FINALLY the day that I’ve been waiting for has finally come. I’ve been sitting on the wheels for months now and I couldn’t do anything but look at them and maybe even just mount them while the car is on jack stands so I can use my imagination. Huge thanks to Alex Markovic for hooking me up with a set of Michelin Pilot Super Sports and as always, Jackie at Zero Limit for squeezing my impatient ass in and getting the tires mounted and balanced in a jiffy.

I’m really only waiting on one more part to finish the car up for now and to have it in a worthy-looking state. There are so many other things to do but I would rather drive it with simple, and good mods rather than piece it together with random shit. The sucky part of having a car with such an extensive list of available aftermarket mods means lots of shit left right and center and only a few good pieces in-between if you look hard enough and put them together carefully.

Anyway, back on topic – right when I got home from work, we made the trek out to get shit done. 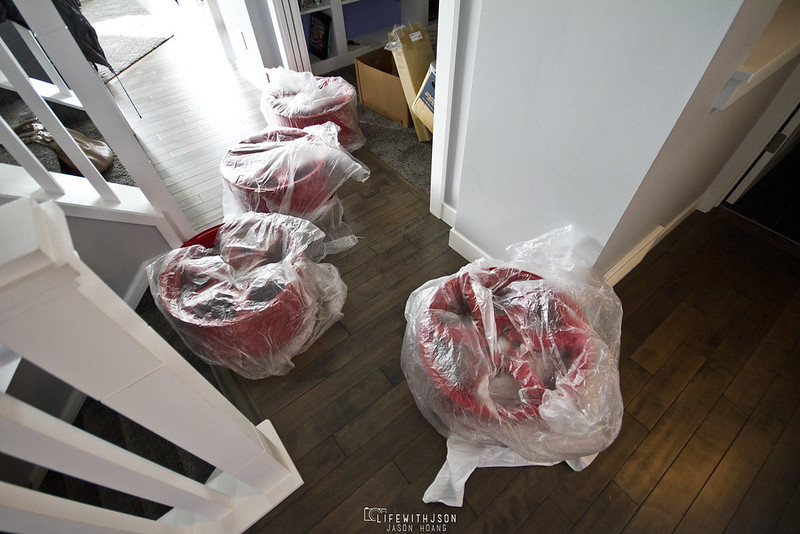 Finally the wheels were able to be pulled out of their boxes. 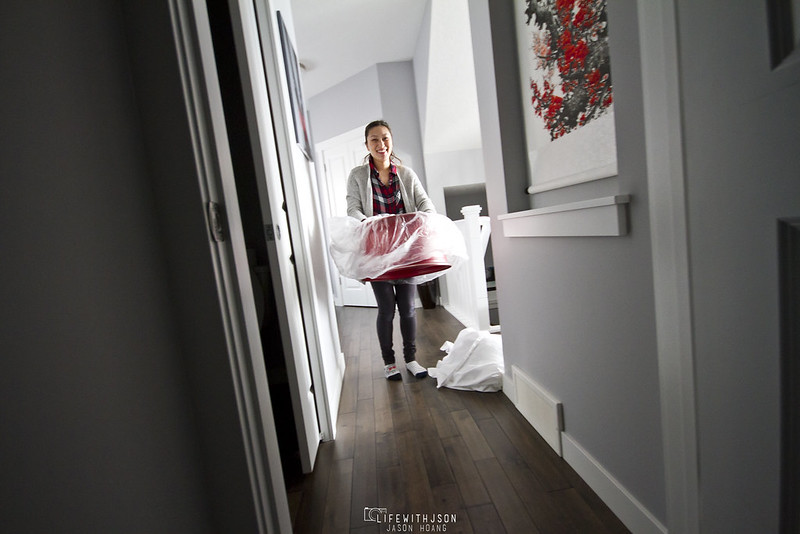 Diana helping gather them in the Fit. 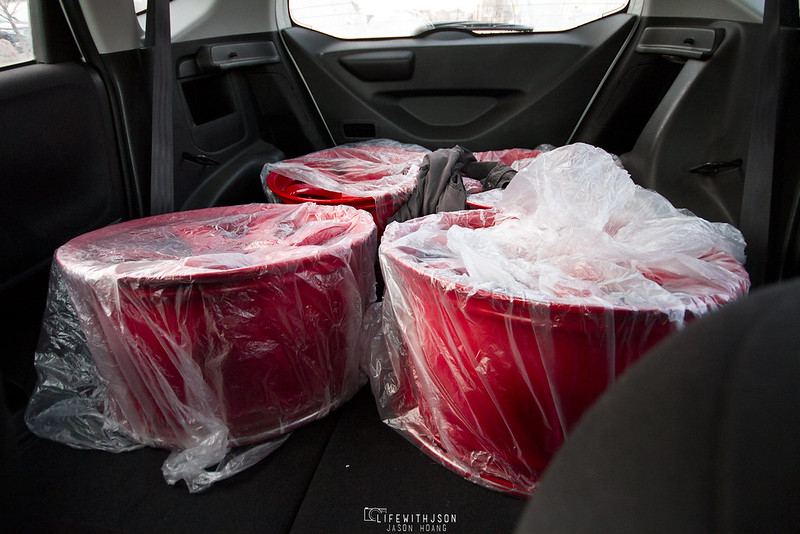 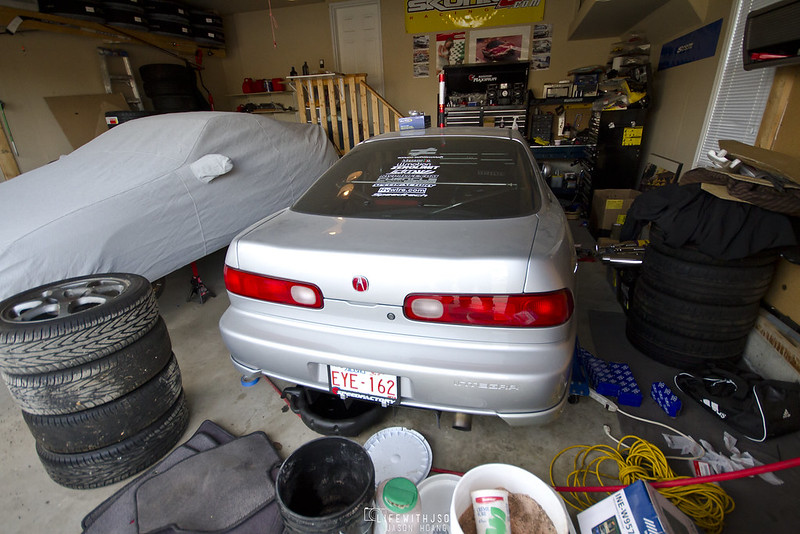 7.5 hours, 3 tanks of gas, and something like 5000km later, we ended up at Alex’s house to pick up the tires. (That’s an extreme exaggeration, but him and I literally live on the ends of the city and it was probably a 50km trip one way LOL). I did owe him some shots of his (extensive) car collection, but I was in a hurry to get to Jackie’s shop before he went home, so I only got a few… His Integra that everyone is so familiar with sitting off to the corner. 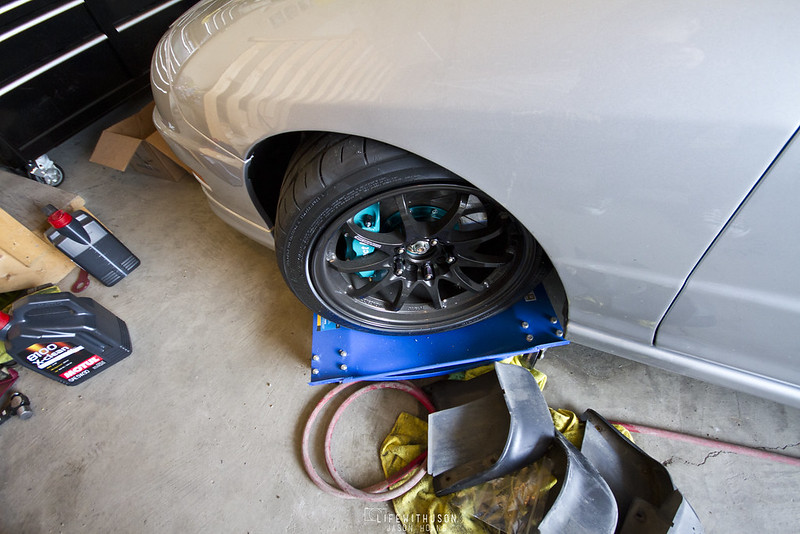 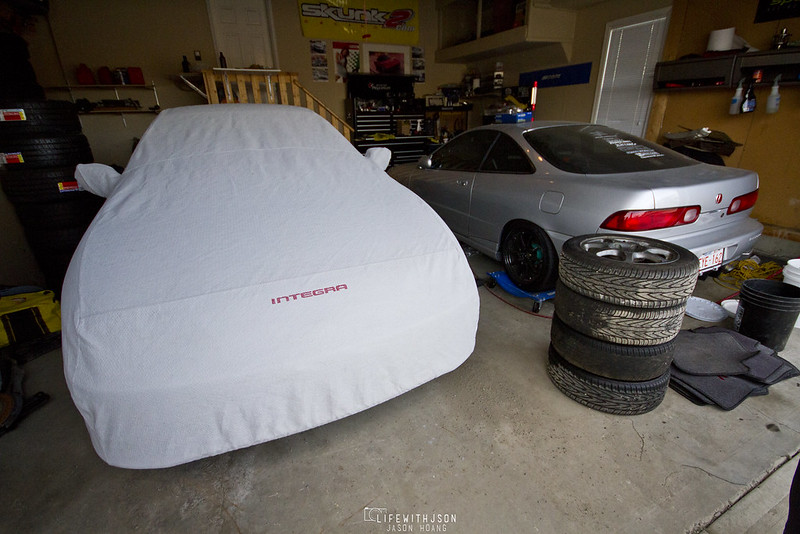 Under the covers is his newest addition… to his hefty collection of 5(?) cars. He’s well on his way to owning the whole Honda family. 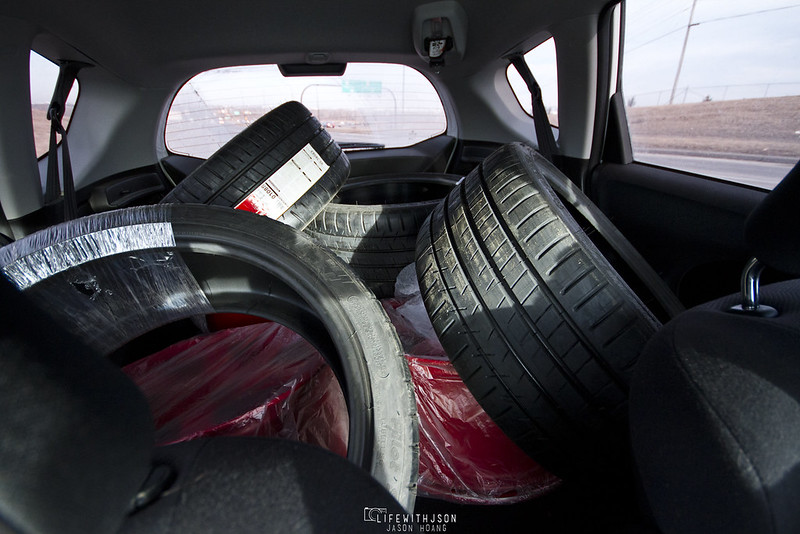 Tires joining the wheels on our journey 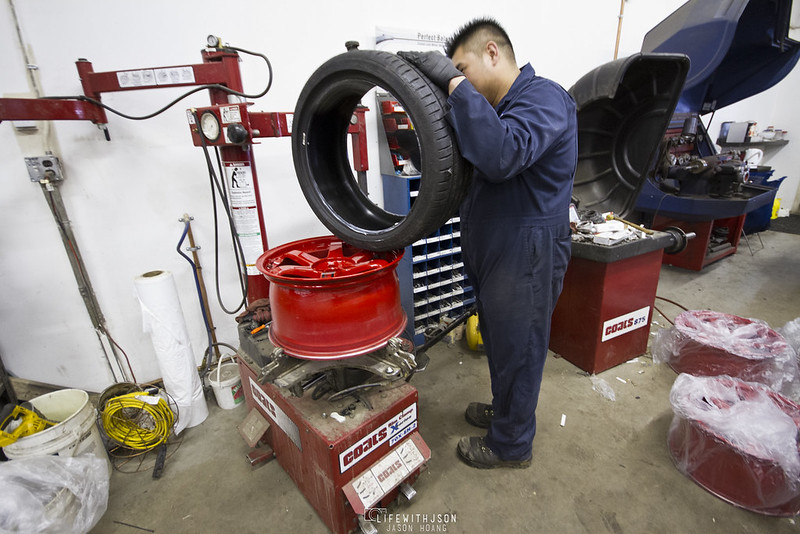 Finally made it to Jackie’s and he got to work right away! Again – huge thanks to Jackie for helping me out and dealing with all my changes in schedule and then getting work done ASAP. I can always count on JTONG. 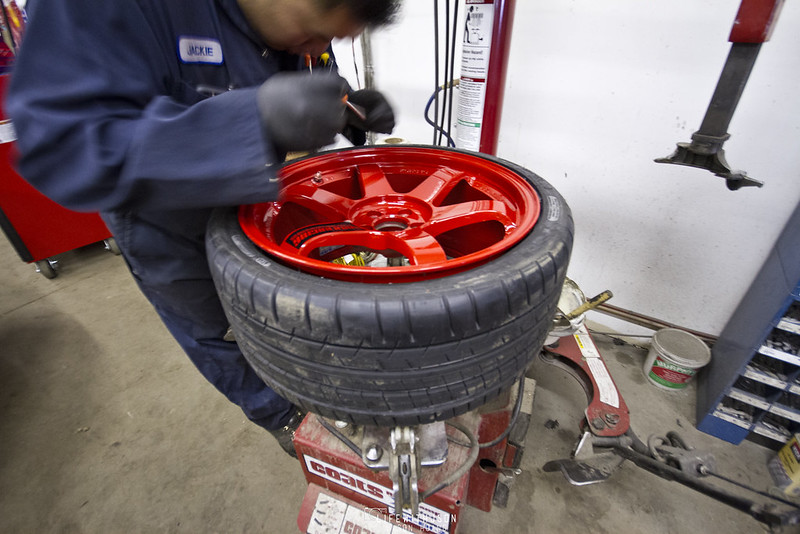 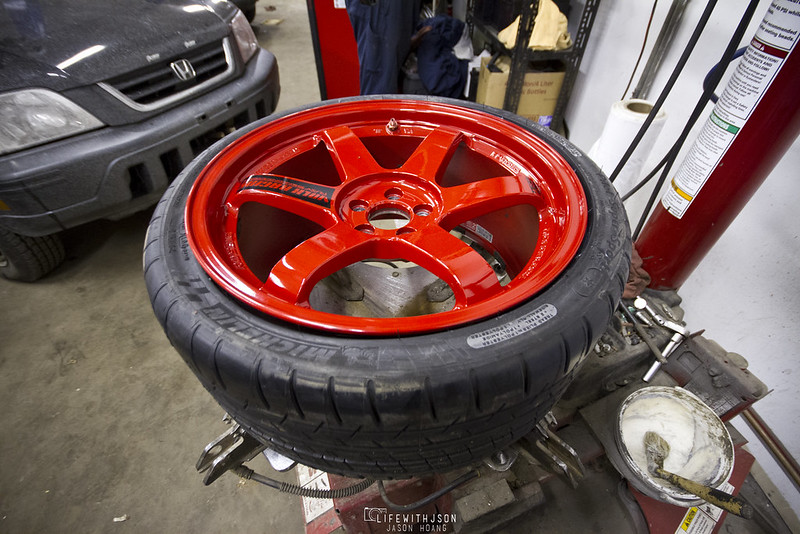 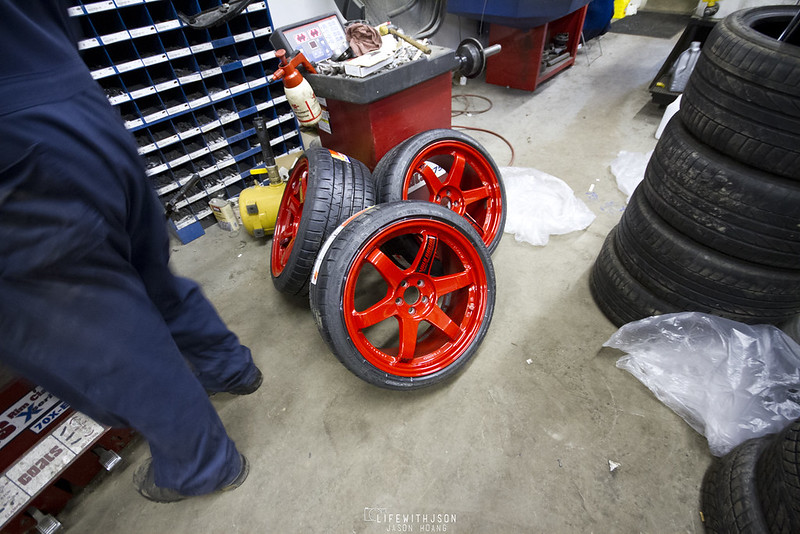 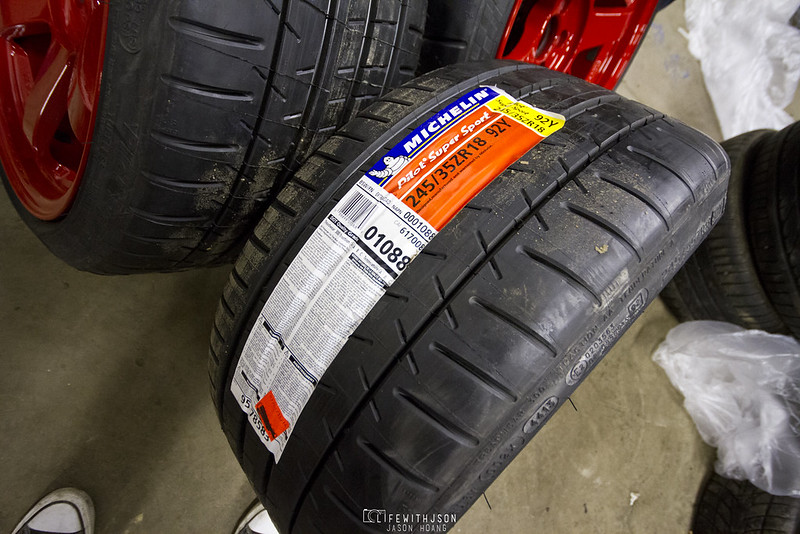 Can’t wait to start testing these tires out hard! 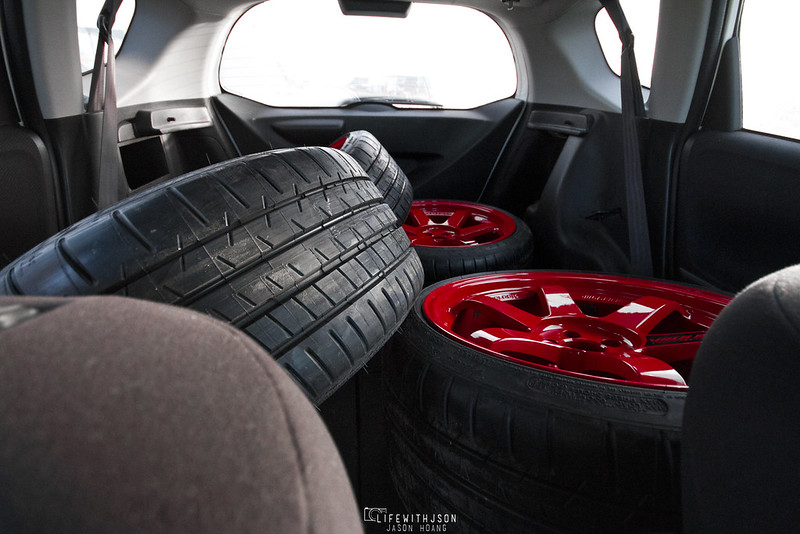 Now that they’ve been put together, back home!! 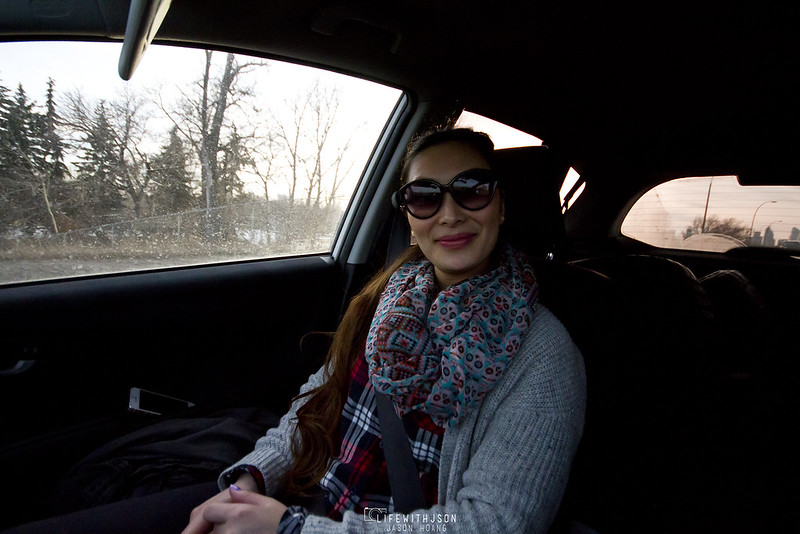 A shot of my lovely helper. Diana has always been awesome for joining me on these trips and dealing with all the car shit that I do and go through. 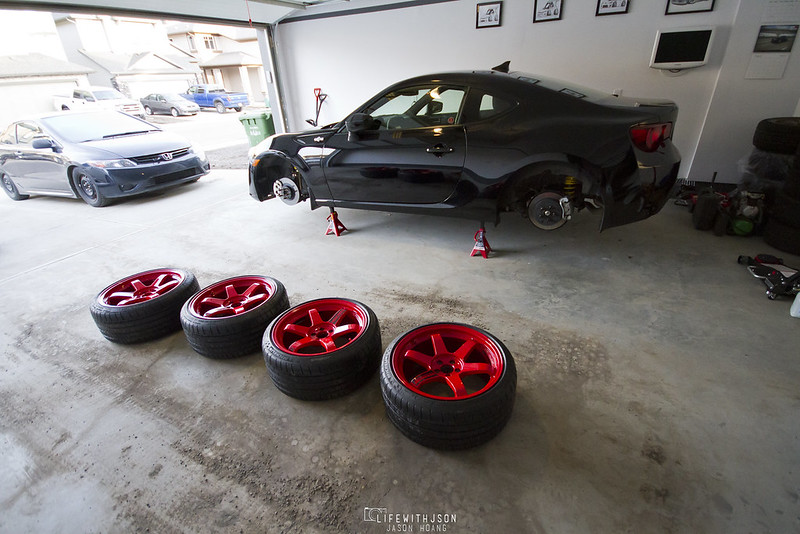 Finally home two hours later and I’m ready to slap ’em on ASAP. The car has not moved from that spot for nearly 5 months. 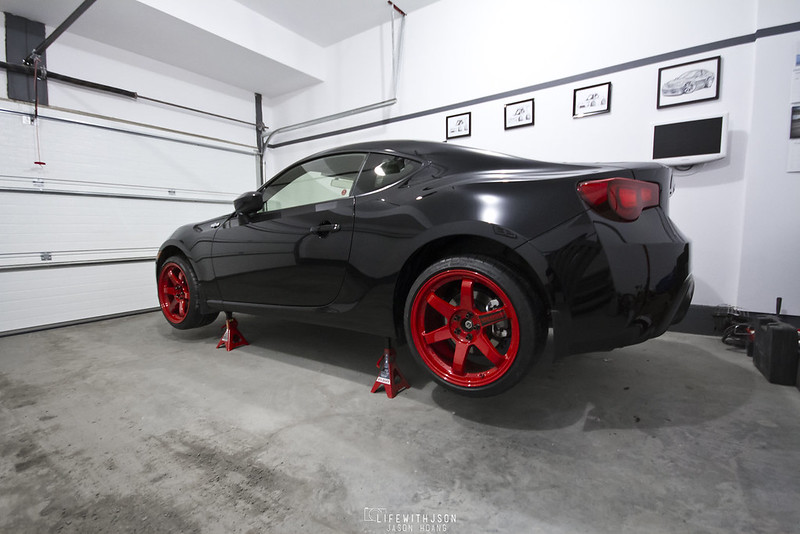 Mounted on and ready to be dropped. 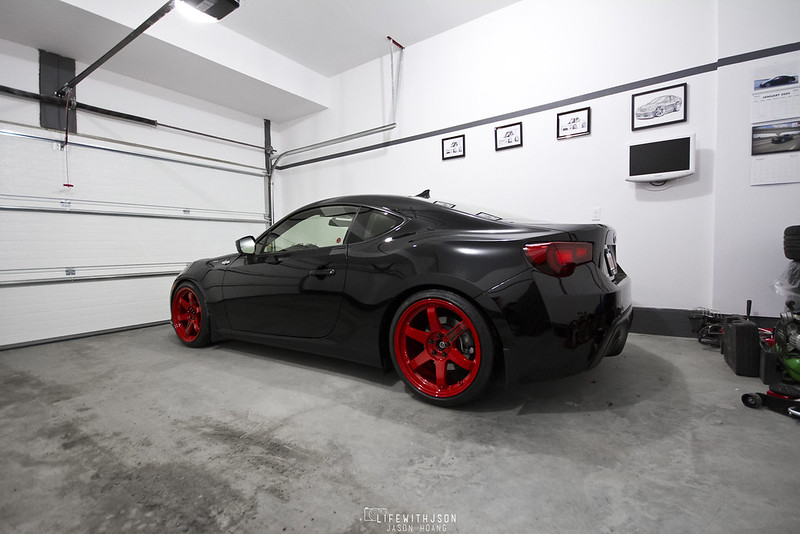 BOOM. I must say, at first I wasn’t too happy with the red but I am learning to like the combination of black and red. It’s a nice combo. 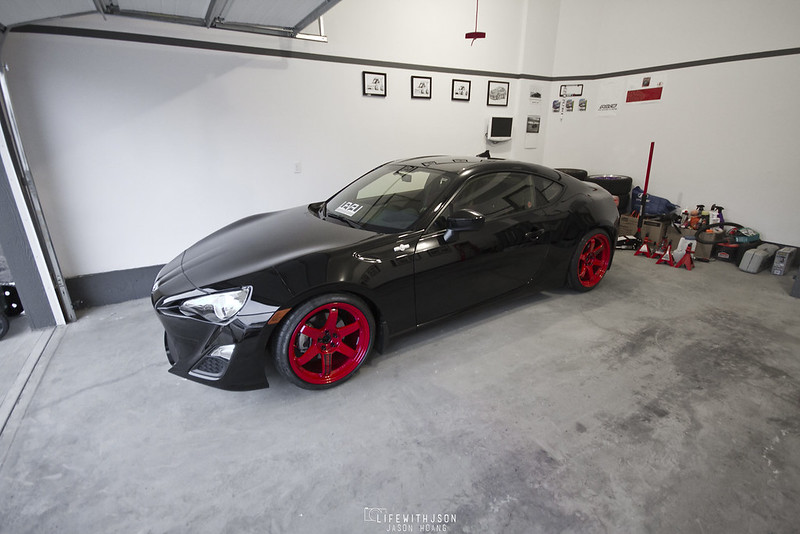 A shot from the front quarter 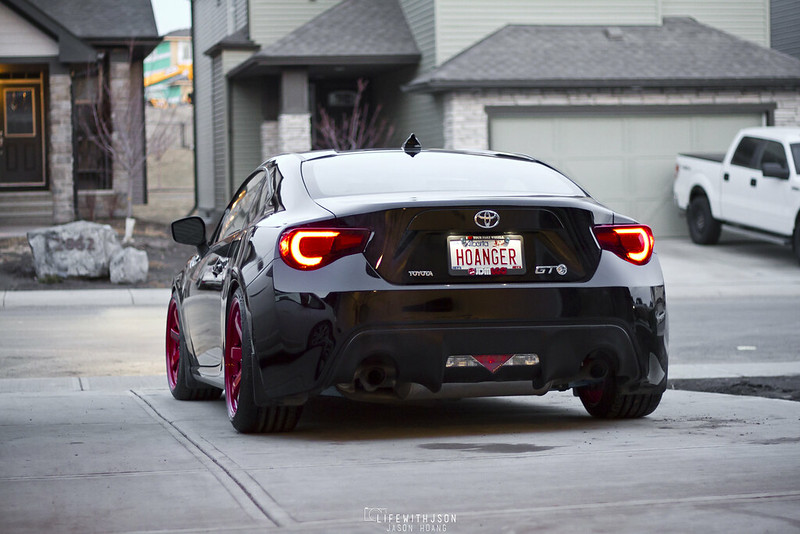 My favourite part of the car is from the back… I think it’s always been. I’m an ass dude… Fitment is pretty good. 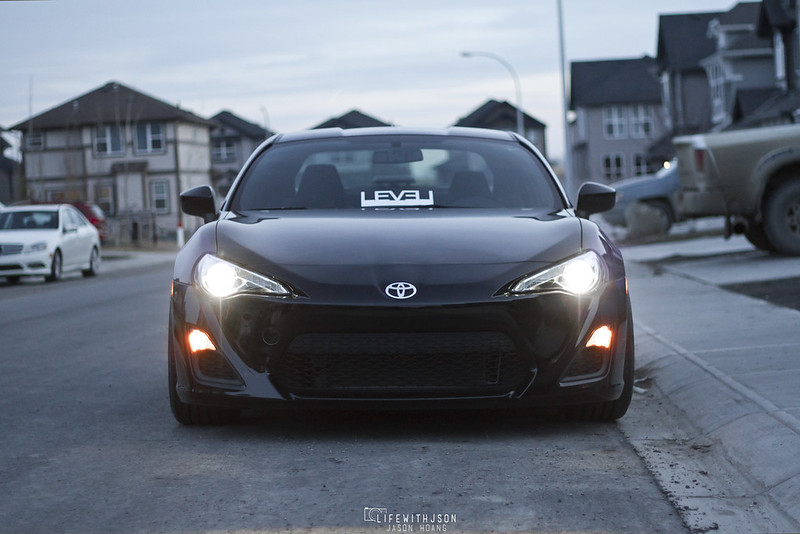 Took it off the driveway and didn’t scrape or rub… It’s always kind of scary trying to get off your driveway for the first time after lowering your car… You never know what you might hit or scrape. 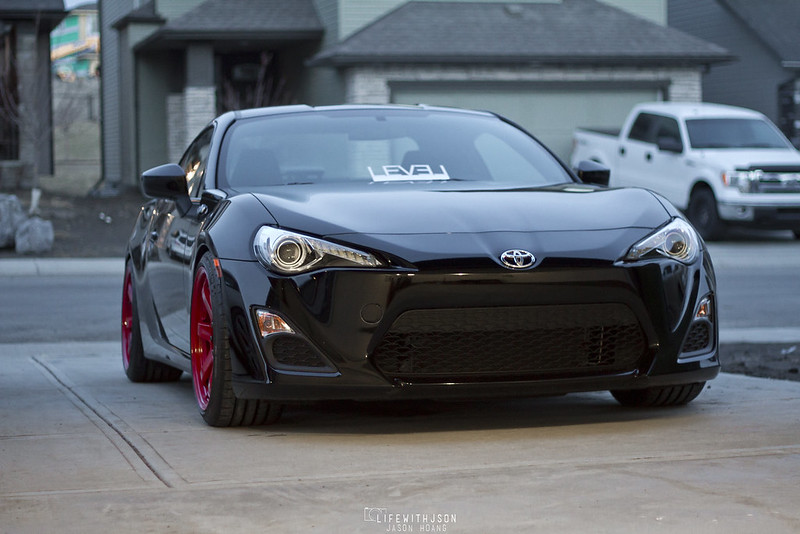 Took it for a quick drive and noticed a few things that I need to adjust quickly… The front right passenger is clunking a bit so I gotta tighten things up, the front is a tad higher than the rear, and the alignment is way off so all my lights on the dash are on… Other than that, she rides pretty much like a dream. The coils are a bit stiffer than stock so it’s a nice ride and it’s way nicer to drive on wider tires to feel more planted. It was probably a 2 minute drive, but I’ll most likely be dreaming about it tonight.

I’ll be checking it tomorrow to see if I can fix the little things up and adjust it here and there… She won’t be coming out of hibernation just yet – I just wanted to stretch her legs a bit – so it’ll be a few more weeks before I take it back to Jackie’s for an alignment and then she’ll be out and about!

6 thoughts on “Walk a Mile in these Louboutins”