I just remembered that I haven’t had any official shots of the FR-S since I’ve had it out! My package didn’t come this week so the updates will have to wait a little longer. The tracking says it’s in Calgary, but who knows when I’ll get the call to pick it up…

Anyway, Diana and I were over at my parents for dinner and I wanted to go back up to the spot where we shot Almond’s M3 to take some quick shots. When we left our house, it was lightly snowing but looked sunny where we were headed… It ended up following us and there was a mix of sun and snow/sleet as I began to shoot. An interesting mix for sure and it’s no surprise that Calgary would have two different types of seasons at once.

Just a few quick shots – didn’t get too many cause the car was getting dirty as I was shooting and it wasn’t working out too well. I did get a few decent shots though 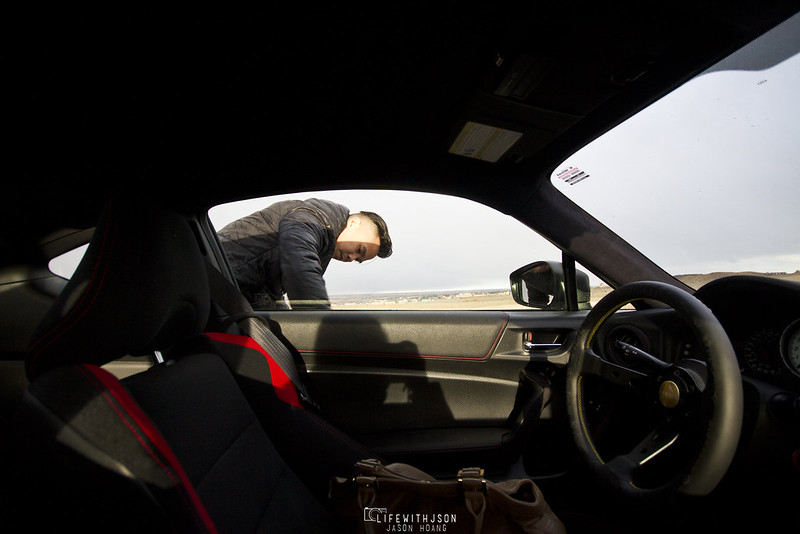 Diana got a shot of me while I was wiping the car down quickly to get it somewhat clean for a few shots. 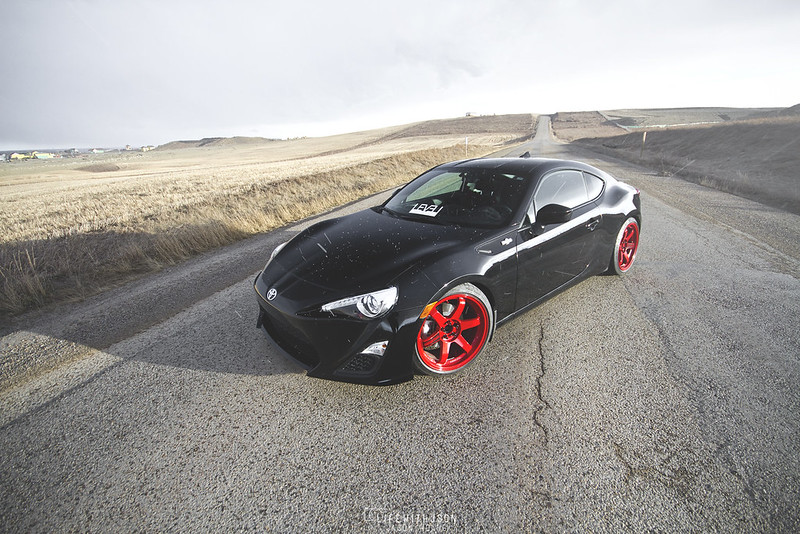 Here is when the snow started blowing all over the place but you can see the sun was shining super bright. 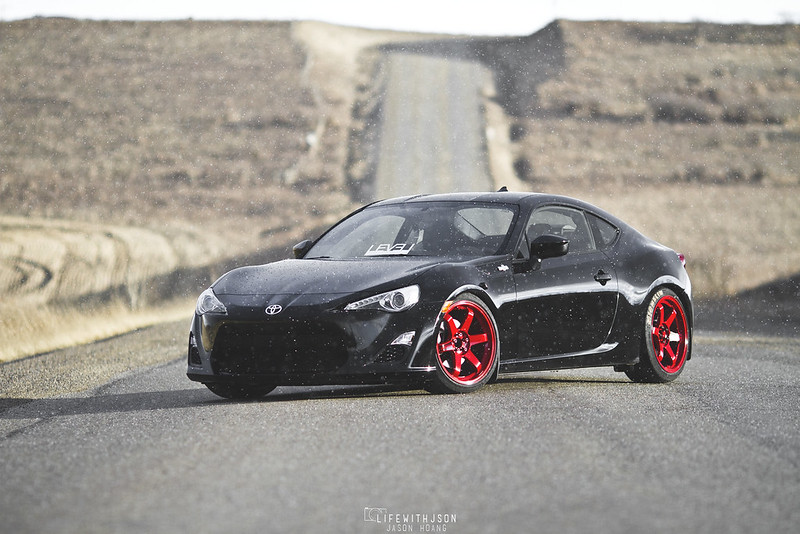 The snow made for a nice effect though… Not complaining. 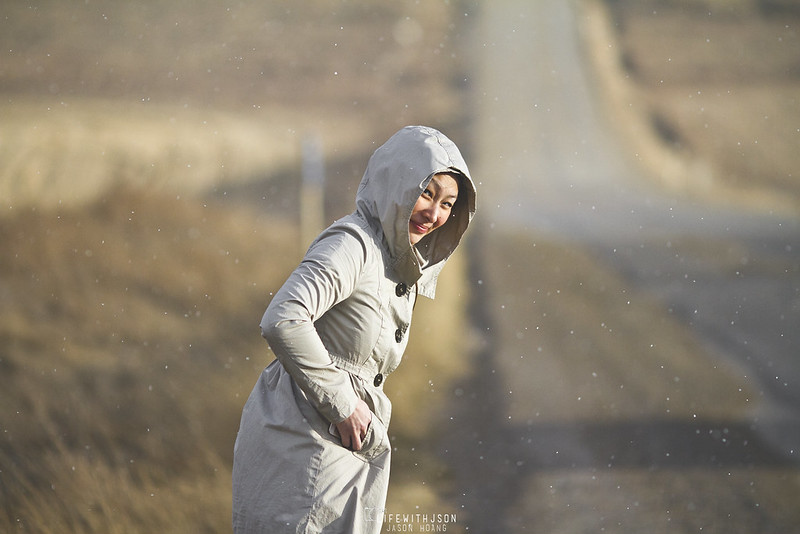 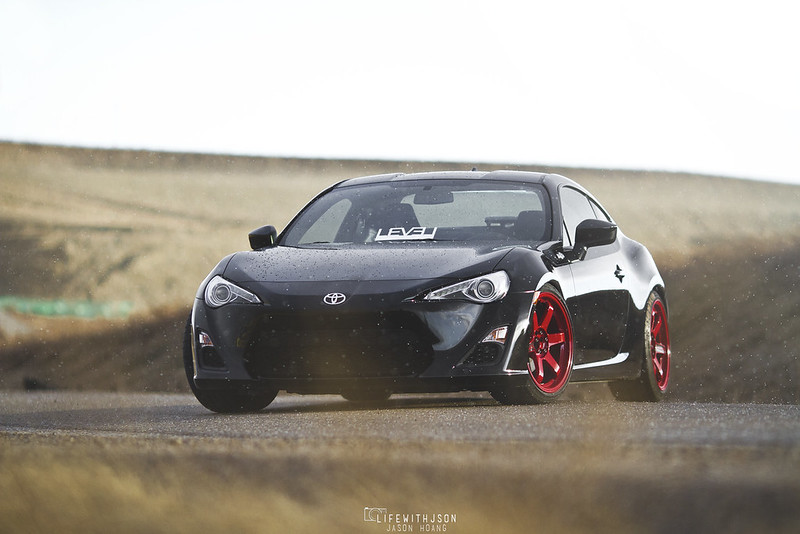 The more I look at this car, the more I love it. I’ll admit, I usually got bored of my cars pretty quickly but I still love it the same as when I picked it up. 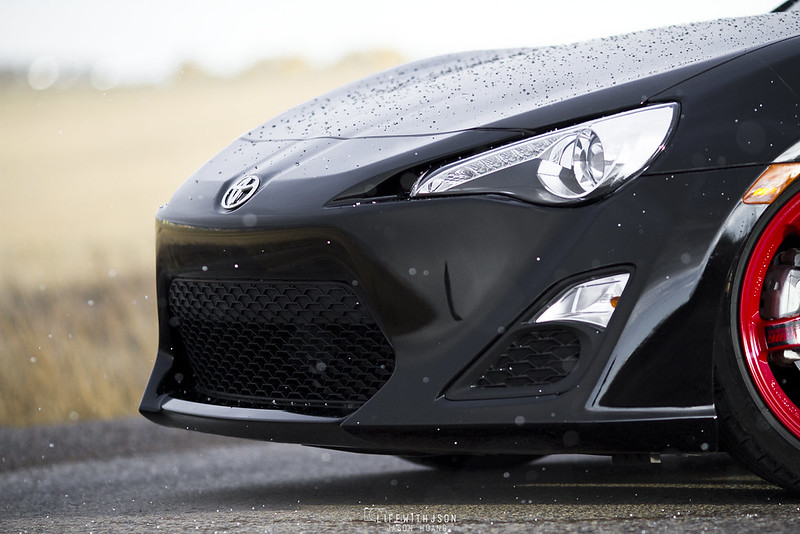 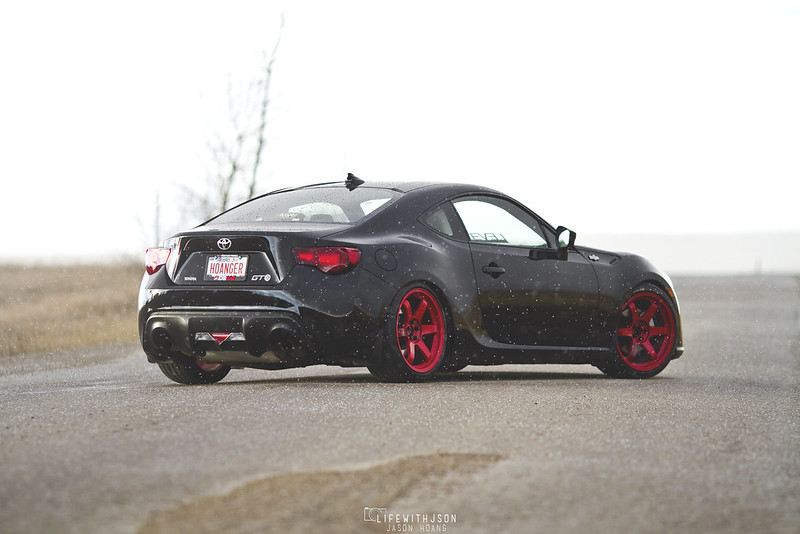 The lines of the FR-S are still the best IMO. Those hips don’t lie!!

Anyway, hopefully I can update you guys again soon!