Went through a few pics that I snapped while I had time during set up the night before and when I came in the morning before the show started so there were no crowds getting in the way. It’s way easier to shoot when nobody is walking or waiting for you to finish taking the picture.

Just a few for you guys to see. I’ve decided that I’m not going to repost what is already on illmotion. No point! So just visit the site for the coverage. We’re on part III already!

On a side note – I may not have any content for the weekend because I’m leaving for Vegas on Thursday morning and won’t get back till Saturday midnight. Then we’ve got the Father’s Day Walk & Run for Prostate cancer at 8AM the following day. So brutal. Anyways, apologies if I don’t have any updates for a while! 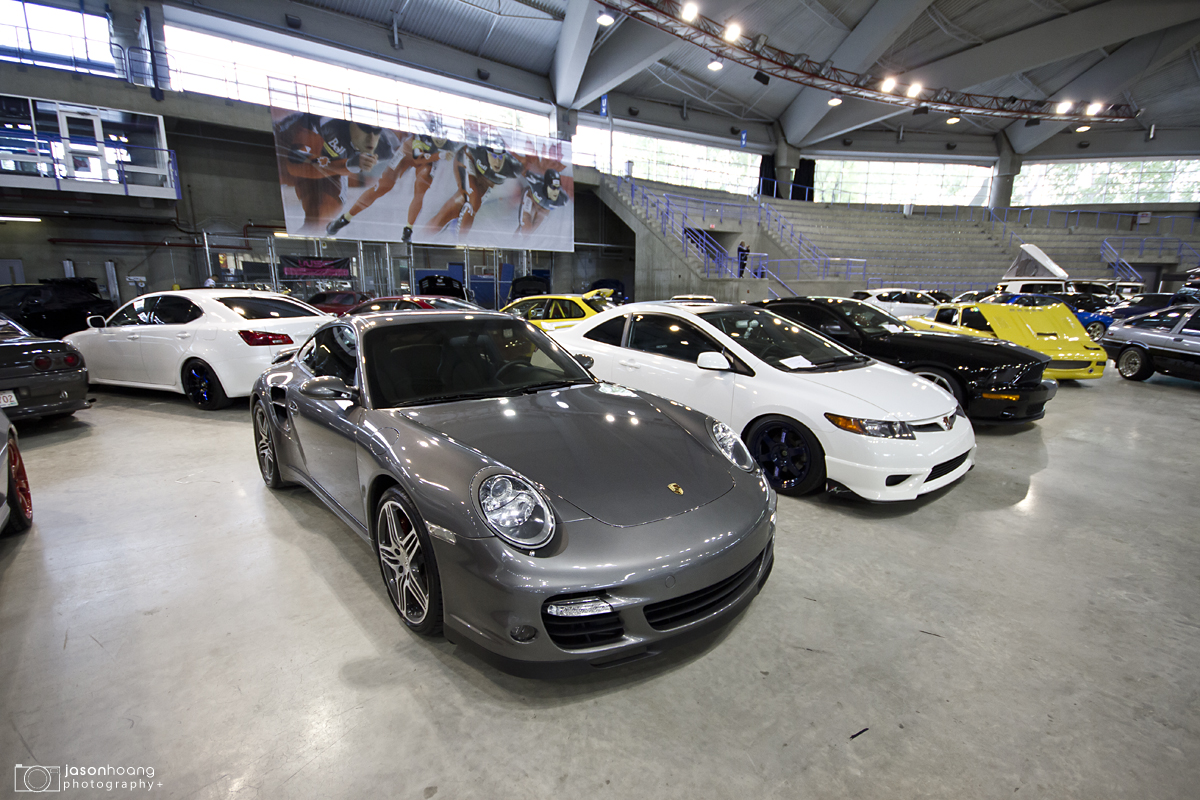 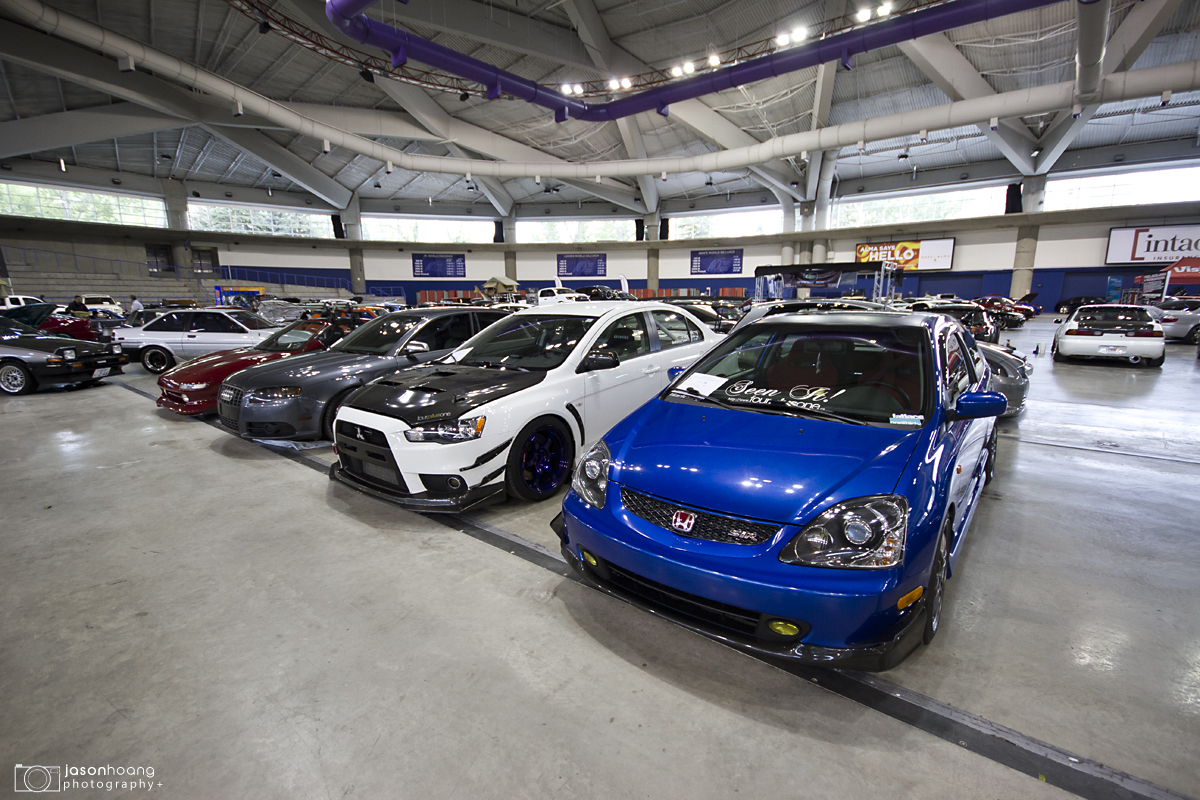 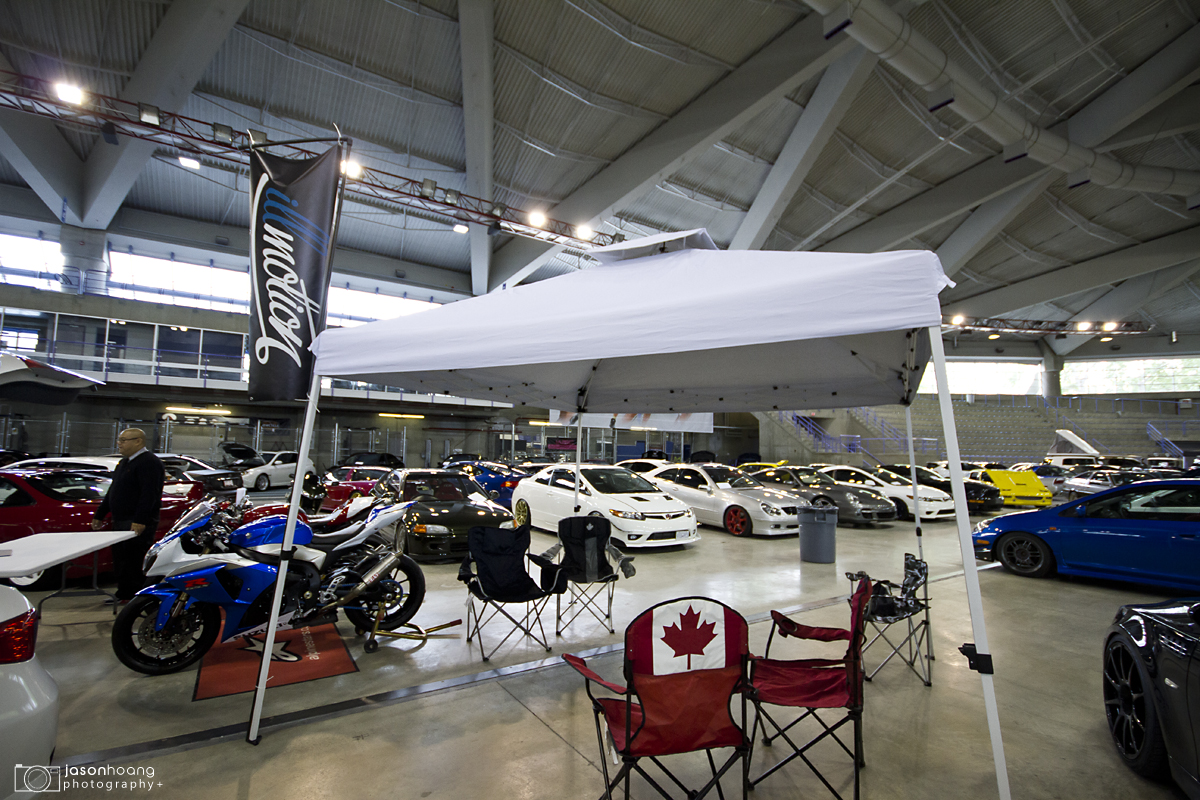 Ryan and Punit doing some finishing touches during the morning before the show starts.

Prashant and his douchemobile. On brand new springs and minty Volk G25’s. SO SICK 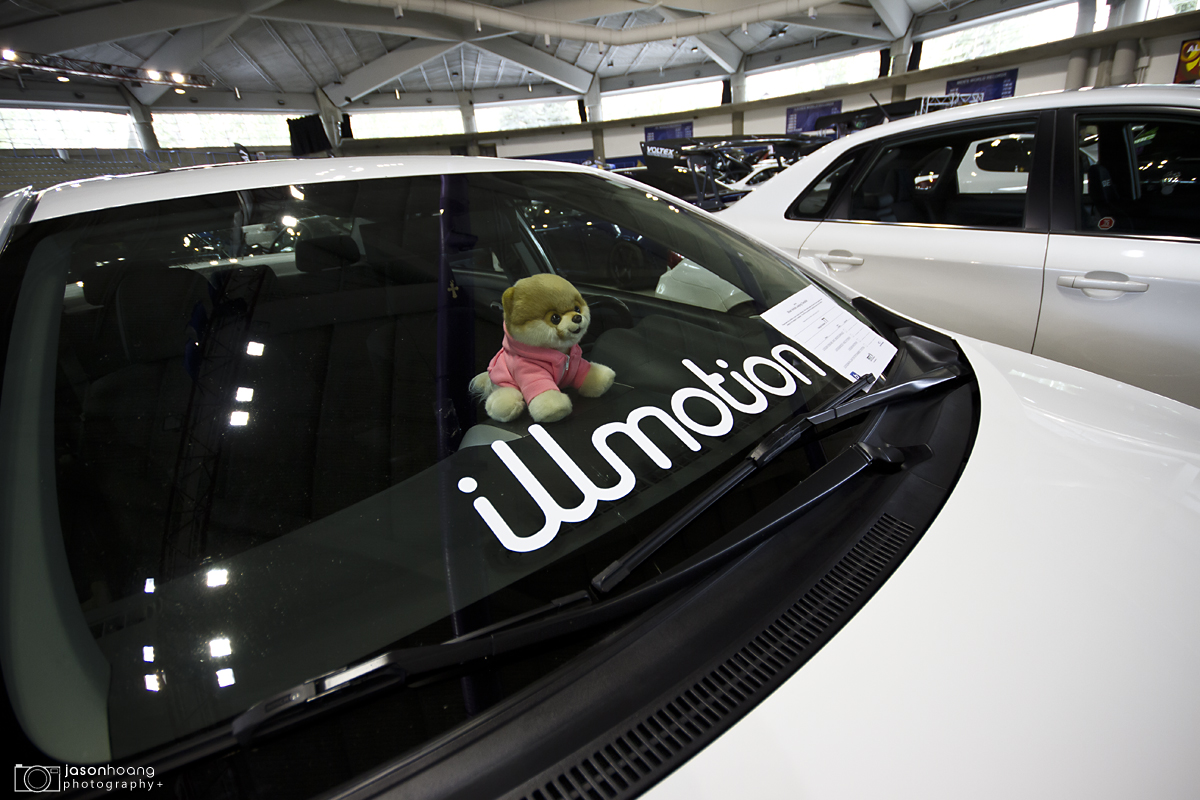 JC and his boo toy. 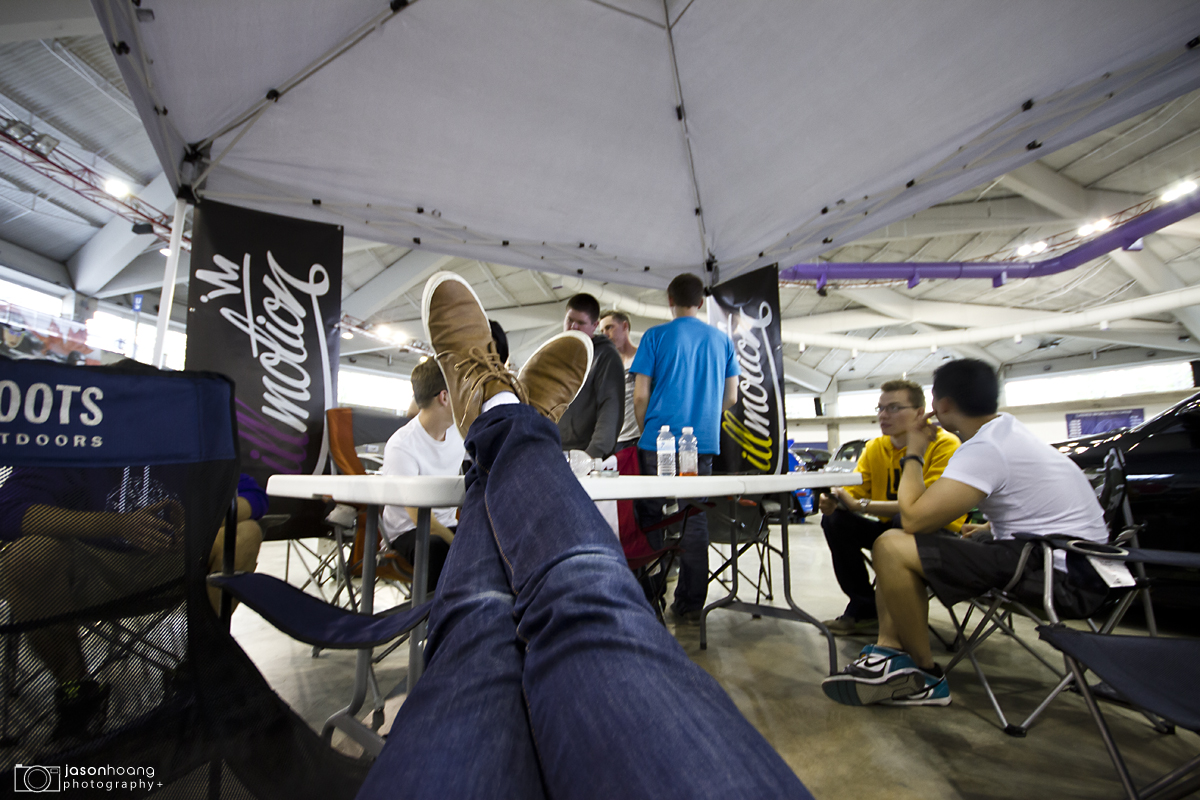 Midway – feet hurt from standing all day so I decided to kick ’em up for a bit.

Quick shot of our booth during the day. JC manning the illmotion side. Naomi and Steph working their side. Boom. Teamwork.