Had a chance to do another photoshoot with Jimmy on the weekend but this time it was inside VEX and his new winter wheels for his wagon. Originally, we were supposed to get together to do a Fall shoot on his TE37’s when the leaves were all orange/yellow but Mother Nature decided to skip Fall altogether and just get straight to winter. It never fails around here…

There was a bunch of snow on the ground and while the leaves were indeed yellow – it wouldn’t be much of a Fall shoot with snow on the ground too. Instead, I asked Jimmy if he had space inside the shop to shoot and well… There was more than enough space in there… I took some separate shots around the shop that I’ll share later, but we’ll stick to keeping this post to be Jimmy’s car only.

This shoot was a little different for me as I haven’t really shot inside a shop before – I was excited for this because it allowed my creative juices to start flowing. The thing about shooting inside a shop is that you’ve got limited angles and a lot of distractions that are not easily avoidable. You’ll see that once you start scrolling, you’ll notice a lot of other cars in the pictures and things laying around. When I photograph cars, I really like to use my surroundings as part of the picture rather than trying to avoid it altogether. I find that if you can manipulate the things around you properly, it creates a sense of separation rather than it just being “in the way”. You’ll find that in my pictures here – I used a lot of vignetting – which I don’t normally do – but I think it helped create a nice sense of isolation for Jimmy’s car in the shop and by colour-grading it to be a little more cool and crisp – your eyes always look at the car before everything else. As I previously said, I’m not trying to make you guys ignore everything else in the shop because they’re there as part of the picture – However, I do want the first and last thing you look at in the picture to be Jimmy’s car. The windows and the shop lights helped create spot lights and illumination for me to play with which was really fun to do… Let me know what you guys thought of this set.

One of my favourite shots of the day was this one. The rear garage door windows and the white lights paired with the white paint was perfect. 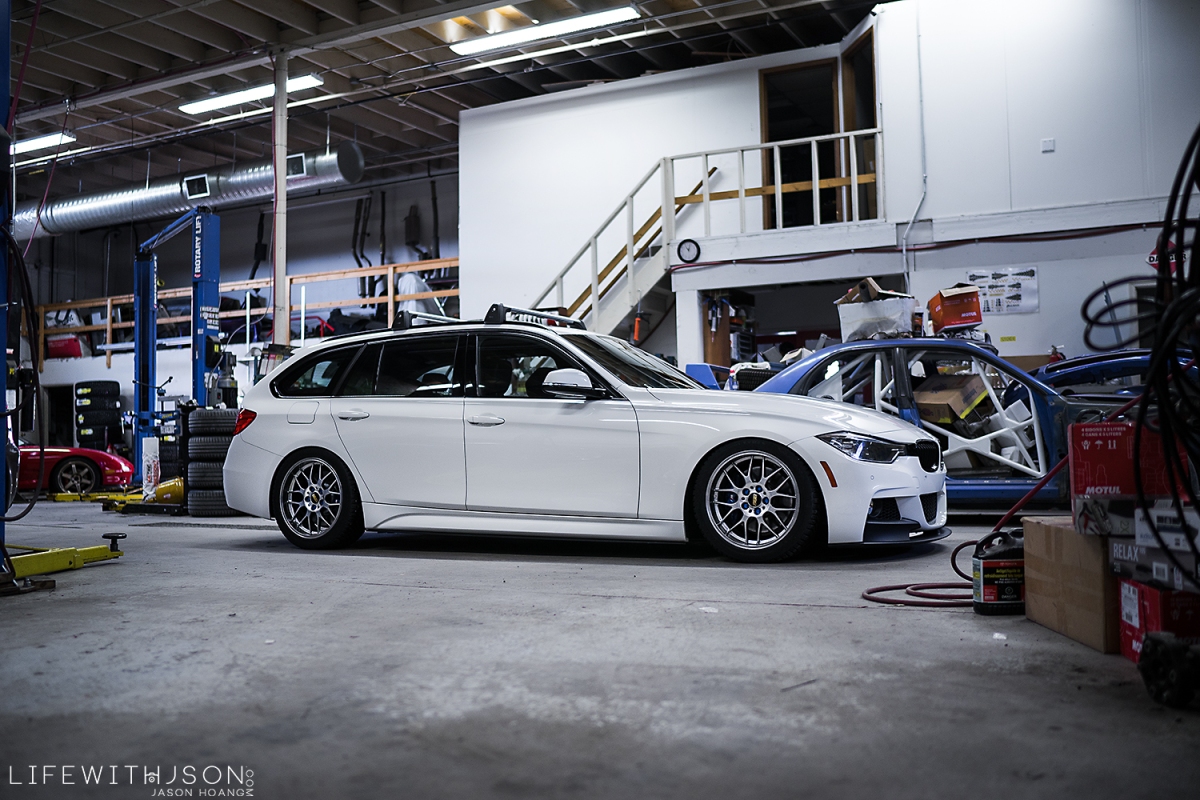 A shot here used a lot of shadows and miscellaneous parts sitting around the shop but Jimmy’s car still stands out perfectly well. 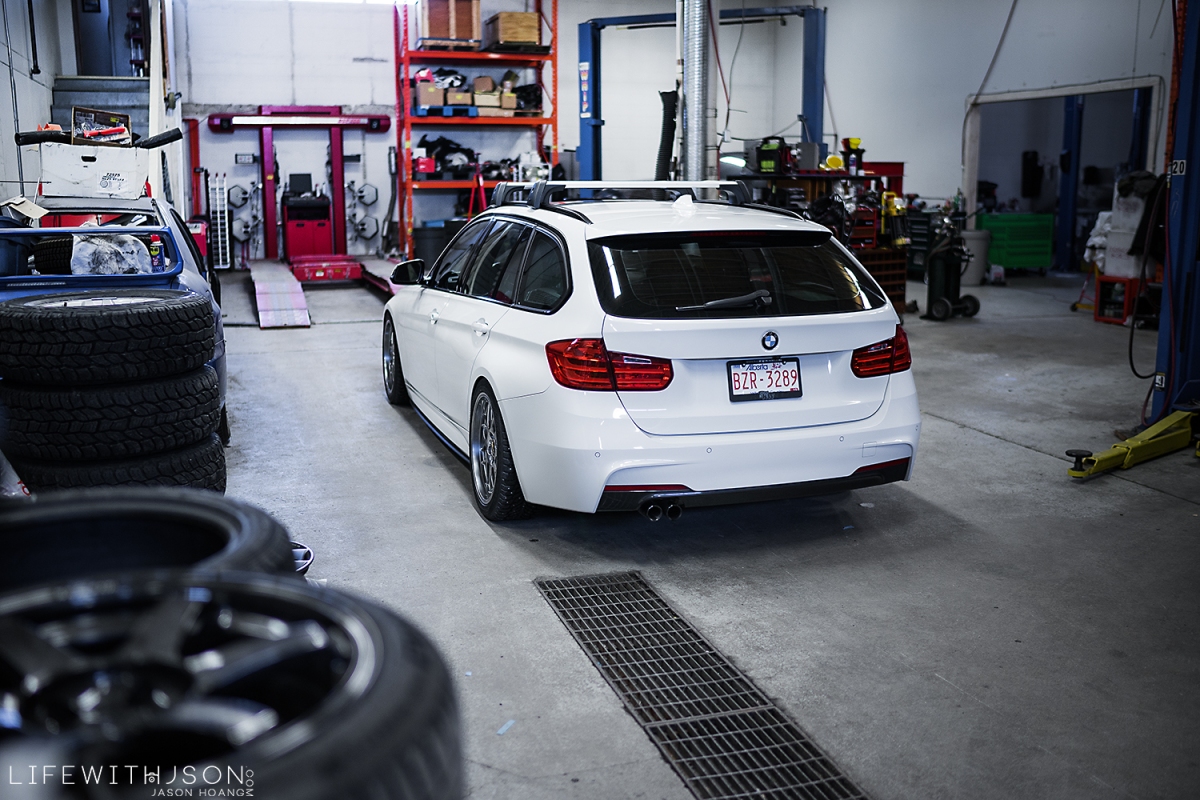 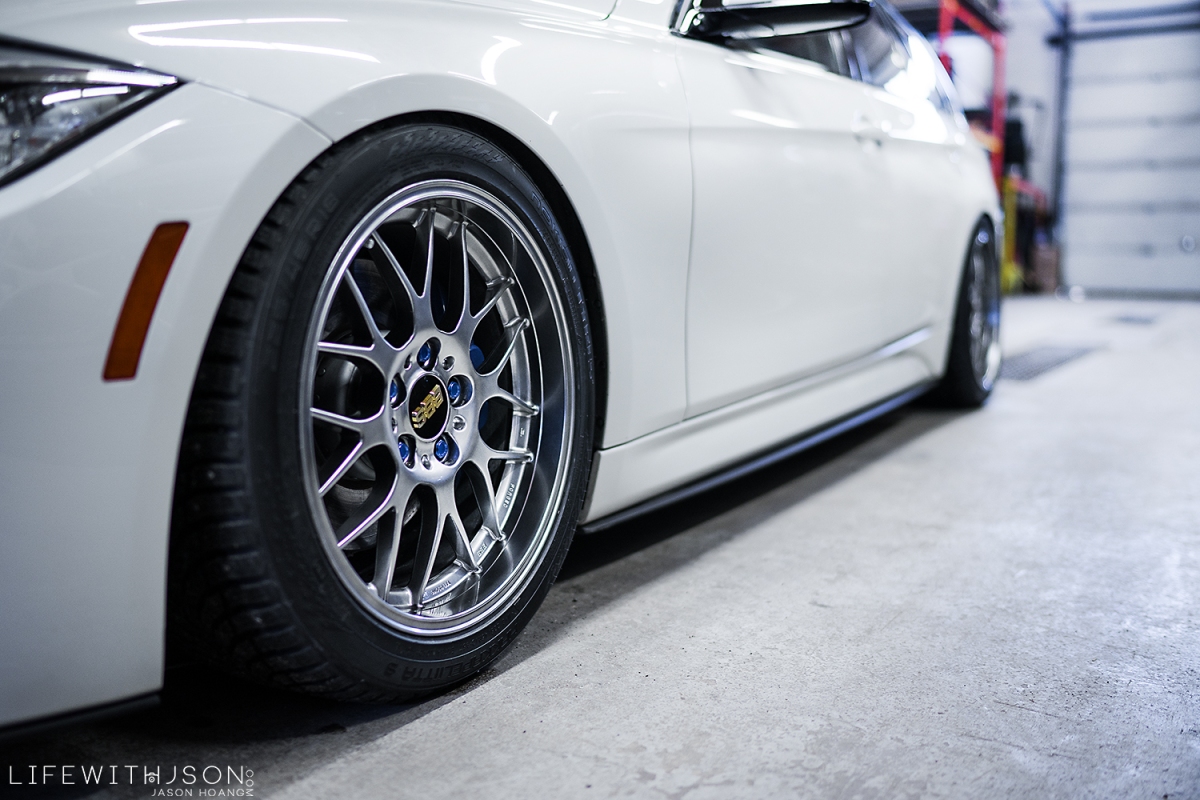 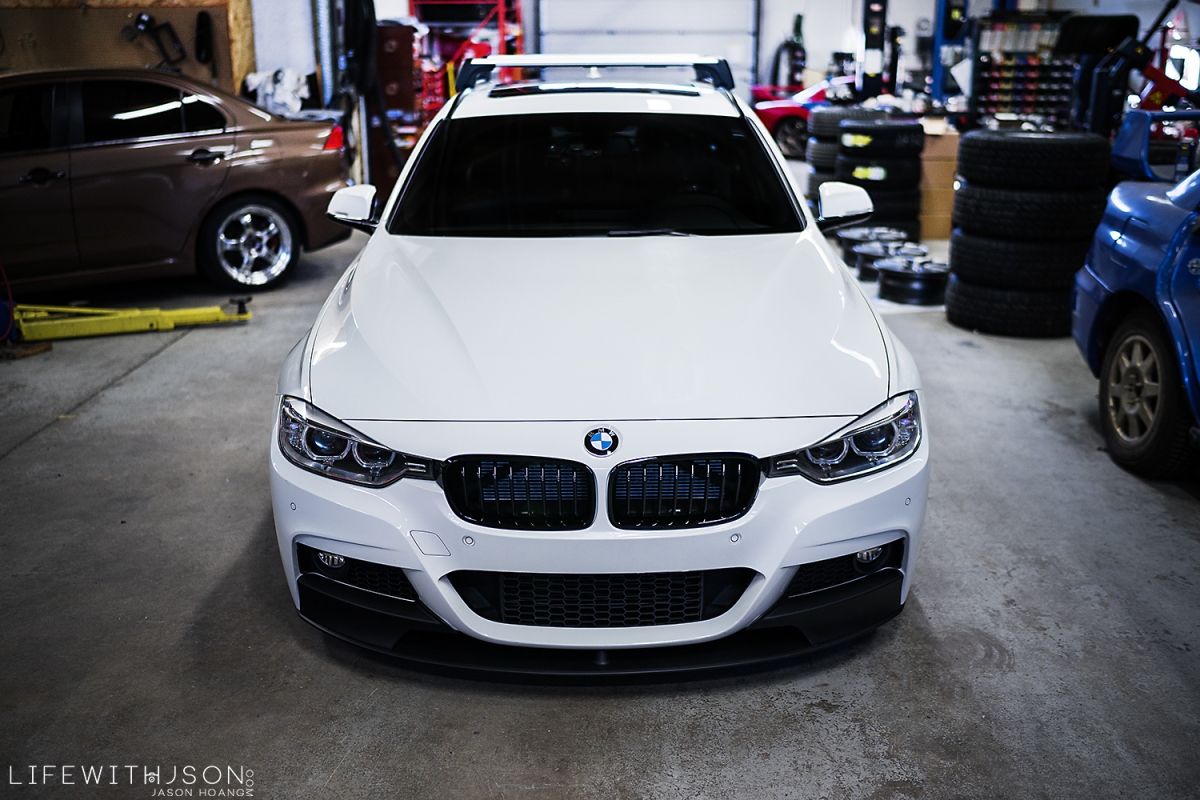 It’s hard to not love this front end – it’s so aggressive and clean. 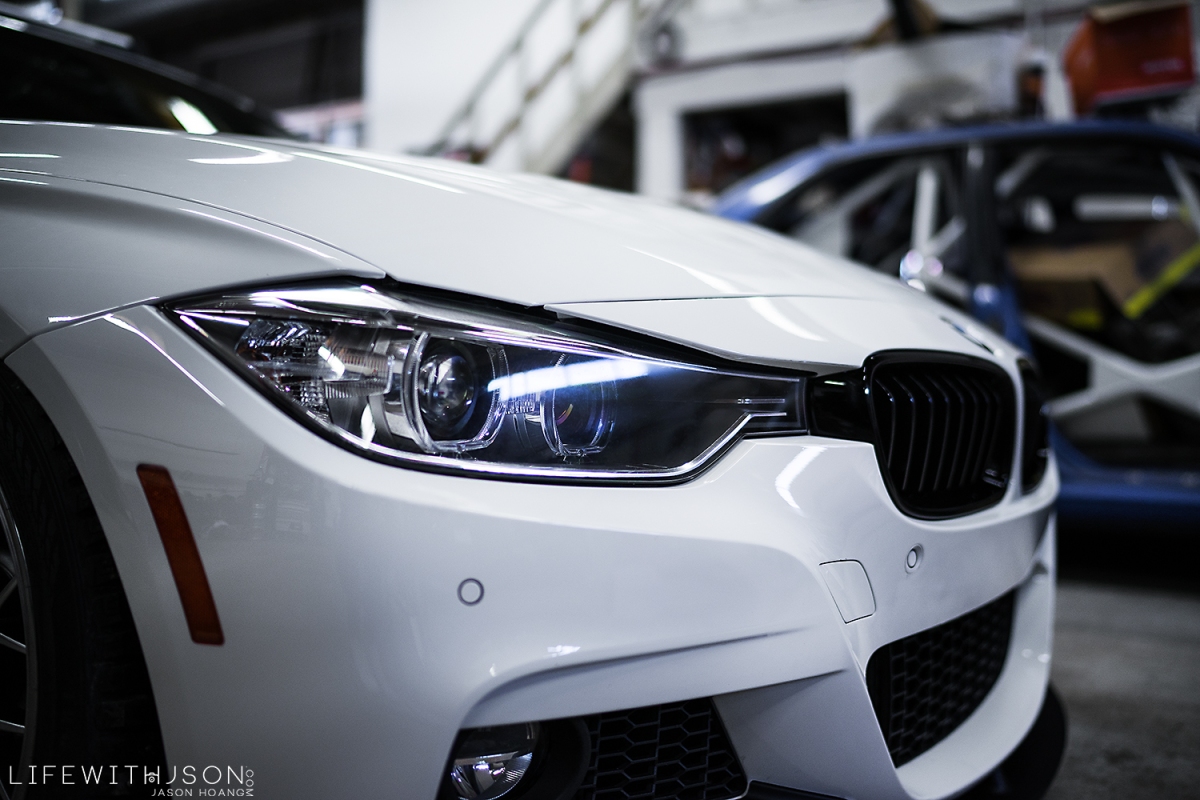 Is this Need for Speed or what?

VEX had A LOT of room for activities and lots of spaces I could go and walk around to get multiple angles. This was another good example of that. 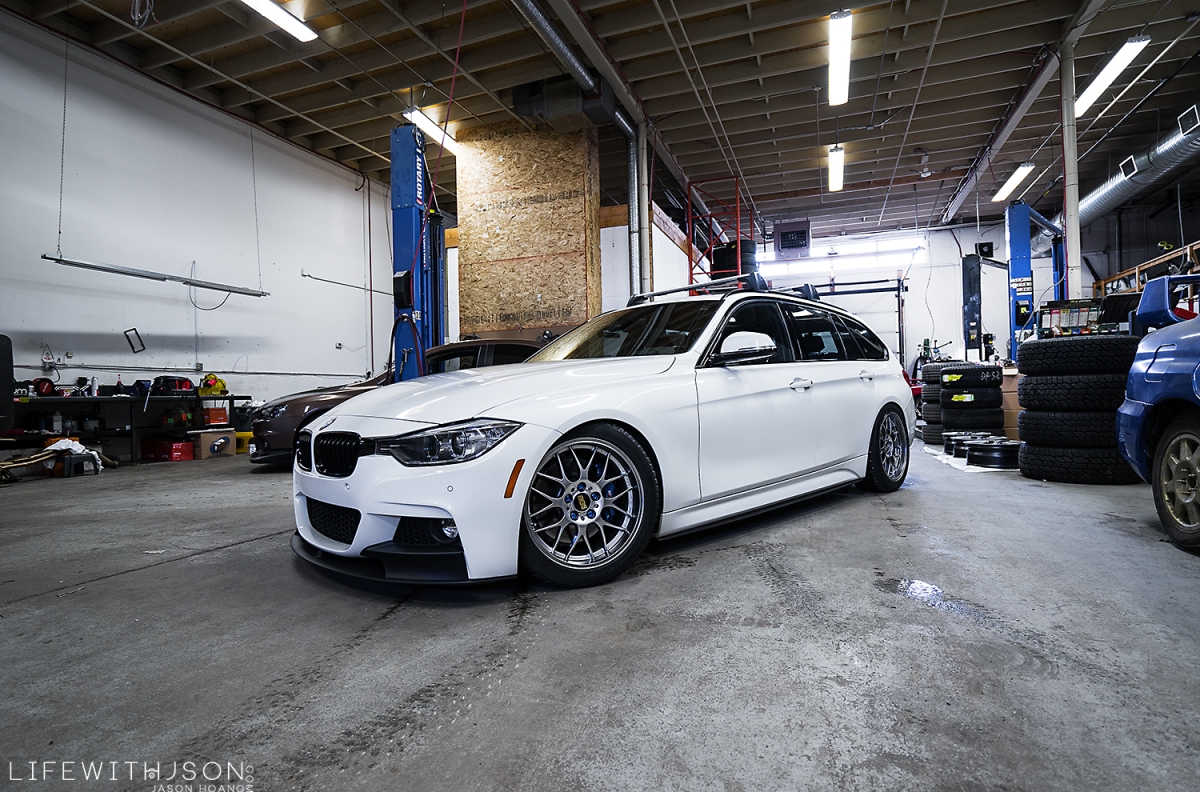 Can anyone recognize the JDM Icon on the left there? Or was Jimmy’s wagon too distracting to even notice? 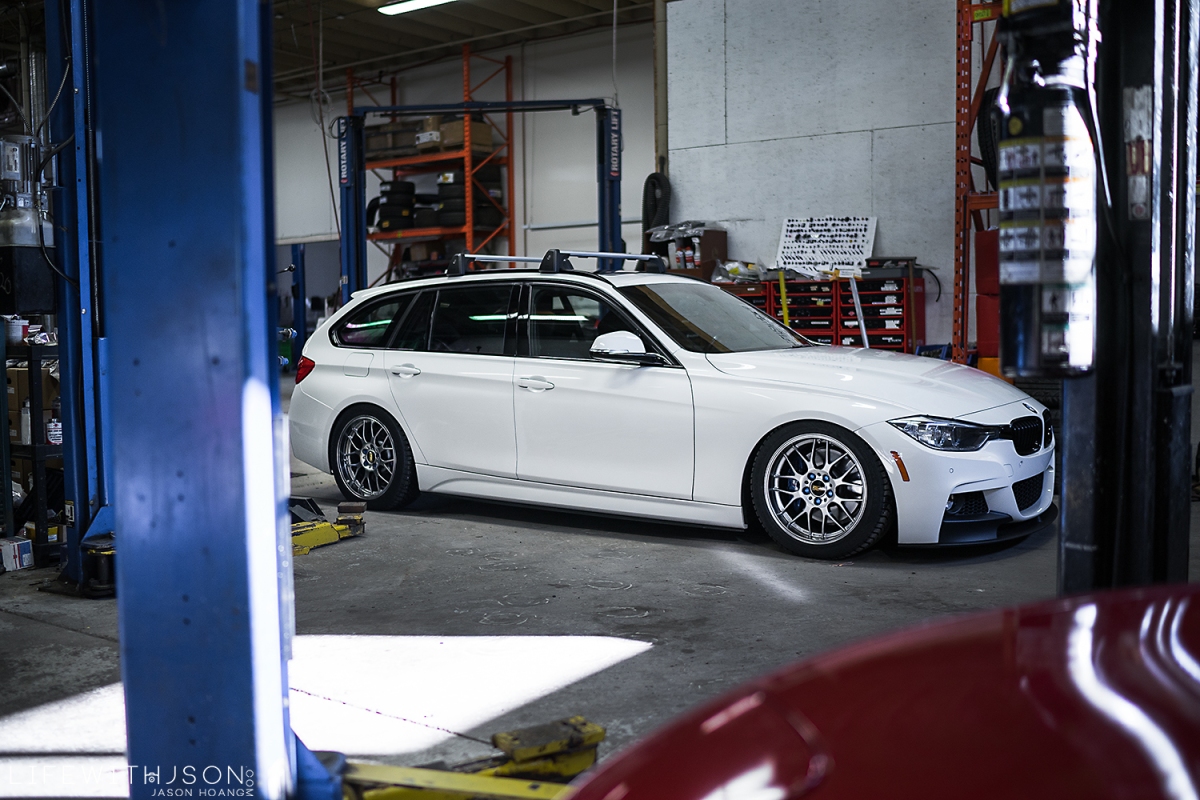 The sun was perfect that day as it shined through the windows. I always get lucky with the light when shooting with Jimmy. 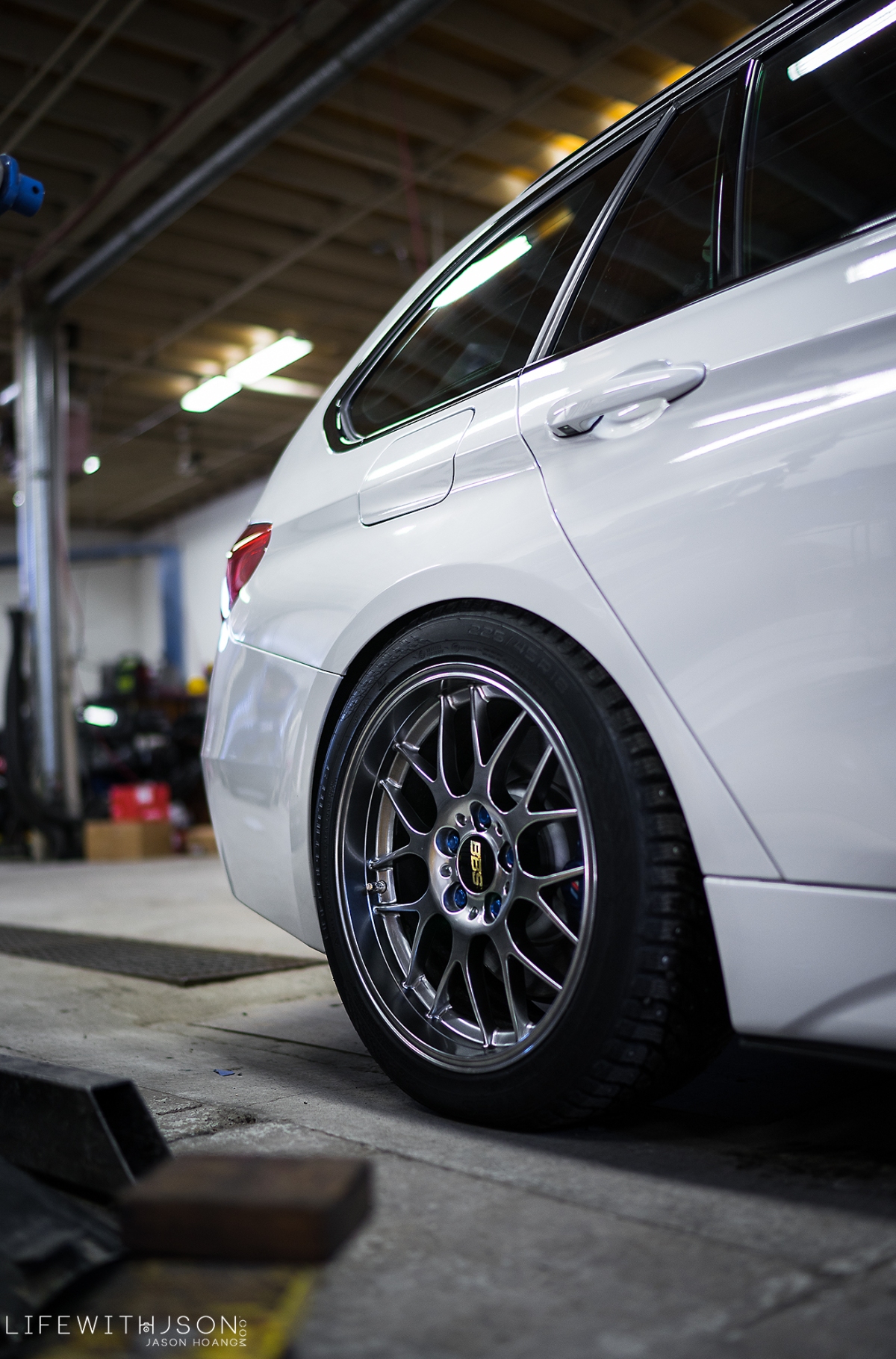 A rear shot of the RGR’s

Up close and personal

I really need this wagon in my life. That rear is just so good. But I’m also an ass man… So I could be biased. 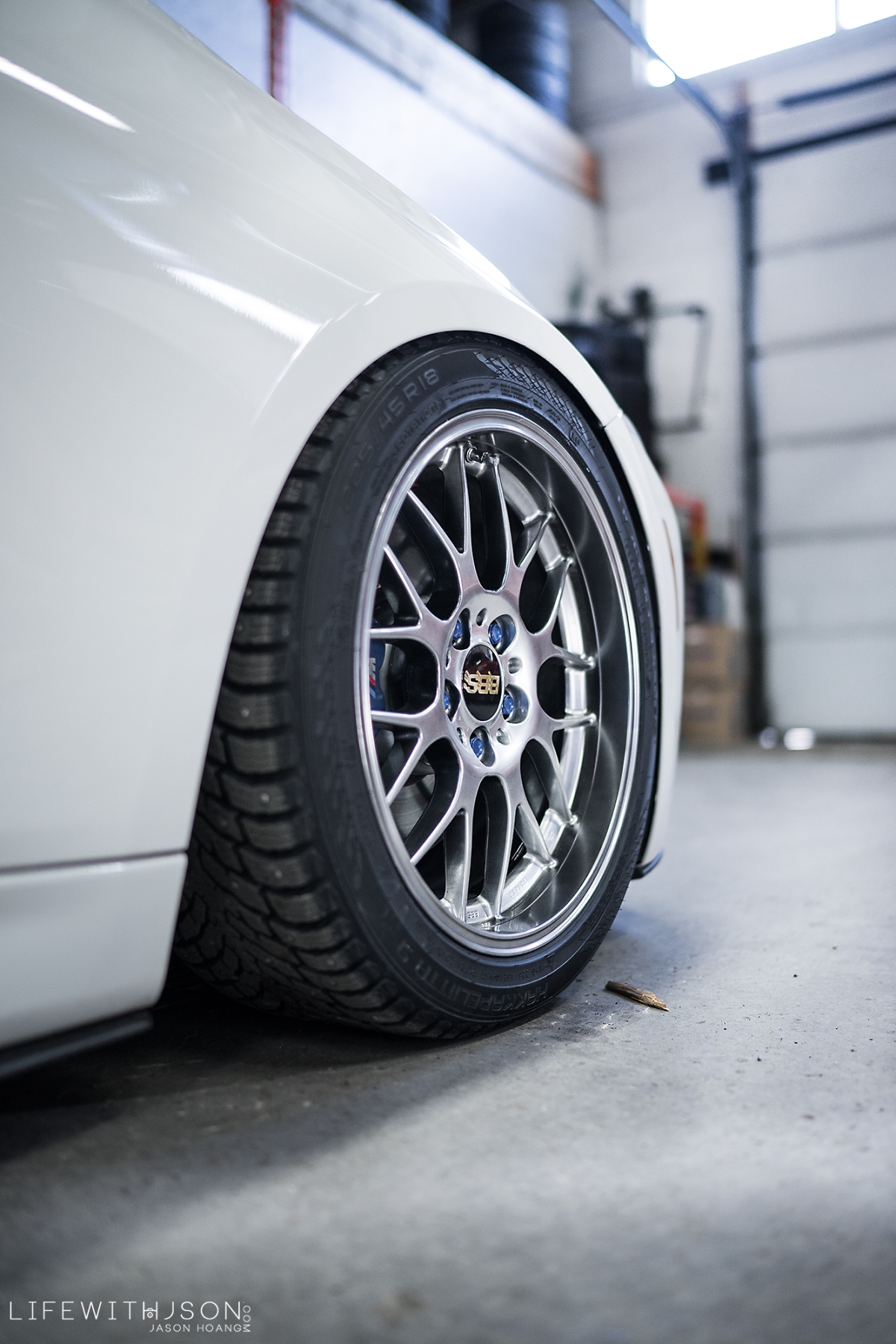 And a quick shot outside in the yard to show you I wasn’t kidding about the snow in the middle of Fall. Orange/yellow leaves and snow on the ground. Brutal.

End. You likely haven’t seen the last of Jimmy’s wagon – I’ve still got a date with him and the TE37’s so whenever the weather cooperates with us is when we’ll shoot – whether that be this year or next…

Adios! Stay tuned for some side shots of VEX in a separate post…