Finally adding a few finishing touches to the car with some simple tire stencils. I’ve always liked the idea of the tire stencil – especially the IDLERS one on RWB Porsches, and as much as I like the look, it just wouldn’t make sense to put on my car. So I decided to just use a typical “tire brand” stencil and be done with it. My co-worker is huge into crafting and she has this machine called a Cricut that cuts out designs and stuff for scrapbooking and other fancy things so I mocked up the Michelin stencil in photoshop and sent her way to cut out on some cardstock for me and it turned out perfect!

So once I came home, I took the wheels off, Diana masked up the wheel and tire and put the stencil on and I just sprayed it as she held down. It’s tricky at first because you want to make sure it lines up but after the first tire, it’s super easy. I think it would’ve been even easier if it was cut out on vinyl like the Speedhunters one but ah well… Hindsight is always 20/20. 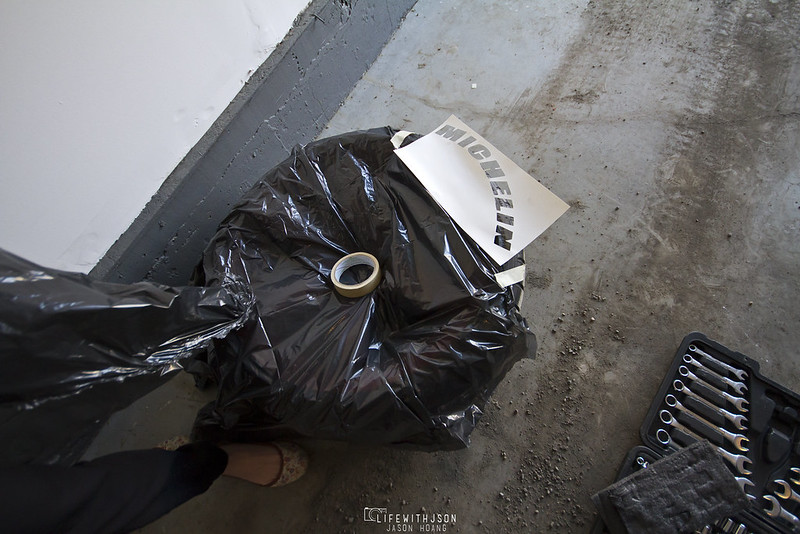 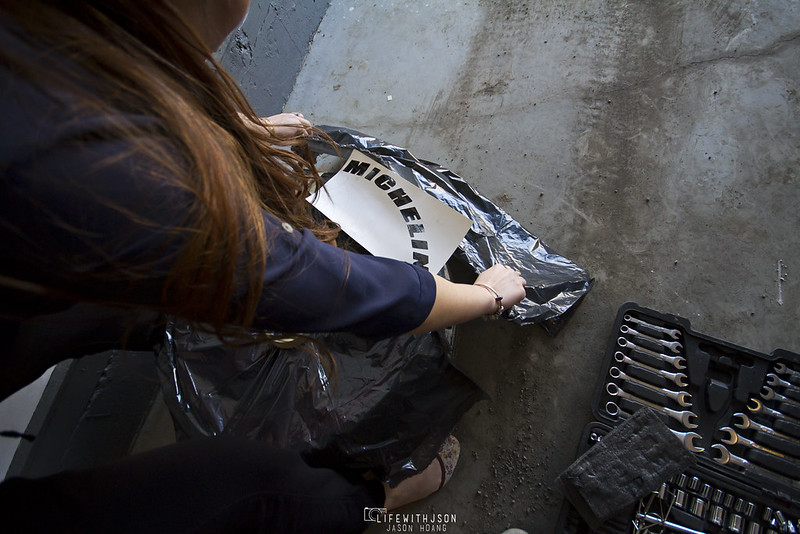 Diana putting it on. 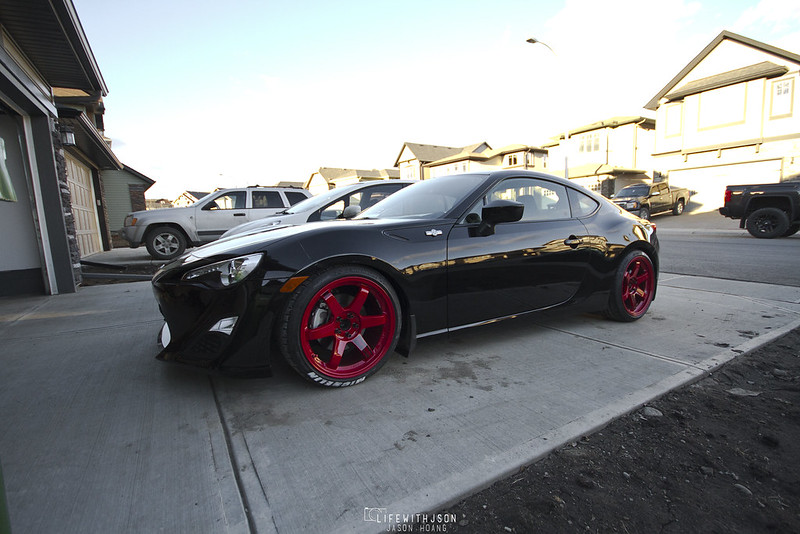 Within 20 minutes, we were done and we got the wheels back on. The height of the coils in these pics were still off since I’ve adjusted them multiple times, drove around, and then re-checked and re-adjusted as needed. I’ll get some updated shots of the height once I get an alignment and everything. 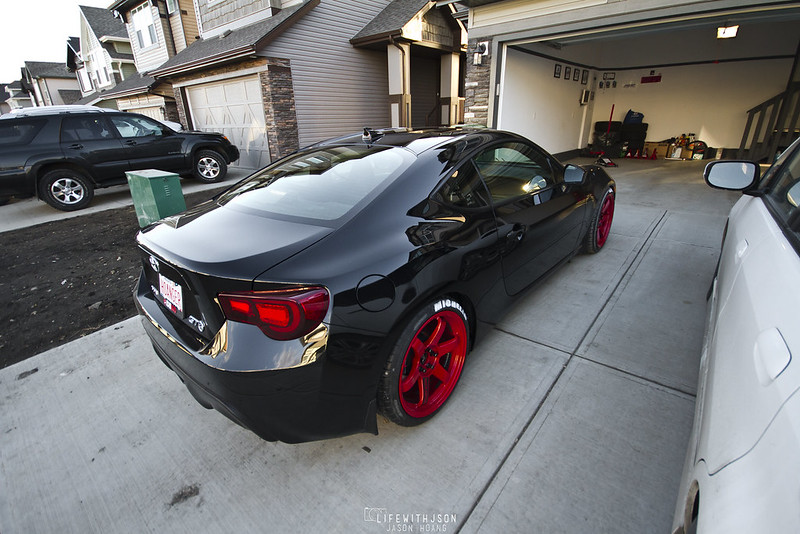 Bad shot from the rear quarter but you get the idea…