Wanted to share a little project I’ve been working on whenever I have some free time… Almost a year ago, I was inspired graphically to start creating and illustrating literally everything that I could. Of course, I was off to a rough start because I had never done any digital work before besides photography, so this was a new path for me. As exciting as it was, it was also frustrating as hell. Coming up with original designs and paving my own path was extremely difficult for me – it’s easy to be inspired and to find things you love but it’s hard to step away from it and do it yourself. Finding your own art style takes two things: 1) a ton of time and 2) a ton of doing.

You start to figure out what you like and don’t like, which brushes to use for certain things, how to blend better and use layers better. Coming up with an idea is one thing but being able to put it all down nicely is another thing. The most frustrating thing is envisioning this amazing end result but not being able to even start it.

That’s where Ti (pronounced Ty) comes in… I created Club A not as a brand or anything, but as a form of identification. I wanted something to reference and to use to refer to what I illustrate. You don’t have a kid without a name and you don’t create things without a source – same idea.

OK great – I created an identity but now I need a face to the name. What was it going to be? A person? An object or a thing? If you go searching the web, you’ll find many examples of this and in particular, anything related to the tuner industry, you’ll see each brand has one or some identifying mascots that trigger a response. A few of my inspirations over the last few months have been guys like Never Content – you think of a cat; or Otakugang – you think of a ghost and a bunny. These guys have created symbolic characters that represent them and I’m not ashamed to say that I’ve probably taken aspects or elements from them to help myself as well. They have been a huge source of inspiration for me.

I’d be lying if I said I did this on my own. Diana was the one that came up with this genius (IMO) idea for me. I literally hit a writers (drawers?) block and I just couldn’t come up with anything original. I didn’t want to use the over-used lucky cat and I really wanted it to be different. After days of sitting in my own sorrow, I asked Diana for fun – “if I wanted a cool character to draw, what would I draw?” She “hmm’d” and “haww’d” for probably 30 seconds and said “A chameleon!” and instantly, light bulbs and fireworks went off in my head. “AMAZING” I said and I sat and started to come up with ideas for this chameleon.

You know when you get hit with an idea that just sounds really good, you want to run with it? This was it, except I had to start crawling first because as great as the idea was, I didn’t know what the chameleon would look like. Although my mind was going 100km/h, I had to slow back down to the speed of a crawling baby. Back to the drawing board, Jason – exactly where you were this whole time. Sorrow sets in again.

So there I am, sketching out ideas of what the chamelon would look like. “Nope. This is shitty” to “wtf, this looks nothing like a chameleon” to “I don’t think this is going to work” and finally to “I give up”. So I slept on it and tried again, and I slept on it and then tried again and over the course of a few days, I finally started to come up with something that I started to like. (You see where this is going right?) You see, the thing I’ve learned about character design is that you’re rarely going to hit the nail on the head the first time. It requires patience and planning – what’s his head going to look like? How will his eyes look? What is he going to wear? What colour will he be? How will he fit into the world you’re trying to put him in? All these questions that you need to have answered so that you can keep moving forward.

After hundreds of sketches and tons of frustration and almost giving up, I had finally finished a sketch that I was happy with… I don’t have any of the earlier sketches saved, when I do, I’ll post them – but the below is the first final draft of the chameleon… 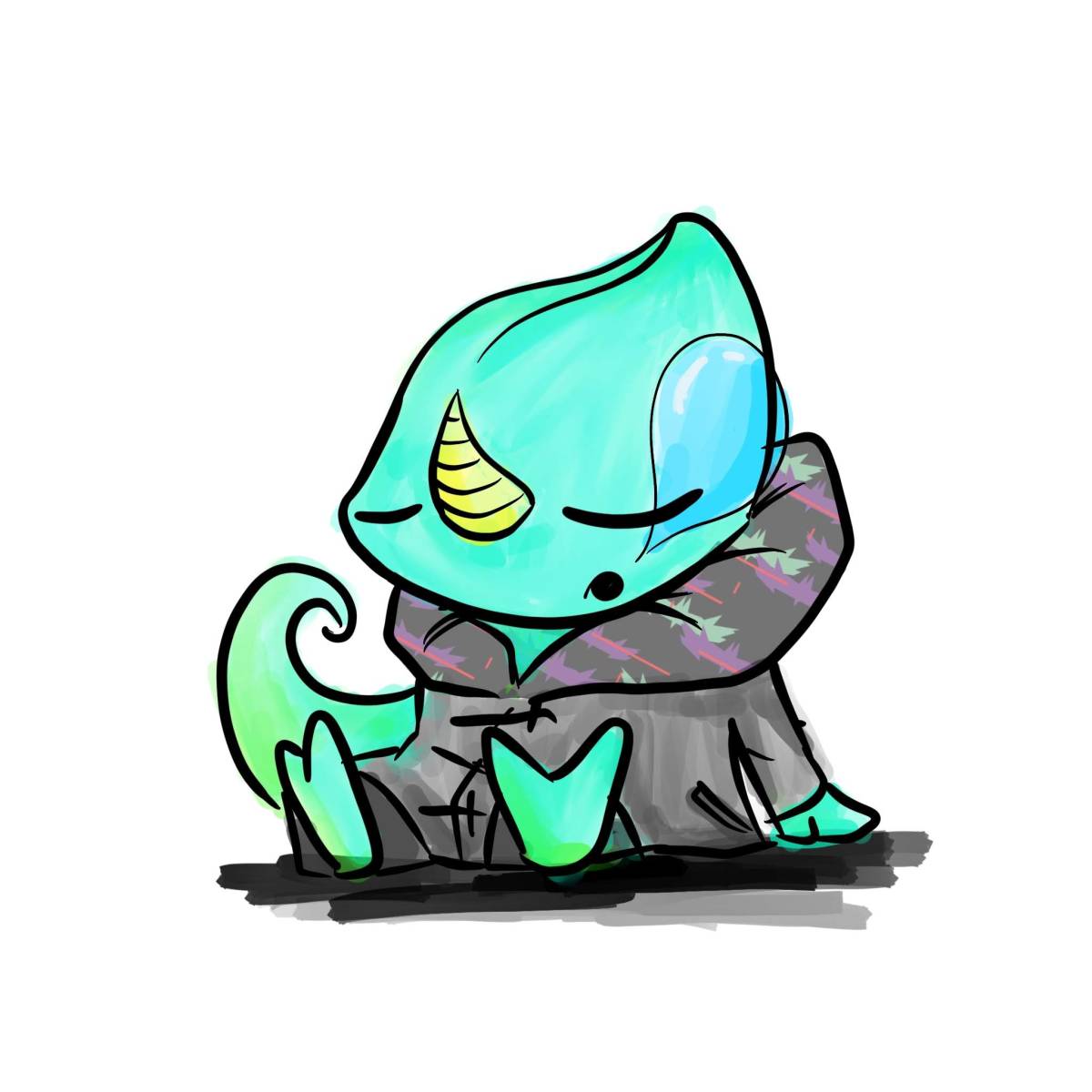 This is how Ti the chamelon came to be. I would literally take my inking pen and just sketch and draw and erase and adjust until I came out with a shape a shape and size that I liked best. I quickly laid down some colour to get a feel of how he would look and I put the iPad away for the night. I woke up the next morning and looked at it again – did I still love it like I did last night or was it just a one night stand?

“Yup, I still love it”. I think that’s important when designing something – it’s similar to photography – when you edit and put a ton of time into it, it’s a good idea to leave it and come back to it with fresh eyes to see if that was the right thing to do. Same thing with Ti – if I looked at him with fresh eyes and felt that he wasn’t finished then that means it wasn’t it.

He’s a rather simple character – in my earlier stages – I made the mistake of overcomplicating things. Giving him too much detail and too much colour and that took away from the character. So I thought it best to keep him very minimalistic – a few colours and a simple coat dawning the HKS war paint on the hood to give a reminiscent feel of something “tuner-like”. 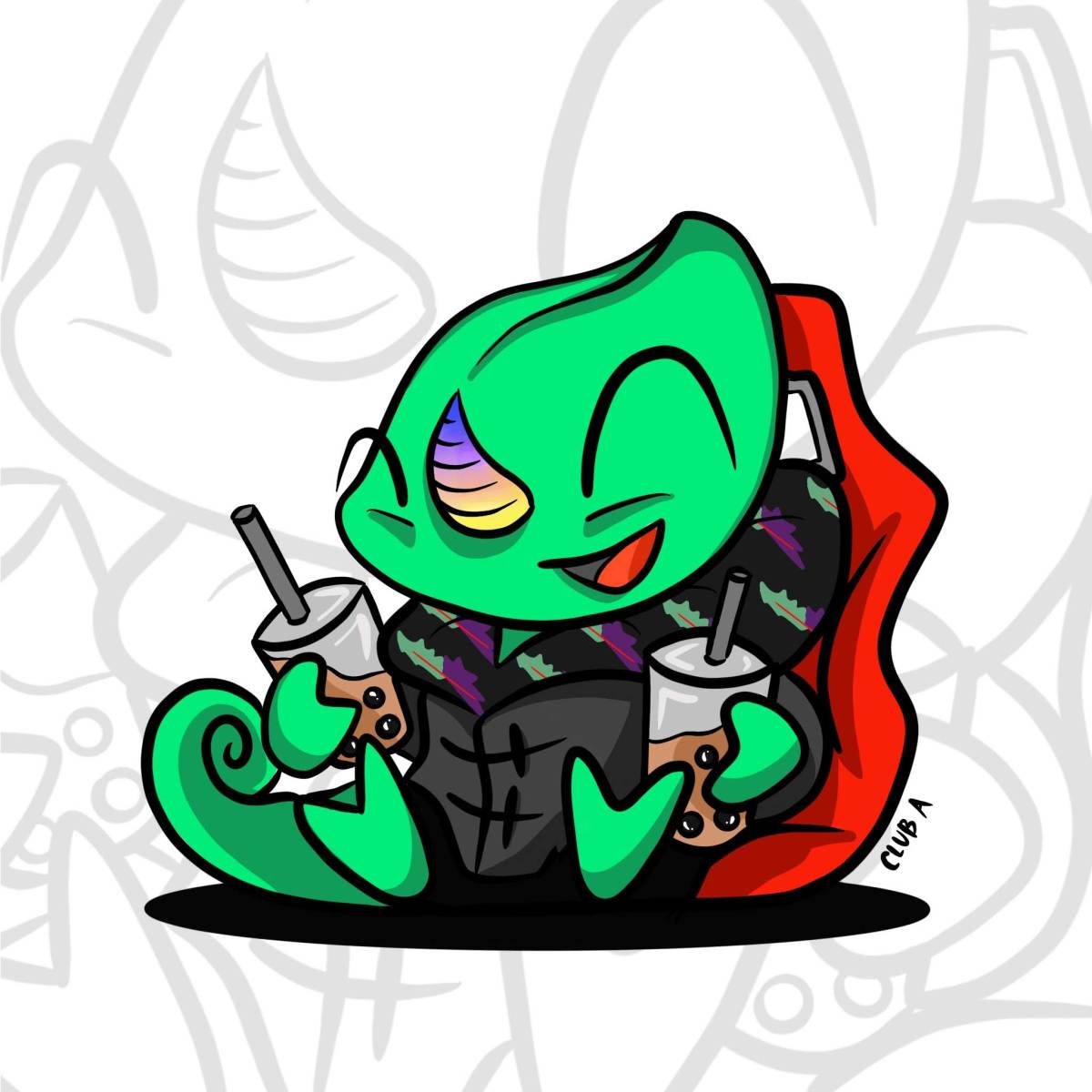 As I shared the design, some had suggestions that made him a little better. JC mentioned making his horn titanium. Another feature which I think is simple enough but effective in making him more than just a regular “chameleon”. Prior to all of this, I still didn’t actually have a name.

Once again, I went through hours of sulking and brainstorming of thinking of a name – so I turned to Diana again to see if there was such a thing as “2nd time’s a charm”.

“Diana – what kind of name would you give him?” As I turned the iPad her way. She “hmm’d” and “haww’d” for literally another 30 seconds and said “Hmm… What about TI? Cause he has a titanium horn, you know?”.

“What in the actual fuck Diana. You’re a genius!” And that’s how Ti got his name. I guess technically, Diana is now a mother of three LOL. 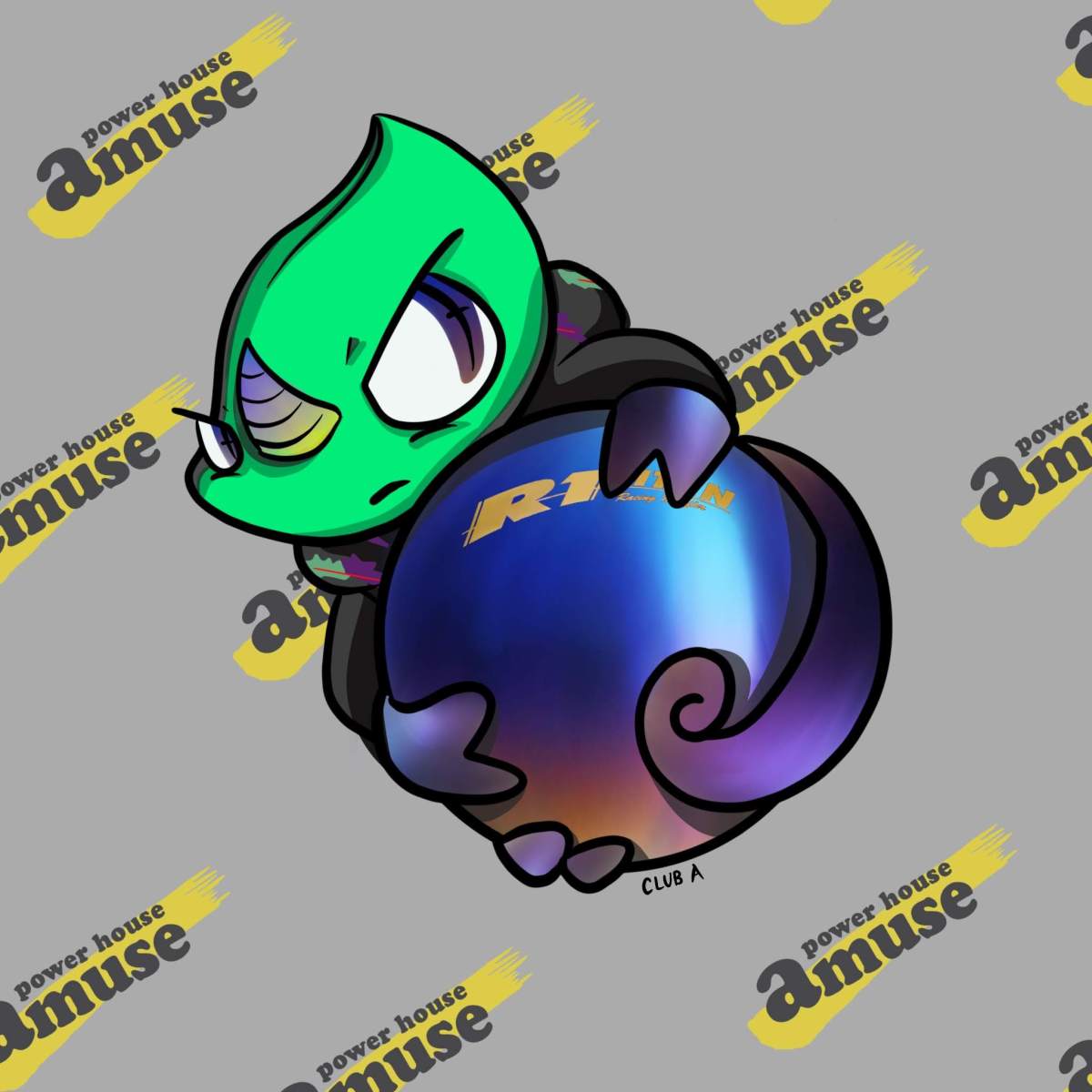 Ti really is just in the early stages of development, I’d say. He doesn’t really have a signature look yet and there’s still lots of room for improvement – on both the design side and my skill side.

To be honest, Ti is really mostly Diana’s idea and I just made them a reality. I think I’d still be stuck in my brainstorming phase or would have given up by now trying to think of something. The moral of the story is that designing is hard and it’s not quick and easy. The end result looks easy – getting there is the journey. Everything has to work in unison and some days I’m not quite sure it does yet, but I’m happy with how it is now. We’ll see where this goes…