Finally getting to some photo shoots!! I’m pretty stoked about the next few ones that I have coming up for you guys because they are quality, quality, quality. That’s the number one thing that really inspires me to shoot to the best of my ability – someone who puts in the time and let’s not forget money, into their cars because they don’t believe in compromise. Builds that move forward with that mindset naturally gravitate towards being amazing.

It’s truly rare to find a build that reflects the owner – Tommy is the exception – there are no cut corners and no lack of quality in his choice of parts or workmanship when it comes to fitting them. Let me step back a bit… Tommy is Diana’s (second) cousin for what it’s worth, so I’ve known Tommy and his M3 for a few years now and in many ways, I’ve heard and seen about his build but never truly got to take it in or appreciate what it was all worth. I’ve seen his car every year for the past few years in Driven, and every year he walks away with an award – no surprises either, as you’ll see when you start scrolling through the pictures. His car has made significant progress as time goes on and my God, the progress is definitely notable. No amount of words in this post could sum up the details in his M3… But I’ll try my best. Tommy is an extremely modest guy – you wouldn’t really guess that this was his car, but once you start talking to him, the pieces start to fit together.

This photoshoot happened the day after Driven – perfect timing since the cars are as clean as they can be. Tommy and I have been trying to touch base over the last few years to get the photoshoot done but our schedules never really matched up. I *think* I caught it in its prime – unless of course Tommy has more planned. Anyway, this was a super fun shoot – I do regret not taking more shots (lack of engine bay shots – fail on my part)… But Tommy has agreed to lend me any of his BMW’s for a photoshoot anytime… Yes, there are more in his stable. 🙂 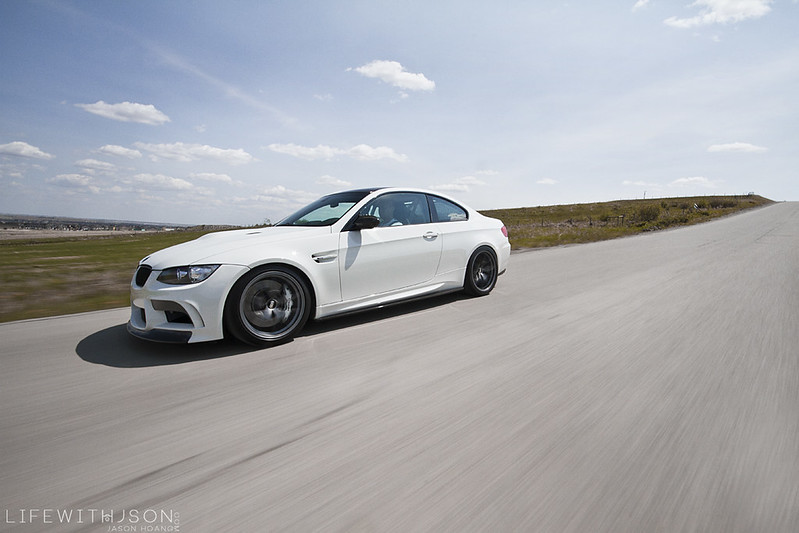 We’ll start it off with a roller… 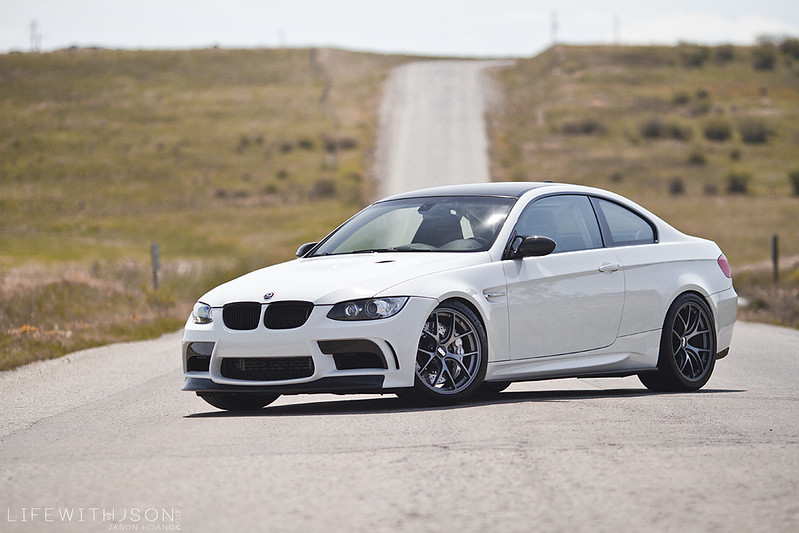 Upon first look, you might not be able to see everything that I might have alluded to earlier… But it’s coming. 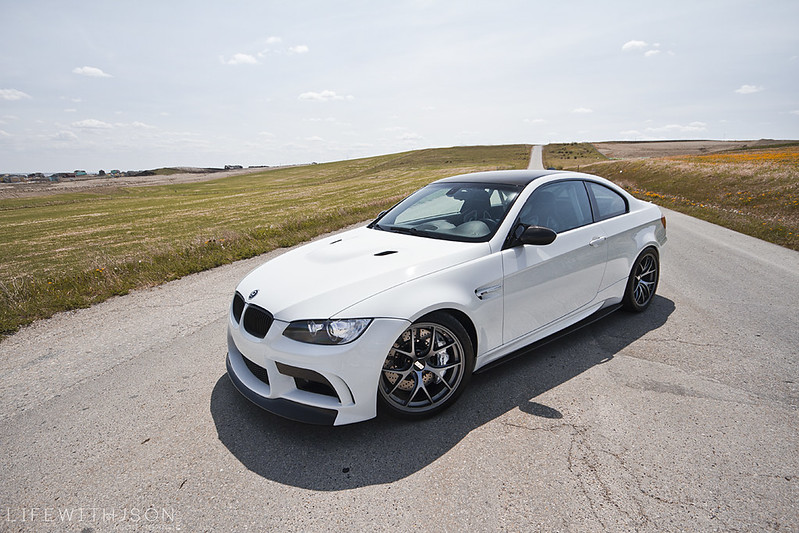 He sits on a set of 19″ BBS FI’s and an upgraded Brembo GT BBK behind them in white. When BBS first released the FI’s, I wanted them so bad. When I saw the price of them, I decided that I didn’t even like them that much anymore. Note: lying to yourself doesn’t make you feel better. 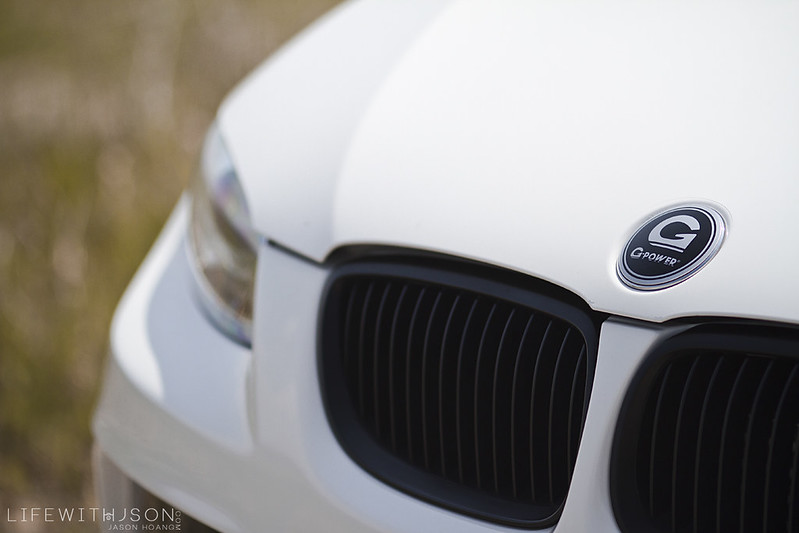 A closer look will show you it’s no regular M3… Those familiar with G-Power will know what I mean. 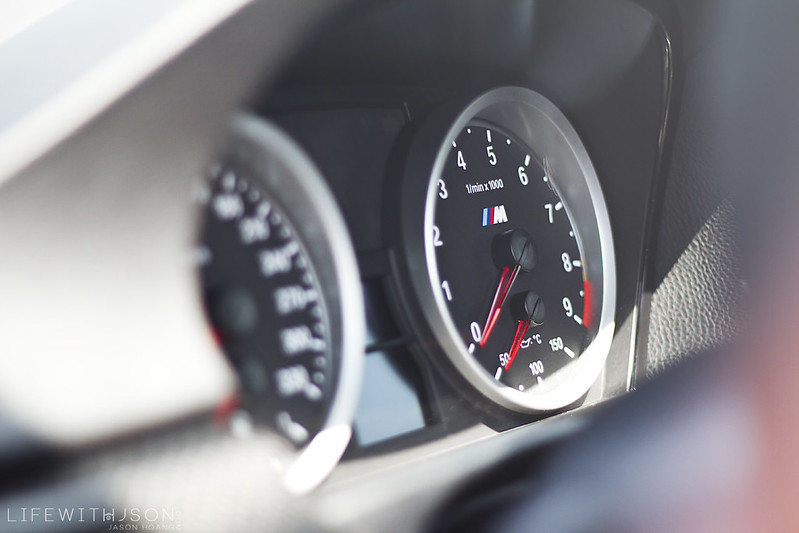 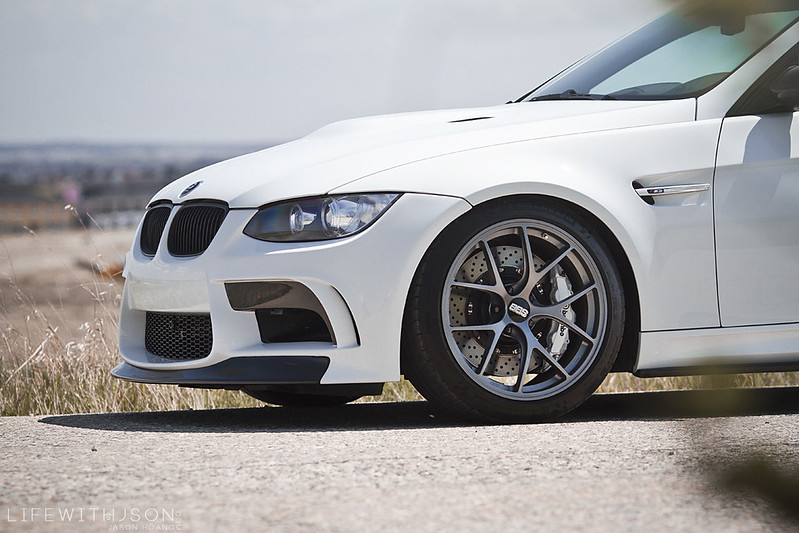 A somewhat closer look at the wheel and brake kit. Also a good look at the Vorsteiner GTS-V bumper. Beauitful. 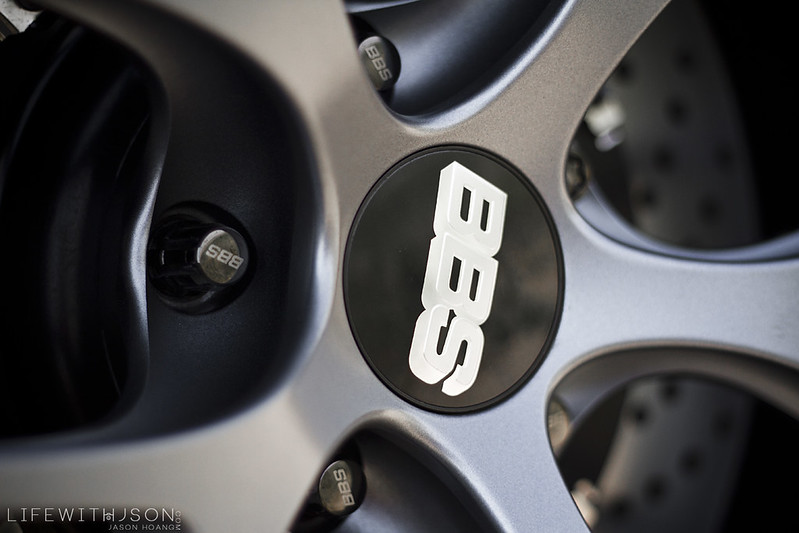 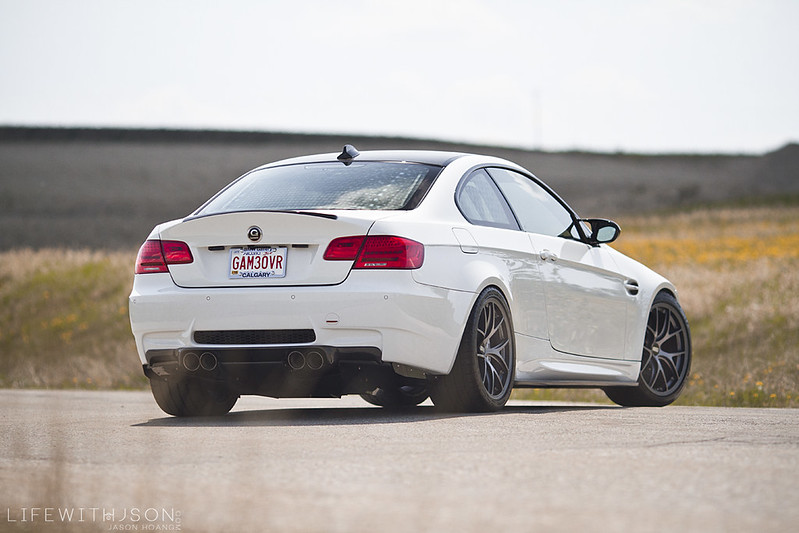 Check that rear… Paired with a Varis rear upper and lower diffuser. I personally love that he brought Varis into the build – they are killing it in the aftermarket game right now. 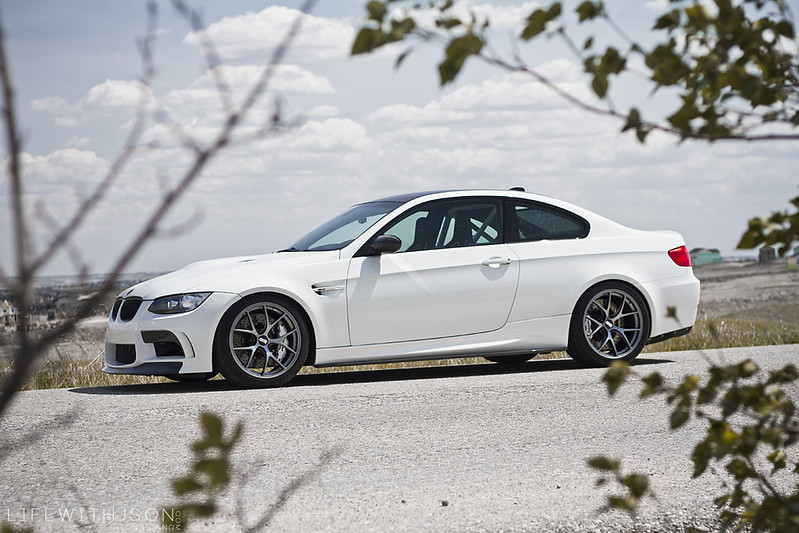 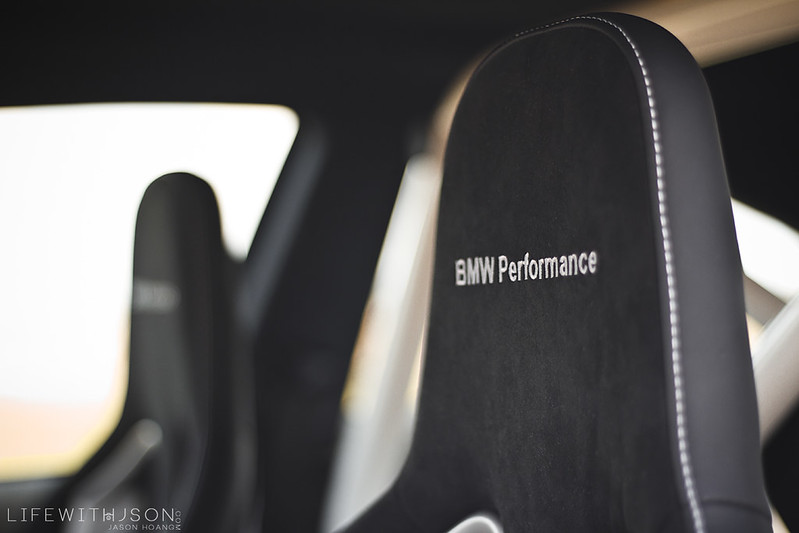 Inside, the details just keep coming. Afterall, this is where all the fun starts, right? Tommy upgraded the seats to BMW Performance Seats retrofitted with power and a full wrap with Alcantara. 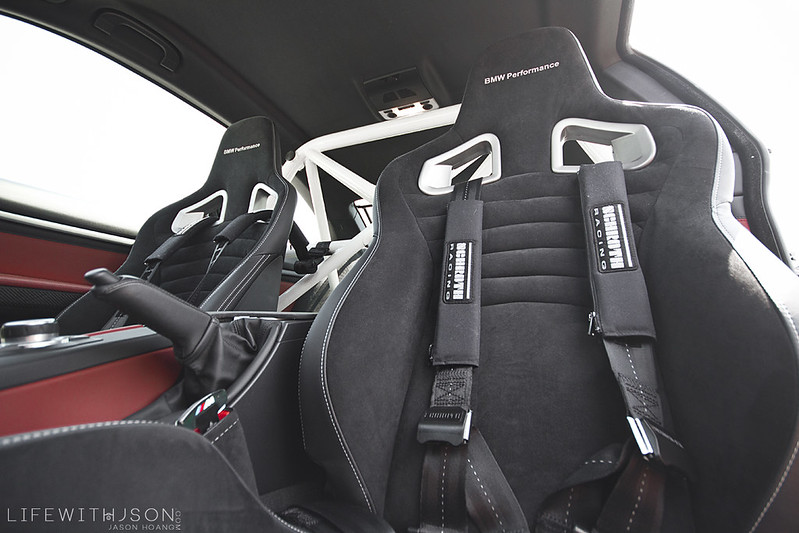 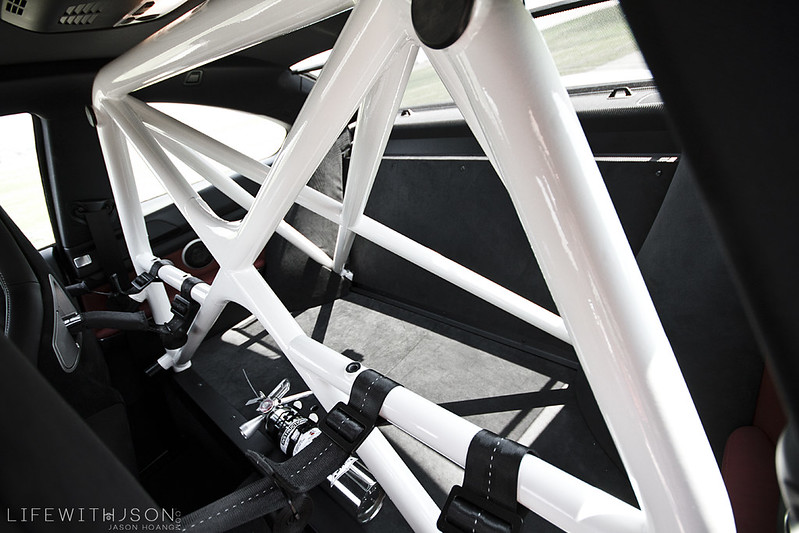 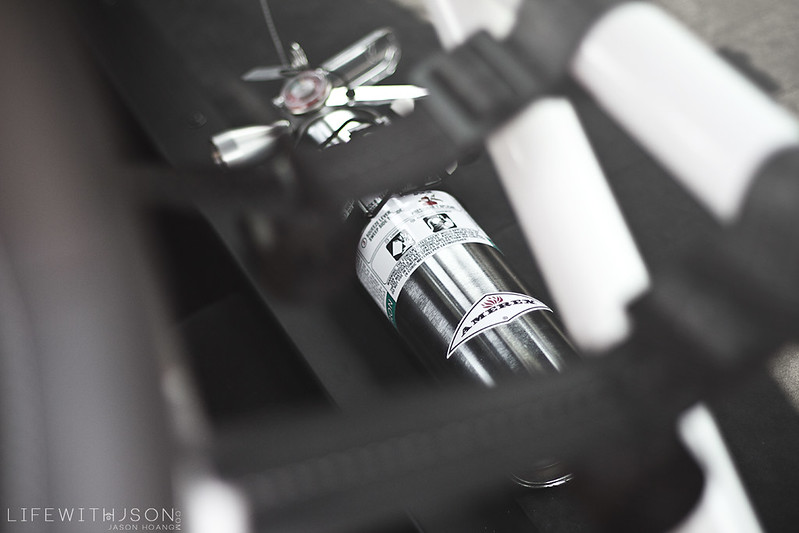 And below all that sits a Halotron fire extinguisher – a nice finishing touch. 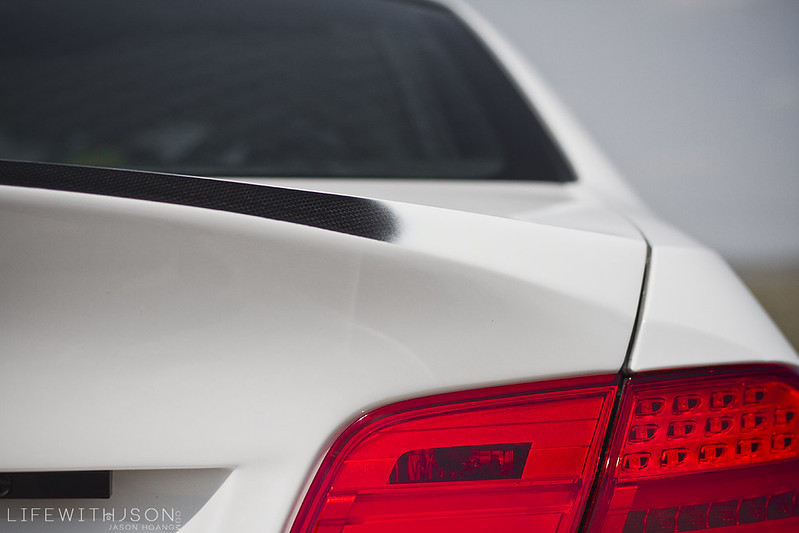 Some more details with the rear include a Vorsteiner double sided carbon trunk. The paint has been faded so you can see that lip of carbon as well. 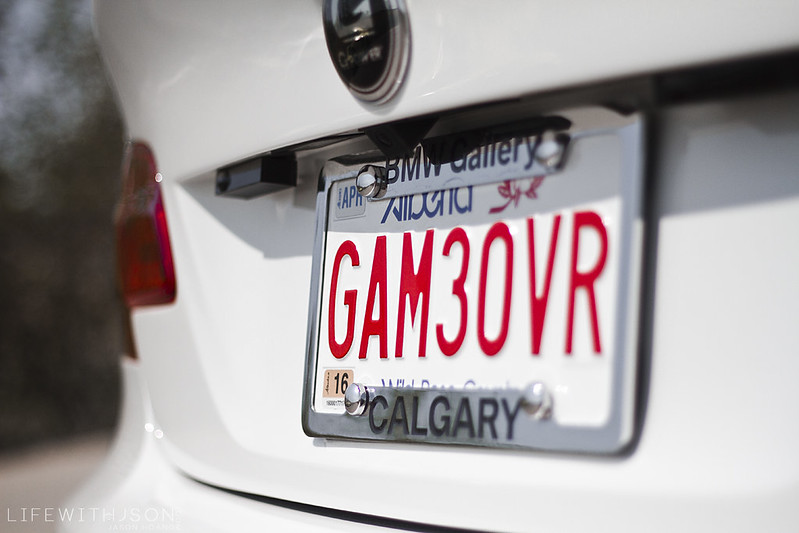 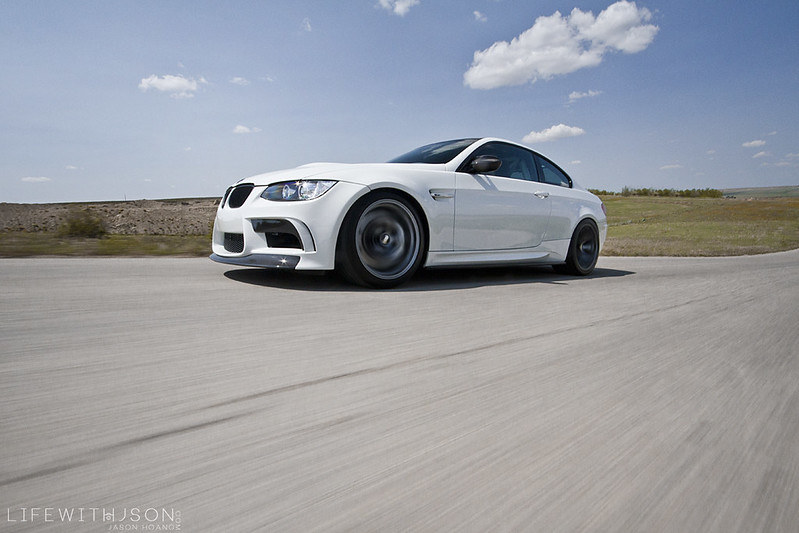 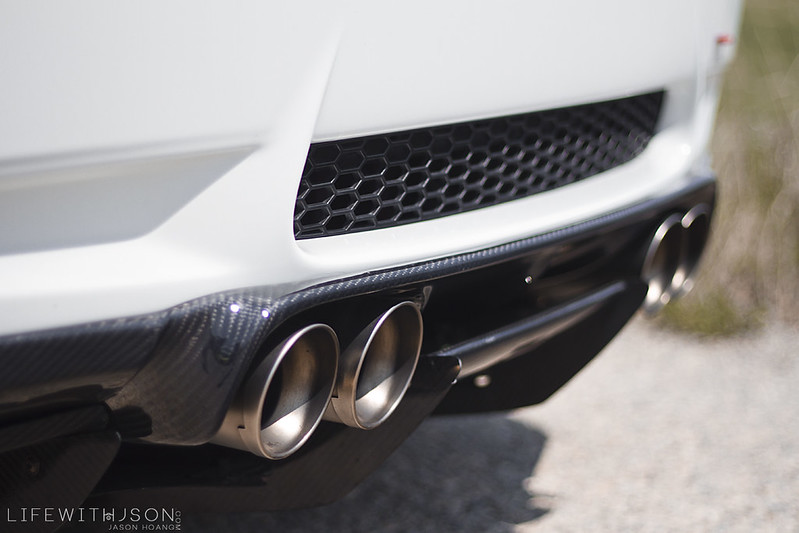 A closer look at the rear of Tommy’s M3 and you’ll see the matte look to the exhausts… which only means Titanium. Akrapovic Evo exhaust to be clear. 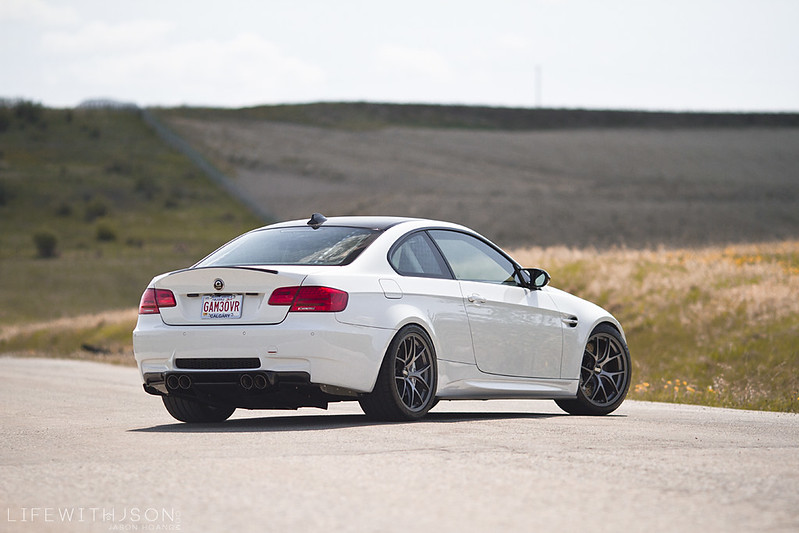 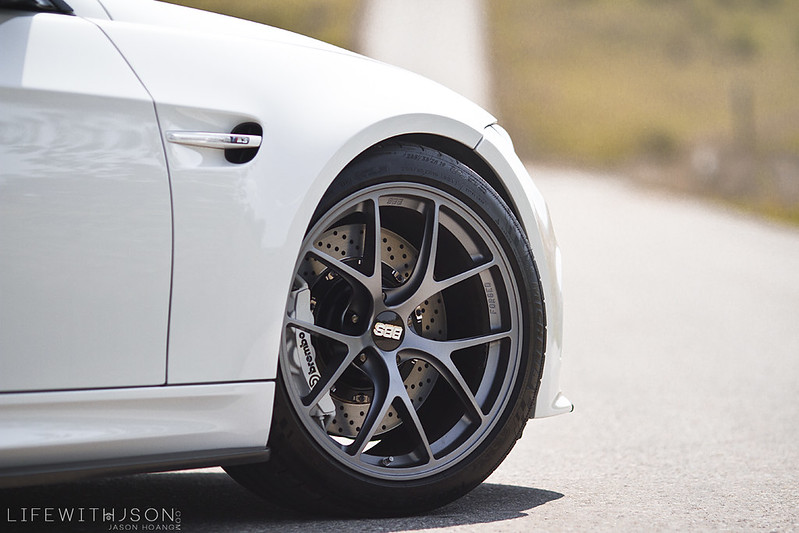 One more look at the wheel/brake combo. Just massive… You can also get a small peak at the carbon side skirts 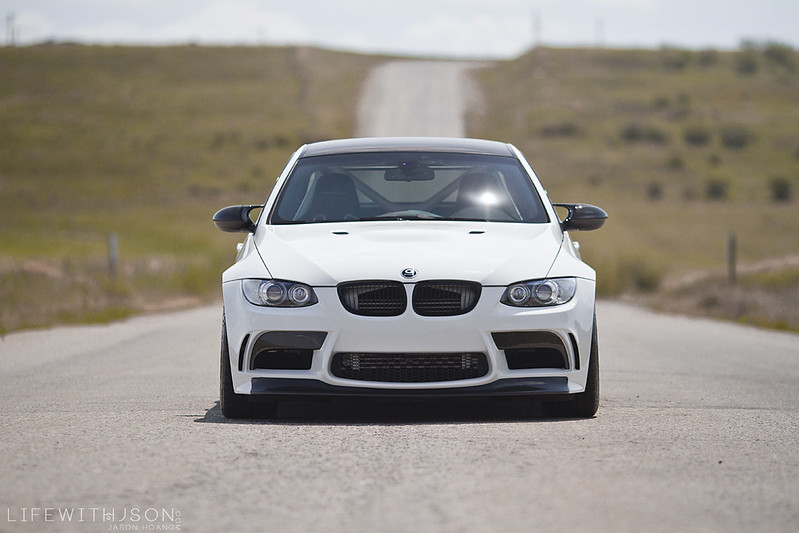 This view – probably a very quick view if you happen to be in front of him at the track – shows a little more detail… BMW Performance carbon mirror caps. “Something” behind that grill… 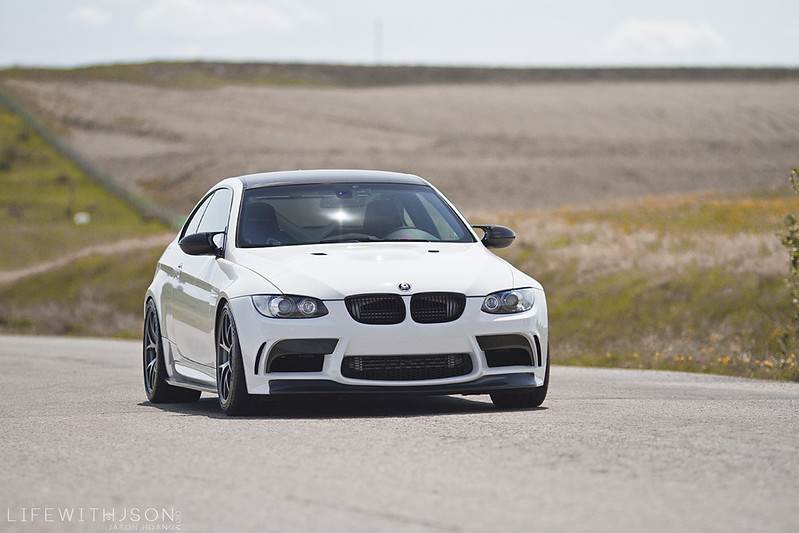 Before this all ends, I want to say (as I said earlier) that I fully regret not taking engine bay pics – I don’t know what got over me. So I’ll lay it all out here for all of you wondering…

Tommy has fitted his M3 with a G-Power SKII CS Supercharger – as previously hinted by his replaced badges. Along with all of that, he’s added Vishnu Proceed with Meth injection and WPC treated OEM rod bearings and bolts. The M3 on its own is no slouch – with the help of G-Power… Oh the places you’ll go. 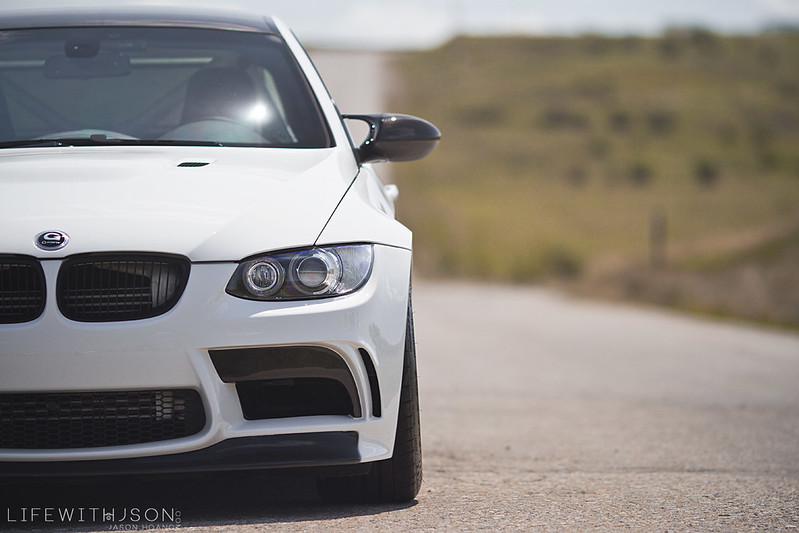 A closer look at the aggressive front. 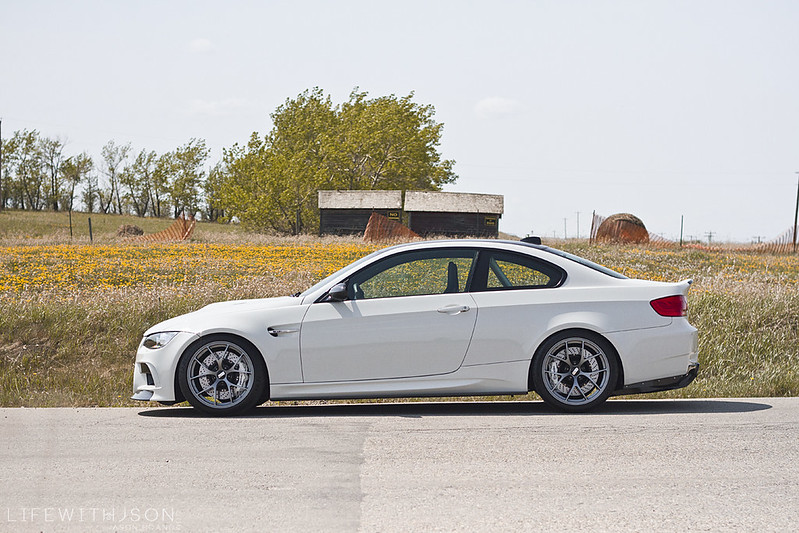 A side profile. That hood hump. It’s also a good angle to see just how massive those rear rotors are. 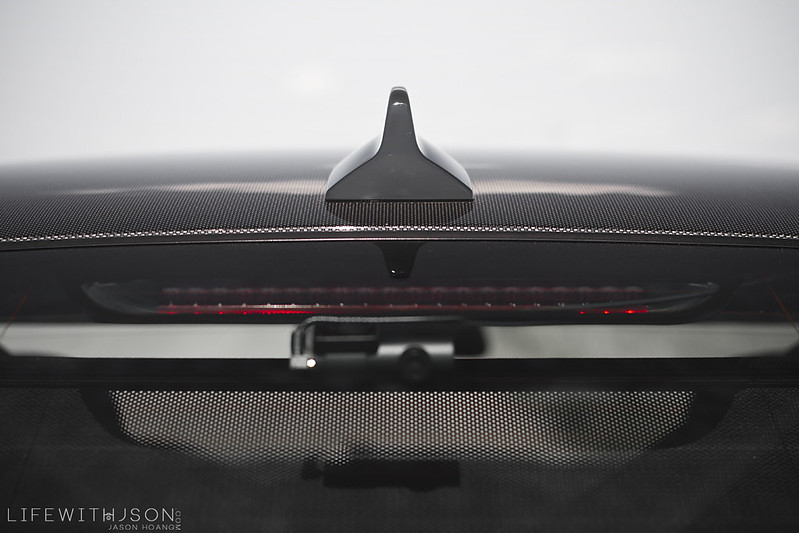 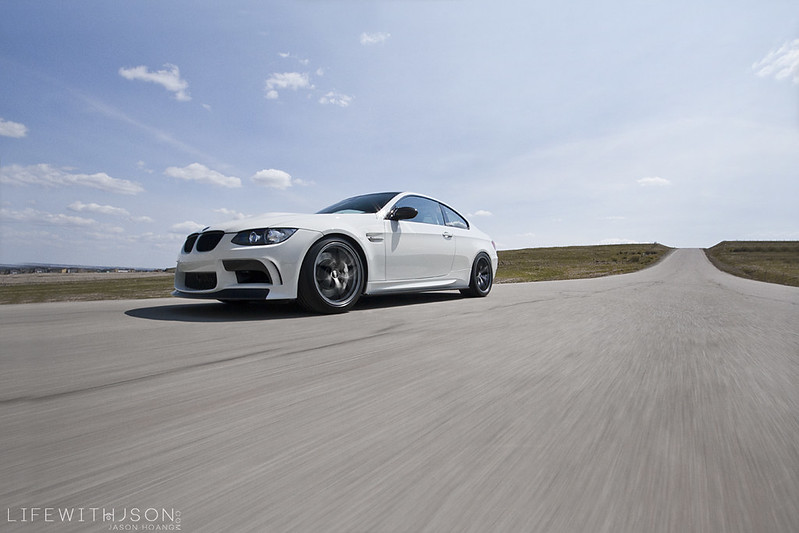 Done! Huge thanks to Tommy for giving me the opportunity to shoot his car – he brought along his brother-in-law (Randy) as well who owns a sick Lotus Exige… Coming soon.