It was a cold day after installing the lip kit but I was also itching to get some pictures… Just some quick ones because I was feeling a little lazy and I couldn’t find a good spot to take some nice photos, so some half-assed ones will have to do for now.

Loving how it all flows so well with the grill garnish.

From the side, the rear looks lacking… I’m still undecided with the Mugen rear cause it’s just so damn busy… I’ll wait a bit to see if anymore options come out. 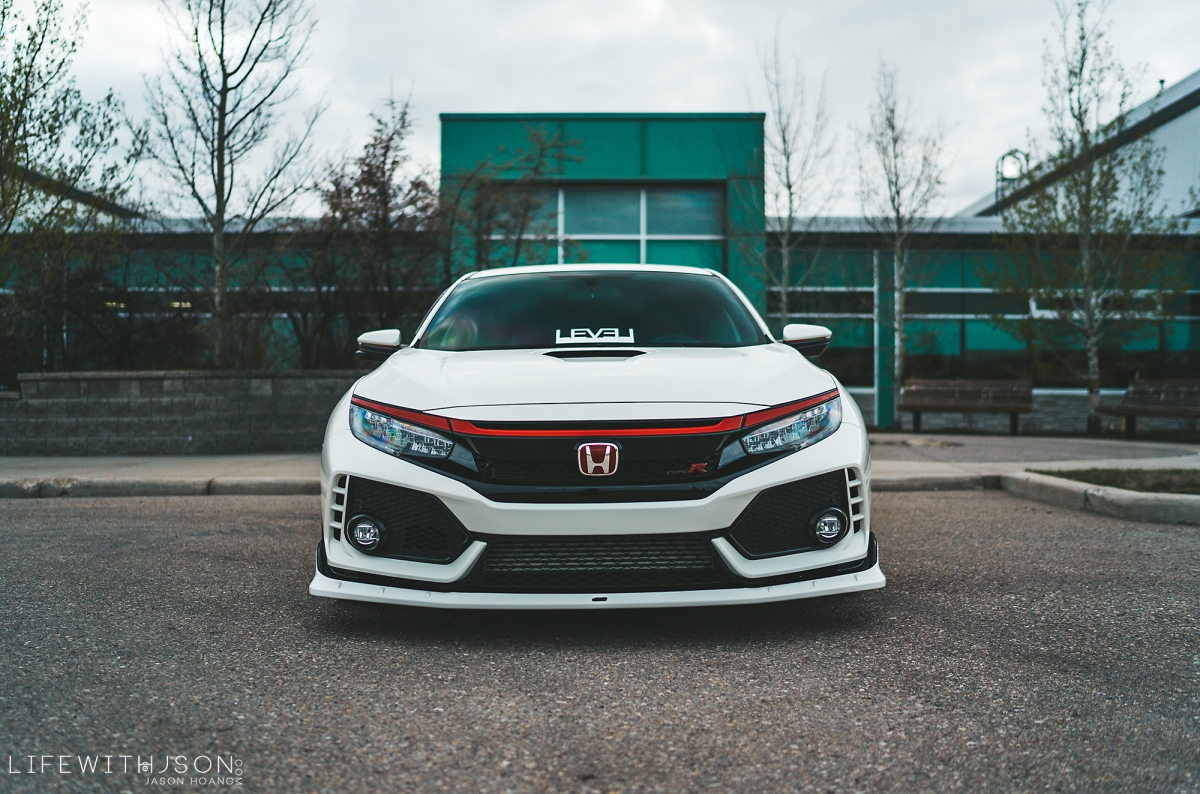 I would say this rivals the front end of the FRS for me… I really loved the look of the Arise kit and the JDM headlight swap on it, but the Type R just looks super aggressive now.

As you can see, I drove around to a bunch of random places but just couldn’t settle on a good spot.

Then just one last one when I got home. I’m super satisfied with how this all came together. I know there are a ton of Mugen FK8’s out there, but just seeing my own come out like this makes me so stoked.

Decided to go out at sunset last night to try some different lighting for photos. I usually go out during the day which starts to make me feel a little complacent. Like I mentioned in my last post, I’ve been playing around with editing again rather than my usual. I’ve been shooting and editing the same way for the last 6 or 7 years and while I don’t have an issue with it, I just feel like it needs to evolve a bit more.

A big part of shooting and editing for me comes from the location and the subject. If one or the other or both are uninteresting to me, I just can’t find the inspiration to shoot. Luckily for me, the Type R still intrigues me enough as a subject that all I have to do lately is find a good location – which is also a tough thing to do LOL

Anyway, played around with a few different types of angles and colours/edits to see where it would take me… Quite happy with the end result on most of them. I think next time I’ll try going out when it’s totally dark out to see what I can do.

This was probably one of my favourite edits. Part of the editing process for me is deciding what tone I want to move forward with and then start weeding out the colours that don’t belong. In this particular example, I wanted to move towards the warmer side of the spectrum so lots of orange/yellow remains but with the weather also being a cooler day with some clouds, I left some of the complimentary colour (teal) in as well.

The sunset was perfect for this shot IMO.

For this one, I took the same approach except I took out the complimentary colour and went straight with a warm tone. Again, something I don’t always do because I like to keep my colours natural but I like the look here. 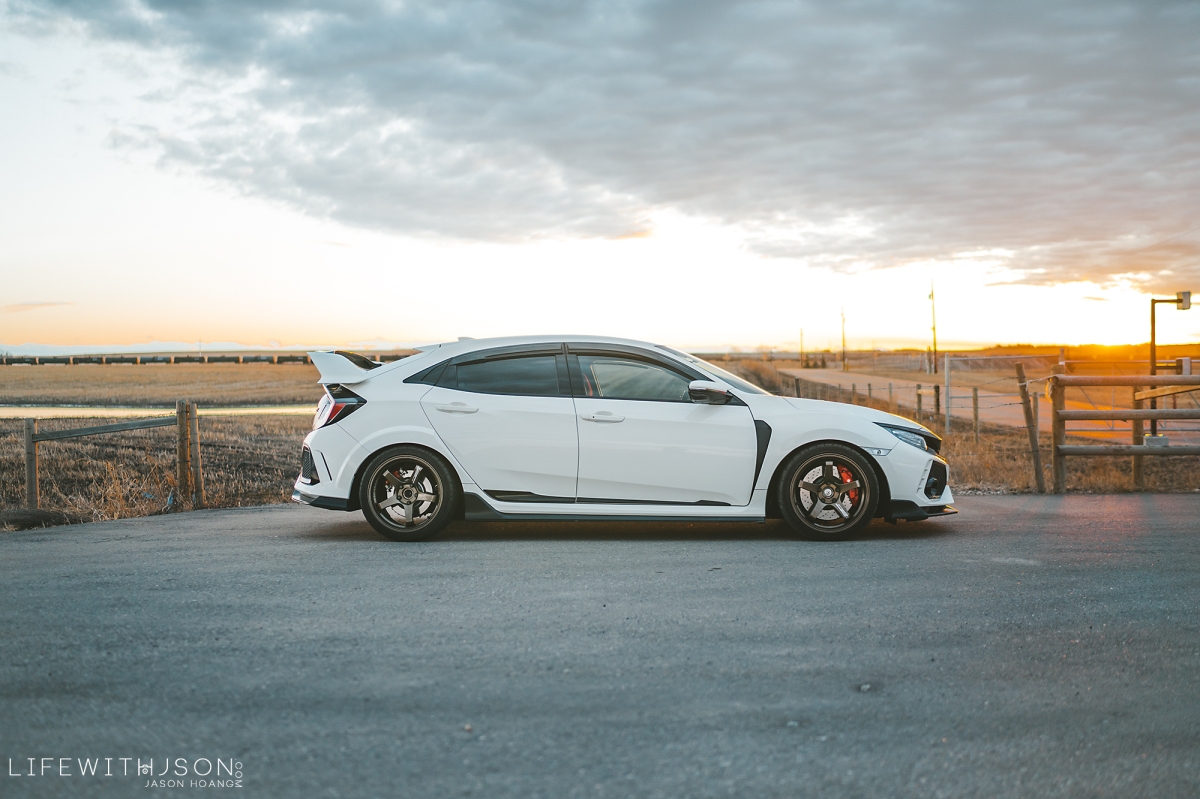 About the same edit as the one above. I left a little more teal in but orange/yellows still dominate the picture. 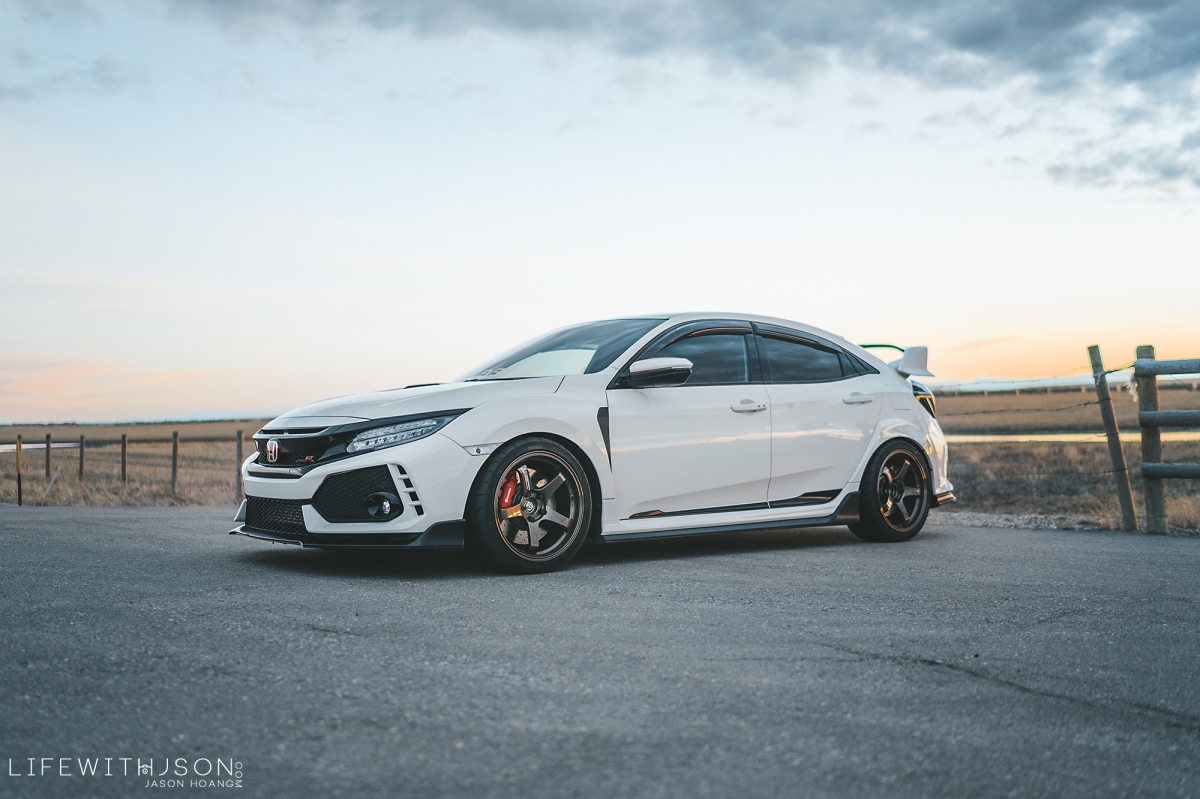 And the opposite of above – I took out more of the warmth and left more cool tones in only because the sunset was no longer directly in the photo.

I moved to a new location – similar to the one from my previous post – and I was just trying out different angles. I’m not much of a vertical shooter, but this one turned out decent. Works well as my phone background too 🙂

Another vertical shot with a little desaturation. 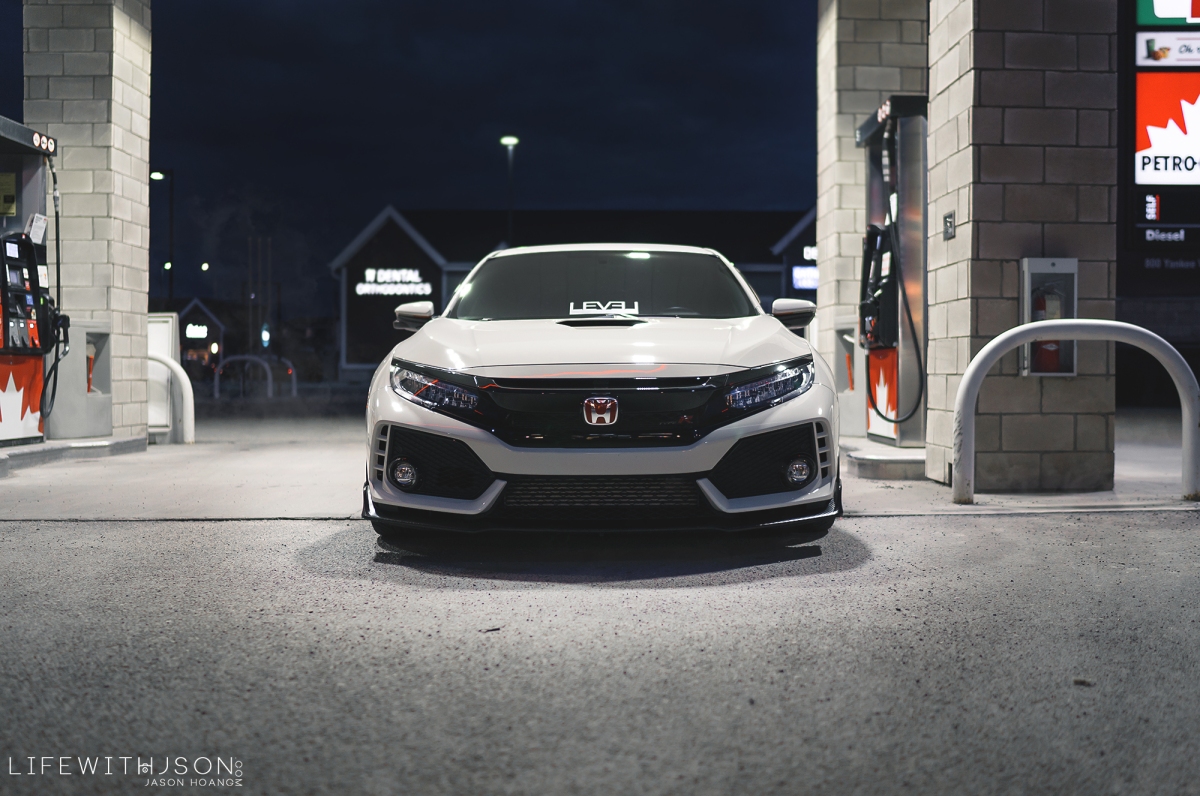 I spent a lot of time on this one believe it or not… Trying to get the colours and the feel of the photo right. I ended up playing with some custom smoke/fog brushes and added a bit here that you might be able to slightly see. Not sure how I feel about adding artificial effects yet… But we’ll see how I can learn to play with it more.

So far, I’m sure most of us can agree that 2020 is probably one of the worst years that we’ve been around for – it certainly is for me lol. Mainly because of the huge shift in routine that we’re all experiencing… I’m the type of person that goes stir crazy if I can’t go out to do something or even walk the mall for an hour. So staying home all day everyday was painful for me to get used to. I think I’m pretty much used to it now that I’ve become lazy… When I have to go out to do grocery runs, I get all grumpy cause I just want to stay home LOL.

Anyway… The family is safe, all is good since my last post when this COVID-19 stuff really started ramping up and we were waiting for Diana to get back from Mexico. If you told me that this would be our new normal 5 weeks ago, I wouldn’t have believed you and here I am, working from home with the whole family around at all times. Every meal is at home, we haven’t hung out or seen anyone in what seems like forever. The sad thing about it all is that we haven’t even seen our parents – everyone is just at home, isolating and playing it safe. I hope this starts to dwindle down in the coming weeks because it’s not only boring… It’s just starting to get eerie and weird to me. Going out in public feels like a crime and being around strangers just feels criminal. Super odd.

With that said, this week is finally where we start to see the change in weather and Spring is finally here. Today, we’re set to hit +19C which is insane because we’ve had snow almost every week since like September last year. It sucks. And with that, I finally put the RX away for summer and pulled the Type R out again and boy, does it feel good to finally be back in this thing.

I went out really quick to take some quick photos because it’s been a minute since I picked up the camera to take actual photos. I also just wanted to play around with some new edits and try to experiment with different looks and feels. My editing “style” has always been kind of a natural look with a hint of vibrant colours and natural lighting. I never really played with hues and saturation mainly because I always felt it took away from how I always edited… I’m too stubborn. BUT it’s time to change that – now that I have all the time in the world, it’s time to come out of my shell and try something new and experiment… 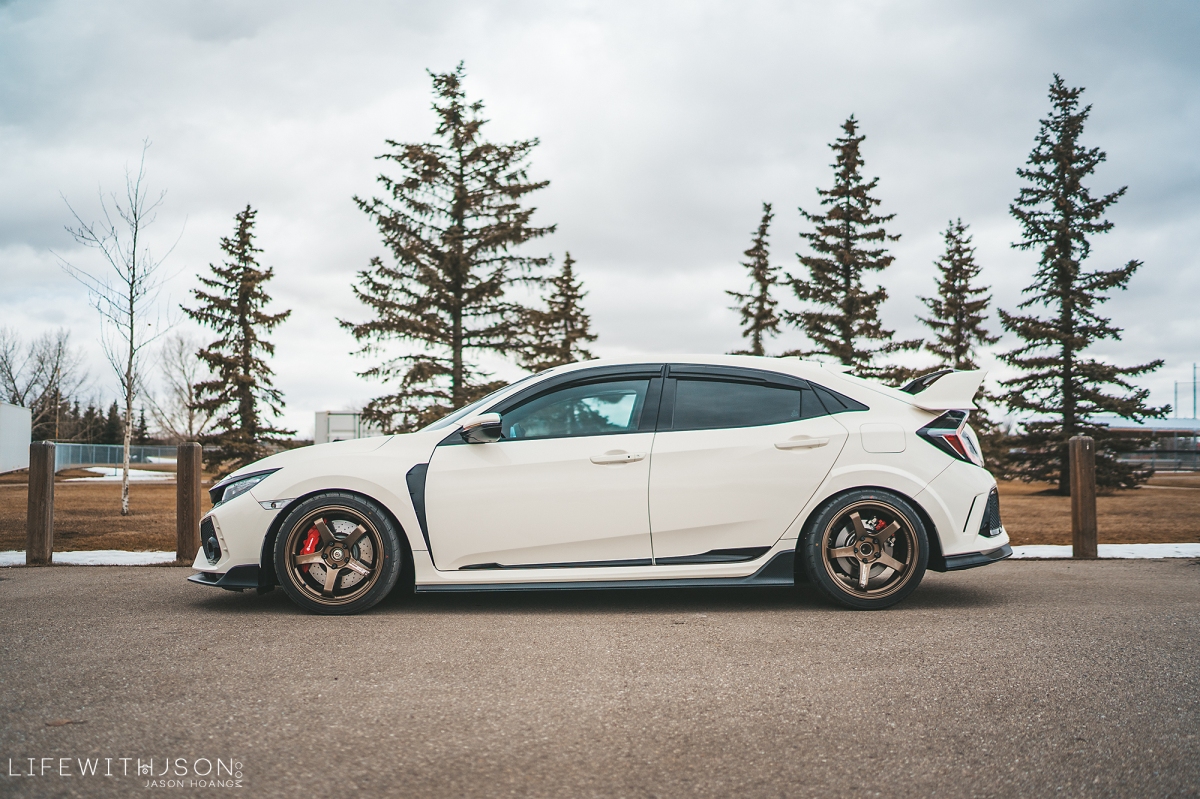 I went with a warm feel with some toned down whites and colours to give it a moody look. When I look at it, I think there may be a little too much vignetting (I’m not a huge fan of it – and I know a lot of first-timers like to slide that vignetting bar to the right a little too much – I know, because I did a long time ago LOL).

I felt that this edit helped bring out the Umber Bronze of the Advan GT’s nicely. It’s hard to get a nice shot where the colour is portrayed well especially with the contrast of Champ White.

Admittedly, I’m also lost on location because my bro JC usually figures all that stuff out. Without him, I’m just shooting in random parking lots and shit. LAME-O. 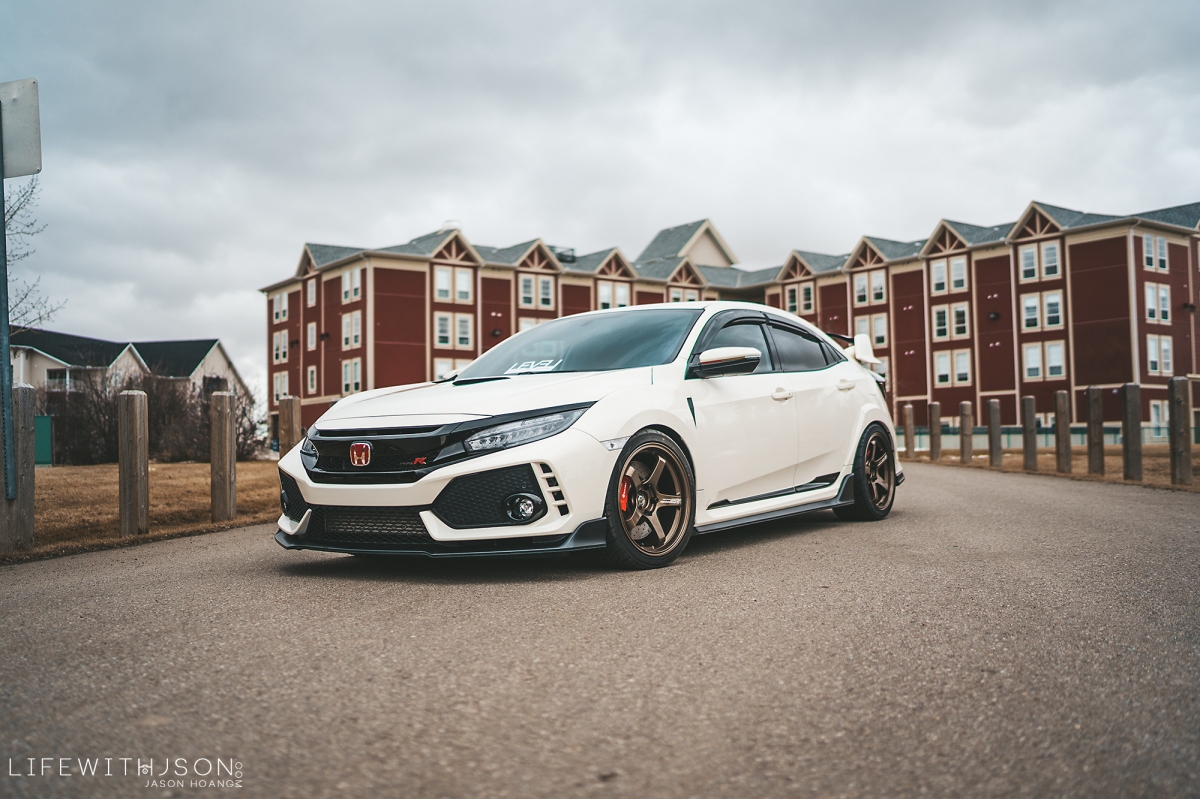 What do you think? Too much? Back to regular? I’ll keep playing with it… We’ll see how I feel about it after sitting on it for a few days…

Pretty excited to share this news with you guys – if you follow me on Instagram, then you would have already seen it but last week I had Yokohama Canada reach out to me and offered a sponsorship to me for supporting their brand. I had never been sponsored nor have I ever tried to get sponsored only because A) why does any big brand care about me and B) it screams “look at me, I’m too cheap to buy things myself so give me free things instead” to ask brands to sponsor you. (Also… Don’t do that).

Over the course of building the cars that I have, I’ve been approached by a few brands but have always declined. It was just never worth my time because the proposition would always be super exciting like “hey we want to sponsor you…” and then you’re like “well damn, sure! what’s in it for me?” and they’ll hit you with the “we’ll give you a 2% discount if you slap our decal on your car but you also have to pay for shipping and any conversion fees from USD! Excellent right?!”

No, mate. No it is not. That’s just like giving me free pennies for you to get free advertisement. No bueno. I also may have exaggerated the amount of discount – it was actually 5% (truly) which is still like saying “we give literally zero fucks about actually sponsoring you and just want you to rock our decal”. After a few of these types of approaches, you start to get this bitter taste in your mouth about sponsorships and think that there is no such thing as a good sponsor – so who gives a shit about them. I certainly didn’t.

Let me preface this by saying this didn’t actually start the way I’ve outlined it above. It all started with Kyle Ho from Spec R messaging me one morning asking if I’d like to be in the Yokohama booth for the illmotion Sunday School Show and Shine because Yokohama Canada saw my car and wanted it. “Sure”, I said. I don’t mind repping a sick brand for the show – and it just kind of ended there. A few weeks later, James from Yokohama Canada connected with me directly and we started talking a bit about the car and being with the booth. One thing lead to another and this is one of those situations where a brand decal is on my car for a better reason than just thinking it looks cool. We ended up meeting officially in person at our last Friday cars x bubbletea meet as he was in town and decided to come out. James is apparently also a follower of the blog so that’s super exciting for me LOL! It was nice to meet you James!

i’m still debating how and where to put the bigger Advan decal – I need the placement to be perfect. I think about it in my sleep sometimes… LOL 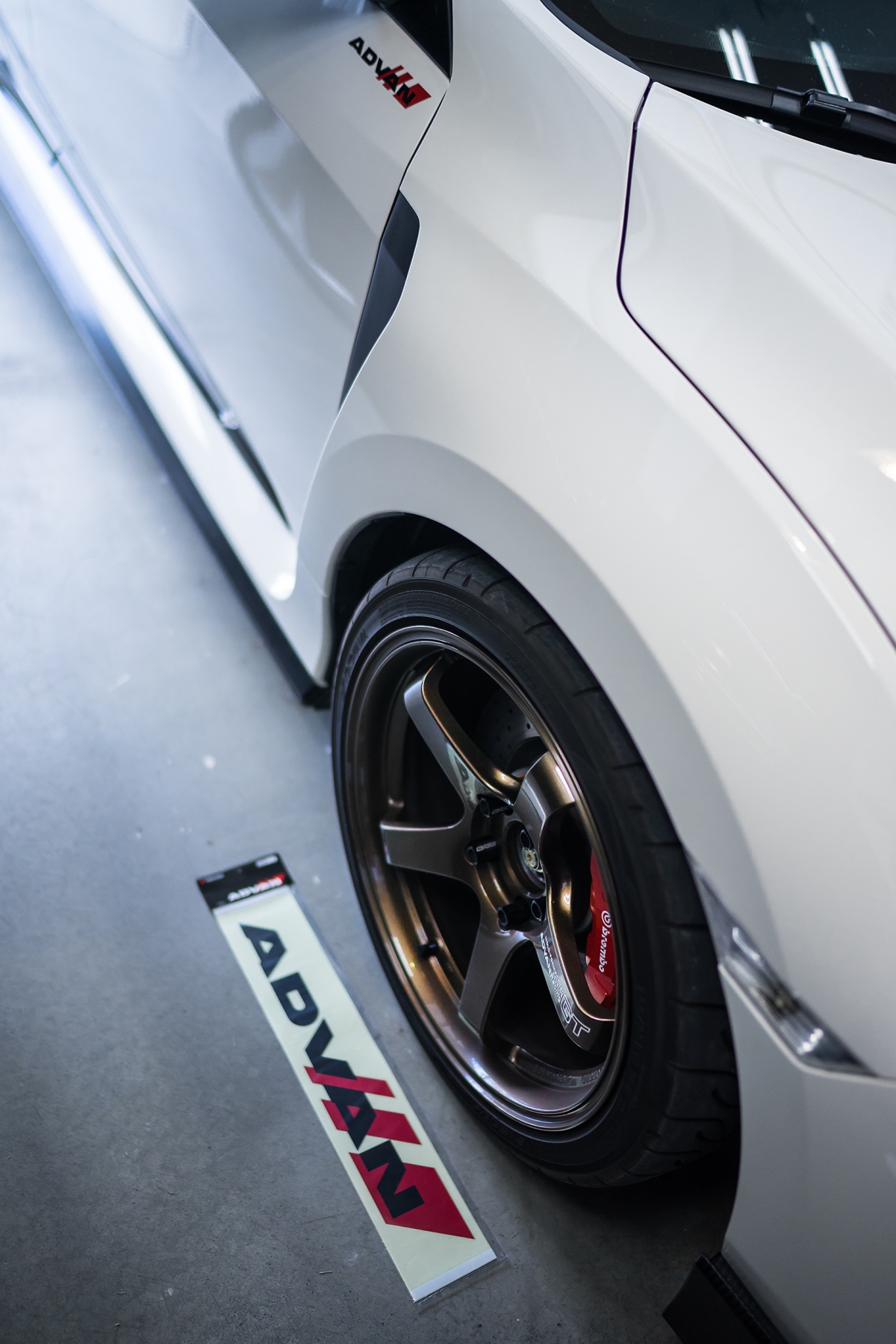 I will also say this – the pictures, the words, my actions – none of it is paid, because I know some of you are thinking that. They don’t pay me to rep Advan/Yokohama and they don’t pay me to say nice things about the brand. I think that’s the great thing about a company that truly wants to sponsor you. A saying that’s been with me for much of my real-world, corporate career has been “support those that support you” and it really translates to real world circumstances too. It’s tough to find that in the world of big corporate names and brands.

Support (cause that’s what this really is) is more about backing the ideal and the vision that another is working towards and less about trying to get freebies or discounts. A brand that’s willing to help you in your build is a brand worth supporting.

Anyway, I’m super stoked that Yokohama Canada chose me to back in this oh-so-large community of tuners and gear heads. Good things come to those who aren’t looking.  Thanks for listening/reading!