An unofficial and quick shoot of the rest of the car with the Mugen tail lights. I didn’t venture too far for these – I just wanted to get some full car shots of it all together and I must say that I’m pretty damn satisfied right now and that doesn’t happen often. It’s nice when things come together like you envisioned/hoped for… All this started because Diana and the guys got me a Mugen button…

I will say though that although Mugen FK8’s exist all over the place, it’s nice to be able to say that I have one of them. It’s a little different seeing one that you’ve put together yourself versus all the ones on social media. There aren’t many options for exterior cosmetics for this platform and there are a few big ones that have been released recently such as Spoon and Varis, but they just weren’t up my alley as much as I had hoped Varis would’ve been. Ever since my 8th gen days, I’ve always dreamed about putting together a Honda x Mugen build and I’ve finally done it. There’s just something about Mugen that invokes this really good feeling that you’re putting literally the best on the car because it’s literally the child of Honda. From the fitment to the quality – there’s just nothing that comes close to that compared to all the other brands I’ve used.

Anyway – I hope to do a proper photoshoot when the weather gets a little better and I have a little more time in the evenings. Until then, enjoy! 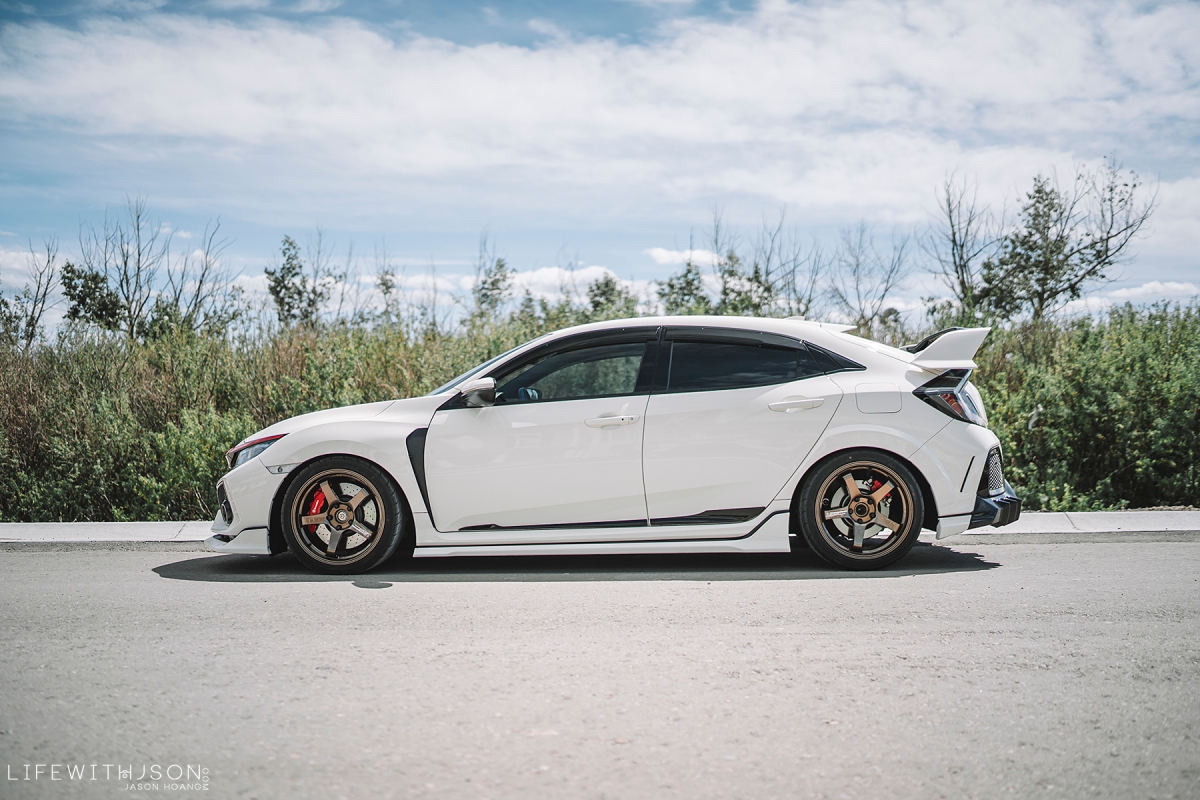 Probably my favourite angle on the FK8 right now…

The Thanos rear chin. Like I mentioned in my last post – I love how the vertical lines in the Mugen lip pair up with the horizontal lines in the tail lights and how those lines match up with the trunk lines. It’s pretty hard these days to find cosmetic mods that fill and continue the stock body lines. It’s also a rear that I love without a GT wing and prefer the stock wing instead. I know, I thought I’d never say that but the stock wing is bulky enough to match the whole car whereas I find the GT wings just feel too small and out of place. 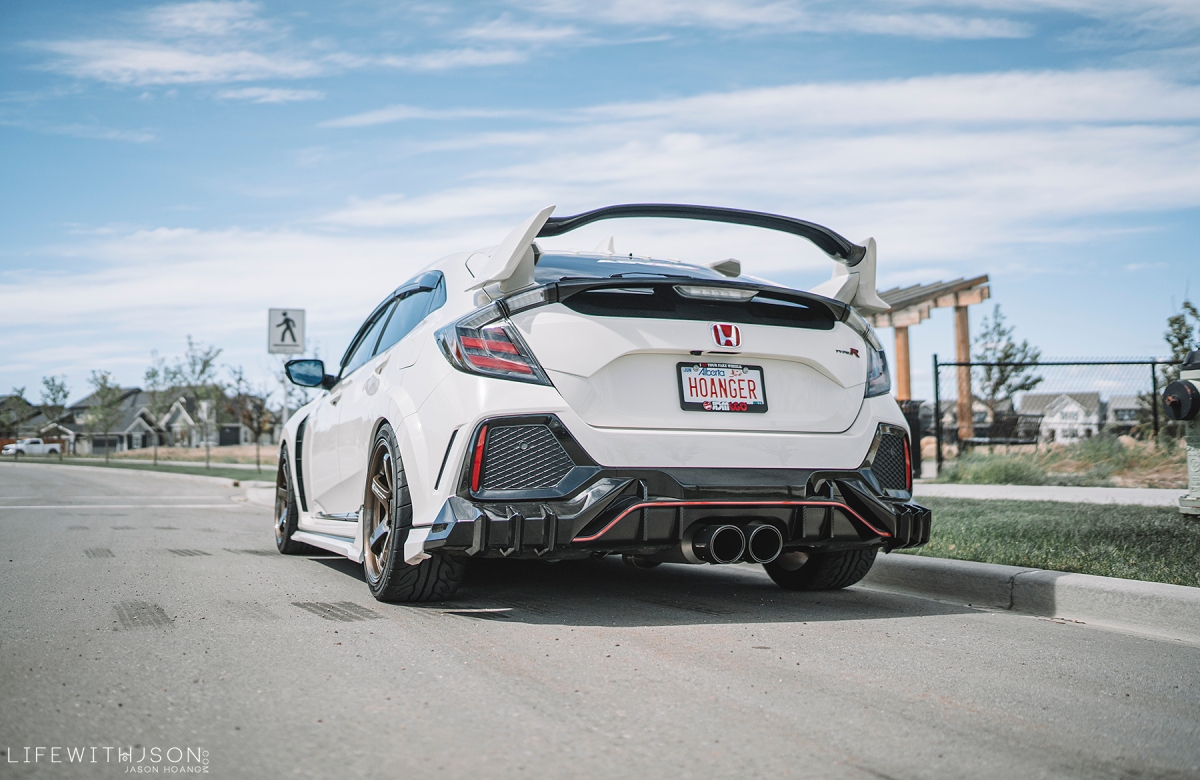 More shots of the rear… The addition of the red pin stripe on the lip is a nice accent to tie it all together.

Last shot back at home. I am in love with how this turned out because I didn’t think I’d get to this point this soon (or at all) but man… There’s only a little more this needs before I call it complete to me.