I’m basically going to be going on photoshoots for the next little while as I try to experiment more on style and composition. I know, I’ve talked about it lots in my last few posts but each time I go out, I’m finding something new and I’m loving it. I don’t know what it is – perhaps it’s because I haven’t actually had anything interesting to shoot in the last little while, or maybe the small little mods make me excited to shoot again…

I think it comes down to being able to go where I haven’t been able to go before. I’m trying to think of all the places that were usually considered “forbidden” or difficult to get into and I’m giving it a shot. So far, it’s been amazing because I’m shooting with no distraction or worry.

In this set, I went out after installing the OEM grill garnish and I’m seriously loving how it looks. It looks great on champ white and adds a little more aggressiveness to the front. Also adds some nice extra colour to the photos. This time I went downtown to see if I could get onto Stephen Ave… 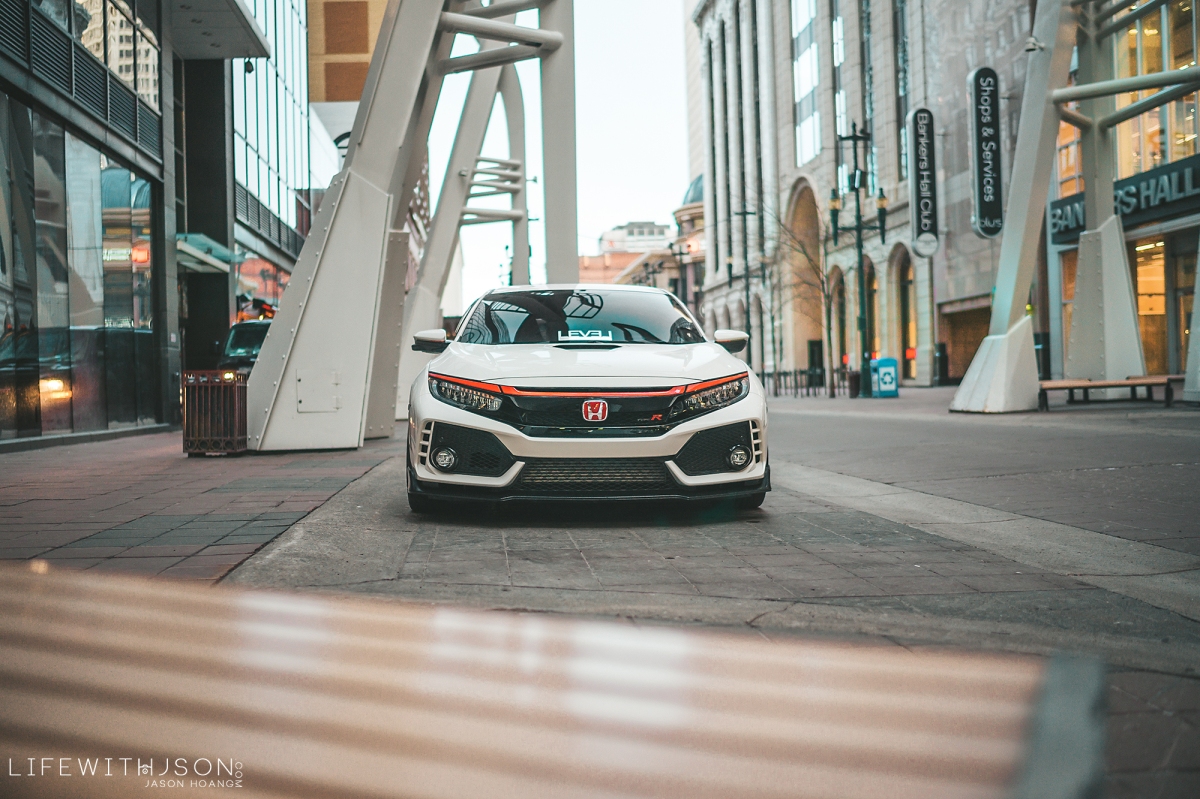 It was still fairly bright when I got there so the lights that usually light up Stephen Ave were not on but that evening sun lately is providing some nice, soft light. 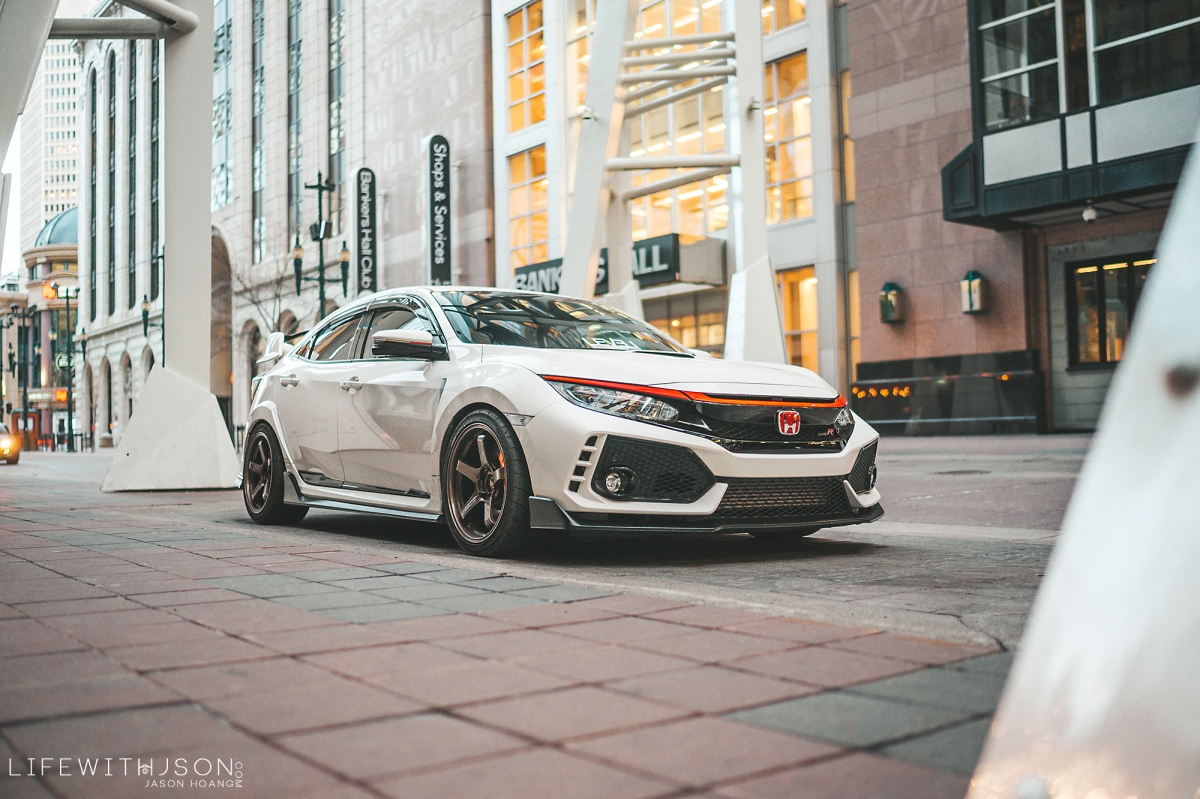 I parked off to the side of the road just in case… But didn’t really need to. Not a soul around except for some walkers but that’s about it. 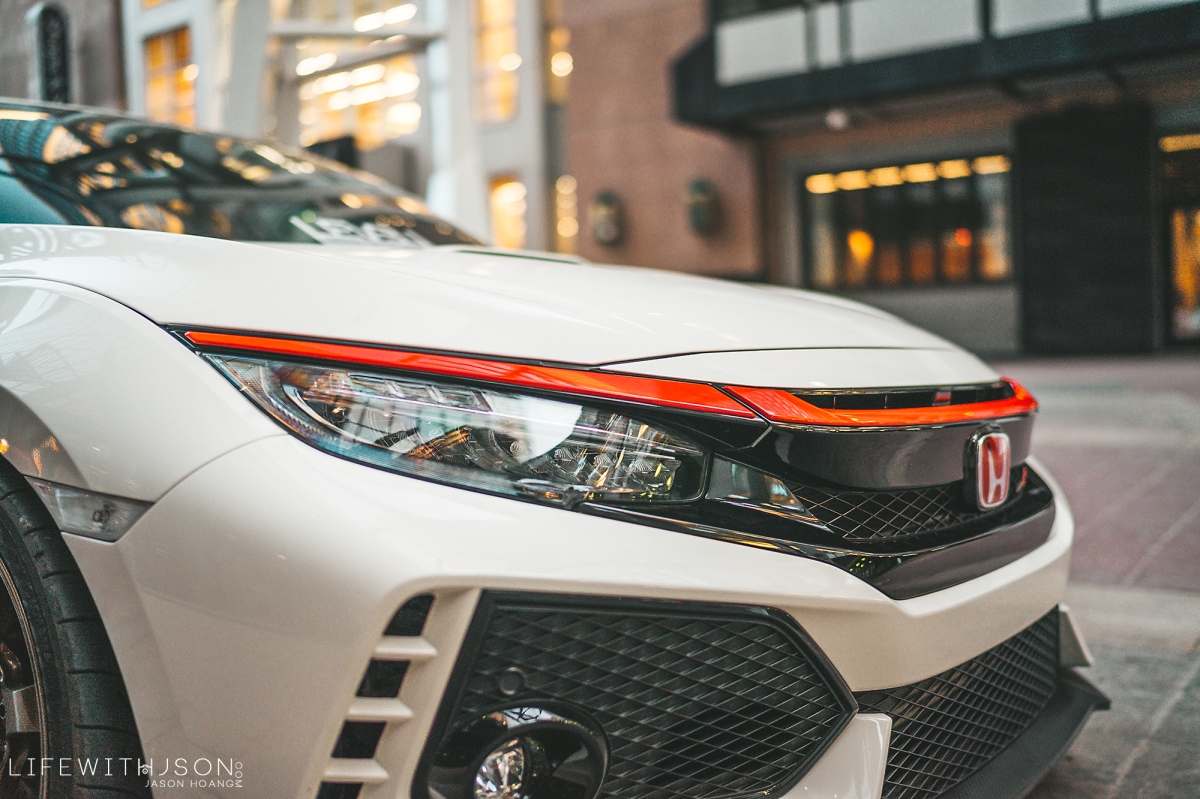 A close up of the grill garnish. Some might think it’s a ricer mod and under certain circumstances, if I were to have seen this anywhere else, I would think so too but man, I just love the look of it.

The beauty of downtown is all the glass you can get…

The other beauty of downtown is that the lighting can change in an instant. As soon as the sun sets a little more, you start to get a little more gloomy with a cooler light.

I circled around to get onto another part of Stephen Ave… Which was also dead. You can see at the top of the pic, there’s hanging lights that hang from one side of the street to the other. Those are usually on as the sun sets, but I was too early… Next time. 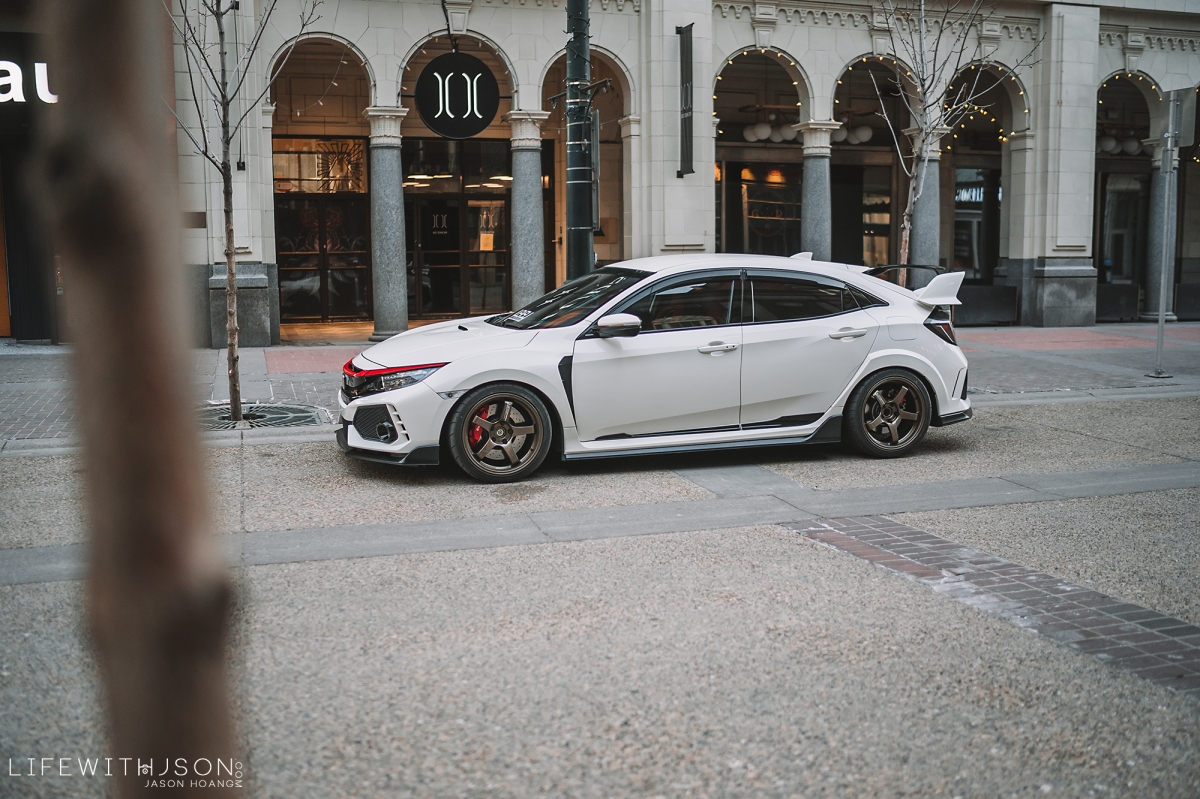 All by my lonesome. 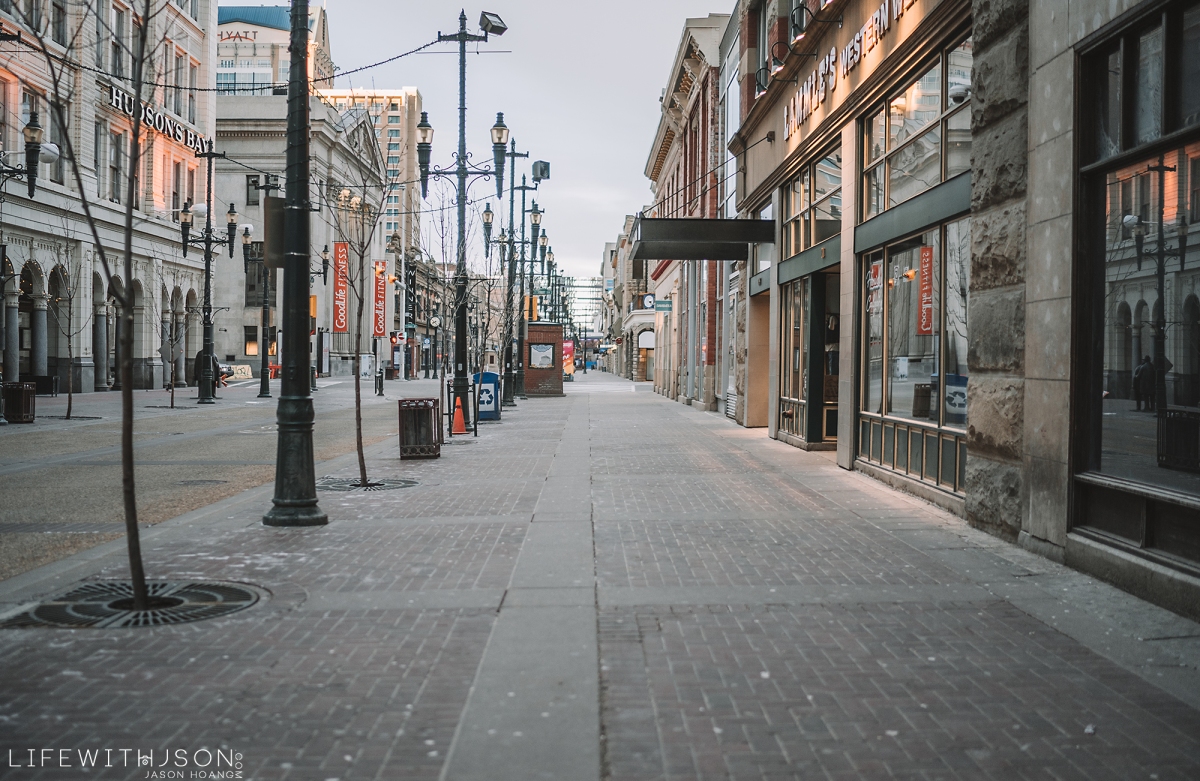 I’m not joking when I say there’s literally no one around… Take a look down the street. Not a single soul to be seen. Again, it’s a little eerie but peaceful at the same time.

So, I decided to move to the center of the road. I was there for probably 15 minutes and no cars came to drive through either.

I think a little later in the evening once those lights are on, it would give a nice feel.

I decided to roll by the Hotel across from the Calgary Tower to see if I could get in to shoot. The last time we were here, I was in my STI and we were able to get in. The reception at the time said we weren’t allowed but we convinced them that we were just going to take some quick pics and we would be on our way.

Typically, this alleyway is full of cars and valet, but as expected – it was dead.

As I rolled up and looked into the window of the hotel, no one as at the reception desk. Initially I thought that it was closed so I was home free. After about 10 minutes, a lady showed up at the desk – she was probably doing some rounds. I made eye contact with her and signaled my camera and just mouthed “I’m just taking some pics” and she waved and mouthed back “whatever!” Score. I mean, if you got nothing going on here, and harmless little old me is just taking pics, what does it matter?

I think if I rolled through here a little later at night, it would provide some cooler pics as well.

That’s it for this chapter in “Isolation Photoshoots”. More to come soon, I hope!