Went out for a second time at sunset with Mike and this time Ricky joined to also get some shots for his video clip. We had some great lighting that night and it turned out super awesome. Of course, with Mike and Ricky running around with their cameras, I felt left out so I took some snapshots. I didn’t do any video because I have no idea what I’d be doing with it anyway LOL. I’ll just leave that to the pros…

We headed back to the same spot to finish up some clips and then went out to another spot to do some rollers. At the end of this, I’ll post some shots that Mike was able to get of the car as well.

The guys doing their thing 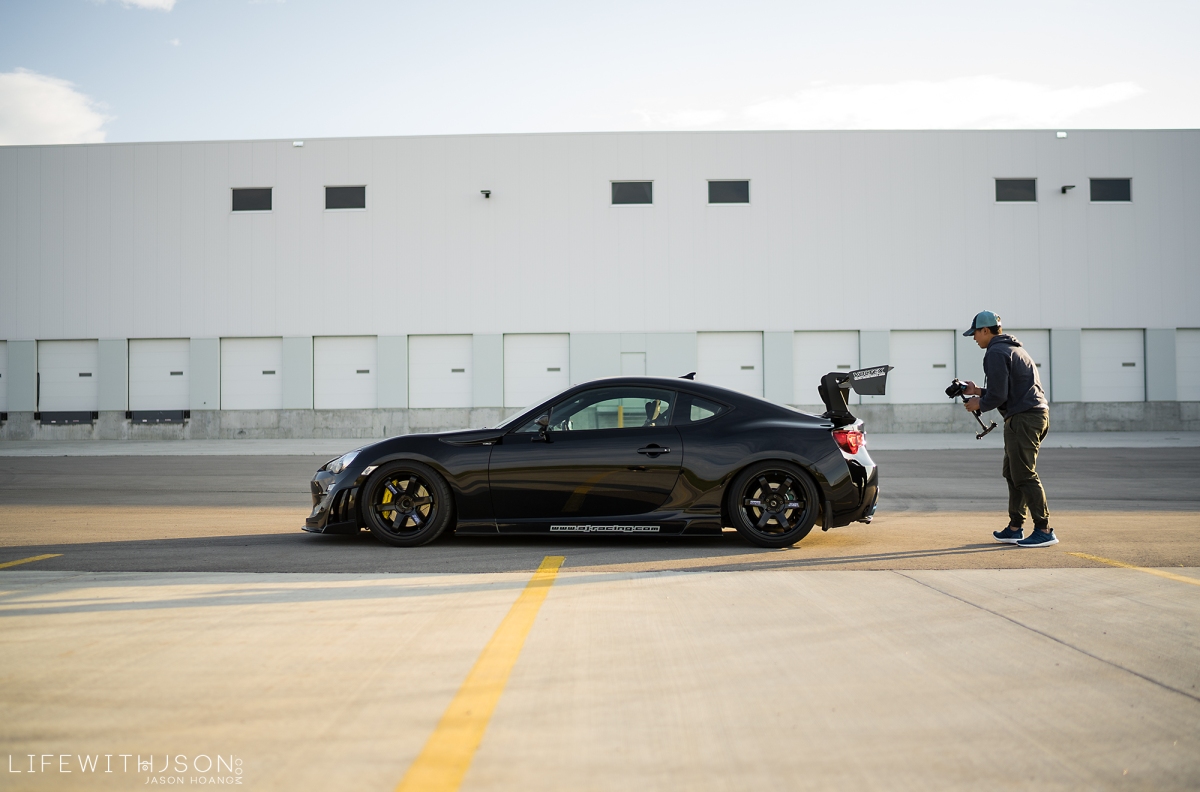 Ricky getting his video shots

As the sun was setting, the sky was full of clouds and gave us a super awesome backdrop. 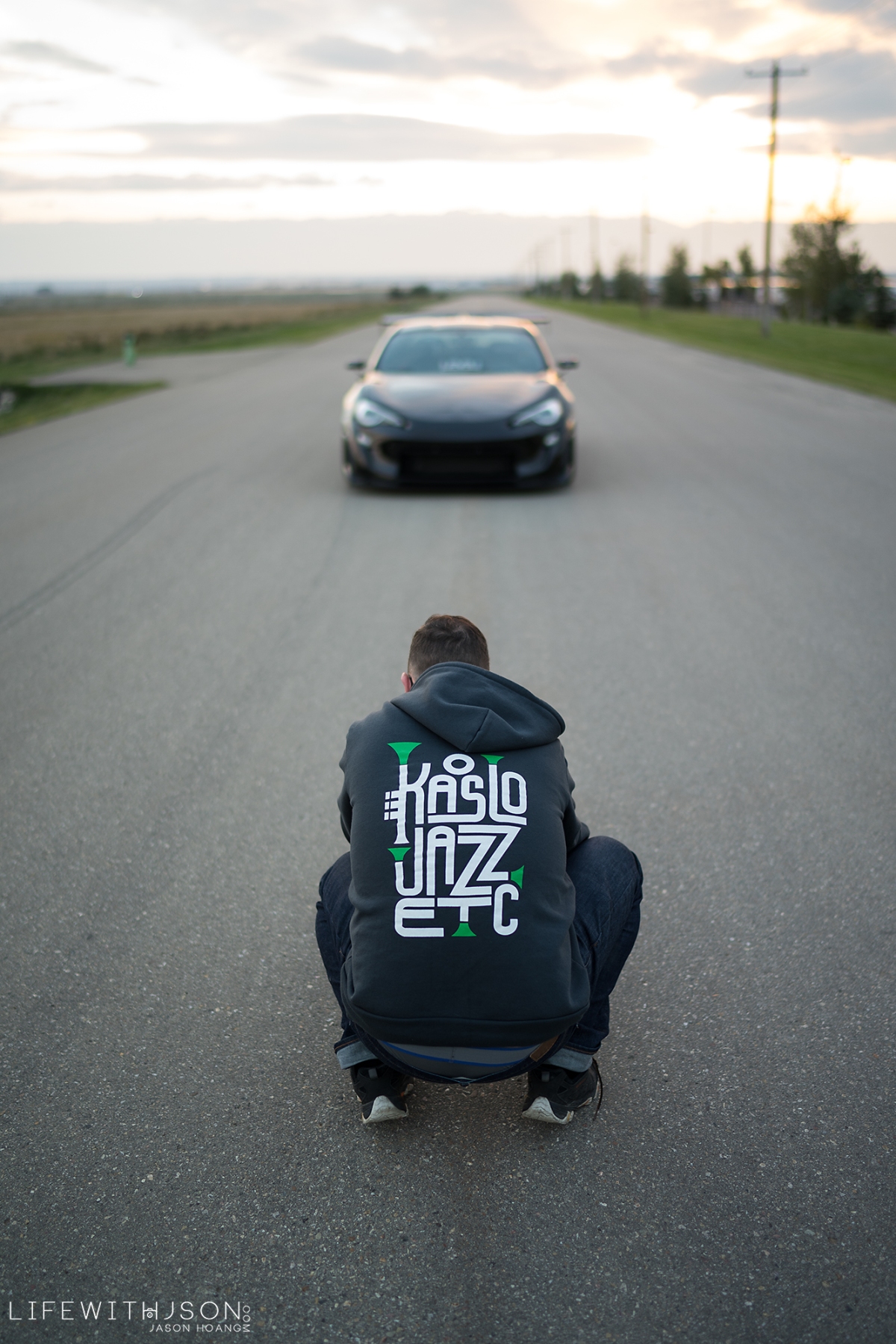 Mike getting some shots… 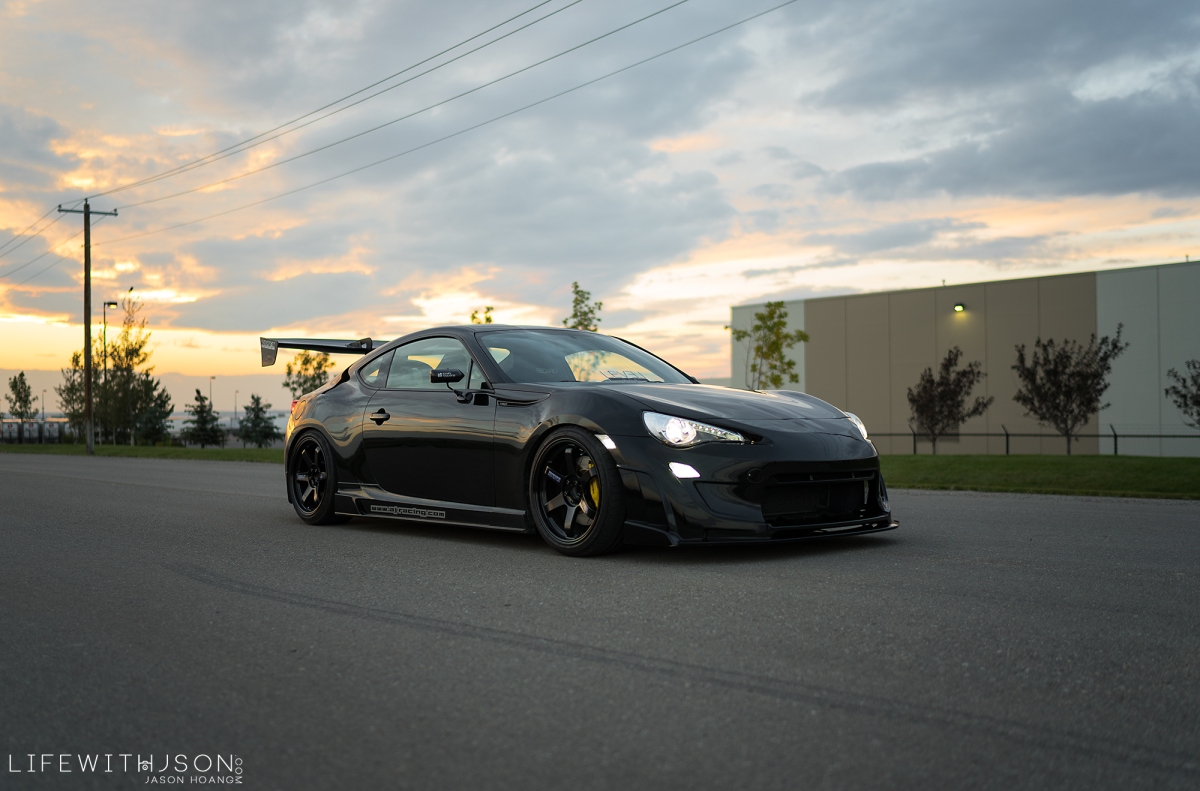 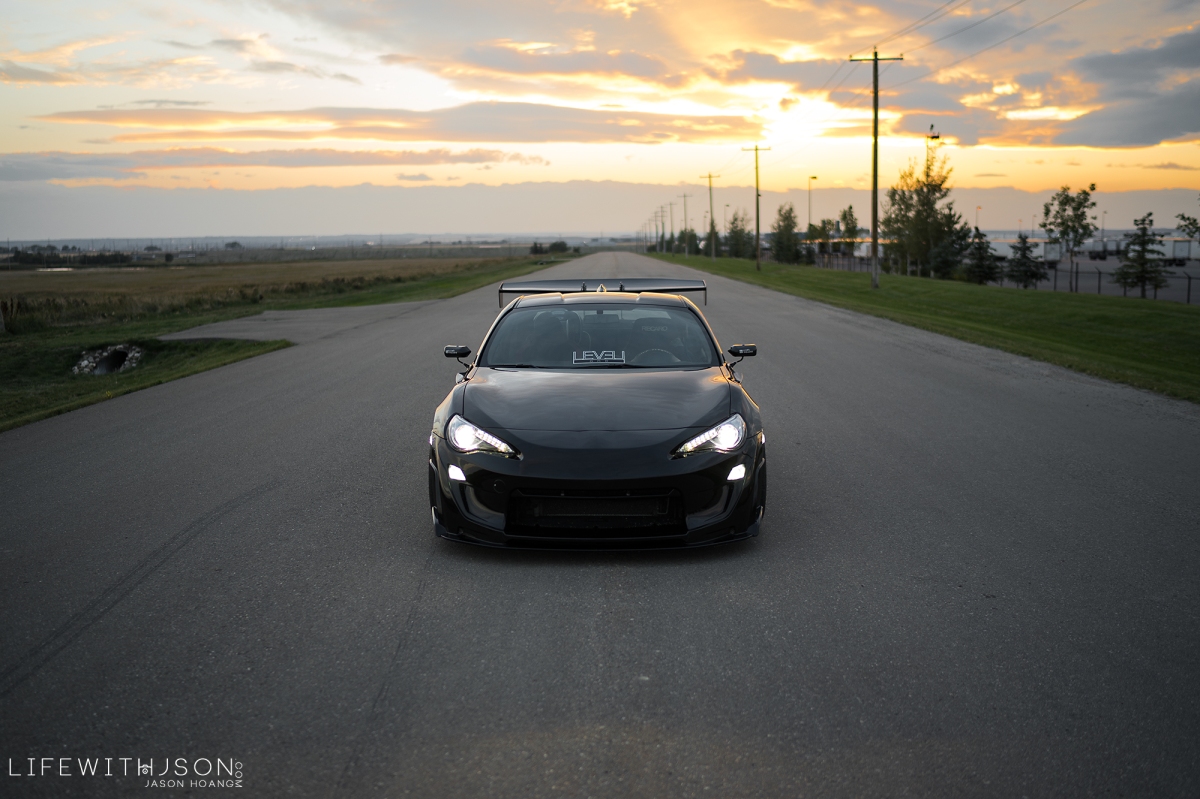 That’s it for my shots… I’ll move onto Mike’s still shots.

We were discussing the shots a few days ago and I mentioned how crazy it is that our shots are so drastically different even though we shot the same subject in the same spot. That’s part of the craft, I suppose – but all you need is someone to look at a picture differently and think it needs something drastically different than you thought it needed. For myself, I was editing the pictures and thought “meh, that’s as good as it gets” and then Mike sent his shots and suddenly I was like “I guess more could’ve been done”.

That’s the best thing about shooting with others with the same approach to photography. They have a completely different perspective. 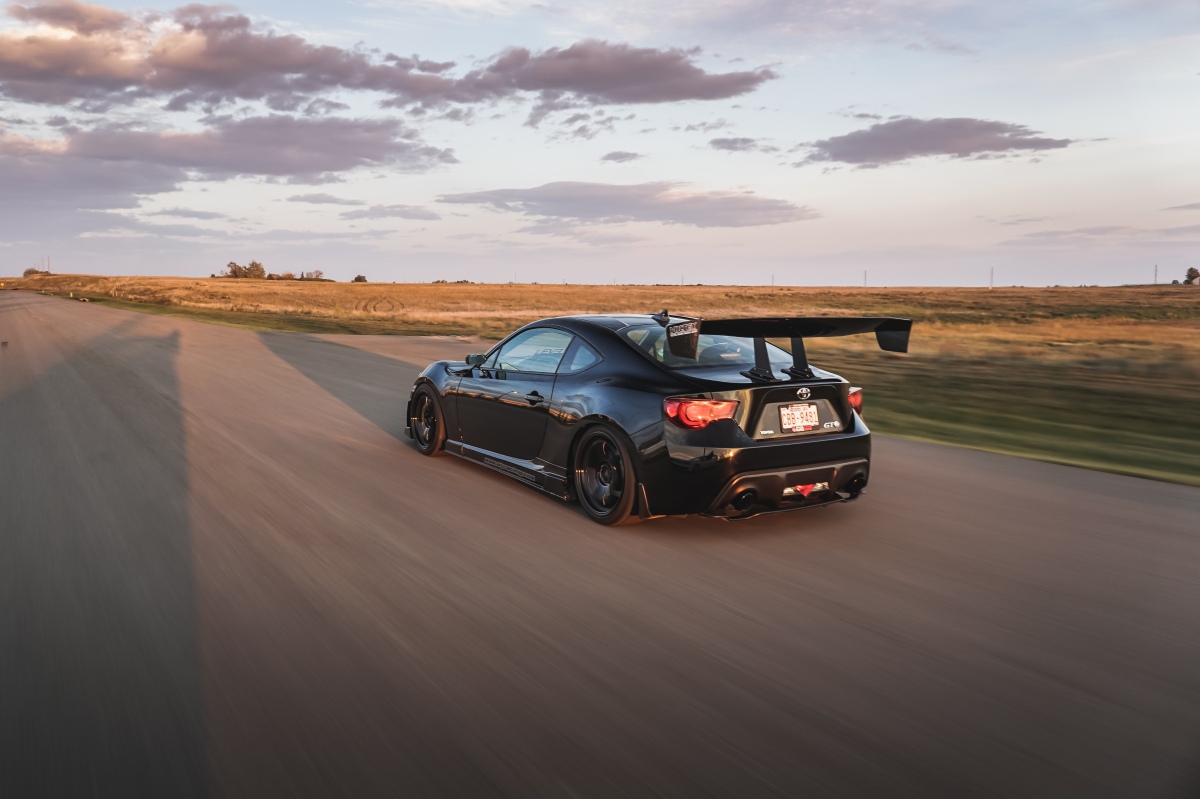 That stance. I love how the car sits. 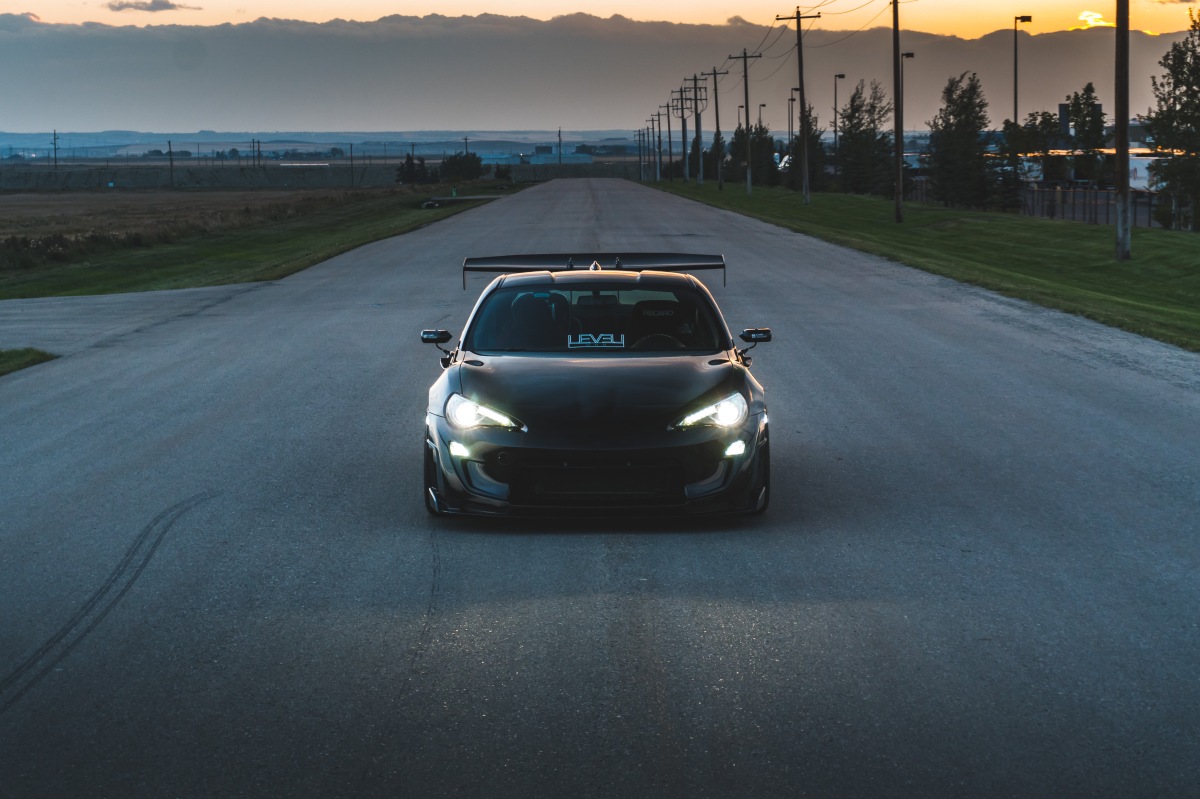 One of my favourite rollers he captured that night. Shows those yellow brembos perfectly

And the infamous “look back at it” shot. This was completely unplanned but I liked this a lot. I always saw these types of shots but I would always think it was staged… Guess now I know I bought the right car, right?