The show we arguably all wait for each year has come and gone again. It stuns me how big this show has gotten… From the first year being in the tiny lot just around the corner to filling up the larger lot below and selling out within 10 minutes each year. Like every year, the show brings the best of the best out and even those that are just getting started in the scene – lots of variety, lots of styles, lots of everything for everyone pretty much and it’s great!

I don’t know if I’m just getting old and complacent lately but I did notice this year was fairly unchanged in terms of the builds that came out. It feels somewhat like a lull in our local car scene because everyone just built things so fast. Just a few years ago, I was saying that everyone was on Rota’s and suspension… Today, everyone has aero, widebodies, GT wings… The works. You barely hear the word Rota anymore and we’ve made such a huge shift in the quality of builds. That huge shift happened so fast though that it almost seems like things are just put together for the sake of having something “put together”. There is a certain lack of attention to detail that often gets overlooked and ultimately undermines certain builds that otherwise deserve more praise. Don’t get me wrong, I enjoy seeing the legit shit – it excites me, it inspires me to keep building my own car and seeing friends build theirs. Things like how an overfender was put on – was it put on properly with proper hardware and care? Or just rattlecanned, home depot-bolted in, and some black rubber lining to hide the gap? Other things I saw lots of was yellow, cloudy headlights – really? We have products now that you just wipe on and wipe off to fix that. And one of the most basic things – swirls in paint. My god, the swirls in paint. You spent $1000+ on your coils, $3000 on wheels, and whatever other sum of money on your car but not on the paint care. At least a quarter of the cars in attendance on Sunday could have used a simple polish to really shine. I don’t know – am I being petty? Maybe. Am I being too judgemental? Probably. But if no one complains about it, no one knows right? So I guess that’s what I’m here for – just to offer some thoughts – attention to detail. You guys spend the money on expensive things – take care of them.

Anyway – rant over. Lets get onto the pics! I split this into two parts to make it easy and I know every one wants a pic of their car. If you don’t see a pic of your car, I probably didn’t get a pic of it. I’ll explain at the beginning of my second post as to why I didn’t capture a handful of cars… But onward!

Barb’s Lexus RC-F on bronze TE37’s. That blue though… 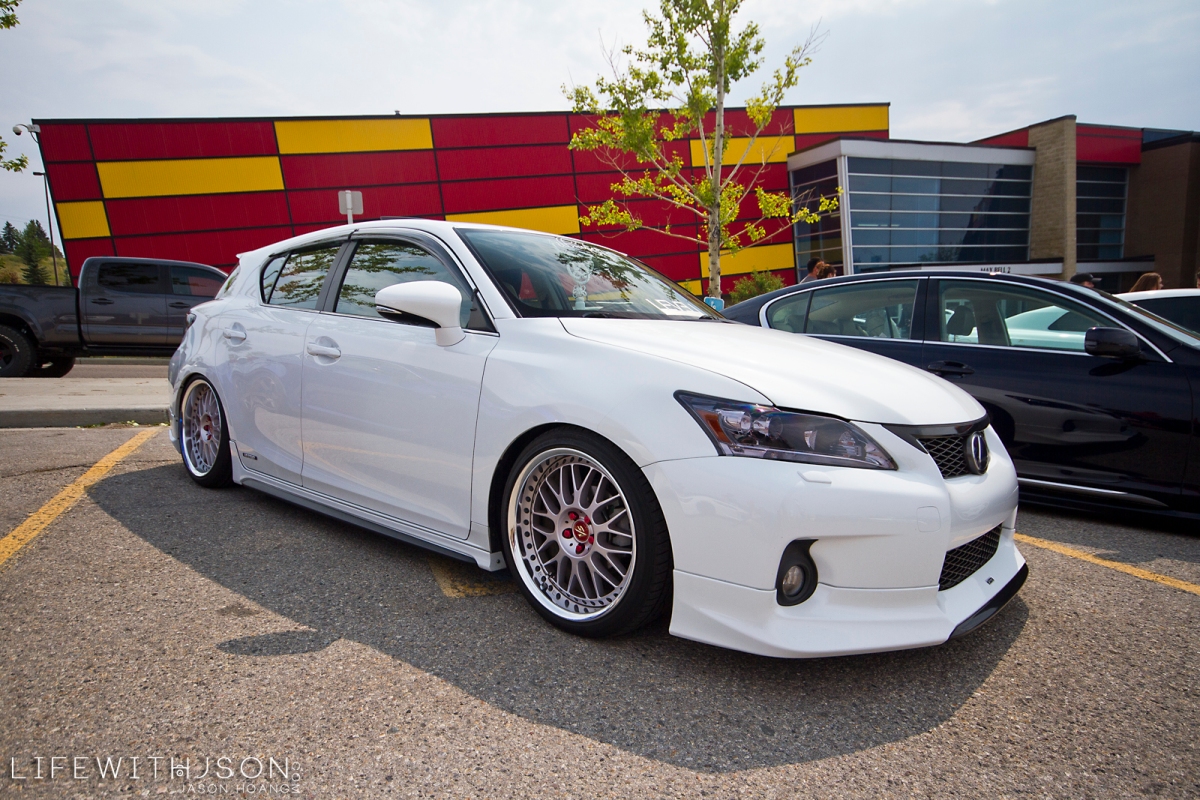 JC’s CT200h. Those wheels are becoming more and more Rose Gold every time I take a picture of his car. Custommmmmmm 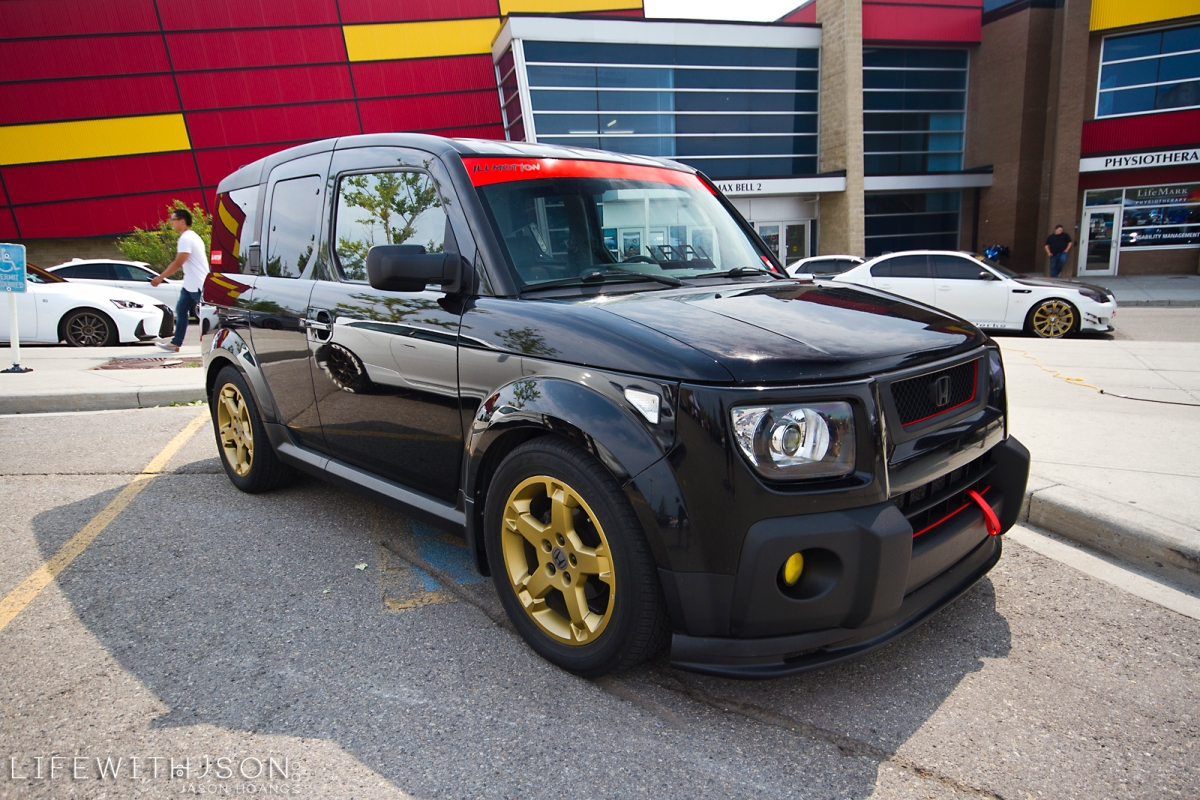 Aldrich’s Element. I dig the retrofit. 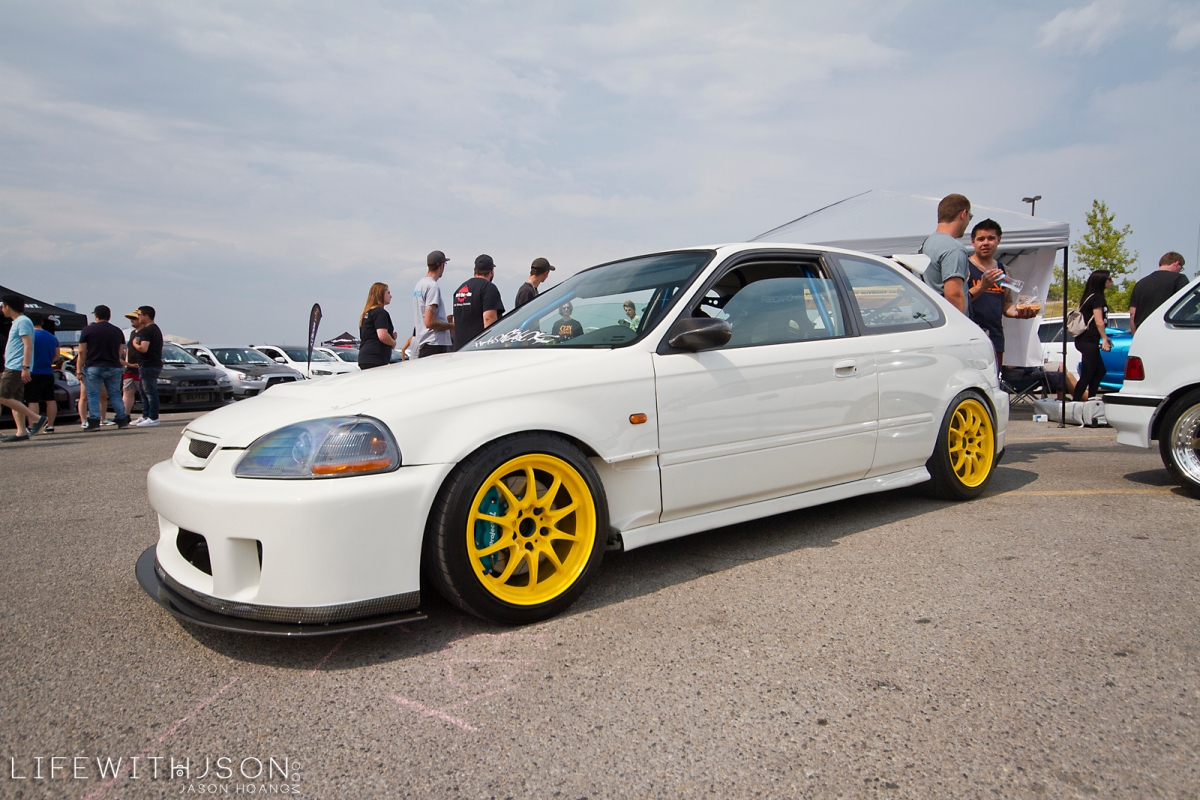 Arif’s EK on CE28’s with a ProjectMu BBK. Also outfitted with the new carbon splitter that Adrian created for him. Looks great! 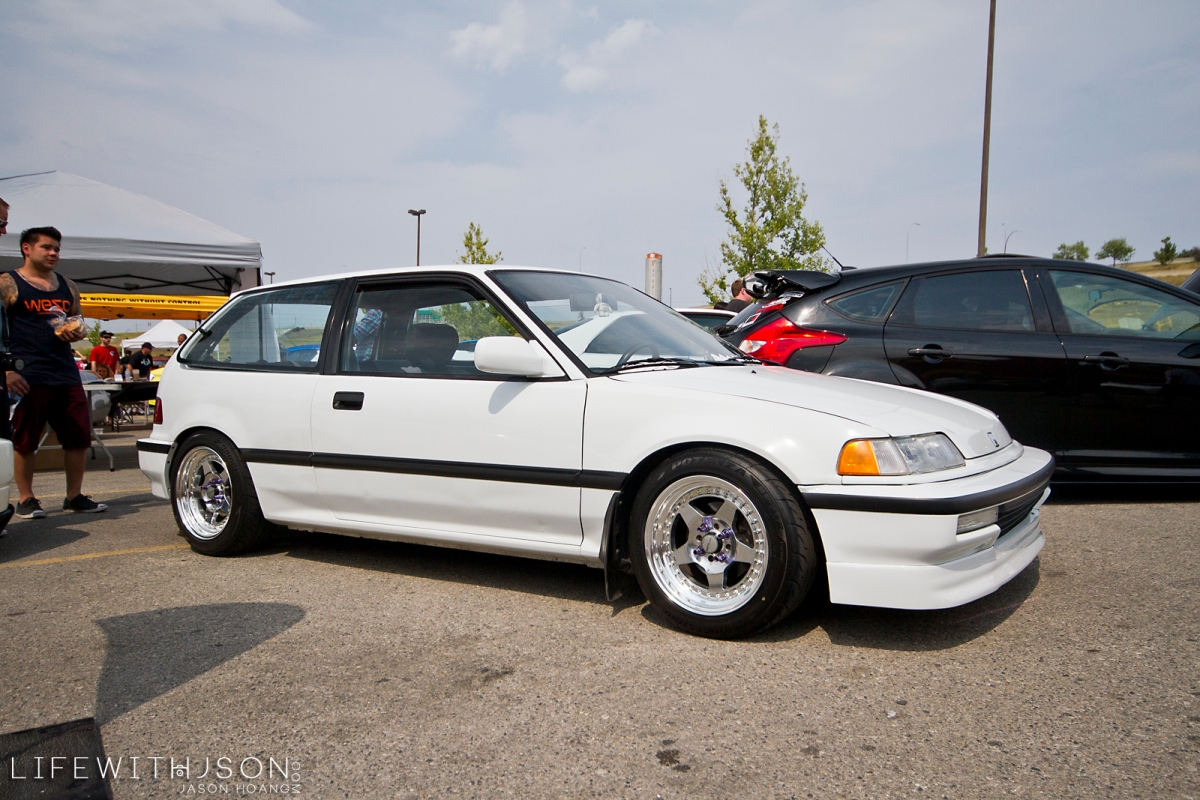 Devon’s new pick up – replacing his EG. This shell is mint! A big reason he made the switch was because of how immaculate the paint was with no rust. 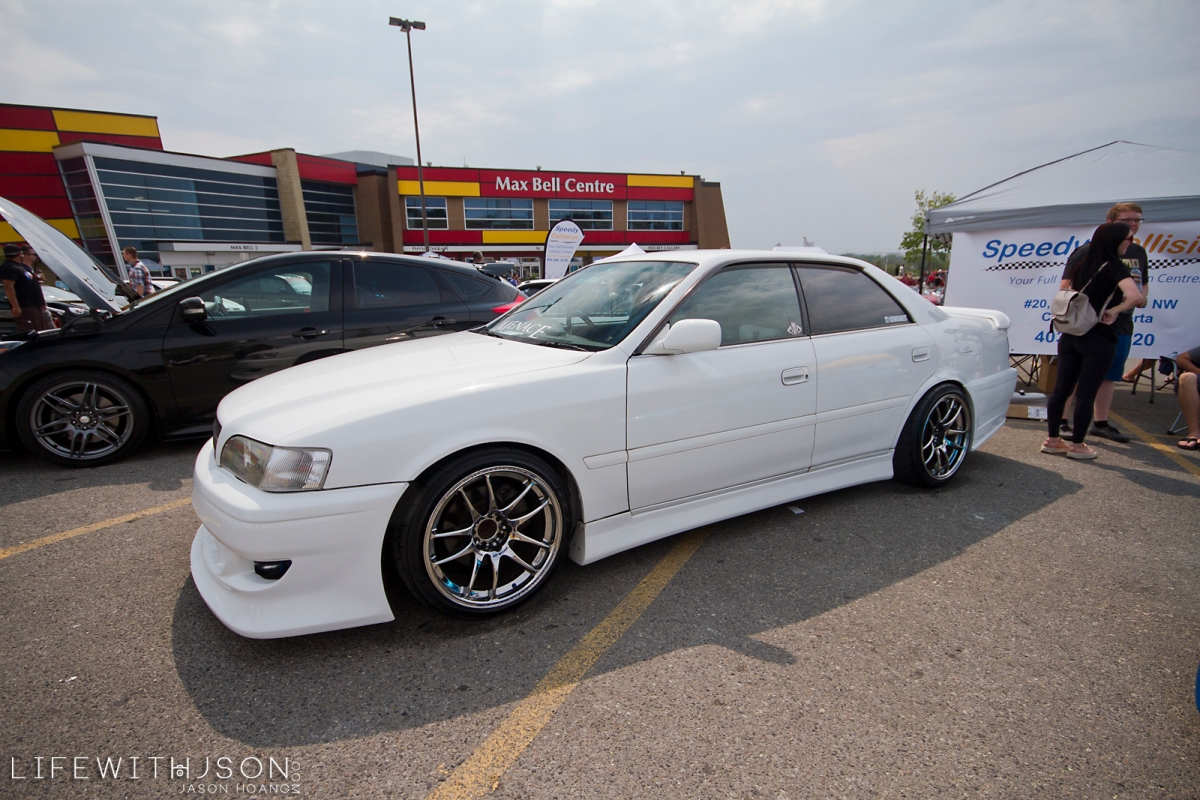 No bystanders were hurt on Sunday… This ‘stang laid low…

I got a chuckle out of this one. This dude always has the wildest things going on with his car. One year, he had his pet pig chilling around it. Now it’s fitted with yellow wrap and a “Fake Taxi” decal lol. Most guys would probably know what it is… Especially if you know what Casting Couch is. The LOLz…

Hands down my favourite of the show. I didn’t even know such a thing existed anywhere nearby. Varis fitted R35 GTR on TE37’s. Just incredible. I drove down Deerfoot all the way home with him behind me and this car is goals. I don’t ever say that, but I want this so bad. Kudos to you man – whoever this guy is – tell him I’m his fan. 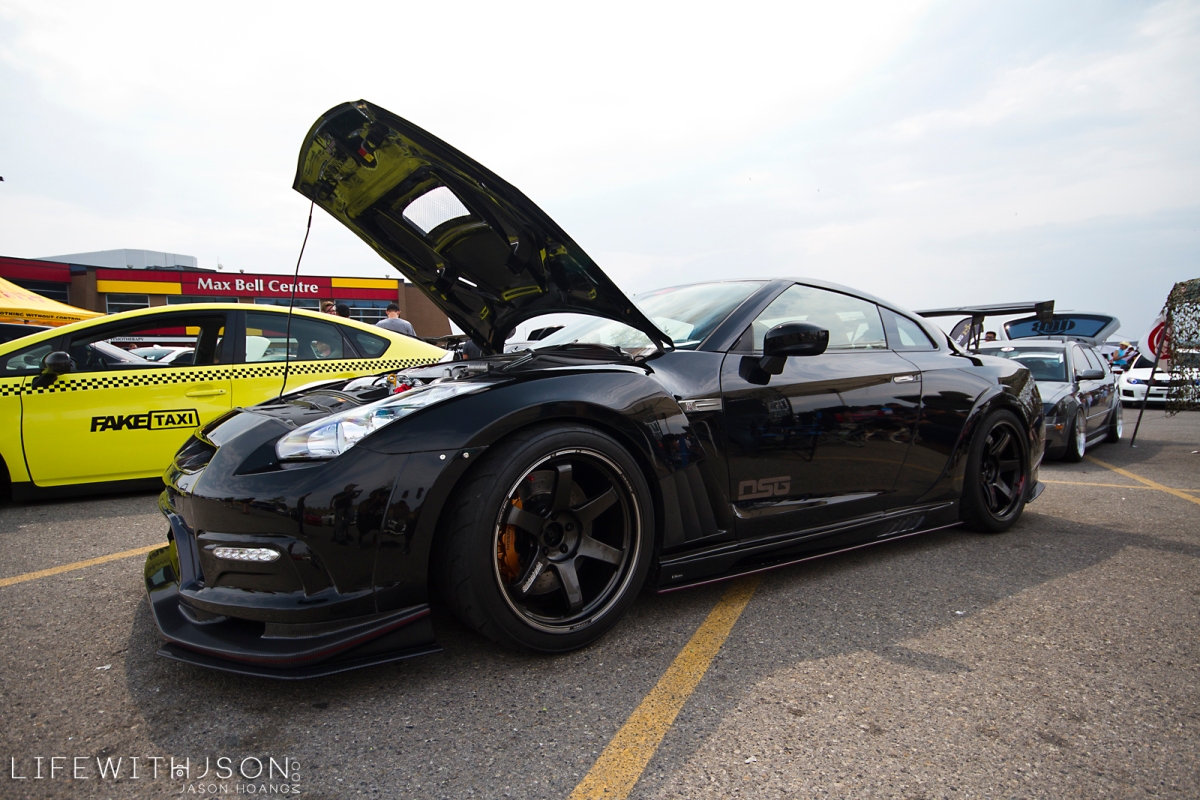 Here’s a good reason I didn’t take pics of many cars… But I took this one to show you why it annoys me. 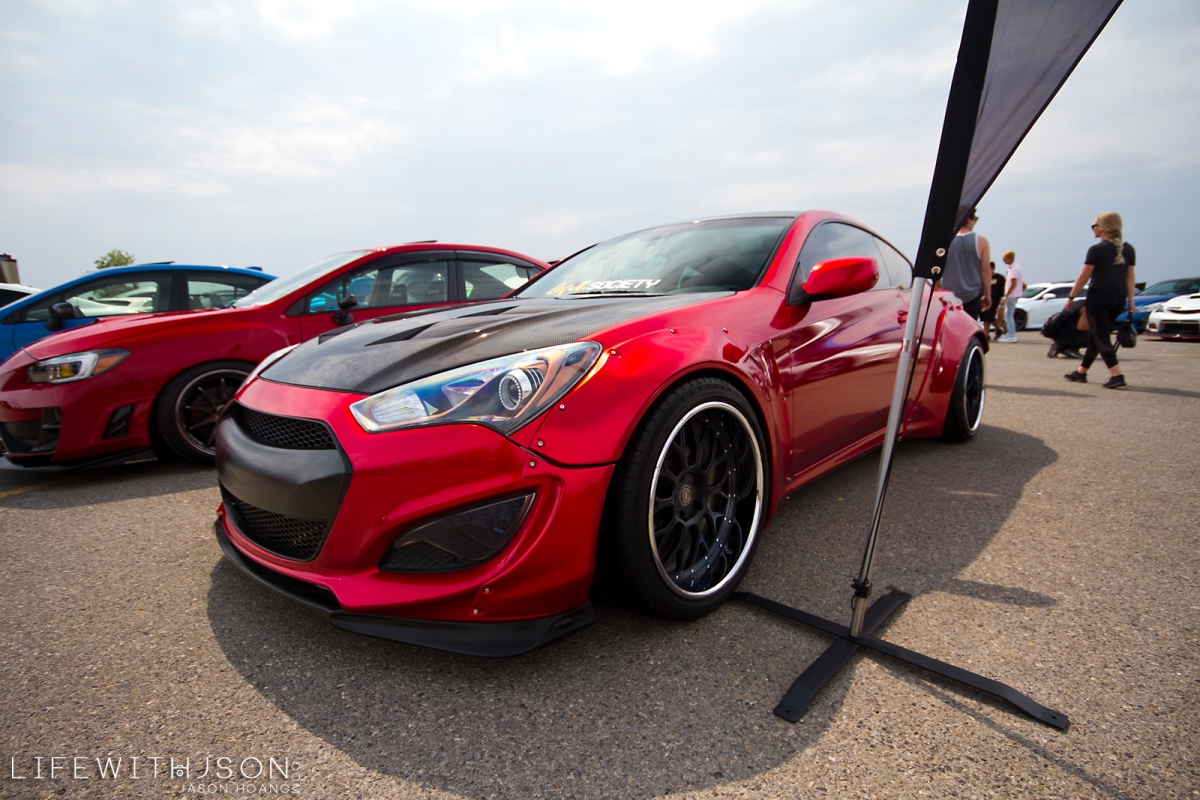 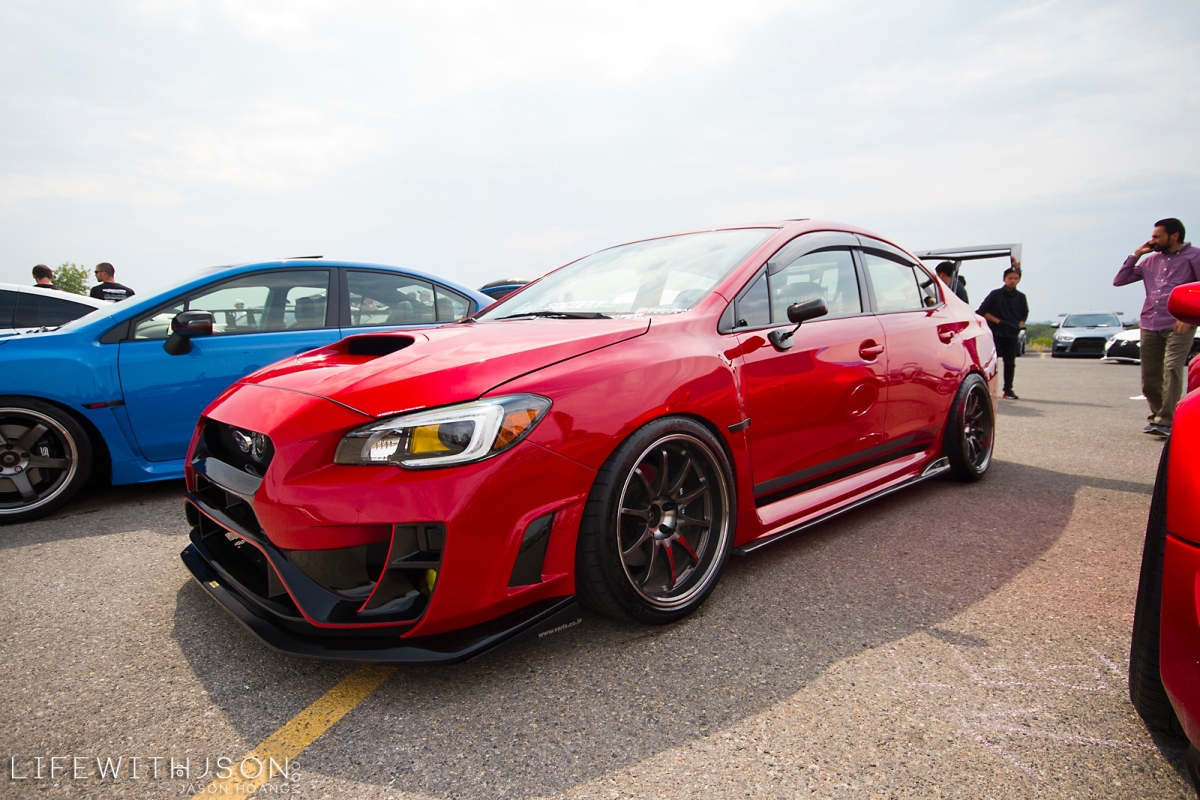 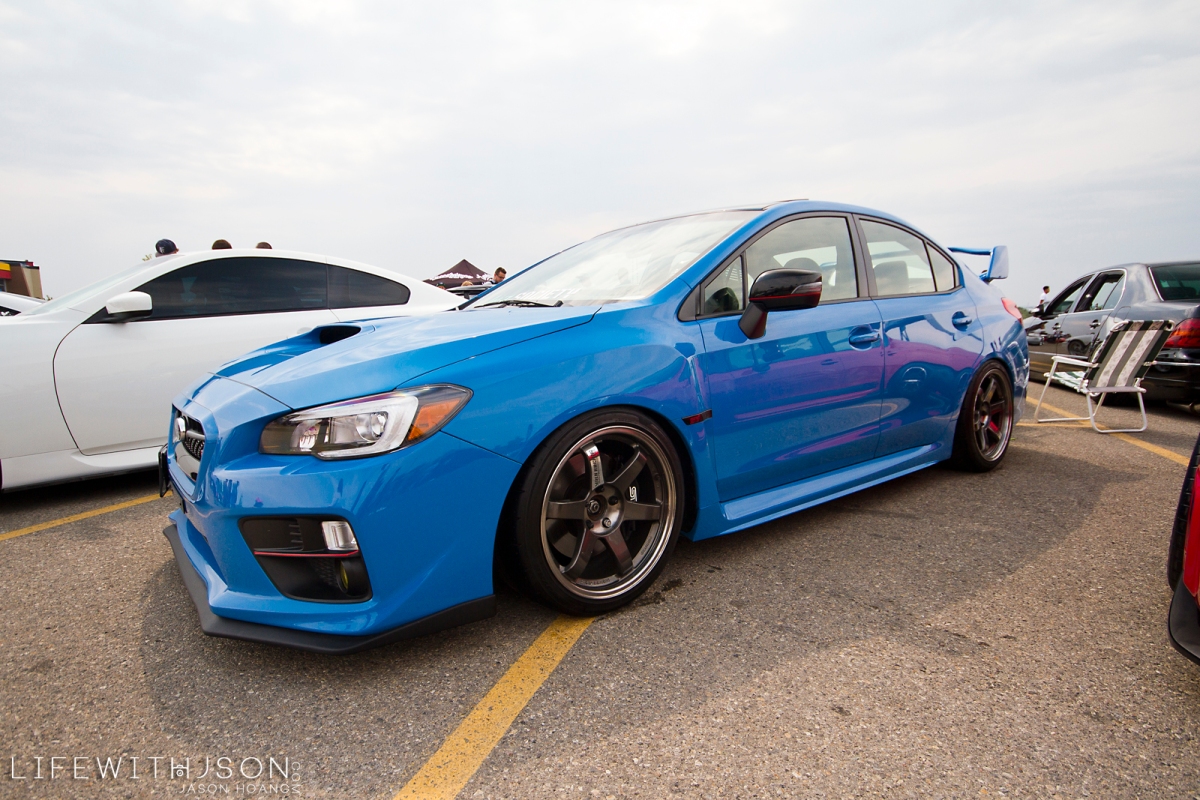 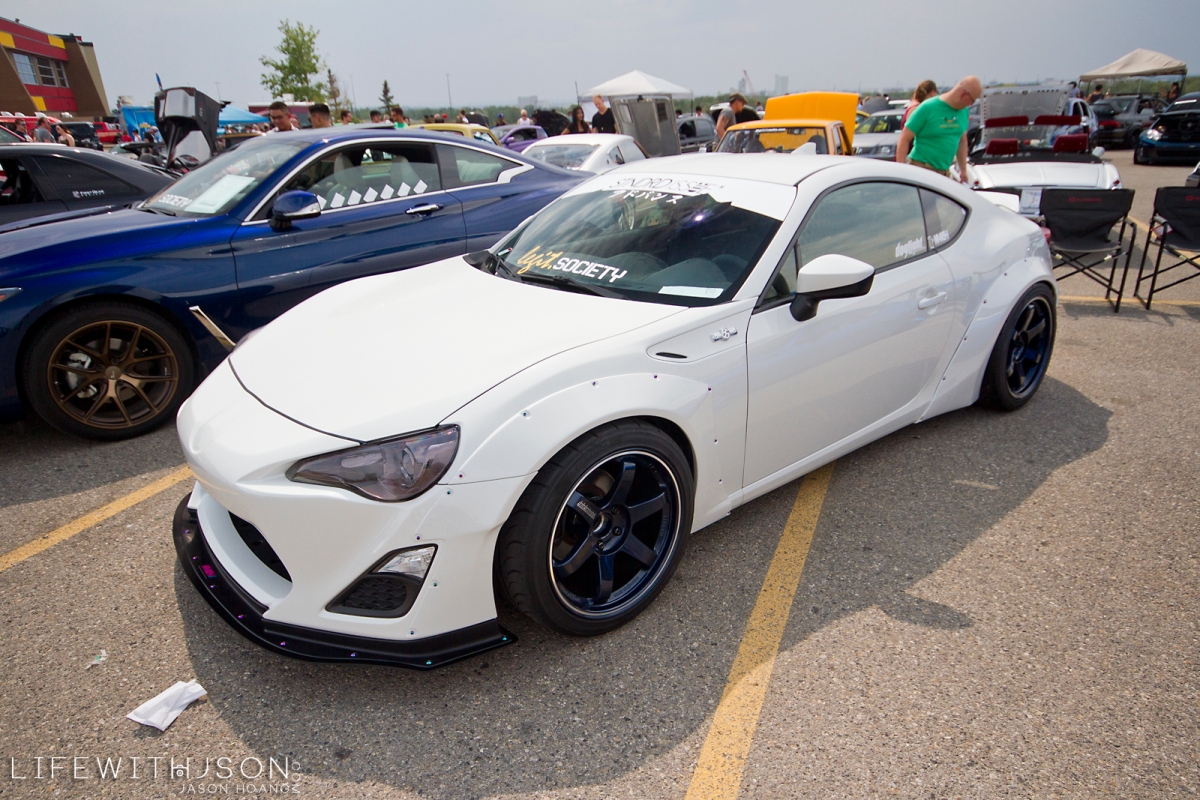 Li’s freshly finished FRS from Edmonton. One of the first KM4SH kits I’ve seen locally. There haven’t been many around since they did the collaboration but it’s a fairly simple kit that adds a little flare to the FRS. Also fitted with an Amuse exhaust as well – I wish I could’ve heard it more in person, but this was definitely a very clean build. Well done. 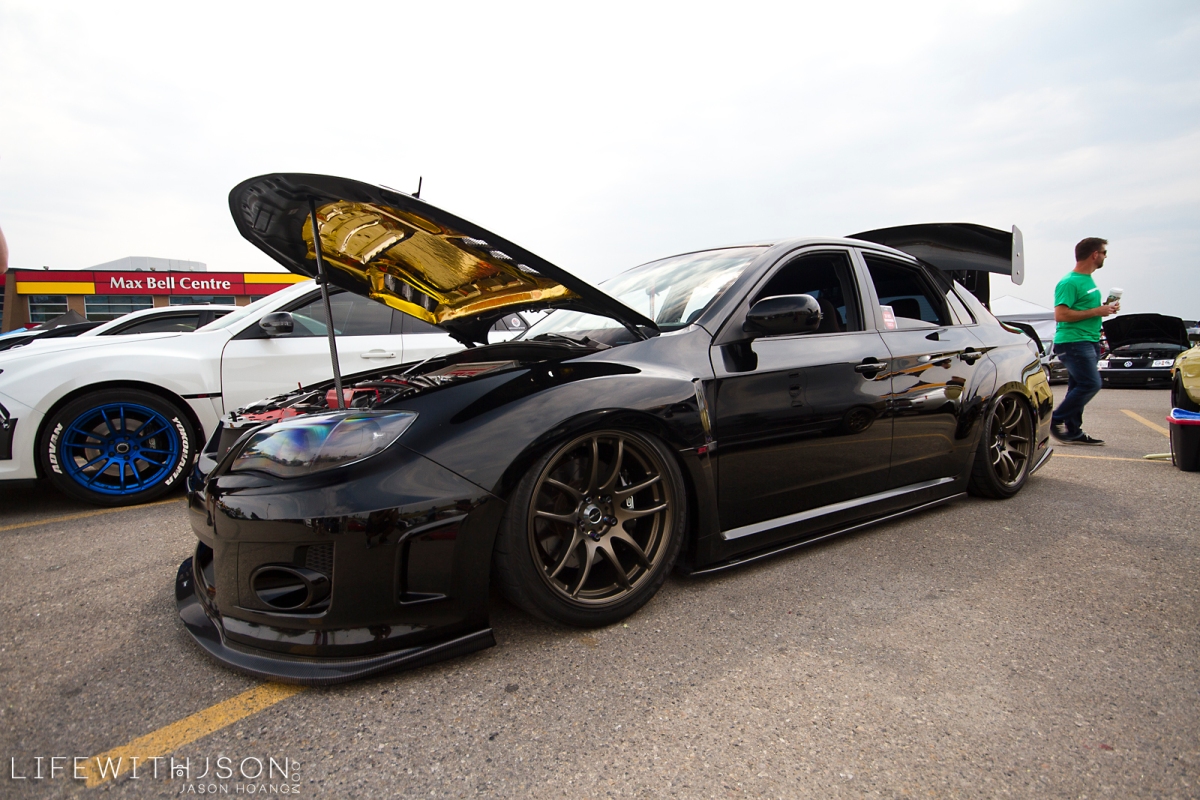 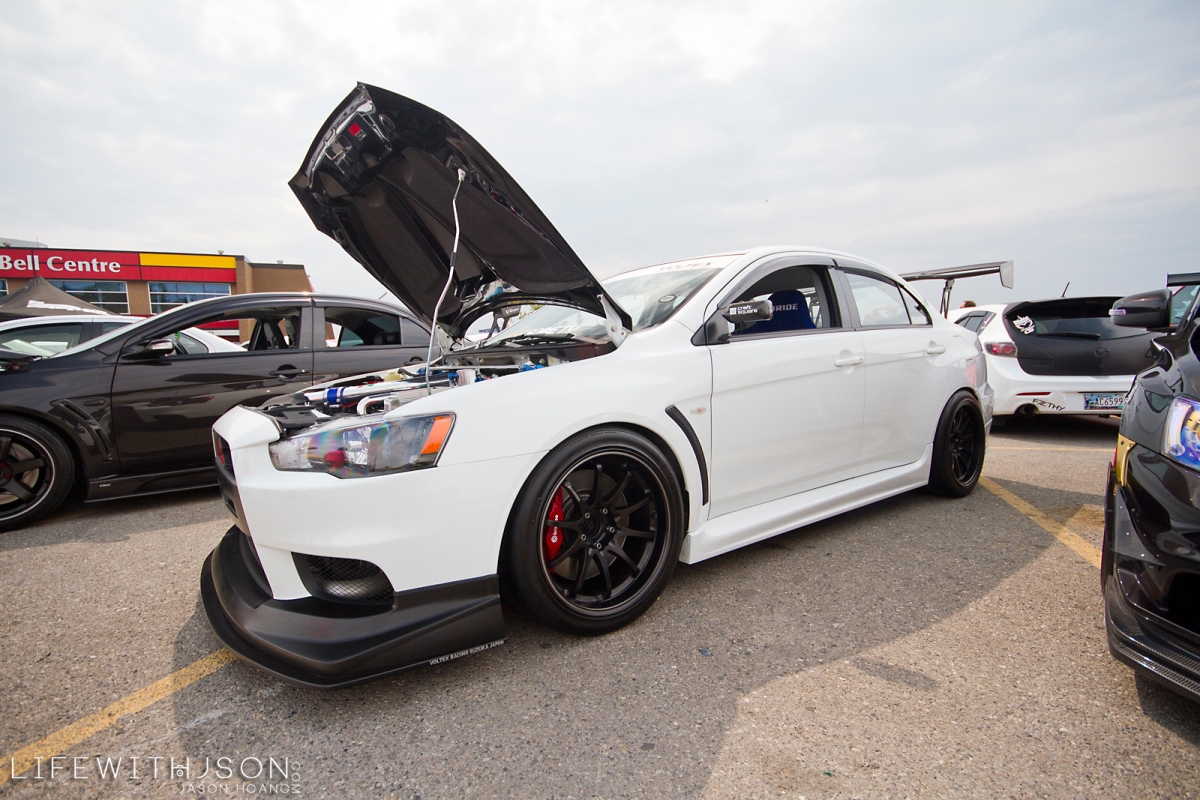 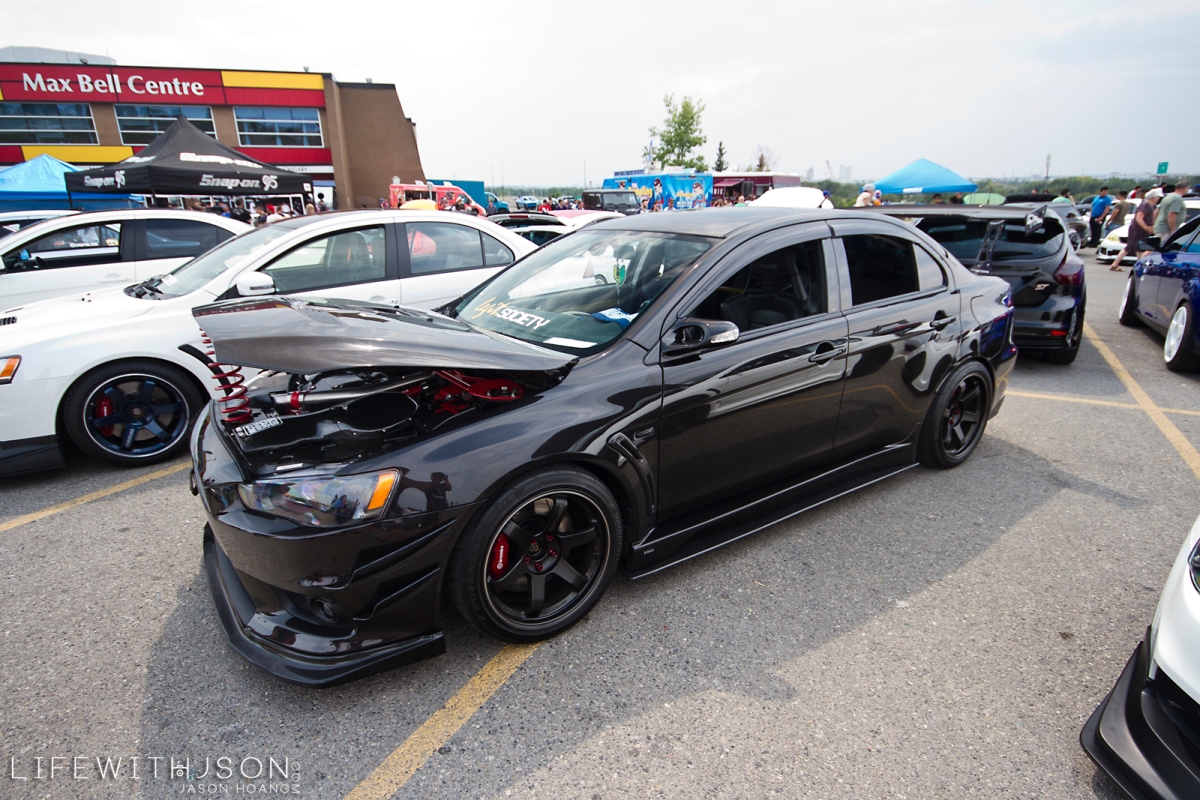 Lester’s K20 swapped Mini… HOW COOL IS THIS?!

2JZ no shi…. Look at the piping on that thing. Holy.

2JZ swapped FC RX7. So clean. Also hitting myself for not adjusting polarizer on this shot. Sorry for the headlight and windshield glare… 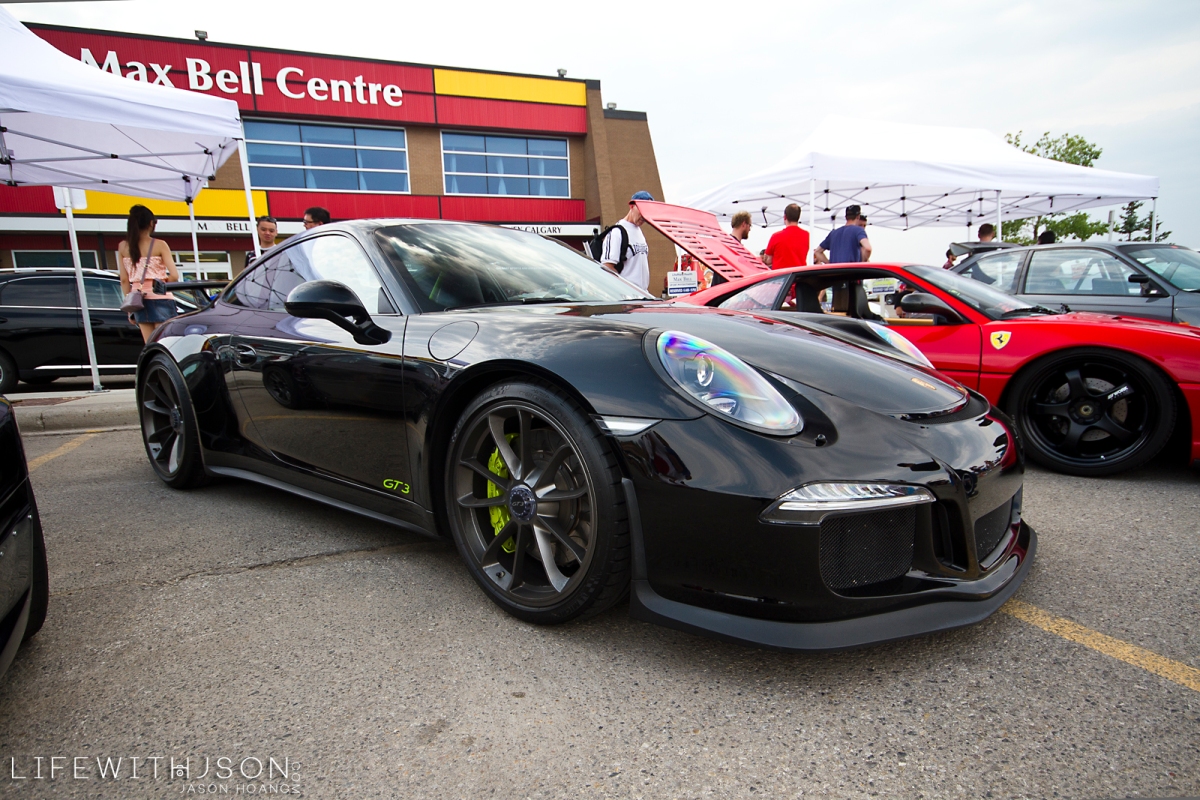 M&M widebody Civic. Punit filled me on the backstory behind part of this build… The owner had almost the exact same looking build prior to this sans the M&M widebody kit. I guess it got hit with some bad hail and messed up the whole shell. They acquired a new shell and began basically bringing everything over from the old one to the new one – no easy task but it was done on time for the show. The new shell has a wrap I believe, where as the previous shell was fully painted the battleship grey (?). Nonetheless – a very clean and awesome look. 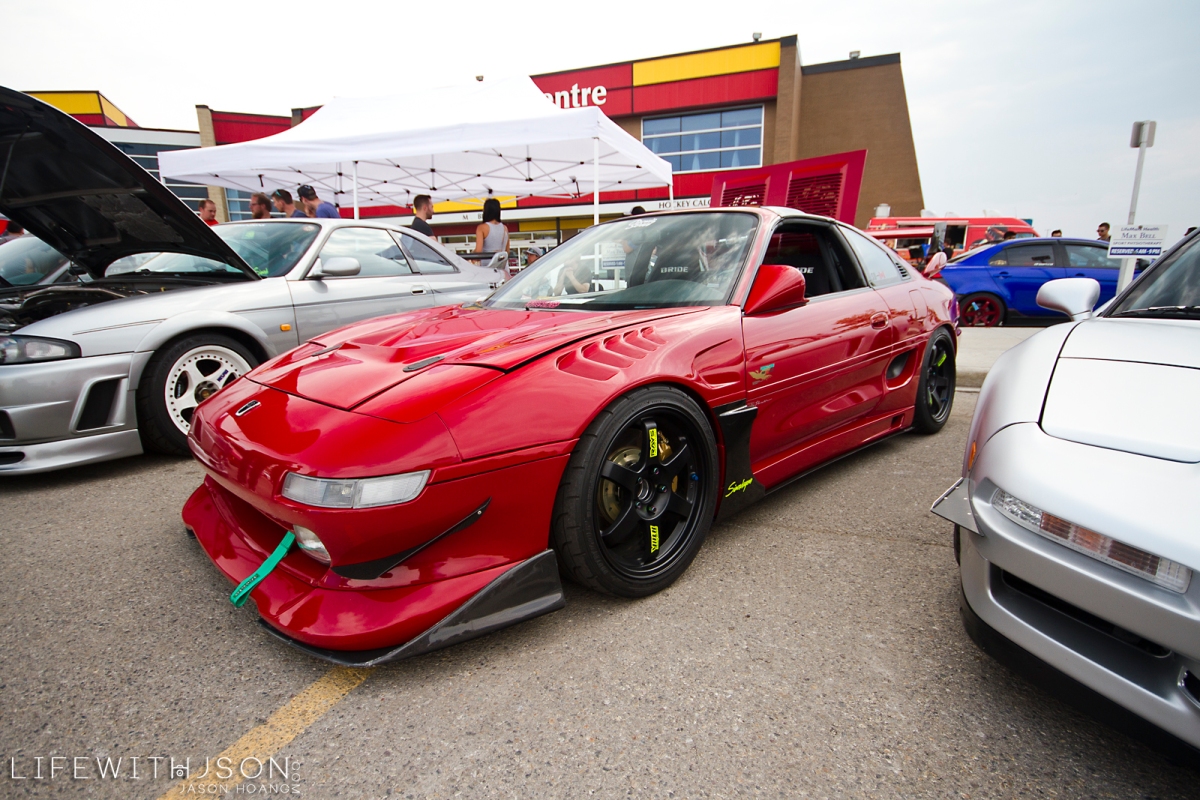 Ryan’s other red beast machine is this MR2 on TE37’s. Likely no stranger to anyone who has been in the car scene over the last decade but still a very fresh build. Ryan’s MR2 is one of the more iconic cars of our scene and continues to be as the years go on. 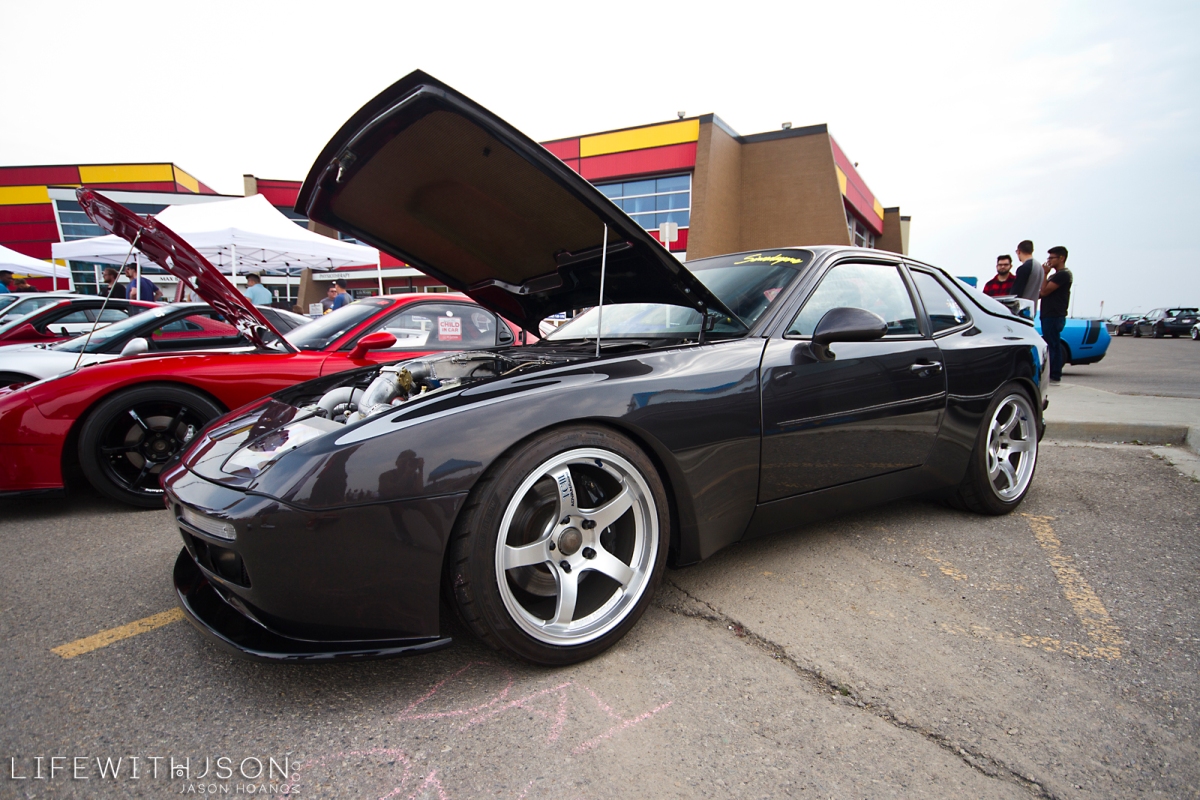 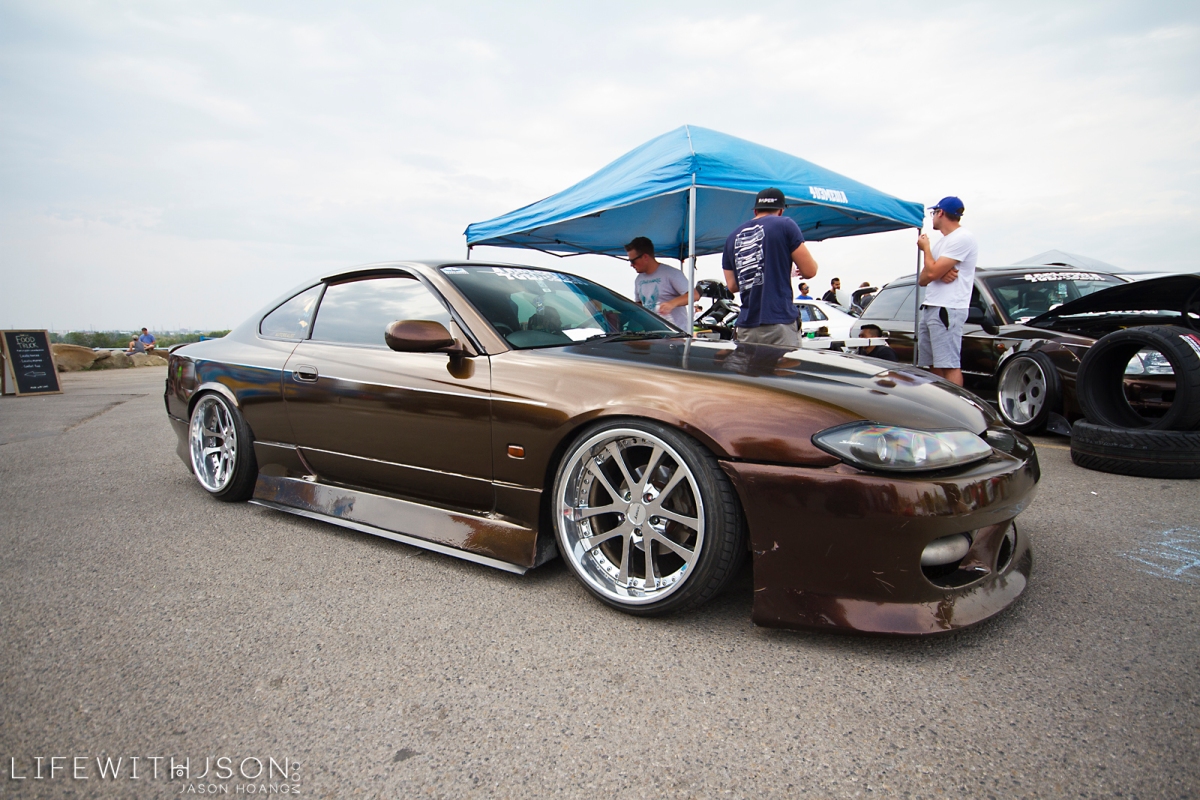 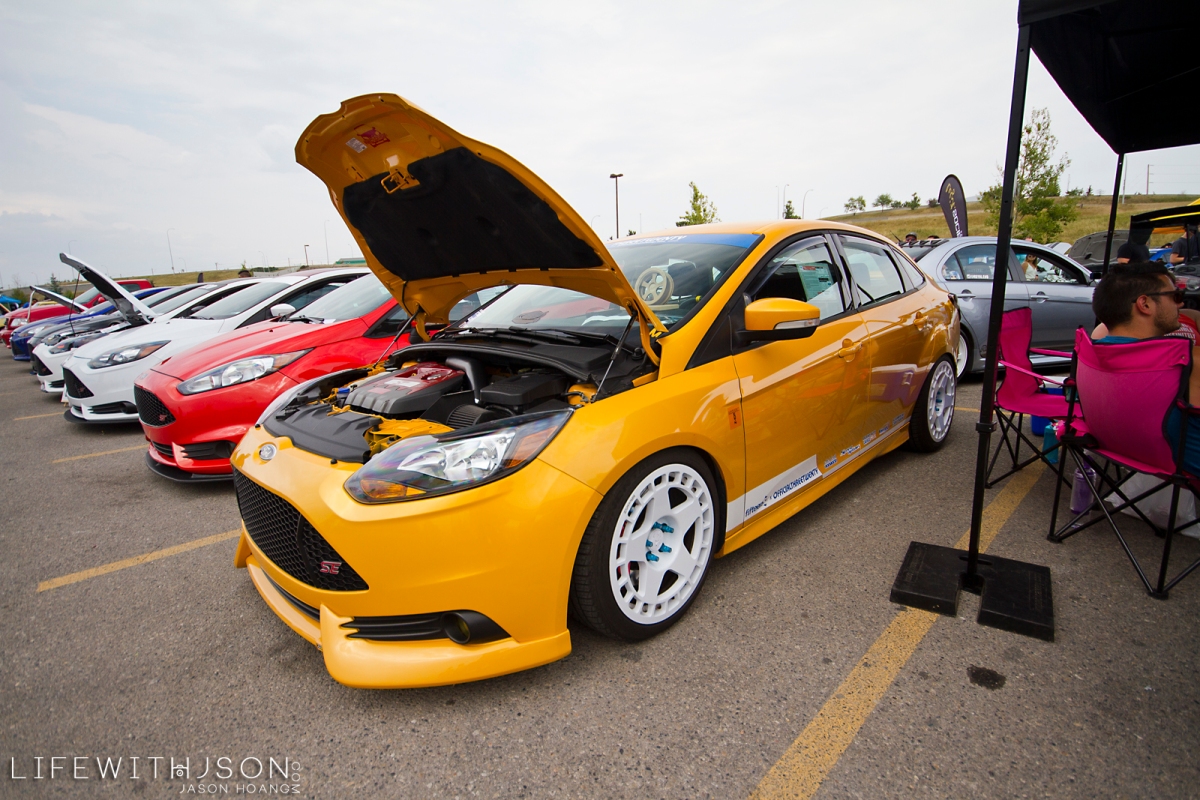 Bill’s ST-swapped SE Focus. Lots of stuff going on with Bill’s car lately – it’s like it never stops. Certainly not where I imagined it would go – Bill has gone to great lengths with this one for sure. Great job.

Marios’ Fiesta ST. The little brother to the Focus. 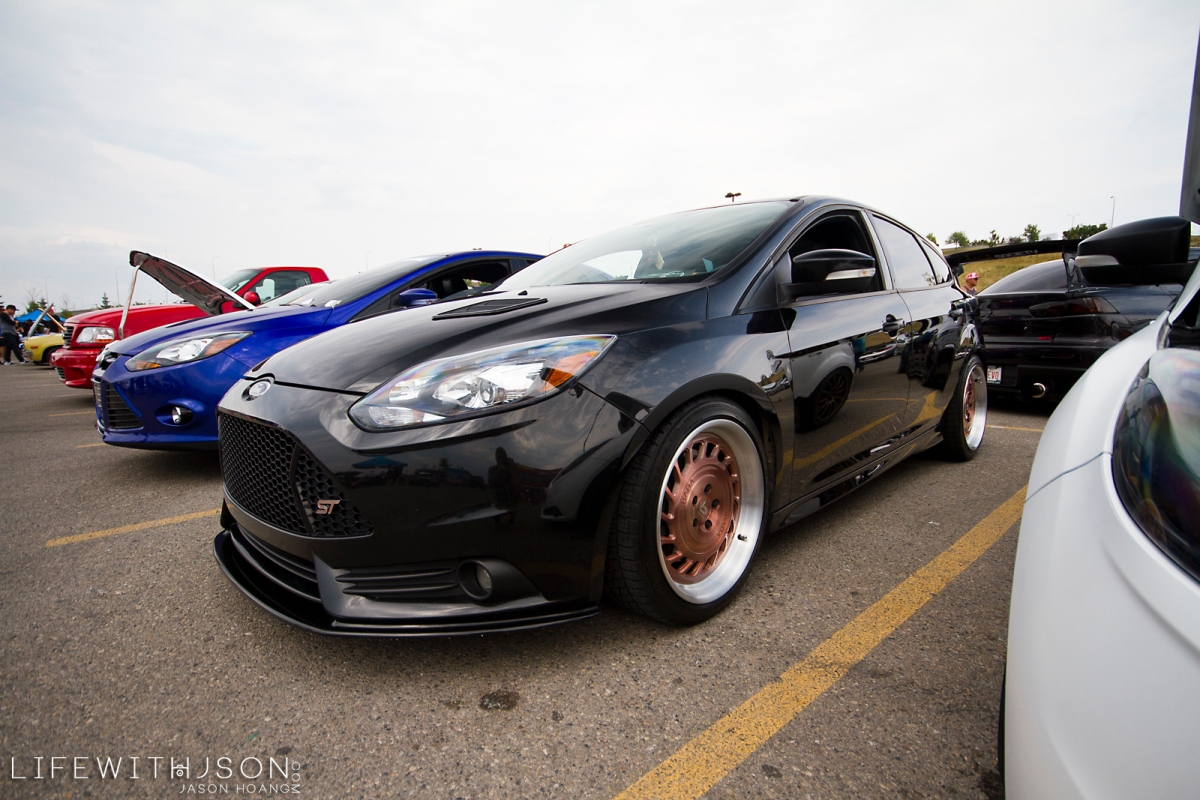 I dig the copper wheels on this Focus ST. In some lights, it almost passed as a dark rose gold too. 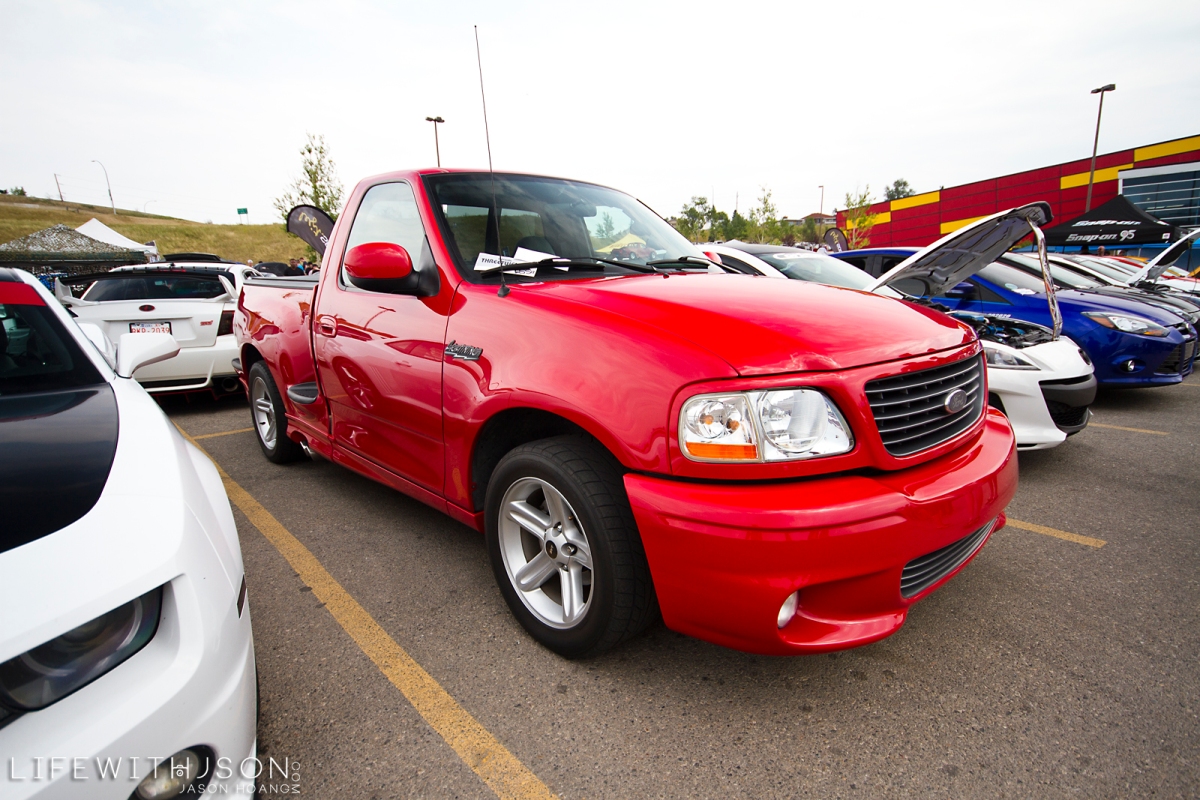 Classic car crew line up. These were pristine. 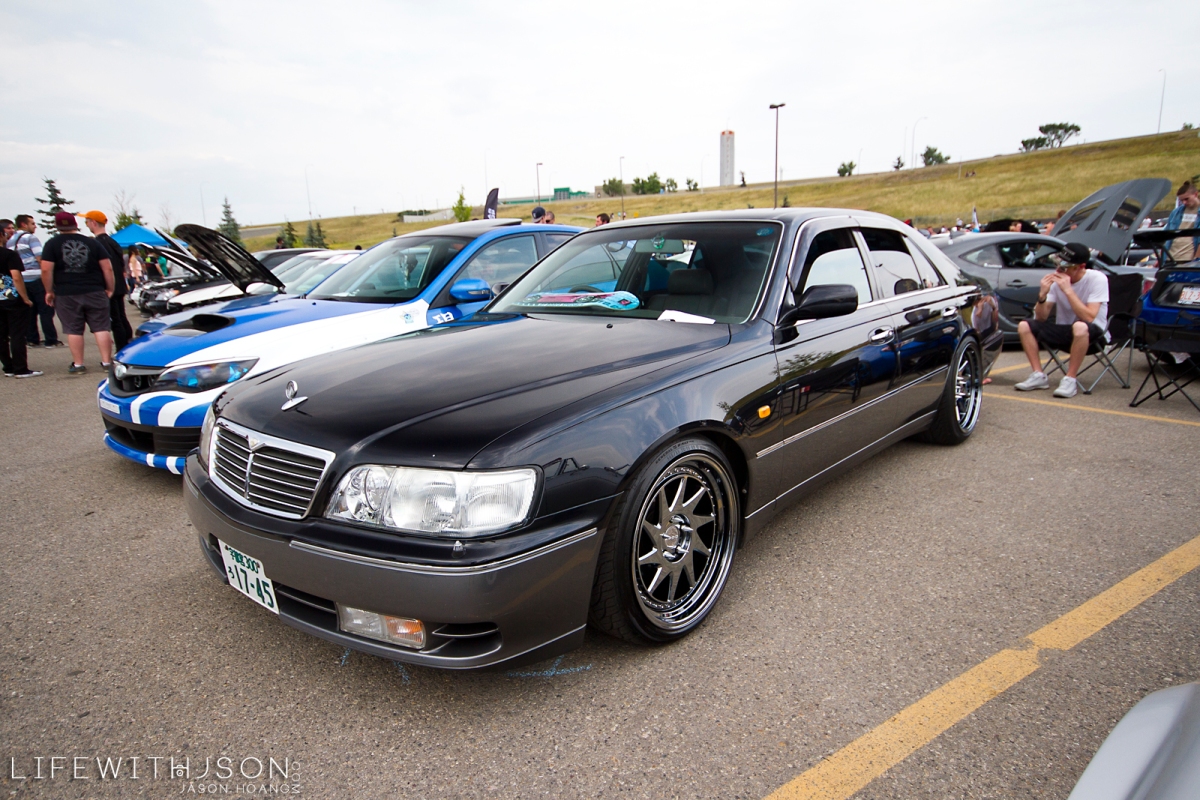 This was an excellent S4 build. Simple, clean and straight to the point. I think he’s a local around my hood – I seen’t him before. 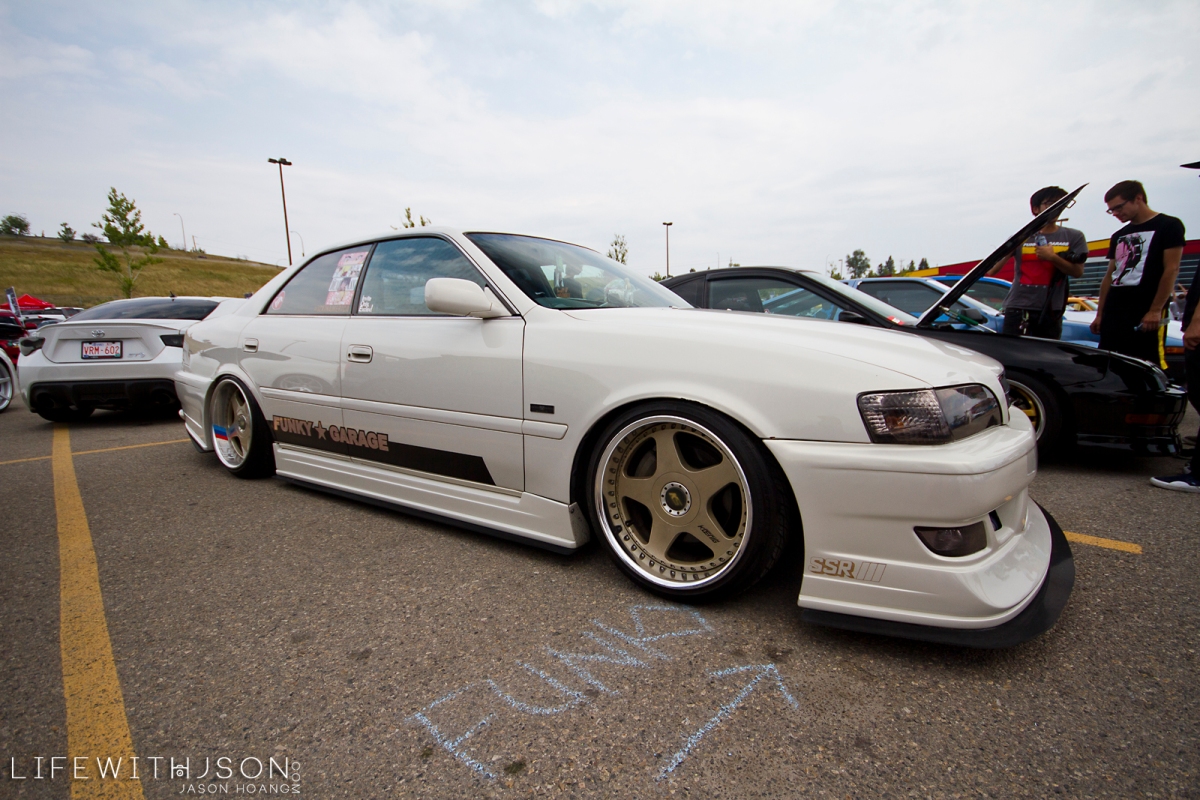 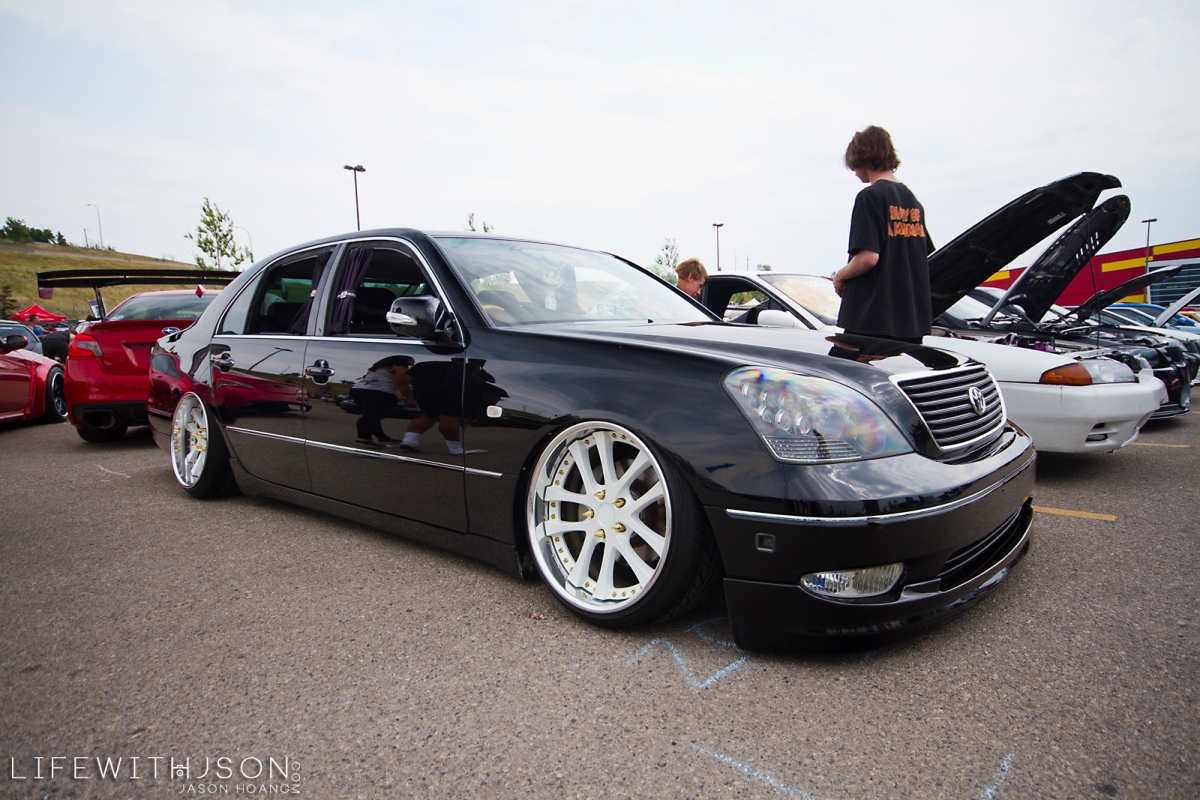 Oh mannnnn… I love this car every time I see it! The last time I saw this, I believe it was still on coilovers. Now he’s bagged and it’s perfect! Those headlights are too awesome. I need an LS430 in my life… 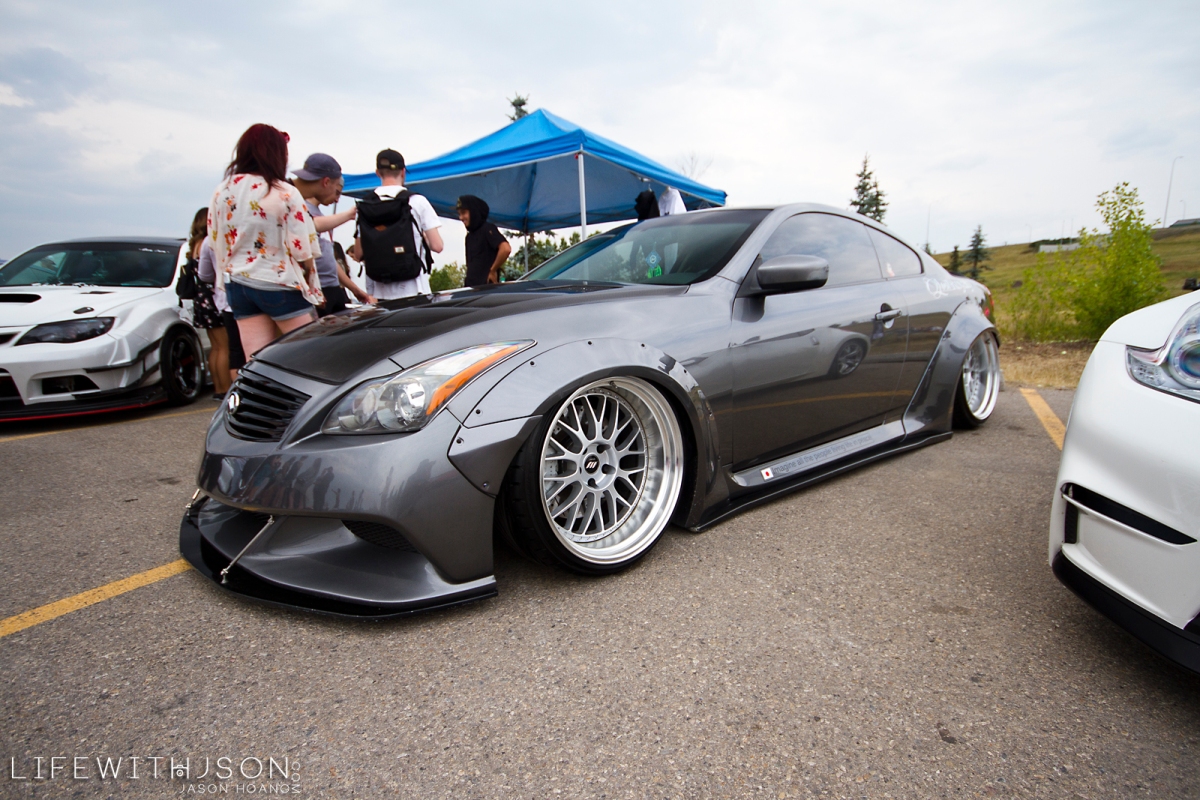 Ending this post with the Liberty Walk G37. God damn I never thought a G37 could look so good.

We’ll be back tomorrow!