With the lack of content around here, I’ve been grasping at threads trying to think of what to post. I was asked to write up my impressions of the FRS and I think that’s the best idea for a post I’ve heard all year. I’ve never really given my impressions on my cars fully and thoroughly. It’s usually a line or two hidden somewhere in my posts about something completely different. The thing about reviews on cars (or products in general) is that it’s always subjective and you can really only take them with a grain of salt – yet, people still need and want to know what others think. The psychological phenomenon in all of this is that if you read enough good reviews, it is highly likely that you are more geared towards feeling accepting of the product whether you were neutral or negative about it. And if you read enough bad reviews, it is highly likely that you are going to dislike the product whether you were neutral or positive about it, and probably before you even get to try it. With that said, I’ll try to be neutral about the review but you can’t blame me if I’m 51% more positive about it because I actually do love the FRS.

I think this post is best started off with some background information about me and my history of cars. My very first car was actually a 1990 Toyota Corolla. A hand-me-down from my uncle, to my aunt, to me, and later to my other uncle. It was my first taste of automotive engineering – or lack thereof. The car had 102 hp and no matter how much you loved the pedal to the medal, it would chug at it’s own pace. Uphill battles were literally a battle to maintain speed and momentum to get to to the top.

The Corolla served me well – it got me to school and back home again, but it was time to move on. Not long after, my parents got me a brand new 2006 Honda Civic. The new generation of Civics to bring the digital speedometer cluster that is reminiscent in the S2000. It was – at the time – a big step forward compared to the competition. The Civic served as a base to my outwardly extravagant tastes at the time and it went through lots of phases – some that I do not dare think about anymore. This got me through my University years and still continues to run in the family through my sister today. It’s been through hell and back and continues to run like a champ. 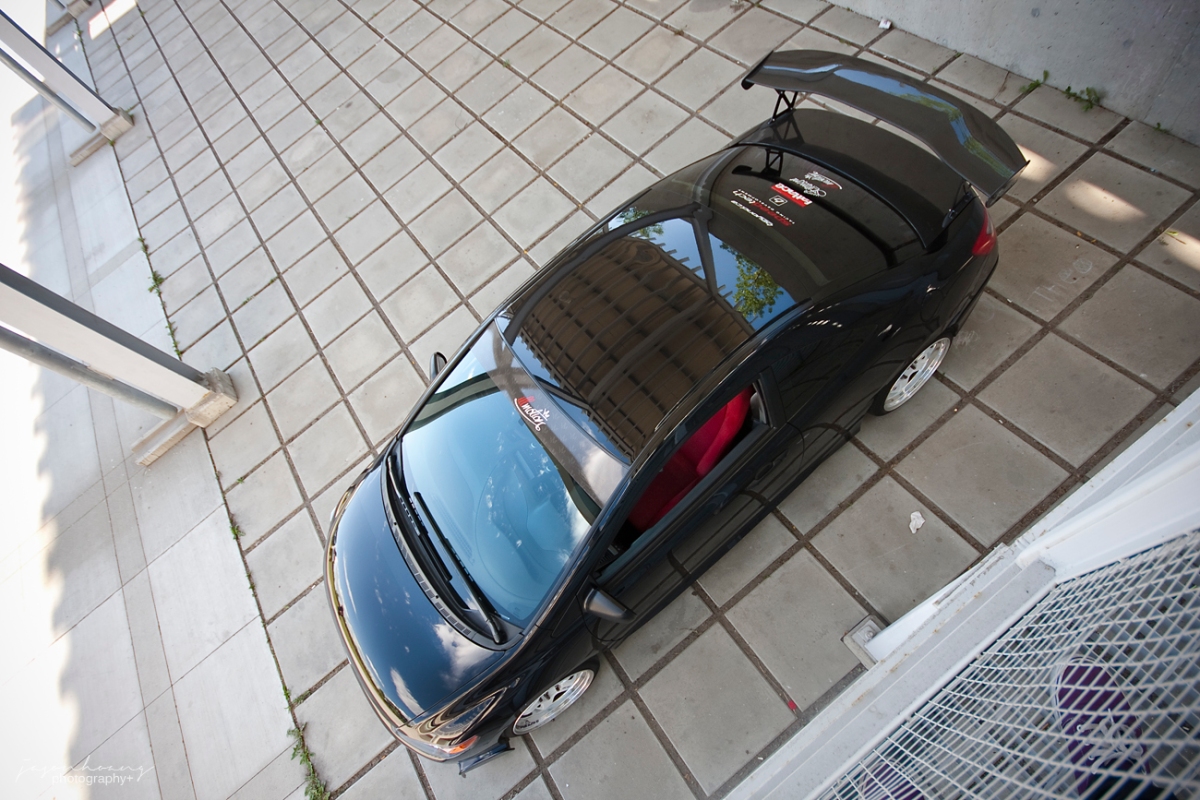 After University, my first purchase was the 2011 Subaru STI Sedan. The first year that the Sedan was released and man, did power feel good. As most of you know, the STI project didn’t last long – I put it together quick, got bored of it quick, and it left as quickly as it came. Don’t get me wrong, the STI was a great car but it was boring. There was nothing more exciting than boost – literally. The car provided no excitement to me – no visual excitement, no driving excitement, no nothing but speed. Maybe only car guys will understand (or maybe they won’t), but when you get into your car, you want to be excited each time. You want the visual cues in the car to provide some sort of intrinsic feeling to want to stay in the car and drive it forever. The STI in the simplest sense is basic – the interior has had minor upgrades since even the 2006 models, the engine has essentially remained the same, and the only thing continuing to live on (in my opinion) is the fact that it’s an STI. At the end of the day, I didn’t care to drive it anymore, I didn’t care to mod it anymore, it was just that type of relationship where it’s not you, it’s me.

Immediately after, I fell into the VIP phase/scene where I acquired a Lexus LS460L. Mind you, since I was in University, I admired this car. This was the ultimate in luxury for me and knowing that the car, brand new, cost over $100k? Why the hell not. Well, I’ll tell you why – because it was the most boring car I have ever driven. A different type of boring than the STI. The STI failed to provide any visual stimulation to make me love the car. The LS460L provided a ton of gadgets and features I would never use – a fridge in the backseat, reclining rear seats, stock air suspension, radar cruise control – it was a mini relaxation lounge created to cater to all your needs… If you were being chauffeured – which I was not. The LS was big, it was the long wheelbase model, it was heavy, it was essentially a giant land boat. You had to take wide turns, you couldn’t take corners fast, the V8 guzzled gas like it was free. Don’t get me wrong, it wasn’t anything I didn’t want – but it wasn’t something I was ready for at the time. I was looking for excitement, and this was not the route I should have gone. Did it look bad ass? Hell yes it did. Did it confuse old people? Hell yes it did. Did I look like a drug dealer in our new community? Hell yes I did.

Now let’s get started on what you came here for – the FRS. When the FRS was first announced and Greddy had teamed up with Tra Kyoto to create the Rocket Bunny FRS, I was floored. This was it. I loved the way it looked, I loved everything about it. I had the STI at the time and at the same time, Punit and JC were also shopping around for potential candidates for new cars and the FRS was an option for the both of them. I tagged along with them for test drives (only ever sitting in the backseat) and I was disappointed each time to say the least. Maybe it was a combination of not being able to drive it myself and not being driven in it spiritedly, but I was thoroughly unimpressed. After those ride-alongs, I had erased the thought of owning the FRS in my head. I almost got to the point where I disliked the car altogether. But… (a big but) every time I saw one on the road, it was like I had found my soulmate. Whenever someone posted a Rocket Bunny FRS, there was something inside of me saying “that’s the one”. However, I couldn’t help but bring myself back to the test drives and I immediately told myself – this isn’t the one.

Remember how I said that when you read enough reviews (good or bad), you’re more likely to sway in that direction? That was me. You read how the FRS is too underpowered, or how Toyota could have done a bit more, or why this isn’t the car “we” were hoping for. It’s difficult to make a decision based on “expert reviews” because you think they’re like you – but they aren’t. Do you ever have those moments where you feel there was a glitch in the matrix and somehow everything works itself out? I think the universe put me into the LS460L only to dislike it enough to go and trade it in. Even at the time of trade in, I was hesitant to pull the trigger – I didn’t want to make the same mistake of being too excited about a new car and not making sure I loved it enough. But it’s me – the guy that gets too excited about a new car and loves it anyway – I pulled the trigger. 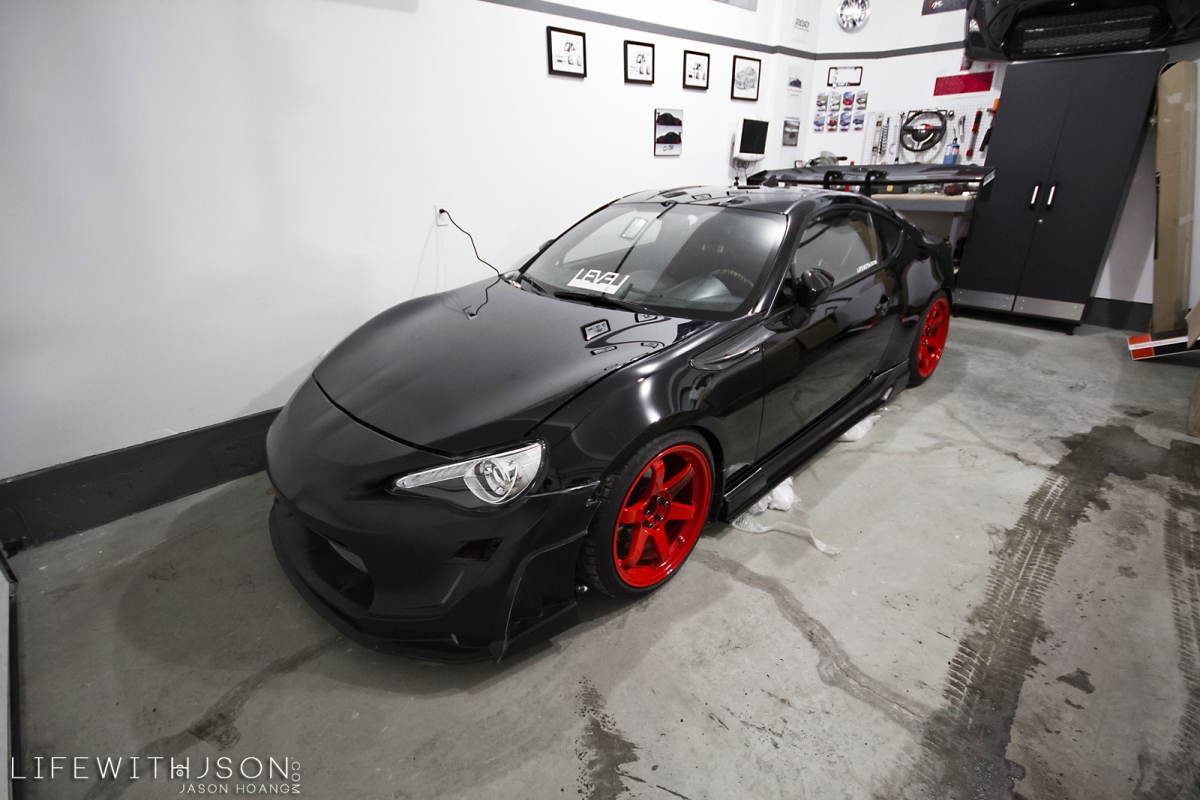 You know how you see some long-time builds and they eventually become so iconic that even you would be upset if they ever went away even though you don’t own it? That’s what I longed for… Not to be iconic, but to have a car that I loved enough to continue pouring my passion into. That’s what those long-time builds have – love and passion. This isn’t meant to be a love story with cars, but if you don’t love it, you’re not going to have passion to continue (think Civic, STI, LS460L).

The FRS in and of itself is a fun car that gives me a smile every time I drive it. Stock, it’s peppy, it’s small and light, and it’s quick enough to be fun and agile enough in corners. I think if I was OK with a car being stock, this would be the car. Out of the box, it’s ready to go and it provides a nimble and mini go-kart-like experience. Unlike the STI’s bland and dated interior, the FRS is slightly more exciting. The obvious Subaru details are present in the FRS (reverse lockout, plastic-looking interior, etc) but the layout is significantly better. You’re seated in a low position, the car itself has a very low center of gravity – rivaling the GTR, 911 GT3, and even the LFA. Not something you care about when driving, but a good-to-know. The overall interior feel is like everything is centered around you and encompassing. It’s enough of what you need and that’s it. I would’ve liked the release version, monogram, or any of the other special edition models purely for the push to start and digital gauges… but not a huge deal.

I’ve always compared the feeling of driving the FRS to an S2000. I know – some of you may be shaking your heads – but I think of the FRS as a child-version of an S2000, less the VTEC and rev-happiness and a few horsepower ;). The FRS is essentially a mini go-kart. It’s light, it’s got enough power to have fun (although, many will argue another 50 hp would be beneficial) and it can be one of two things: easy to drive, or difficult to master. I’m able to push the car enough and still feel like it’s exhilarating enough to come back for more. Don’t get me wrong, I’m not opposed to more power either but it’s not begging for it and I’m not in a rush to go and get it either. If I were a simple-type of guy, this car would really only need upgraded suspension and a good set of wheels and tires and that would be a wrap.

Lots has happened in the last year for me and so as the build slows down (wayyyy down), it gives me a chance to really sleep on the parts I want and make sure it’s the “right” part. I really don’t want to go down the route of cheaper parts cause they’re more accessible/cheaper – I want good quality parts for a long-term build. I think it should be that way regardless of whether it’s long-term or not, but far too often, builds are made for Instafame unfortunately. But alas, I think I’ve found my long-term car… And I may have jinxed it by saying that. Does being a Dad truly make you grow up from all the rice over the past few years? I guess time will tell… When my back starts hurting again, maybe I’ll get another Lexus. 🙂