After months of searching for the seat and countless hours of scouring Yahoo Japan auctions, classifieds, distributors, and everything else in-between, I was finally able to score the seat I’ve been looking for.

I’ve been following Genius Street Race Shop on Instagram for a while and they were selling some awesome products but to be honest, I just wasn’t sure if it was legit. Especially when they’re selling exclusively on Instagram. There’s no review sites, there’s no way of telling if they’re real but they did post when a customer received their products. Finally, I decided to message him to just ask if he had a black RS-GS in stock. With the way things were going, I was fully expecting him to tell me “nope, sorry”. But within minutes, he replied back and said he had it in, sent me a bunch of pics whenever I asked for them and even offered alternatives if I wanted them. The one thing that’s hard to tell in pictures is the condition. He assured me that it was 9.5/10 but how often is a seat like this in 9.5/10 condition?

I ended up biting the bullet after asking Alex about his experiences with them and about 3 weeks later, here it is. I’ll tell you all right now that the seat is literally 9.8/10. The 0.2 is just so minimal that this seat could probably pass as new. The fact that they’re selling at such an incredible price with free shipping (no duties, brokerage, taxes either), it’s hard to say no.

Anyway, as soon as I placed the order, I also spoke with Jimmy over at VEX for a Bride rail to get the seat in as soon as it landed. Within a day, Jimmy had the rail in and it was ready and waiting.

Sorry for the shitty pics. I was too excited to get this seat in as soon as I got home from work. I don’t think I’ve ever checked a tracking number that many times in a day before. 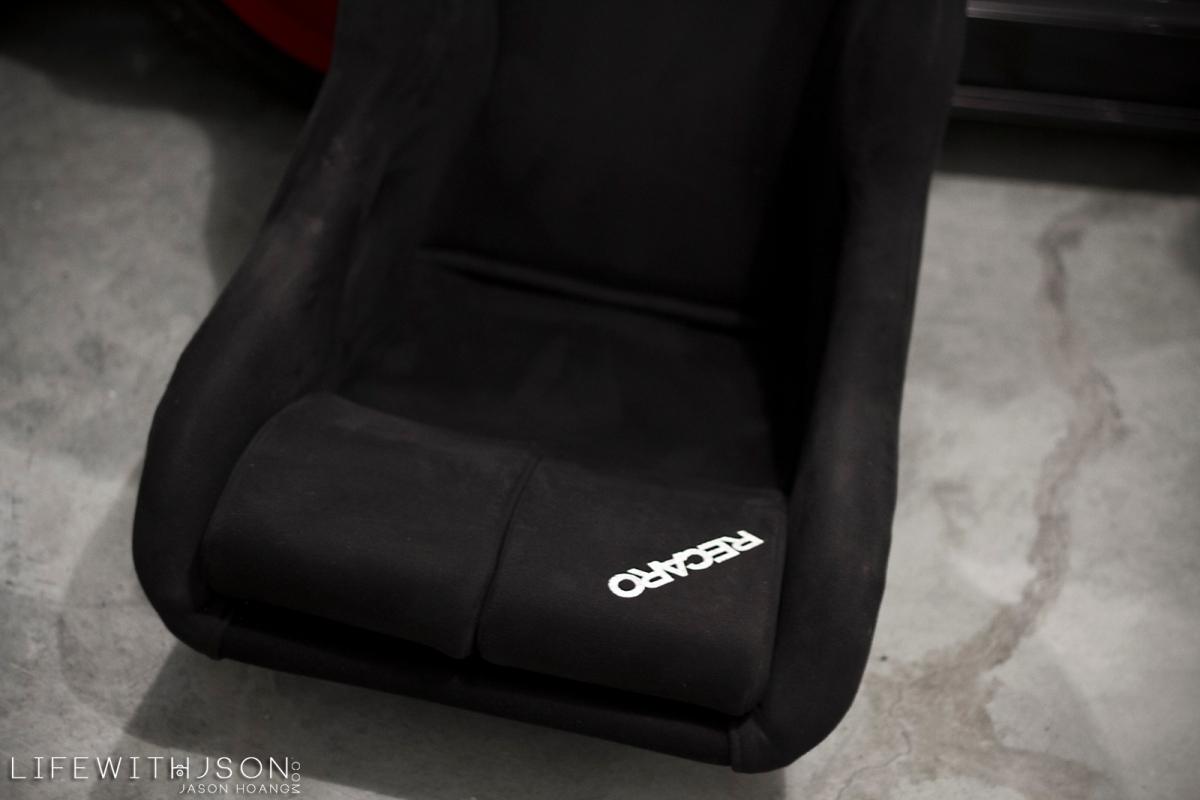 Some of you will think that it looks worn by looking at the pics. It truly isn’t. It’s the way that the Kamui fabric looks when you rub it a certain way. You know how when you rub suede one way it looks darker and when you swipe it the other way, it gets light again? Same thing.

After a small hiccup with the dumb bolt that holds the stock rail in place and the help of Jackie at Balance Auto Garage, I was able to get the bolt out and get the new seat in. The Kamui fabric is pretty much a hardier version of Alcantara. It feels nice and not like cheap cloth like I had in my Bride Zeta in my STI. The foam is nice and firm and is comfy enough to sit in for extended periods of time.

This will keep me happy for a little while longer with the interior. I would still like to eventually get a cage in and some harness and maybe a different seat for the passenger side. But for now, this is perfect. The RS-GS sits perfectly in the car and super low thanks to the Bride rail. Honestly, of all the seats I’ve sat in, this one probably feels the best. It’s solid and there’s a great amount of lumbar support as well as good cushioning under the leg and around your shoulders/lats.

I mean, I think a big part of why it fits me so well is because I’m not a huge guy and the seat was made specifically for the Japanese market according to Recaro – in other words – for small Asian people. LOL 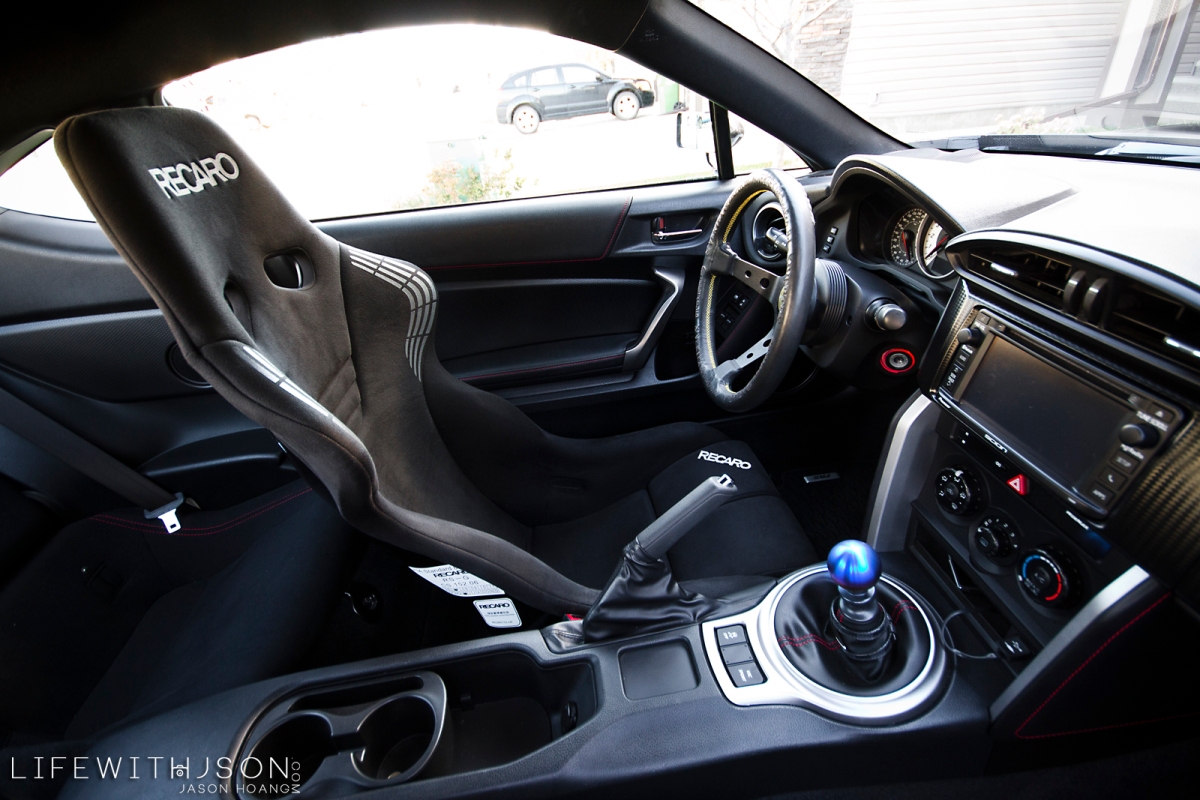 Anyway… Another awesome addition to make me want to get up in the morning and get to work for another few weeks… It’s almost parking time! I need to get out one more time and cruise or do photos!