The final part to my Sunday School coverage – it’s been a long 5 days of editing but we’re finally here. This last post is more just extras – I took my 50mm out and took some shots at a different perspective. As nice as wide photos are to get the whole car, sometimes it can get a tad old. I spent the last hour or so just walking around and taking what I could until I just couldn’t stand the heat anymore.

There may also be a few photos of cars in this last batch that I was able to capture that I didn’t last time if I remembered… Once again, thank you to the guys at illmotion for putting on another great show, congratulations to all the winners, and thank you to the weather for holding out on us for another awesome year. Enjoy the last batch!

The tent was bumpin’ for most of the day… 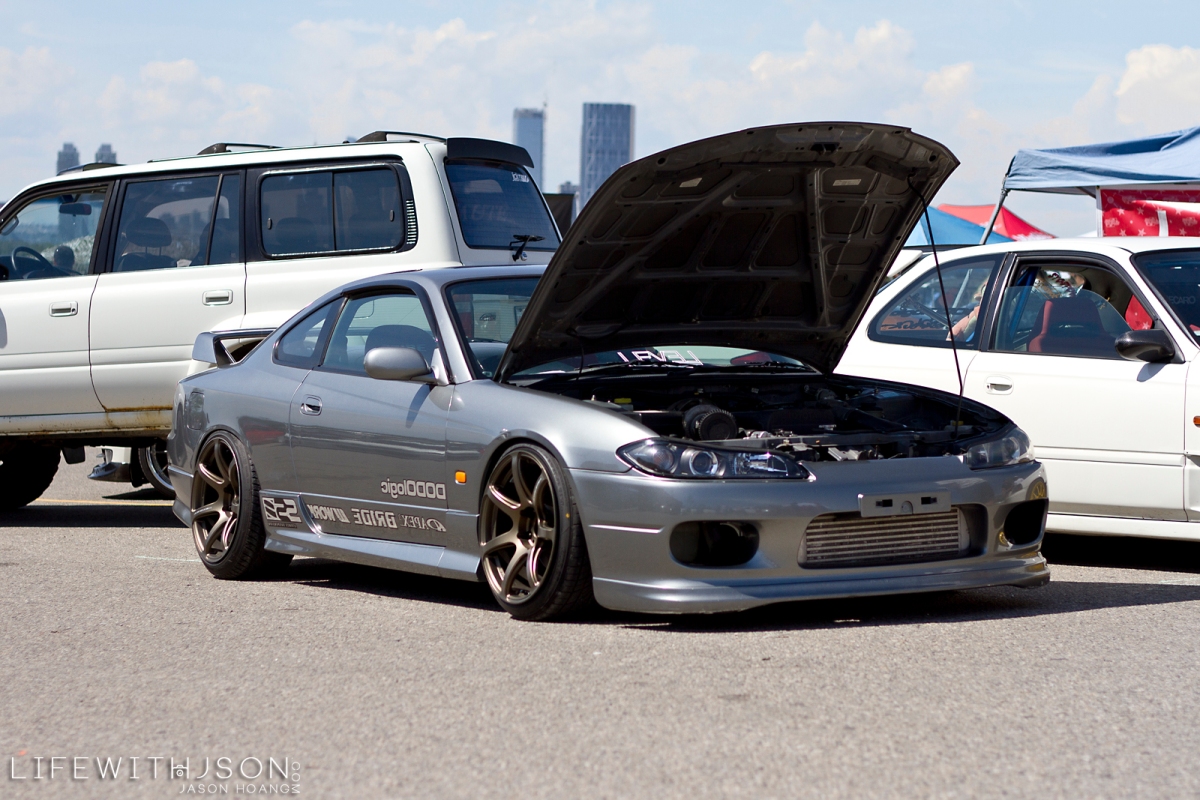 Front shot of the aggressive set up. This car has come a long way…

Arif’s new ProjectMu BBK set up he revealed at the show.

A shot of the EM1 engine bay 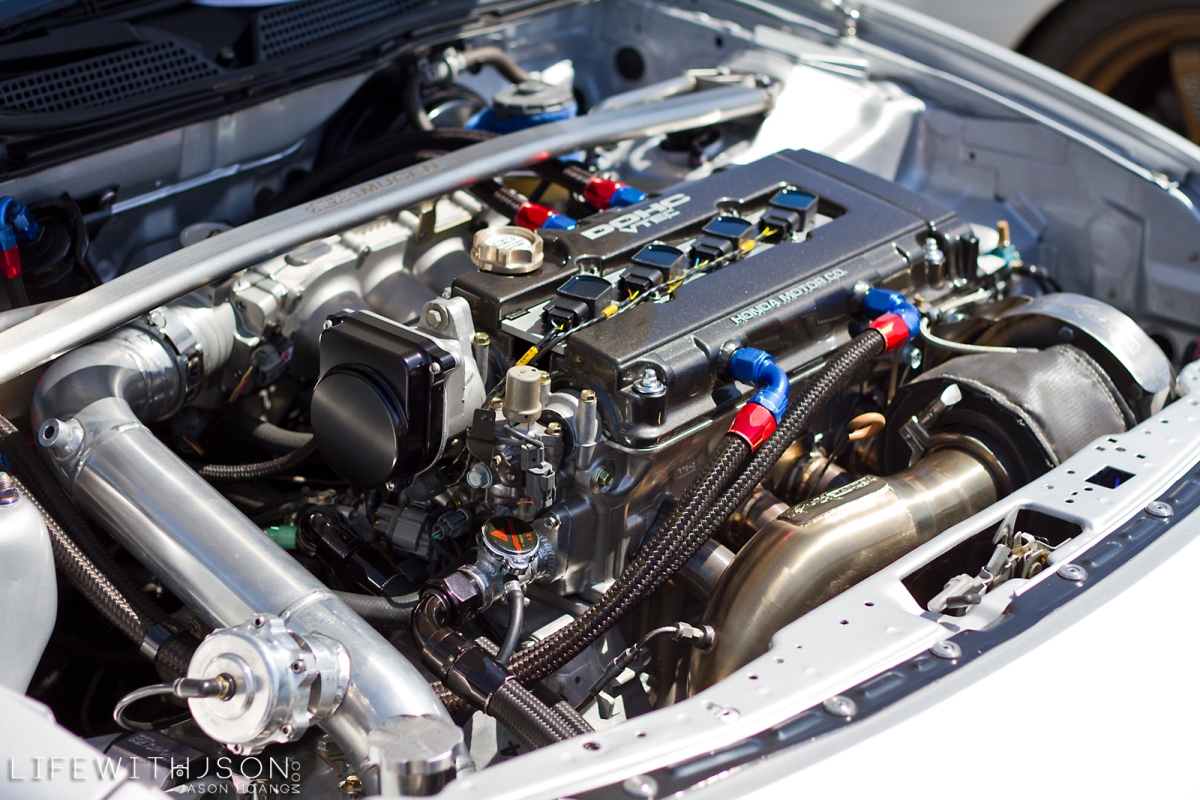 And beside that, is Alex’s Integra – an engine bay that’s no stranger to those that have been around for the last few years. 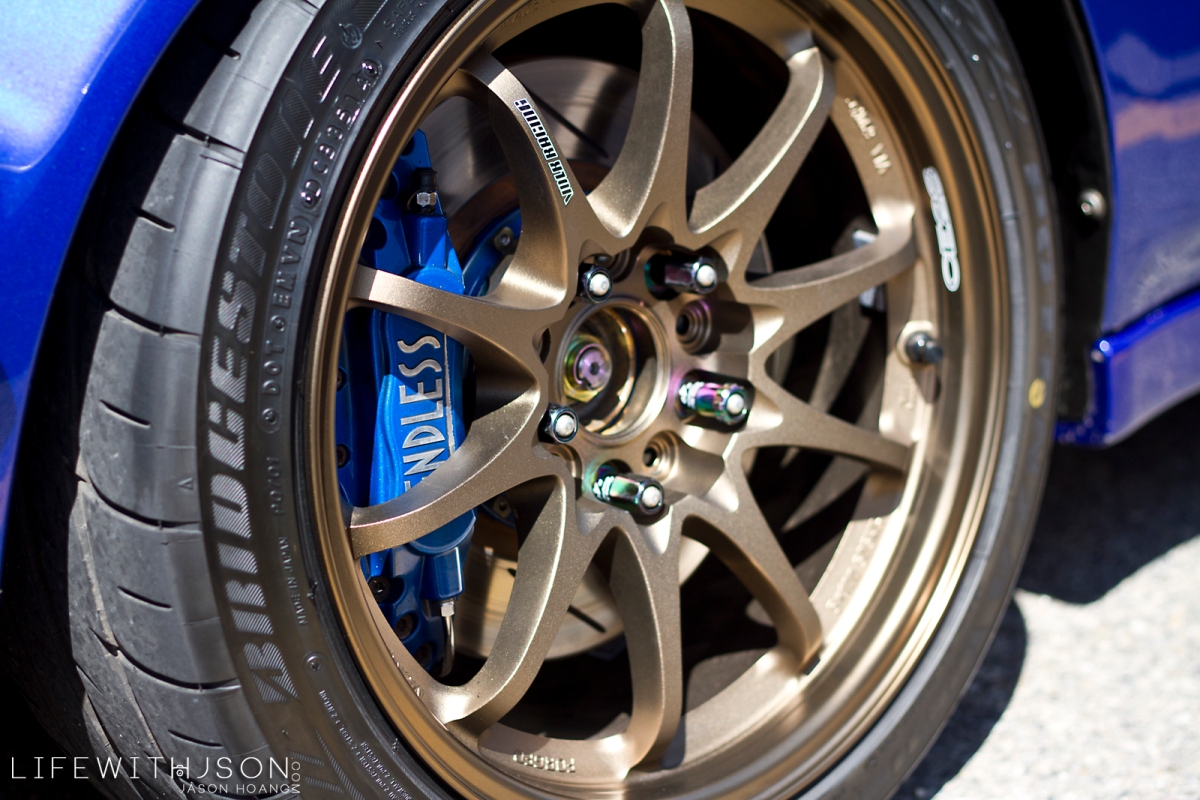 And some new ProjectMu stoppers for his Integra. 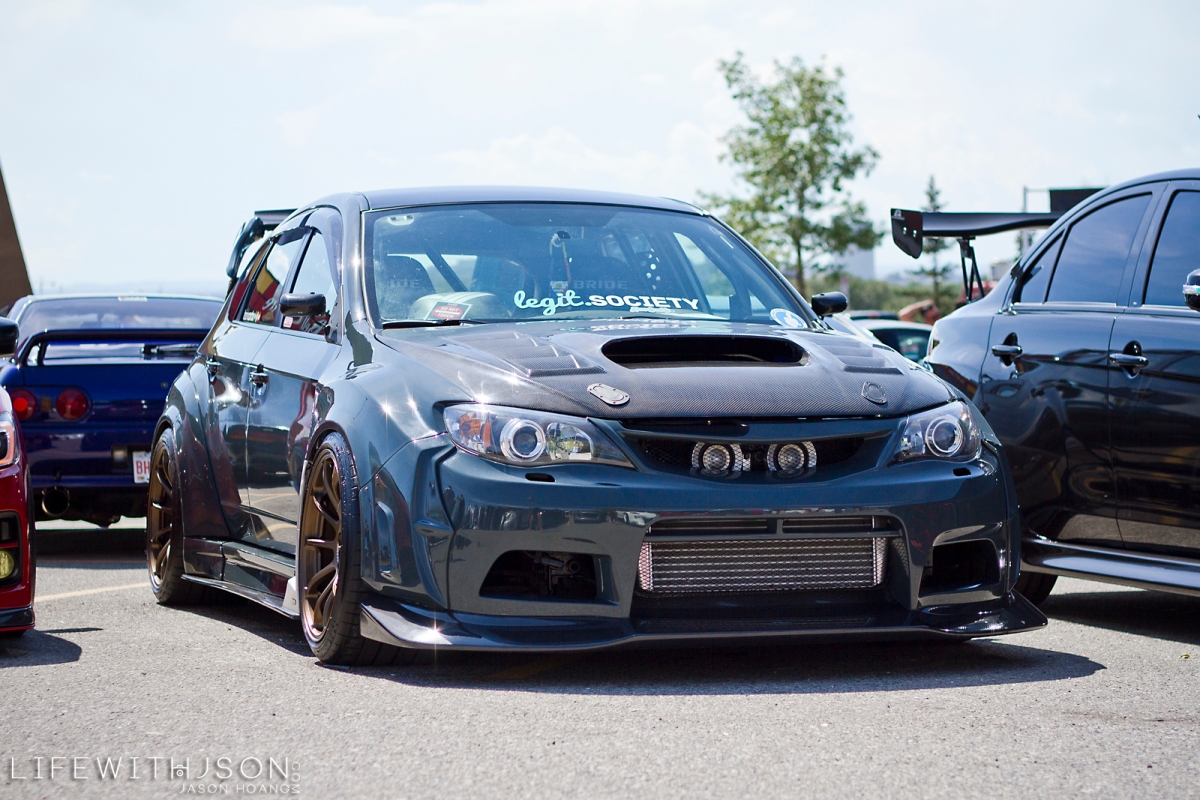 My god, this car still amazes me at how much it has changed since the last time I took a photo of it. I was tagged in an Instagram post yesterday and I didn’t even clue in. It used to be white with carbon fenders and TE37SL’s – fairly basic. Now it is just beastly.

A shot of the aggressive bronze ZE40’s in face 4. Drooooool

Attention to detail with Varis parts as expected. Everything on this car is just perfect. I may be biased though… 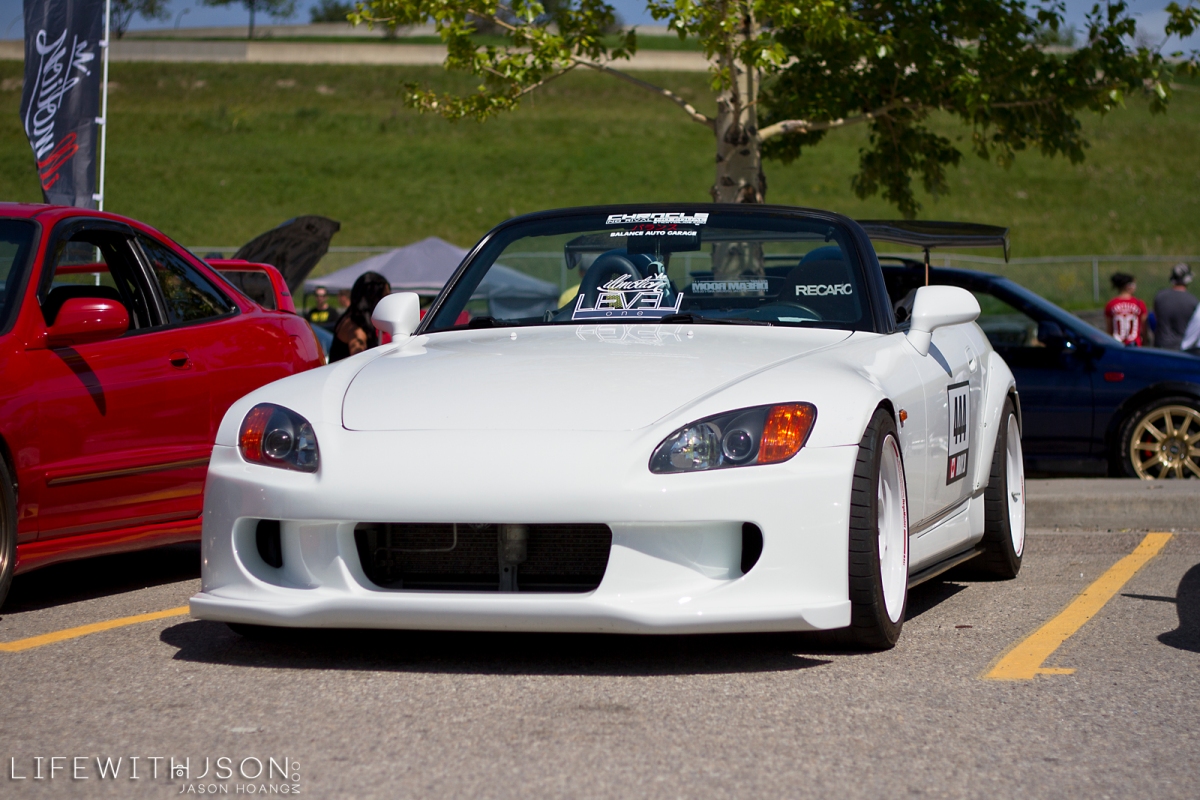 Aldo’s S2000 with an ASM bumper that debuted at Driven this year.

Good shot of the lineup for Balance Auto Garage. 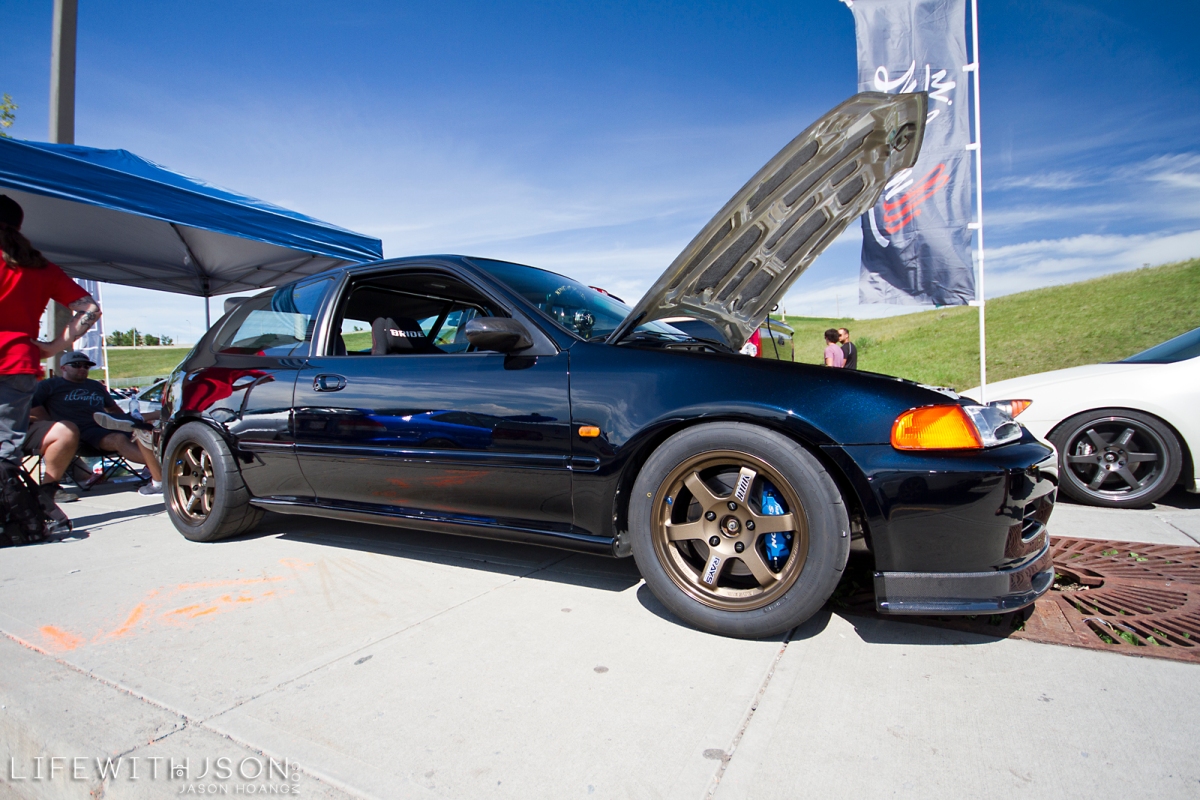 I think the best of show had to be Josh’s EG6. If there’s one thing that’s rare to see around here – it’s a build that is literally from the ground up. I – as well as most of you I’m sure – have had the pleasure of seeing this come together through social media. It’s gone through being just an empty shell, to slowly getting paint, and we watched it go from rolling metal to what you see here.

The whole car is painted in Nighthawk Black – a very nice OEM Honda colour that has some blue flake in it. It’s 3M’d all the way around, and everything stays true to every Honda fanboys visioins. A nice set of bronze TE37’s, Spoon brakes, Spoon carbon mirrors… The list just goes on.

On the inside, a set of Bride Gias, cage, Limited Suede Vertex wheel. Just perfection. 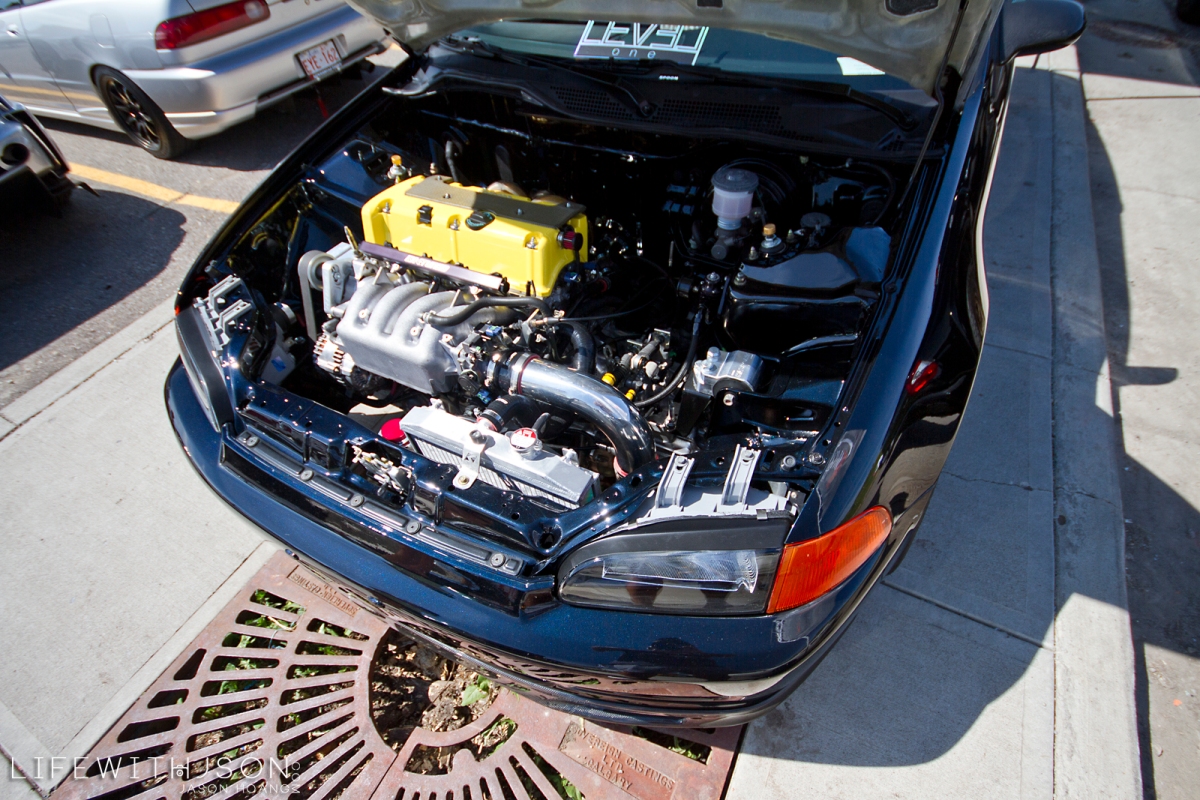 Also under the hood – a very clean K-swap.

The Nighthawk Black was absolutely stunning under that direct sun. If anything looked good under that sun that day, it was this. 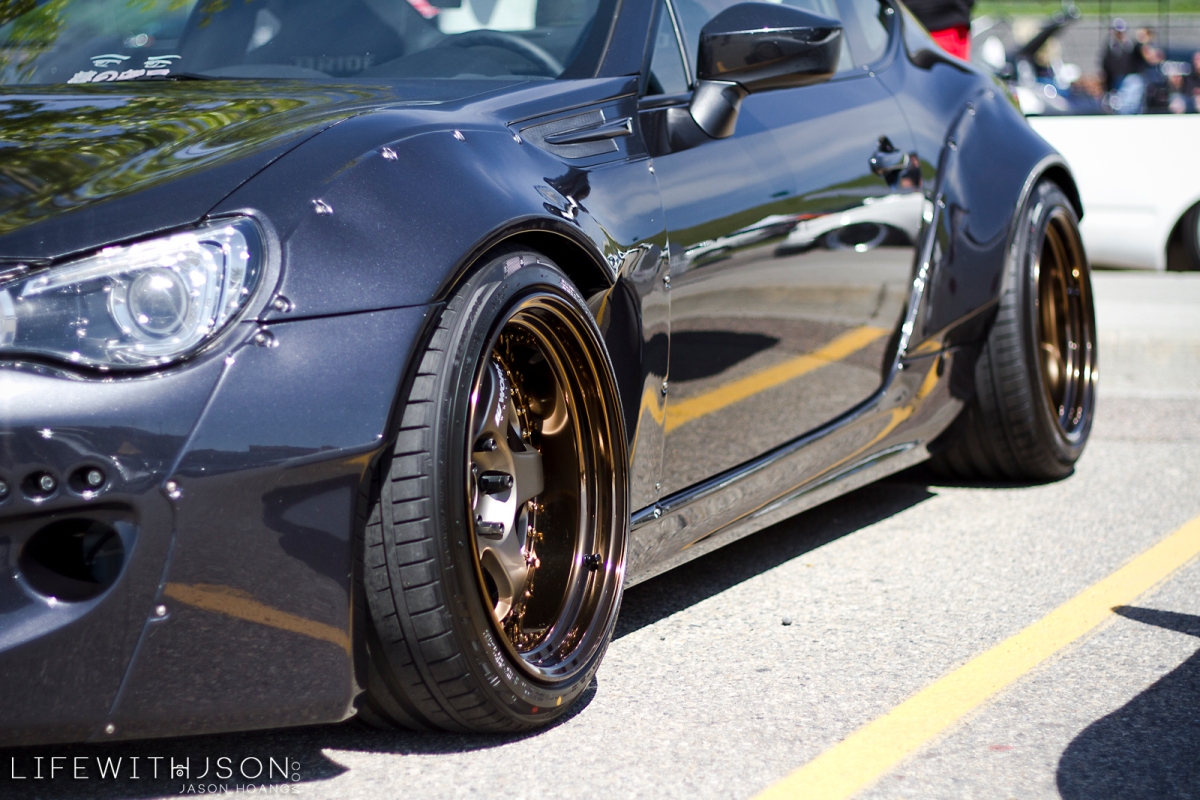 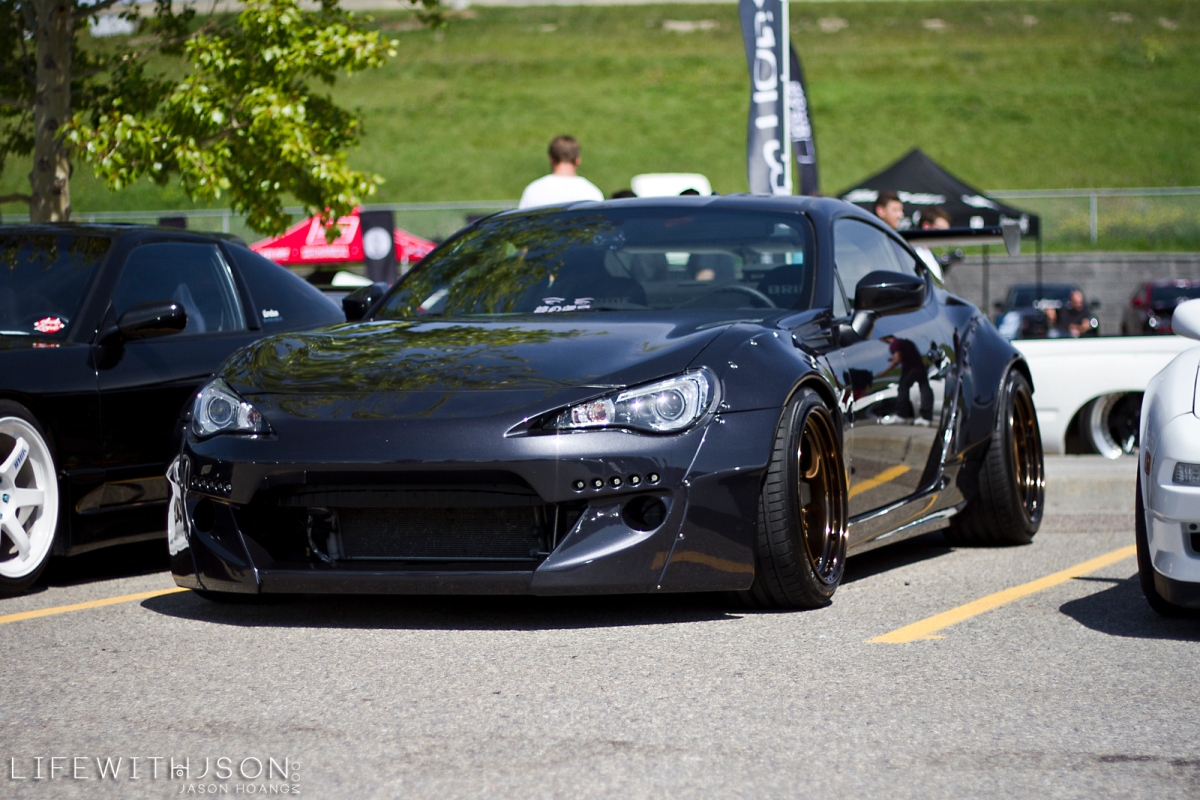 From afar. As abundant as RB’s are, it’s rare to see one well put together. It’s either trashed, fake, or half-assed. Thank you Levi for doing this right.

I’m glad I got this shot. I’m pretty sure he was wondering how the hell this all worked. He was pretty intrigued lol. 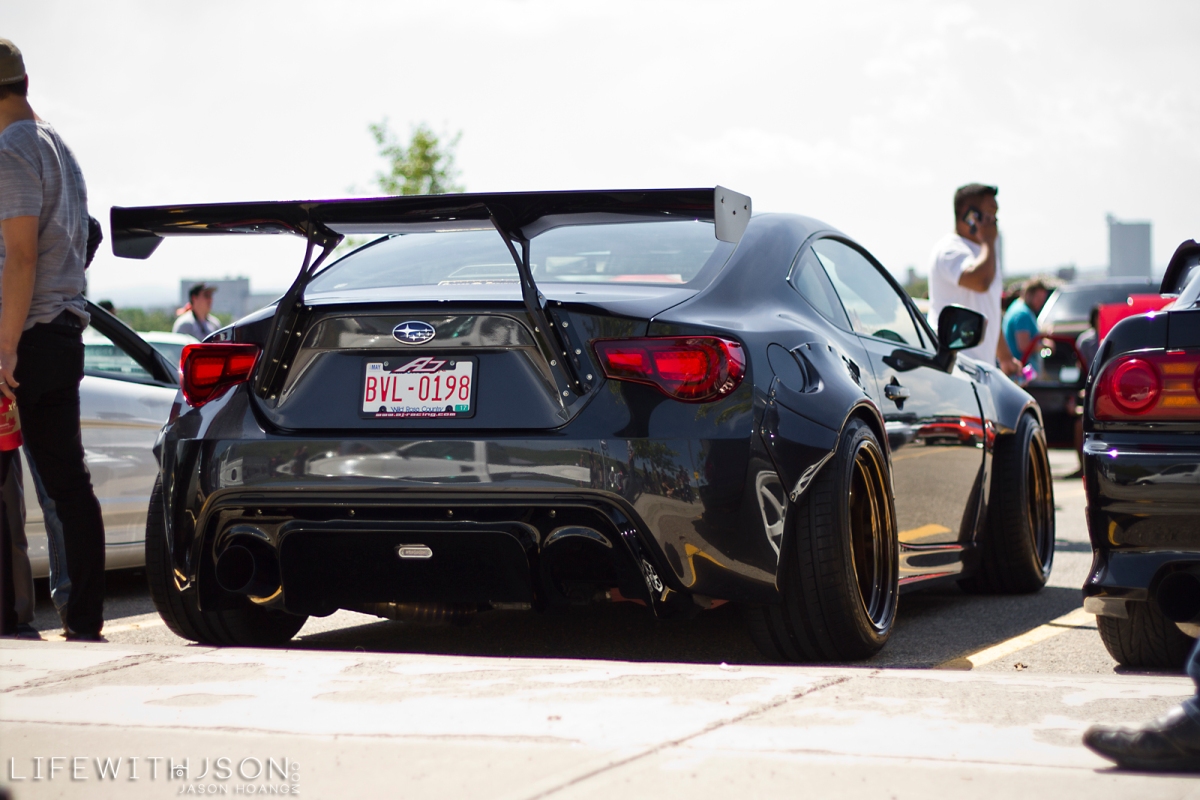 Another shot of David’s IS tucking hard in the rear.

And a better shot of his Voltex wing. Looks great 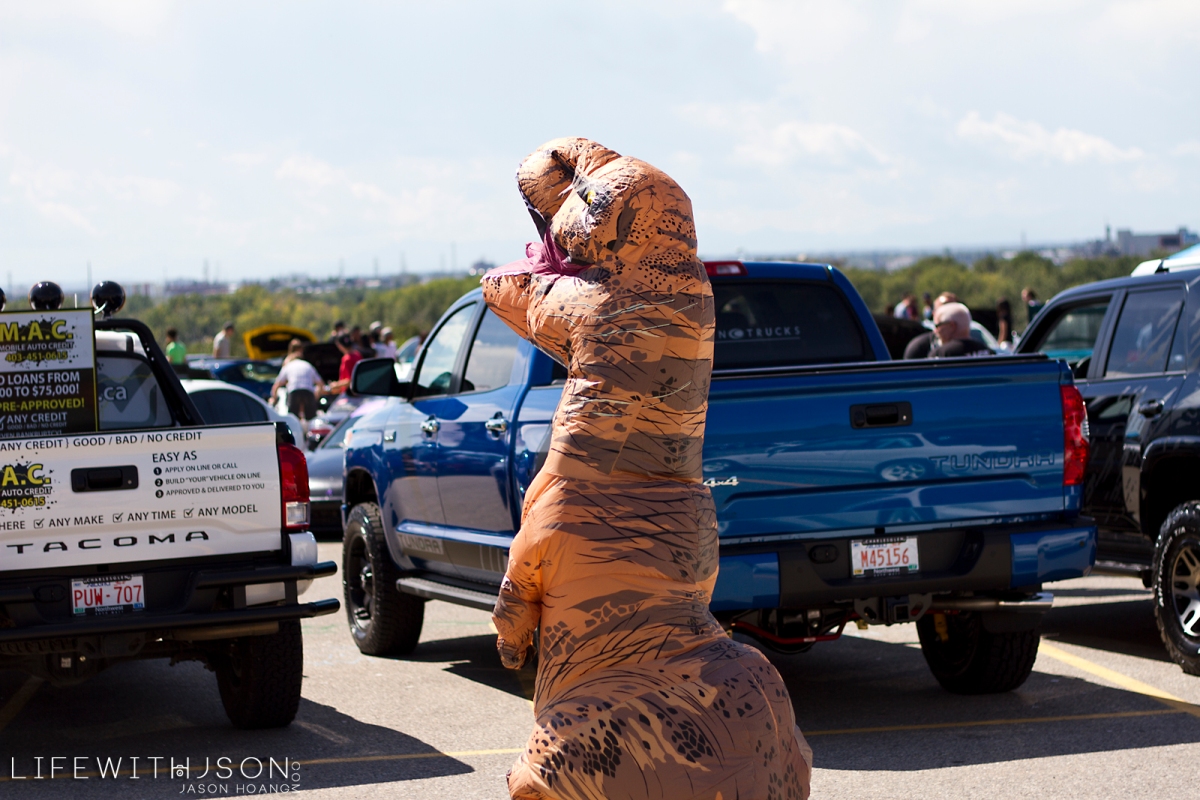 This dude – I think it was John, who owns the 4-door GTR with Funky garage – was running around for a bit lol. Never  thought I’d get to see this costume in person haha

Damn I loved this so much!! 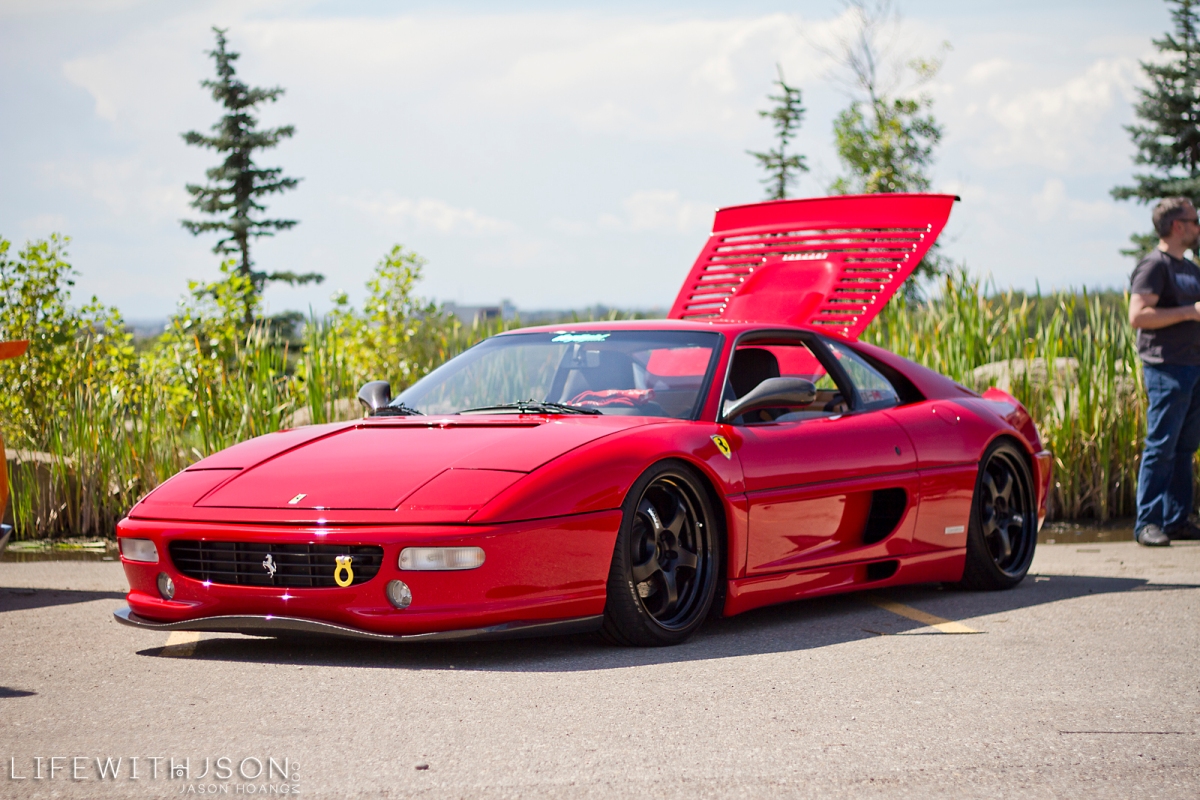 Another shot of Ryan’s Ferrari on Work Meisters. The combo of Italian and Japanese – no complaints here.

Caught this photoshoot going on during my walk lol 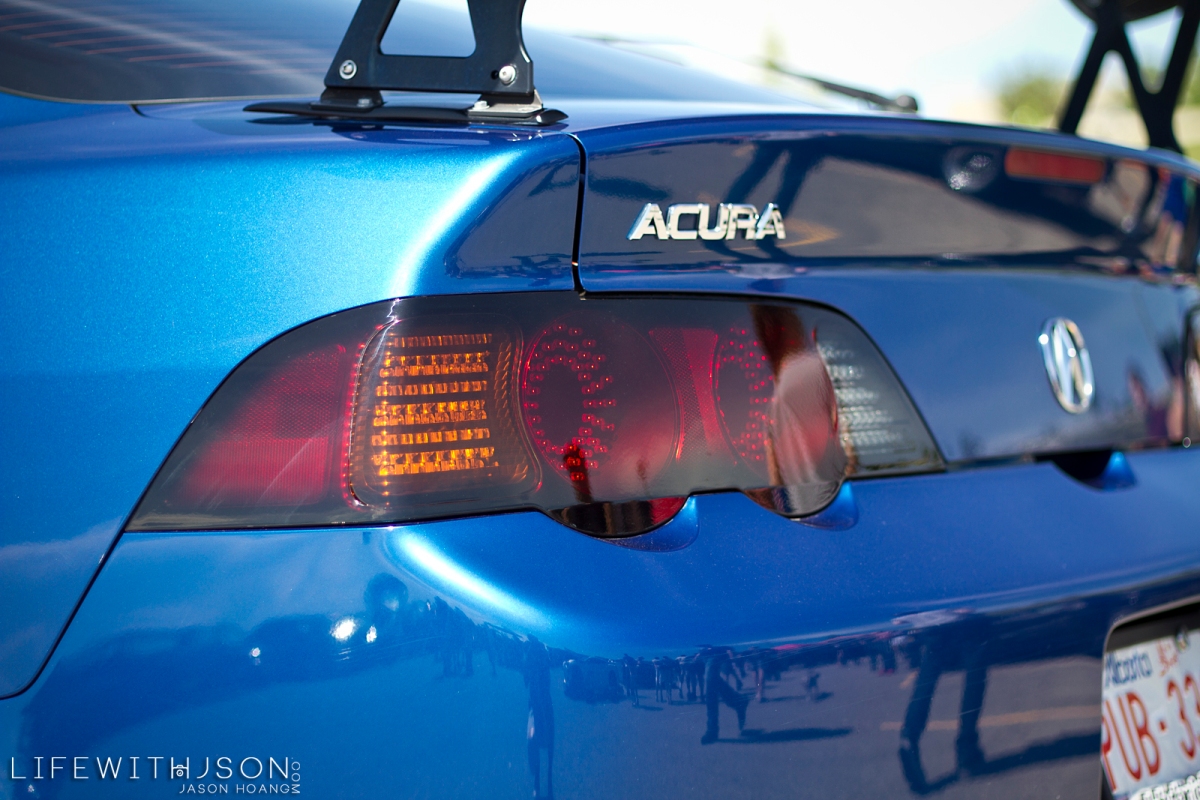 A better shot of Errol’s Rize Japan LED tail lights for those that wanted to see a better shot. 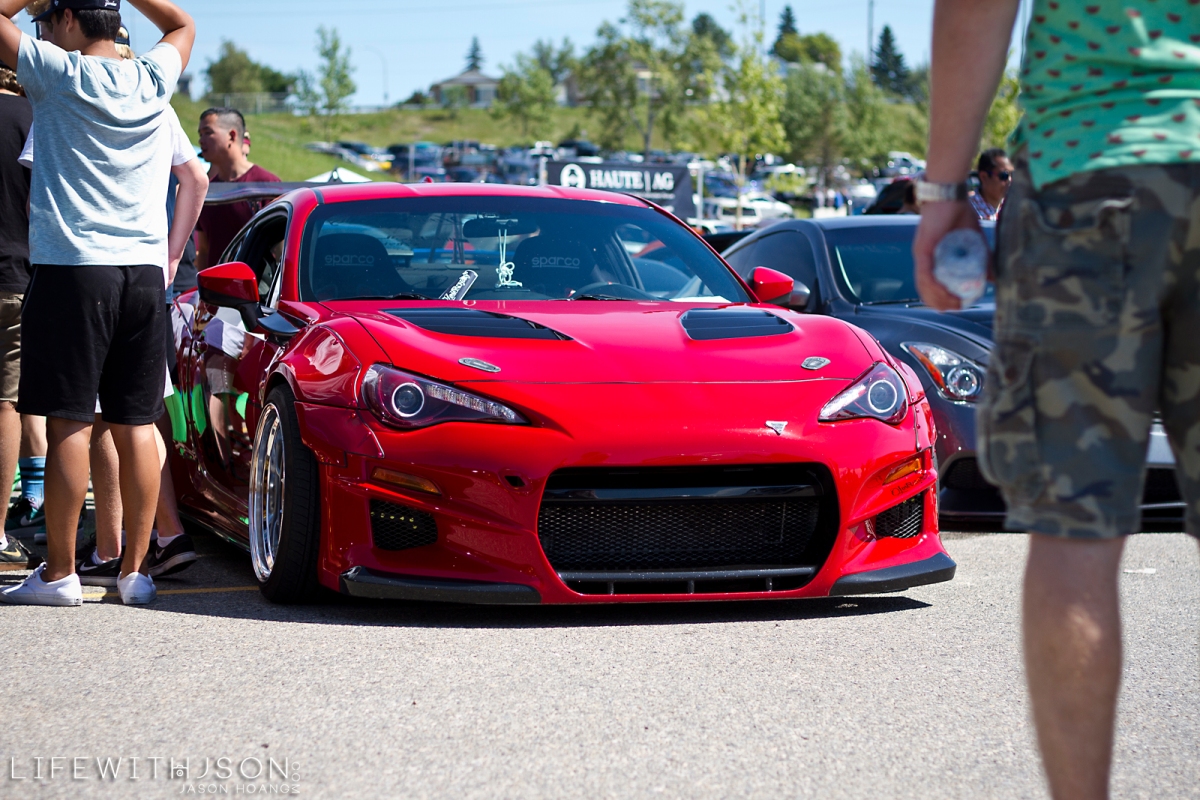 Simon’s FRS. I’ve come to the conclusion that all red cars look amazing but I don’t think I could own a red car. I love shooting them though.

Side note – I do see the resemblance to Magikarp with this bumper. I always saw Simon hashtagging it and now I understand haha 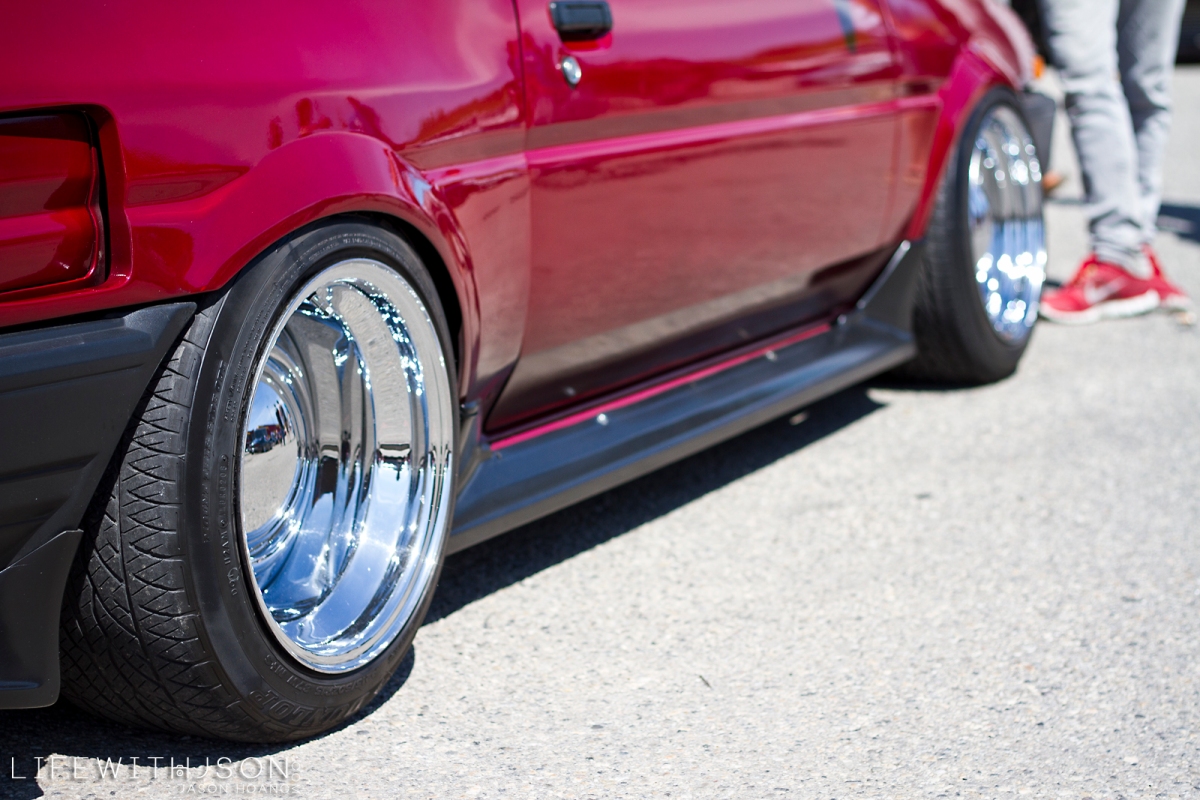 And the RX7 of the man himself – Nick Prah. Beautiful colour and awesome execution. 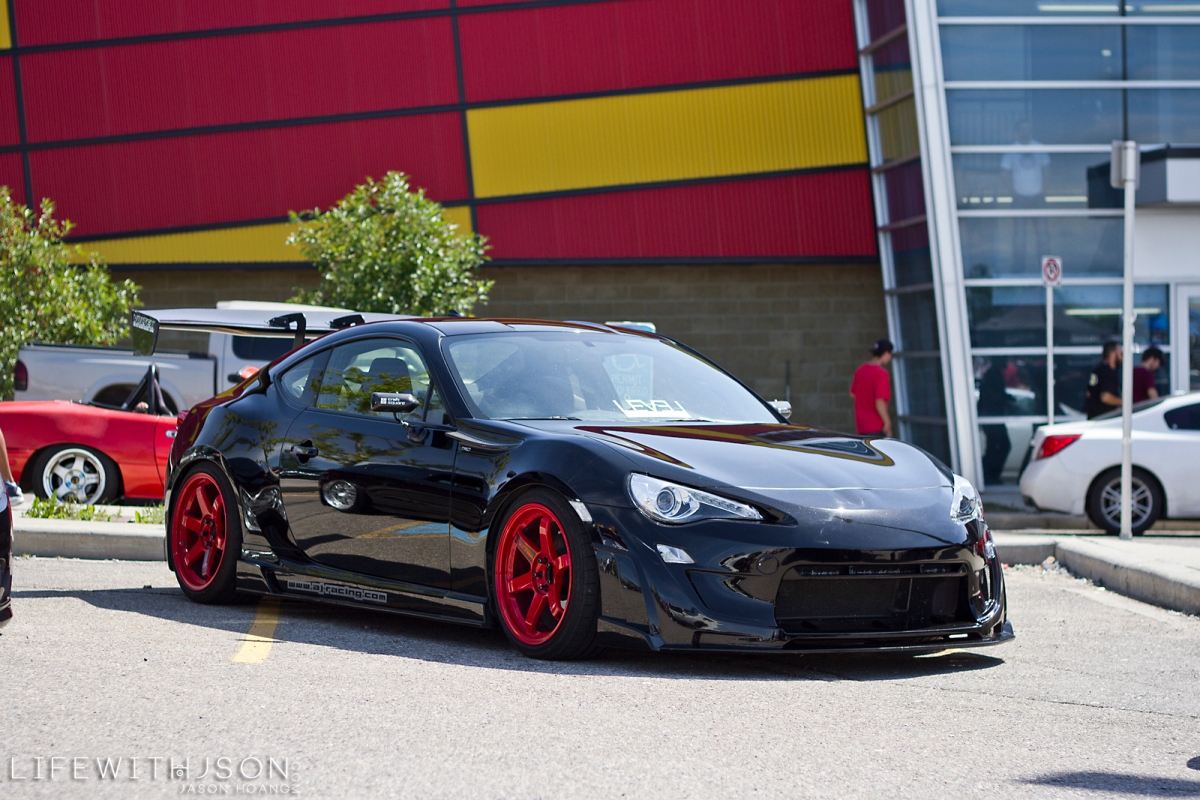 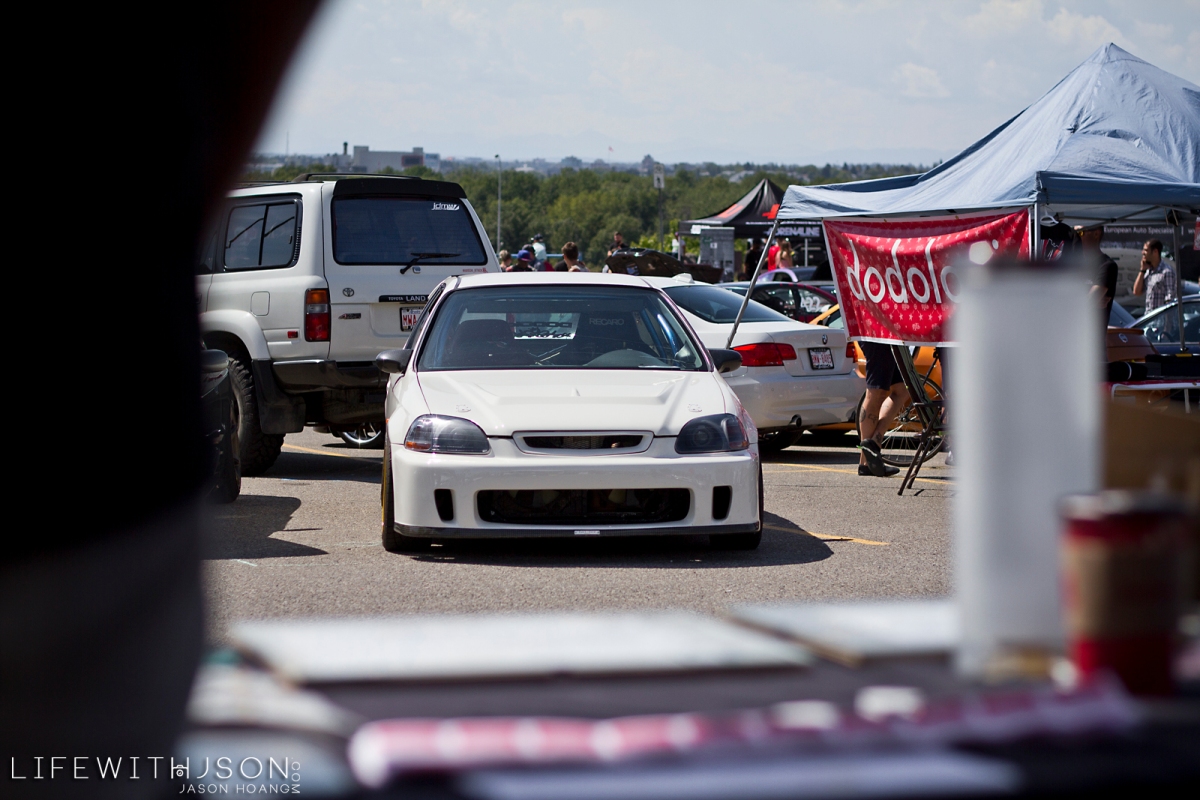 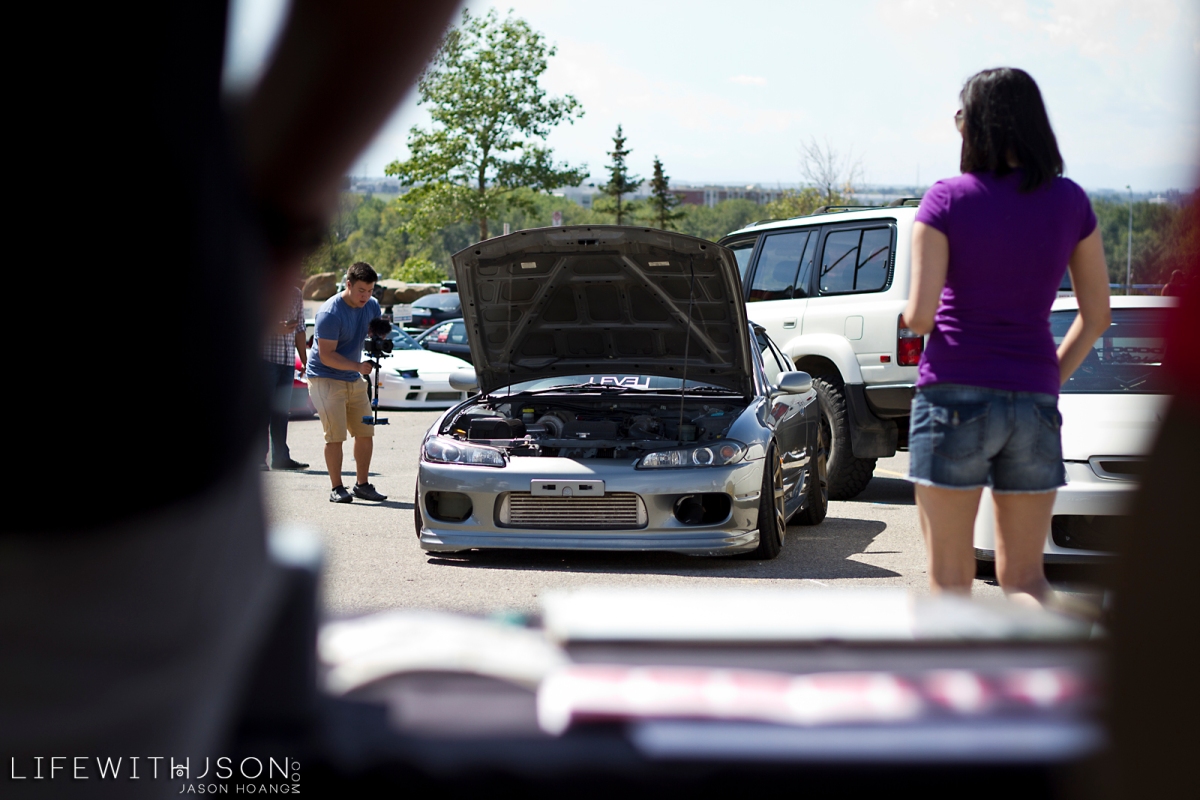 The trophies for those that didn’t get a chance to look at them. Very awesome this year.

I’m sure plenty of cars in the parking lot were worthy as well. A few that were nearby while I was cooling off – this GS was pretty clean and I think lady driven. 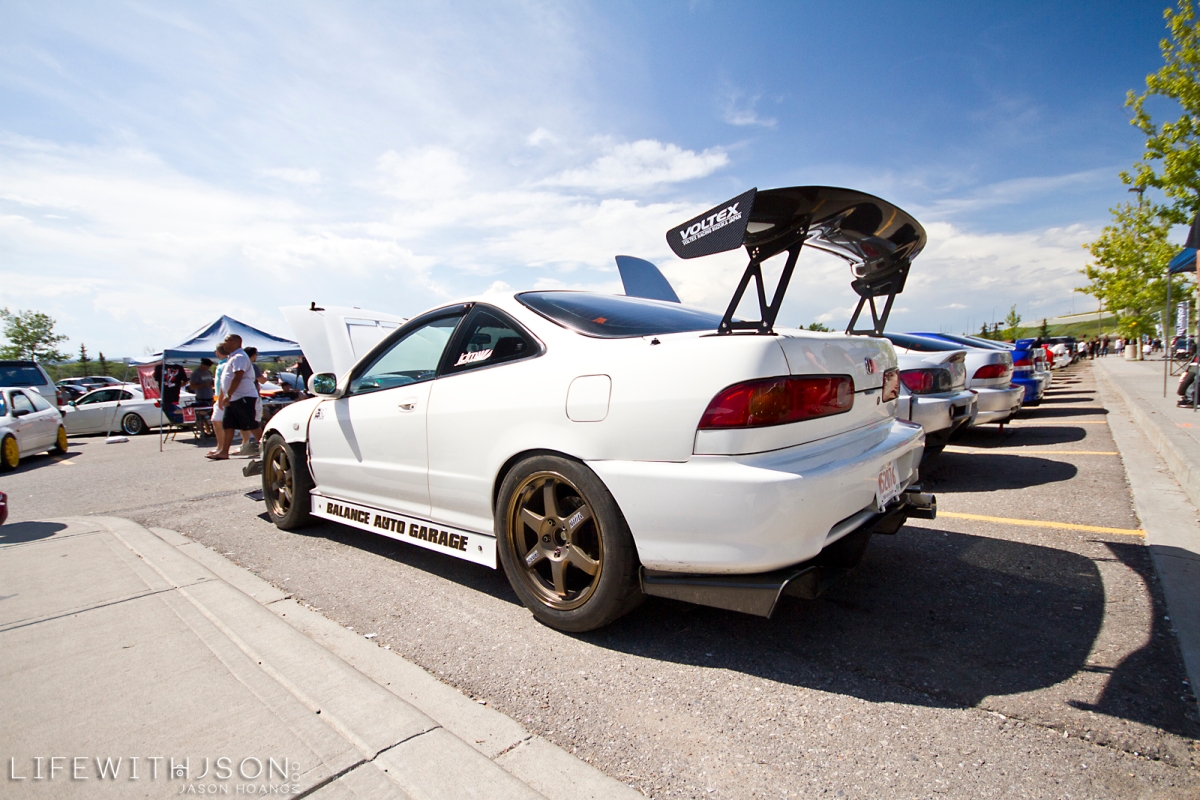 Carlo’s WRX fitted with Varis all around and TE37’s 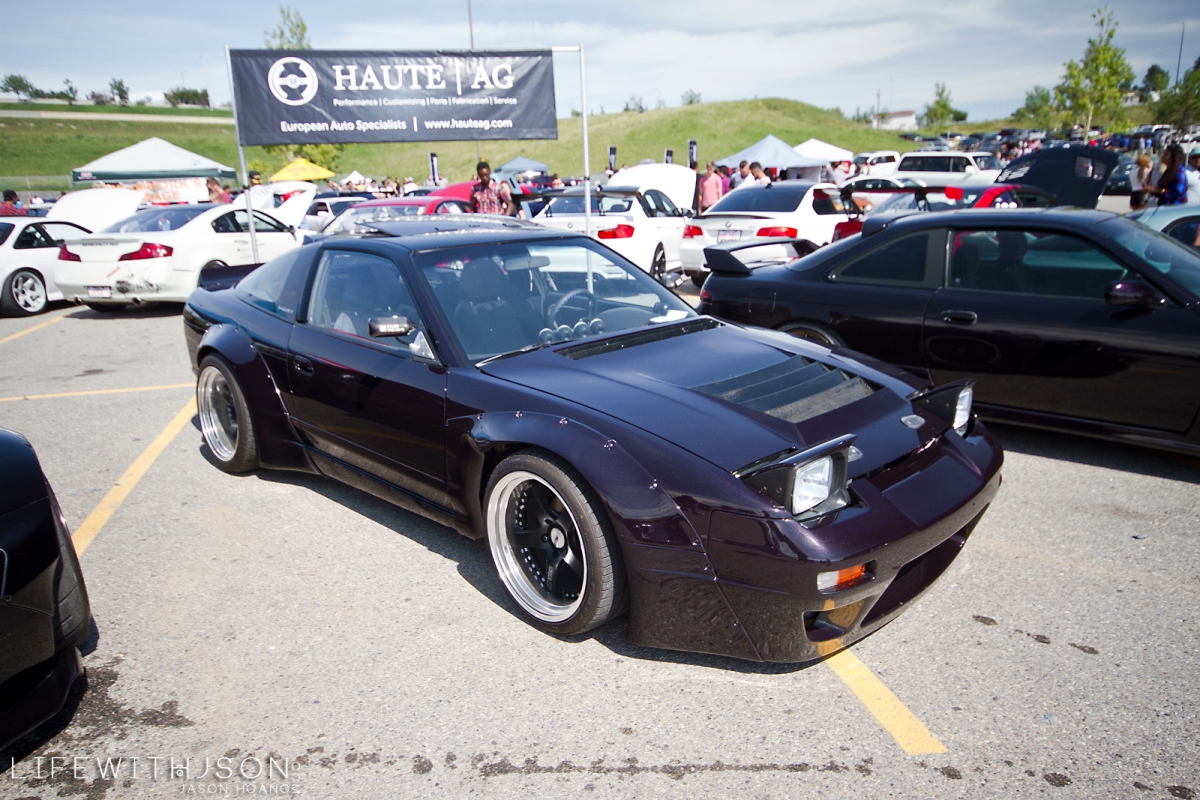 And of course the RB 350Z – another great masterpiece that comes from Nick Prah. 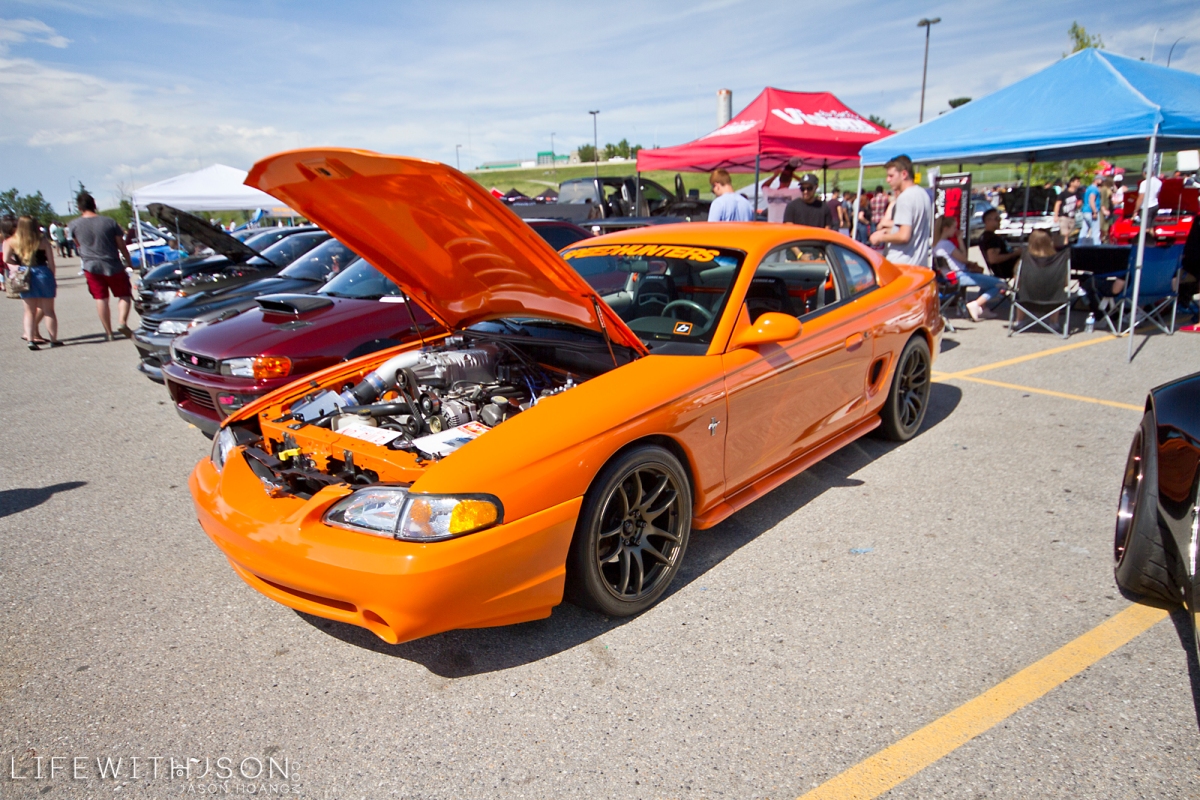 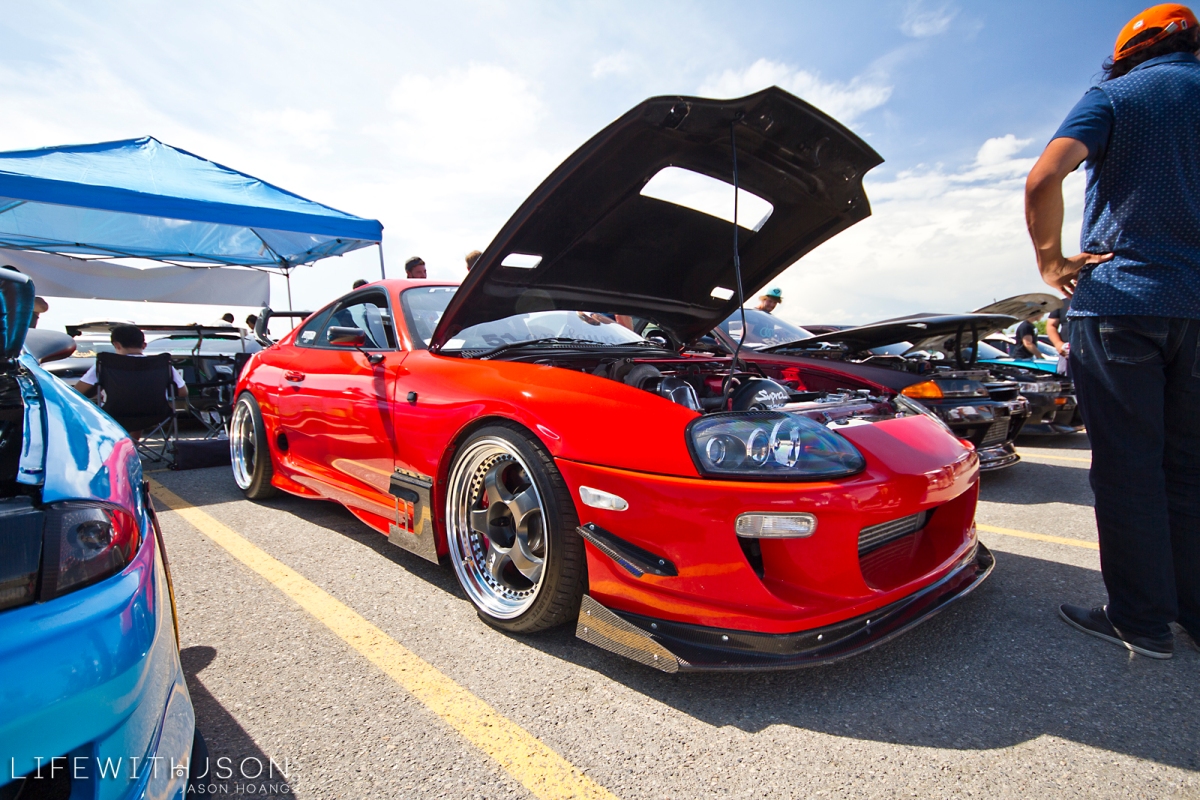 Another shot of Charlie’s Supra 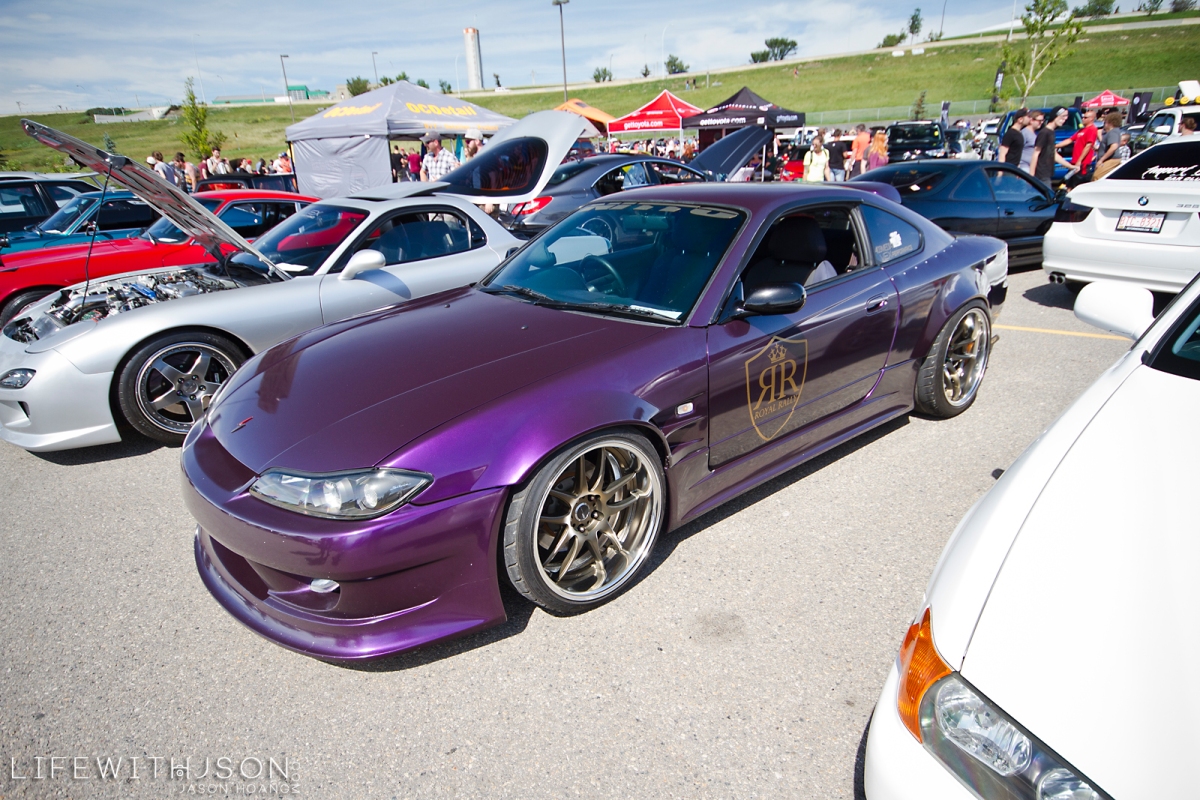 Curtis’s Silvia on Work CR2P in the VEX booth

Another great contender at the show was this widebody RX7. Rare to see this gen so mint. 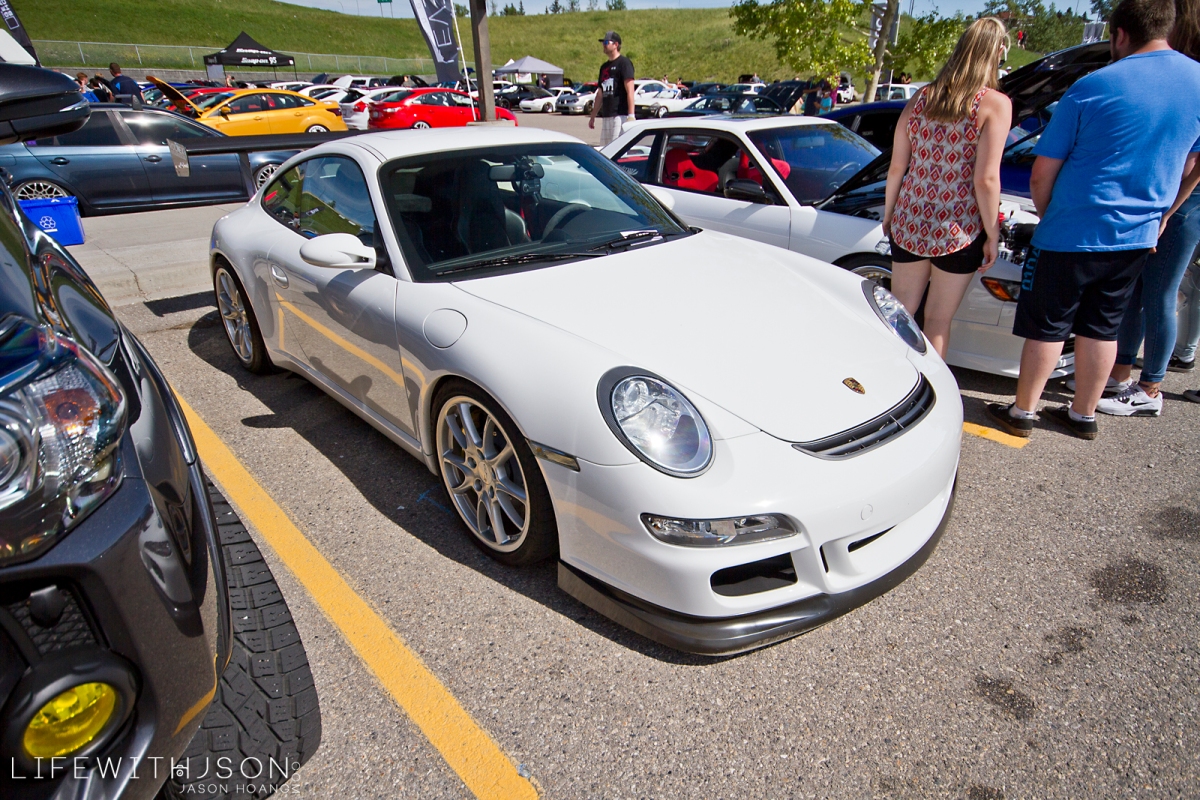 Another of Nick’s GT3 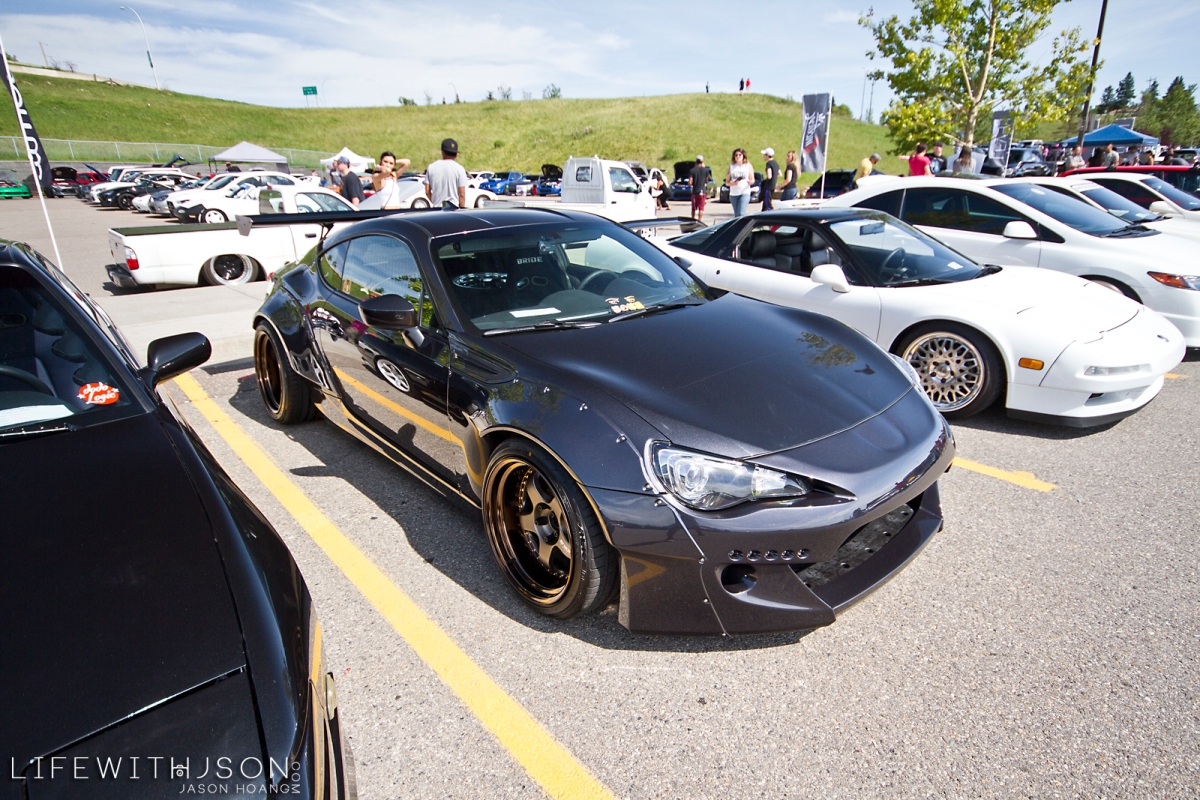 Can’t get enough of this. 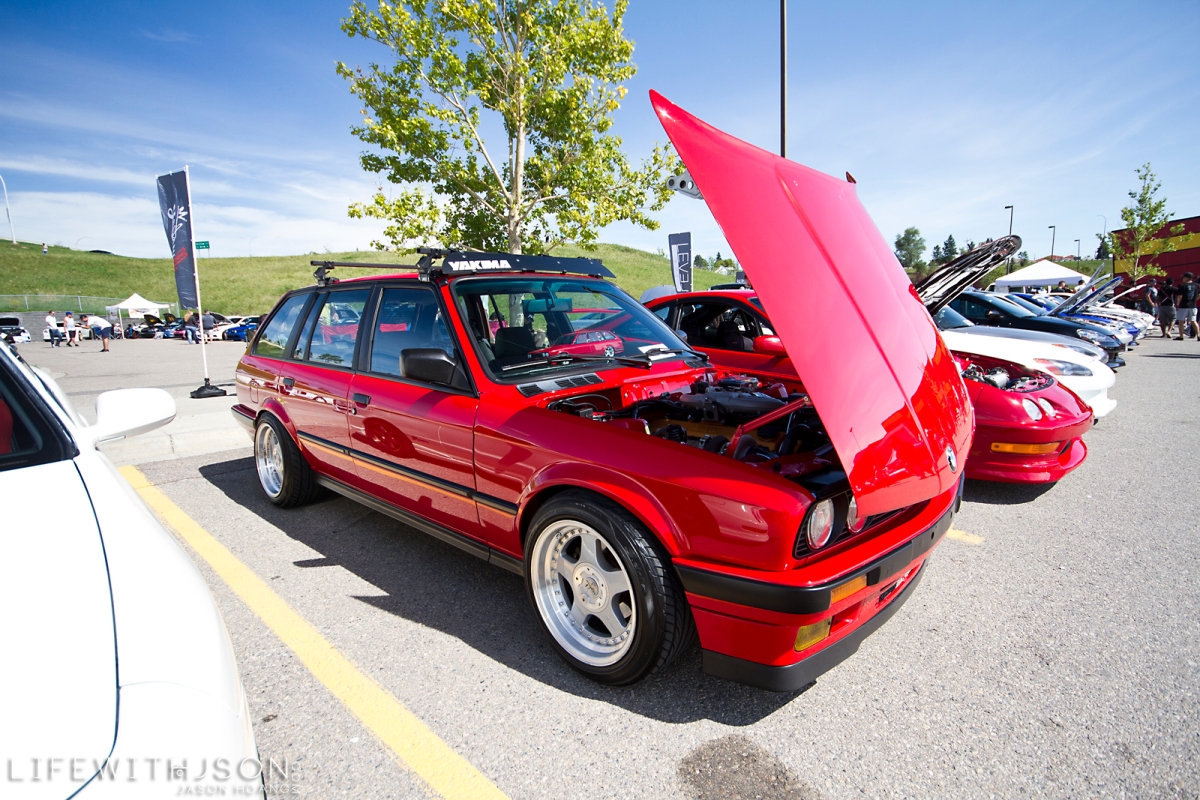 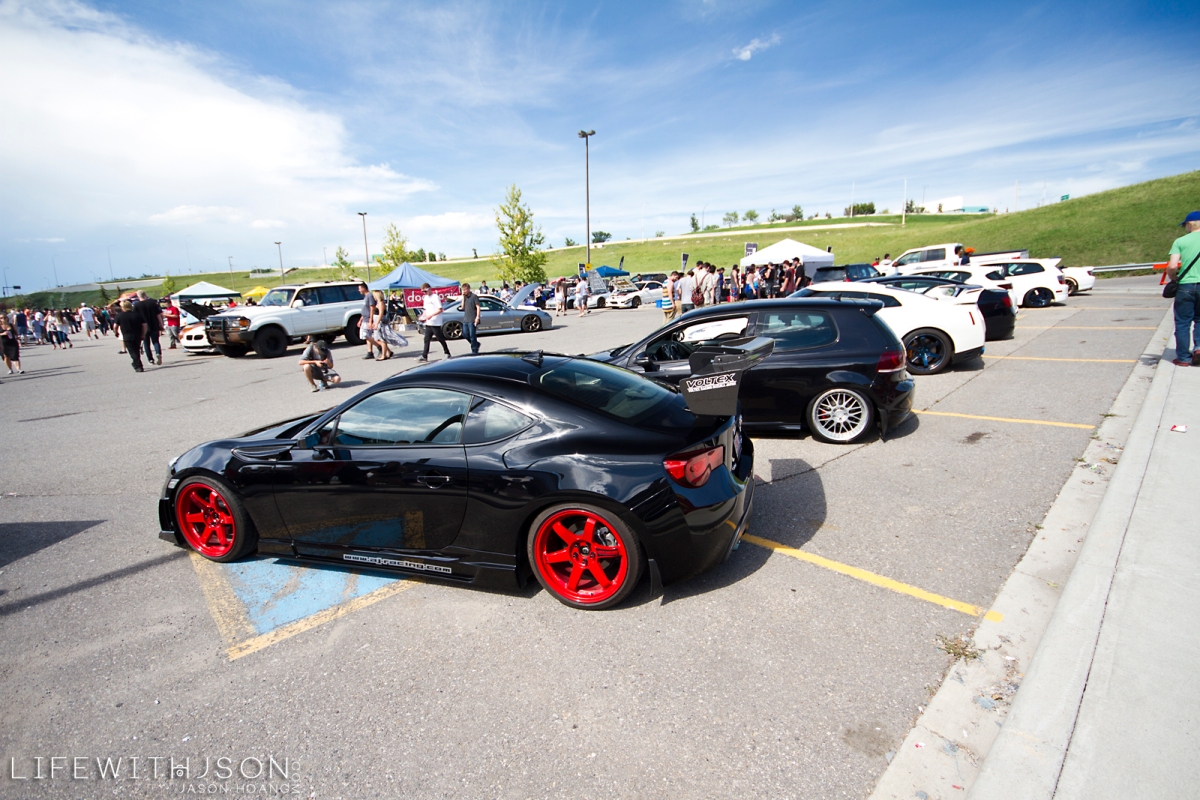 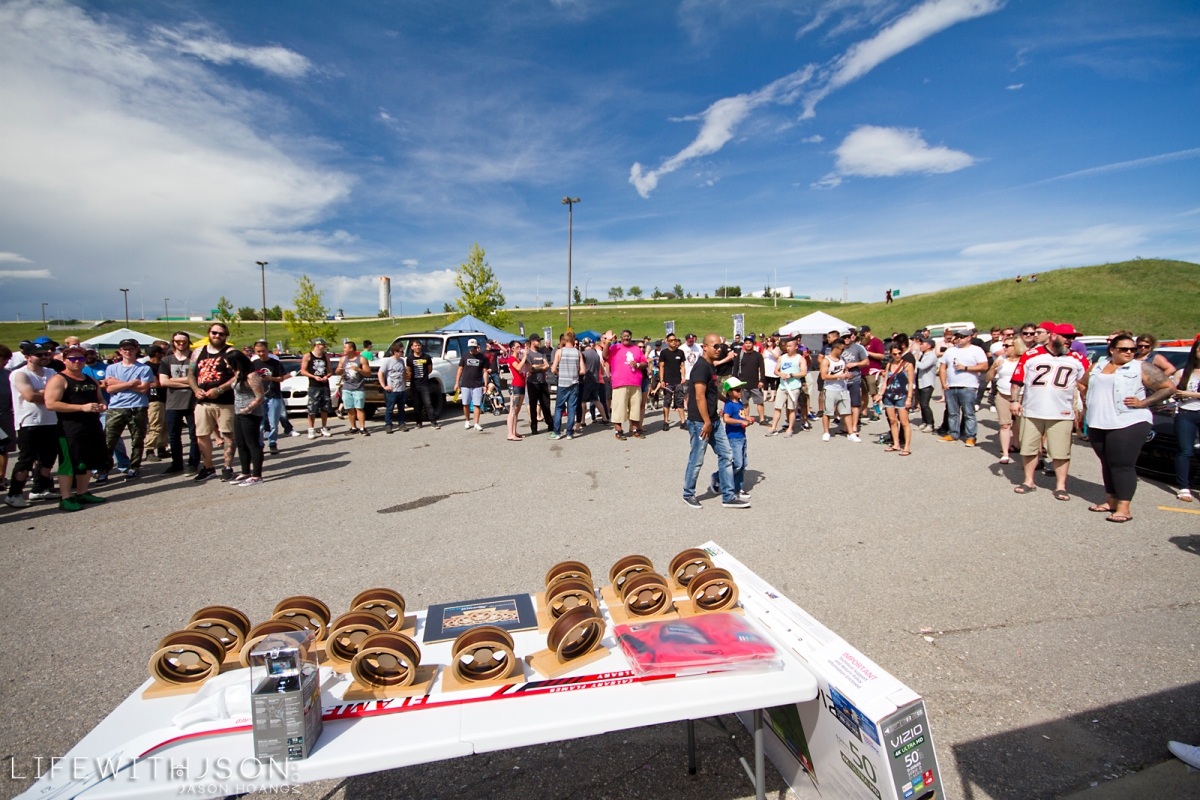 Awards time! Instead of posting all the winners – I’ll just say congratulations to all of you. Well deserved! 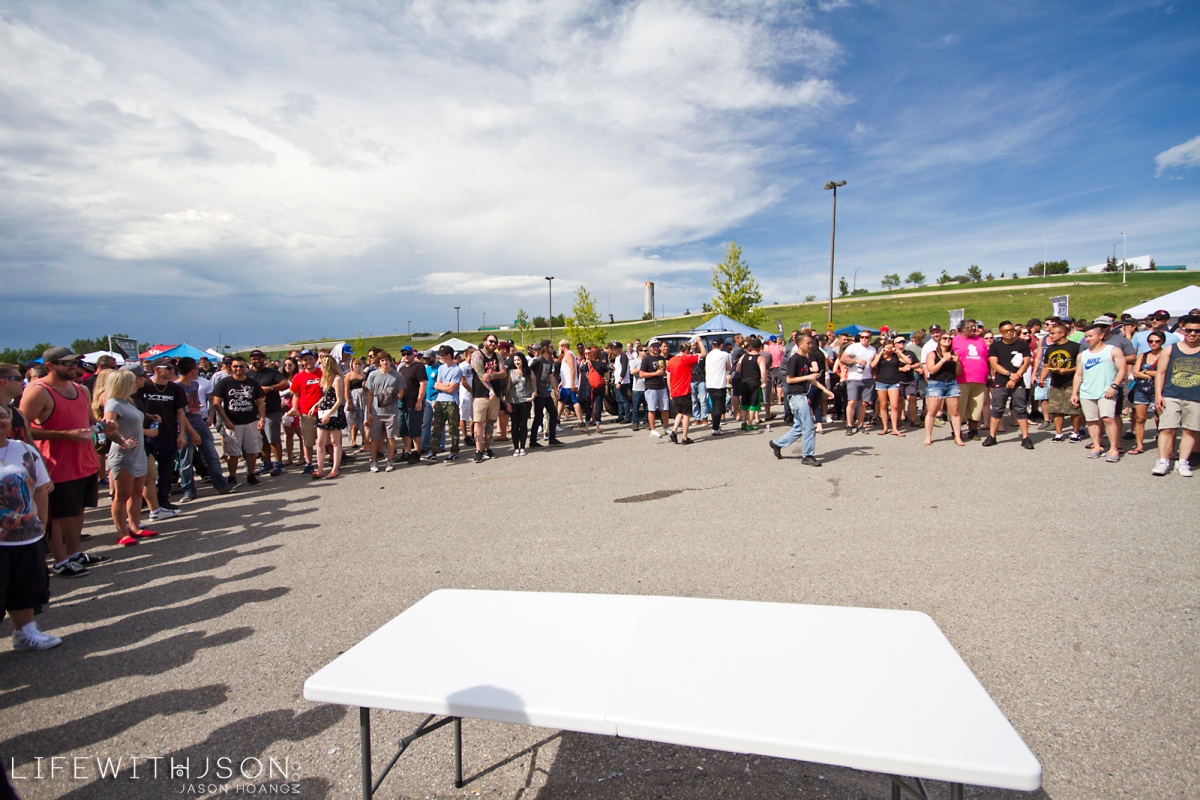 And in no time, the table and prizes are cleared out – thanks to everyone who came out and made it another great show. Looking forward to next year!