And yet another day of Sunday School has come and gone – one of the most anticipated car shows this city has to offer, I’d say… As always – this show just gets better every year and it never ceases to amaze me just how much the quality of cars has increased over the years. There are cars that I’m almost certain never see the day of light until the day of the show comes – you never see them on social media, no one ever posts about them – and BAM, some crazy build just shows up.

Huge thanks to the boys at illmotion for putting on and organizing another amazing show. This is no small feat – there is a painstaking amount of work to just organize where the cars will park, let alone booking the venue and making sure the rest of the day goes smooth. From having people man the stand, to making sure good music is playing, to judging and awards – only a good team can carry that burden and the illmotion guys do it effortlessly.

Anyway, I’m still in the process of editing the photos – I took some 500+ photos yesterday and it took a few hours to get through it all with the crazy heat. Every year, it always ends up being a scorcher… I’m not complaining, but I also wouldn’t have complained if it was just 5 degrees cooler LOL. Now I – and I’m sure most of you – are stuck with a ridiculous tank top tan or for the unfortunate few – a t-shirt tan.

Tons of photos to come… and AS ALWAYS – I try to take photos of everyone’s car… If I end up waiting too long or you’re representing your whip too hard – then no dice on photos, ladies and gentlemen. The photos are generally in order but I may have gotten distracted and walked the other way. There still may be a chance your car is in here in later posts if you don’t see it. Enjoy!

I was a little late for roll in than usual since I had to work that morning… but it gave me some photo opportunities.

Nick AKA Chowfun suddenly appeared behind me. 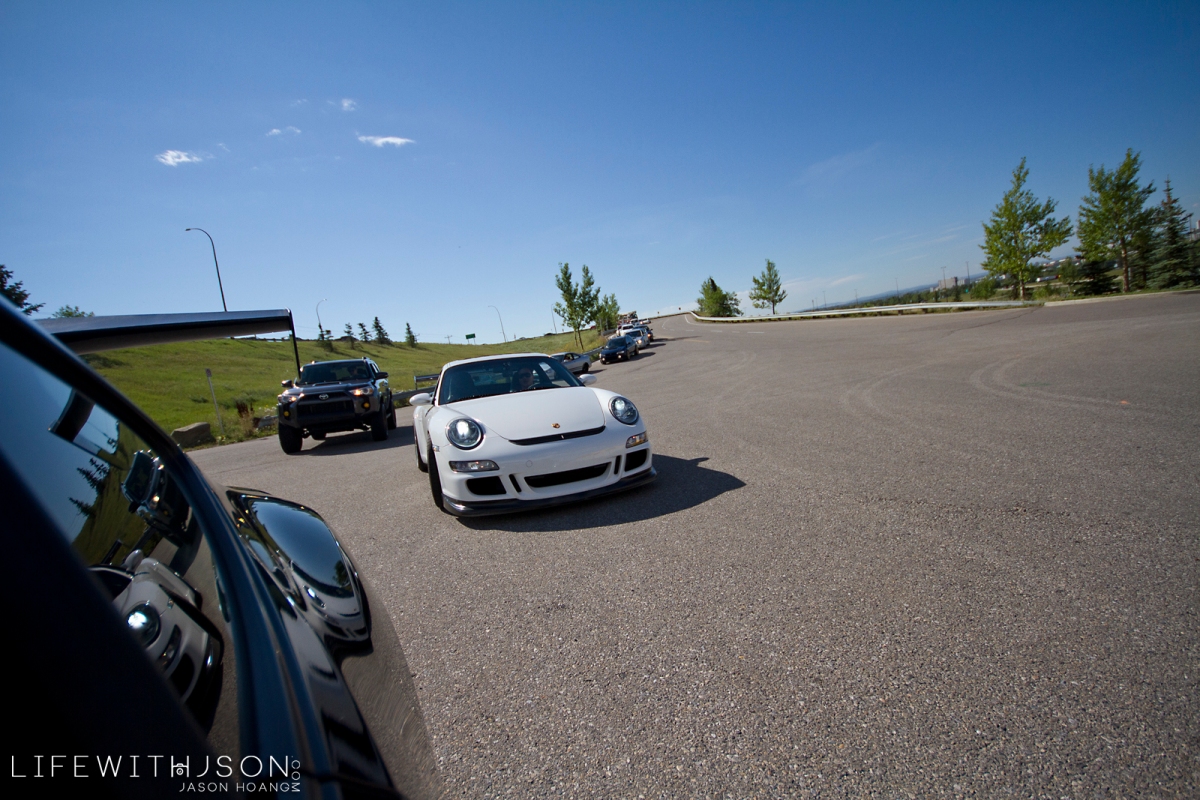 The line up going up the hill…

Corey telling everyone where to park.

Corey and JC asking where my info is… Shit…

Starting off at the entrance… Jackie’s Type R made its debut outfitted with full-on aggressive aero. Beautiful. 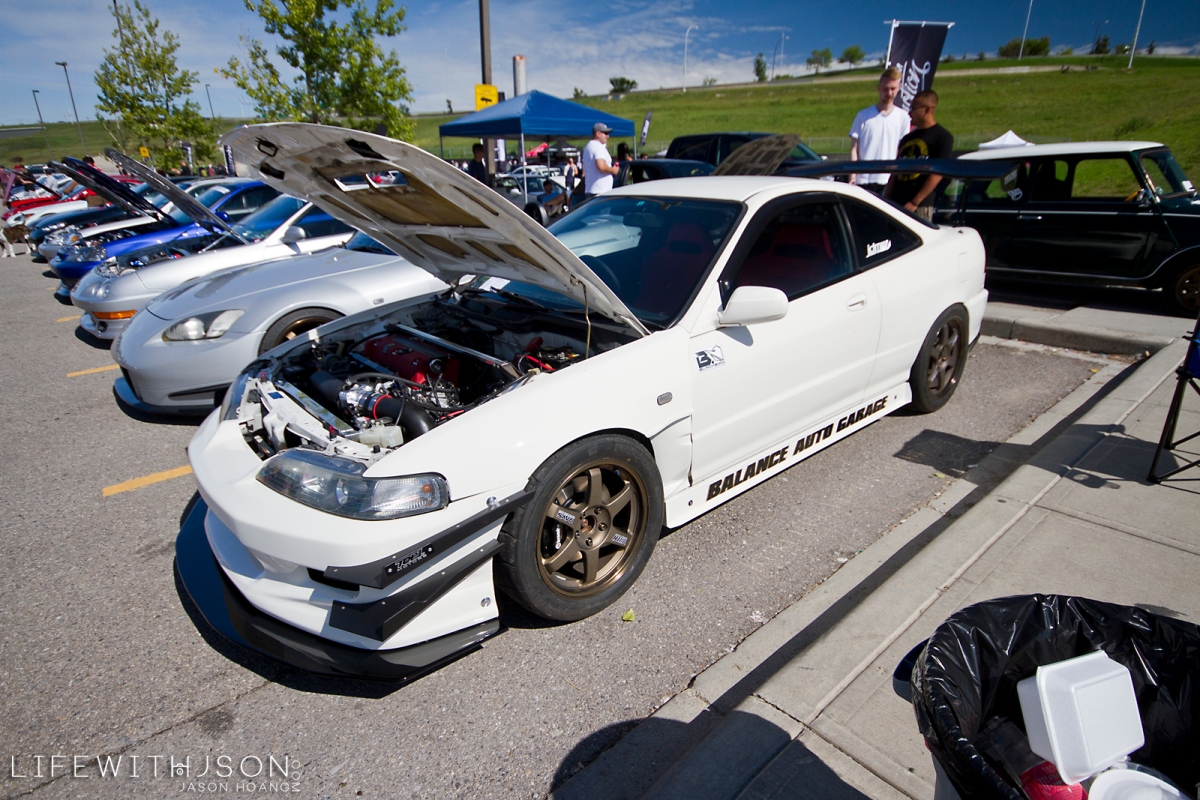 Errol’s Amuse S2000 – I think it comes out once a year. Correction – this Isaac’s car now! I didn’t even know he purchased it until now. 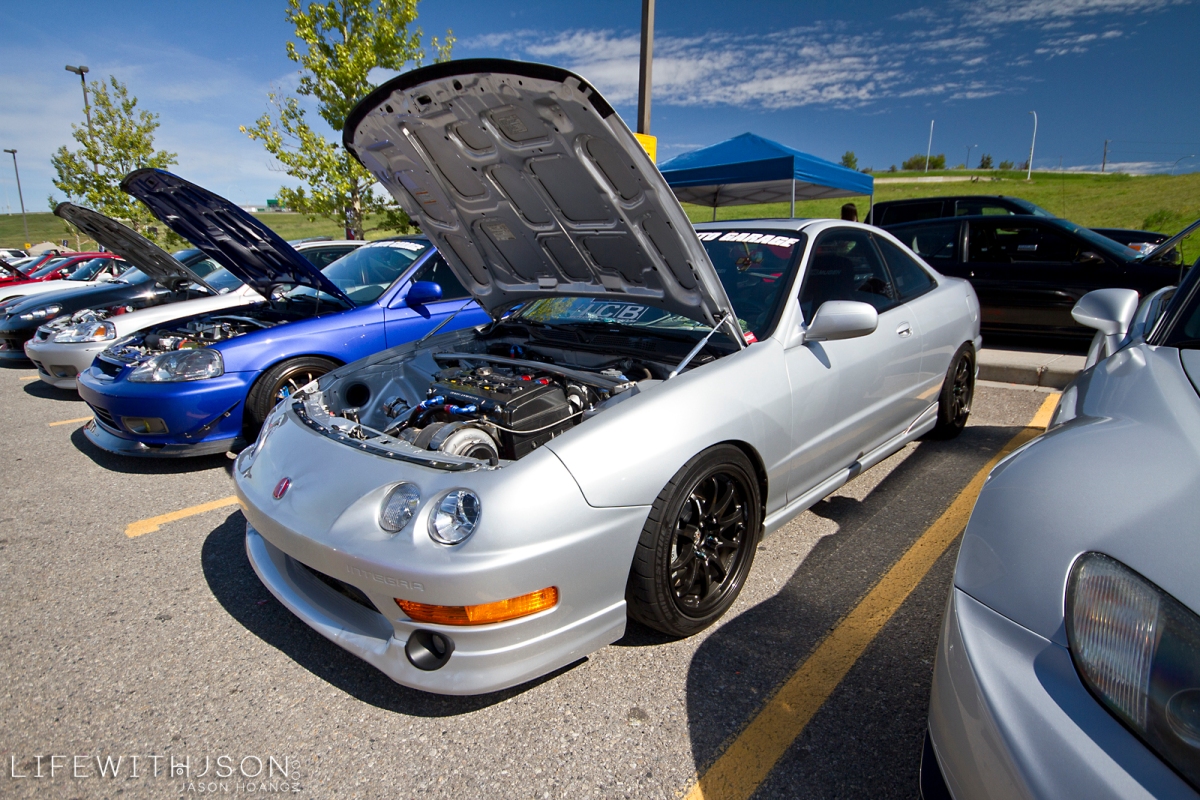 Alex’s infamous Integra… No stranger to the Calgary scene. 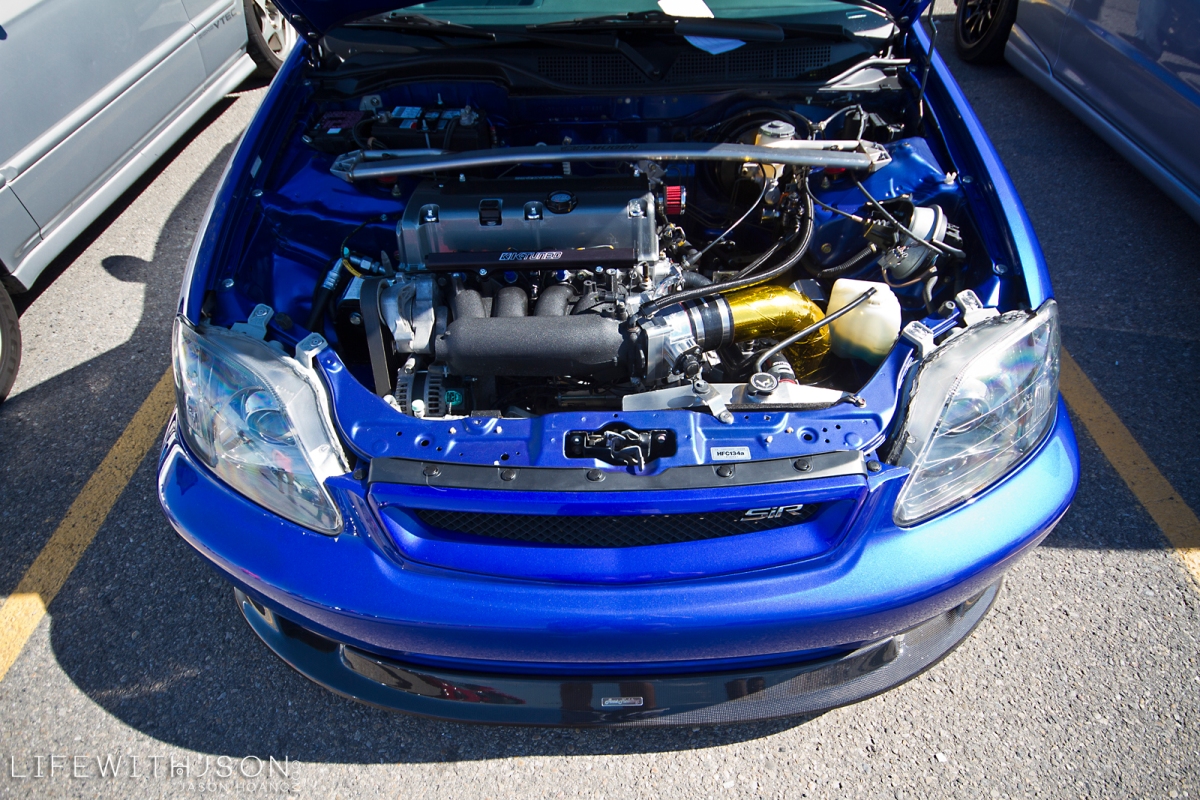 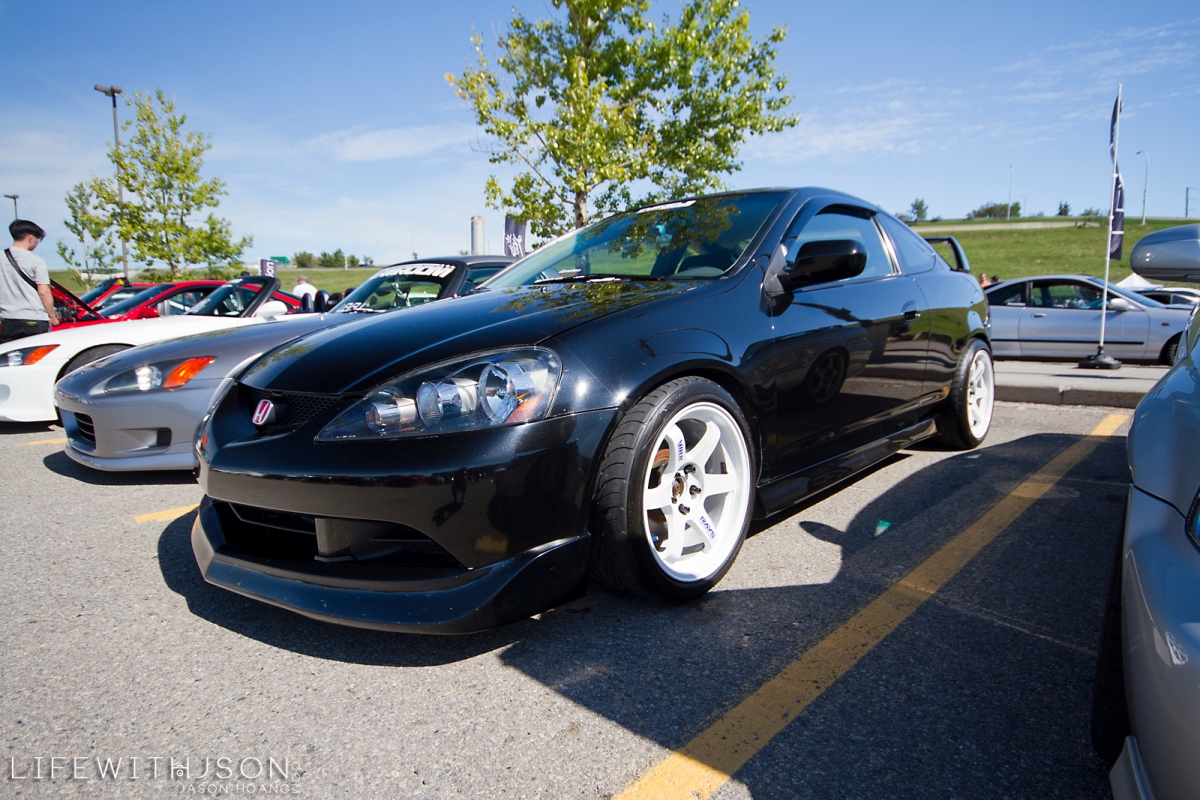 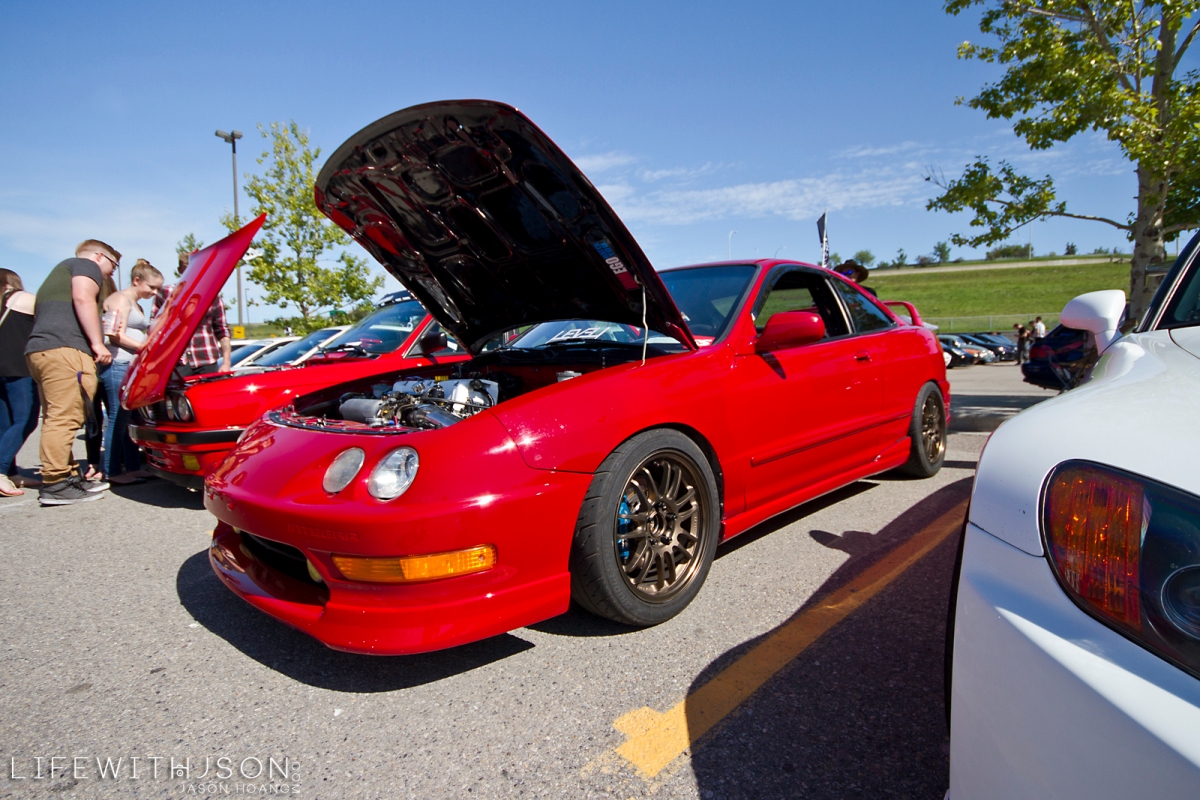 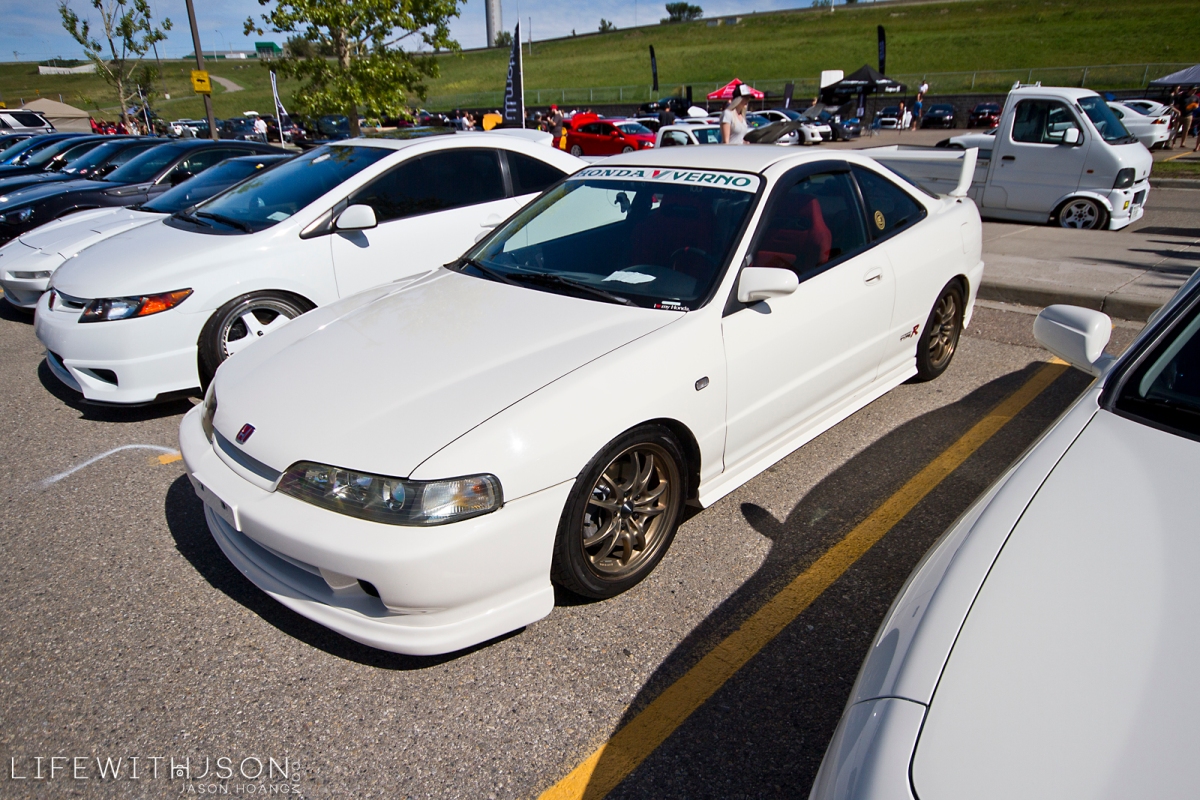 With a USDM front Type R right beside it. 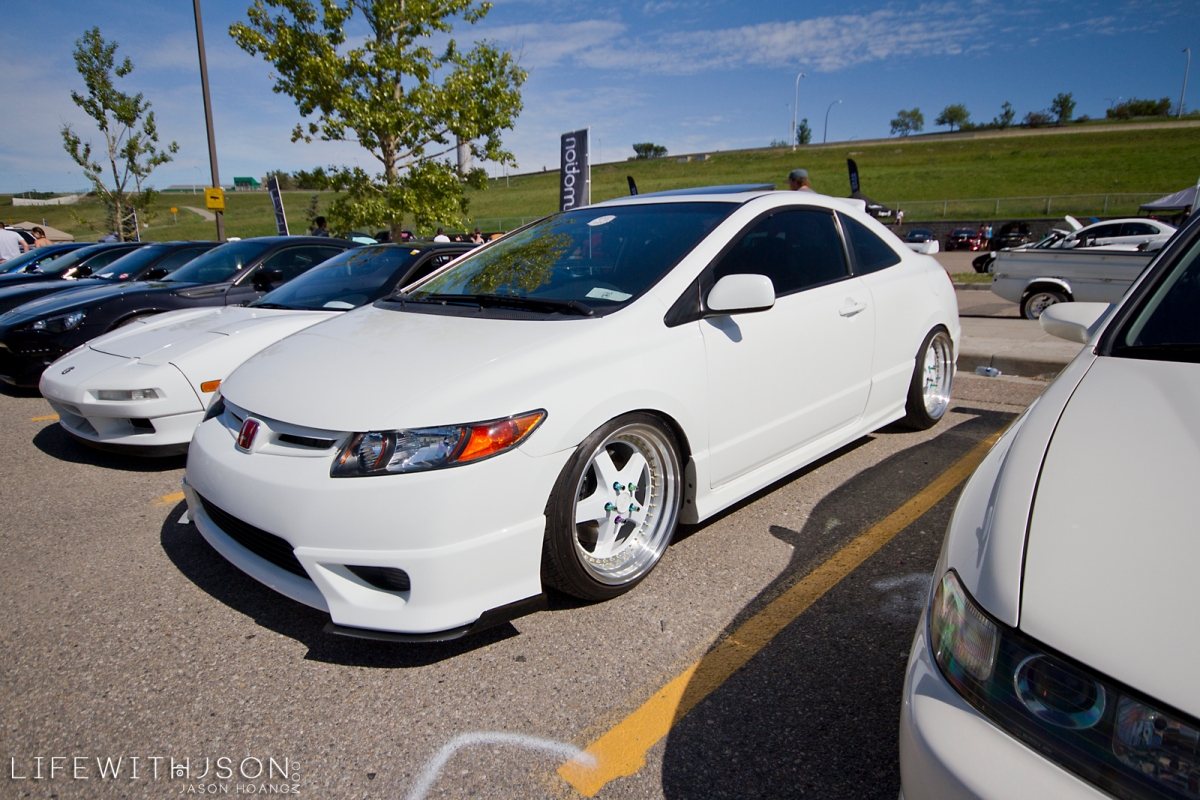 Levi’s freshly finished RB V2 BRZ. This was absolutely mint – the body and paintwork were fantastic. The bronze Meister 3PC fit so well. 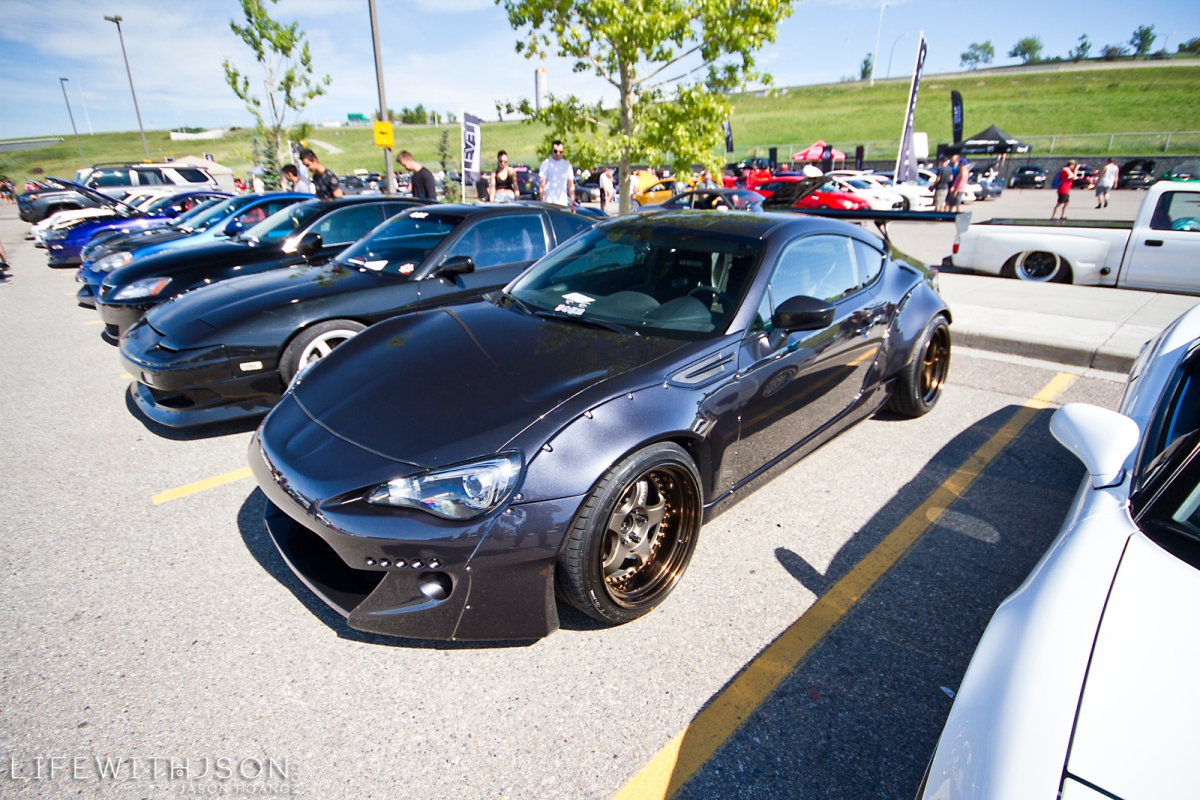 Fitted with a RB V1 wing rather than the V2 trunk lip. 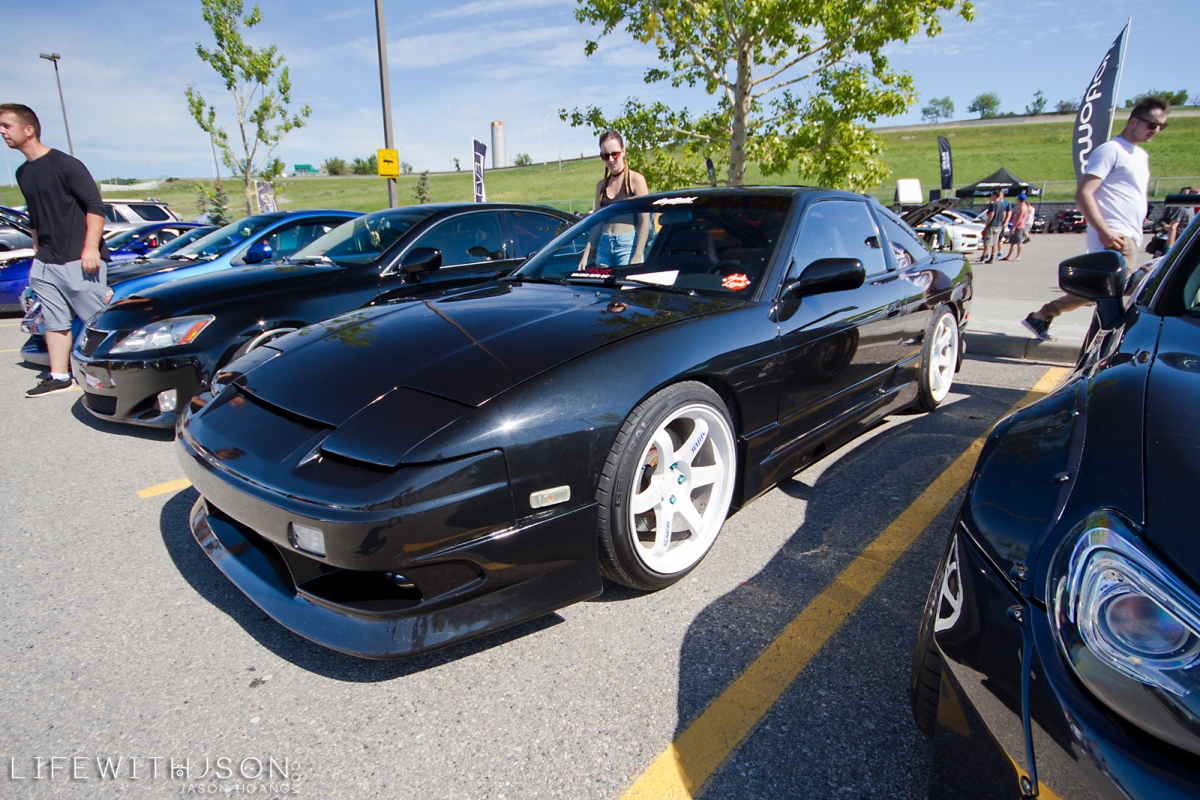 David’s bagged IS on Weds Kranze Vishunu’s. Love this look. 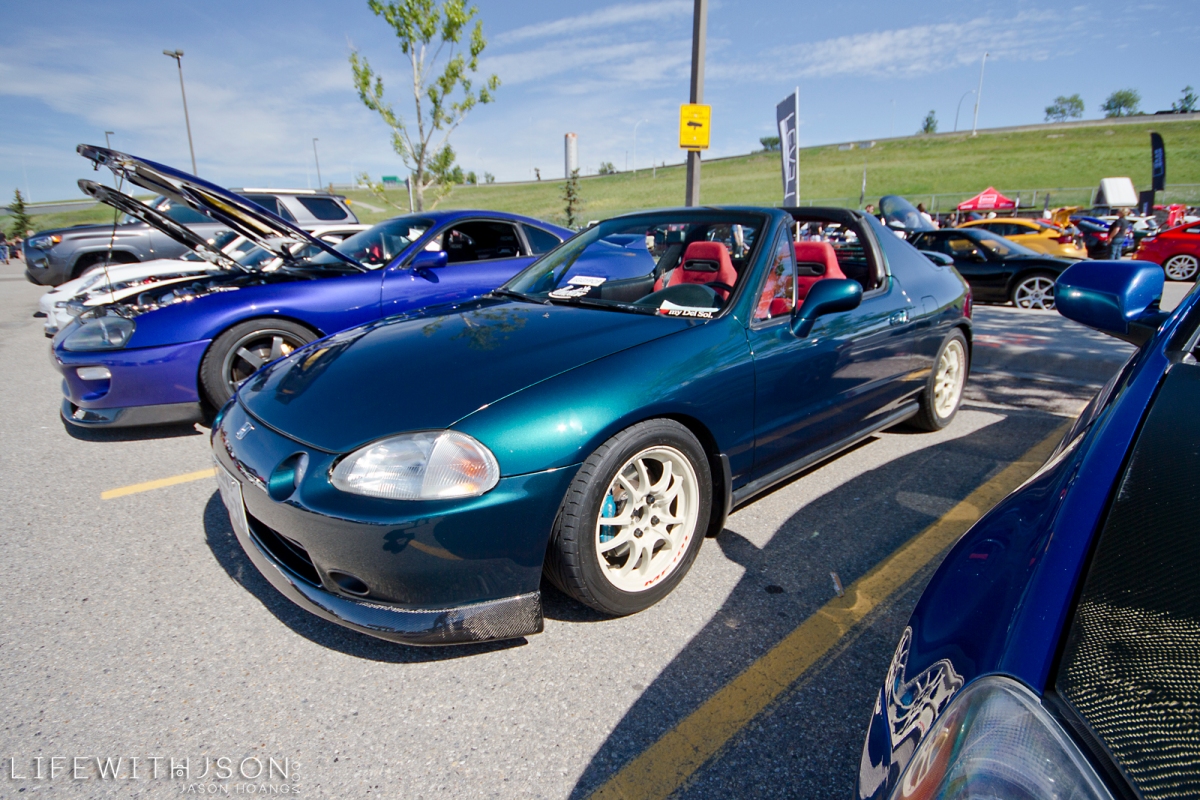 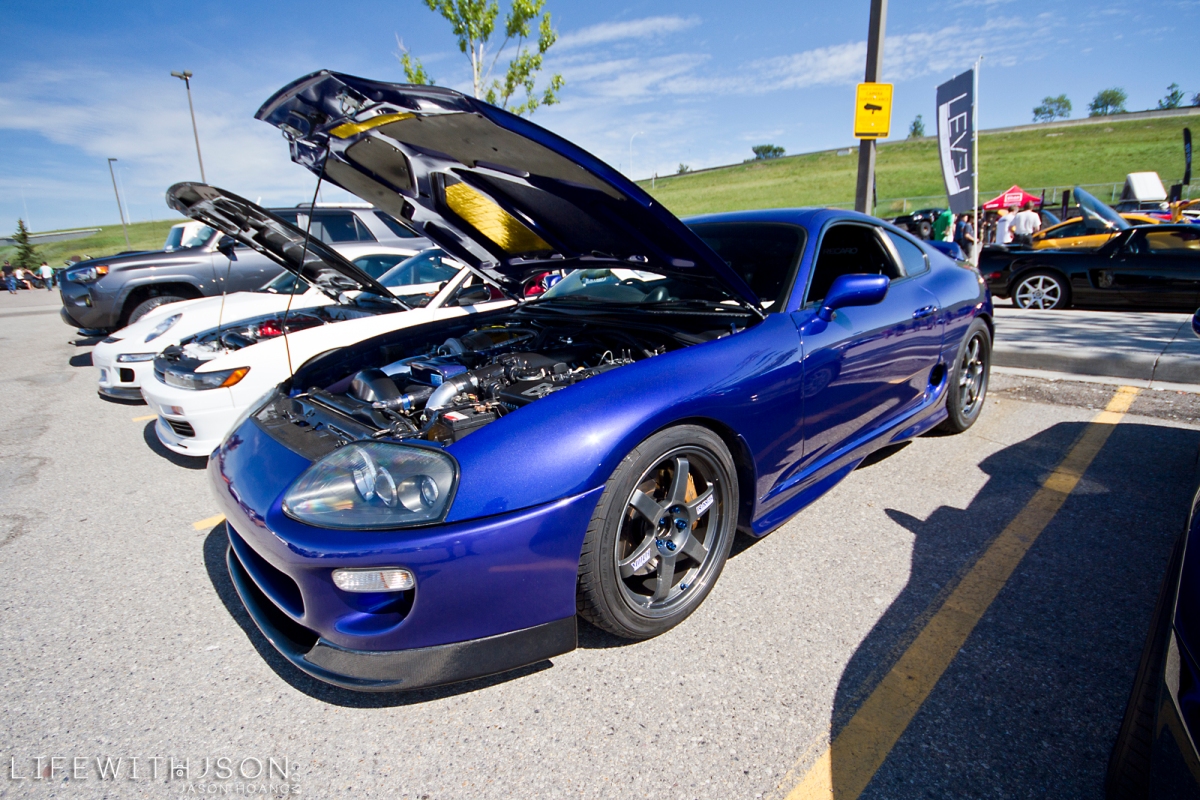 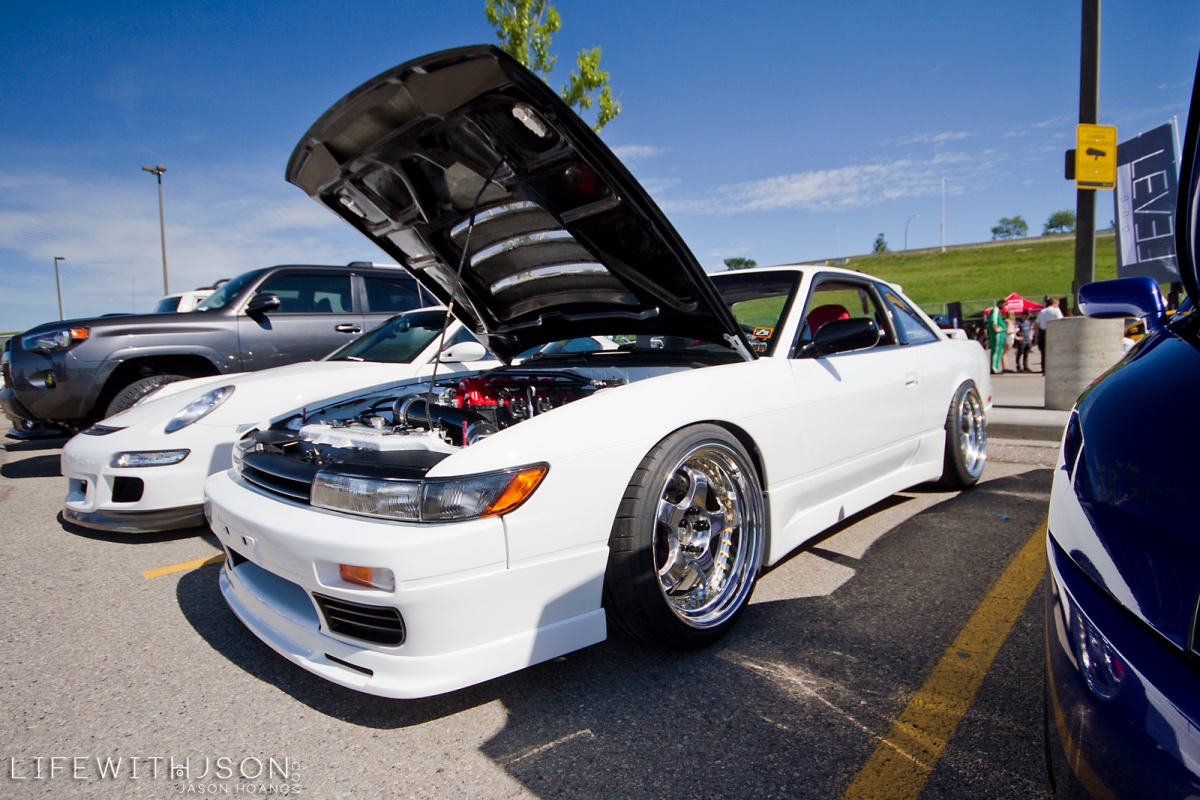 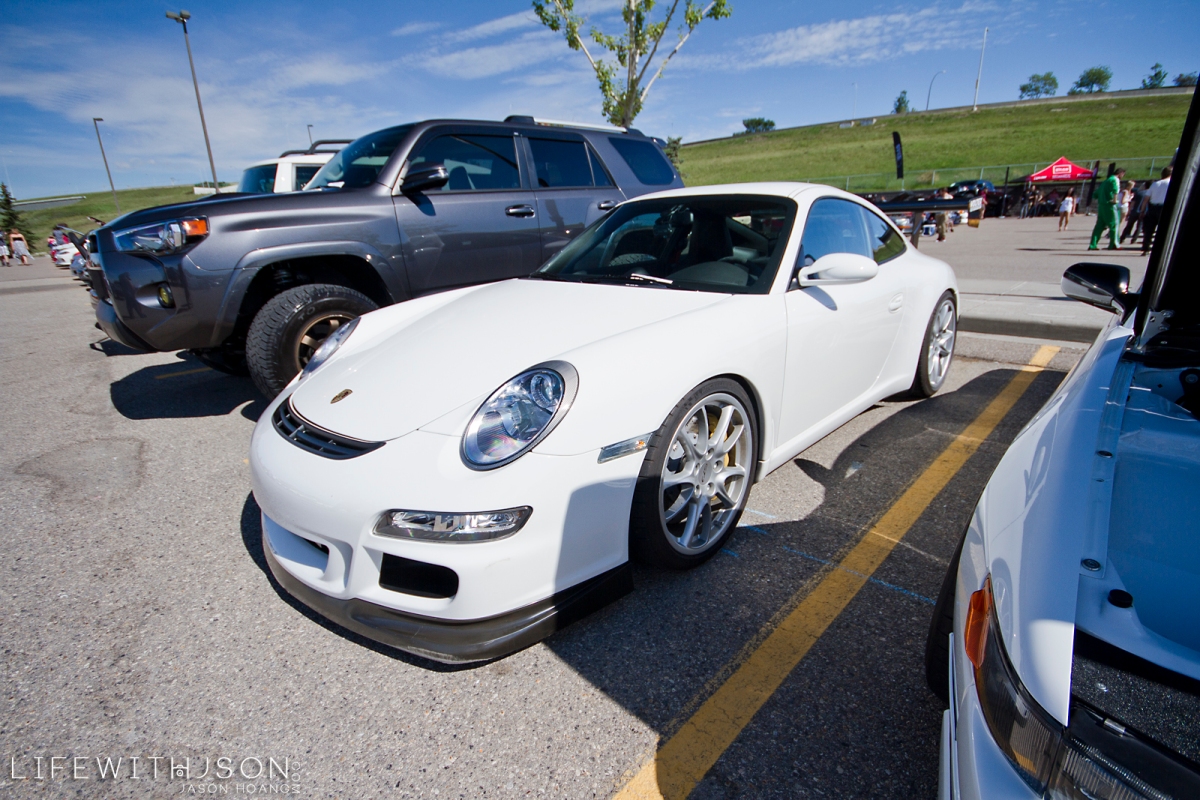 Nick’s Porsche 911 GT3 fitted with a Voltex wing. Love it. 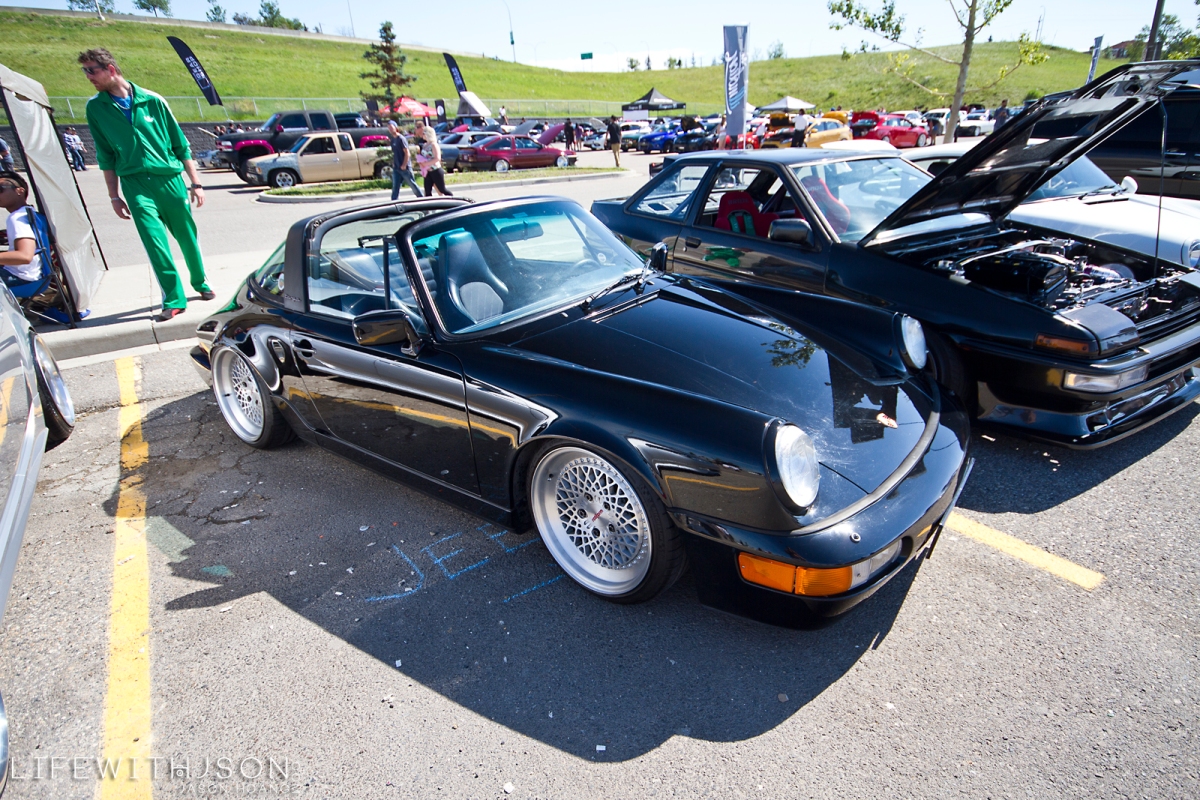 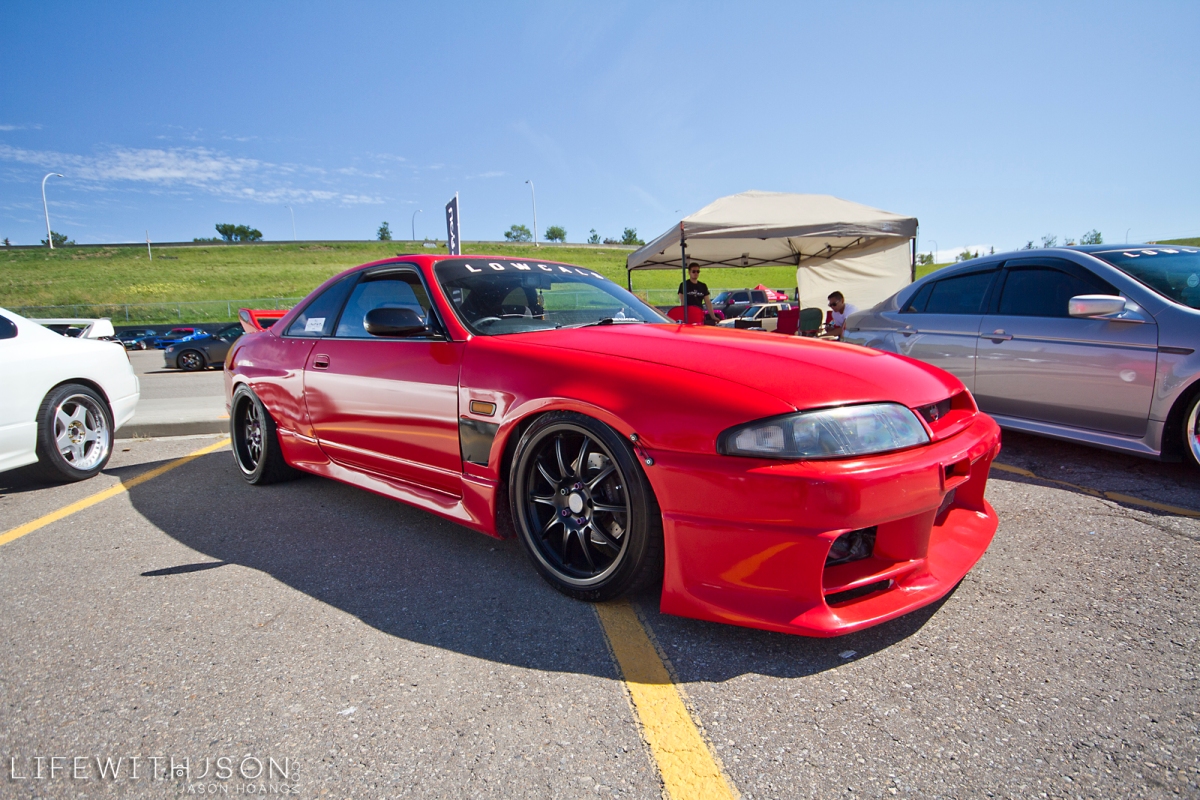 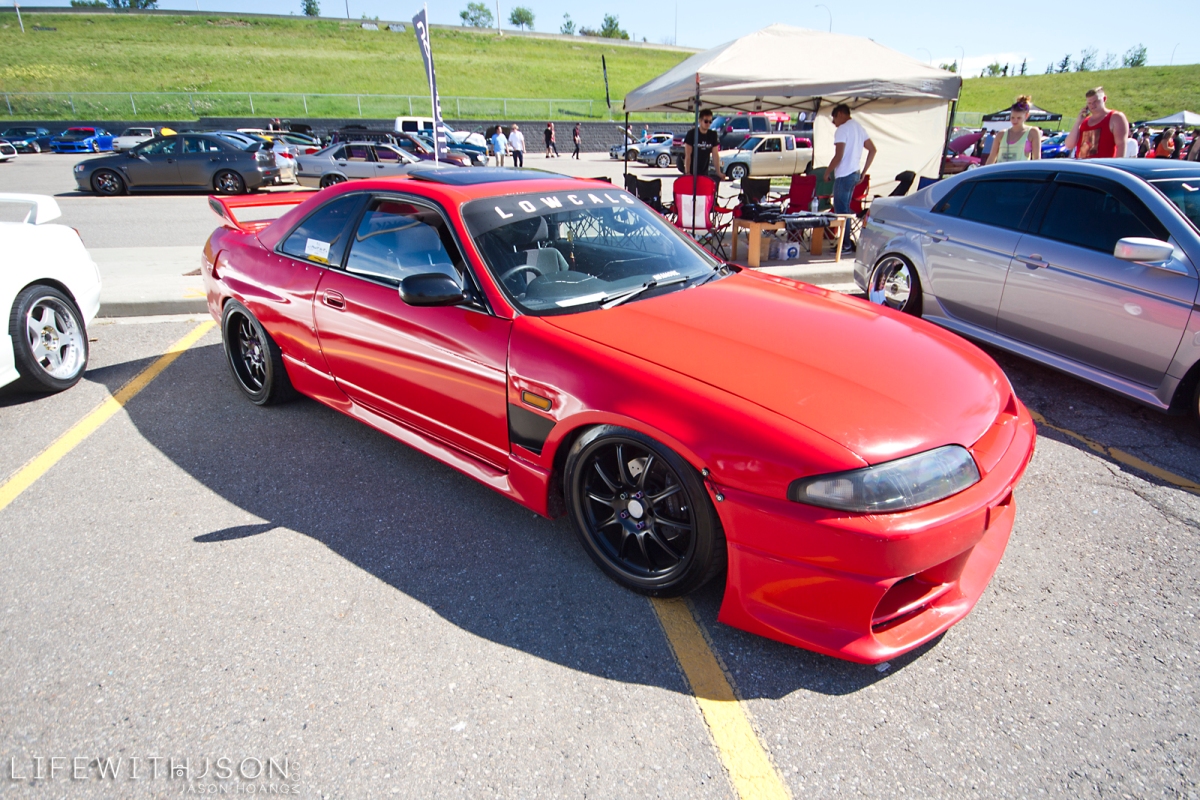 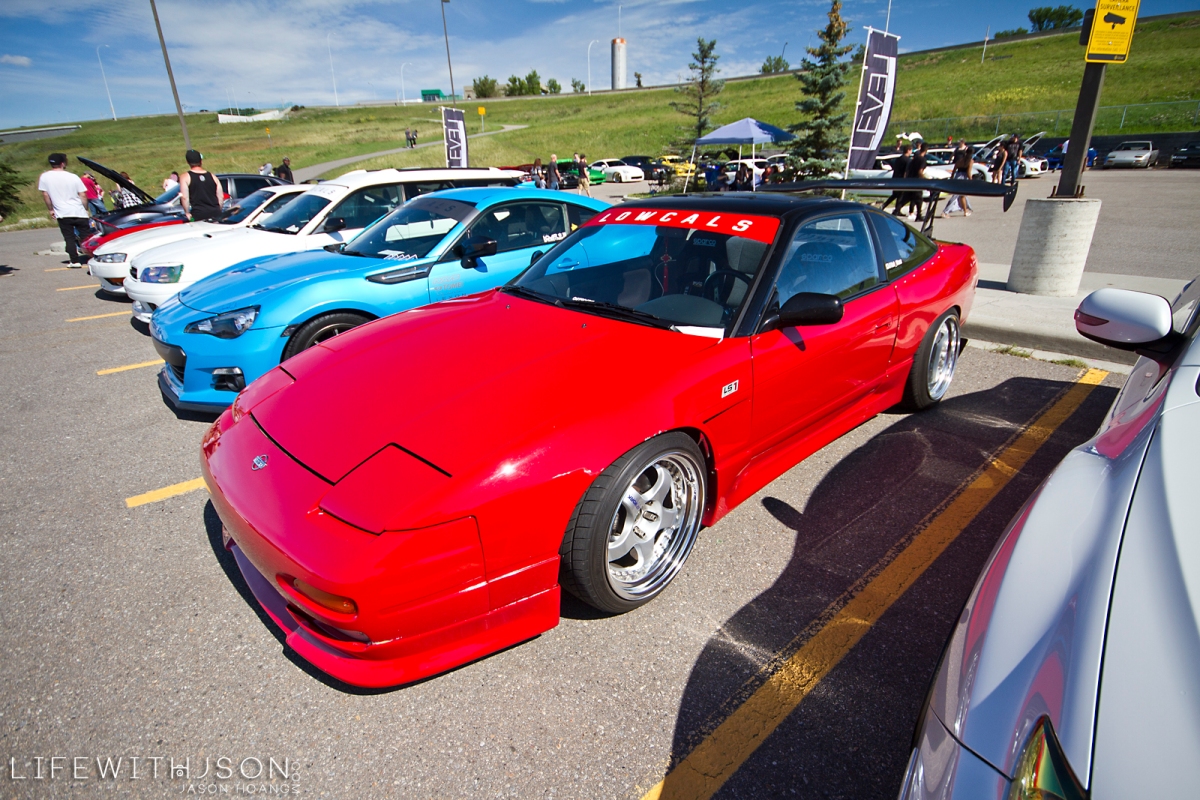 Not sure what was going on with this at all. Sideskirts were all warped – unless that was on purpose, the front splitter looked like it fell off. I’m not sure what to think… 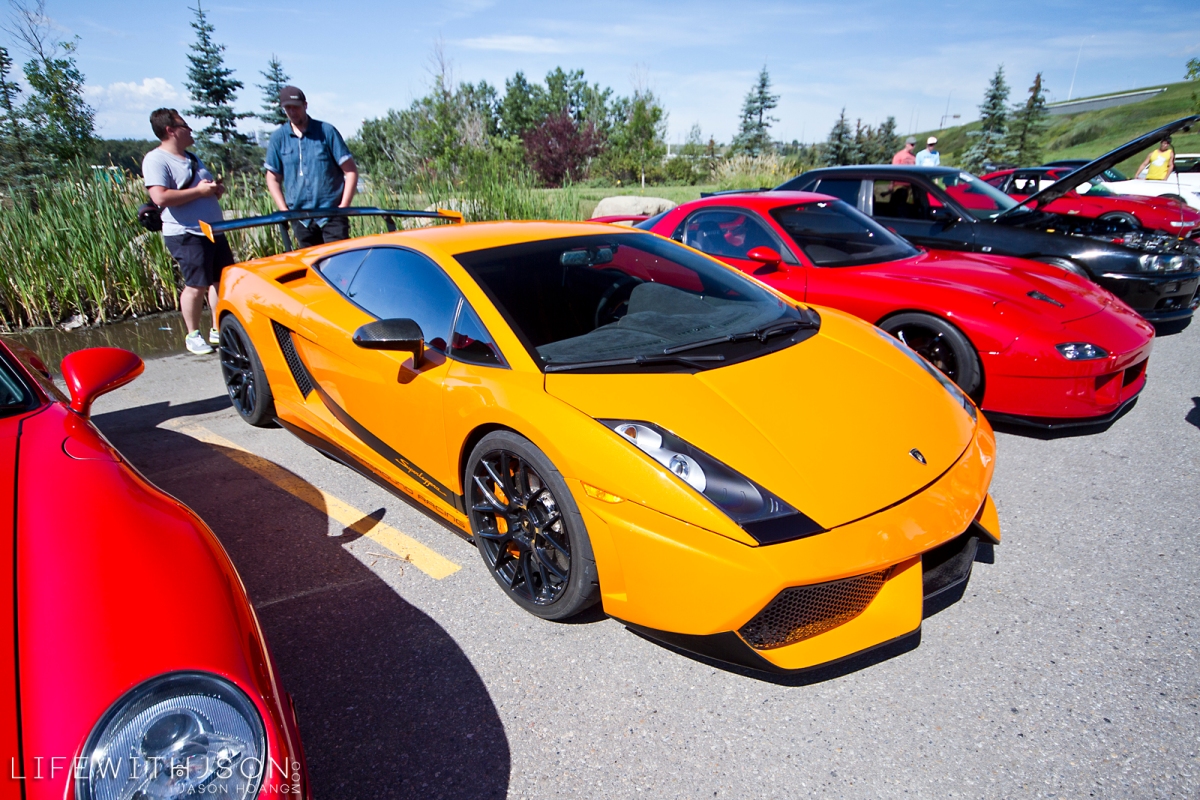 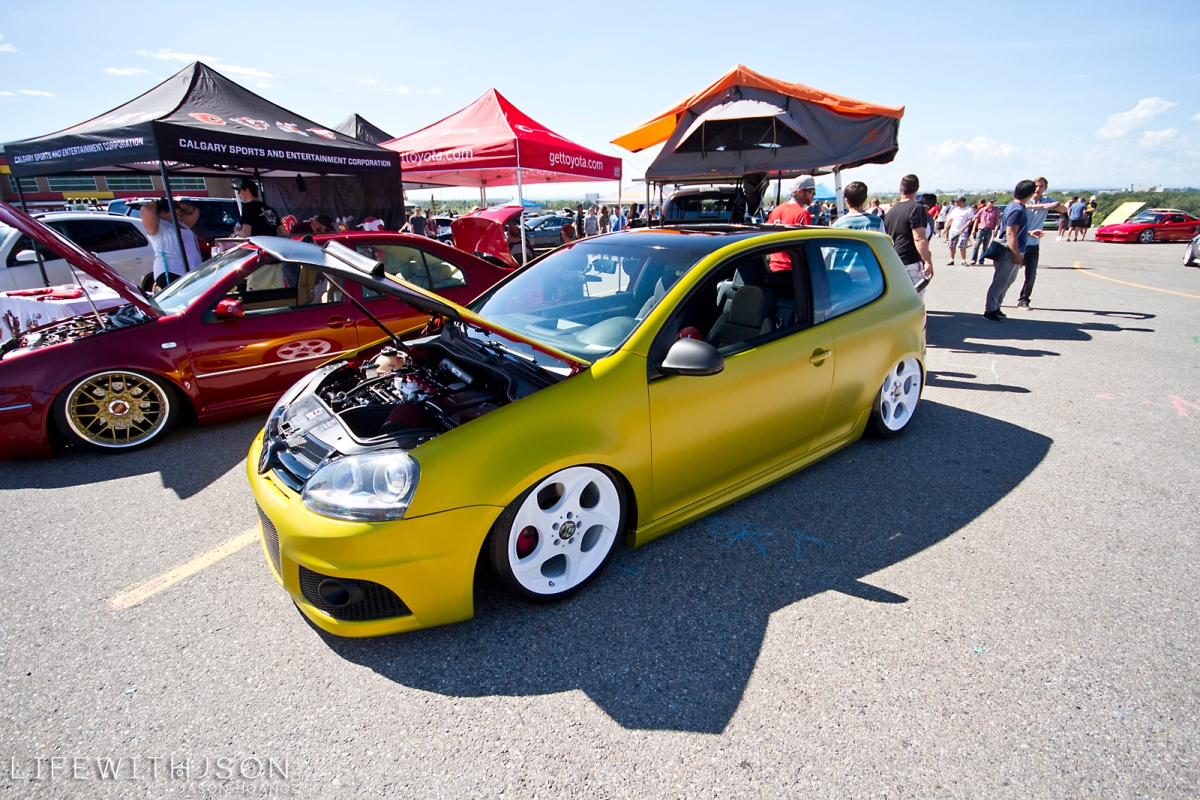 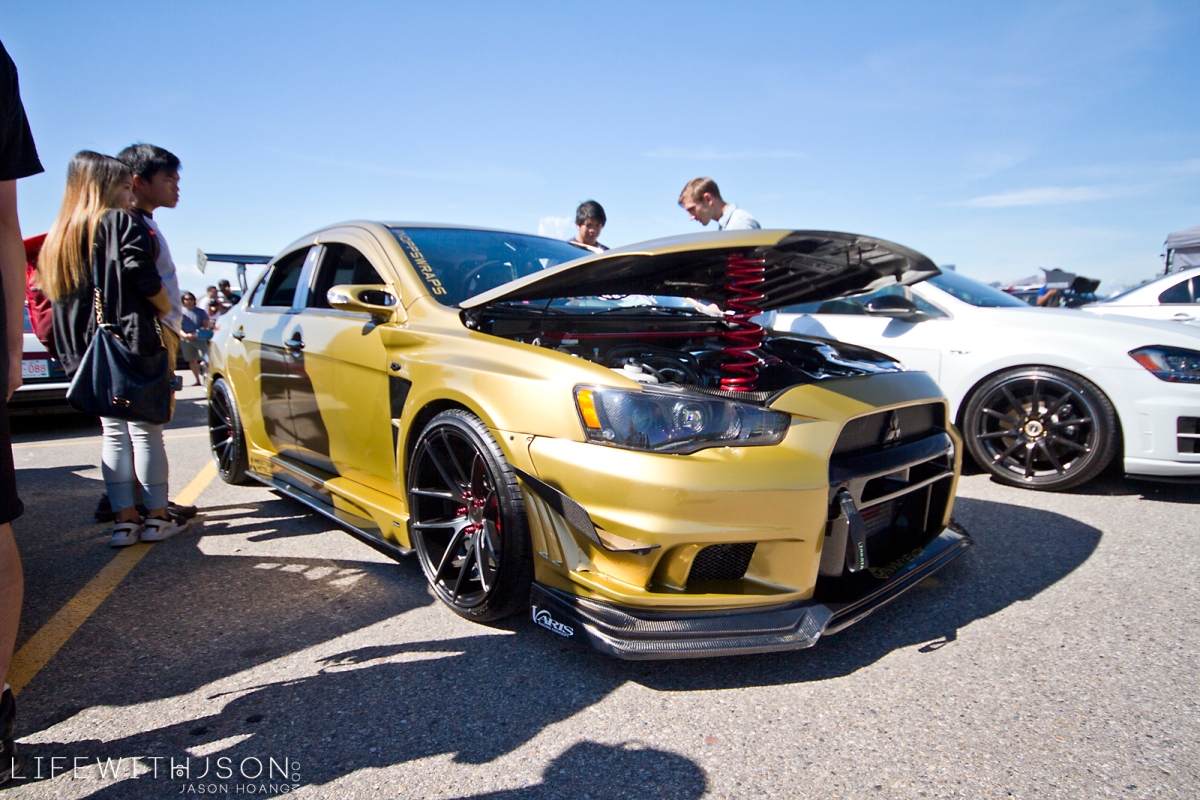 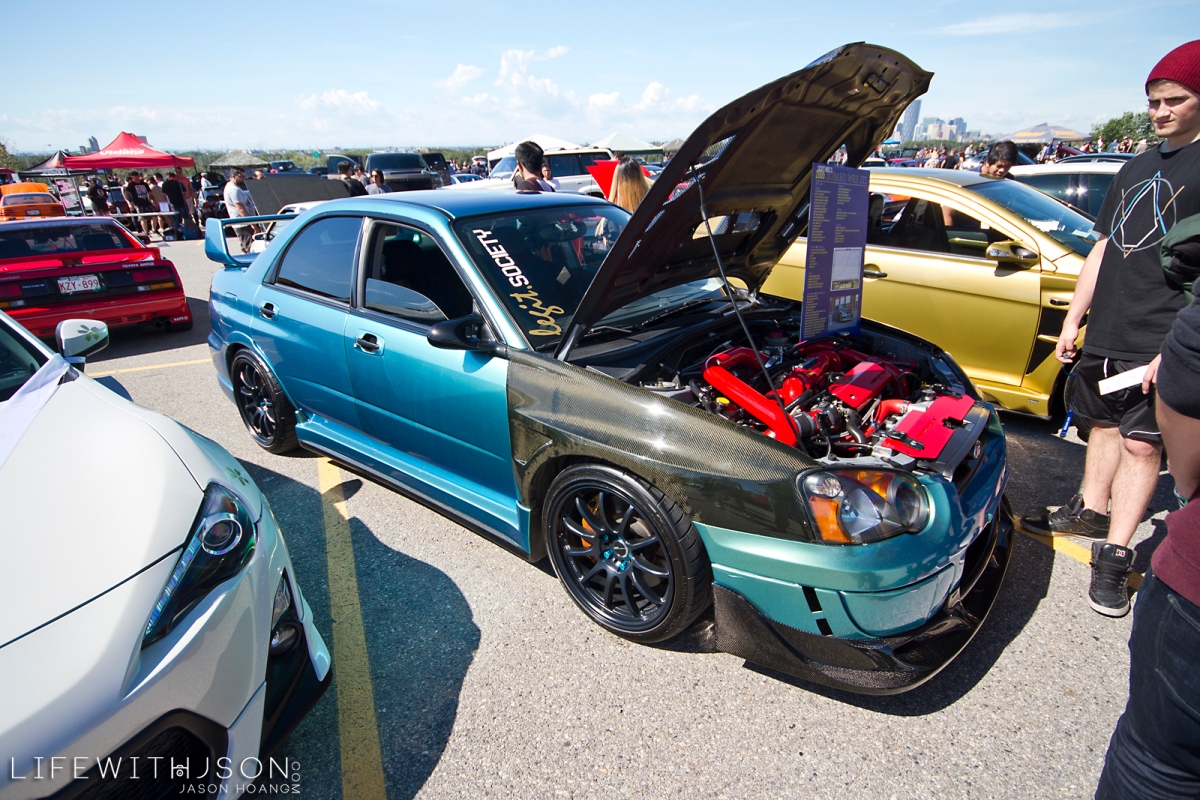 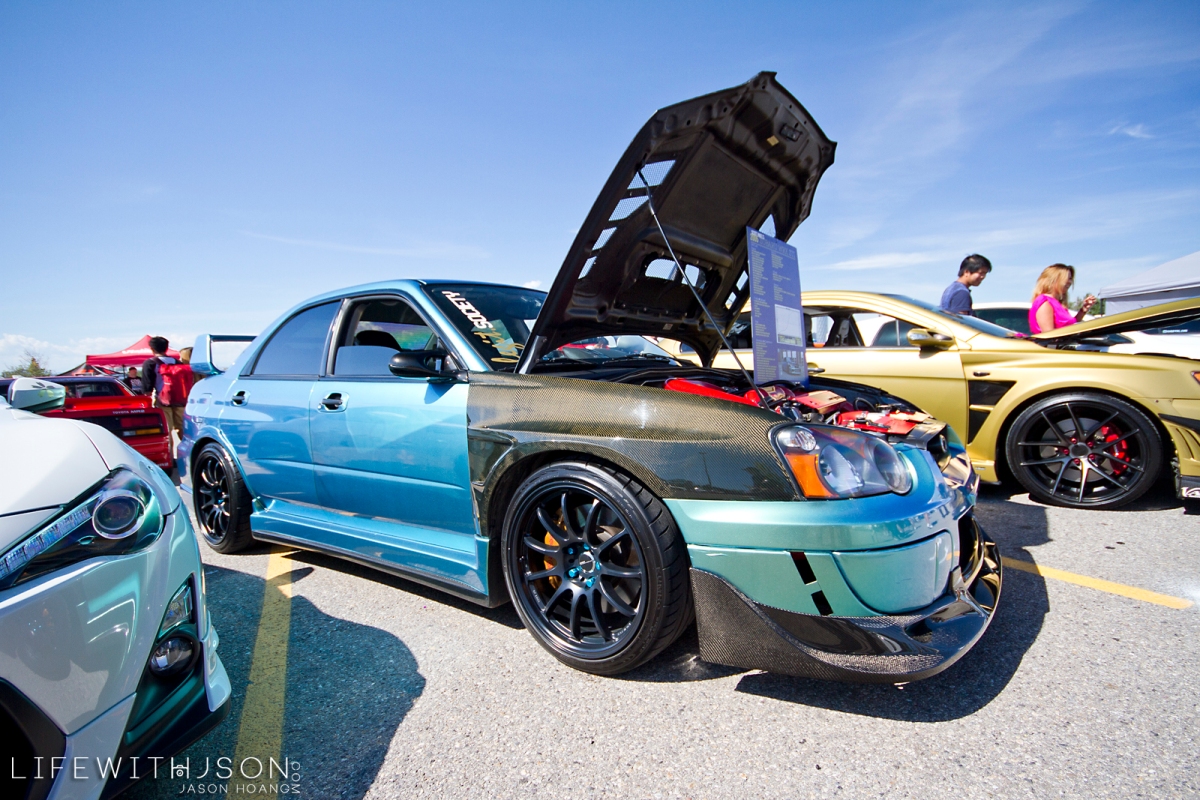 Peter’s FRS from Edmonton – had a “wedding” theme going on with the car – with “Bride” on the passenger door and “Groom” on the driver door. 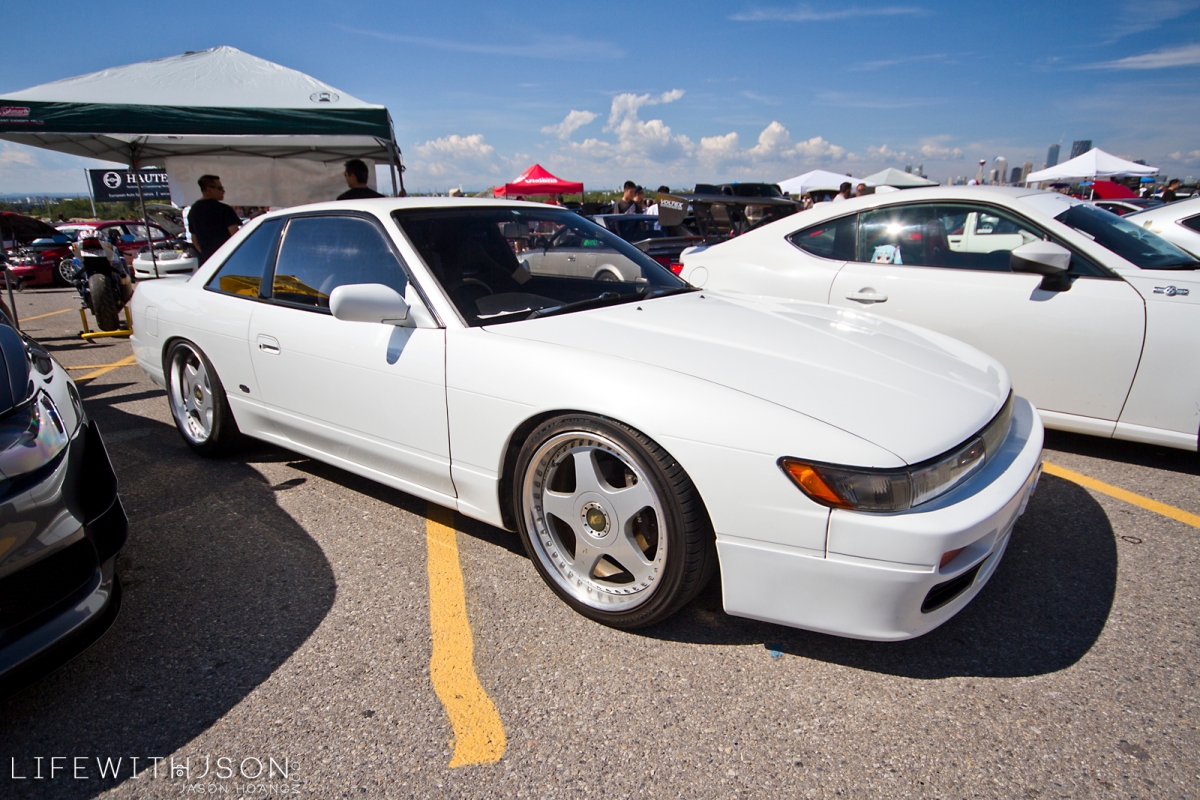 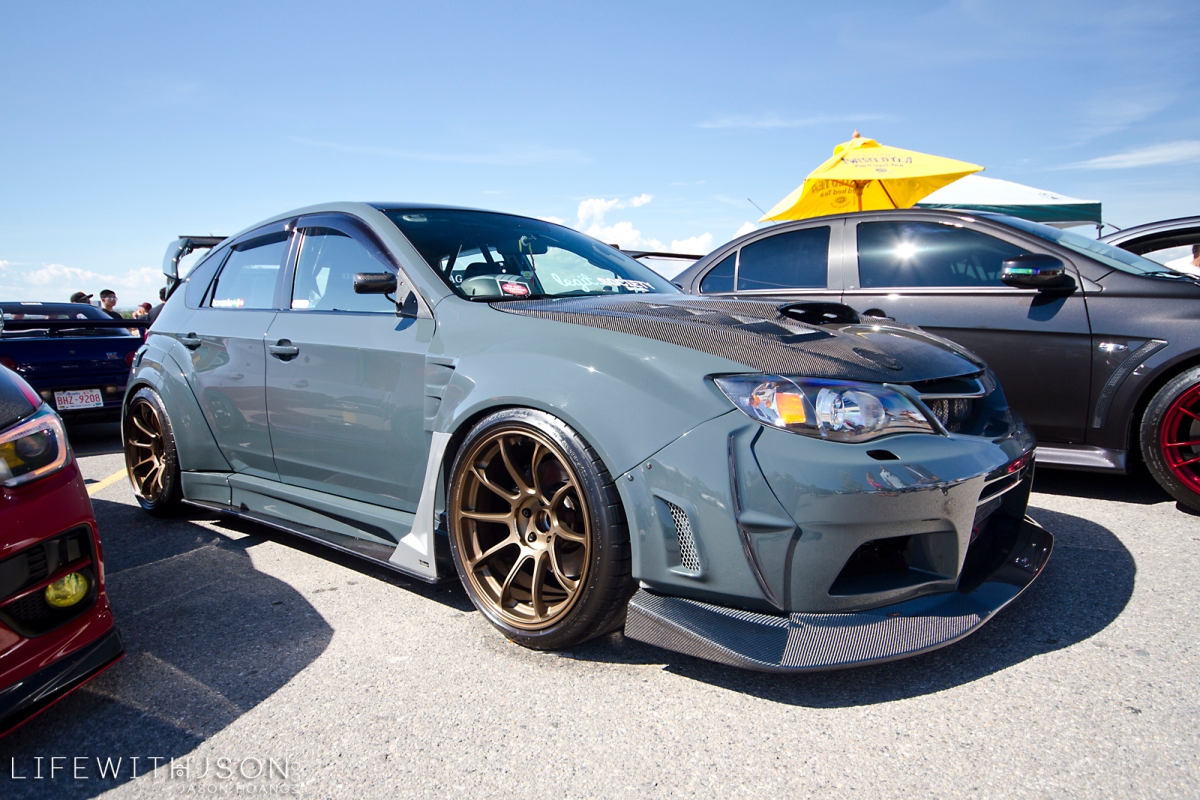 This was hands down my favourite car at the show. Perfectly executed – Varis wide body, aggressive ZE40’s and interior was  done up nicely. This deserves kudos – good job sir. 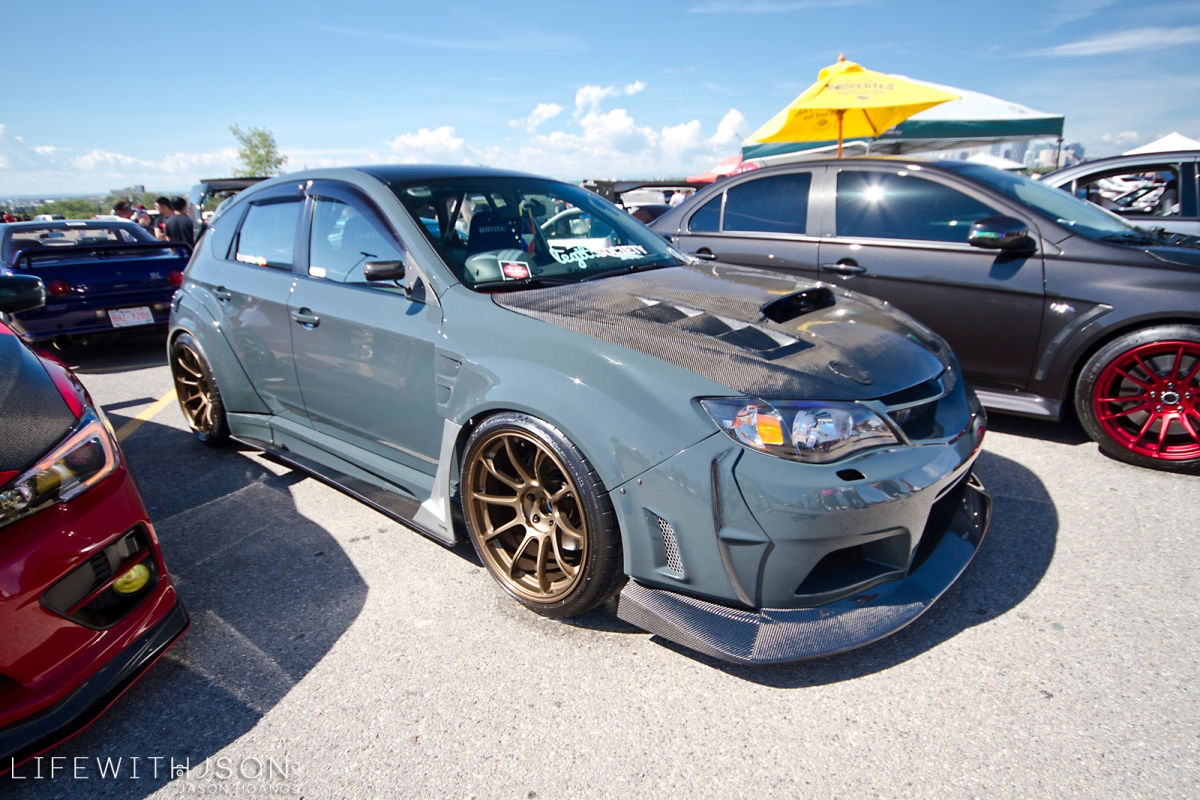 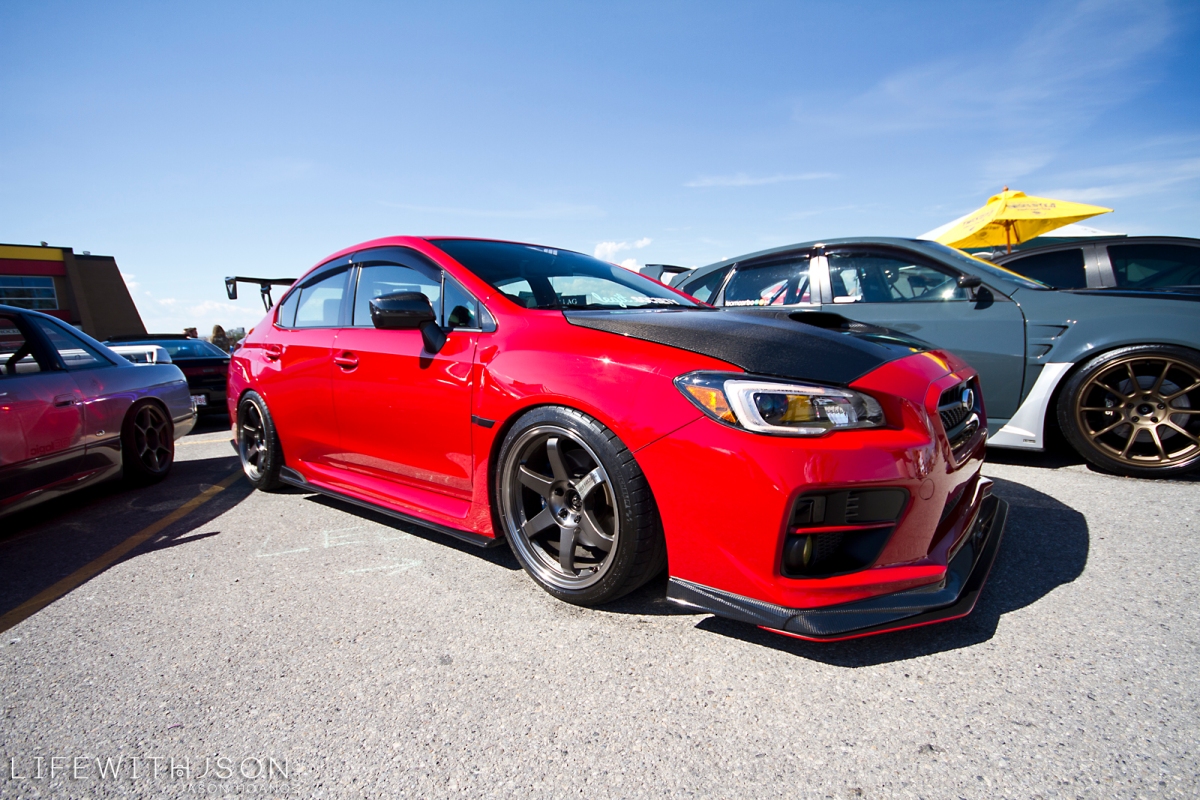 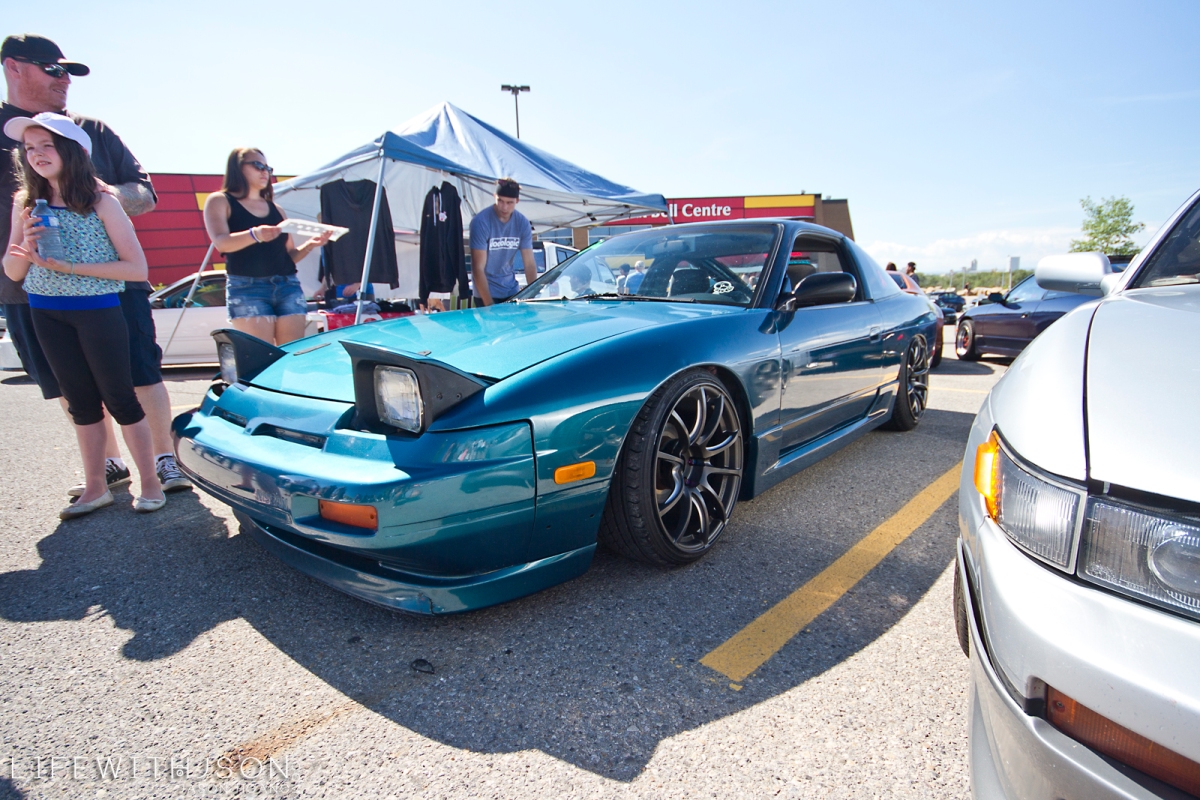 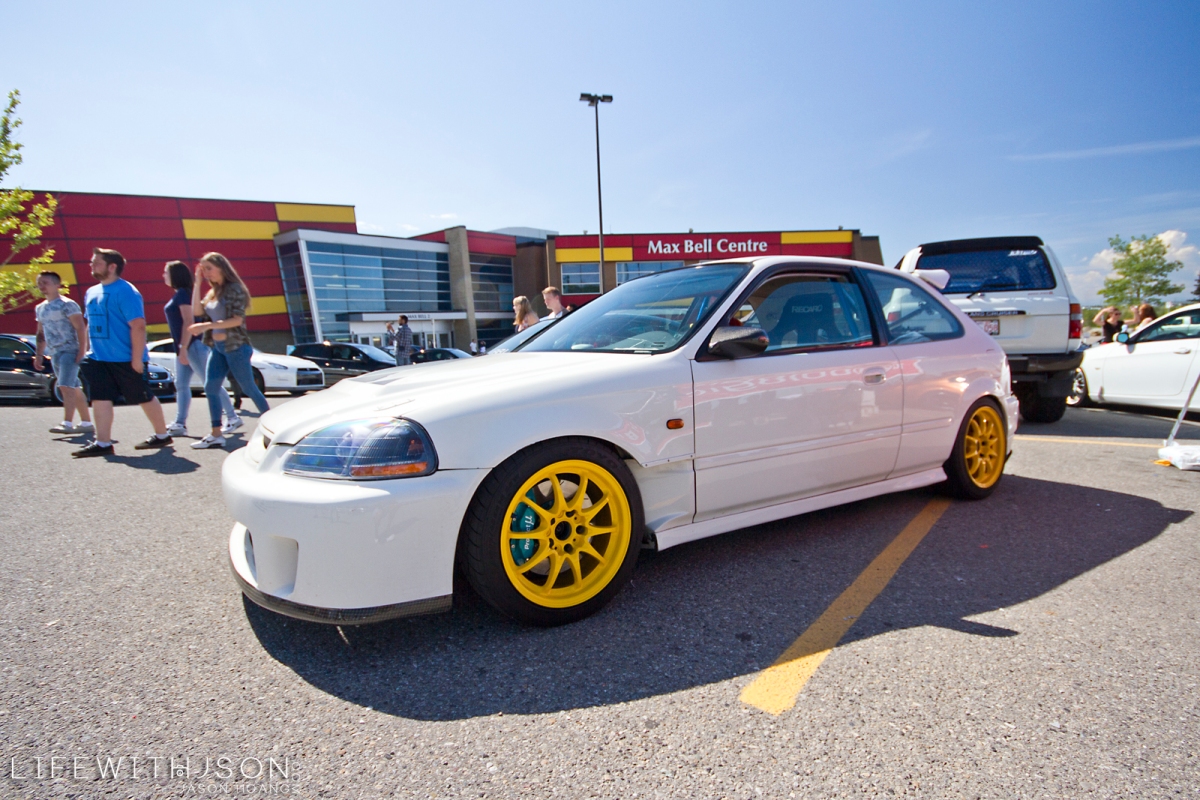 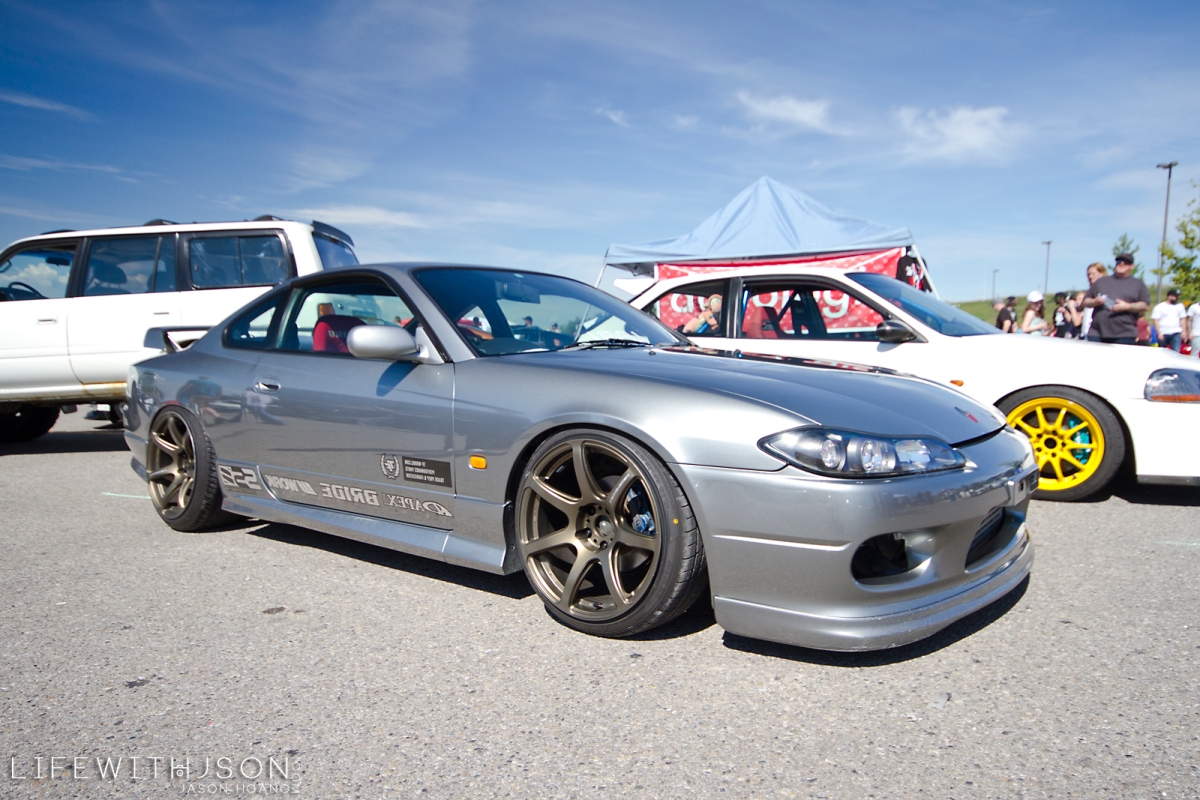 Ending it here with Eric’s S15. I think this is the best shot I took all day LOL.