Driven 2016 has come and gone. Another long day that seems to go by in an instant once you get home and relax from it all. The best thing of it all is just hanging with friends – talking cars, life, the usual good stuff. It’s been 8 years since I’ve had my car in Driven and 4 cars in total over that time span… Each year the show has gotten better – the level of cars has been increasing and it’s been a fun ride. I vividly remember my first year at Driven – starry-eyed and excited as hell. Don’t get me wrong, I still get a bit excited but far less starry-eyed.

I’m almost at the point now where I really just want to build the car for myself to enjoy, for myself to look at and post once in a while. The shows are fun but the hype wears out quick, the process wears out quick… At the end of the day, I just want to chill with friends and talk about our cars. I remember for my first show, Arif told me it gets old quick and I told him that there was no chance in hell. 8 years later, here I am uttering those very words he told me on my blog – who would’ve thought?!

Anyway – let’s get through these photos. I took over 500, I’ve edited about 1/4 of them and I got a whole bunch of other stuff to do at the same time. Pray that I can find some time over this next week to complete them all and get them posted. I hate posting them late because it ends up just being old news… So please bare with me – I promise I’ll get them all up by the end of the week. If you repost – please keep the watermark and don’t crop it out and make the picture look all shitty.

The usual LifewithJson disclaimer: If you or someone is standing in front of your car too long, no dice on a picture unless it’s totally worth my time.

I didn’t necessarily walk around in any specific order – I found that I had a real bad case of ADD yesterday. I would start in one spot and then wander off into another booth, so if you’re looking for your car and you don’t see it, chances are it will come up. If you don’t see it at all, then chances are the disclaimer above came into play.

PS: If anyone happened to take some cool shots of my car, please send it my way! I’d love to see it and I’ll post it up here and link you! Thanks!

The first pic of the day – Punit’s GS450h with the newly colored AME’s. 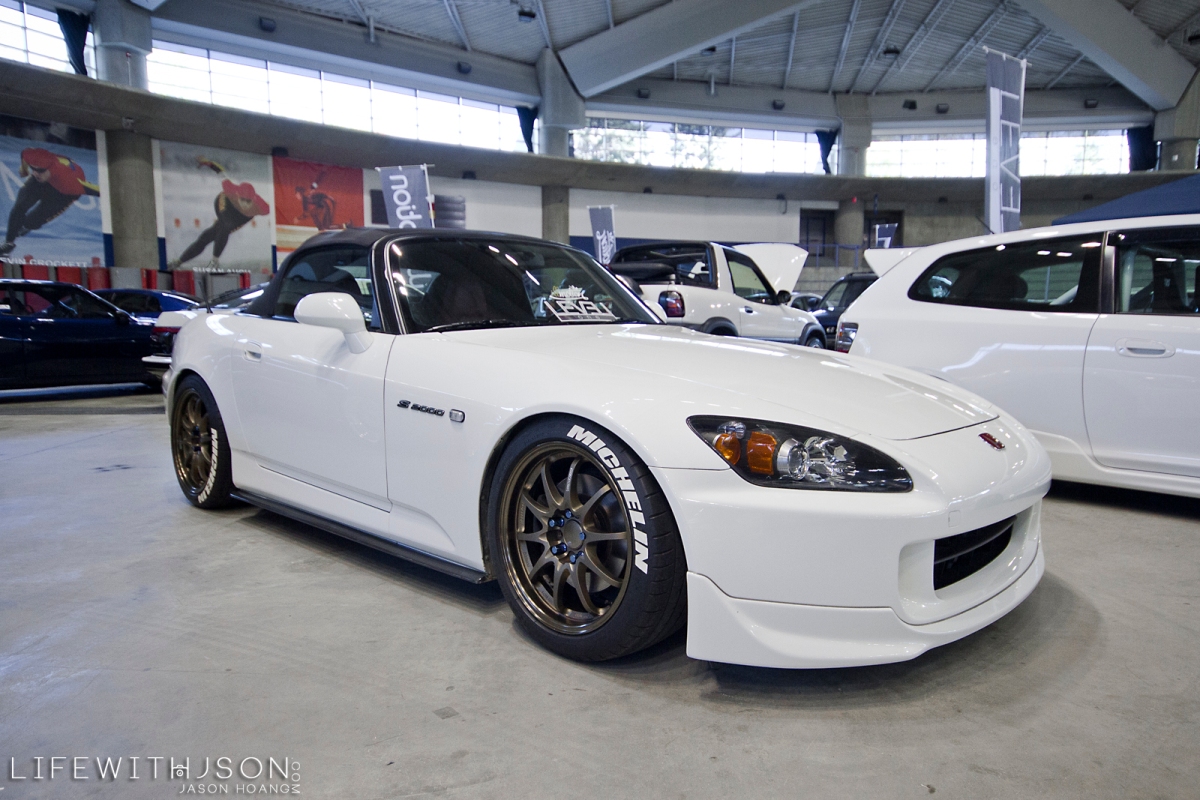 Alex’s Integra – just amazing as ever. 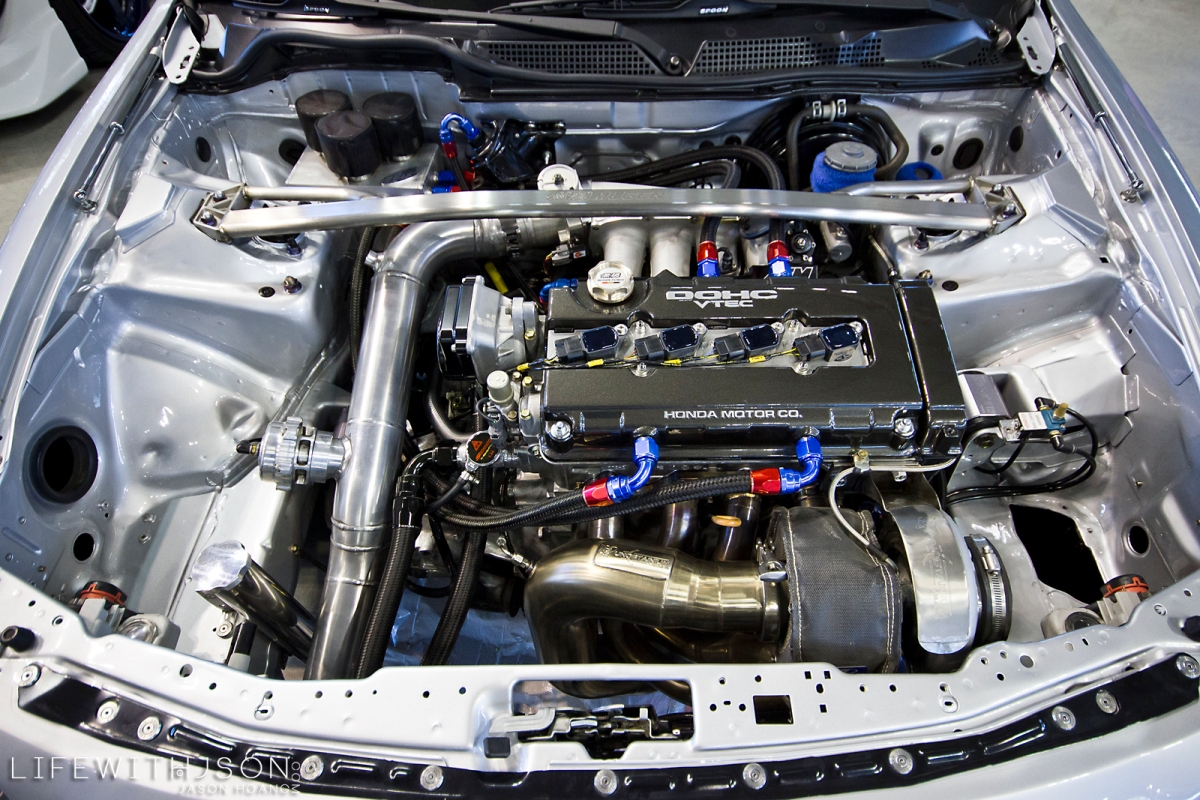 A shot of the engine bay. Lots to look at in here… Mugen, Unobtanium Welding… 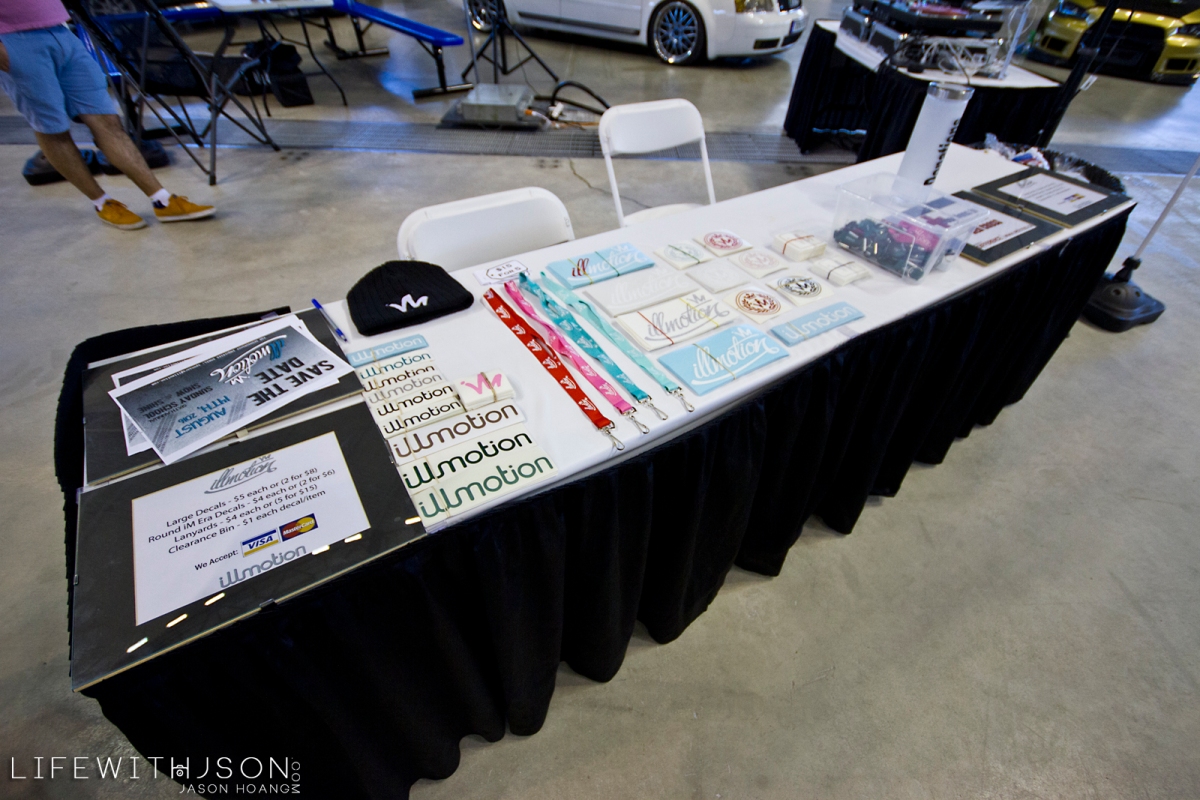 The illmotion table setup once again… 100% of the proceeds yesterday went to Red Cross.

Josh’s slammed A4 on Meisters. God, I love the look of this thing. 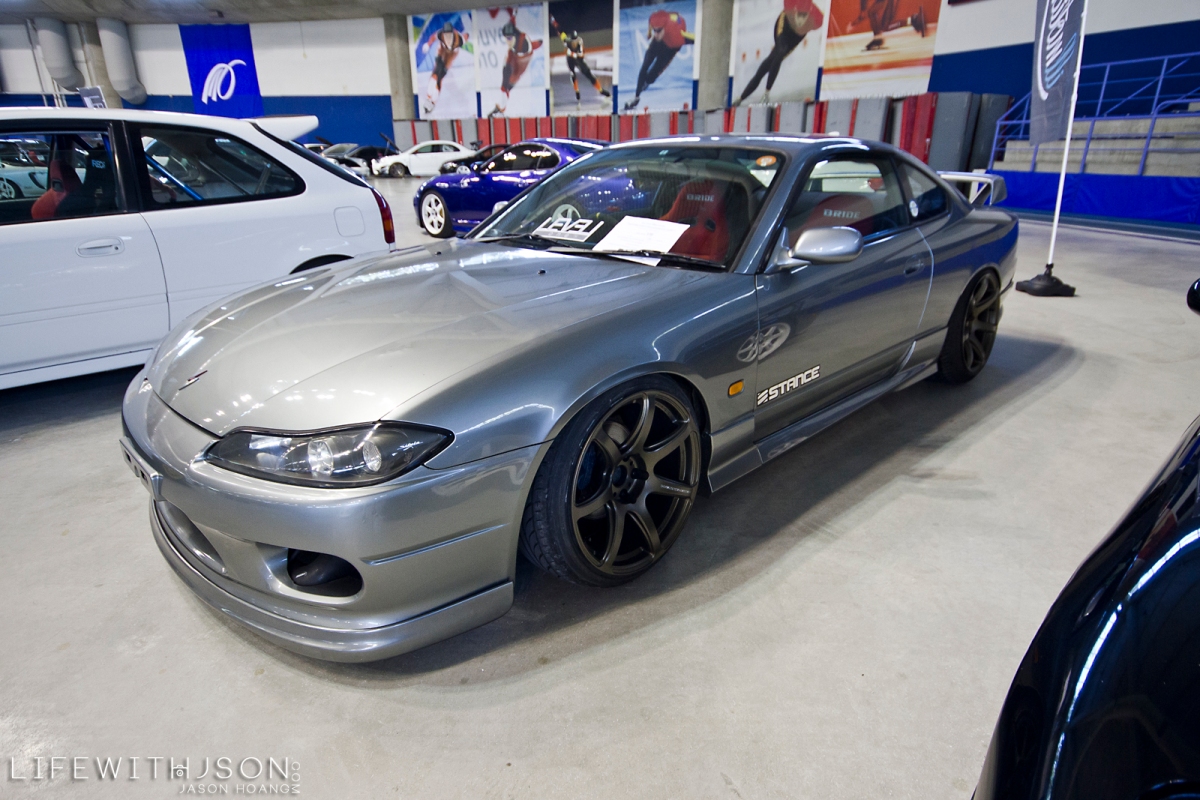 One more down low…

This looks like I compressed it but I didn’t. So bad ass. 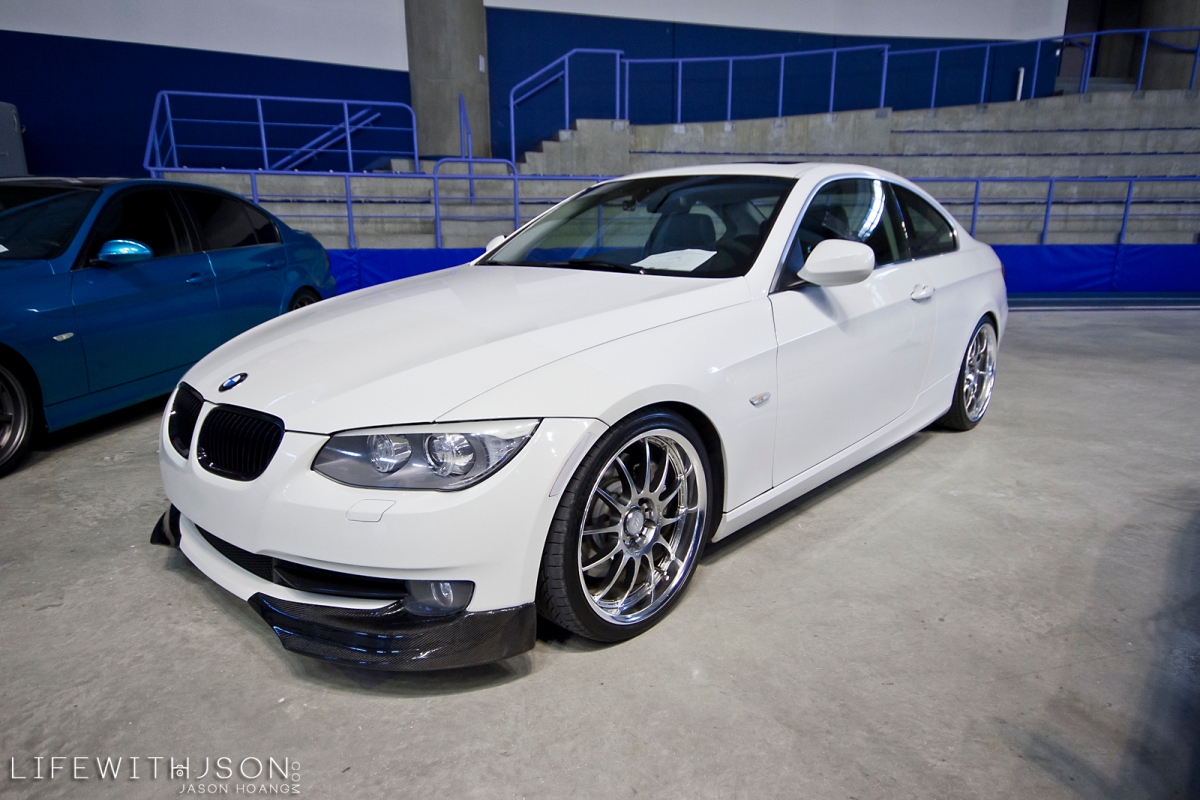 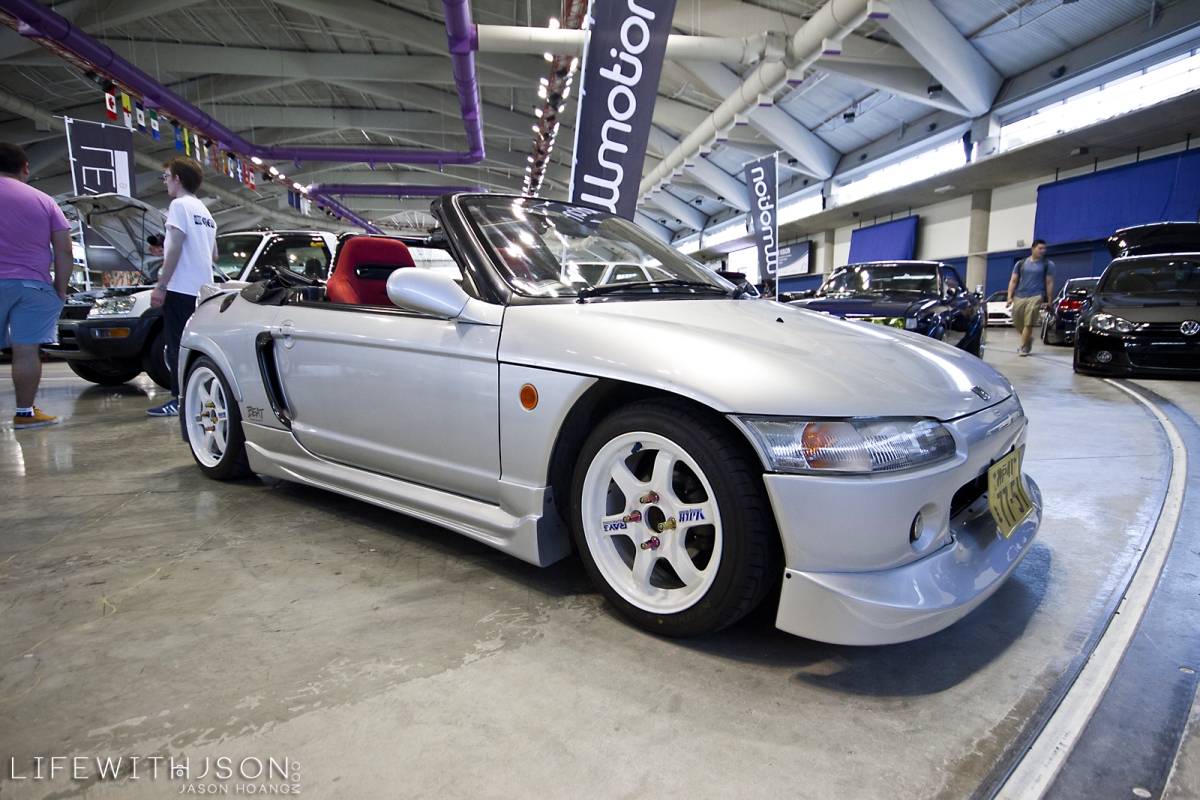 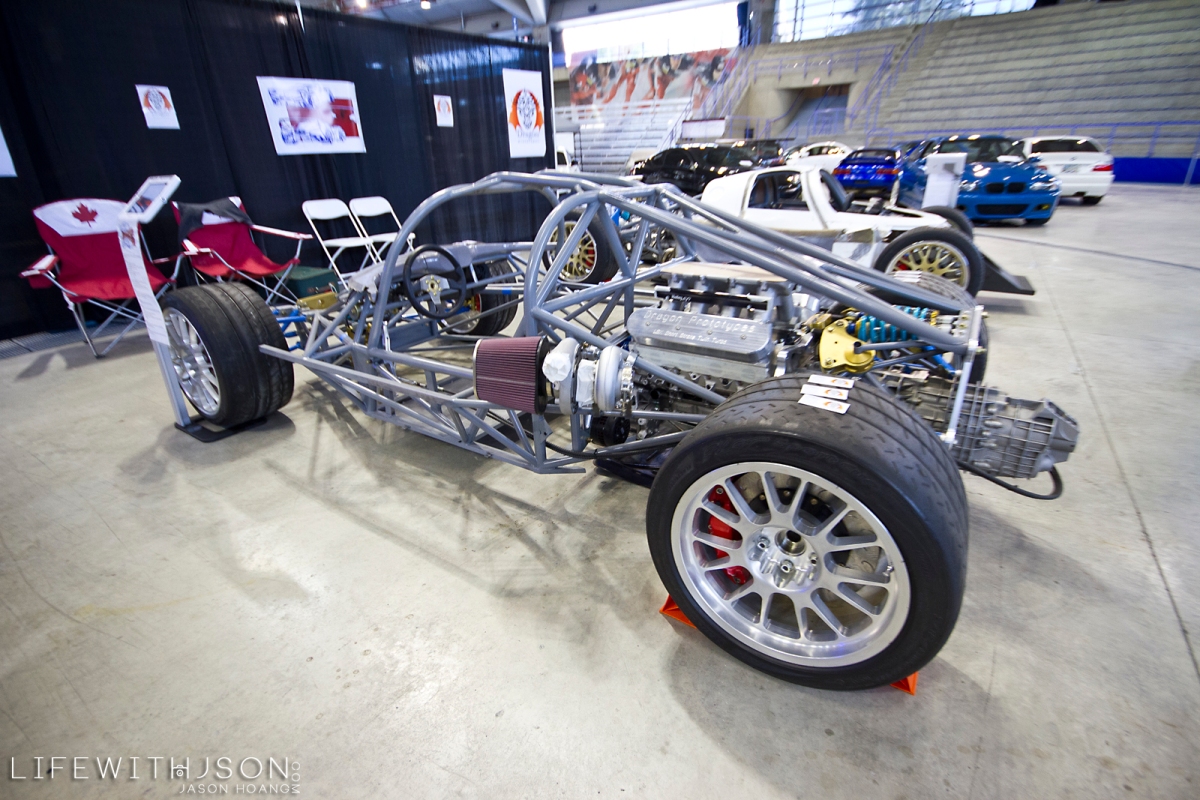 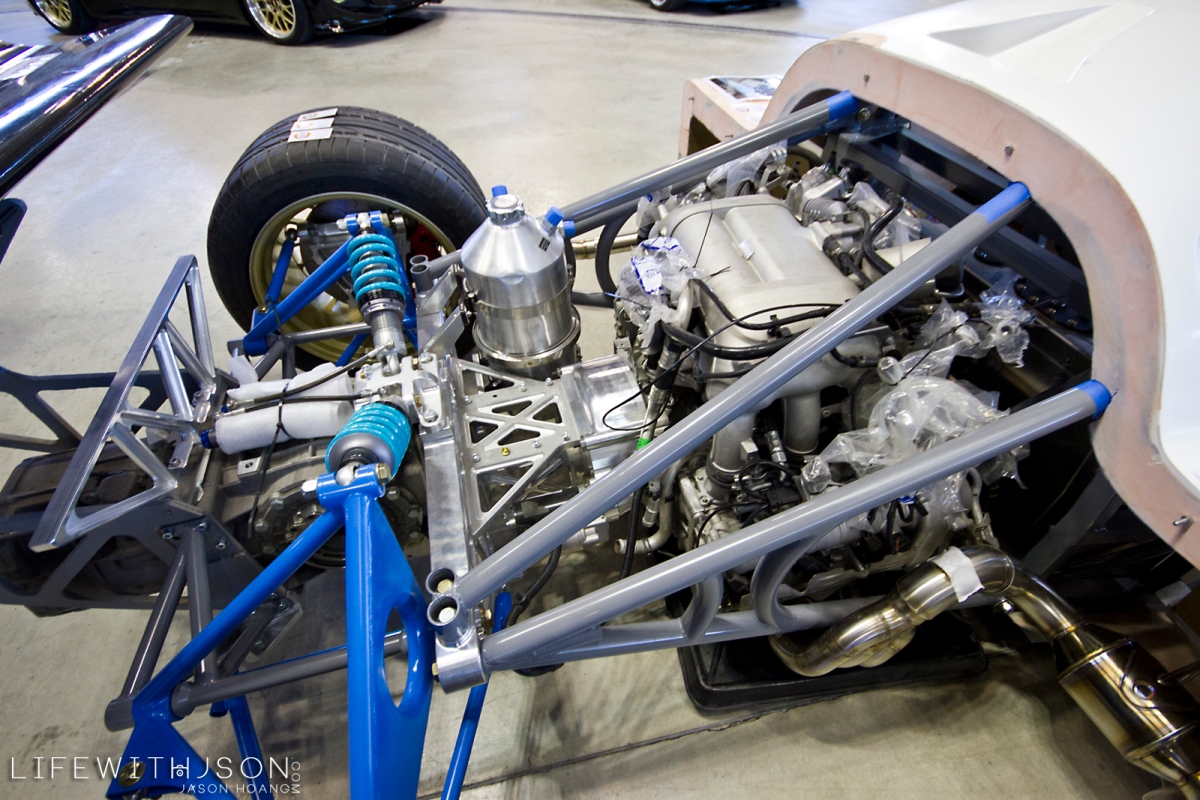 One shot I got of the Lambo before they decided to block it all off for some reason. Later in the day, literally all the owners were standing behind the barrier, repping beside their cars, all on their cellphones. I wish I took a picture – what a joke. It’s a car show, not a zoo for us to watch behind bars.

Michael’s extremely clean RX-7. Still one of my favourite.

Michael’s engine bay – titanium, carbon fiber… What more could you ask for? 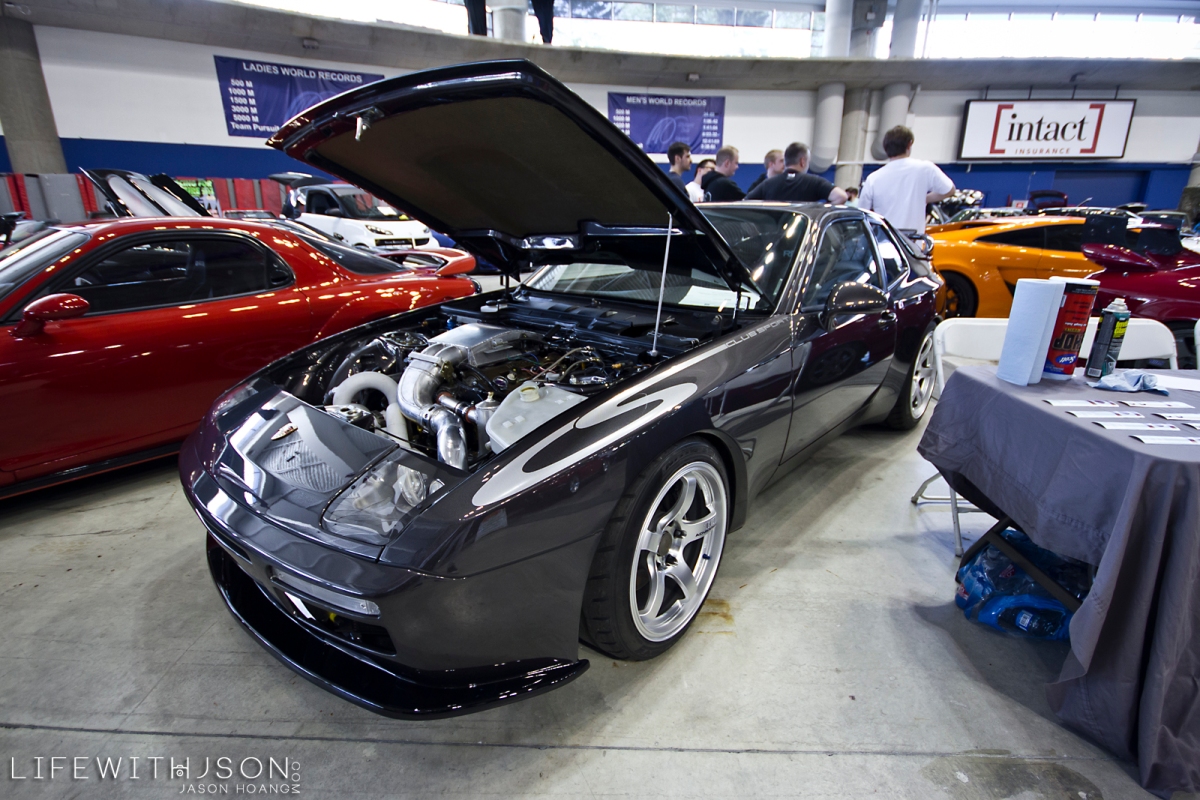 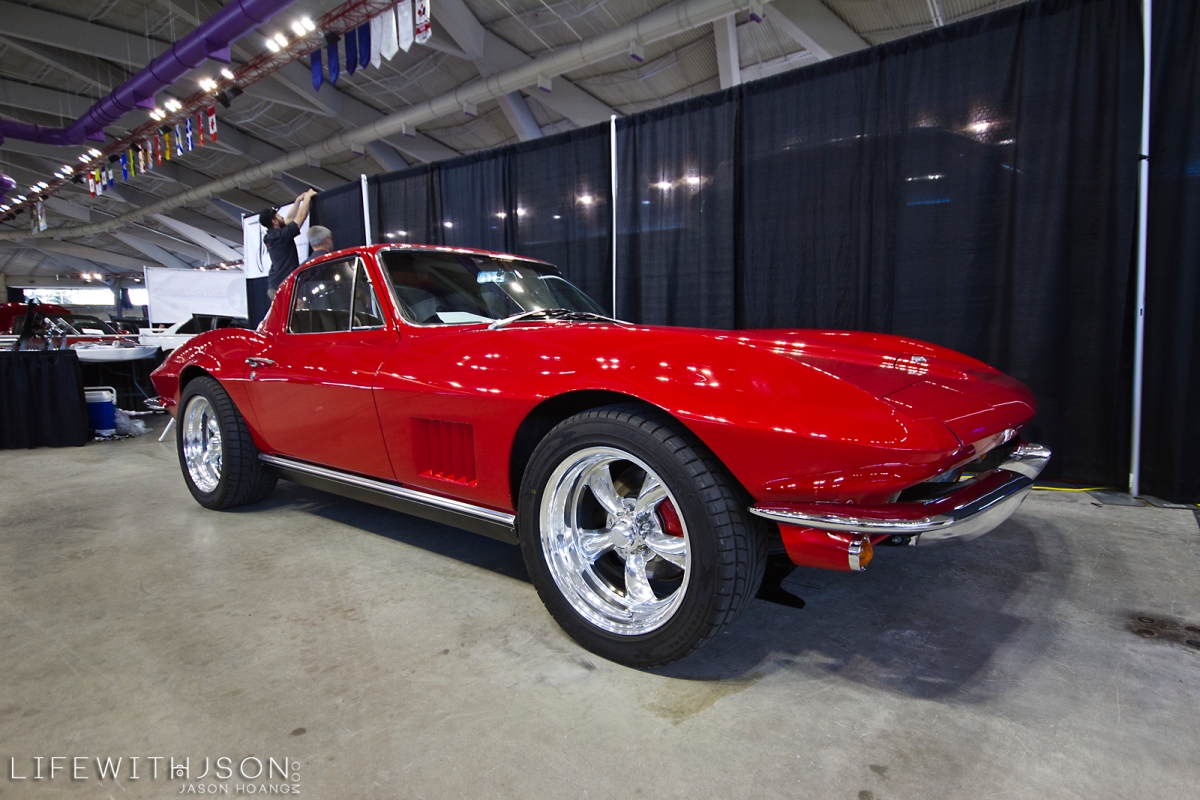 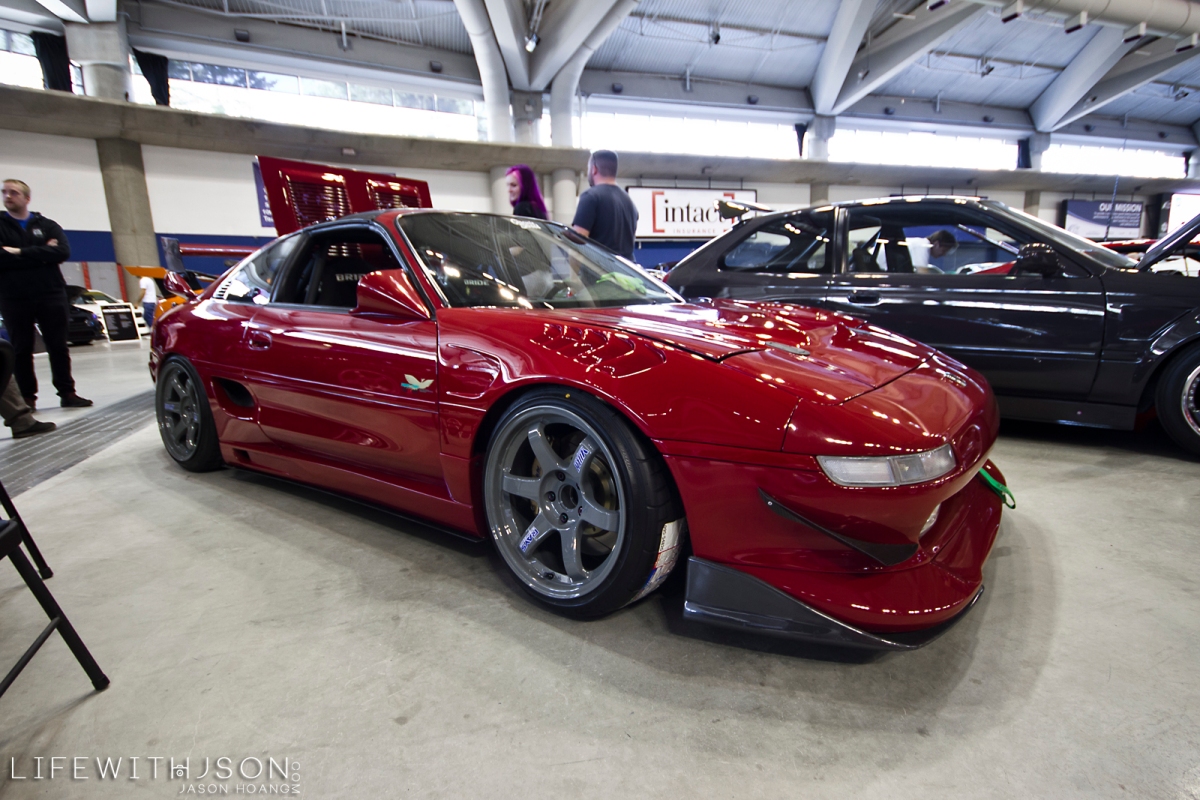 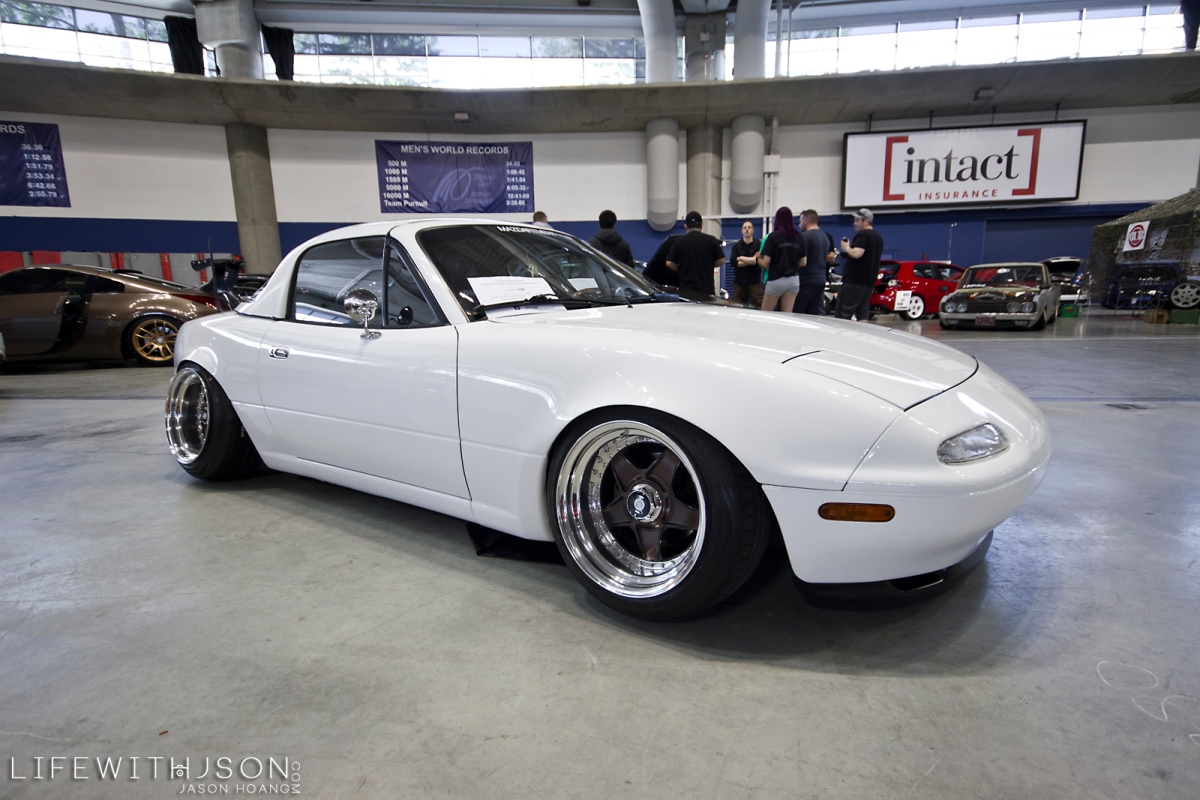 Was digging the color of wrap on this… Not usually a fan of wraps, but I liked this.

I always liked that shade of purple.

PRO TIP: Don’t put mod list signs up right in front of your car if you also want pictures. Put it at the back or something. After two cars with these signs, I was over it and didn’t even try. Worst pictures… 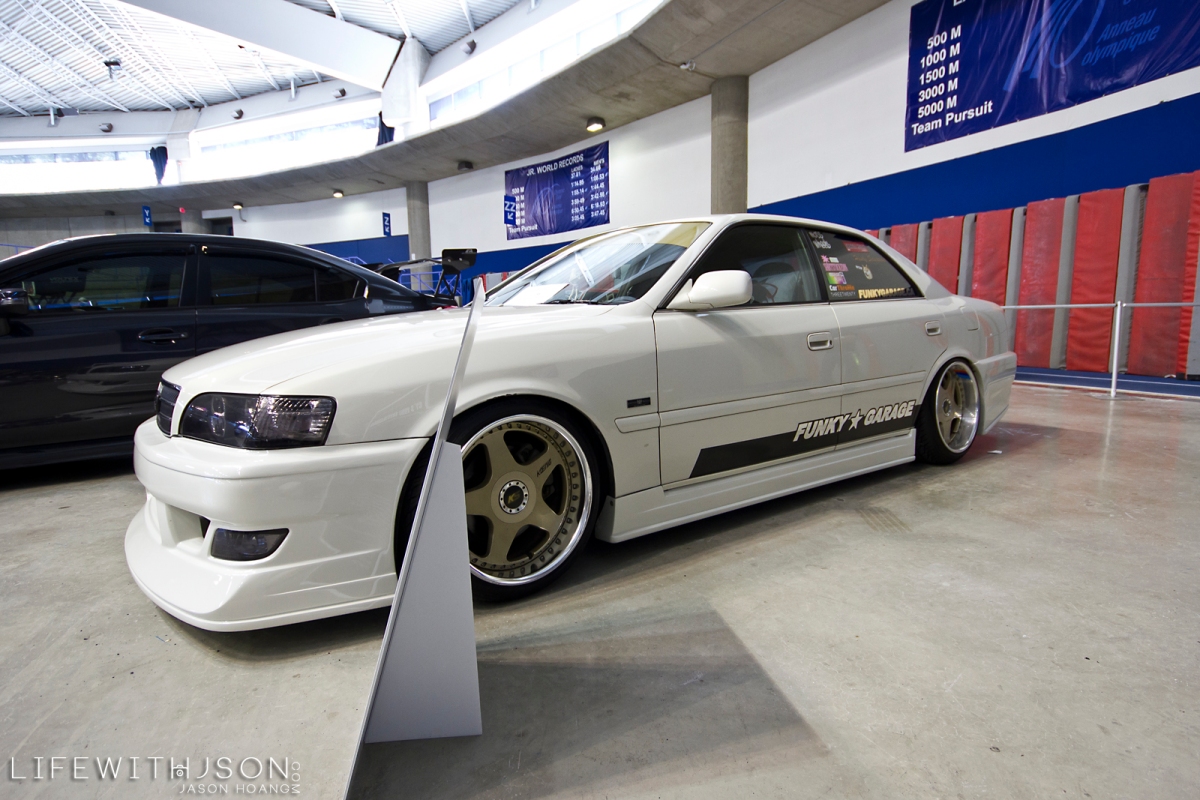 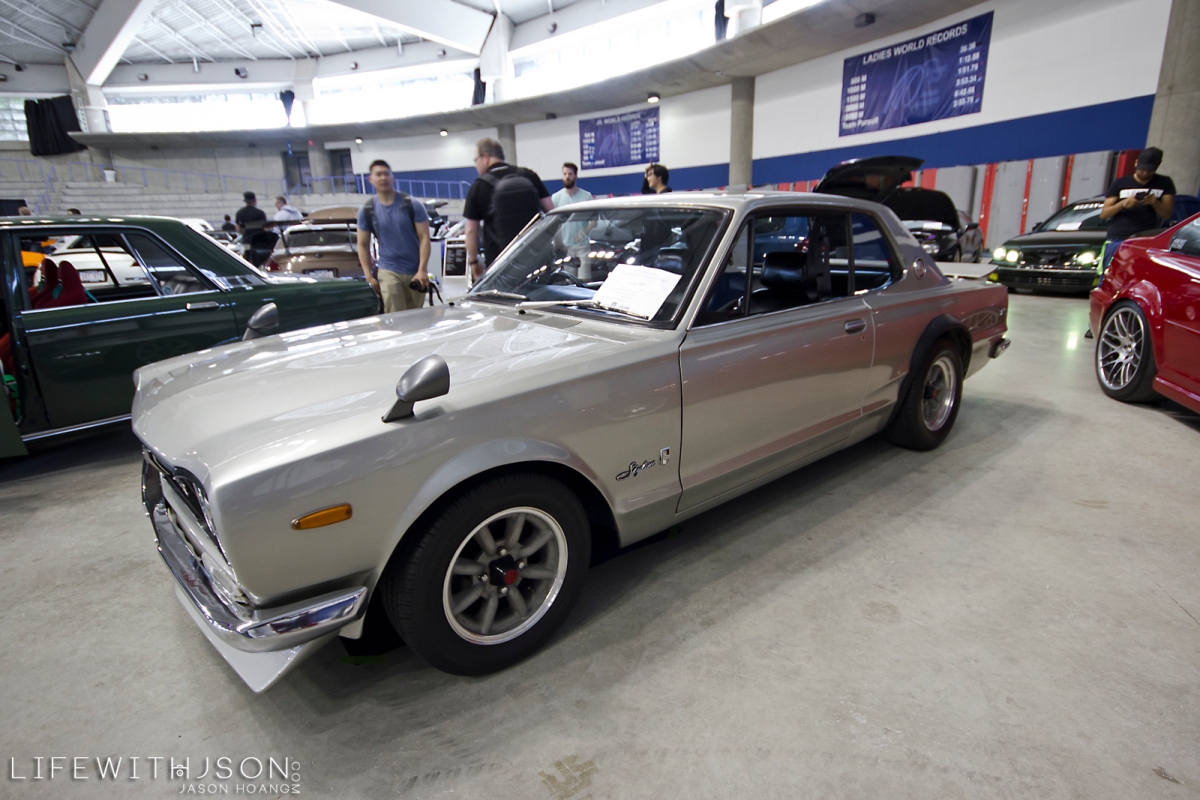 Loved this Skyline. So so good! 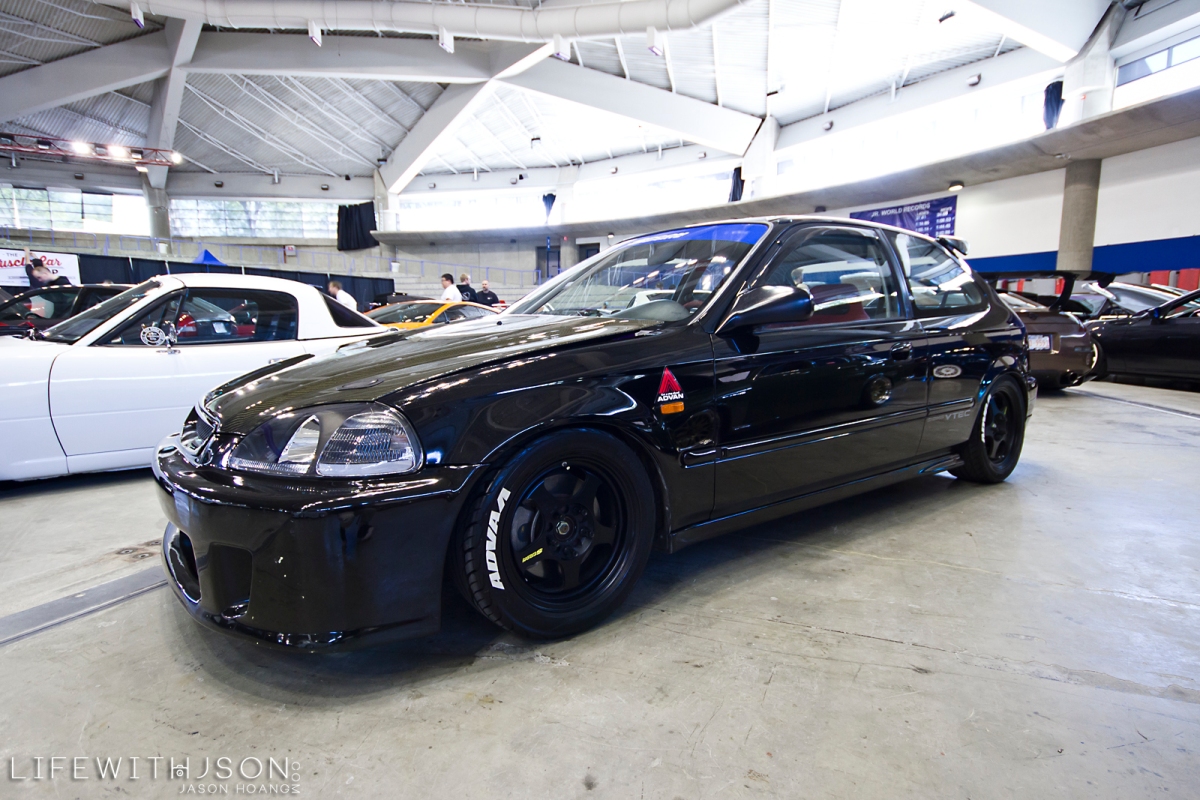