That title was actually courtesy of JC. I couldn’t come up with a good one and he’s usually pretty good with stuff like that, so I leave it to him. Instead of the usual loading docks and cityscape backdrops, we made the trek out to where we could get some nice greenery.

Anyway – this will be the official kick off post of 2016. We’re finally all cruising around together, the weather is nice, and it’s just a bunch of good times again. I haven’t really made myself available to do many photoshoots yet – it’s not really on my agenda right now. I just want to drive and hang out – taking photos and editing them take longer than one might think!

Last night a few of us decided to go out and grab some Ice Cream and hang since it was April 1st and reached +20C – which is unheard of – so we took advantage of it. We also met up with Alicia and Eric – two sick VW owners. Alicia is also a photographer that JC introduced me to and we agreed to shoot each others cars. I honestly haven’t had a proper photoshoot other than the one Mike and Jesse did of my LS460L. Other than that, I’ve always been responsible for my own photoshoots and I’m particularly picky with who shoots my car. Everyone and their mom is a photographer these days because they own an SLR but no one knows how to use one – there is a difference. When I took a look at Alicia’s shots, I actually got pretty excited for the upcoming shoot. Fast forward to this afternoon and we got ‘er done…

Starting off at Village Ice cream – I just took a few quick snaps of our cars parked. Above is Rich’s S6. 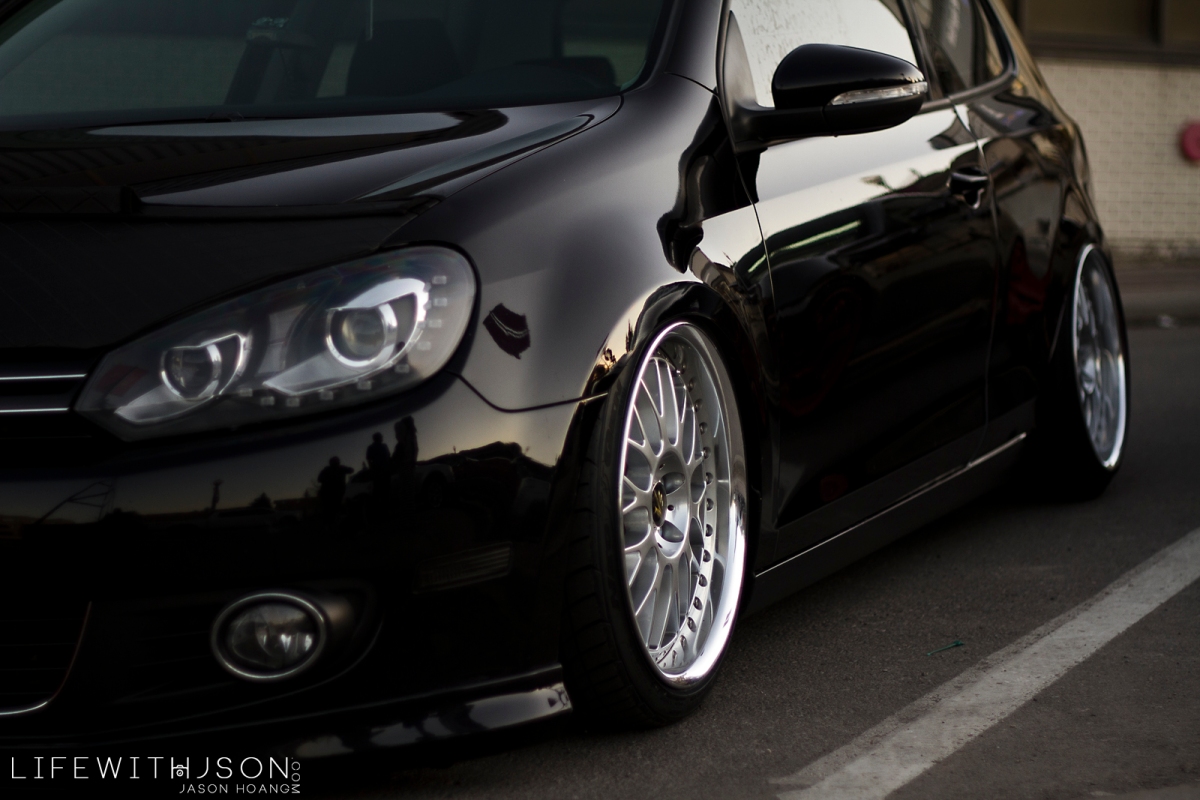 Merlin – Rich’s dog in case you didn’t know. Getting huge!

Ok ok – forward to this afternoon. While Alicia shot my car, I shot hers. It was nice to shoot alongside a fellow photographer. It’s almost inspiring at the same time – it’s almost like sharing the creative energy. The locations this afternoon were perfect.

JC was in charge of moving the cars for us!

Head on. So clean! 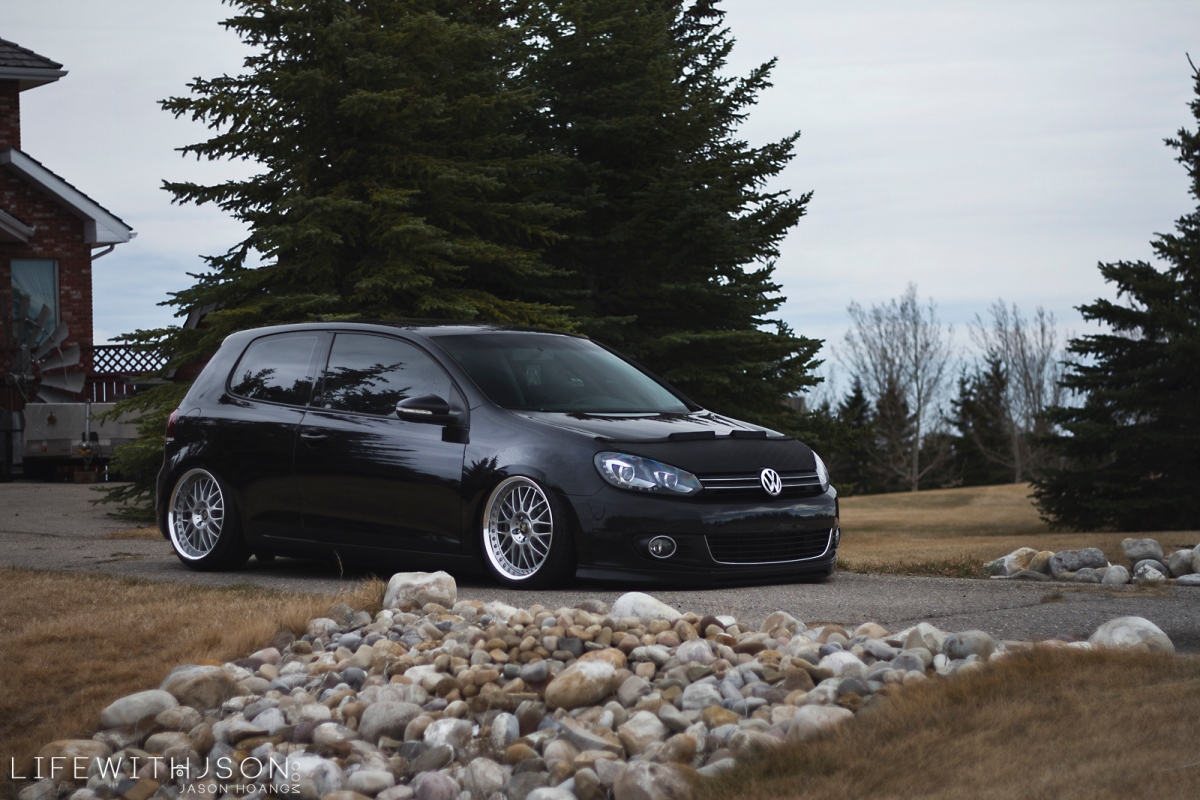 There’s just something about a Golf in a nature setting.

Over on the other side, Alicia doing her thing.

The awesome scenery JC scouted for us included the mountains in the distance. Awesome view.

JC getting ready to move the FRS

He couldn’t hold his inner ricer down and he took it for a rip.

Great fitment all around. 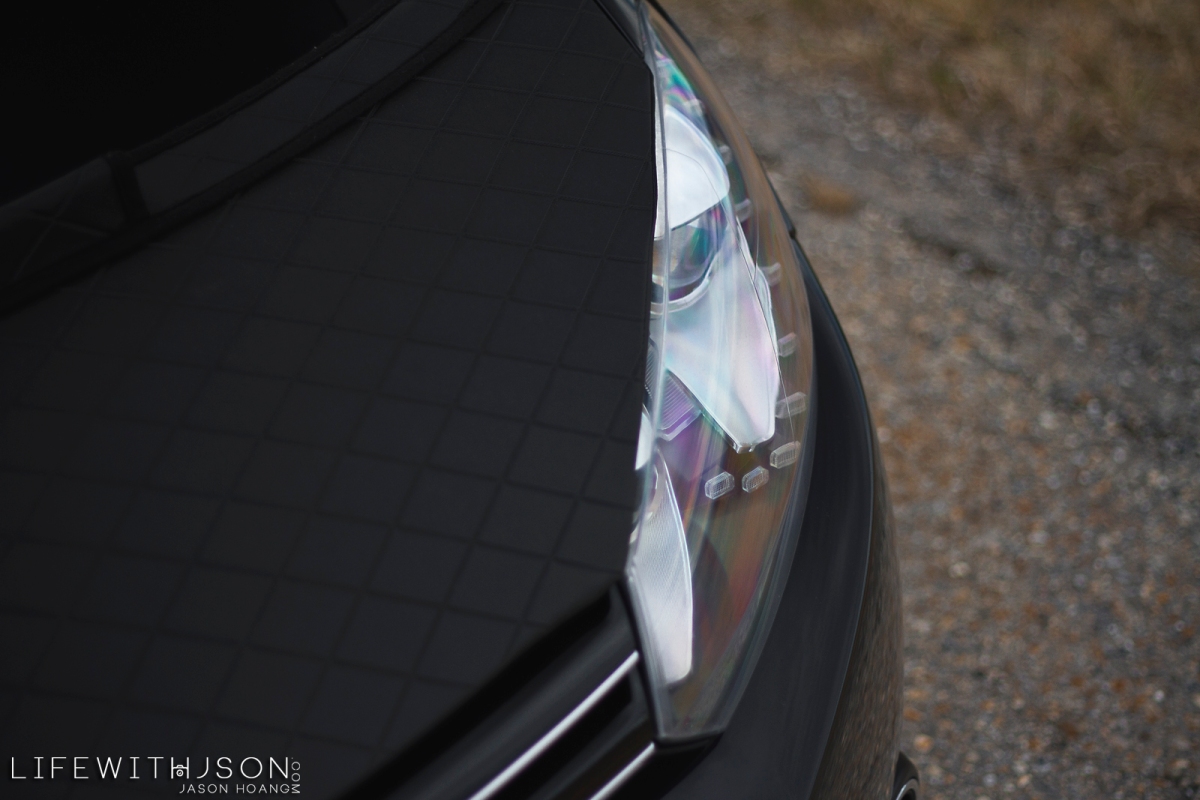 I was particularly fond of the diamond patterned leather bra. Added a nice touch.

Alicia also let me borrow her 85mm F1.2L which was AMAZING to shoot with. If you know what lens that is, you’ll agree as well. It’s a good portrait lens, but it also serves well as a detail lens and certain still shots of cars.

Another shot with the Calgary skyline in the back. The lighting was perfect this afternoon – just a slight overcast. Black cars shine best in this type of lighting.

One last one to end this. I’ll edit the rest of the photos I managed to capture of my own car and post later. I didn’t want to clog this post up when it’s really supposed to focus on Alicia’s car. I think I have a few more, but I couldn’t wait to get these up!

One thought on “The Nature of Things with Jason Hoang”