I’m pretty behind on posts… To be honest, I completely forgot that I had taken pictures on Friday of some of my time at Jackie’s shop and then of JC’s grill install (hence the title of this post – courtesy of Diana lol).

It was about time that I had my oil change, so I stopped by Jackie’s to get ‘er done and took some snaps while I was there. Haven’t really taken pics so I’m a little rusty lol.

Jackie’s crazy track build. He acquired this bumper about a week ago – a custom, one-off bumper made from a Subaru bumper. The build quality of it is pretty legit and it looks absolutely crazy in person. It literally sticks out a good 15″ if not more. Not sure how he’s going to get up ramps LOL 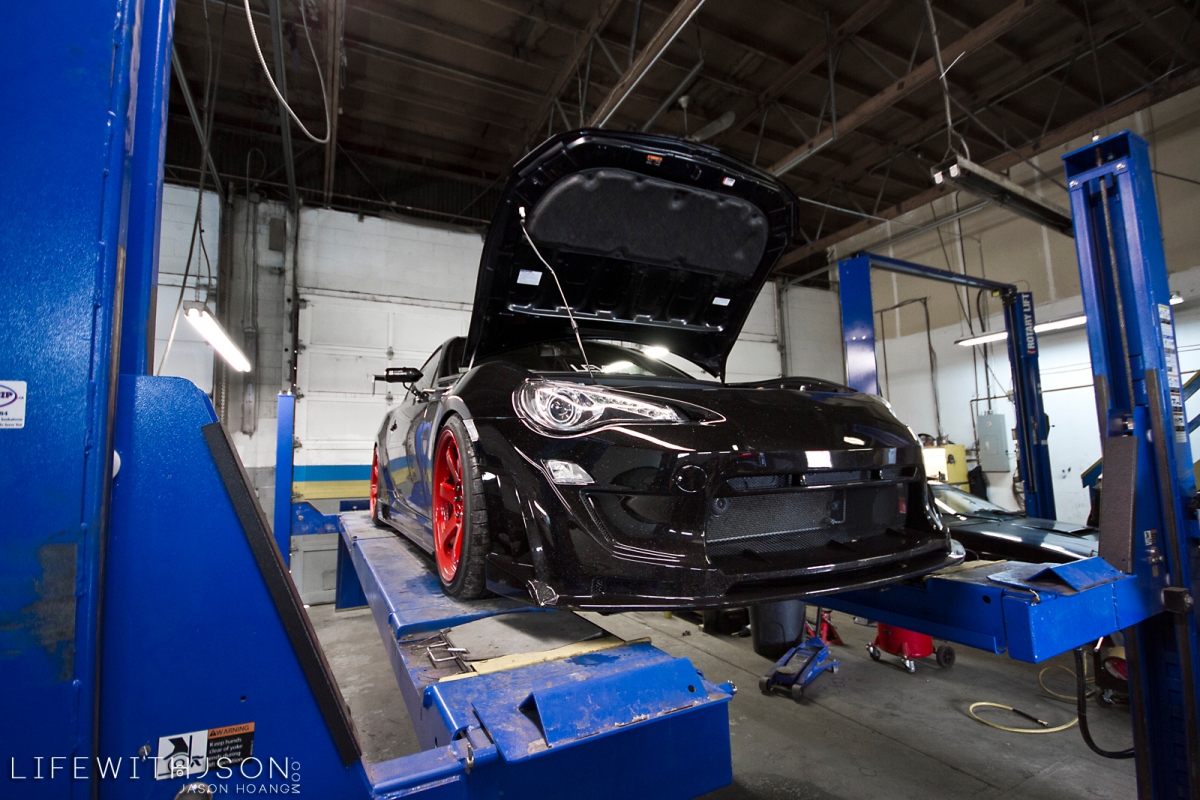 On the other side… The car going up

Kinda liked this shot… The red and black worked way better than I had imagined. Glad I kept it red.

Some other detail shots of Jackie’s bumper.

The carbon is pretty good and well put together.

The canards molded nicely around the bumper. Very sturdy construction. Kudos to whoever made this. It’s super nice.

From the rear quarter of the bumper. Mad downforce.

Now some artsy photos while I waited…

Upstairs is Jackie’s previous set up for the ITR – a C-West bumper with Top1 canards.

Next up we got back to my place and tackled JC’s new grill install. Stock shot here. 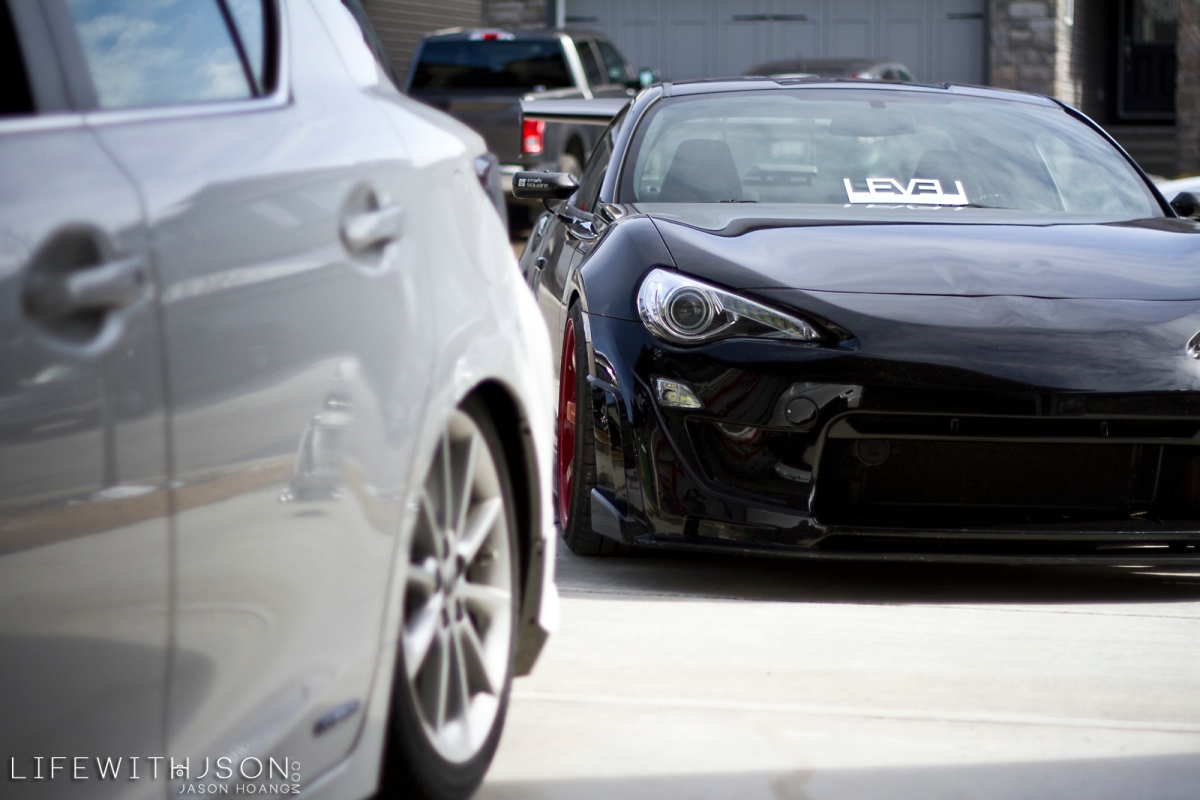 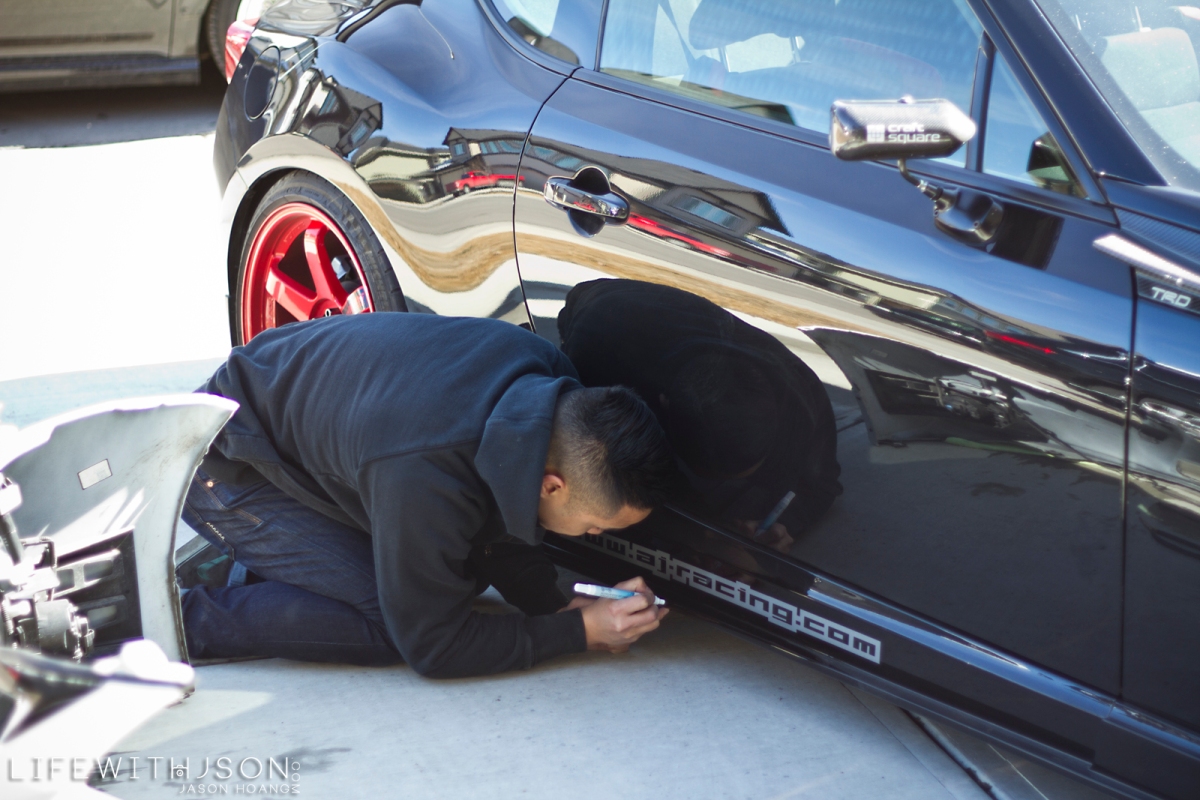 Touching up some paint on the sideskirt. Shot courtesy of Punit lol

These locking star washers were probably the hardest part of the whole job. There’s no real way to actually remove it without ruining the tabs on the emblem. Gopesh managed to get them off pretty quickly and still got away with being able to re-use them. 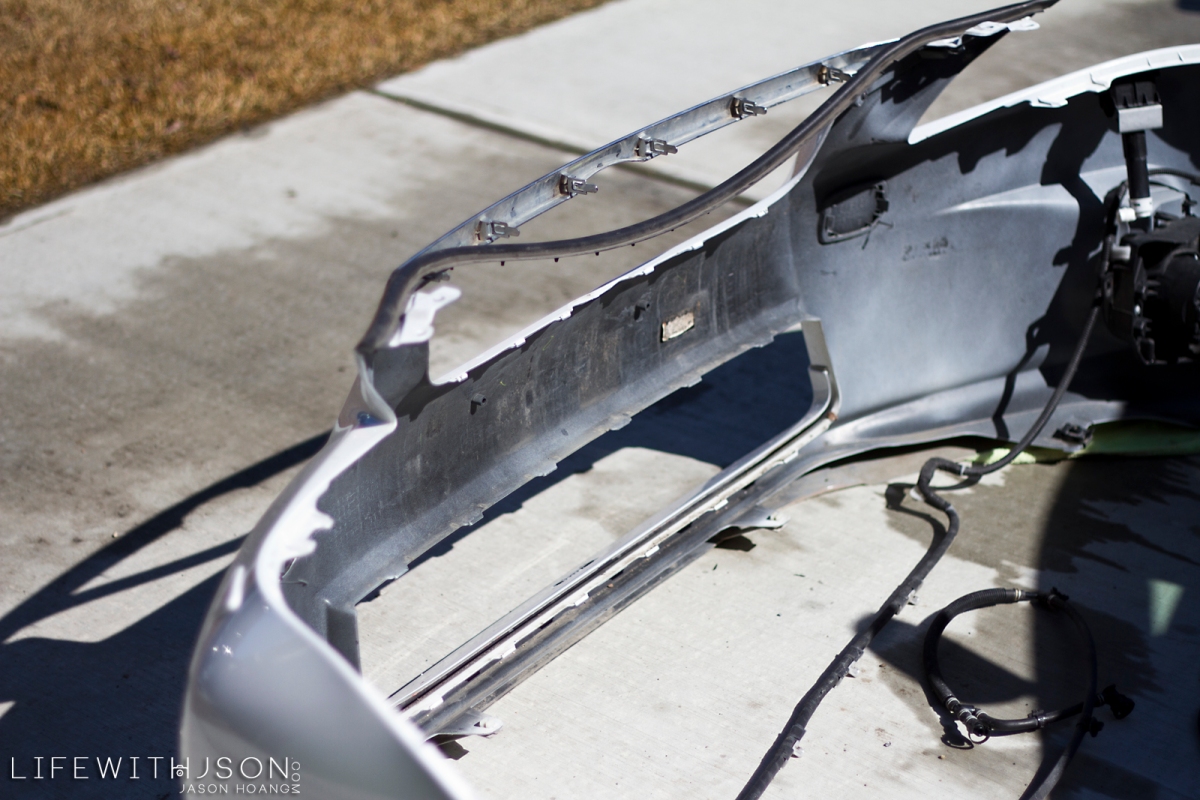 A shot of the grill-less bumper.

The emblem goes back… 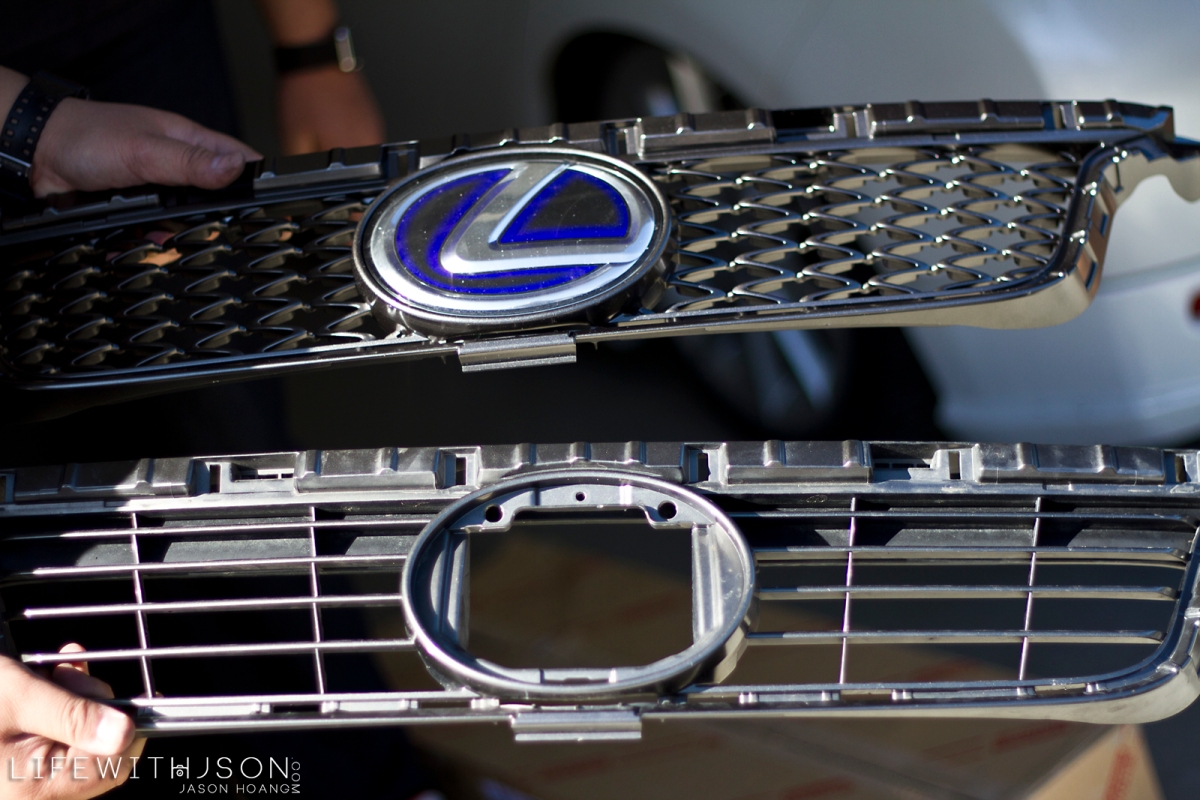 Comparison shot o the two. The difference is actually night and day when you see the two side by side. The old one was just really cheap looking. The new one brings a lot more character to the front and updates it with a newer look. 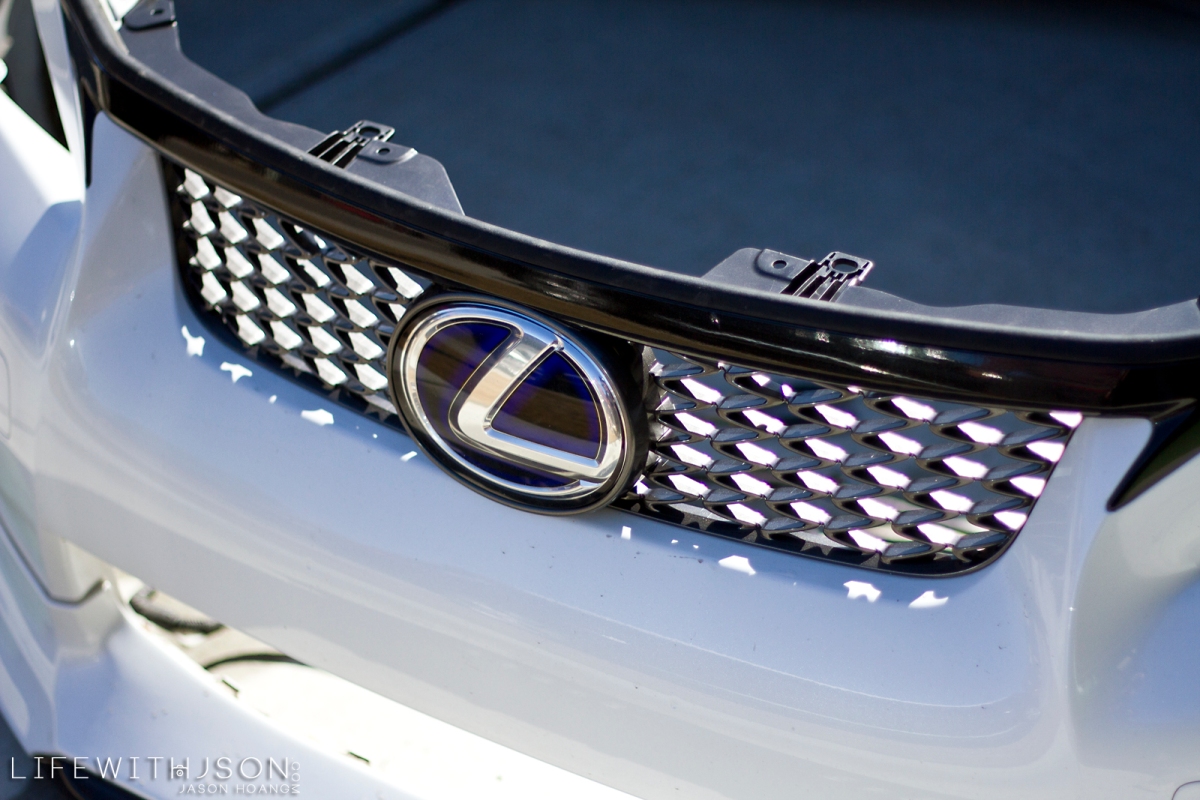 Top one installed in a jiffy.

Bottom one in. Cool shadow/light pattern of stars on the ground lol.

Boom. An updated front end – attention to detail is what matters the most!