Another successful install day is in the books today! Installs during the winter months are always a love-hate… It’s good because you get all the new parts on your car and it’s super exciting to finally be able to hear or see it on, but it sucks because you can’t truly enjoy it until summer comes. In this case, it sucks even more because it’s not something I can just look at and enjoy, it’s something I have to hear.

There were a few minor set backs and some frustrating times with the install – namely a nut that nearly got stripped and forced us to make a trip to Canadian Tire for… Next, we didn’t have a 20mm wrench to remove the O2 sensors, so that was yet another trip… Lesson of the day is to be prepared!

Anyway, took a few quick pics of the progress when I could…

We started at 930AM and it was still a bit chilly out. I worked on getting the car on jack stands while waiting for everyone.

Punit was early so he was supervising as per usual… 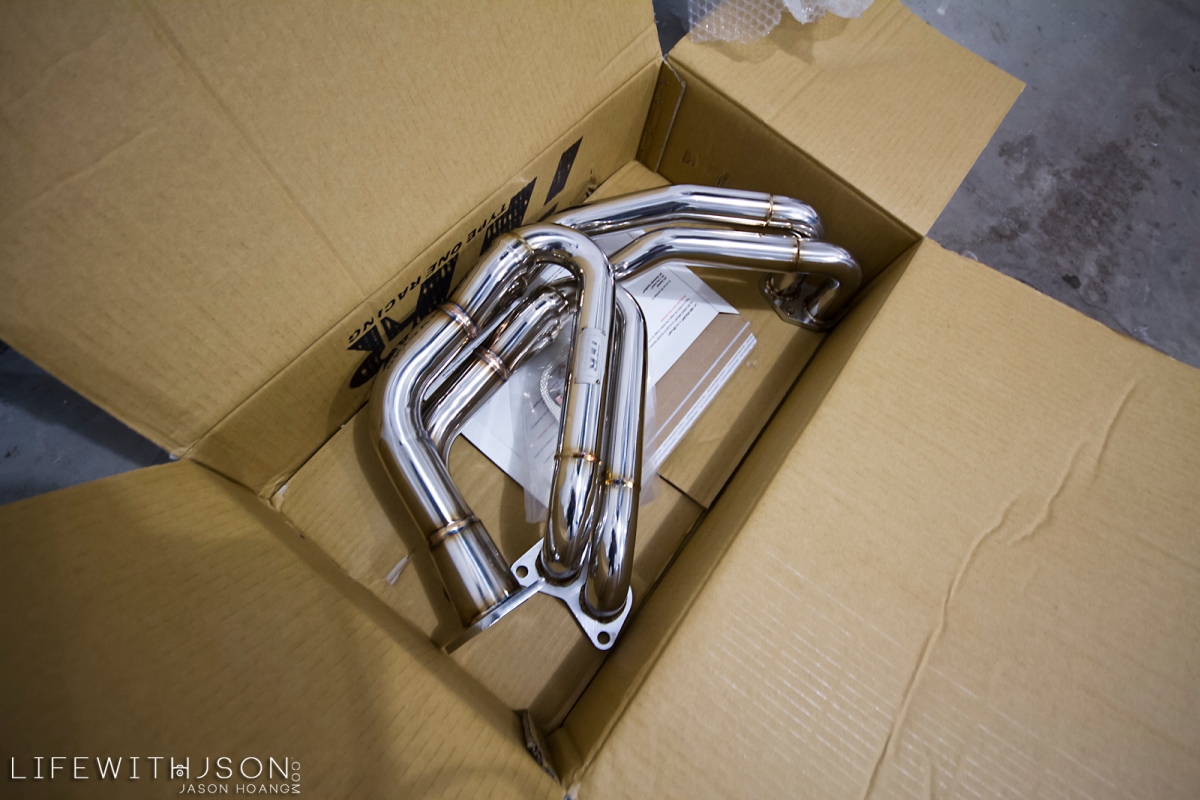 Another shot of the headers! 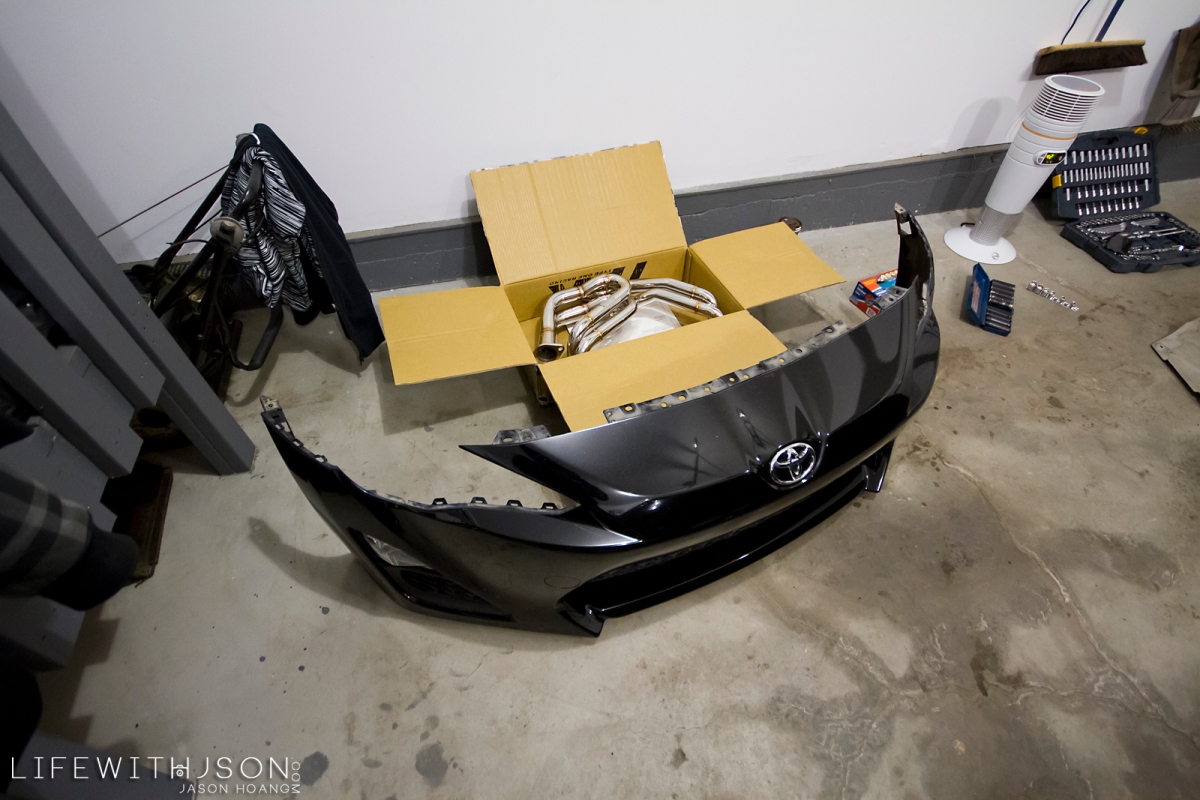 Quick shot of the work area. 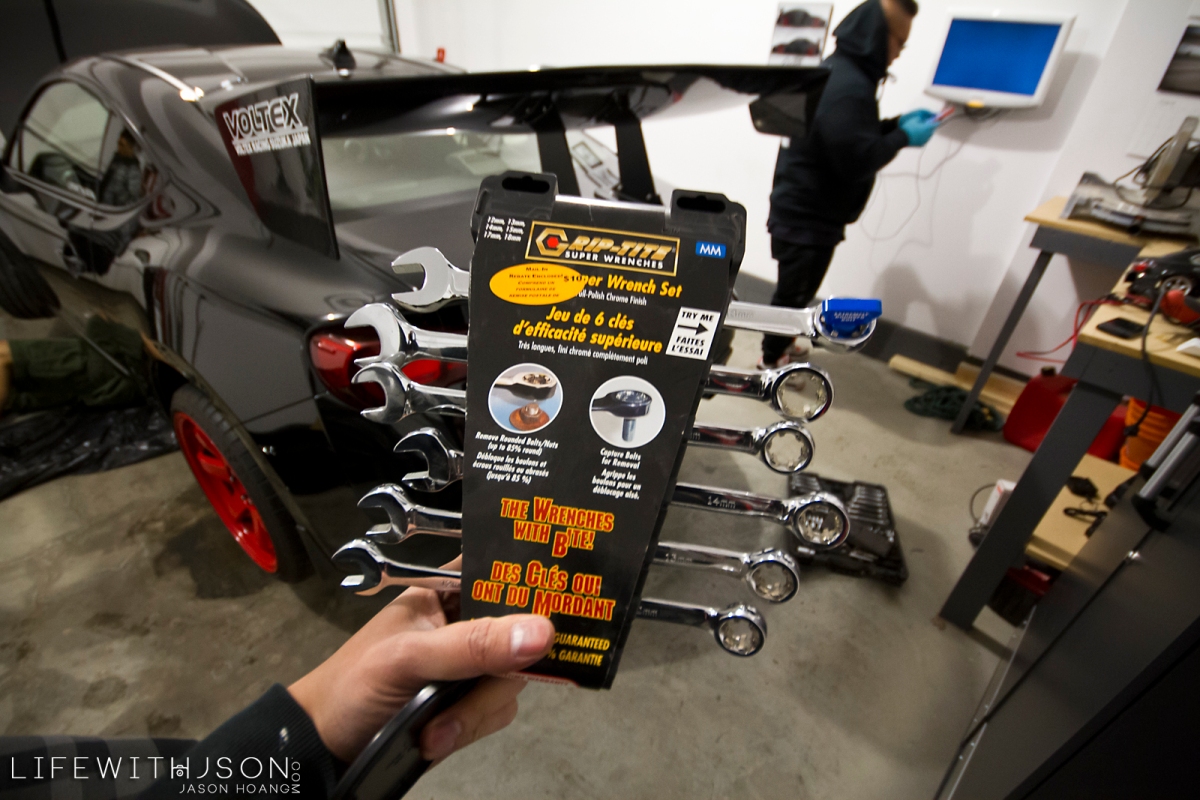 One of the nuts we were trying to get off that connected the front pipe to the over pipe was almost rounded off and before we made it worse, we made a trip to Canadian Tire and got these set of wrenches. We got back and they were off in the first wrench with these bad boys. 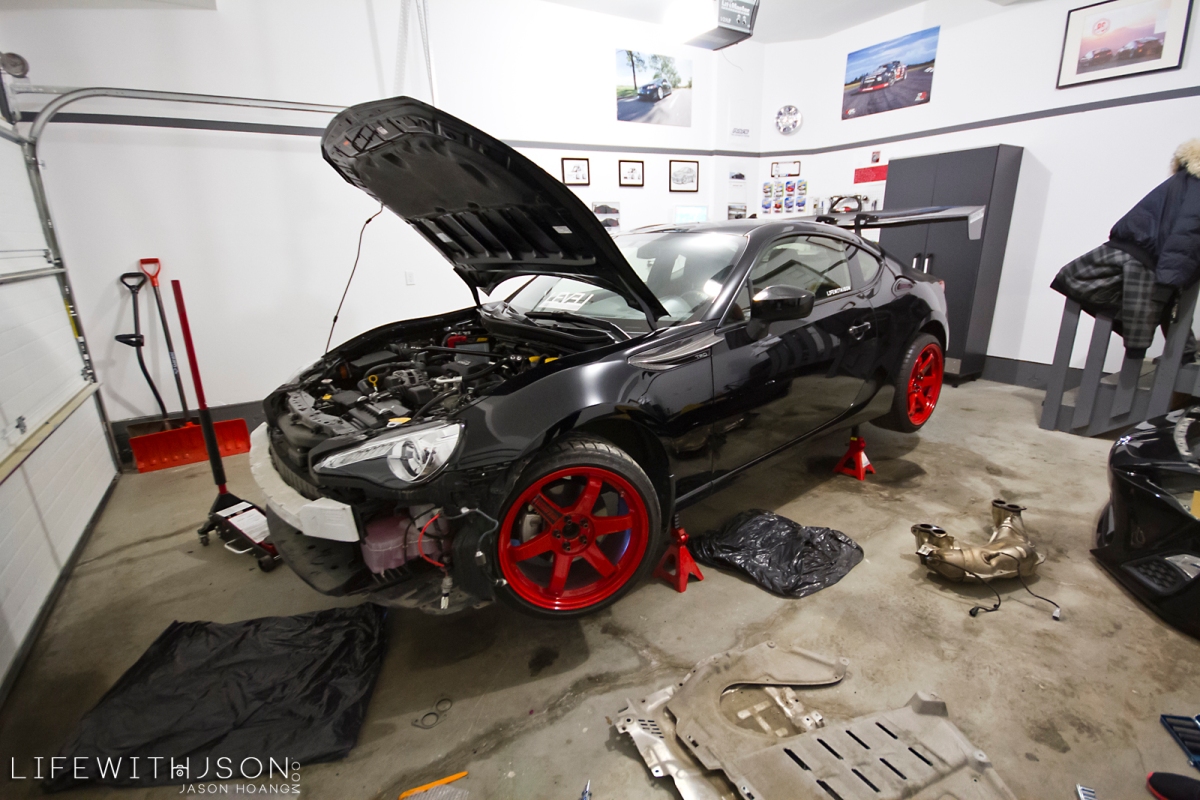 Waiting for Punit and Gopesh since they had to go and get bigger wrenches to get the O2 sensors off. You can see the stock header laying there with the sensors still connected.

Almost got the new one all in. 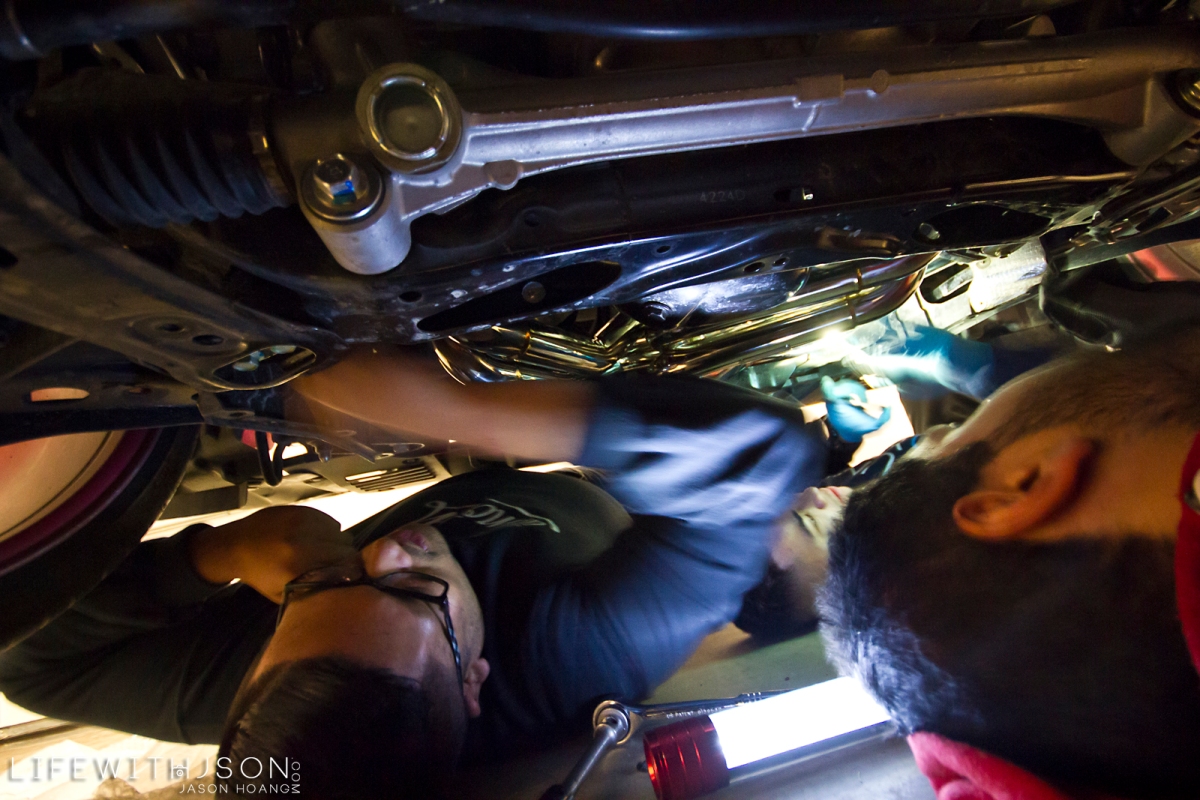 Look at that shine!

Just hooking everything back up.

After the first start up… Sounded awesome! Smokey! 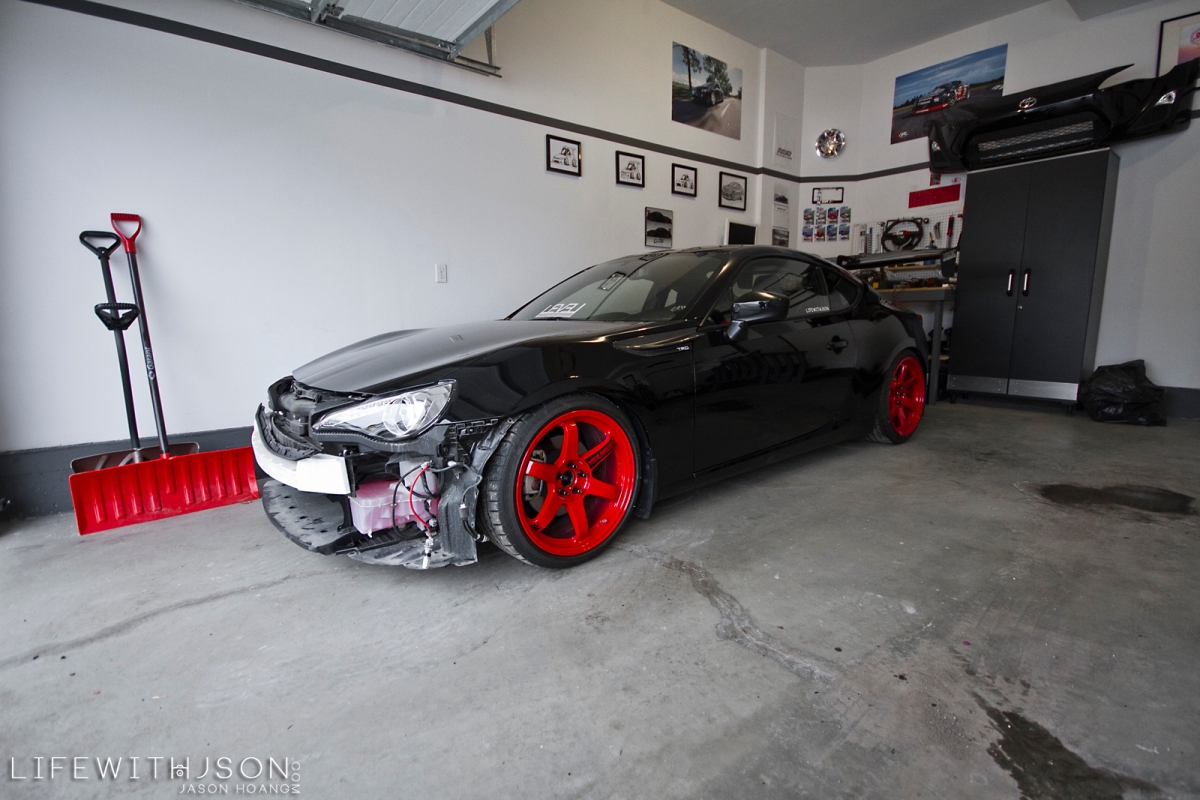 And back in the corner it goes sans the front bumper – you can see it sitting up top.

Hopefully I’ll have an update on the new additions if the shipment arrives on time this week! 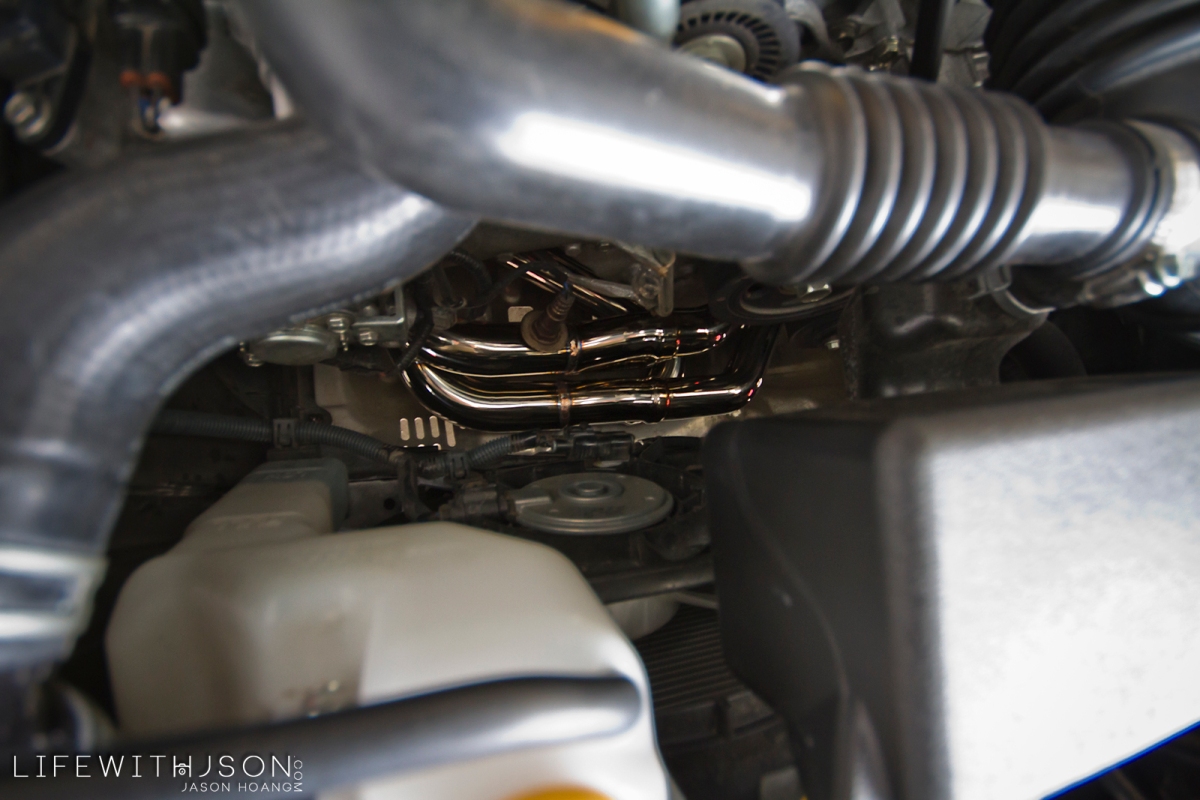 One last shot of the headers from up top from the engine bay. Love it!