Sunday Funday returns and we have one of the more exciting installs (for me, anyway) this weekend. We got around to finally installing the Voltex Type 7 Swan Neck GT wing today and it took us a about 2.5 hours to get it done from start to finish, taking our time to ensure we got it all right. When you’re drilling holes in your trunk, you don’t wanna be rushing through and having more holes than you really need 🙂

Anyway, I’ll just hop right into it… There are a bunch of install pics this time because Punit took charge of the camera most of the time and actually got some decent shots (lol) so for the first time in a while, I’m not the one taking pics and you’ll see me make an appearance. (I actually do things when I’m not holding the camera too).

Gopesh came by first and we decided to get a start on things while waiting for JC and Punit. The first step was basically unhooking the one wire and then cutting out the two metal reinforcements in the trunk. Not to worry – Voltex provides a clamshell-type backing that creates an almost better reinforcement.

In this shot above, you’ll see that we already cut one side off while Gopesh taped off the other side to try and protect the paint just in case the angle grinder skipped.

And here we go. I know, I know – you’re asking “where’s his face protection!?” – well I didn’t have any… But we all walked away good today. 🙂

So instead, Gopesh suggested I wear my sunglasses just in case LOL.

Here’s the first piece out of the way.

Gopesh taping up the next side…

And we were off! 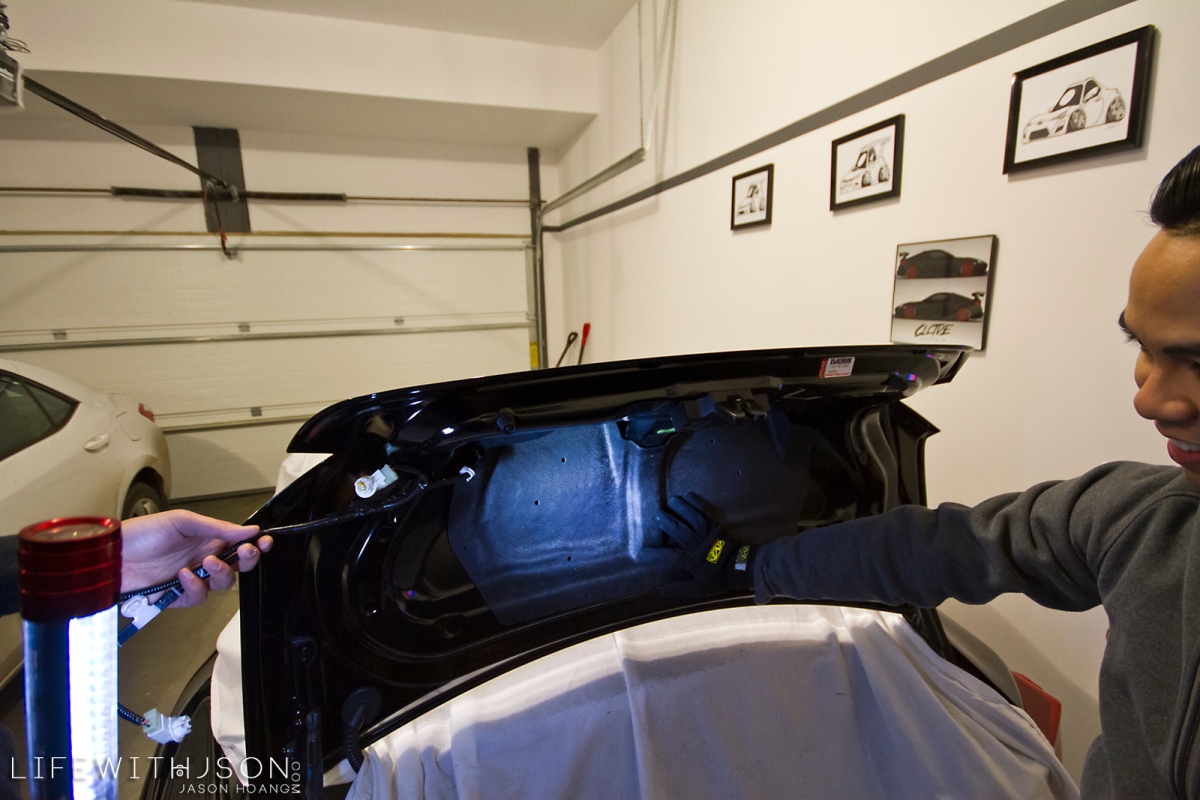 Mocking up the clamshell piece that Voltex provided. Fits like a glove!

By this point, Punit was on a rampage with the camera. No pictures please! 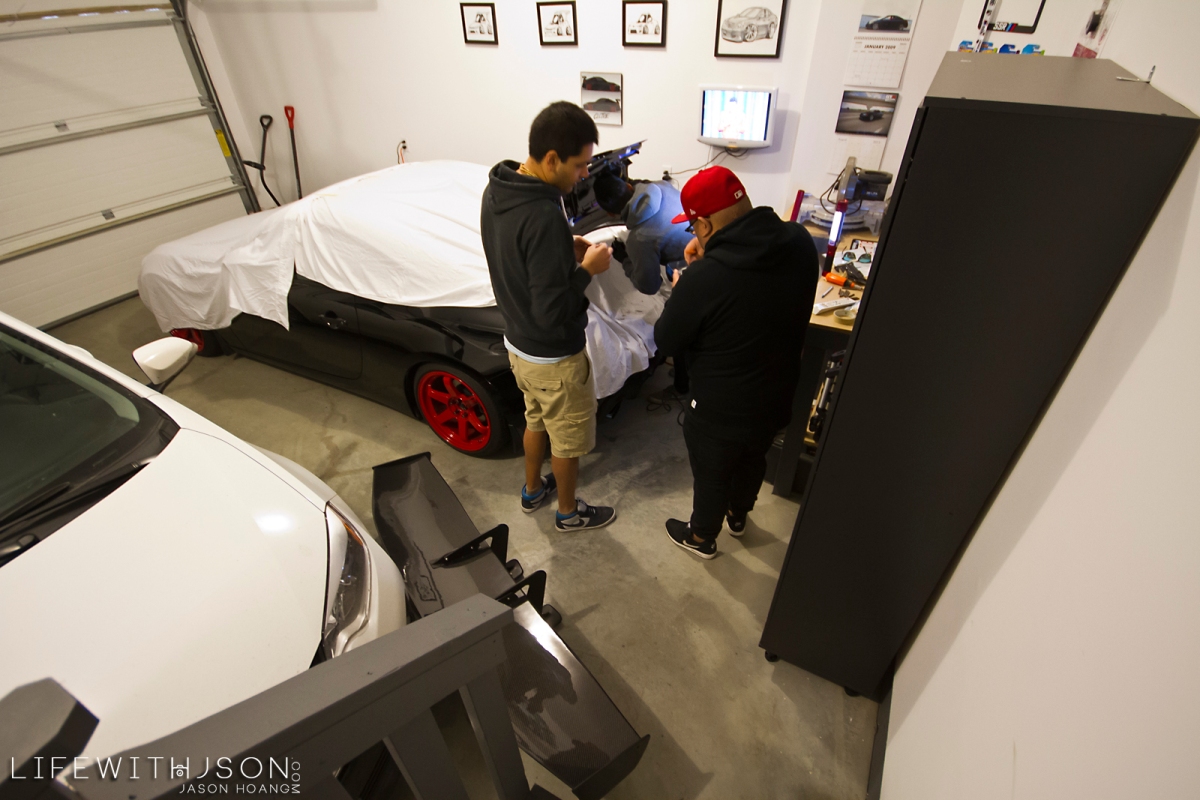 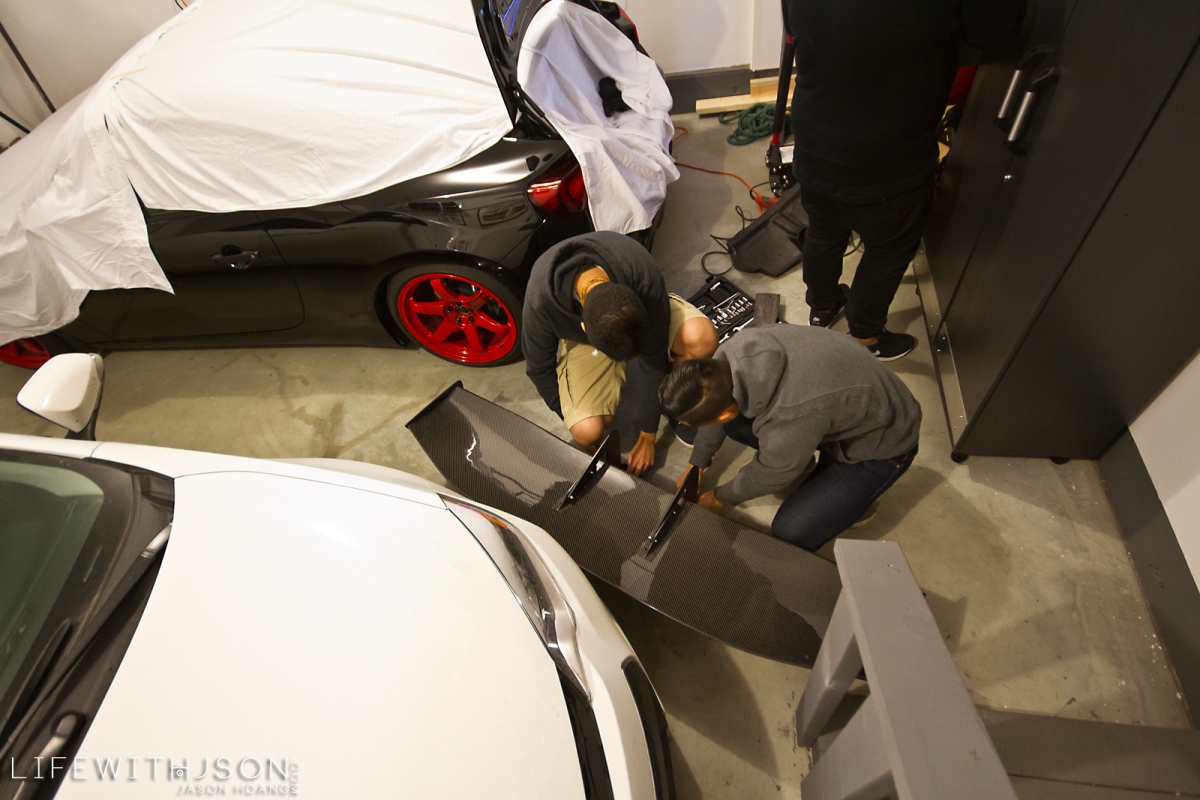 Taking the wing apart to get the bases off. 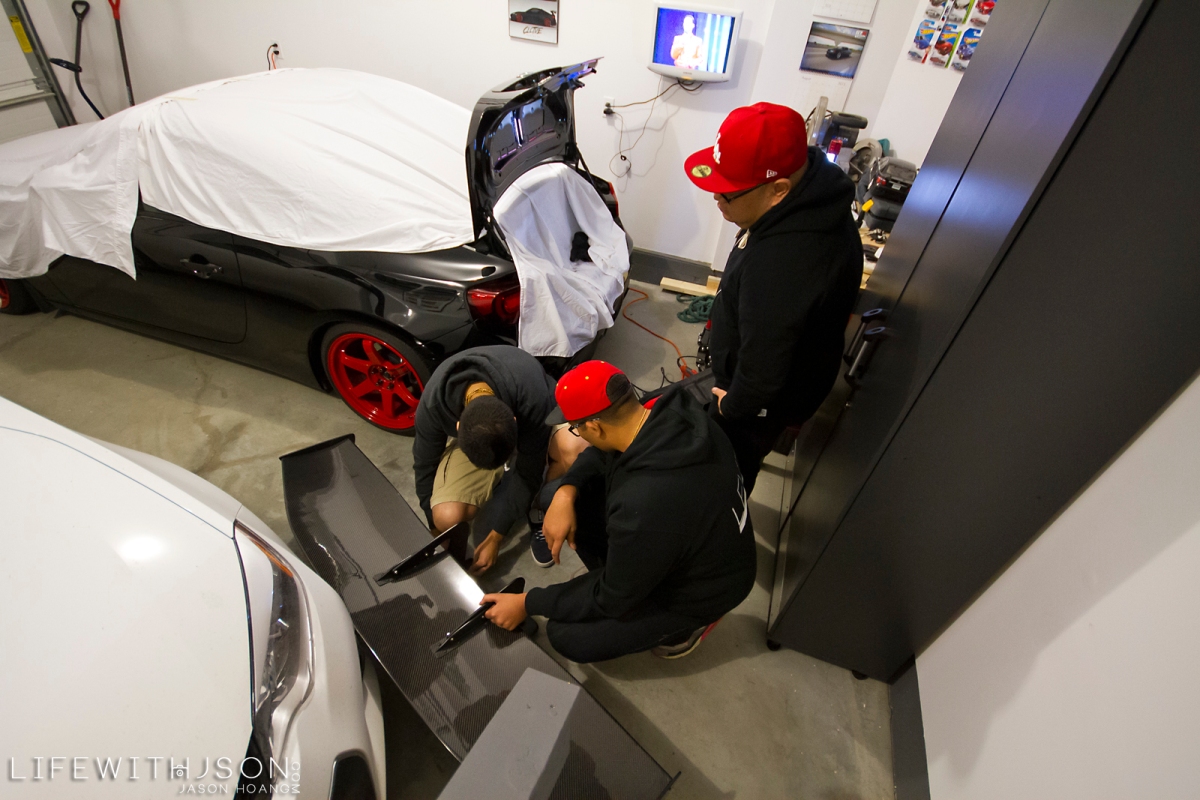 It takes three to unscrew a few bolts it seems.

Another shot of the two reinforcement pieces out of the way.

Here me and JC are drilling the holes through the trunk for the bases. We used the clamshell to guide us for the holes.

Some artsy photos I guess 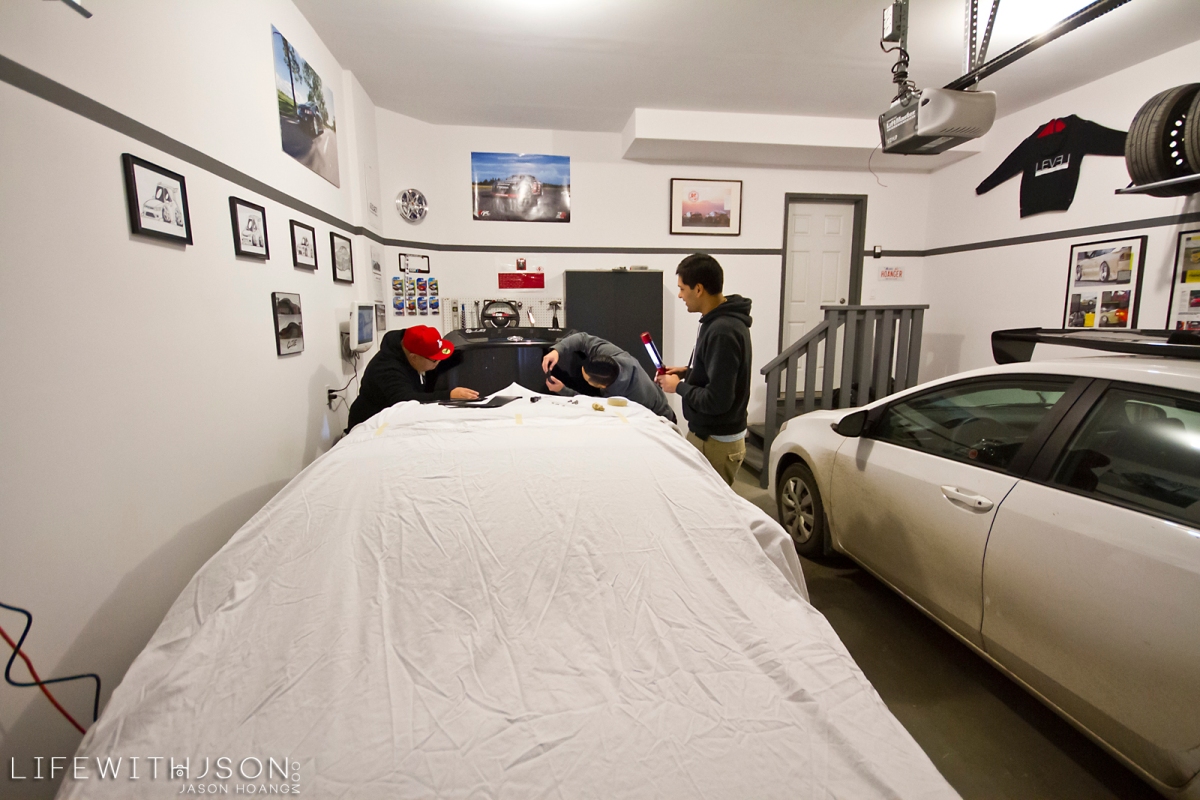 The 6 holes are drilled! And we were ready to move on… 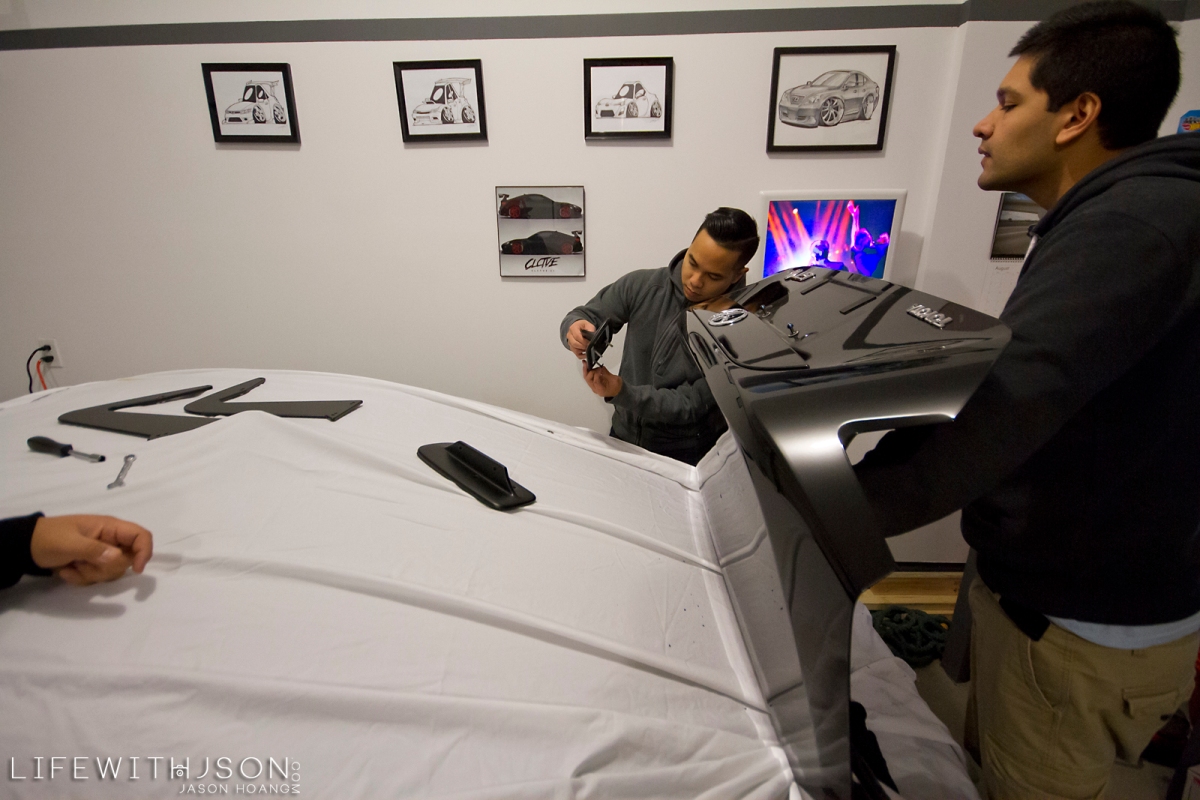 Here we prep the bases to get mounted onto the trunk.

One side on… On to the next one! 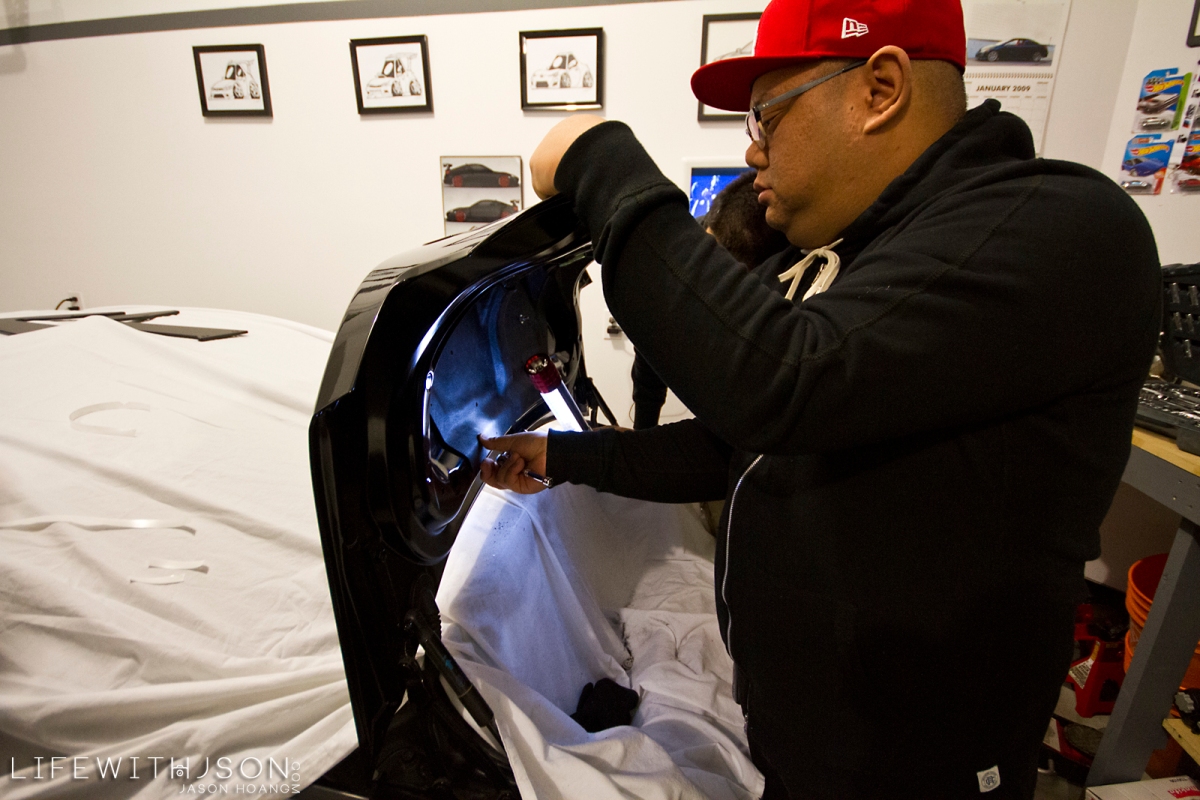 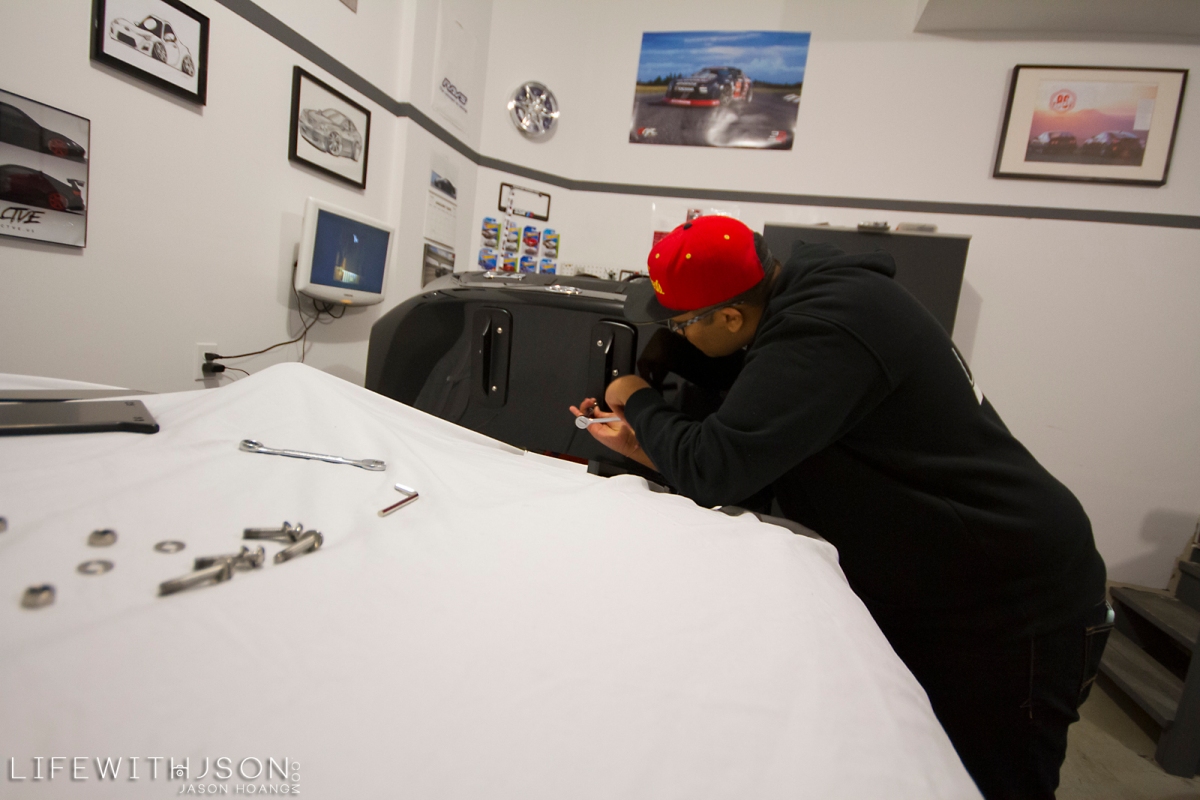 Told Punit to do some work while I take some pictures. lol 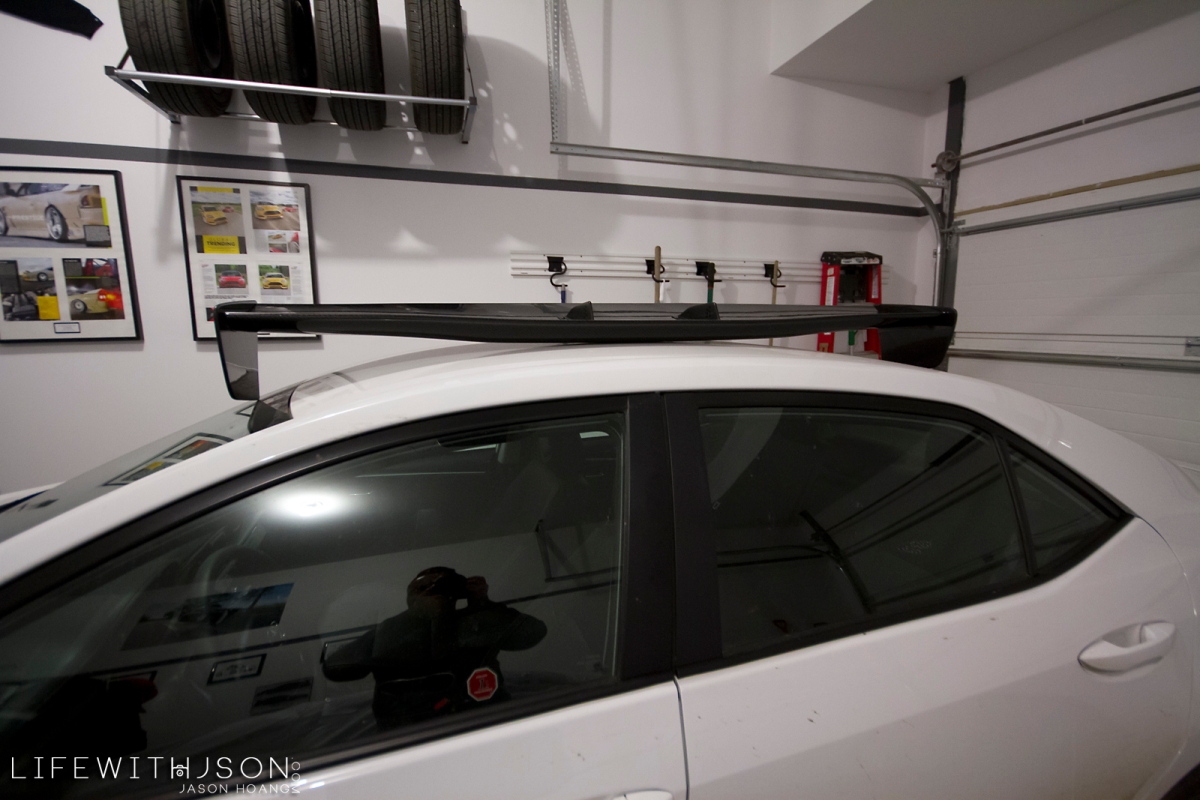 Guiding the bolts through the clamshell. 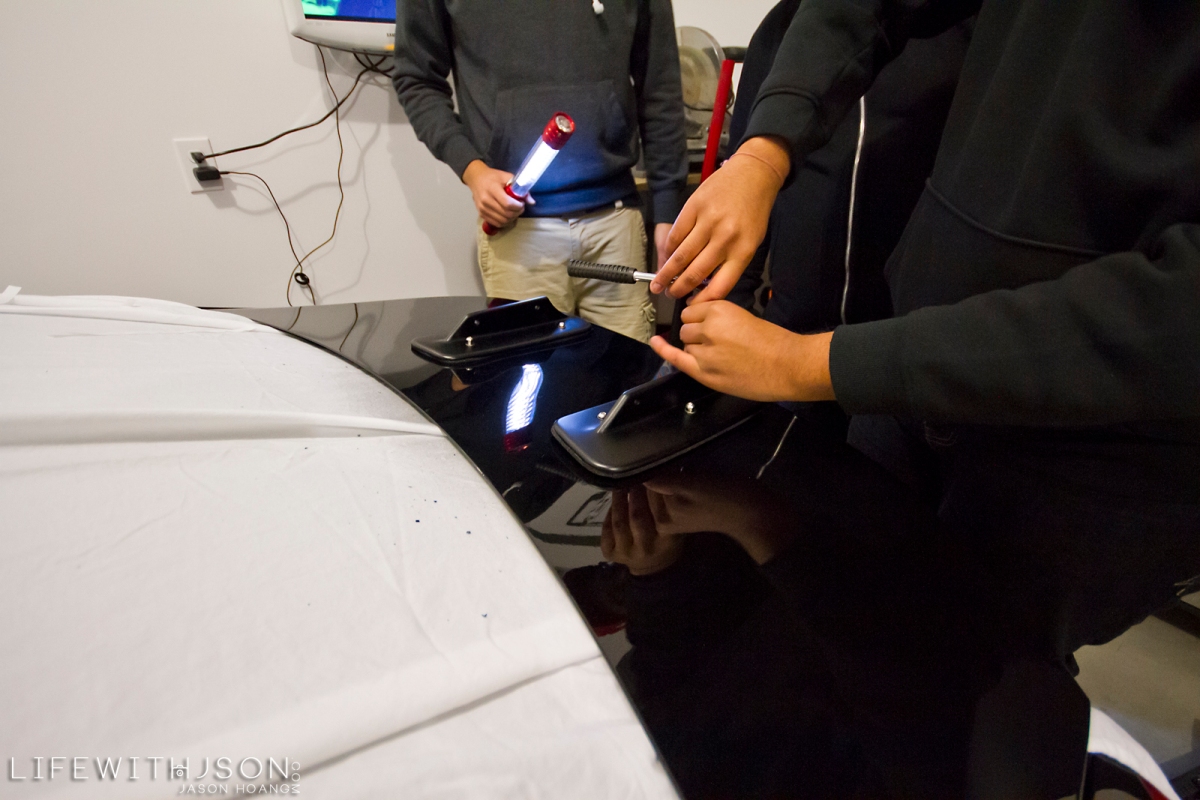 Here JC was tightening up the nuts on each of the bolt ends.

Not sure what was going on here lol 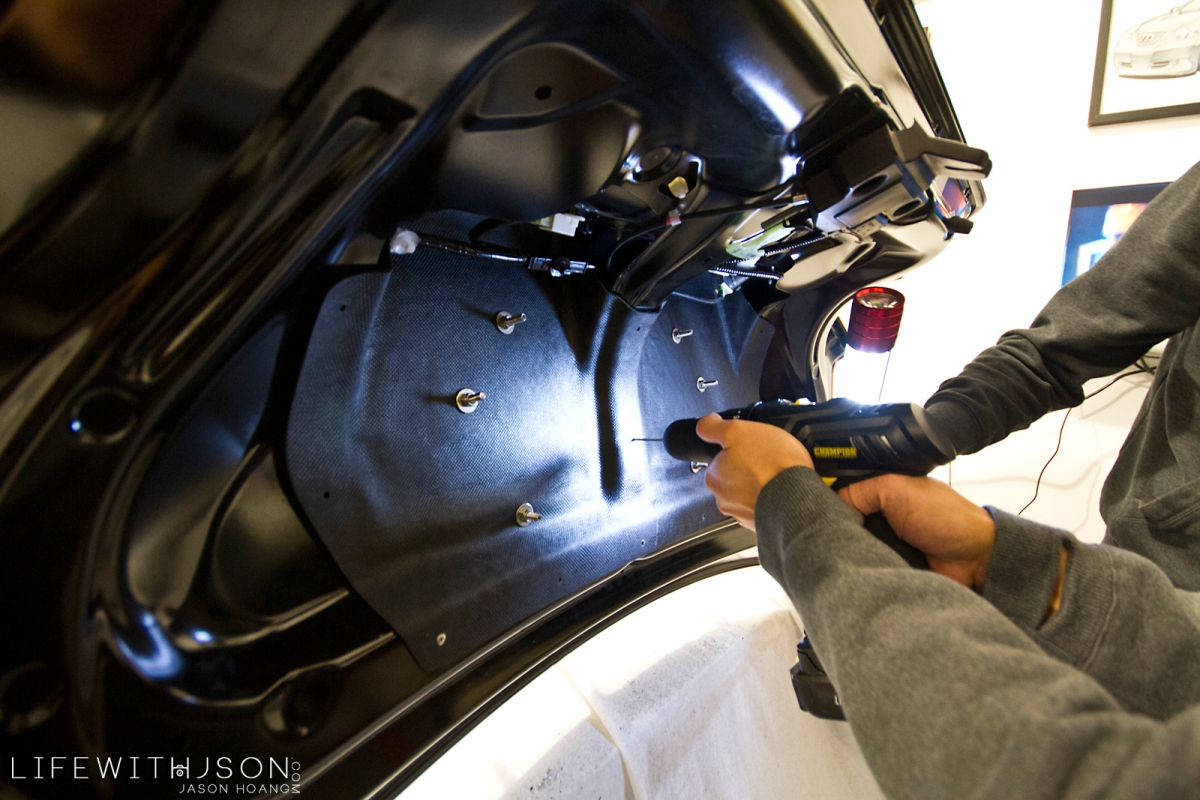 Anyway, once the bases were on, we drilled new holes for the rivets. 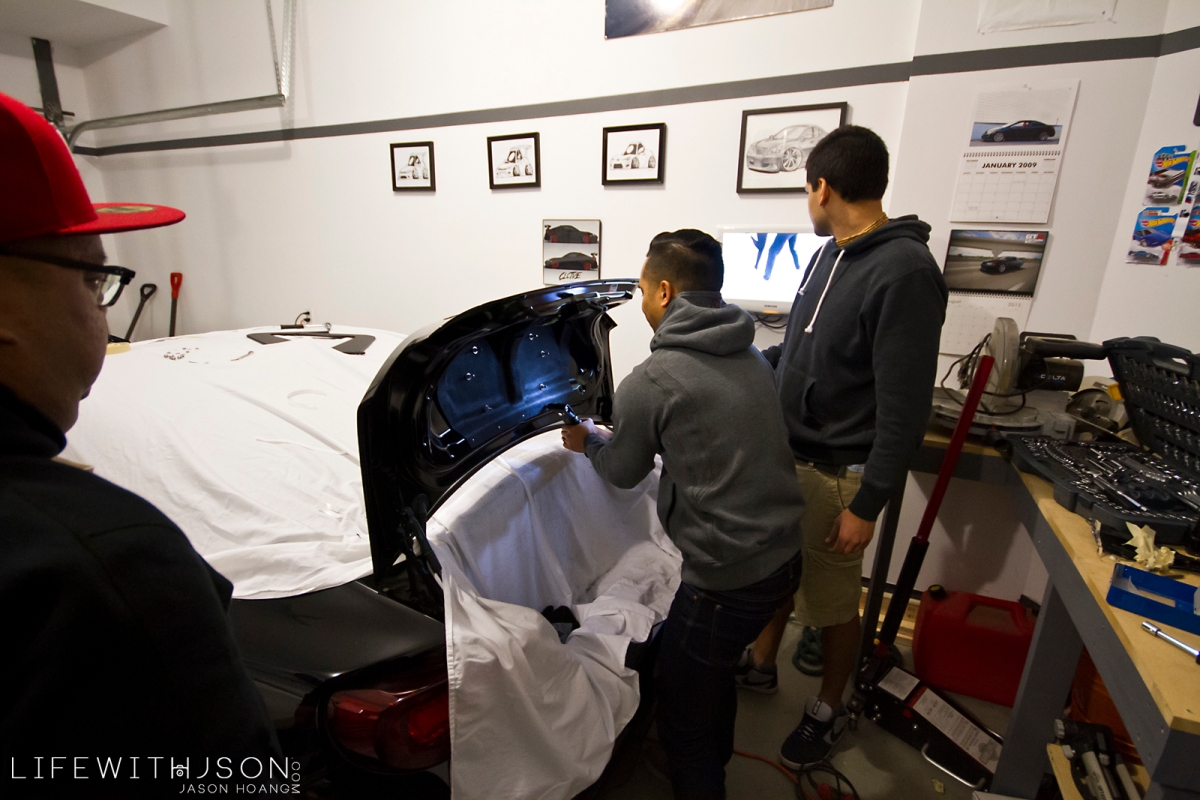 Getting the rivets on. Gopesh distracted by what appears to be ass.

Rivets in. Two not in when this photo was taken. The good thing about this clamshell is that it’s fairly thick and sturdy – it almost provides more of a reinforcement for the trunk than the two metal pieces we cut out.

Assembling the wing one piece at a time. First the stands to the wing…

After that was done, I had to get in my Asian lean back pose to ensure the Voltex sticker was on straight.

Trying to get the other side… A little more difficult since the car was basically pinned up right next to the wall.

And voila! Good to go. Again, some shots were with my wide angle and so it’s ‘slightly’ bigger than it really is, but I tried to get a bit further to give a better sense of its size.

Took the covers off for a full on shot just to get a better sense of what it would look like. The front of the car obviously isn’t as aggressive enough now, but it will be soon…

One more from the rear quarter.

And again some detail shots.

The icing on the cake!

And one last one again!