I was finally able to get Adobe Illustrator from my good friend, Andrew – who also helped me build my current PC power plant to do all my editing. I was practicing my pen tool skills in Photoshop since that’s my go-to program, but it’s just not the same because you aren’t creating “true” vectors. So I asked him if he could help me out with this too, and without fail – he came through!

After long hours and multiple files of different cars to practice on, I made a somewhat acceptable piece. It is rough like no tomorrow but I guess practice makes perfect. I think I’ve put about 10 hours into learning the absolute basics. The saying that it takes you 10,000 hours to master something is probably true in my case – so I have 9,990 hours to go… 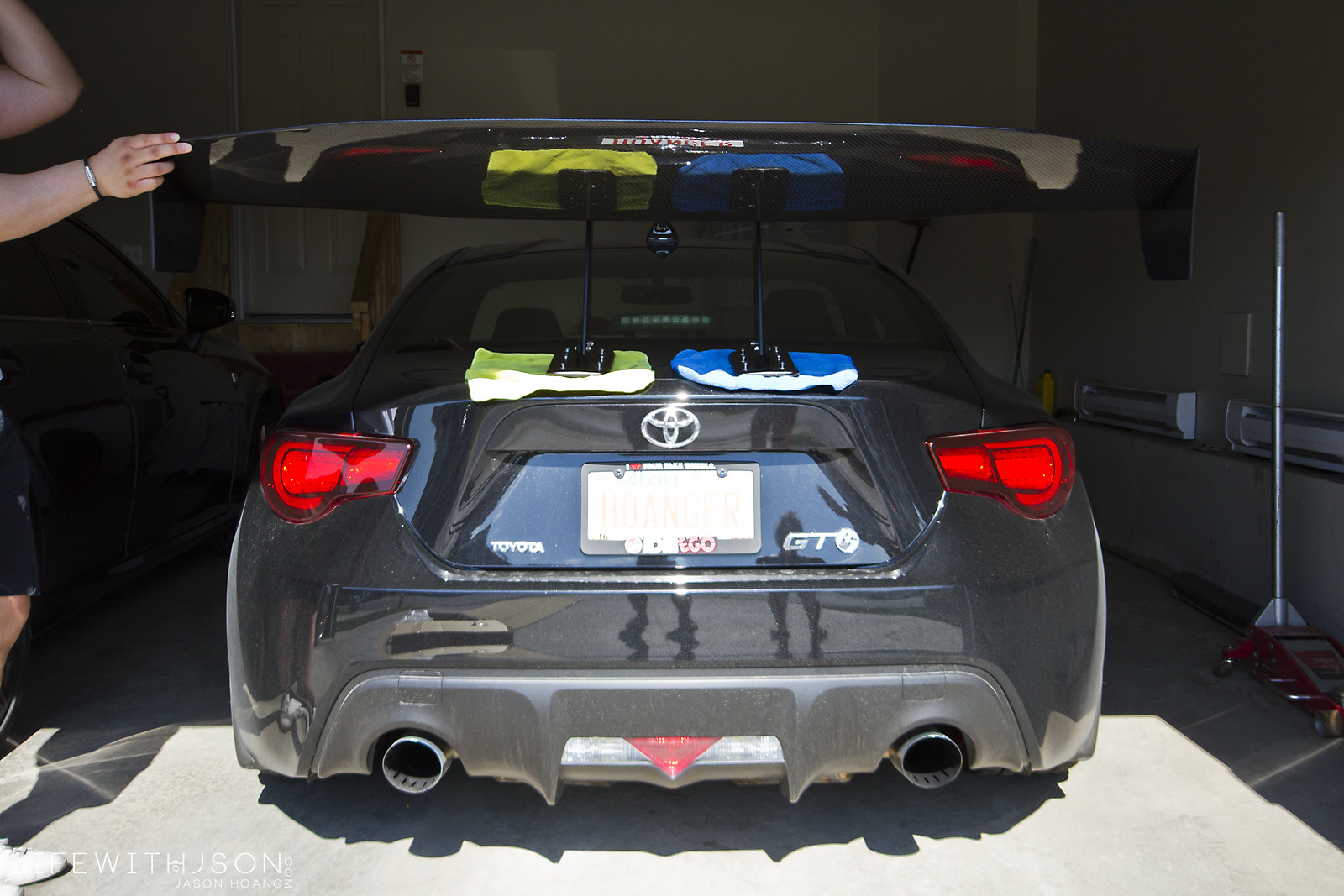 Here is one of many bases I decided to work with. At first, I had picked out a very difficult base with tons of reflections, tons of complicated lines and I was just getting no where. I then chose a side shot of a car – which is a bit more simple – but still complicated due to the detail in the wheels. After several more bases that I gave up half way on, I decided on going with this.

Not the best base because it lacks proper reflections, it’s dirty, and it’s half in the garage and half out of the garage. The line work overall was easier to do and that’s what I wanted to practice.

Line working is probably the most tedious part of it all. If your lines suck, then your drawing will suck. No different than actual pencil and paper art – details matter here and you learn that quickly when vectoring. The trickiest part is creating curves because they are created through an anchor point, straight lines, and an adjustment point – AKA a Bézier curve – a fancy mathematical equation to do fancy things.

Anyway, I think I got the handle of lines – I still have a few things to figure out like how to create nicer curves over longer distances (see on top of the diffuser, roof line, and bottom/top portion of the wing). I would say the most difficult part is coloring and shading. For the most part, I just made up shaded areas on my own using fancy lines since the lighting wasn’t ideal in the original picture for me to follow. Lights are a solid colour because I have yet to learn how to do reflections and gloss. Carbon is way out of my league, but I think I have gotten a handle on gradients nicely – peep the noob titanium tips.

Overall – pretty decent but no where near where I’d like to be. Hoping to keep practicing on my own to get better at creating my own work. The toughest part is not having someone to ask for help and spending hours trying to figure out one thing properly through tutorials or youtube videos… Patience is a virtue, I suppose.