The title literally says it all… A first for me was a request from Colin to take some rolling shots of his STI. He wanted to have a nice photo to put onto a large canvas to maybe hang above his bed. I’m personally not sure how he got his wife to agree to that… Or he just hasn’t told her yet.

JC and Diana tagged along to meet Colin and Eric for lunch. Colin ended up taking us to Smash Burger because Diana and I haven’t been there yet and it ended up being terrifyingly filling and probably supremely unhealthy LOL. After that awesome lunch, we pretty much did the easiest photoshoot ever… Only because Colin really only wanted rollers. That meant JC, Diana and I never had to get out of the car and we just drove everywhere until I got the shots I needed. It was a nice day, not a cloud to be seen, and bonus for me: a World Rally Blue STI to pop with the perfect weather today.

No need for words – just some cool rollers! 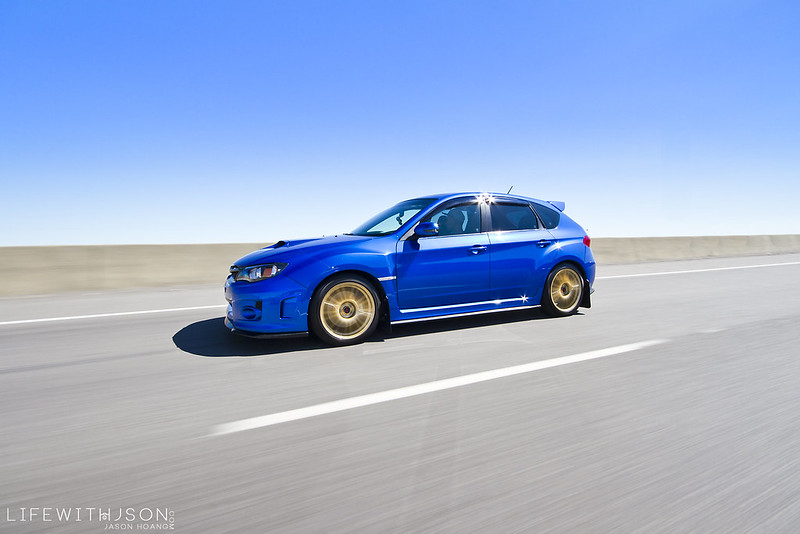 The cleanest shot from today. That blue is perf. 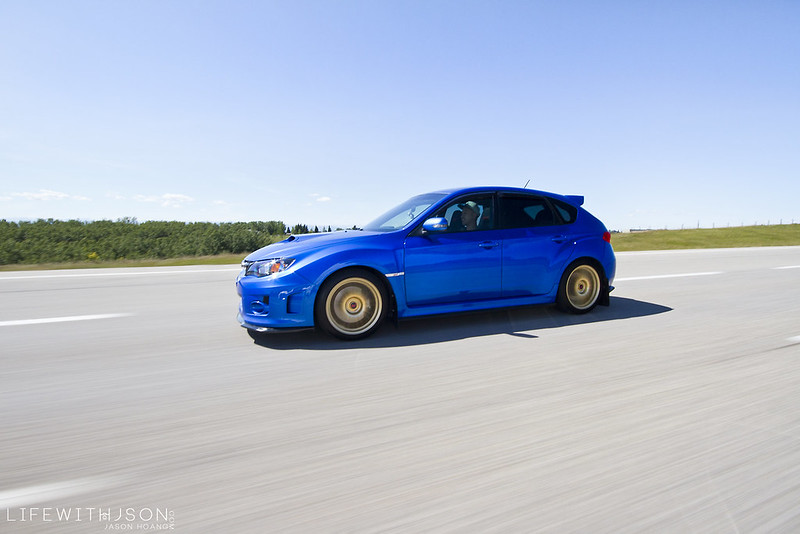 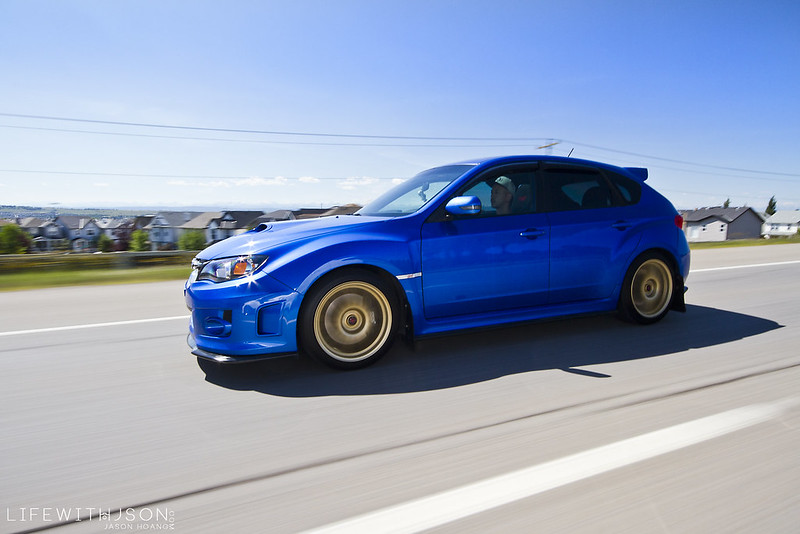 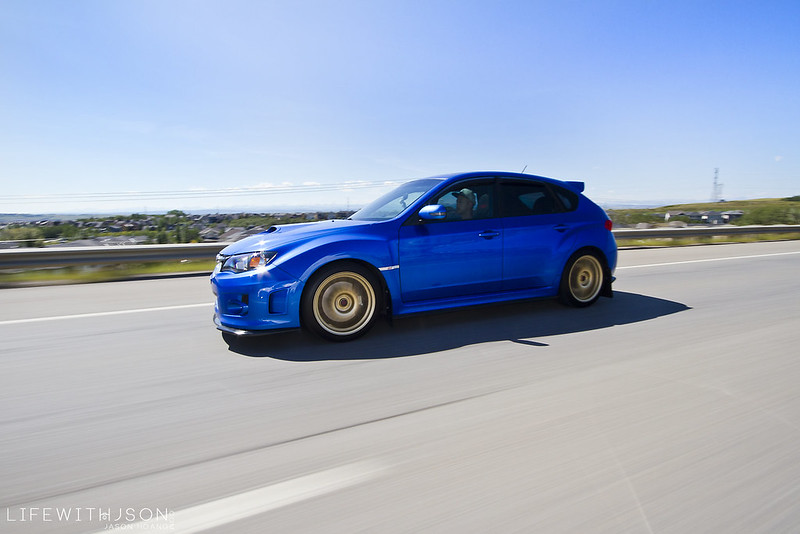 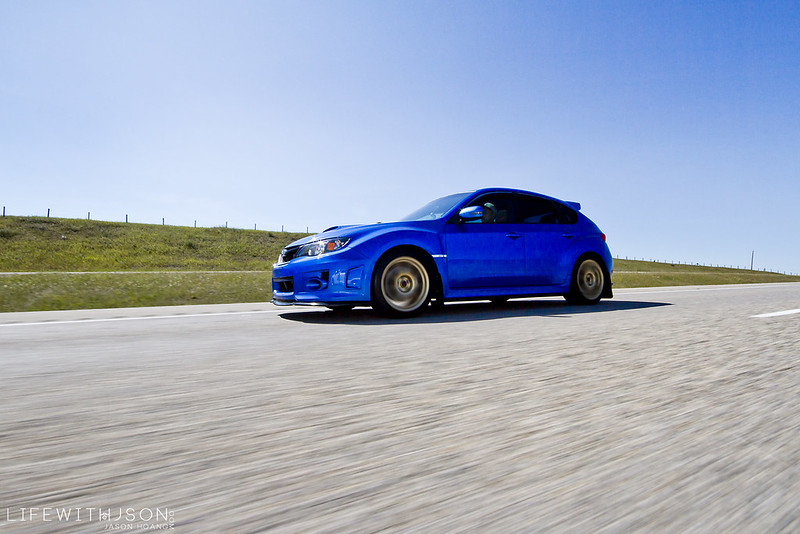 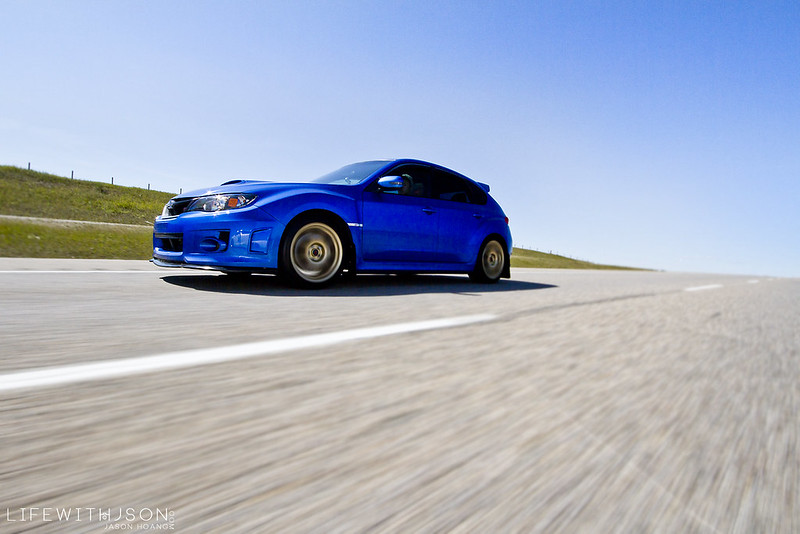 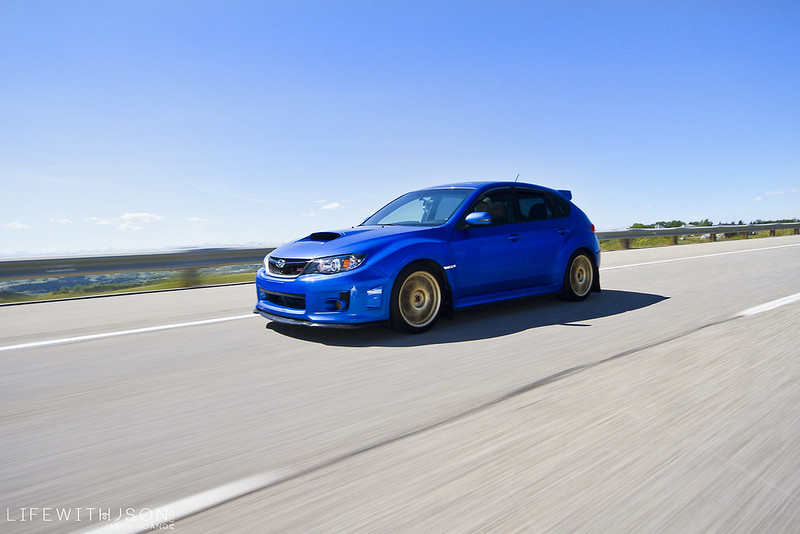 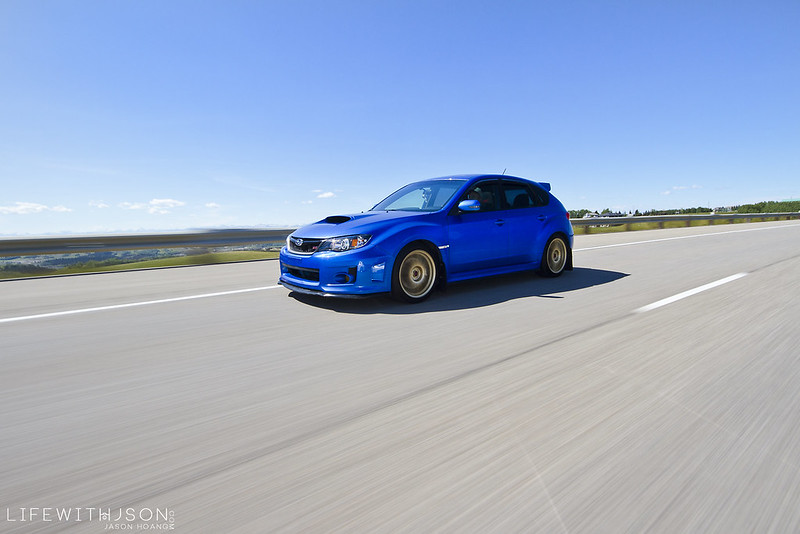 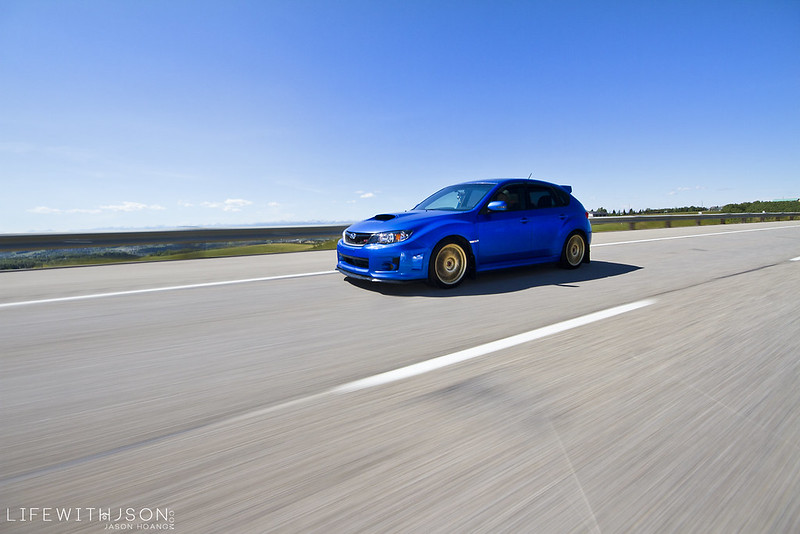 We really tried to capture the Rocky Mountain in the back but it’s tough when there aren’t too many roads that overlook them nicely… You can see them if you squint! 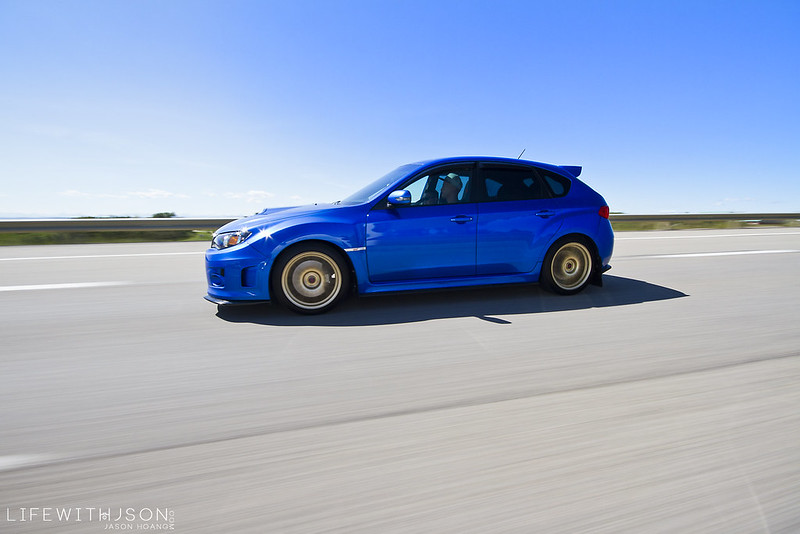 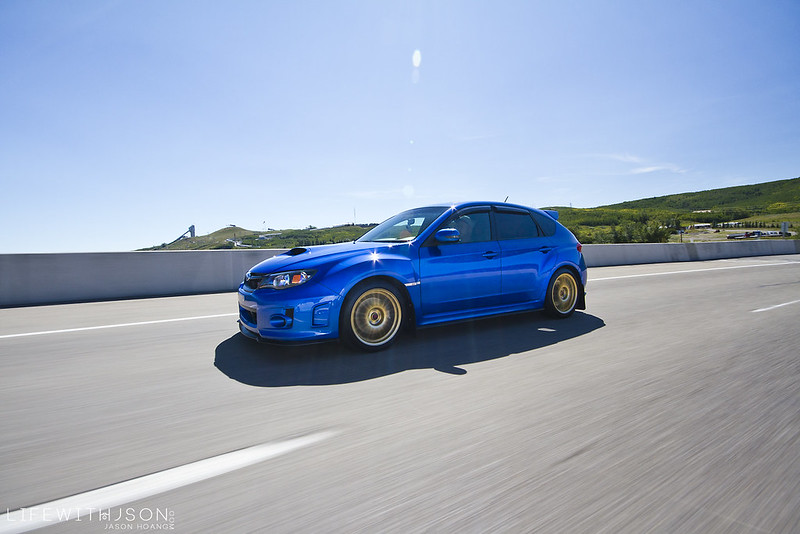 COP in the back! 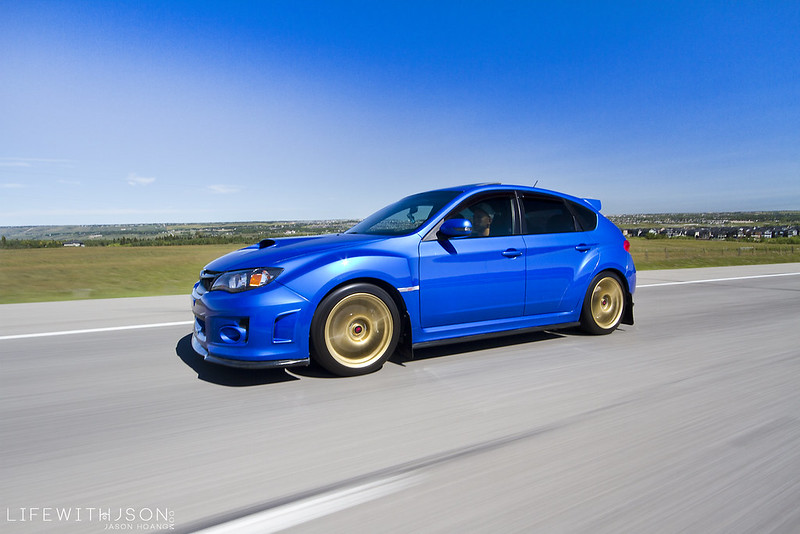 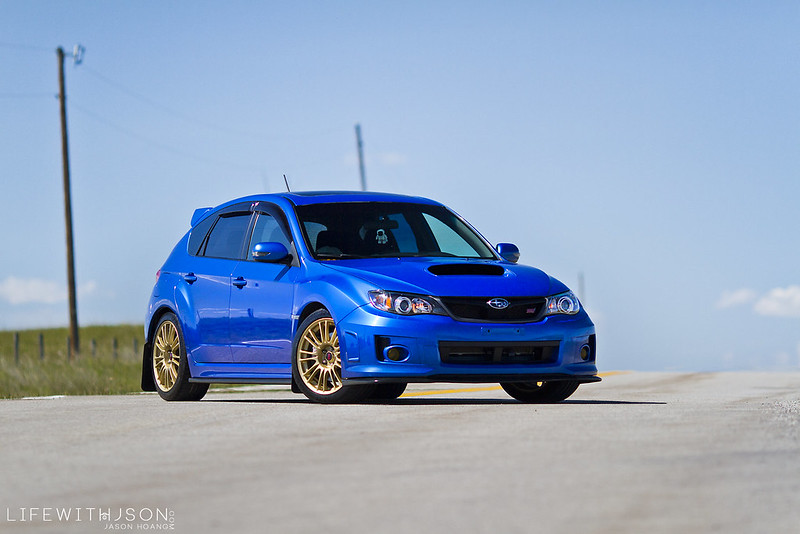 We ended up stopping on one dead road for some bonus shots I guess. Let everyone stretch their legs lol 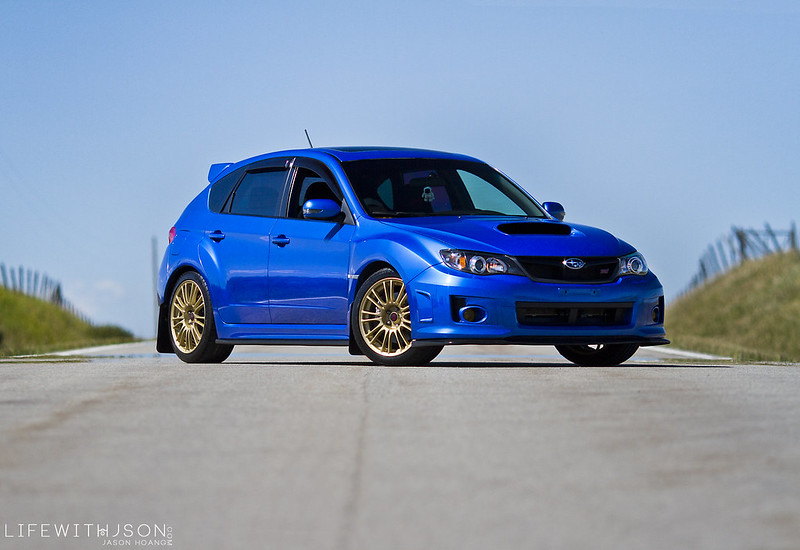 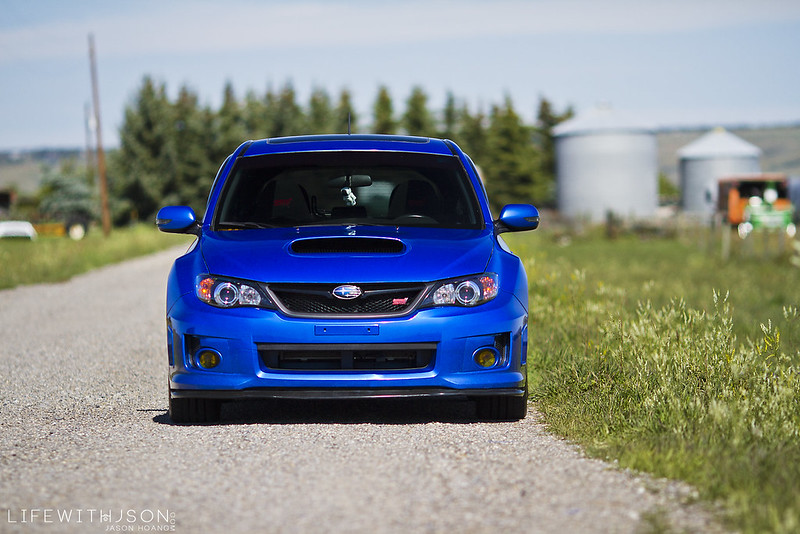 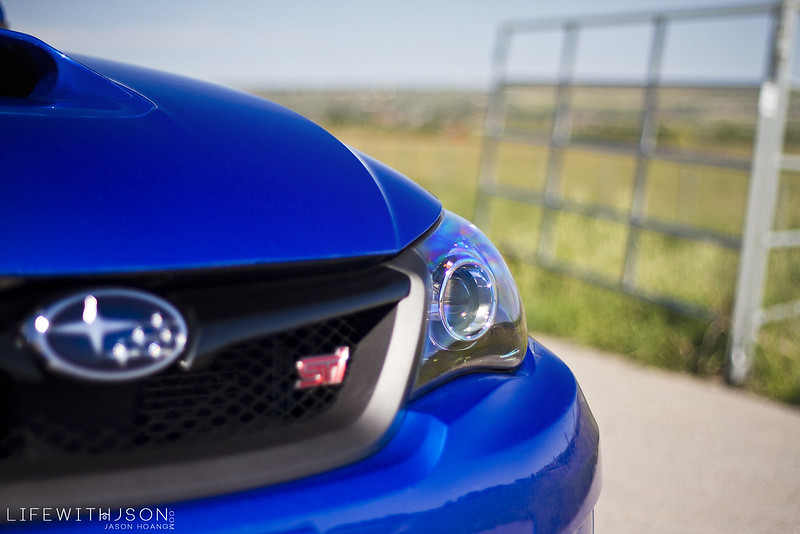 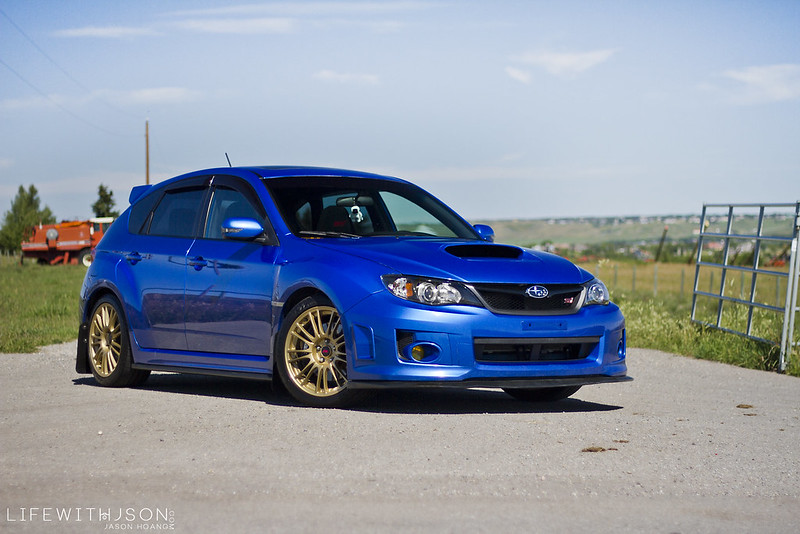 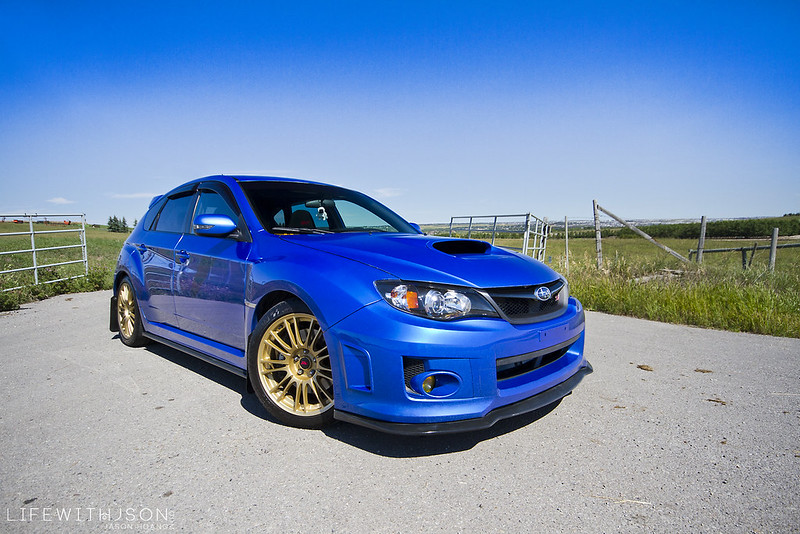 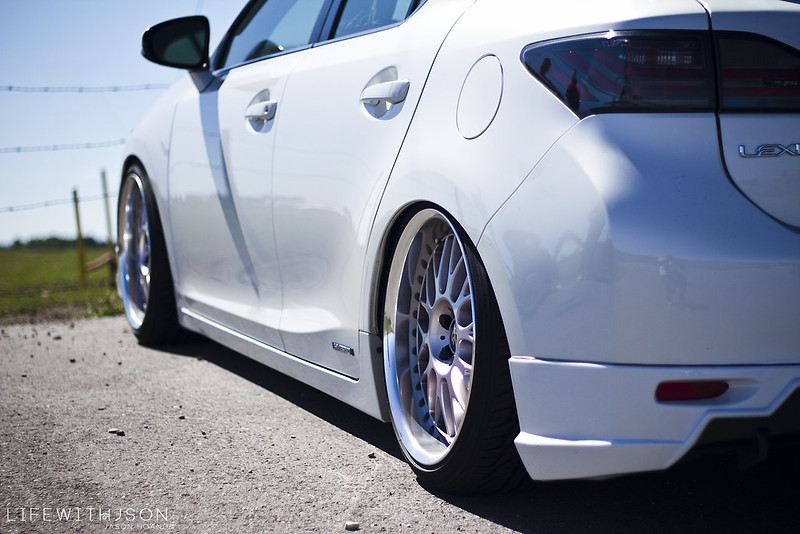 And one last shot of JC’s fitment and wheels. The rears are dumped as hell – pretty close to bagged height. Also check the colour of his VS-XX faces. Remember in my earlier post, I mentioned that the gold faded and now it looks like rose gold? This is a good shot of them.

One thought on “The Rolling Shot Photoshoot: Colin’s Subaru STI”