Just a few quick snaps of whatever I remembered to take a picture of before we left. I kind of wish we stayed a bit longer just to relax a bit more but there’s always next time. 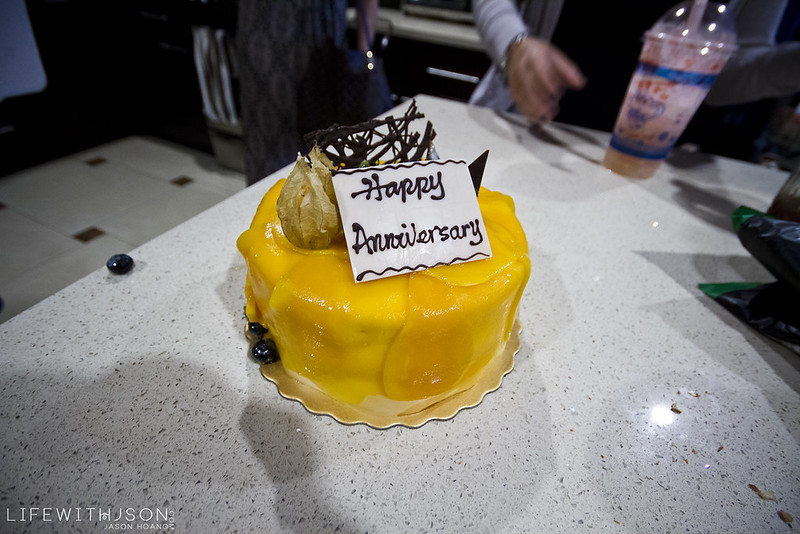 While we were there, it was me and Diana’s 1 year wedding anniversary but we didn’t really plan anything since we were going to be out with everyone. Instead, the crew all got us a little mango cake for a mini celebration. Legit though guys – that was awesome and Diana loved the gesture, she still mentions it. You guys are da real MVP’s. 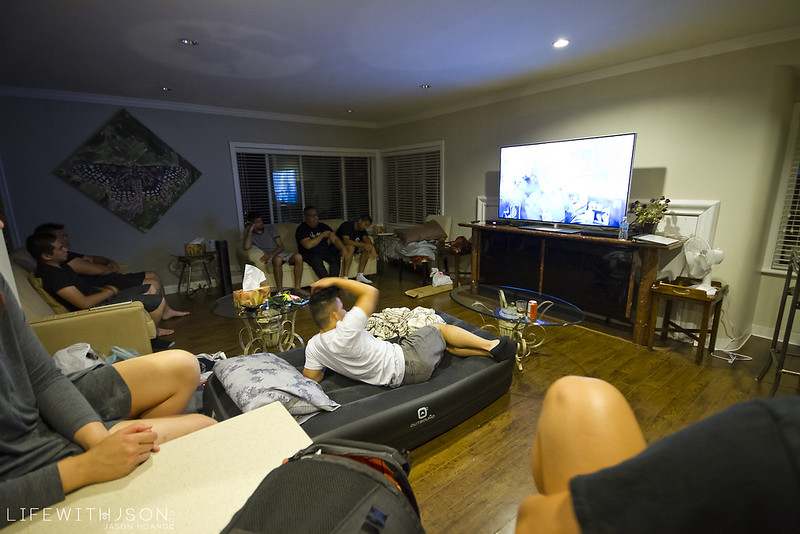 Everyone hanging out for the last night. 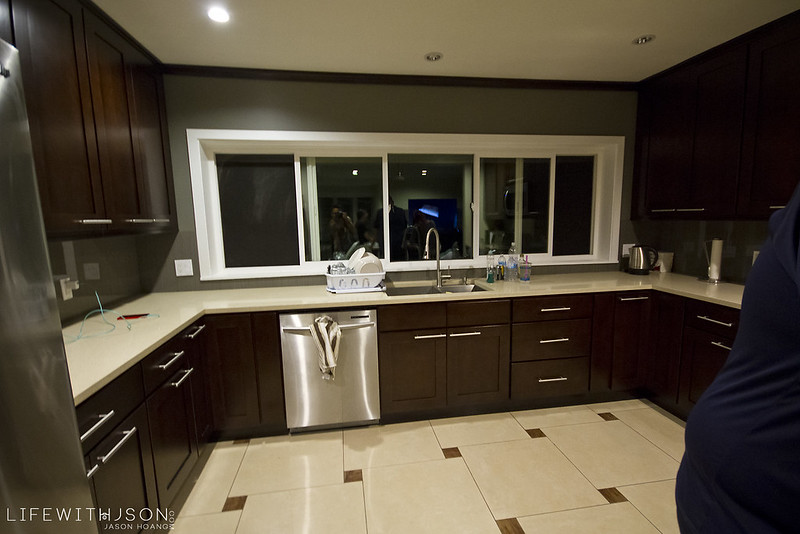 The kitchen with a lot of potential that we did not use. 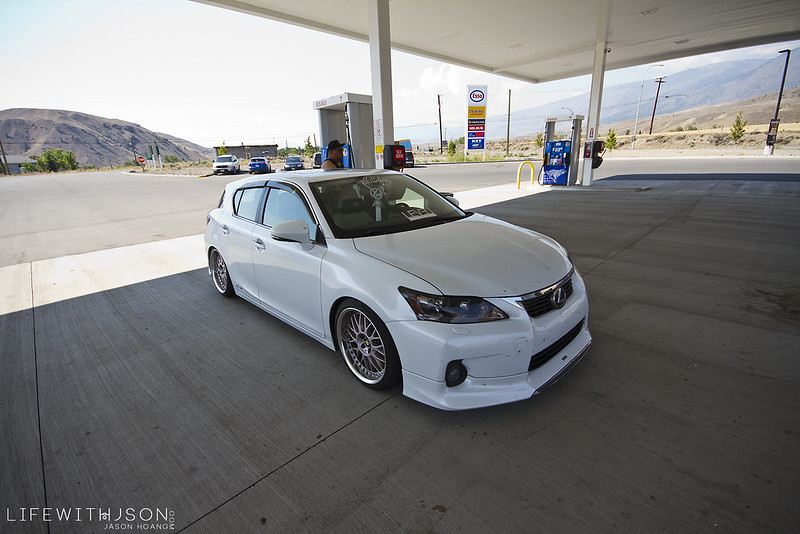 On the way back, we all sort of split our own separate ways. JC, Aldo and I took Highway 1 back which, coincidentally happens to also be the long way back… Adding a good hour and a half onto our trip back when we were planning on making it back quicker than when we came. Punit and Jackie took another route while Gopesh and Nikhil took yet another. 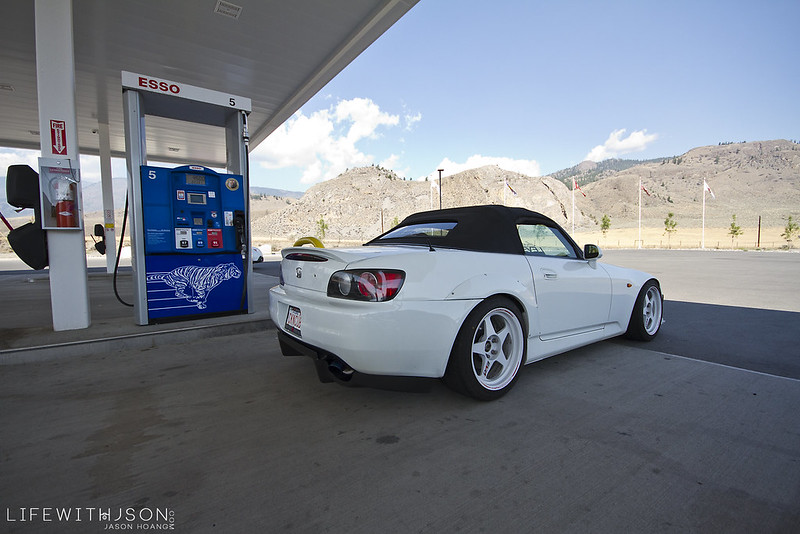 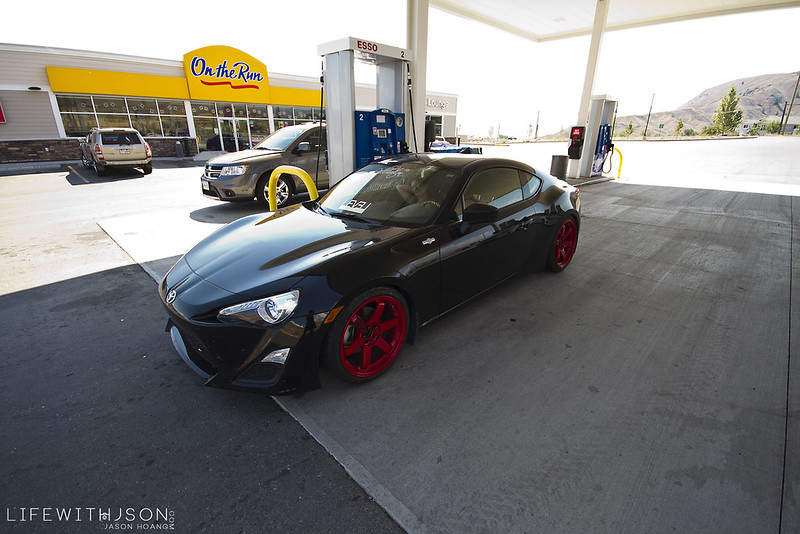 You can tell Diana just wanted to go home lol 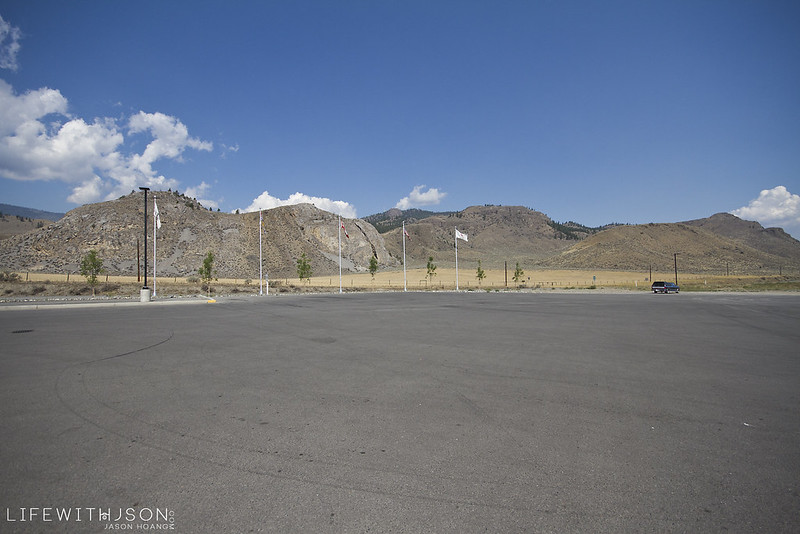 The view from the gas station was awesome – nothing but dry, barren hills and mountains. Vancouver is under a water ban currently because they haven’t seen rain in months – which calls for an unfamiliar yellow/orange scene. It’s usually lush and green most of the year. 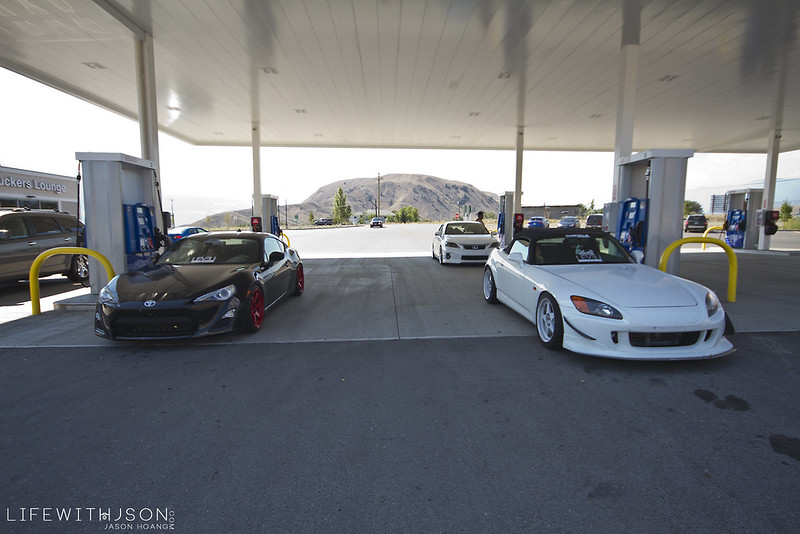 Almost ready to roll out again. 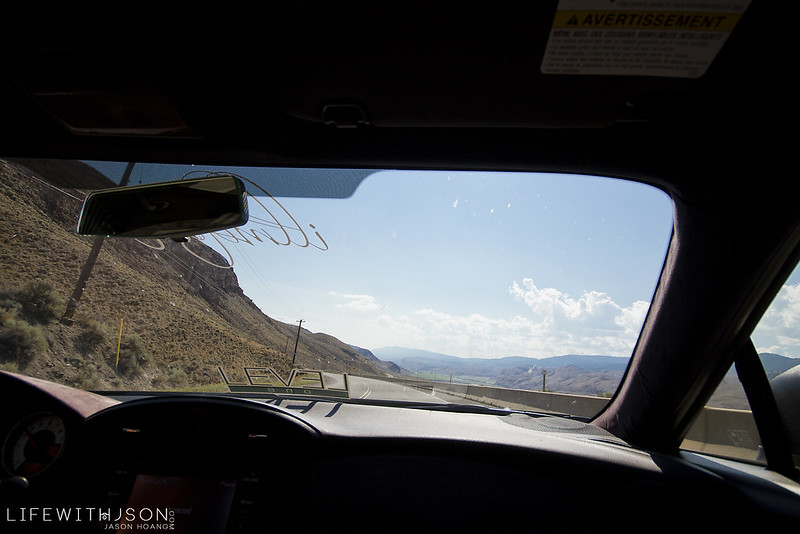 Right after we left that gas station we made our way through the outer parts of the main Cocchiola highway, it was literally like a scene from Top Gear where they just drive – no oncoming traffic, no slow seniors in front of you – just wide open road to drive your car the way it was intended. I would say we had about 50-60km of road like that. 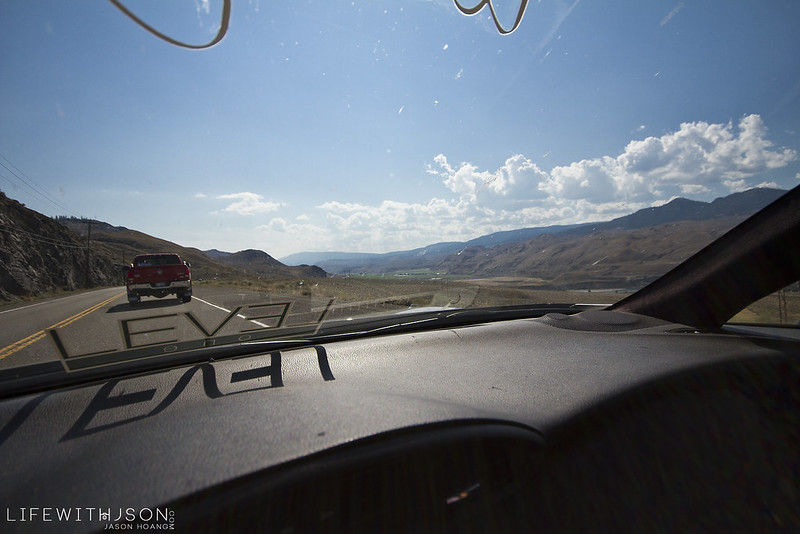 And then this happens… Anyway, that’s pretty much the end of the trip for us. Once we entered city limits, the rain hit us HARD. I think it was the hardest rain I’ve ever really driven through in Calgary – you could barely see in front of you. Maybe we’ll be nicknamed Rain City and Vancouver can have our weather and snow.

Back to car show stuff shortly…