As per one of my earlier posts – Jackie had just moved into a new shop and is in the final stages of settling in. I know he’s been spending his days going to and from the old and new shop transferring truck loads of things. Jackie was gracious enough to hold a grand opening BBQ for people to just come and chill and check out the new digs. Seriously, if you guys are ever in need of anything automotive – Jackie is your go-to guy. He’s done a lot of work for all of our close friends over the last two years – things from air suspension installs, alignments, mount and balancing, to simple oil changes and maintenance.

This new shop is by far my favourite in terms of looks, general layout, and of course the location (for selfish me). Anyway, I took a few shots of the evening – it’s been a long time since we’ve had just a chill night. 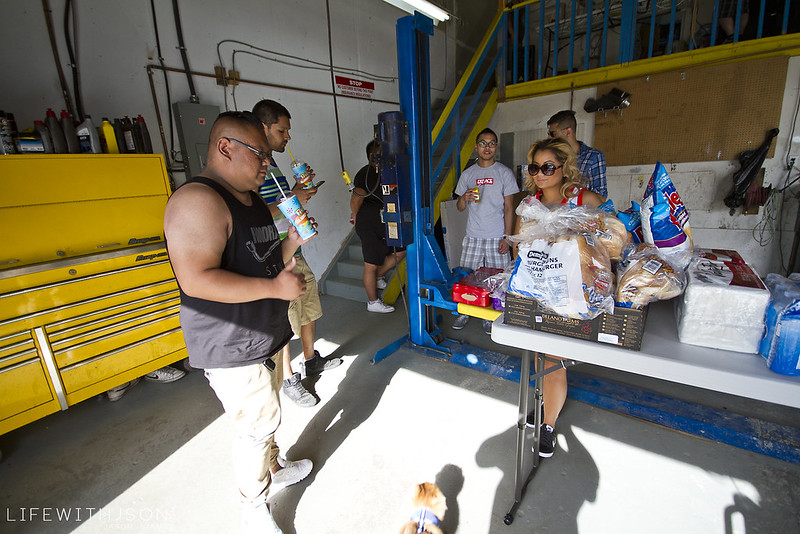 The main squad getting the BBQ stuff ready 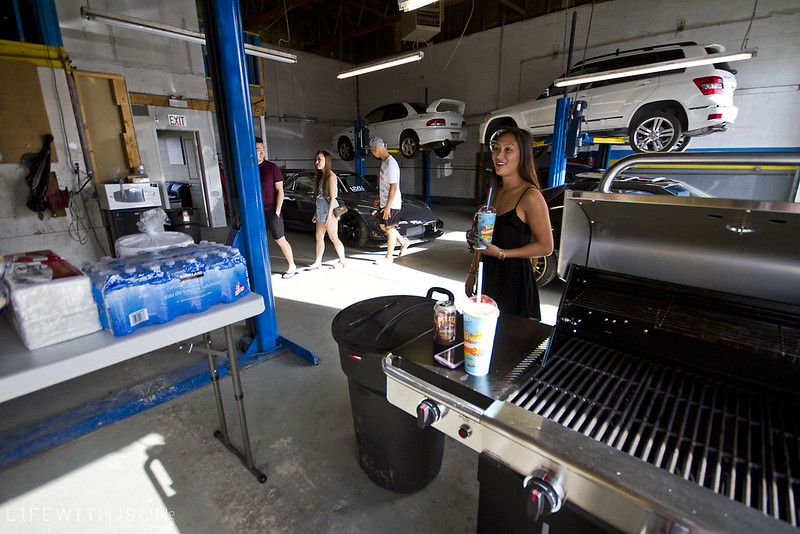 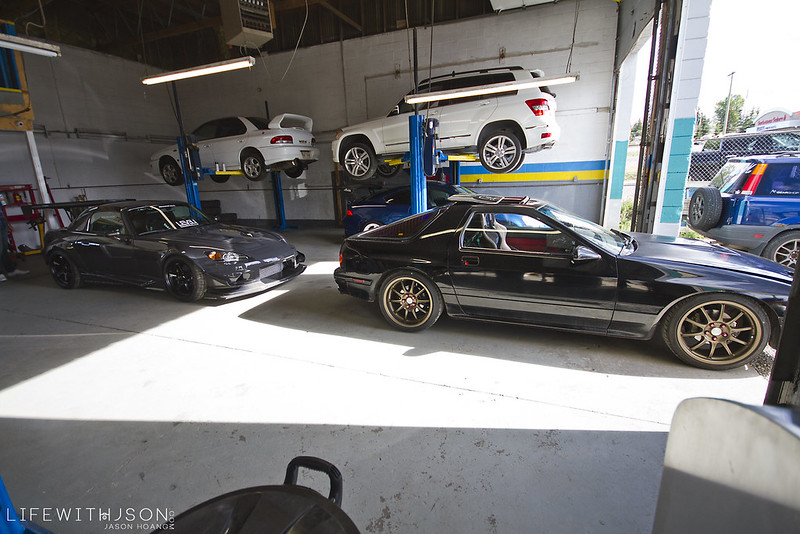 This should be no surprise to anyone that Trung’s car is still with Jackie LOL. Isaac’s LS swapped RX7 up front. 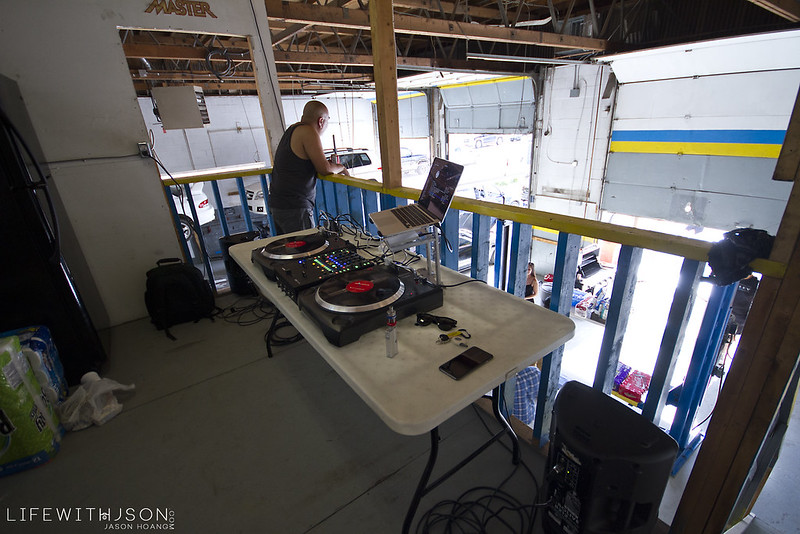 Meanwhile, on the upper level Rich is DJ-ing for the party. 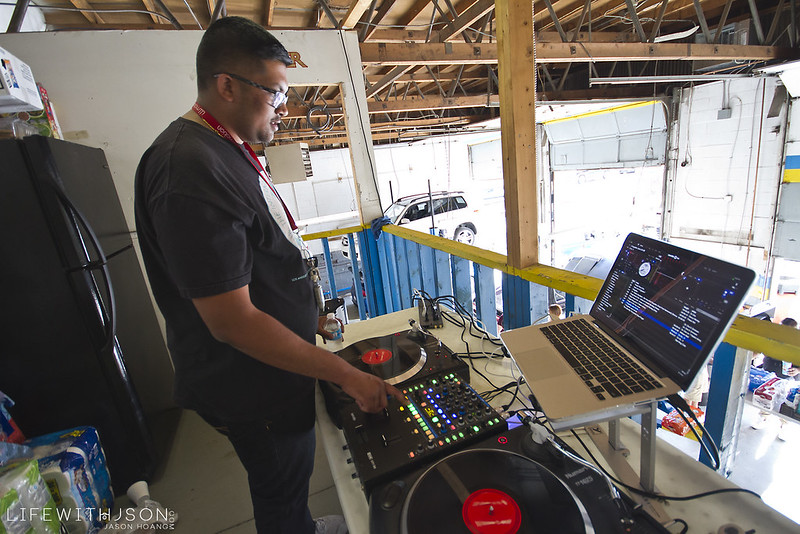 Not too long after, Punit found the sound effect buttons and thought he could replaced Rich. 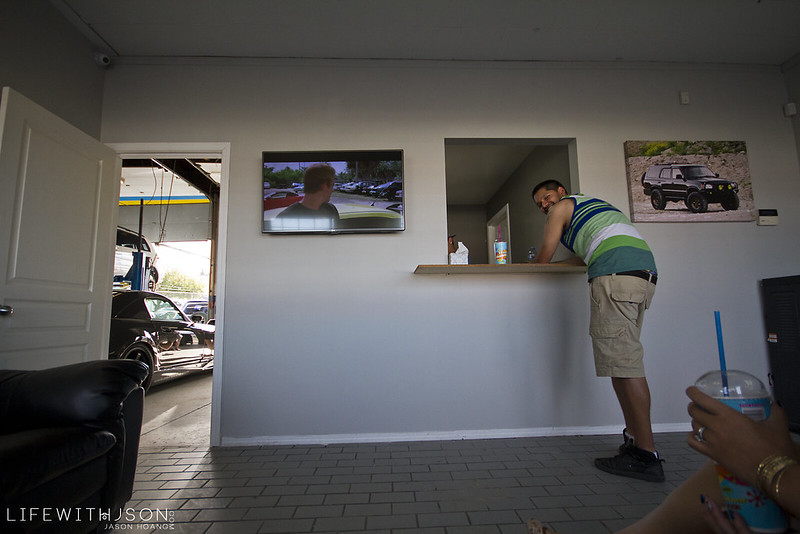 And then back to the lower level, we went to go sit and watch some 2Fast2Furious. Not sure what Gopesh is laughing about. But when you come drop your car off for work here, you’ll have the power of Netflix in your hands. No more of that awkward silence with other customers, or those boring magazines from 2002 – At Balance Auto Garage, Jackie’s got you covered.

Sick sales pitch, right? I do it for free. 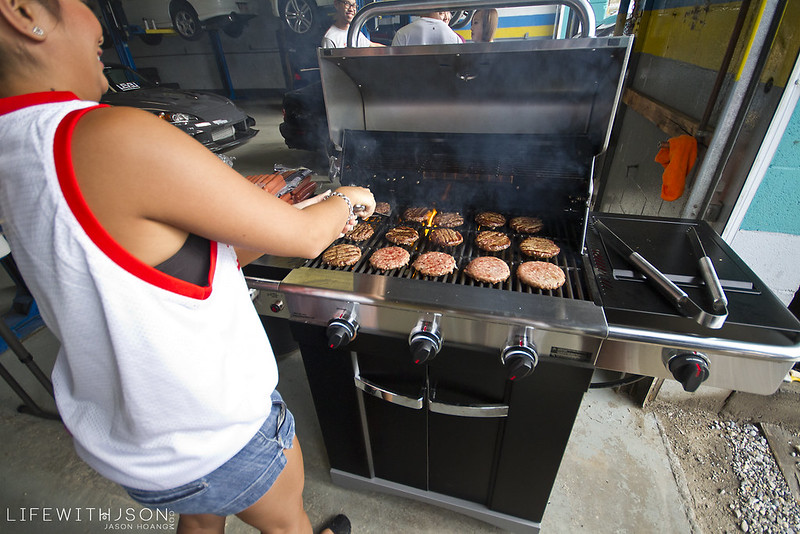 Outside, Barb was in charge of cooking the mighty delicious burgers. They were so juicy that Barb apparently needed to support her spatula wrist with her left hand. That’s what I call determination. 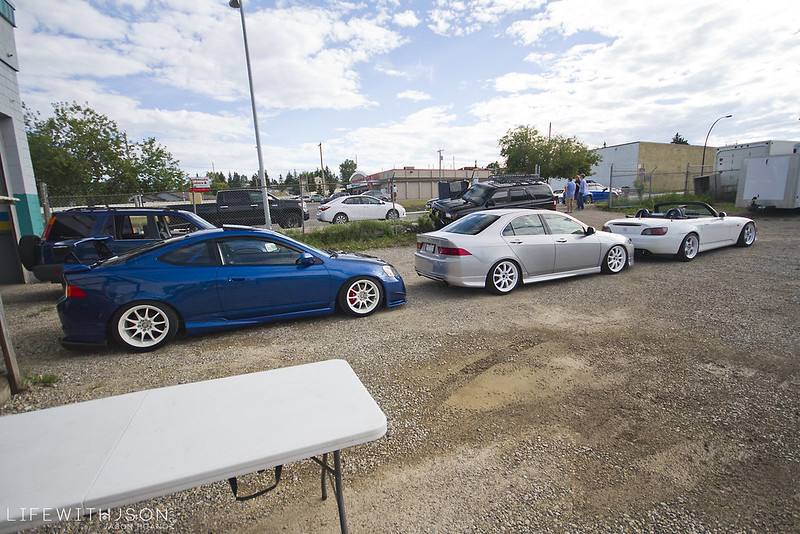 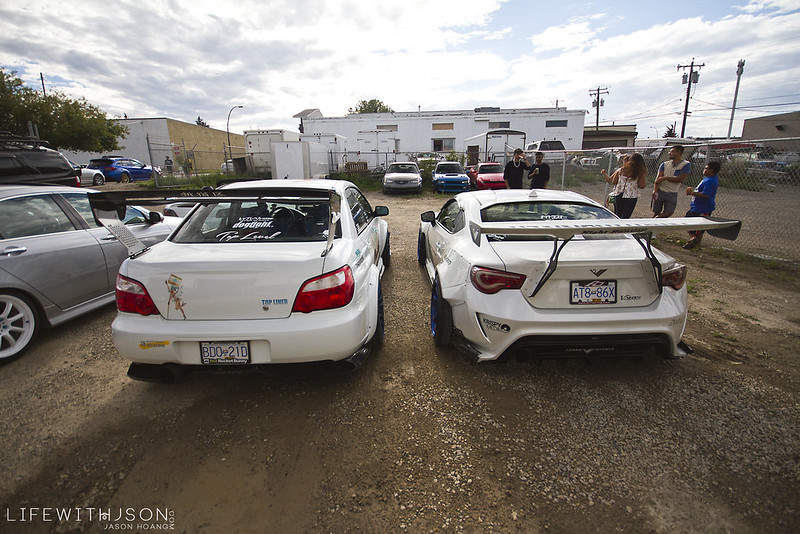 A little later in the evening, Clarence and Reggie showed up after a long trip over from Vancouver. 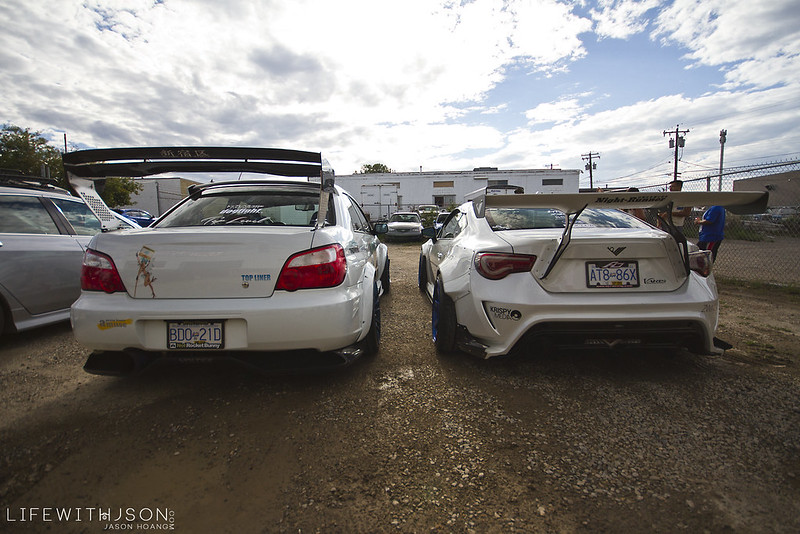 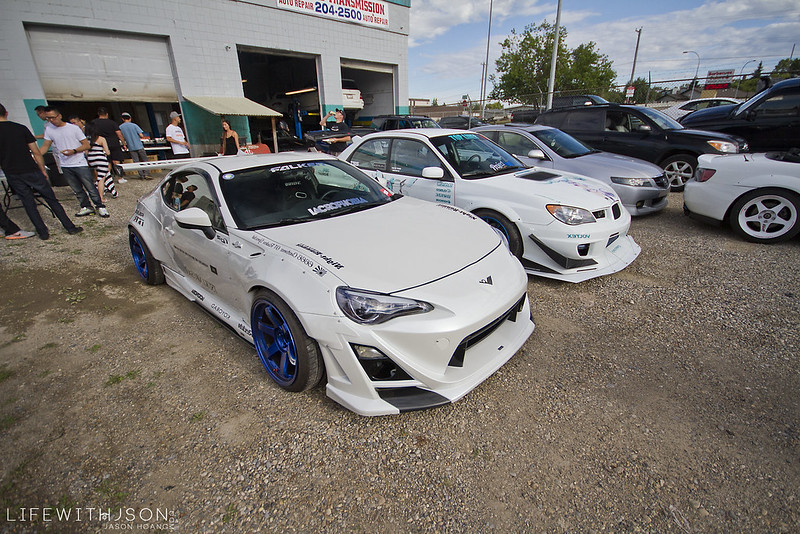 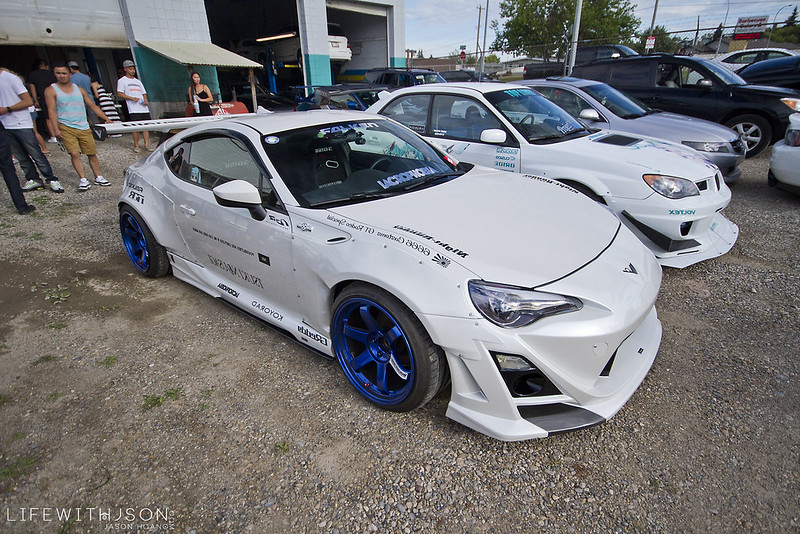 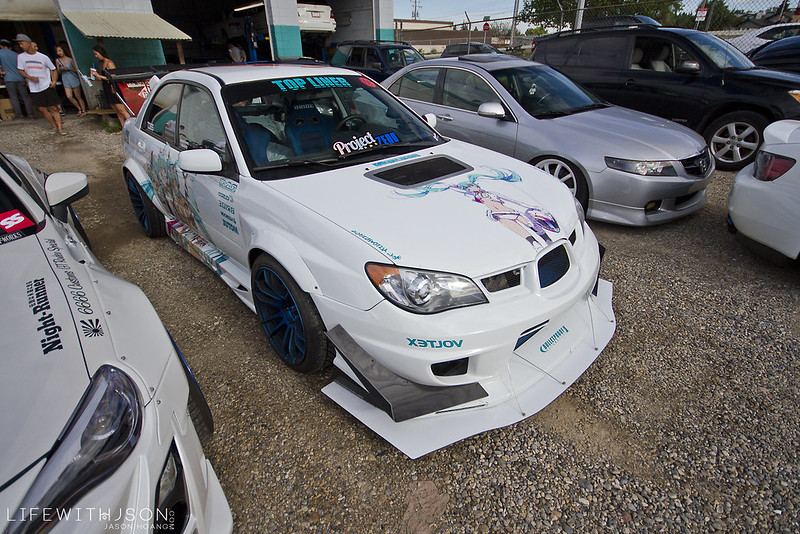 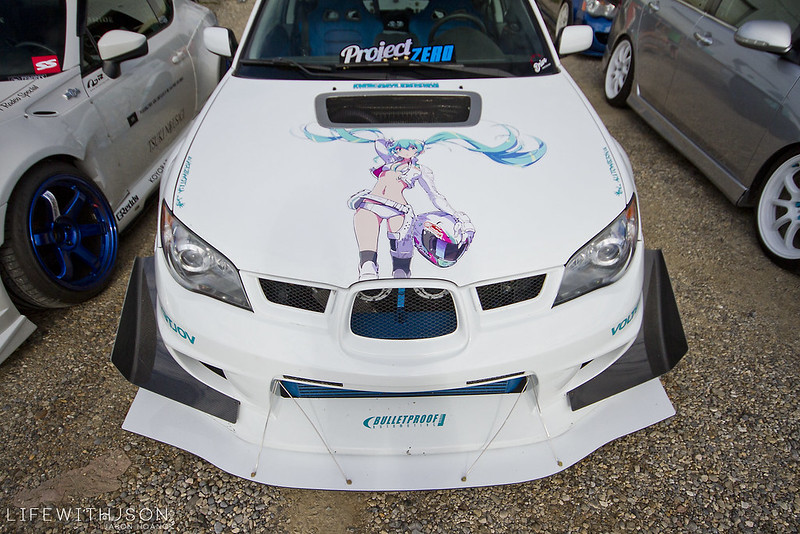 A shot of the front splitter and canards. 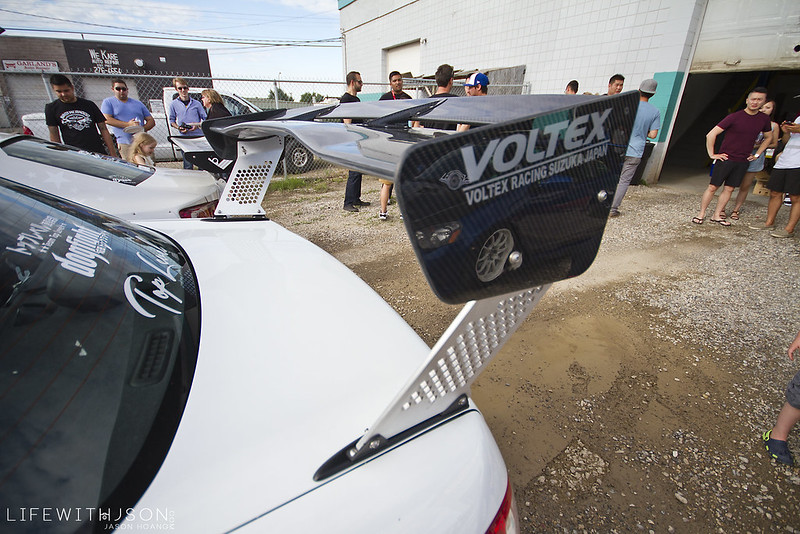 Out back, A Voltex Type 5V GT wing with custom wing stands.

Side note: I didn’t notice until I started editing but Steve’s car is the focus of the photo and not the Voltex sticker like I had intended. Makes for a cool reflection shot. Or I’m just a nerd… 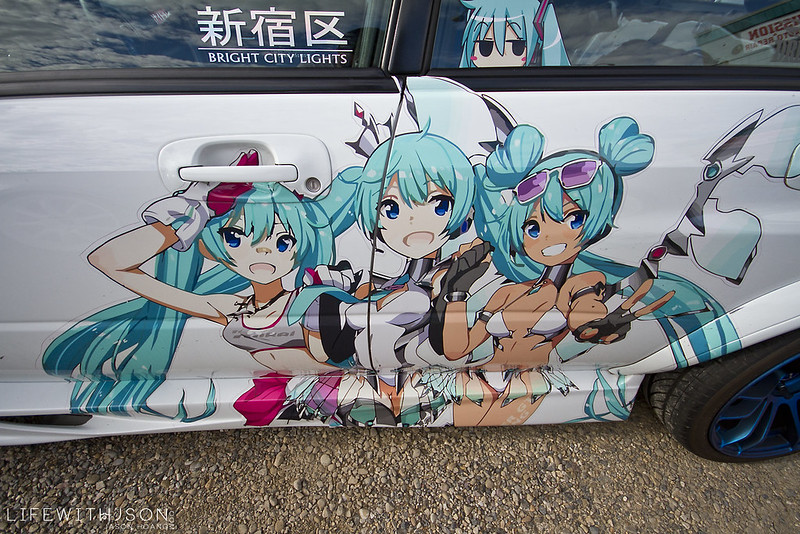 Continuing the livery around to the doors. 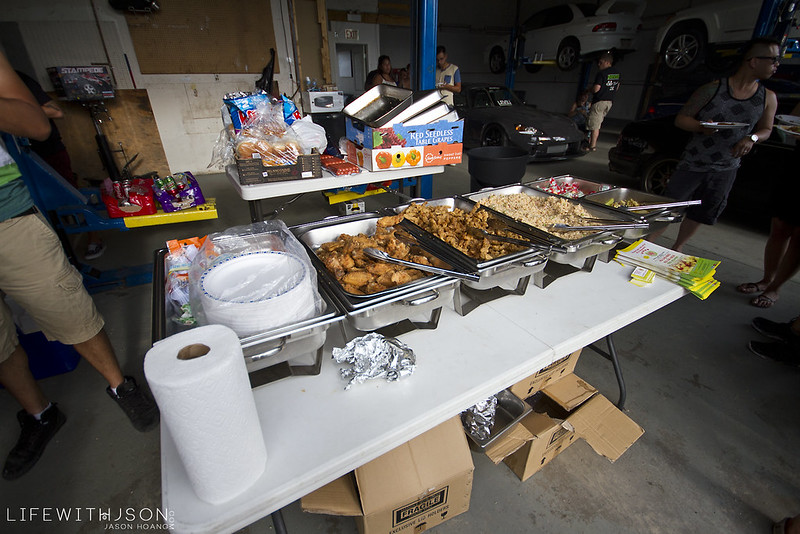 More food inside the shop. You gotta have the Chinese food, man. It’s always a hit. 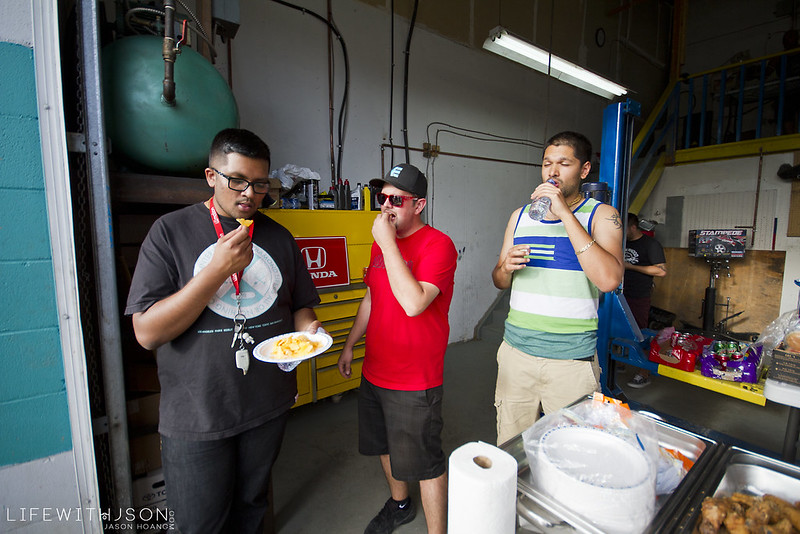 At that moment in time, I captured the looks of three individuals where their only purpose was to put something in their mouths. 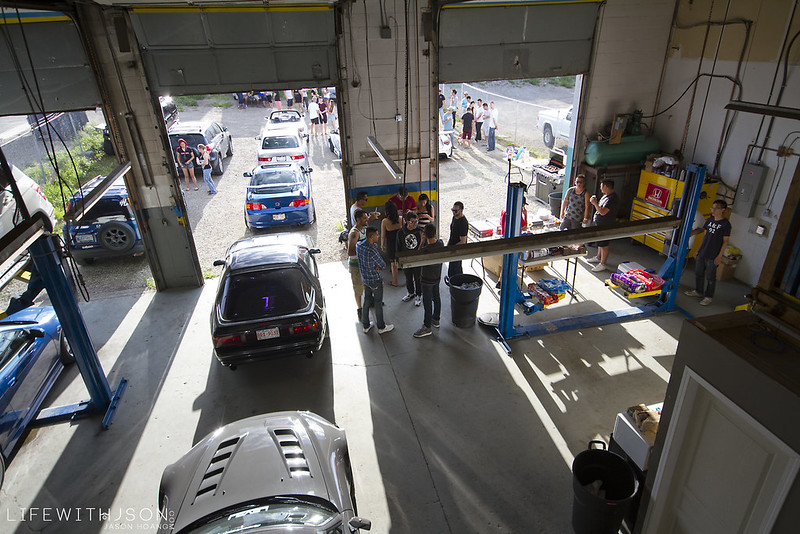 Another view from up top. Most of the people were outside and I don’t know how because it was hot as F. 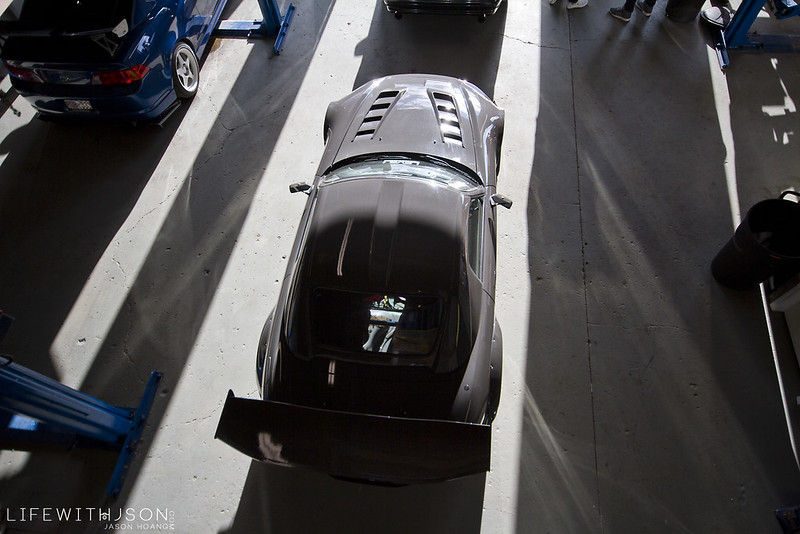 Cool shot of Trung’s S2000 from above. Can never get sick of that view. 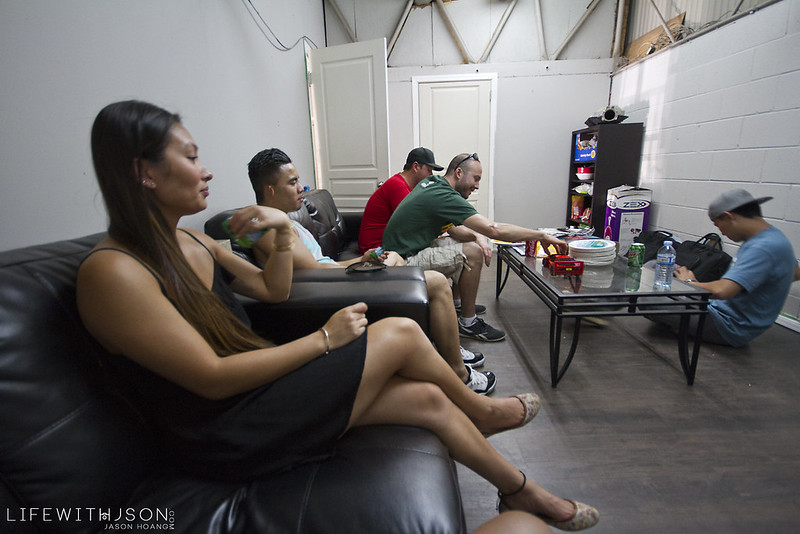 We got lazy again and decided to chill in another part of Jackie’s shop for a bit to get away from the heat. It wasn’t too helpful since this room was hotter anyway… 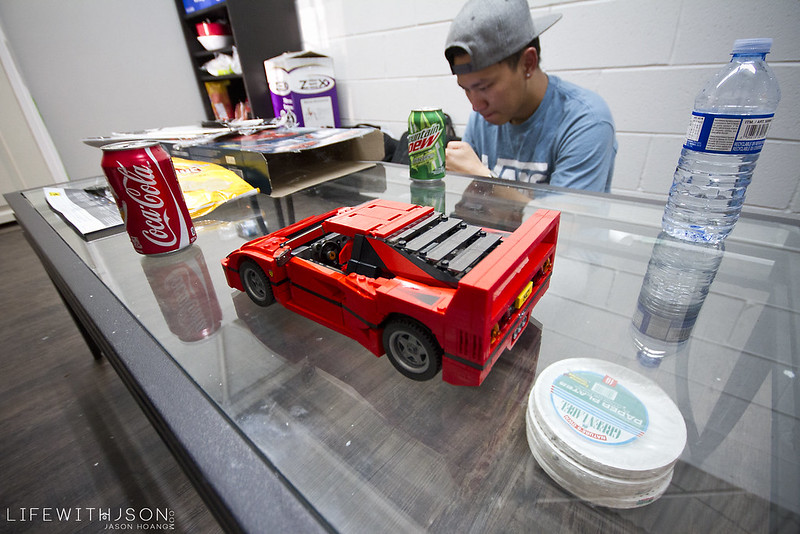 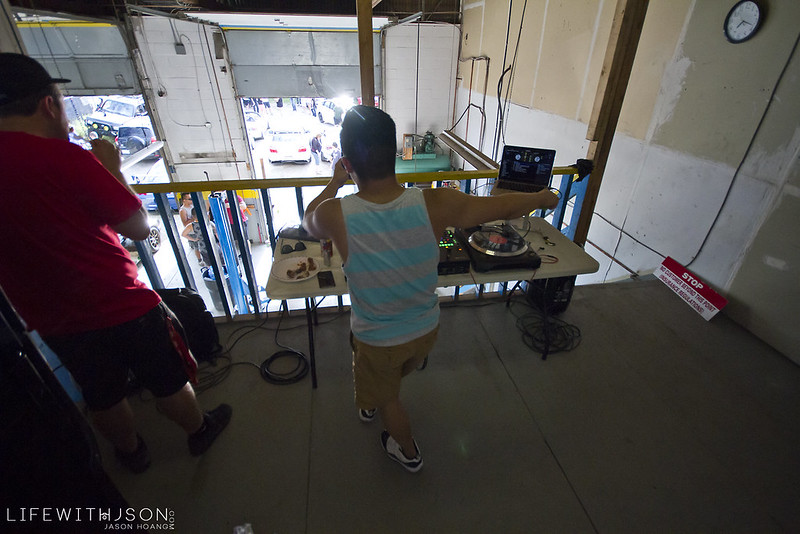 Rich ended up playing only the best party song ever – Danza Kuduro. Aldo couldn’t help but run out and snap it while dancing. It truly is a good song though LOL

EDIT: I added a video of this at the bottom. 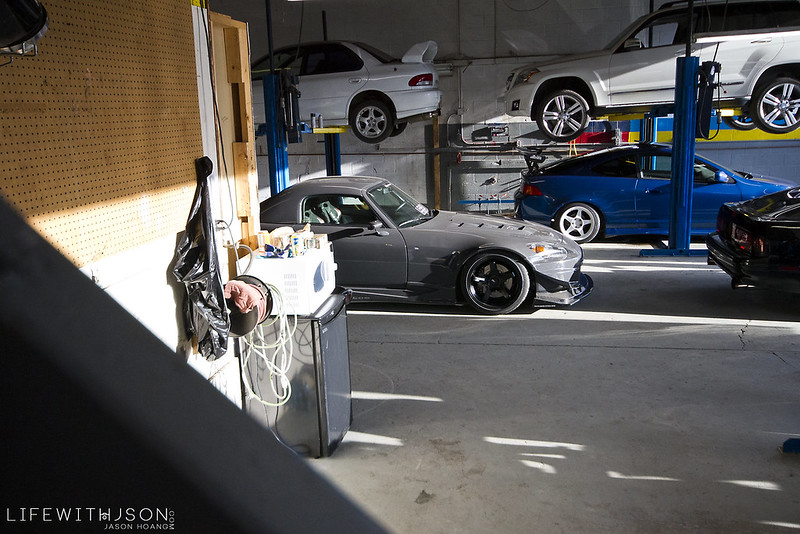 Another artsy shot of Trung’s S2000. The lighting was too good. 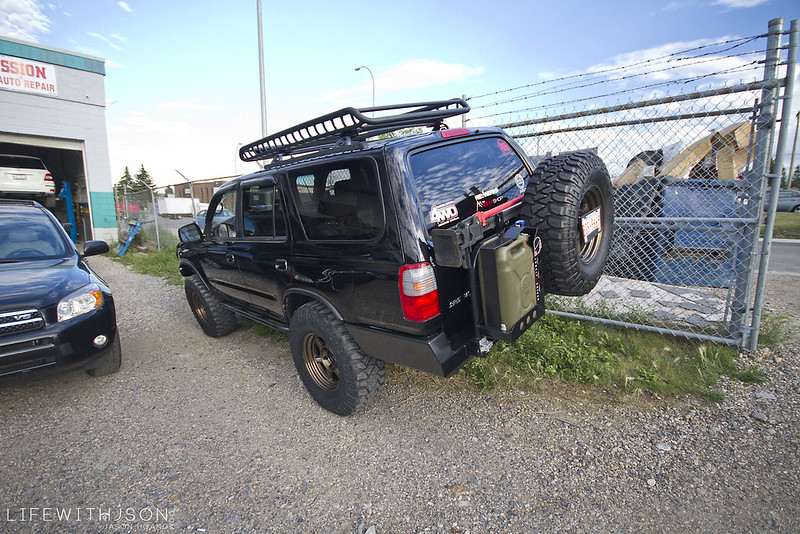 And finally – can’t forget Jackie’s 4Runner YOLO-ing outside the shop. He’s officially open everyone! Go hit him up. Tell him Jason sent you. 🙂

A super quick clip that I didn’t even edit (probably the 4th video I’ve ever made on my 7D) of the general vibe of the shop tonight. I just liked the song lol!

Also – for those of you reading: Remember to check out the illmotion Sunday School show tomorrow at Max Bell arena! Gonna be another awesome show.