Well, our trip to Vancouver ended as quickly as it started and it’s back to the grind for me.

Some of you might be wondering what we went out to Vancouver for and to be honest, we didn’t have any real purpose. It’s really just to have a good time and hang out while enjoying our cars along the way. The last time we went to Vancouver was a few years ago and that was amazing. This time, we’re all in new cars (except for Gopesh) and we got a few new faces with us. We mostly planned on being foodies and checking out the night market and typical Vancouver stuff and I think we were all able to do what we wanted!

If you know me, you know I hate long drives… And this one is no exception. The roads are beautiful and give a lot of curves and speeds to make it somewhat more exciting, but the ride there and back was just brutal. I know I’m not the only one either – Aldo was cramped in his bucket seat for the same amount of time too. By the end of it all, my damn heel was sore (no cruise control). The last thing I want to do after the trip is drive. LOL

Anyway – I’ll do this in parts again, I didn’t take my camera to some of the places we went because it’s a pain to lug around but I did get some good coverage of the heavy hitters at HIN, I got a photoshoot of Jackie Law’s new set up, and a few random photos here and there in-between everything else. We met up at 6AM and rolled on out… 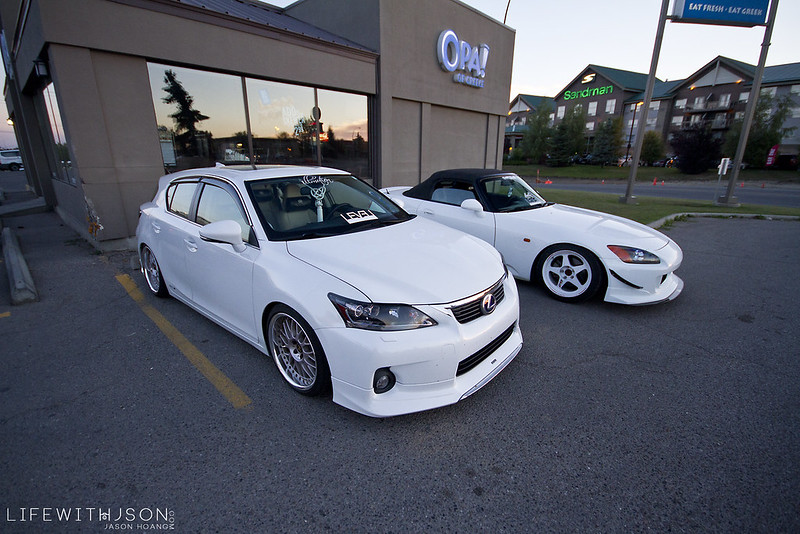 JC and Aldo – the white bruhs 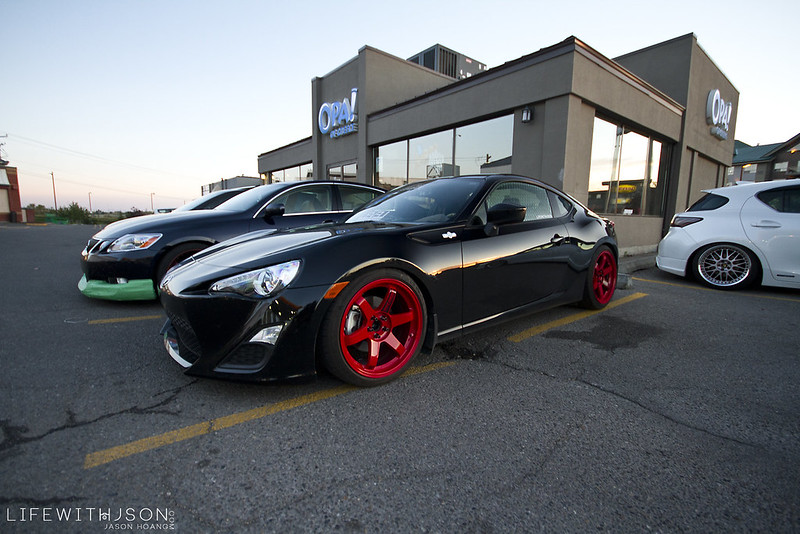 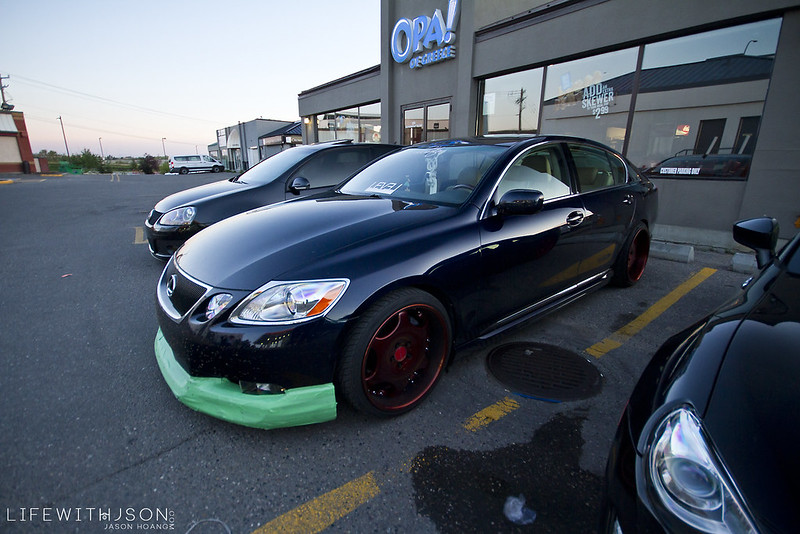 Punit took the GS over the Integra this time – front lip all taped up. 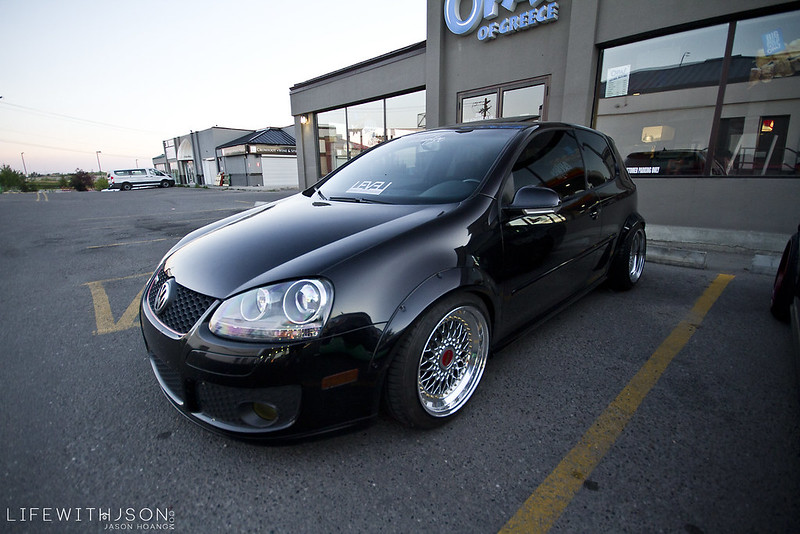 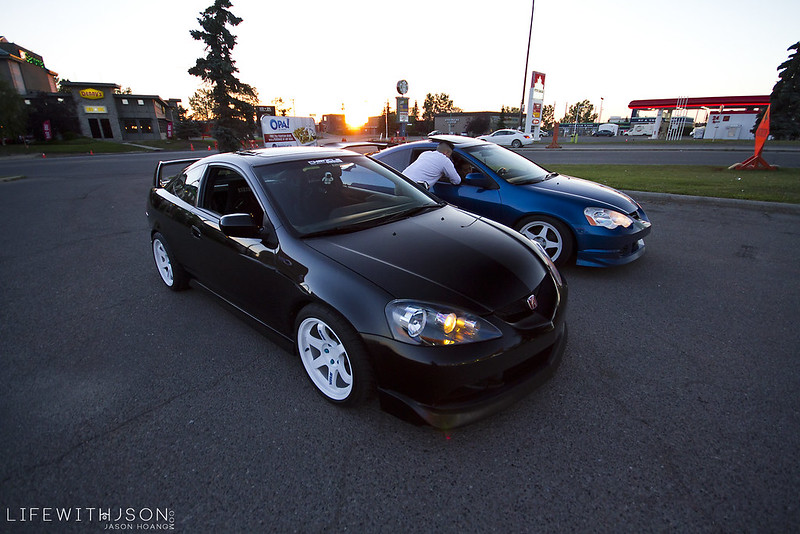 Brandon and Errol – Team RSX over in the other corner. I’m loving the white TE’s on black on Brandon’s car. 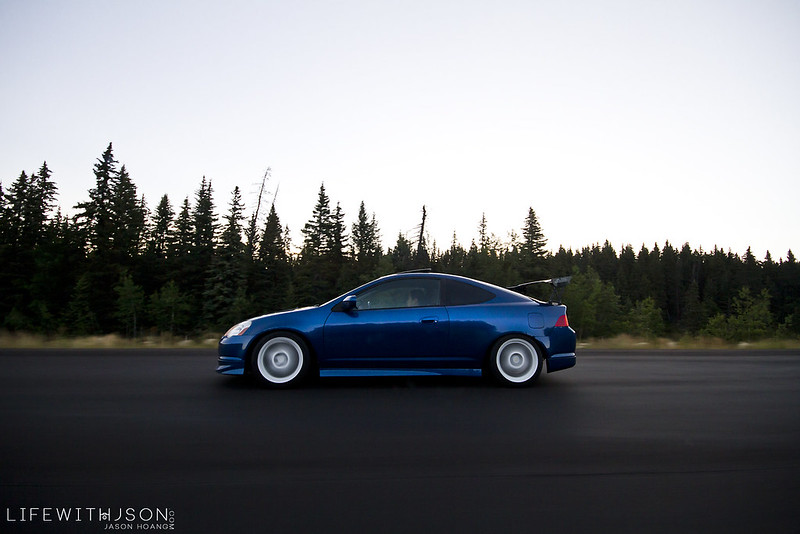 On our way, I got Diana to try her hand at taking a few rollers of the guys as the passed. She did end up getting two decent ones. I was surprised at this one she got of Errol’s car. The J’s wing looks awesome. 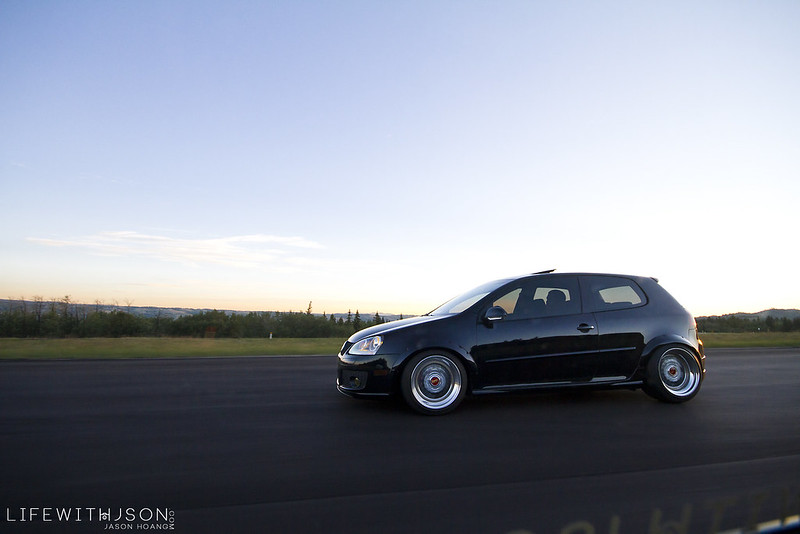 She also got Gopesh’s car with the early sunrise. You also get a little bit of the “Lifewithjson” sticker 🙂 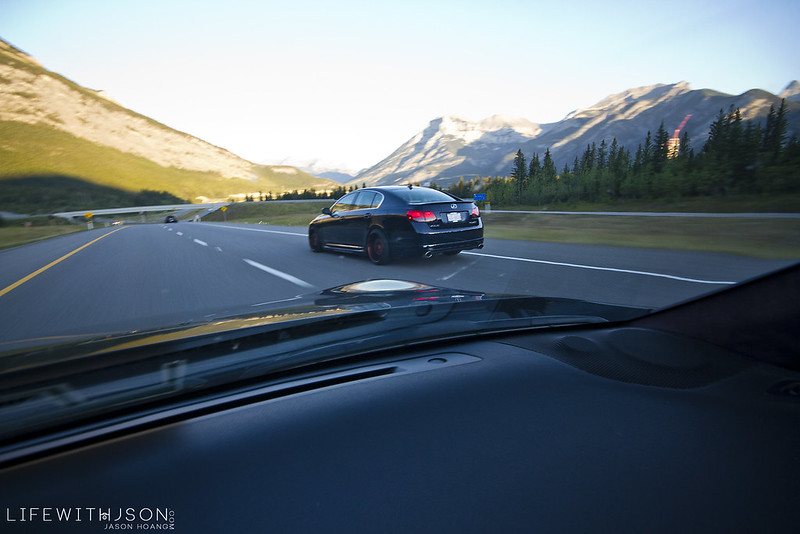 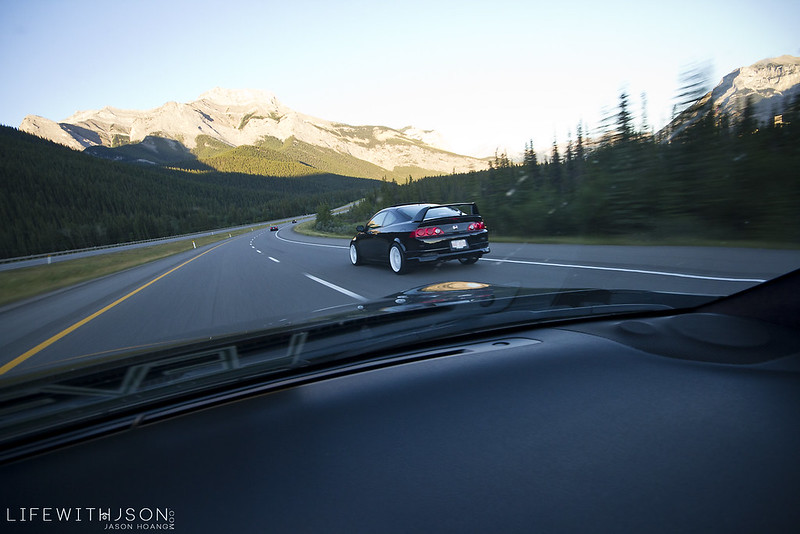 And Brandon following right after 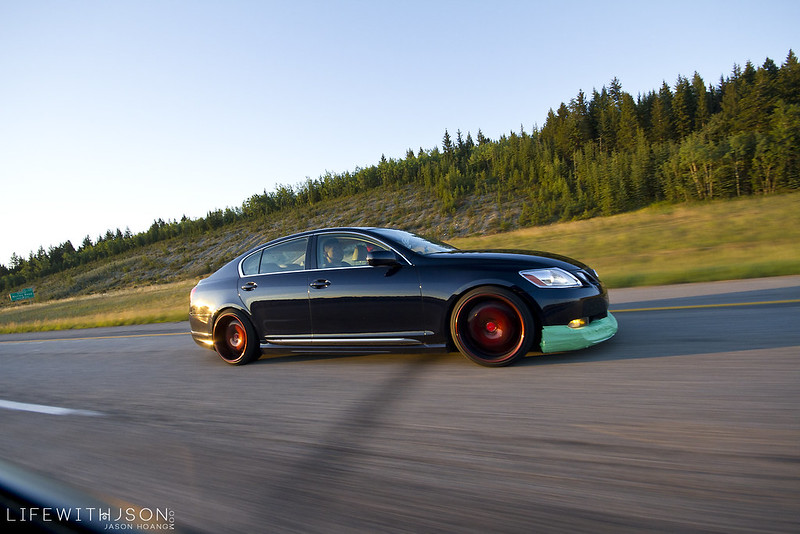 I took the camera and tried to get some shots on my side as well – got this one of Punit’s GS. That sun makes the copper pop nicely. Unfortunately that was it for rollers that actually turned out. 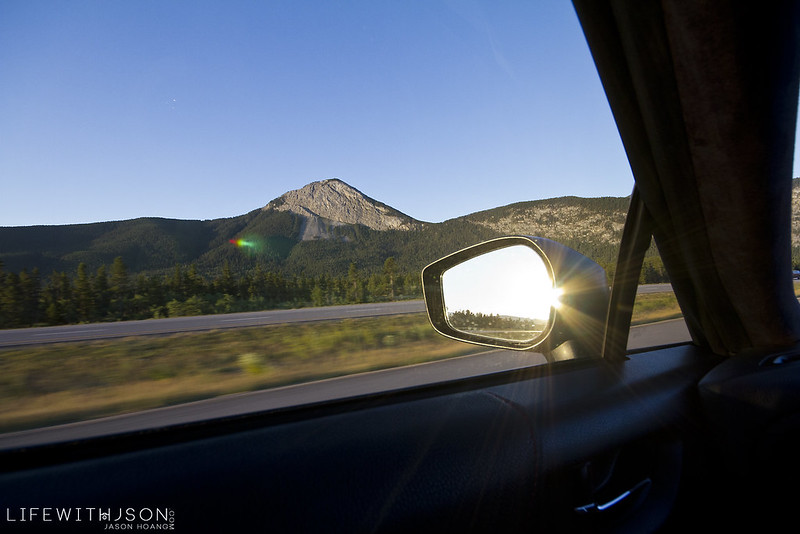 When you leave at the right time, you get some really nice light and scenery. The drive to and from Vancouver/Calgary is always awesome. 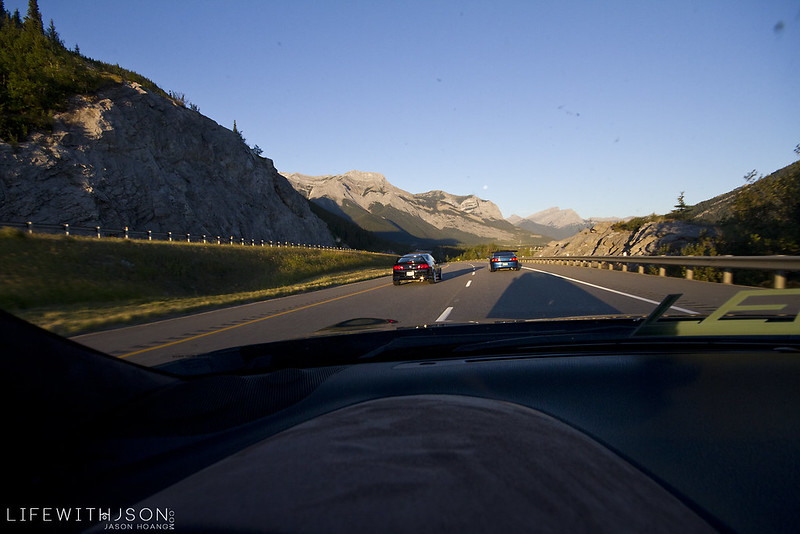 Brandon and Errol into the mountains. 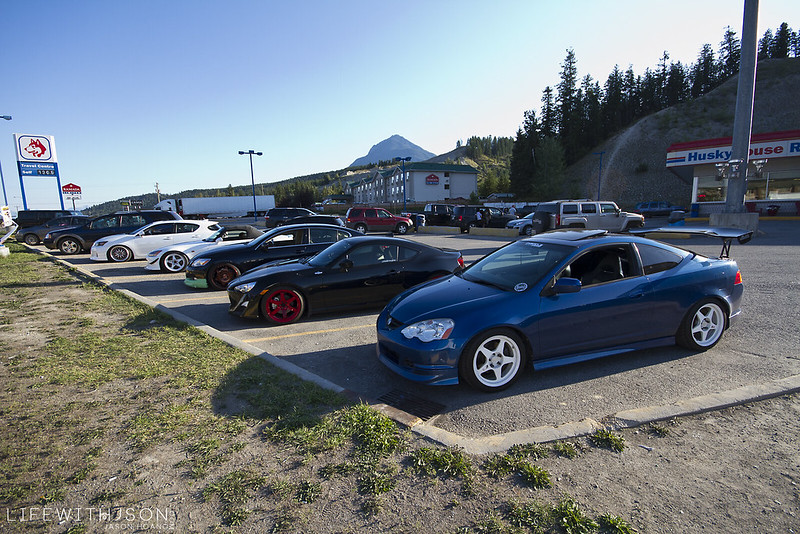 We made our first pit stop in Golden. We made it there in record time – 2 hours. 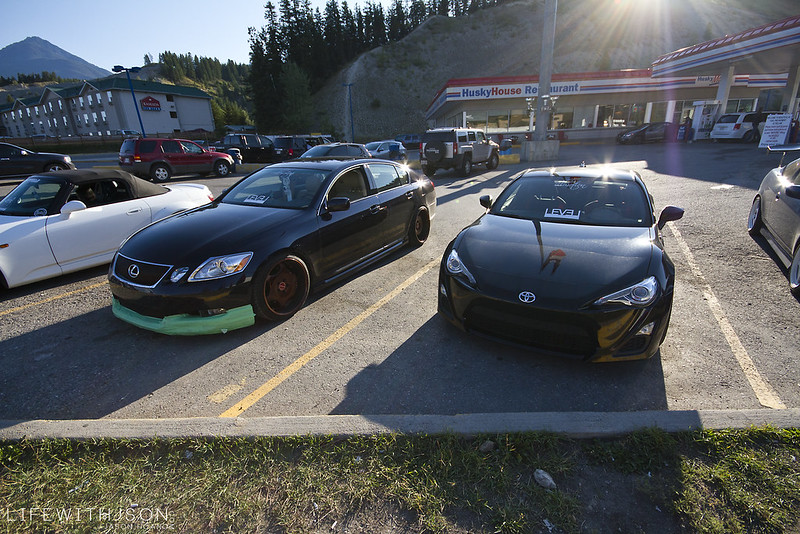 The early sun still shining down. 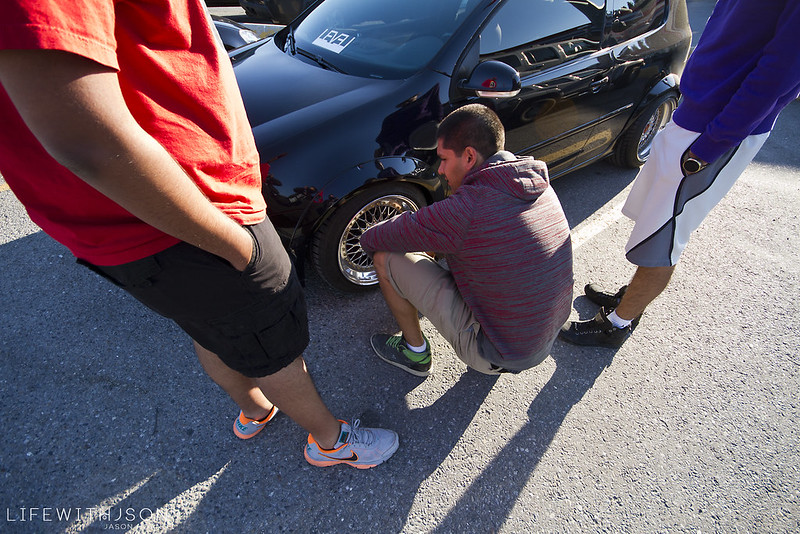 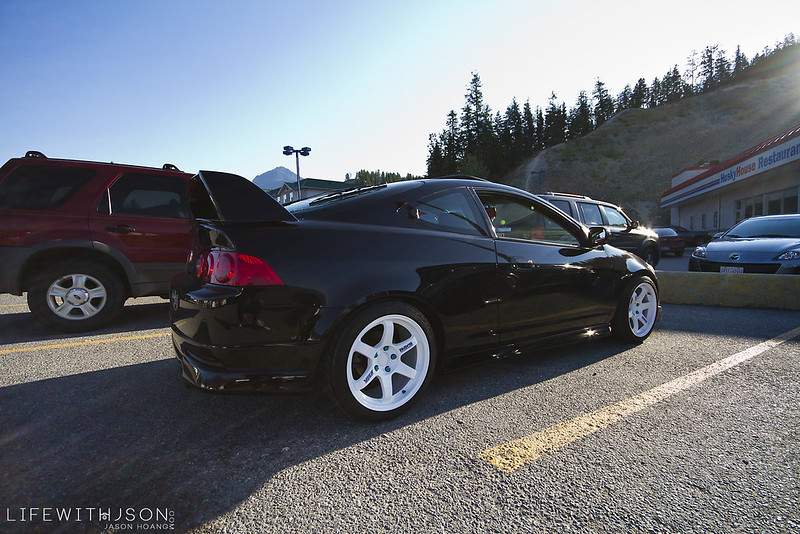 Can’t get enough of this look. I’m a sucker for white TE37’s. 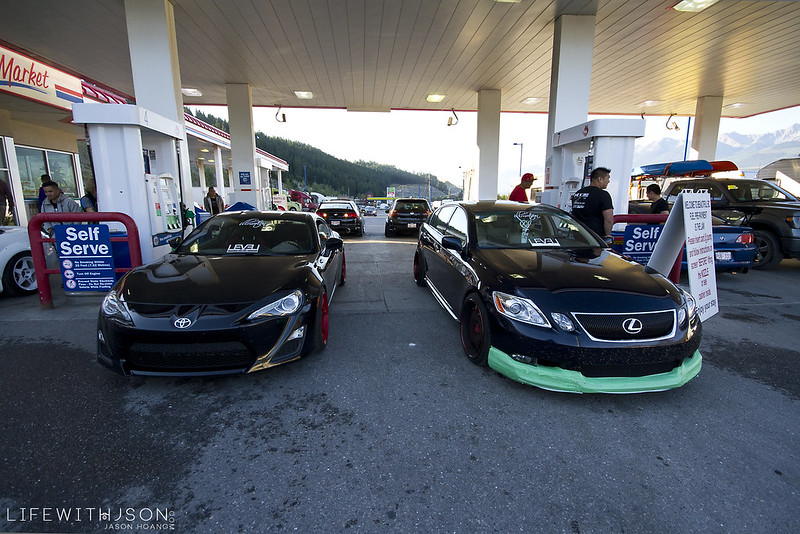 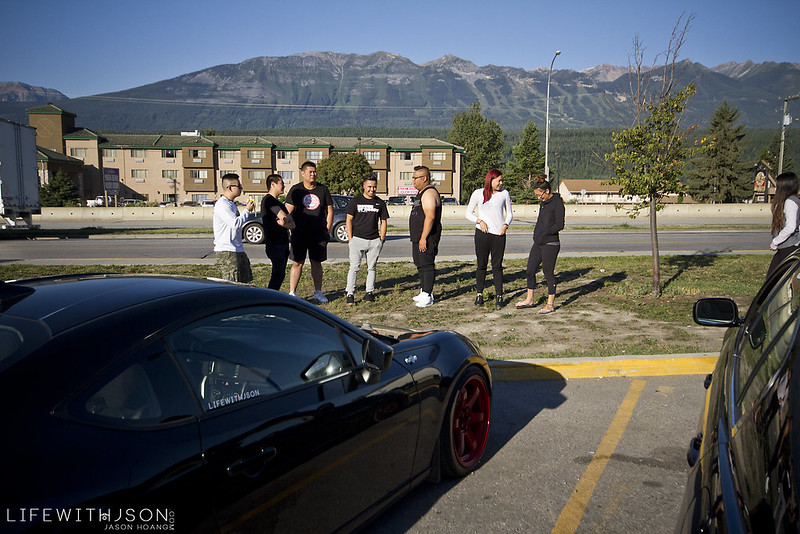 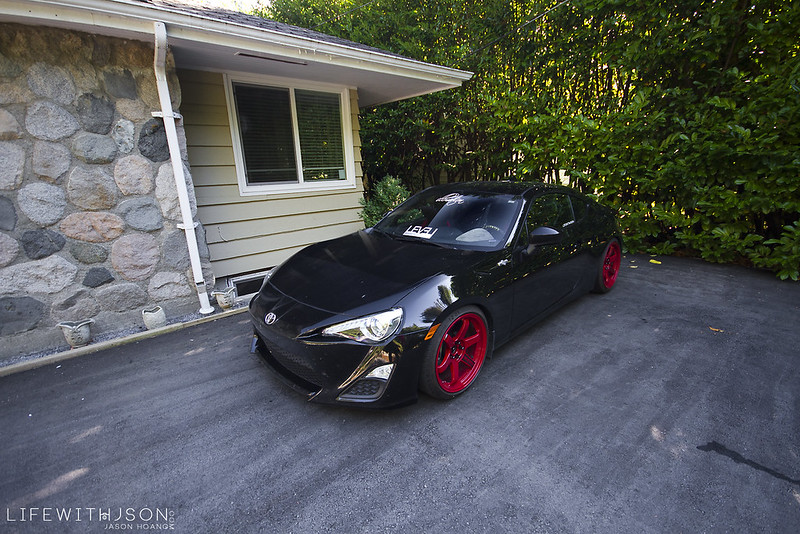 And something like 8 hours later, we made it to the house! I wish we could travel back and forth as quick as my photos make it seem. The ride to Vancouver was extremely easy – very few cars, only one cop that we saw, and some of us even topped out at 200km/h in some areas. The girls were quite anxious at those speeds but it’s really the only opportunity we get to stretch our cars legs like that. Can’t get away with that in the city…

Next up will be HIN!