FINALLY I’m somewhat back. Sorry for the lack of posts lately – I’ve literally had nothing to post and no time to shoot. The past few DAYS have been go go go and honestly, the last thing I want to do lately is pick up my camera. In the past, all I wanted to do all summer is go out and take pictures of cars but being an “adult” means needing to do “adult” things and that gets in the way sometimes. We just finished the fence and now we have to do the lawn and all that other stuff so my weekends have been occupied a ton. We also recently got back from Mexico last week for Diana’s birthday so that was a write off as well. I’m hoping to have more content here soon though, since we are all leaving to go to Vancouver this weekend to just chill. I’m thinking there’s gonna be lots of pics and while we’re down there, I hope to get some pics of the BC talent too.

And just to further to that, there has been absolutely zero progress on my car. Nada, zilch, nothing. So there’s obviously nothing to update on and I’m sure you’d all get tired of just seeing pics of my car at different angles and no additions after a while so I’ve really just been chillin’. I have ordered part of my body kit for next year and I’m just shopping around a bit more for the rest of the pieces and I’ll be golden. Next year will be game time again so I’m super stoked – it’s scary that I’m saying this, but I’m looking forward to winter because that means it gets closer to getting all my parts onto the car. It’s a bittersweet thing, really…

Anyway, I promise to try to get on it after we get back from BC – I think everyone in general is just in a chill mood so it’s kept me really unmotivated. Thanks for those that have been commenting and sending me emails to get my shit together – I really do appreciate the support, even though it’s just little, old me doing this. I check up on the blog everyday and I wish I could magically post things but I’m coming up dry.

So to get this somewhat back in the game, I just wanted to share Jackie and his new shop – Balance Auto Garage – also getting back in the game. He left his origins (Zero Limit Automotive) a while ago and created a fresh start for himself again at a new location. This would be his third location and everywhere he goes, the rest of the scene up and follows him too. That’s the type of loyalty you get when you provide good service and quality work – it doesn’t matter where you are. I’m personally glad that he decided to move back north closer to me (I know – selfish :D), cause now I’ll have more of a reason to come and chill… 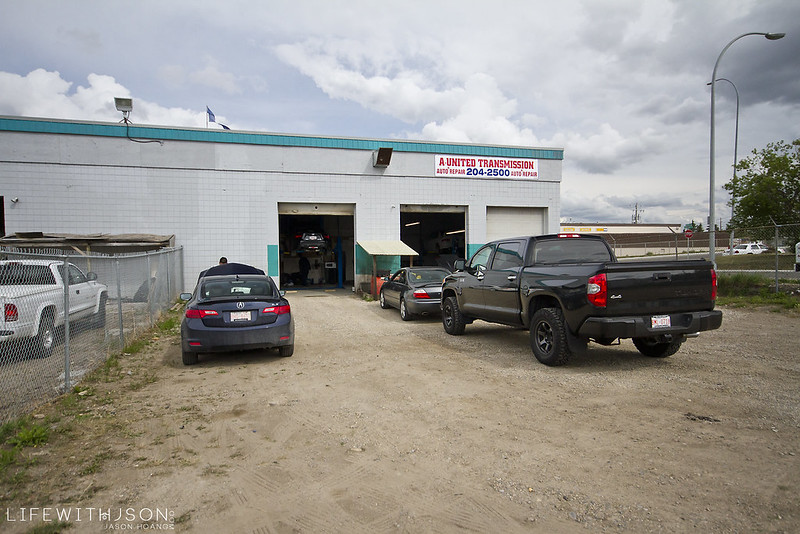 Outside the shop. It’s no longer A-United Transmission and that will all be changed soon as he is not officially opened yet. He’s still doing small side work in the meantime, but his grand opening is August 8th. 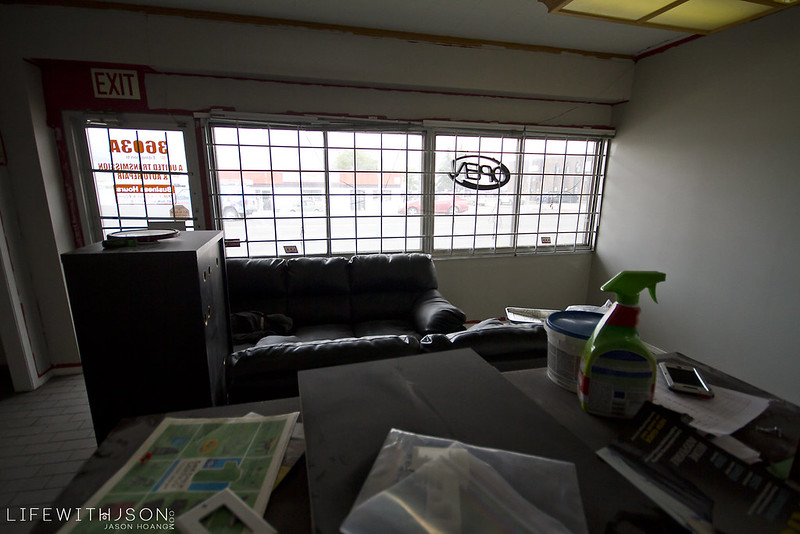 The shop front which is still under renovation since it was left in rough shape. 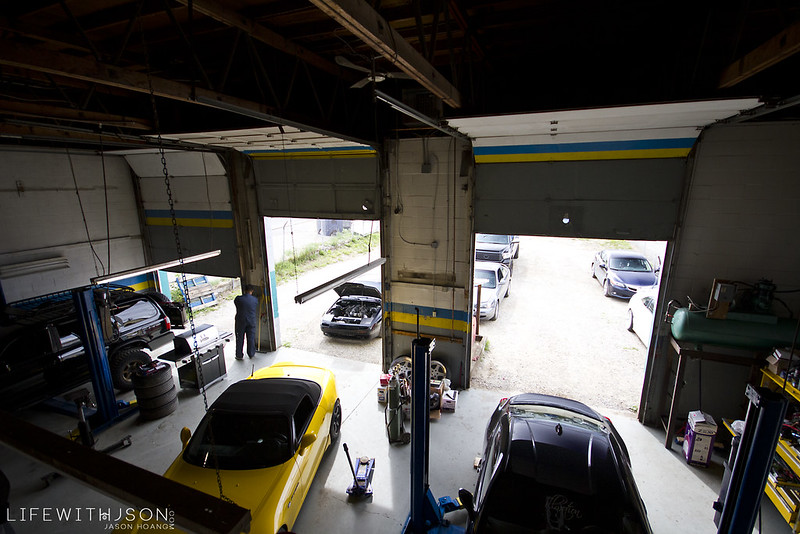 The back of the shop up on top of the lounge area – which is super cool – looking down into the work space. Three openings, lots of space, it’s almost Fast and Furious-like… 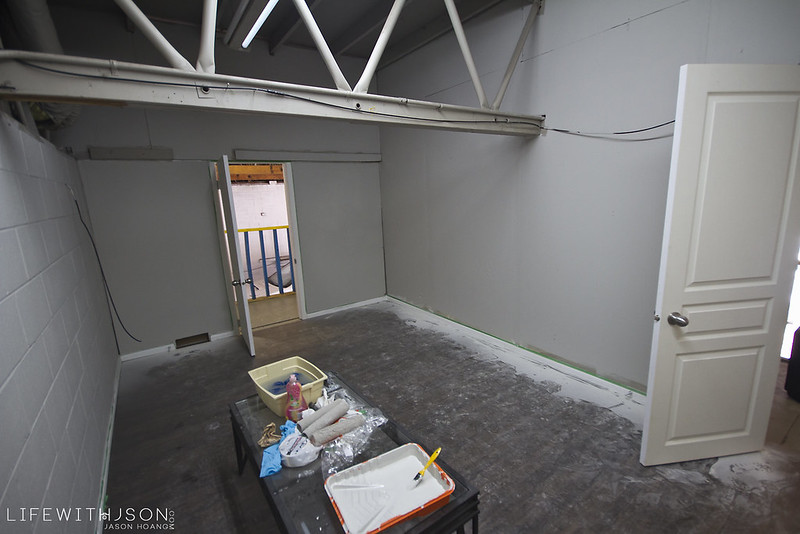 Right behind the balcony is a room that Jackie has been working on and painting, with plans to have TV’s and racing set ups in the near future… Which also mean me coming to play… Which may also lead to divorce. I don’t know yet. 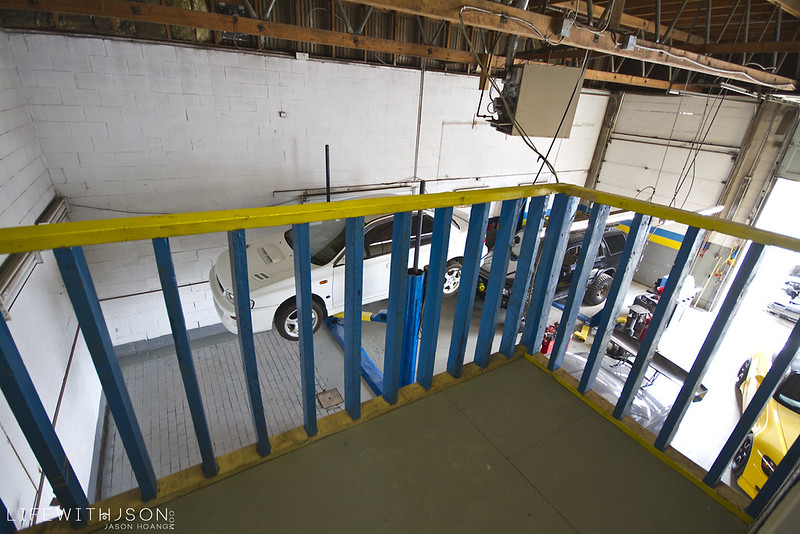 Outside the other entrance is another small balcony to look down onto the other side. 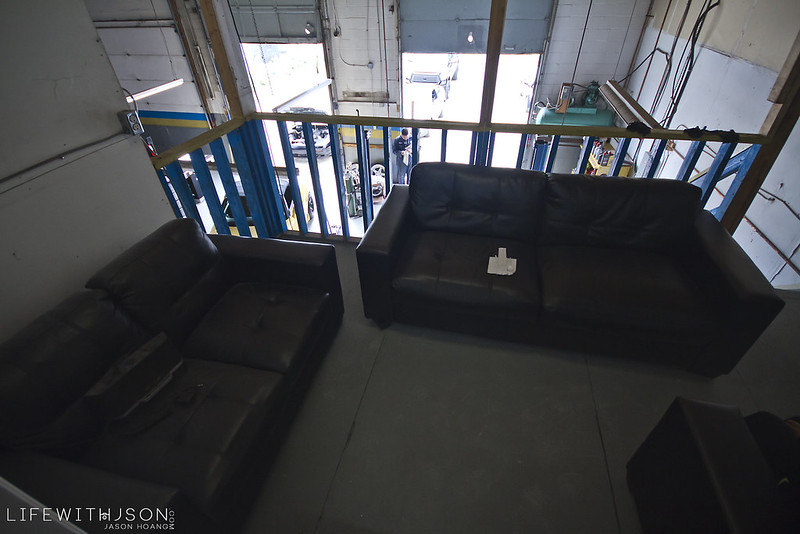 And on the other side, couches to relax. 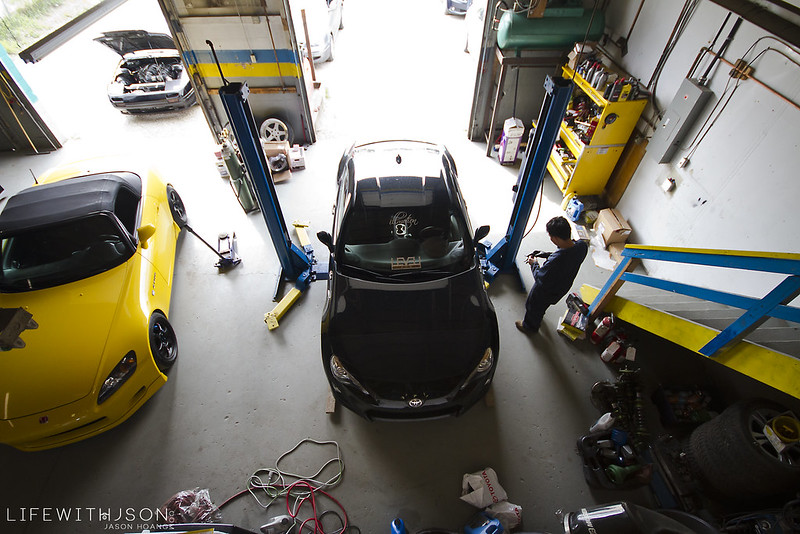 Looking down – the car getting on Jackie’s hoist for the first time. 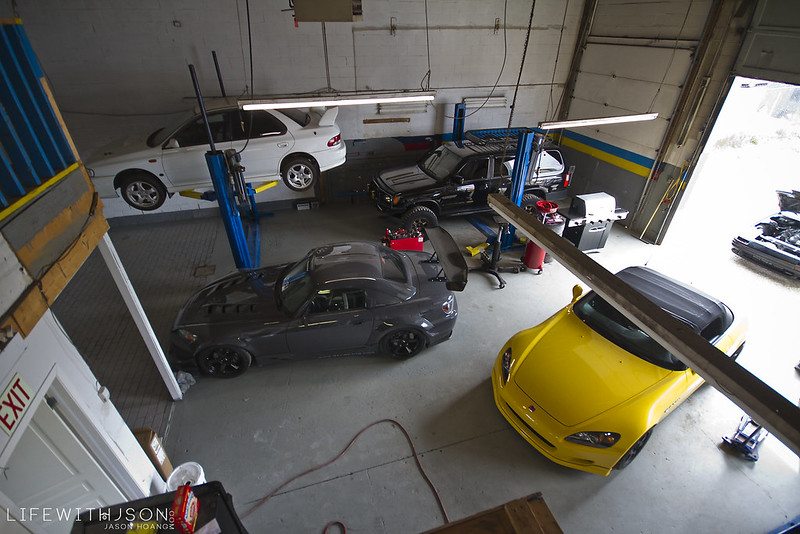 The other side is a line up of some pretty cool cars. Some that you might recognize… 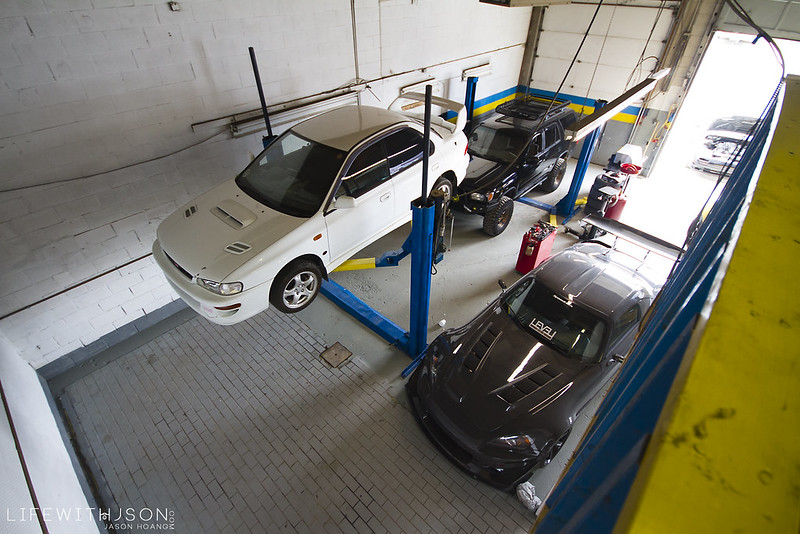 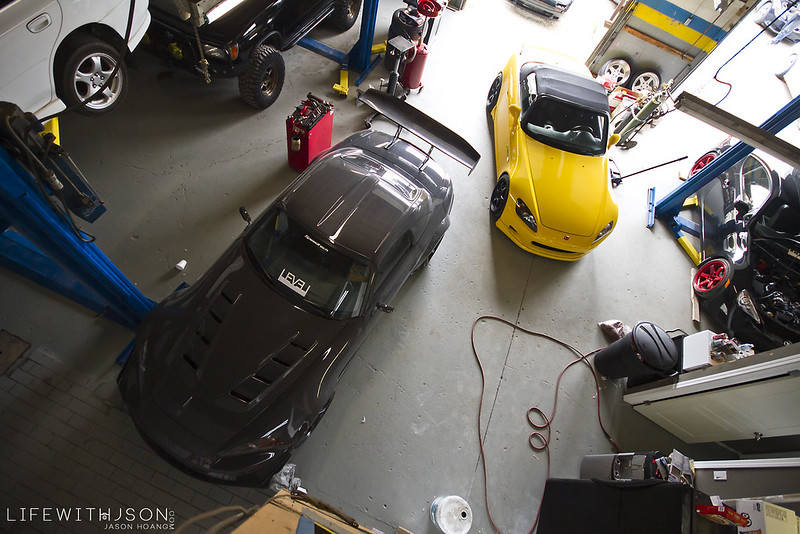 Trung’s S2000 is probably familiar to lots of you, and of course, one of Alex’s 7 cars… Unless he acquired another 10 that I didn’t know about… 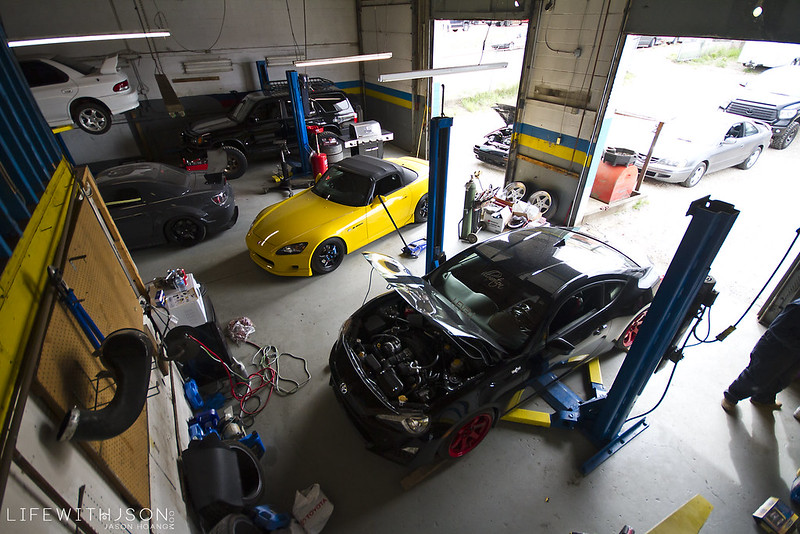 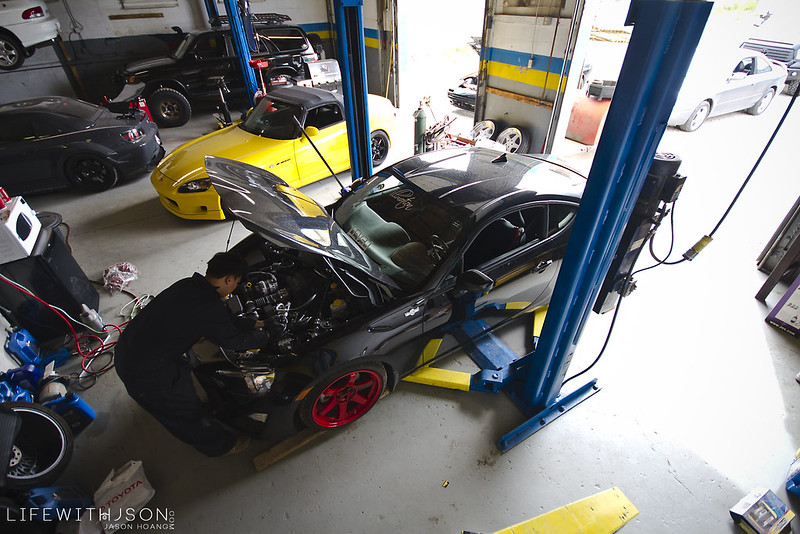 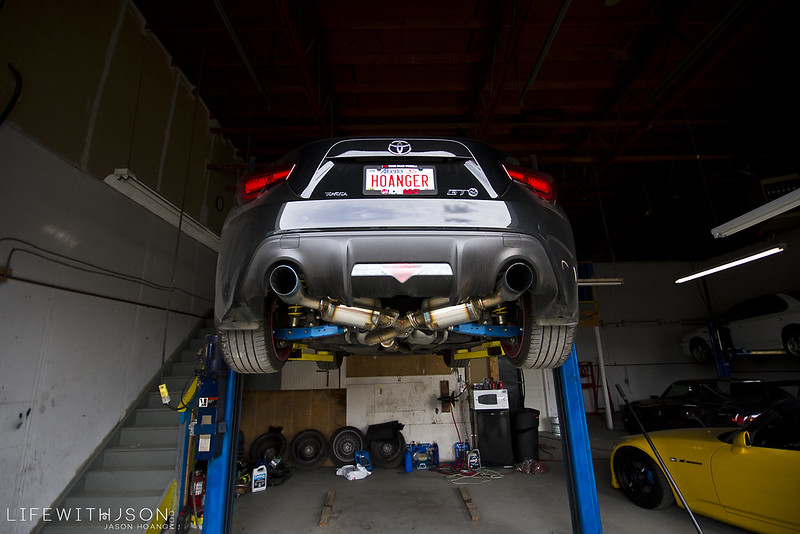 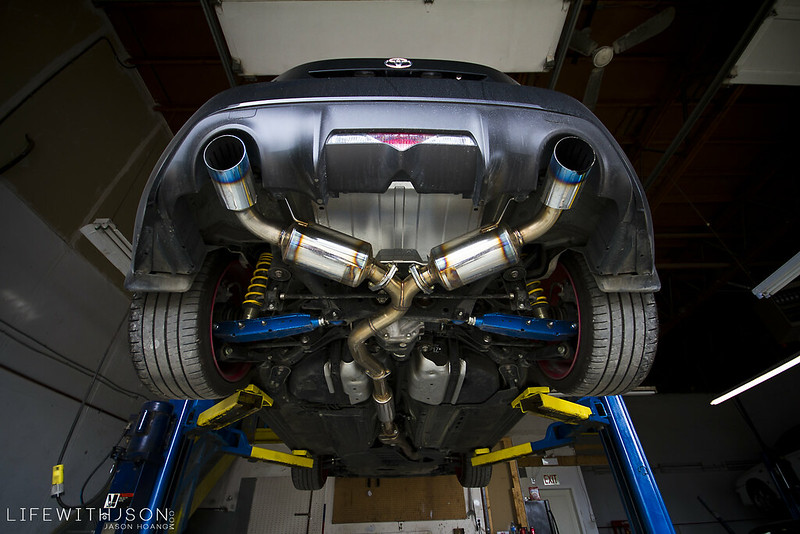 God, it’s so dirty. It’s been raining every other day the last few weeks so I’ve just given no f*cks. 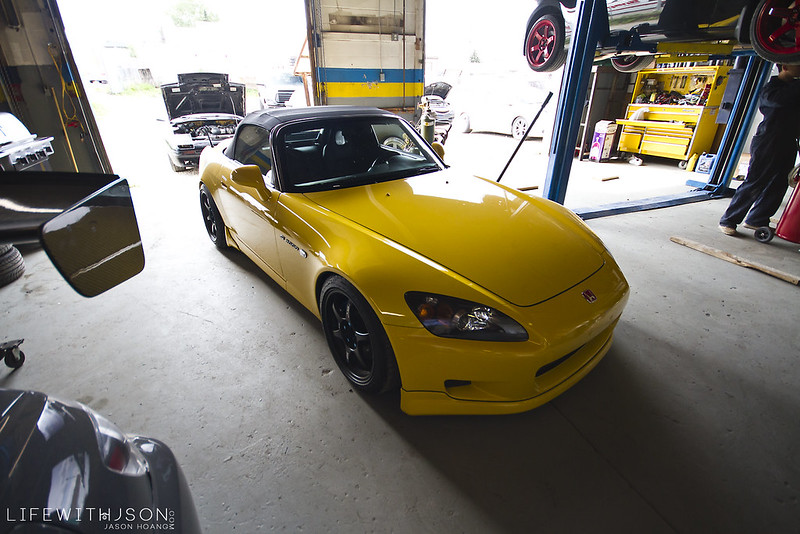 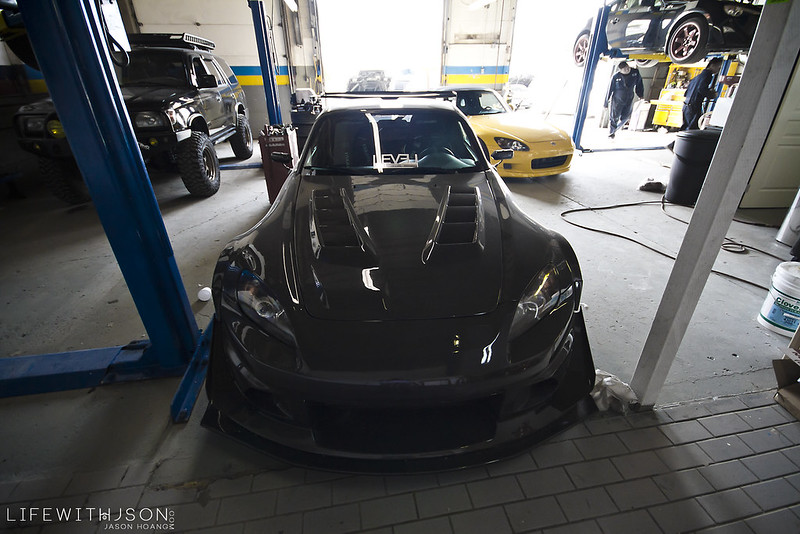 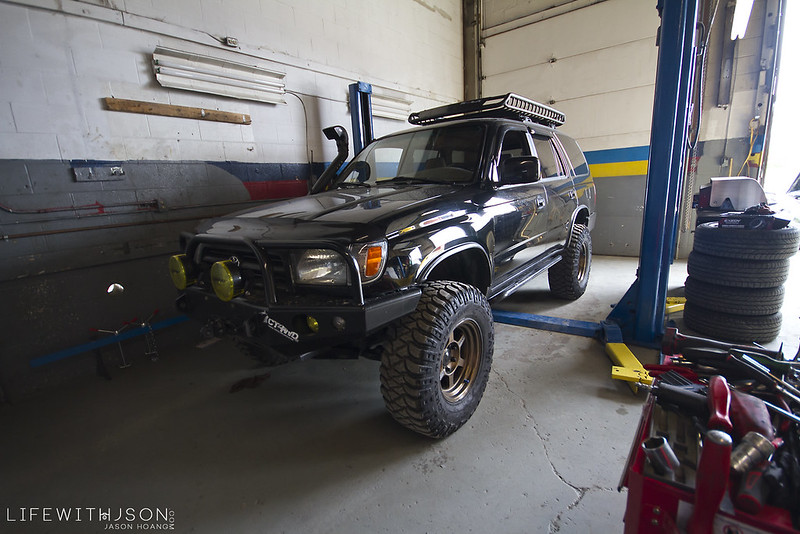 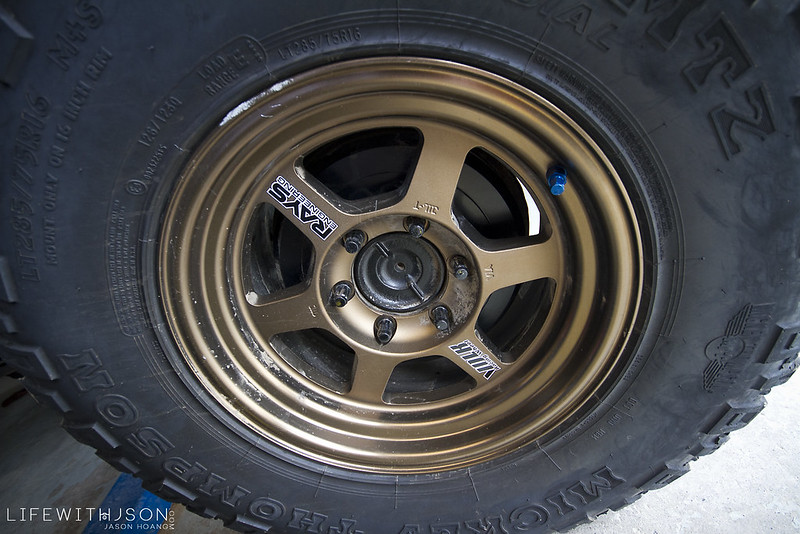 This is what I believe everyone refers to as – “JTONG Money”. Curbs all his TE’s while offroading and doesn’t give a shit. MBN. 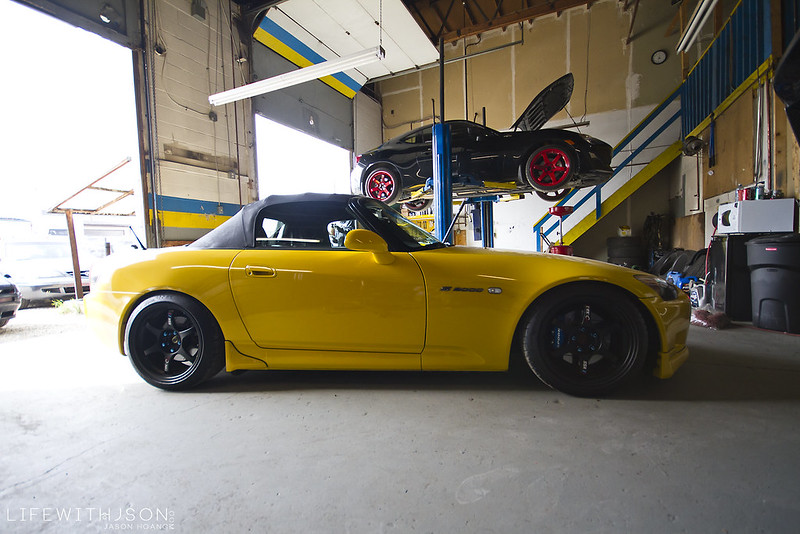 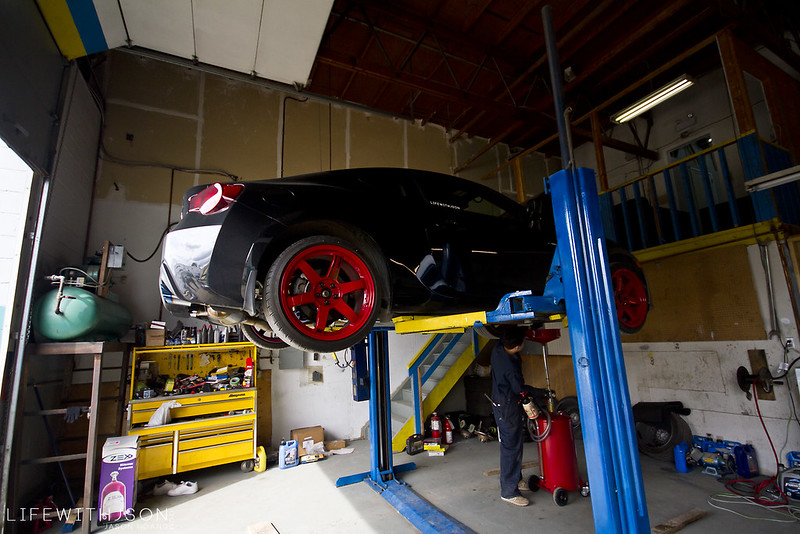 God, I can’t wait until you look better. Starting to get tired of this lol 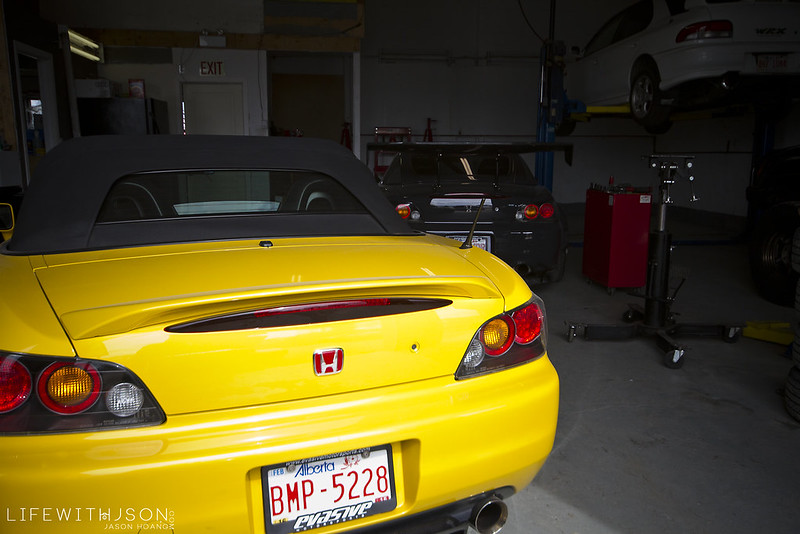 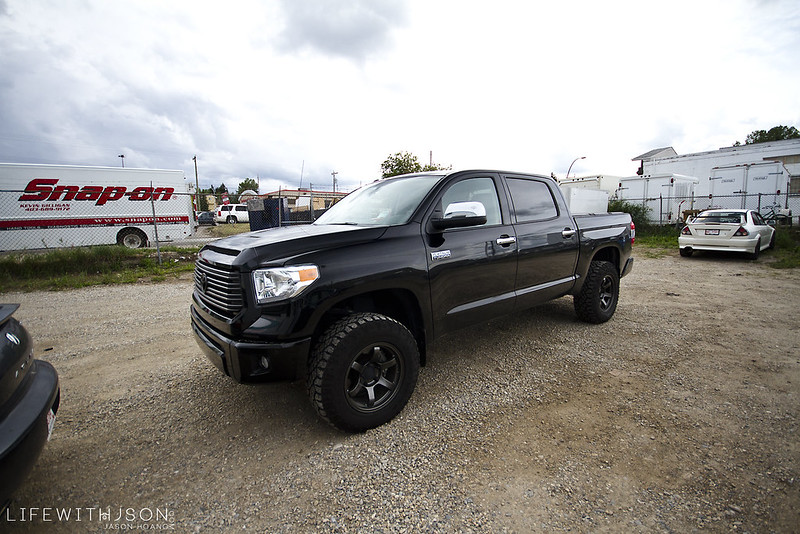 And just to end it off, another one of Jackie’s collections – his Tundra – AKA work truck to do work shit in.

Remember, his shop is not officially open yet, but swing by after August 8th and check him out! He’s doing good things and if you care about your car like the rest of us do, you’ll do the right thing.

Be back soon everyone! I promise to have something up by the end of next week!