One of the cars of Winnipeg that I was able to shoot was Dan’s red NSX on gold Regamasters. A pretty nice combination if you ask me…

Who would’ve thought cars like this could come out of Winnipeg? I know I sound like a hater because I know nothing about the car scene out East, except for in Toronto, but GG Winnipeg… GG.

Some quick shots while we were also shooting Benji’s TSX that you may remember from some of my pics at Driven. That’s coming soon… We were running tight on time because this was in between Ryan’s ceremony and dinner. We picked up some lunch at Moxies then headed out. 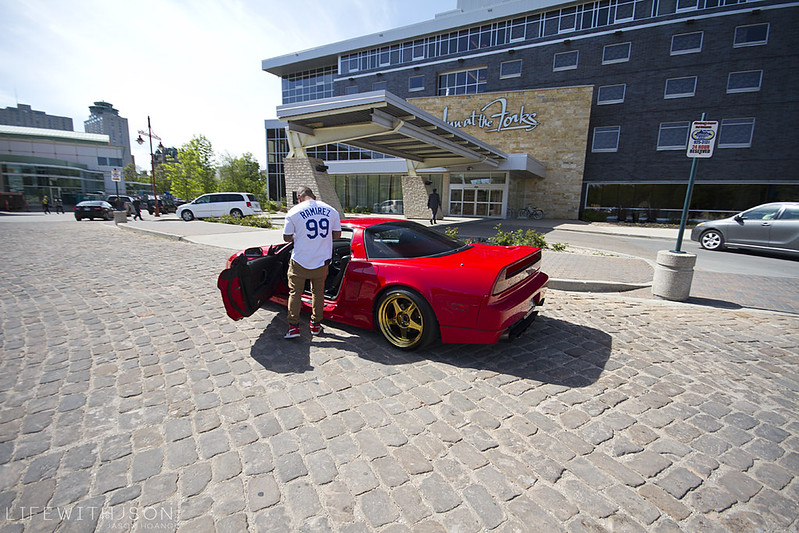 We were at the Forks for our first location – it was hot and sunny as F, so consequently it was also busy as F. We didn’t get many pics here but it was a nice location. It was like the equivalent to our Eau Claire in Calgary. This was a quick shot as we were getting ready to leave. 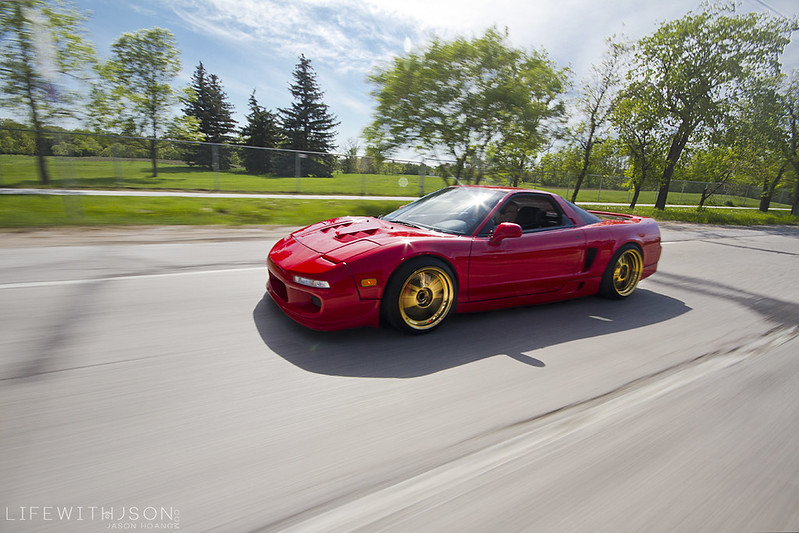 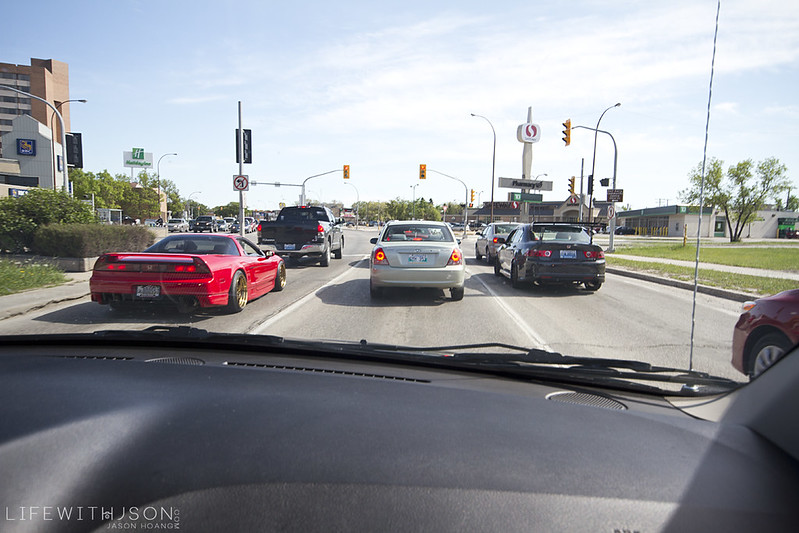 Dan and Benji ahead of us while we were in our Town and Country lol. 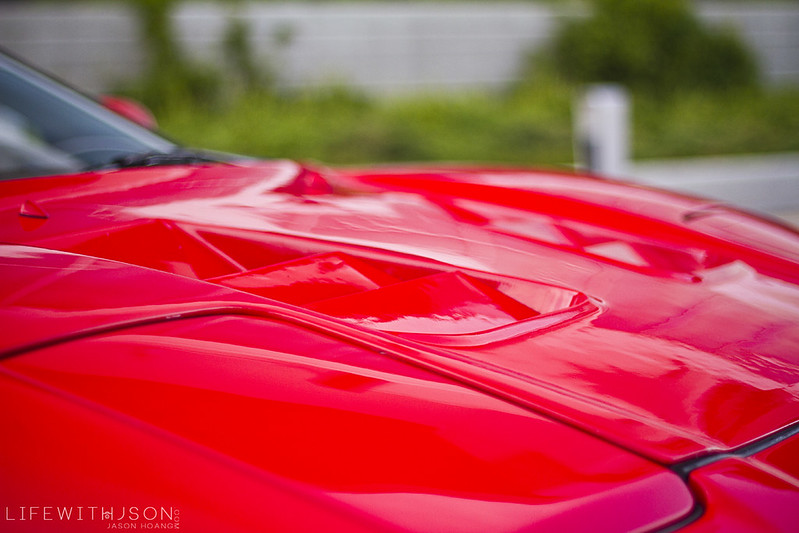 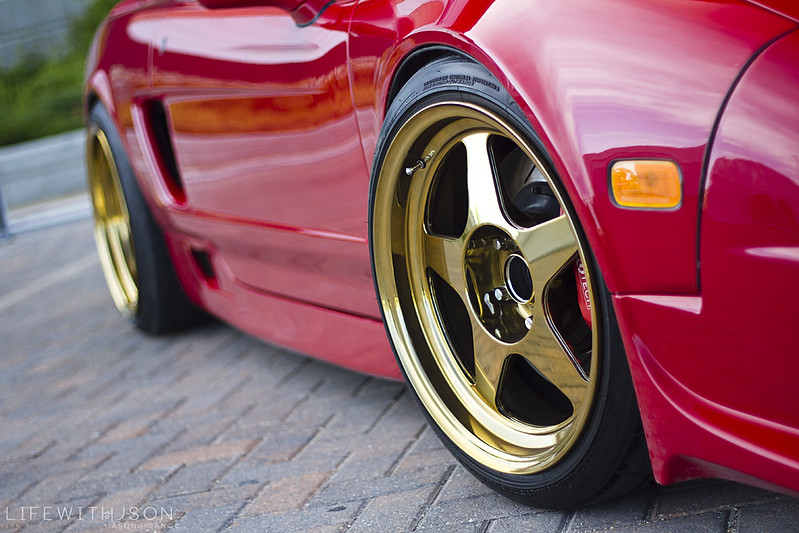 A closer look at the gold plating. 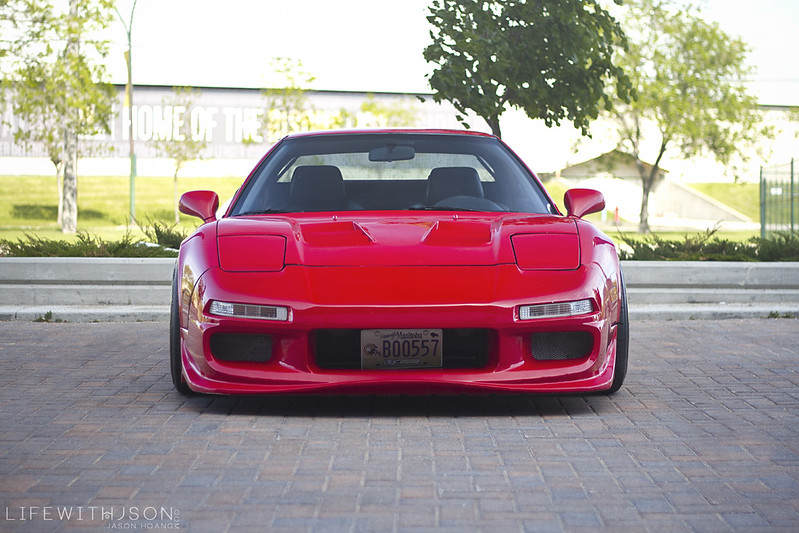 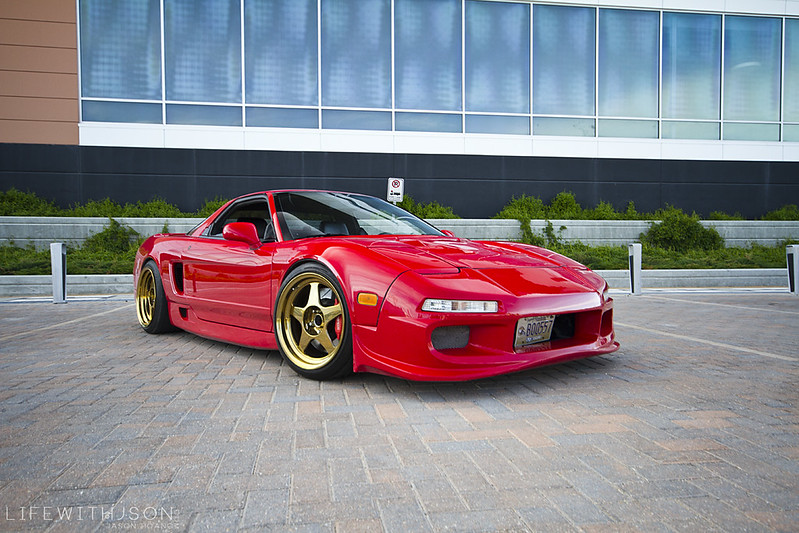 Stanced nicely with a little poke in the rear. 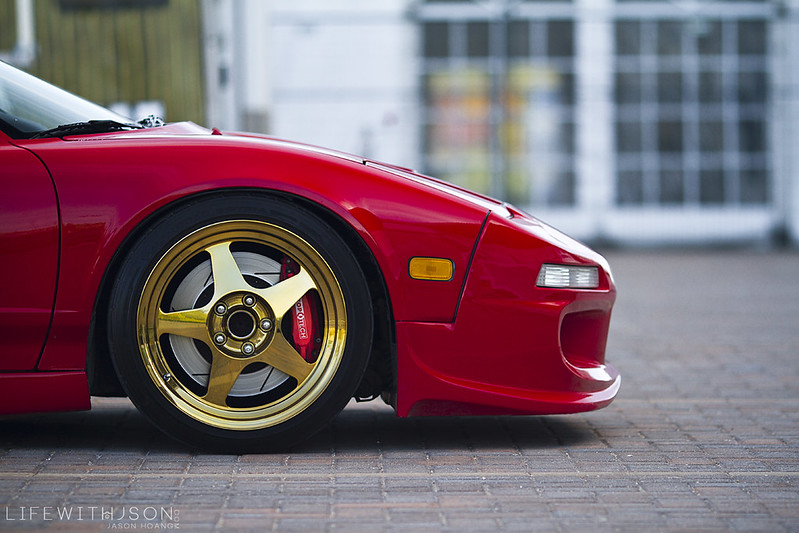 Stoptech BBK also in red behind the gold. 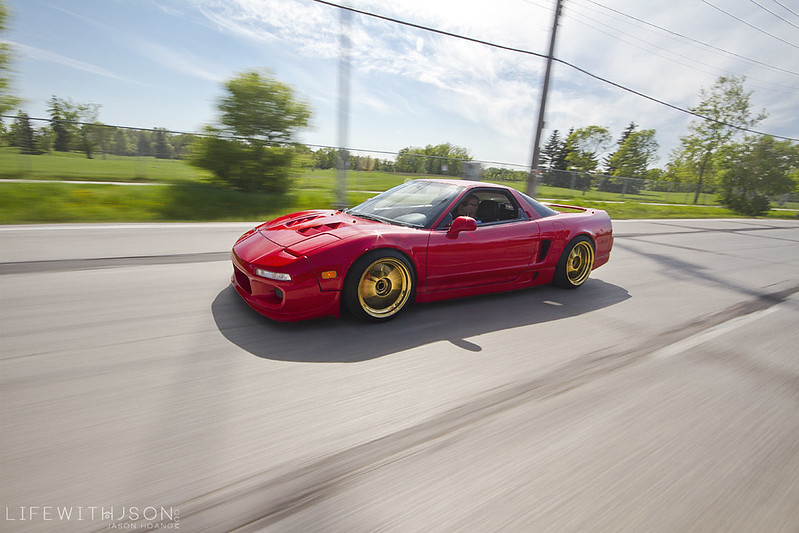 One last roller… Unfortunately, I didn’t get as many shots as we were running out of time. A lot of the time was focused on getting shots of Benji’s car because that was what we had originally planned… Glad I got some shots of Dan’s NSX though. 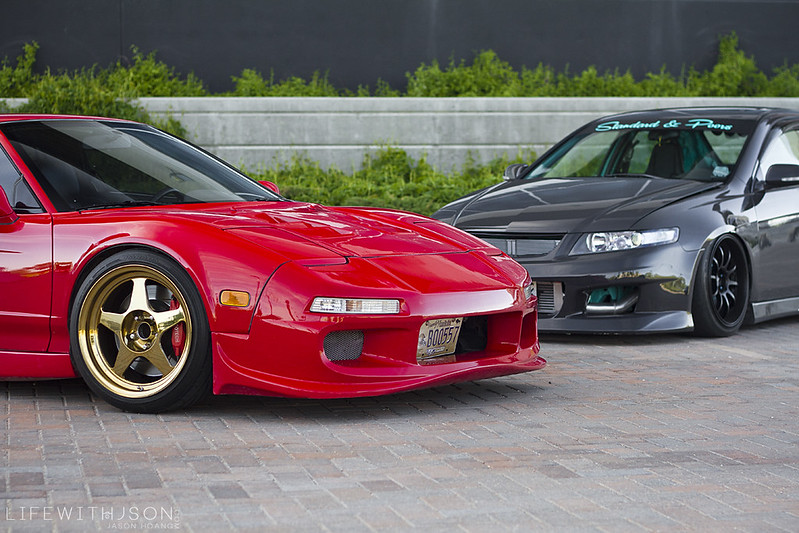 Just a little teaser of what’s to come. Some of you may have already seen the shot I posted on my Facebook page that shows Benji’s TSX a little more clearer… But for those of you that haven’t seen it, you’re going to want to check it out.