Spent tonight hanging with the boys and just cruising around a bit since we haven’t really done that yet. This weekend we’re expecting +30C and this evening was awesome – no wind, lots of sun, perfect chill weather.

Brought my camera along like I always do and decided to snap some pics. Just a nice break from all the formal photoshoots I’ve been doing… We spent probably 3 hours at the new Village Ice Cream location trying to snag parking in front of each other as people left. Also witnessed the craziest friggin accident… More details below.

JC and Fadi snatched a good bench right in front. Unfortunately that tree thing was kind of in the way… 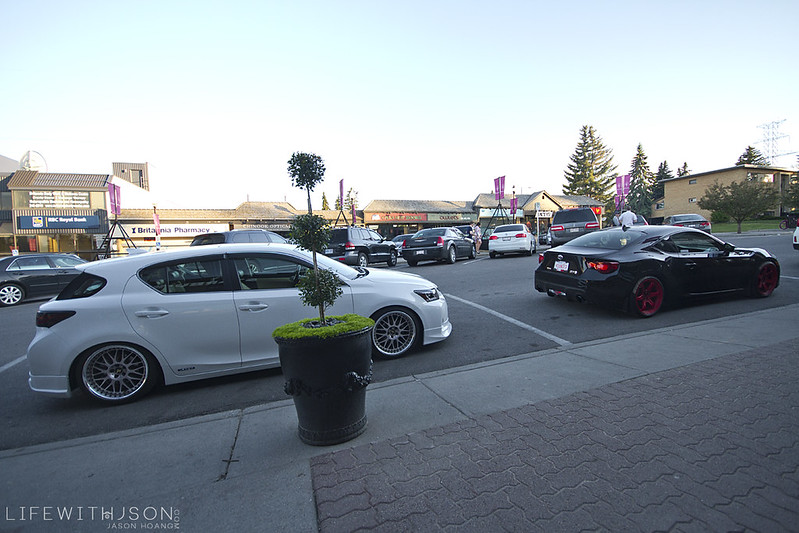 Shortly after, the car in front of JC moved so I backed my car into the spot. 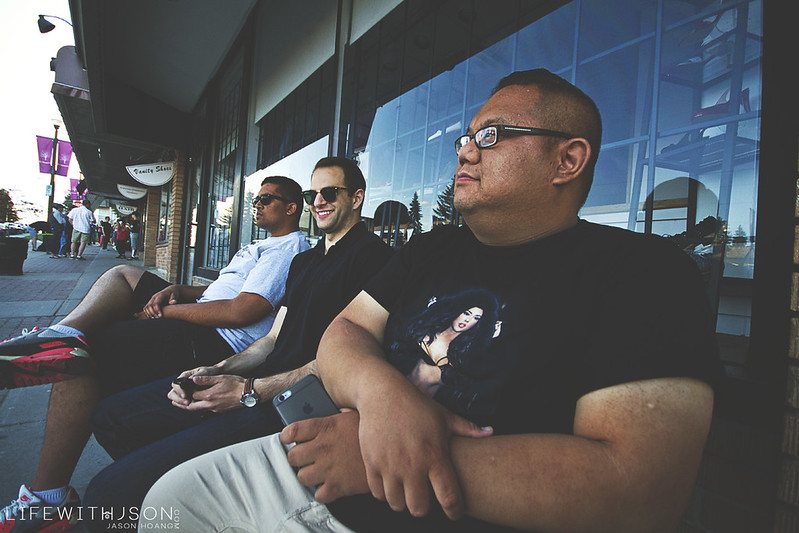 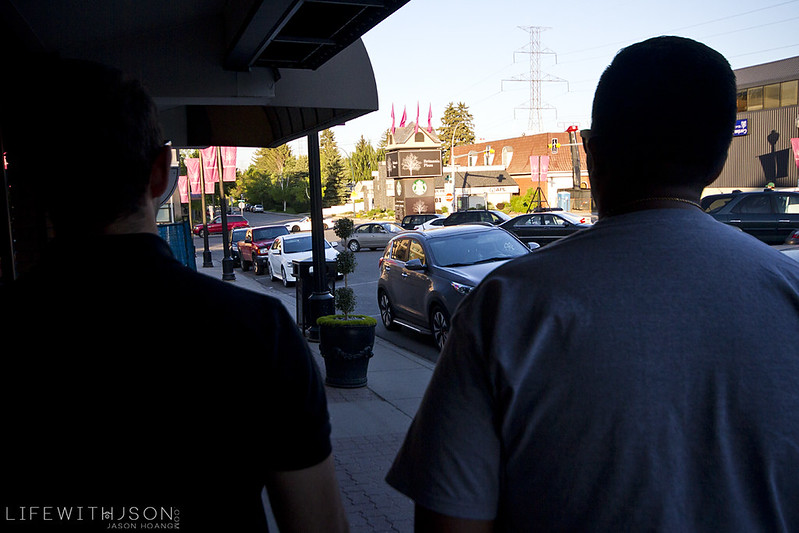 Not much detail but if you look in the middle of this pic, there’s a beige Civic right in the center of the street. It actually hit the black X5 in front of it that you can barely see. The girl driving the Civic was turning left into this street and came in HOT with tires screeching… 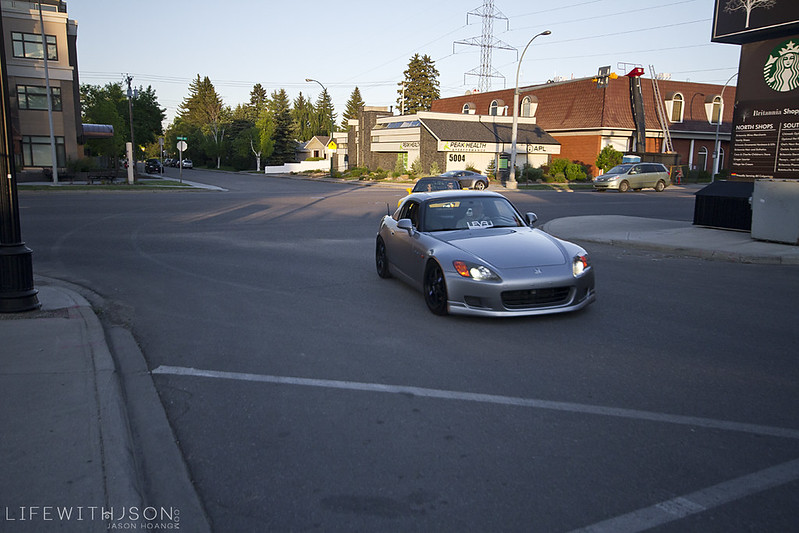 We walked over to take a look at what happened and right when we got to the intersection, Justin, Corey and Alex showed up in their S2000’s… 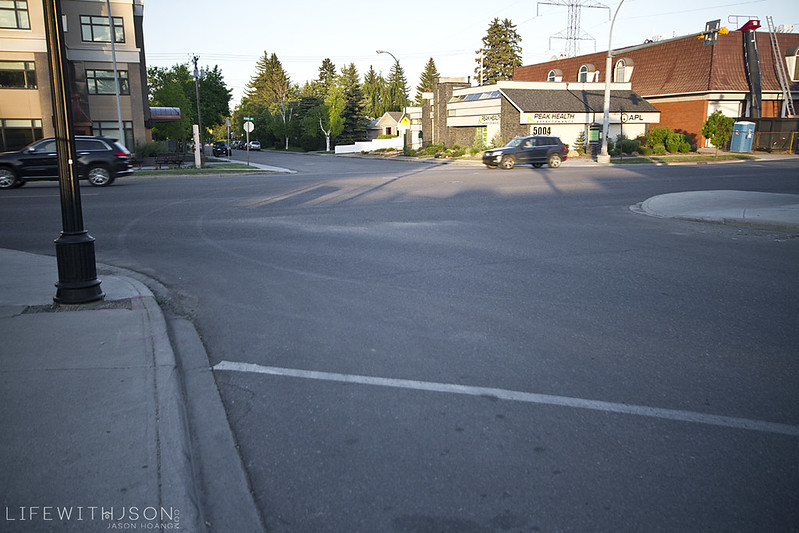 Another shot. You can see the skid marks of the tires taking a wide left turn from the main street. We were all sitting on the bench when we heard her tires screeching – at first we thought it was Alex, Justin, or Corey showing off but that quickly changed. The girl JUST missed the curb and hitting that post and that’s when the X5 pretty much stopped her in her tracks.

There were a ton of bystanders and eventually one of them ran into the shop and found the owner thankfully. He came out and I guess they exchanged information. Later as the X5 owner was passing by again, I asked him if the girl told him what happened. The girl said that her brakes stopped working and just lost control. Personally – it sounds like a little user error to me… She had to be going at least 60km/h into this turn and I’m guessing her foot was pressing on the gas rather than the break. Not my place to say – but it was a crazy thing to see happen… 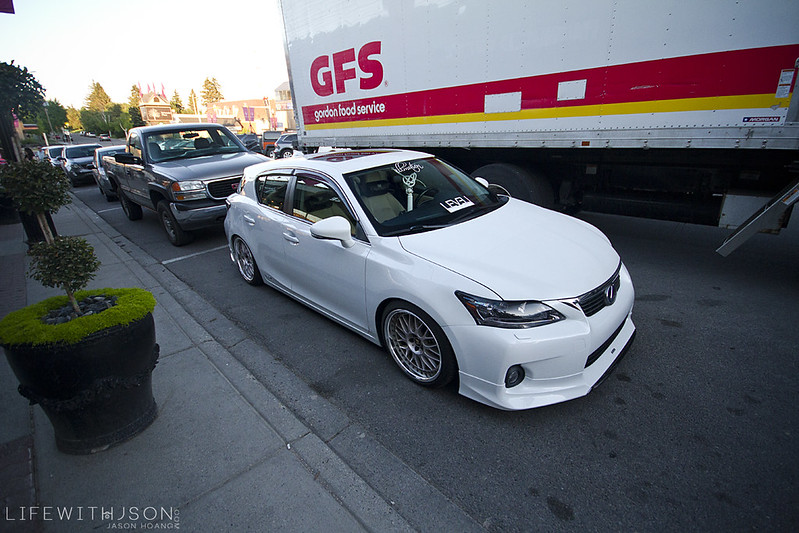 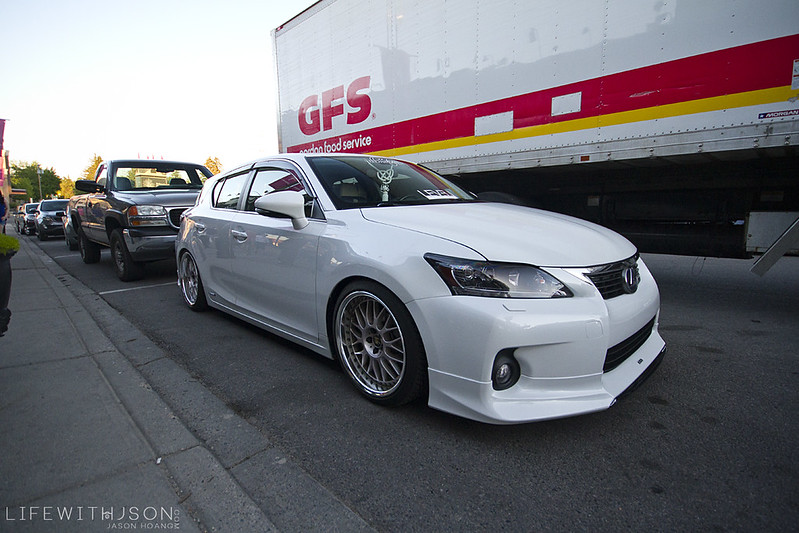 My heap. Lame tire stencils getting brown and fading. 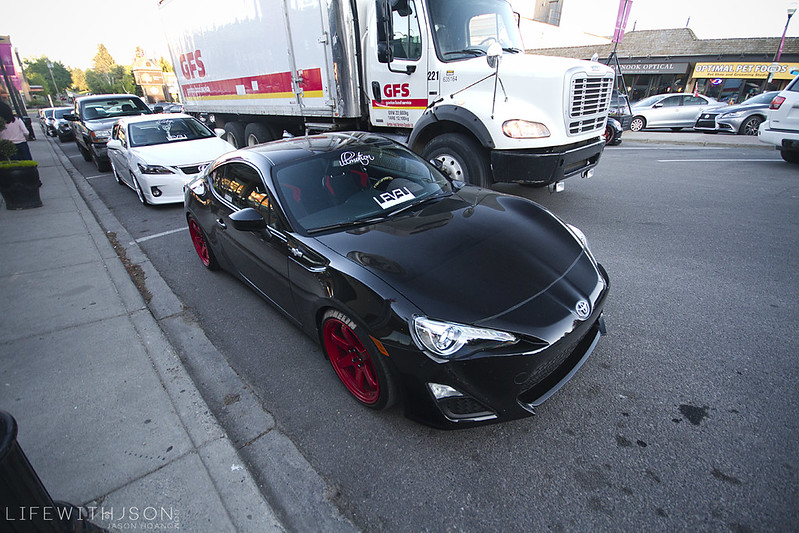 Car is still dusty from Driven. I think I’ve driven this car twice since the show… 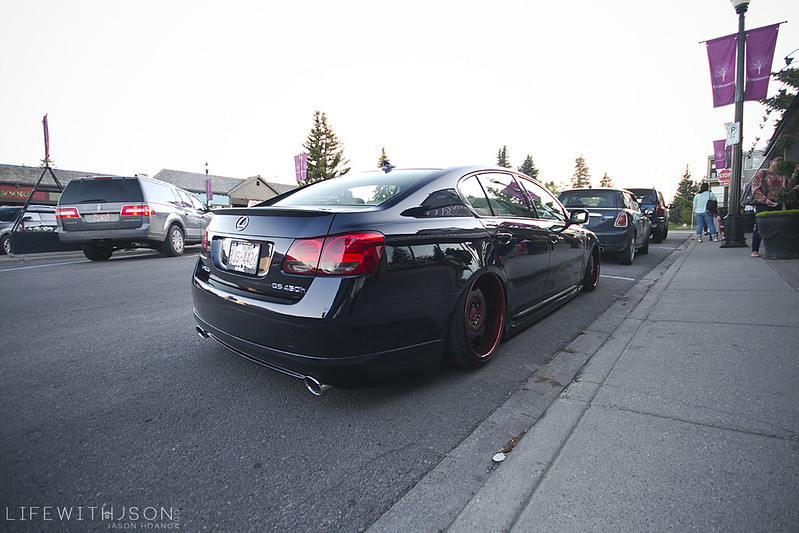 Punit’s car laid out. His whip was breaking necks all night. I feel bad for all the older people walking by it – needed neck braces by the end of it all. 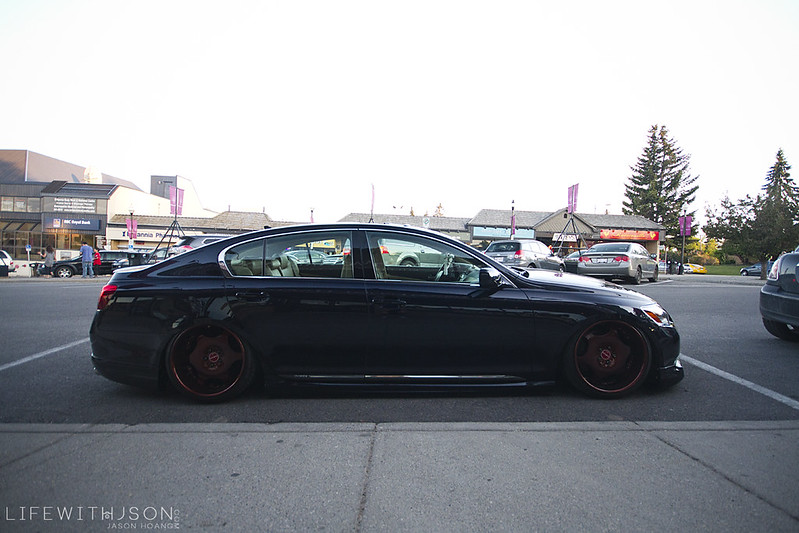 The wheels look awesome with the dark blue and his new kit. 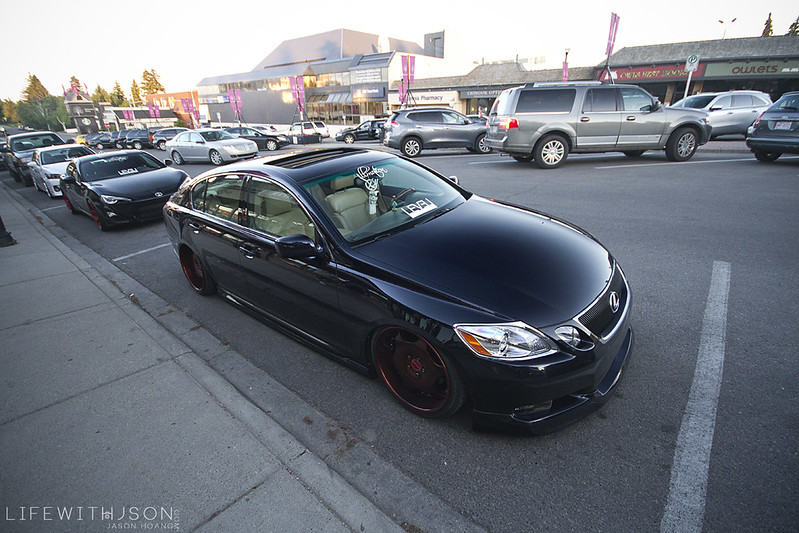 Everyone enjoying their ice cream 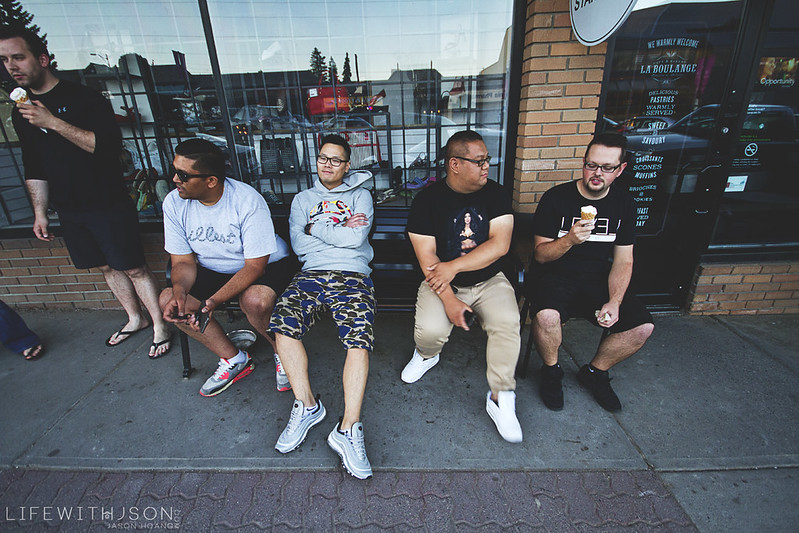 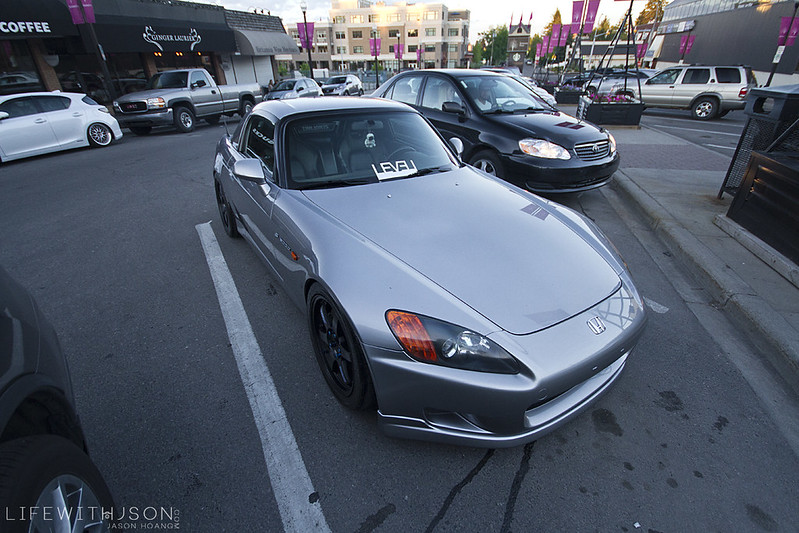 The trio you’re all so used to seeing lol 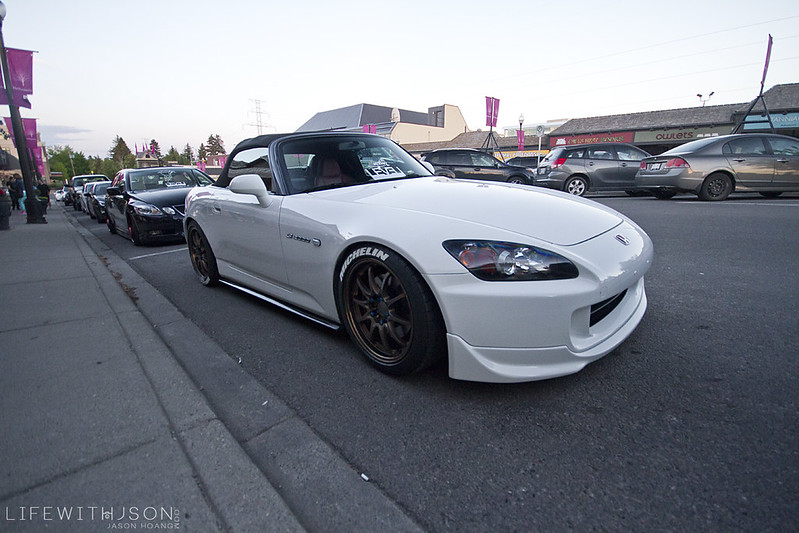 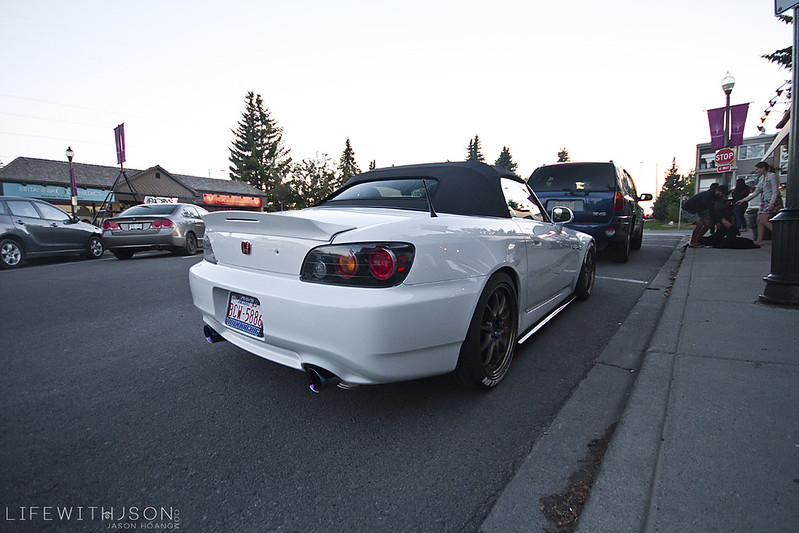 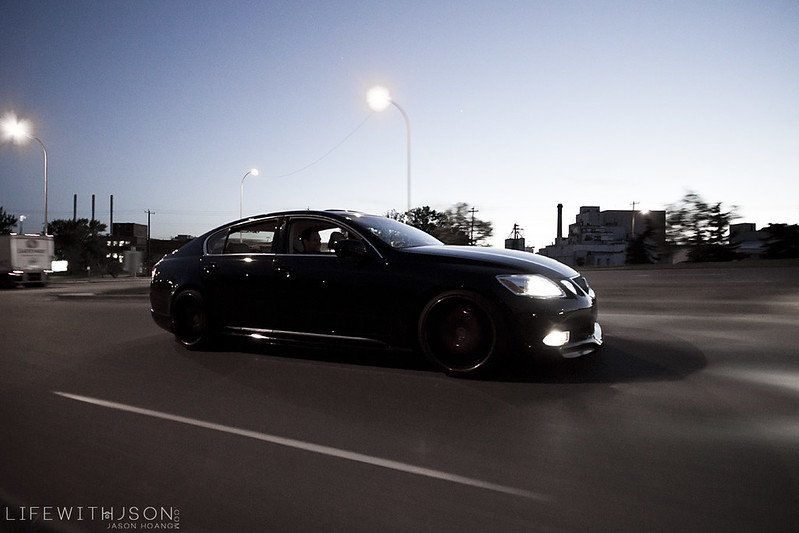 On the way home I was able to snap one somewhat clear photo of Punit’s car rolling. Looks dope!