Numero Dos! Finally getting around to doing Ben’s NSX post… I know that Ben has been anxiously waiting for a photoshoot and to see the pictures. The pictures should already do all the talking, but let me reinforce them by saying that his NSX is hands down the cleanest and mintiest NSX I have ever seen. In fact, it is probably the most pristine car that I’ve ever shot – and that’s saying a lot. His car literally looks like it drove off the showroom floor that same day I shot it and that always makes for good photos.

The cars on the island are very different from the cars in Calgary in the sense that there is no need for 3M film to protect from rock chips, there’s no fear of damage from salt or snow. There’s an abundance of rain, but poses little threat to the condition of the car compared to snow and salt in other parts of Canada. It’s funny because when I saw the car and how pristine it was, I asked “is there 3M on this?!” and Jackie replied with “No! We don’t need that kind of stuff here!” like I was a fool for asking lol!

The NSX is a car that can turn heads with very little effort – whether you like cars, love cars, or know nothing about cars – the NSX carries almost the same presence of a Unicorn, if you will. Everyone knows what it is, but when you really see one, you can’t help but stare. Ben has built his NSX to really live up to that reputation and you’ll know what I mean as you scroll through the pictures. If you’ve ever seen his car in person, I’m sure you wouldn’t disagree either. 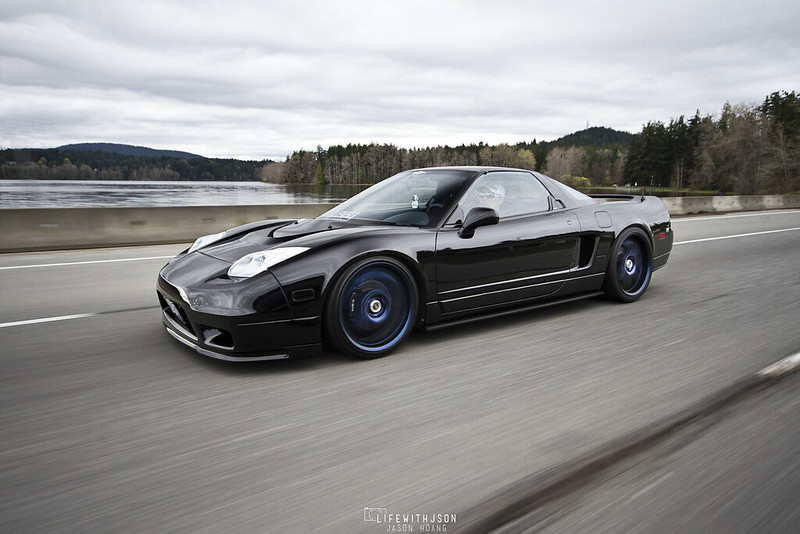 You know the deal by now… A nice roller by the lake. 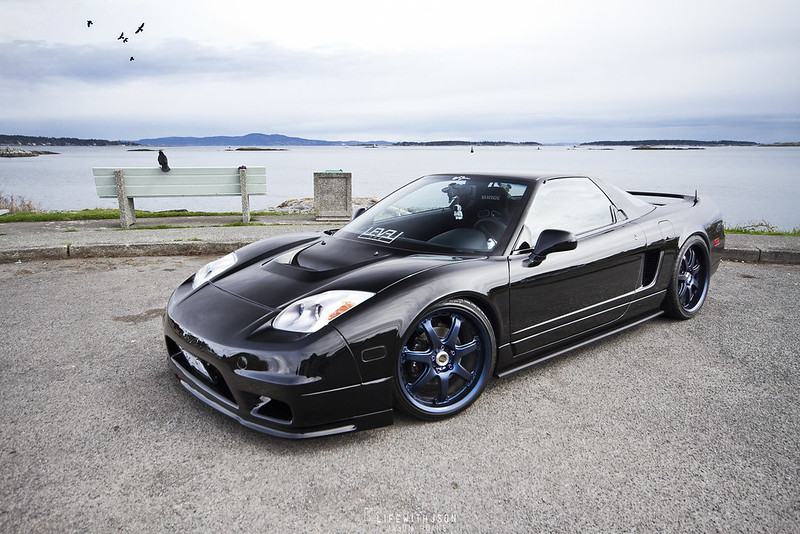 This shot in particular was probably my favourite… The backdrop of the lake as well as the crows flying around even sitting on the bench make for a fitting scenery to match the Berlina Black paint. 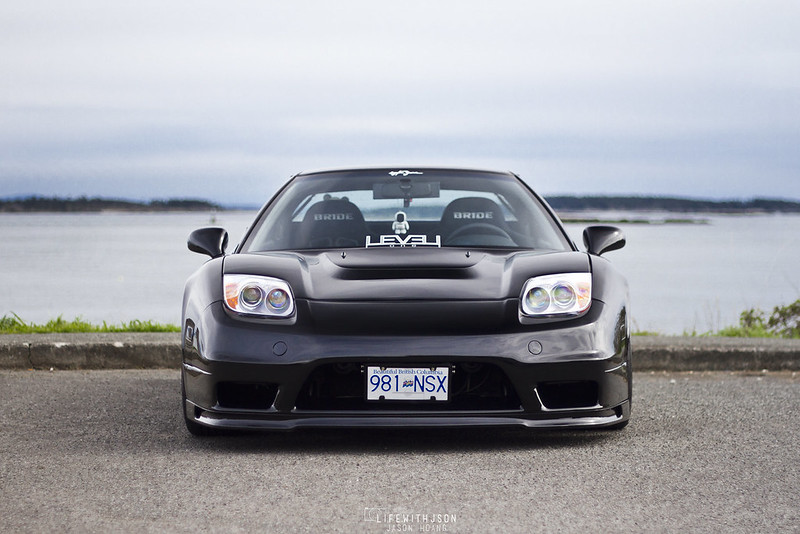 The front end of the NSX is still well beyond it’s time… It rivals many of today’s fronts by miles. 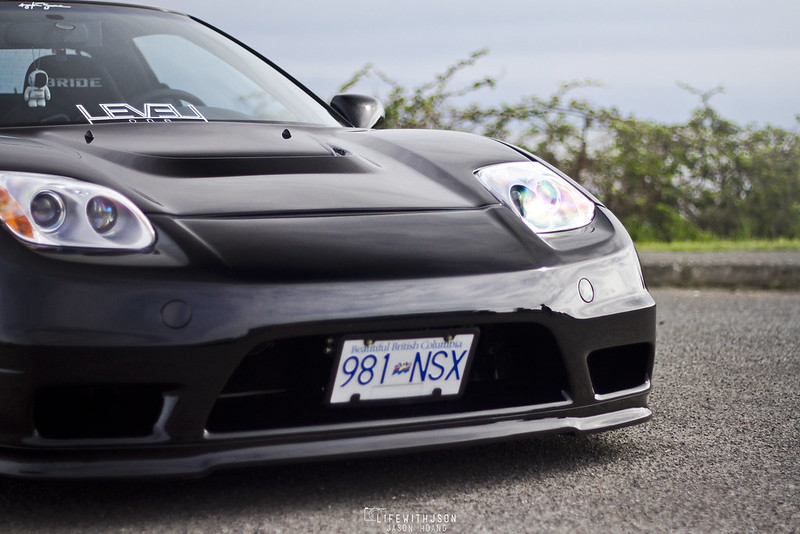 The exterior of Ben’s NSX includes clean, aesthetic changes as well – His NSX is originally a ’91 but he’s done an ’02 front end conversion. 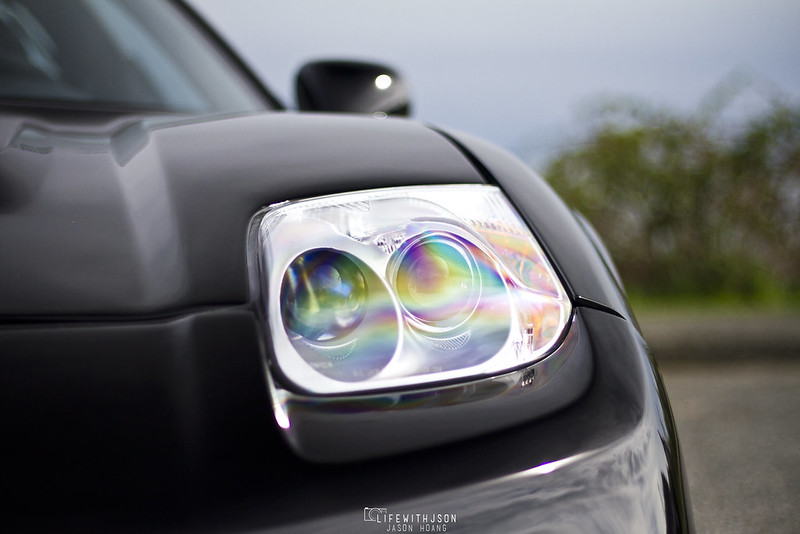 The headlights are OEM 2002+ headlights… Again, still better than most headlights made today… 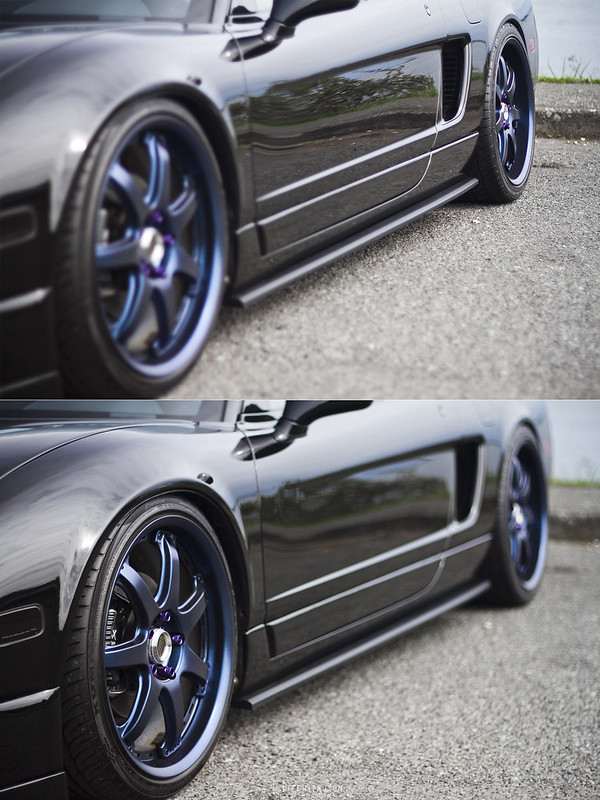 The classic Volk GT-7 help make Ben’s NSX stand out from the rest. He actually plasti-dipped them before the shoot to replicate almost a matte mag blue versus the original gunmetal and chrome. 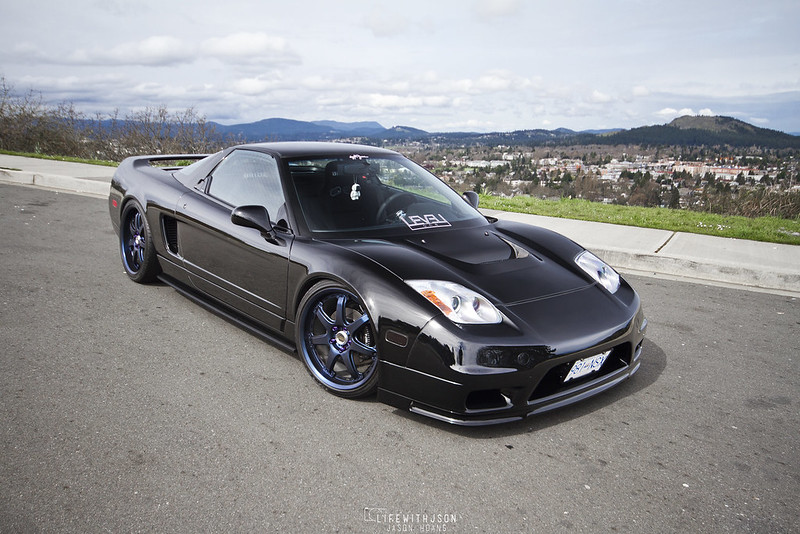 We went on a mini touge run up Mt. Tolmie to get a good view of the Island from the top. Victoria is well-known for it’s beautiful views. 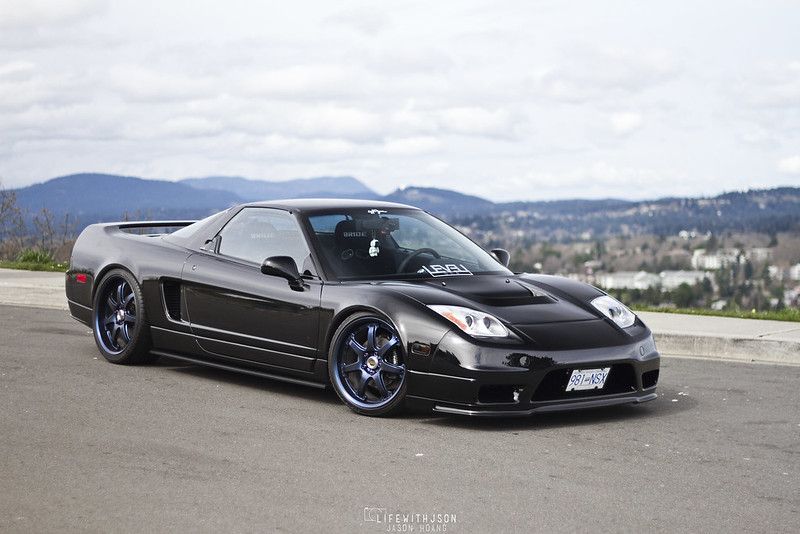 A better look at the car as a whole – he’s also got 2002 sideskirts as well. They work well the Downforce lip and bumper. 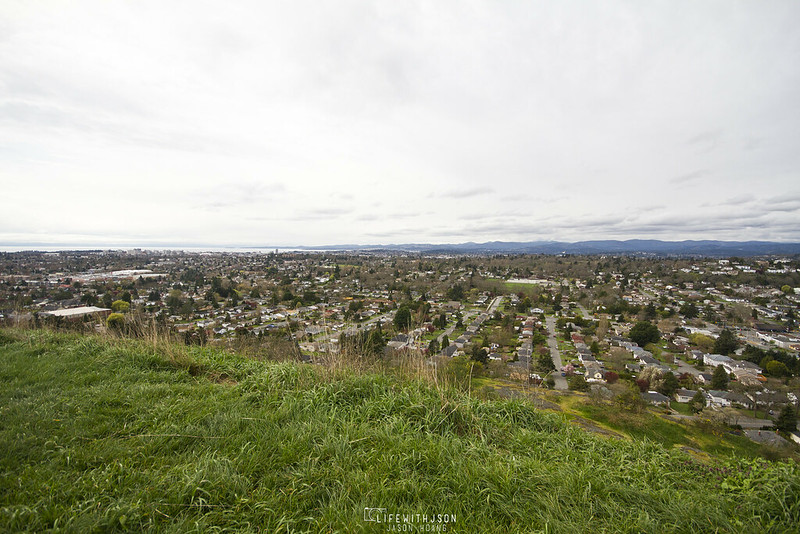 We walked to the top so that I could see – it’s quite the view too! I wish it was a little sunnier but the overcast worked well for the photoshoots. I think the last time I was in Victoria was almost 20 years ago… 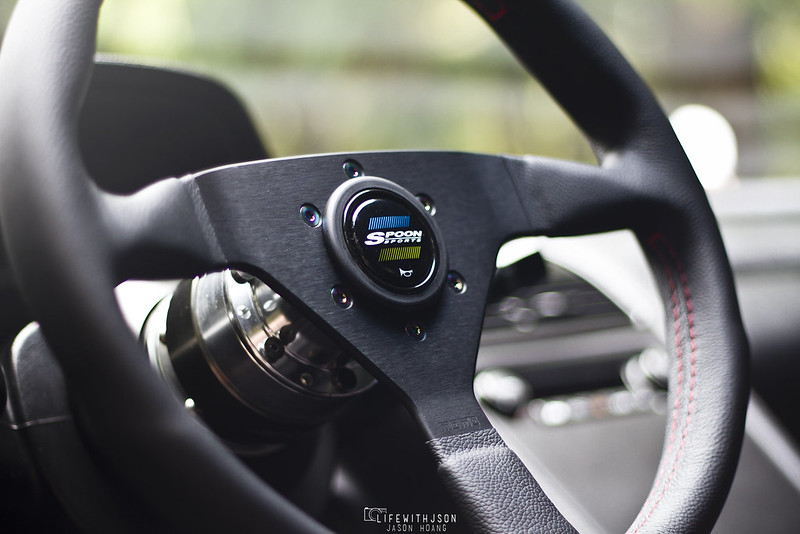 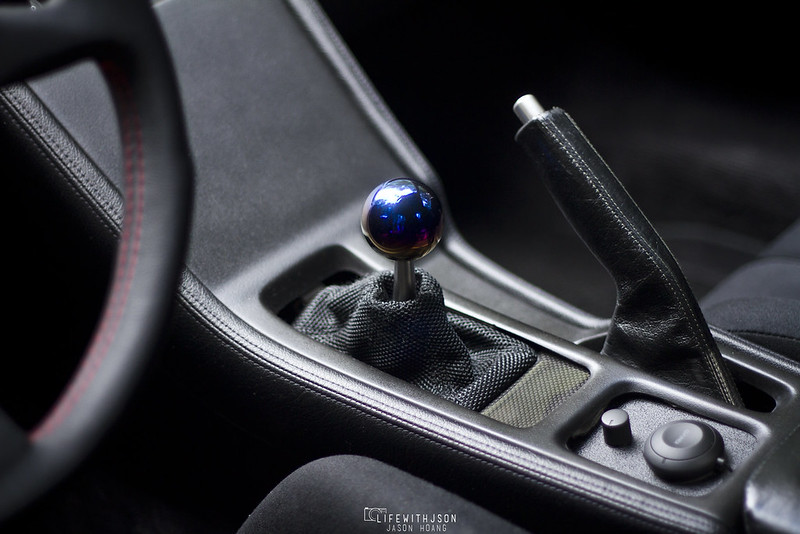 You can see that the center console of Ben’s NSX is extremely simple and clean. He installed an audio delete console and also installed a Bluetooth player that will play music off his phone. 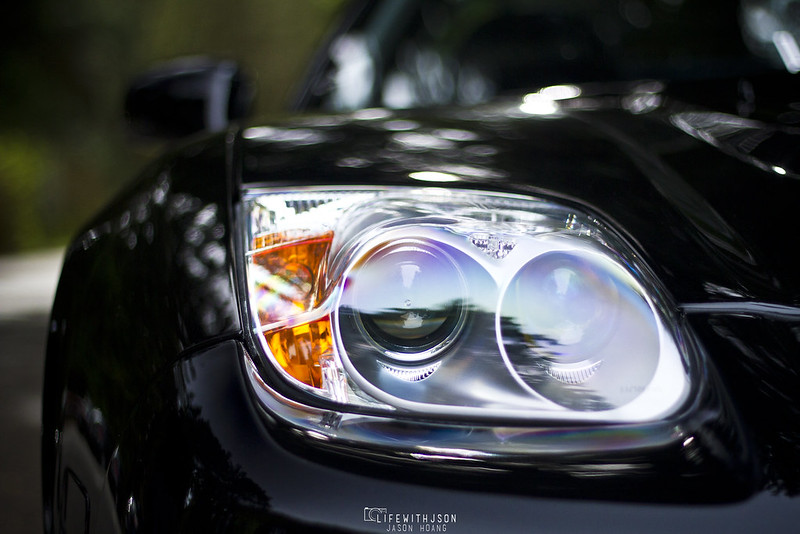 Another view of the absolutely mint headlights. 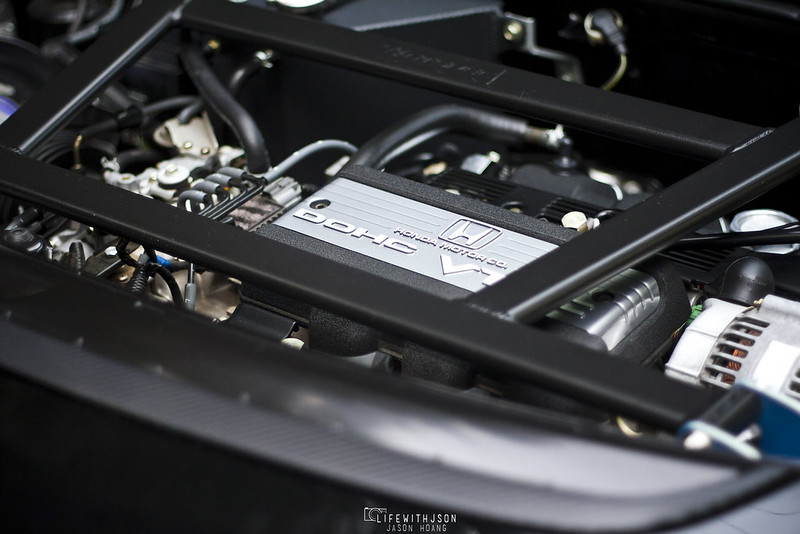 The engine also looks like it’s barely seen the road. The engine work is minimal with a Taitec exhaust paired with Pride headers and test pipe and an HKS intake. 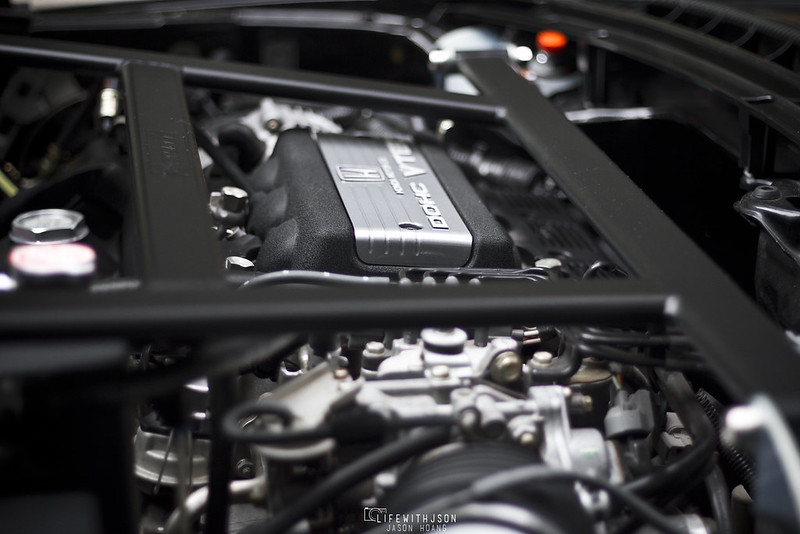 Over all of it are GT-Spec strut bars. 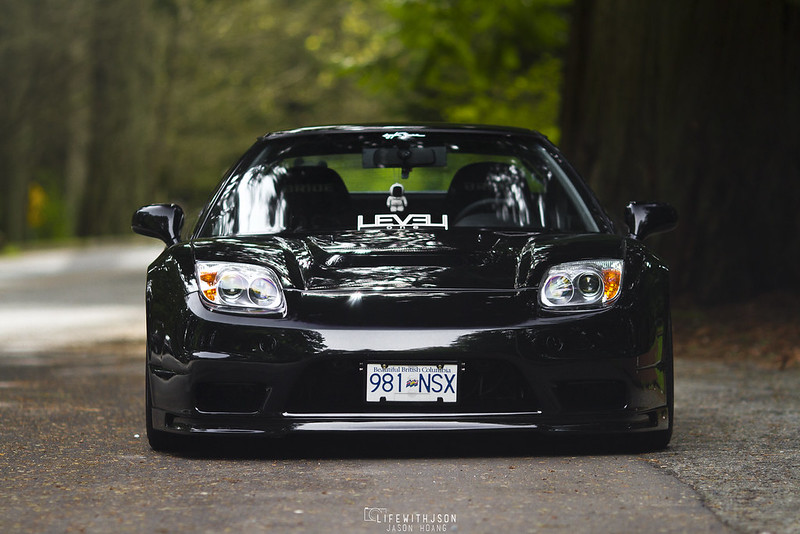 Another menacing view – my favourite… Especially when you’re driving in front. 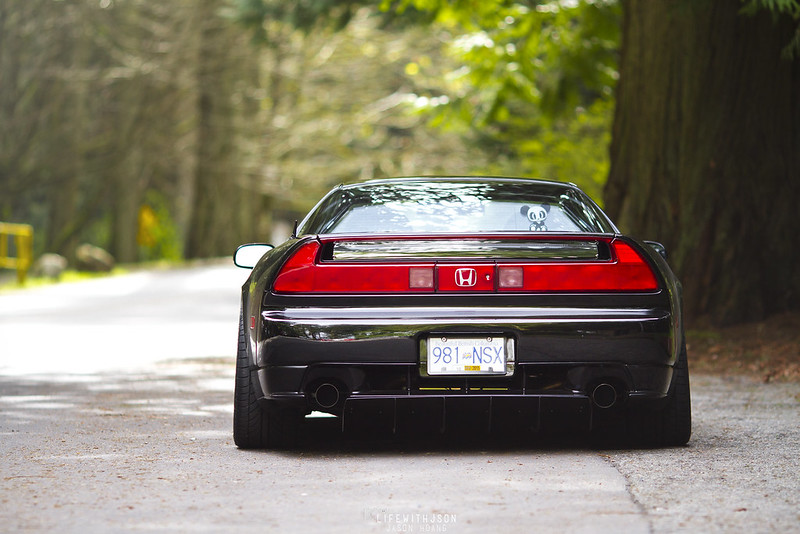 A view from the rear shows the Downforce rear as well. Another cool tidbit about Ben’s car is his license plate – he saw that someone was selling it in Vancouver and made the trip over and bought it right away. What luck… 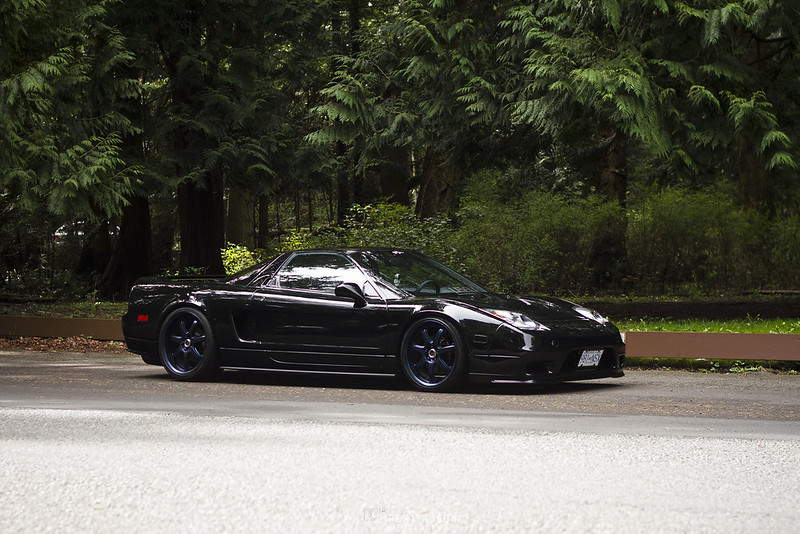 Ben purchased the NSX about 5 years ago – it has been through a few owners that have luckily kept it in the best condition possible and it has also always resided in Victoria. Keeping this close to home! 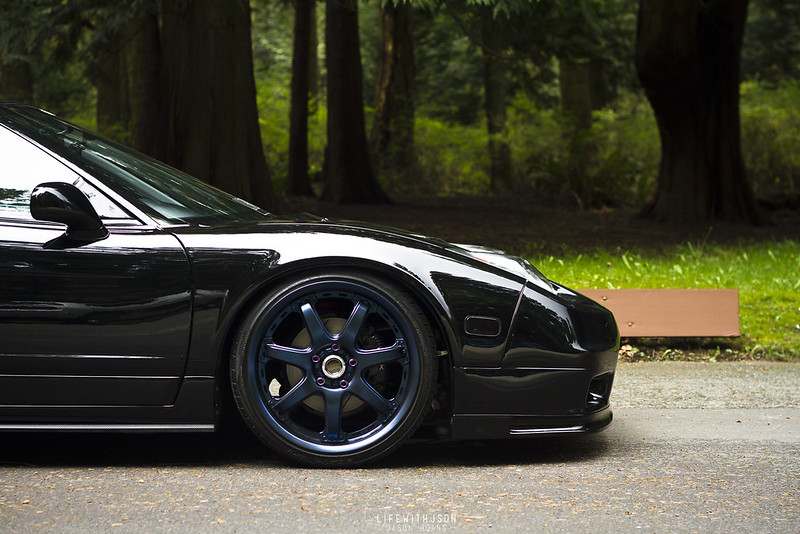 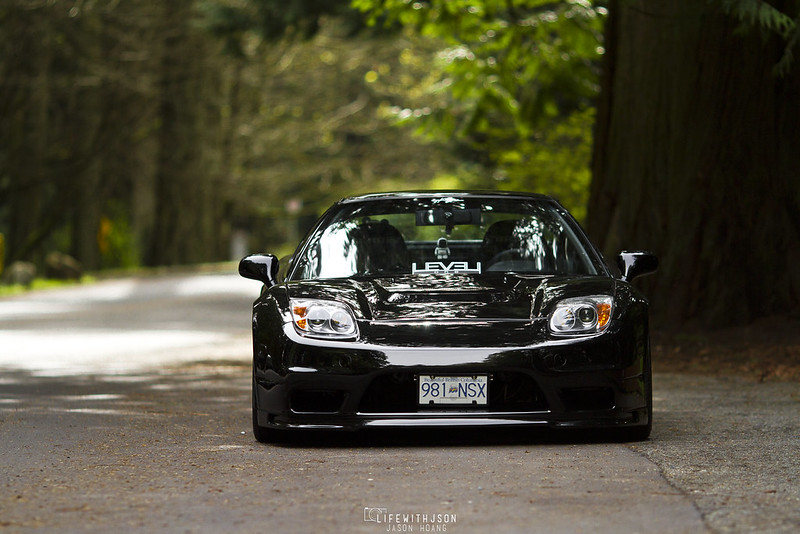 One more for good measure 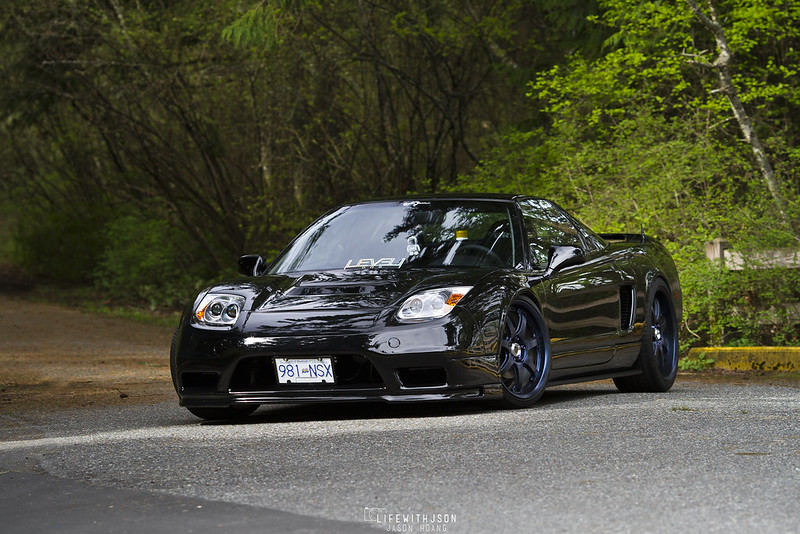 It’s hard to get a bad picture of Ben’s NSX. It’s just so damn clean that it would put most black cars to shame… Even my 2014 FRS is not as clean as this lol. 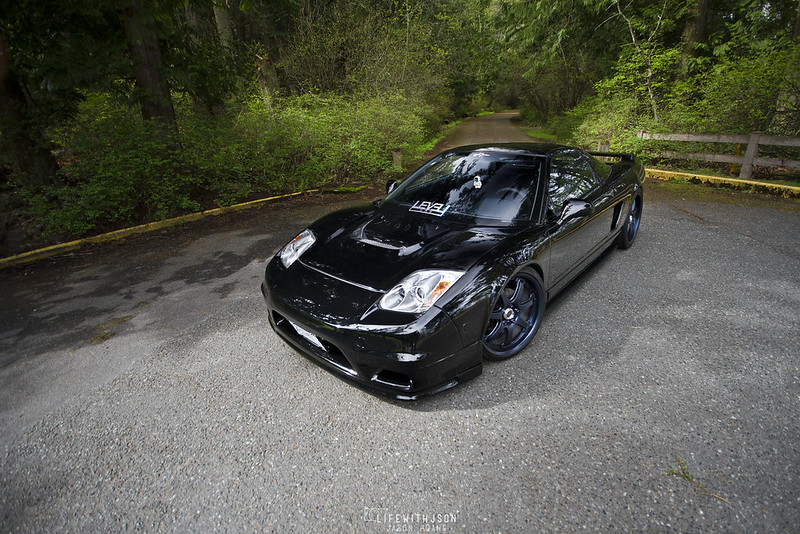 Forgot to mention that Ben’s hood is also a Seibon NSX-R carbon hood painted to match the rest of the car. 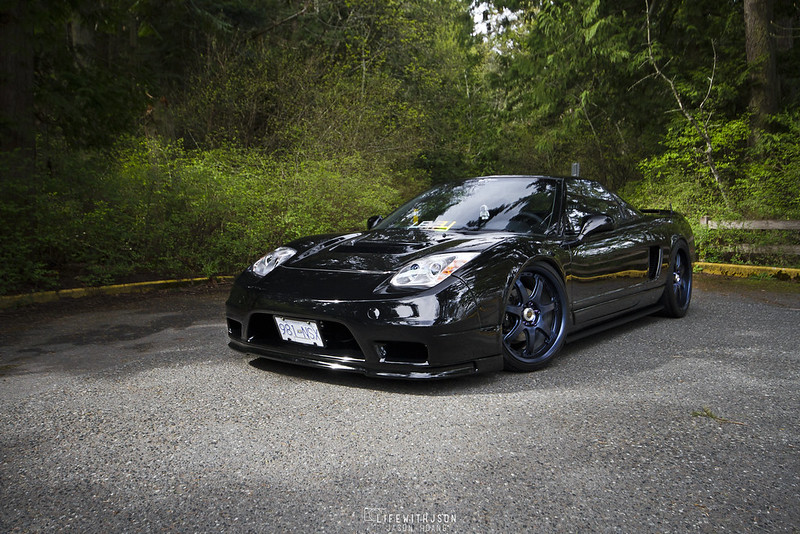 This photo spot in particular is probably familiar from Chris’s shoot but it worked so well for both of them. The scenery is amazing and I made sure to ask Jackie to bring me to all these spots, as Calgary offers nothing of the sort lol. 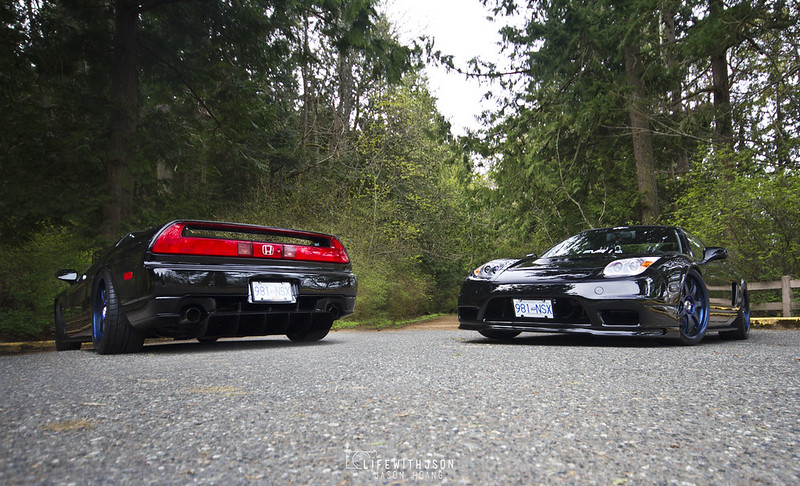 Seeing double. It’s funny because when I ask people to set up for this type of shot, they are confused about what I’m doing until they see the final product. 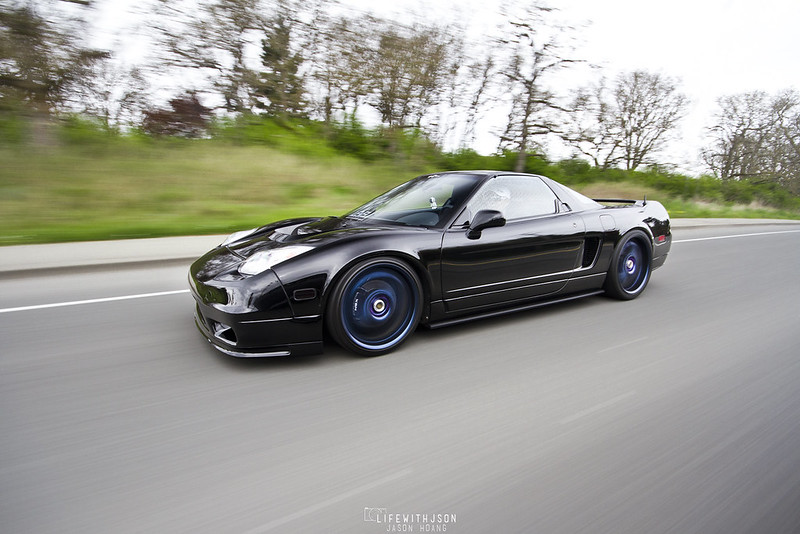 The black against the green… Awesome. 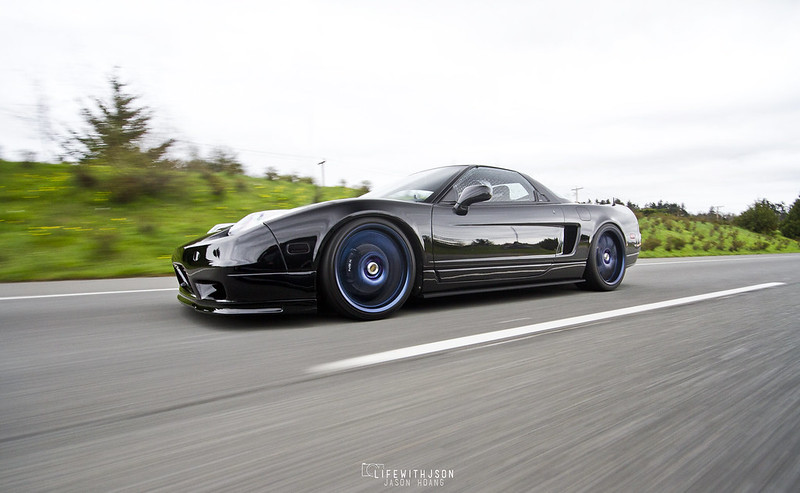 And last one down low to show just how low the NSX sits. Thank you to Ben for allowing me to shoot your car and for also being a good sport for all the shots! Hopefully you all enjoyed this as much as I did shooting it!