Sorry for the lack of updates lately… I’ve been pretty busy with work and now I’m pretty much down and out with the cold, thanks to Diana.

I haven’t been up to much lately… Parts have been put on hold for a bit until I can spend more of my days doing something with them. It all kind of works out though cause by the time I get all the stuff I need to finally put her down on the ground, it’ll be pretty much time to take out!

In the meantime, I have been adding things here and there in the garage – little things but still better than blank walls. I’m hoping to get shelves and benches this year to finish it off nicely but until then, this is where I’m at. I’ll hopefully have somewhat of an update by the end of next week with another piece to cross off the list. Nothing exciting so don’t get too excited 🙂 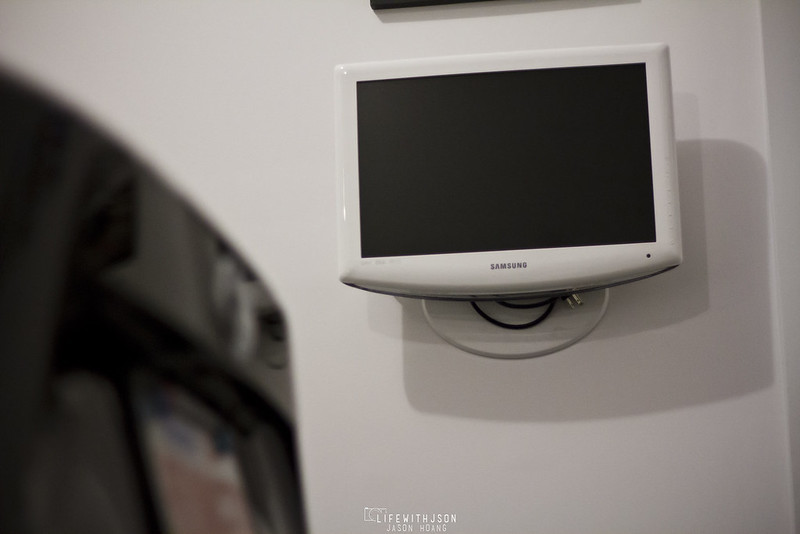 Put up a TV in the corner as well. It’s not hooked up now but once the nice weather comes, I’ll be hooking up a Google chromecast to it to stream to my hearts content while working on the car. 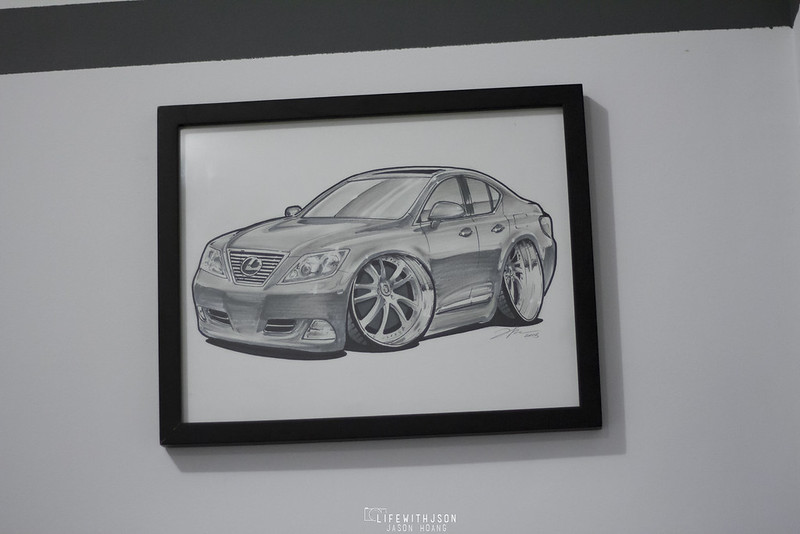 Also put up some artwork of the LS460 two years ago. Hopefully adding more soon! 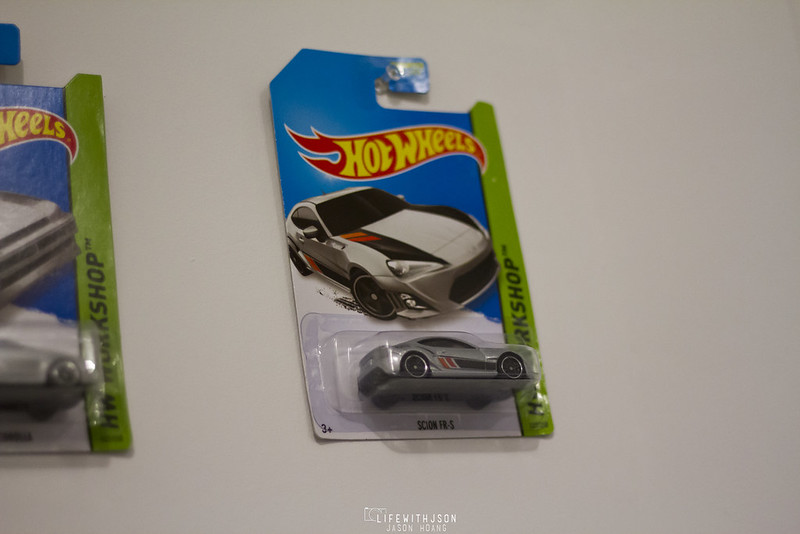 I also put up the only three Hot Wheels that I have lol. An Evasive S2000, AE86 and I found this FRS at the dollar store a few weeks ago to add. 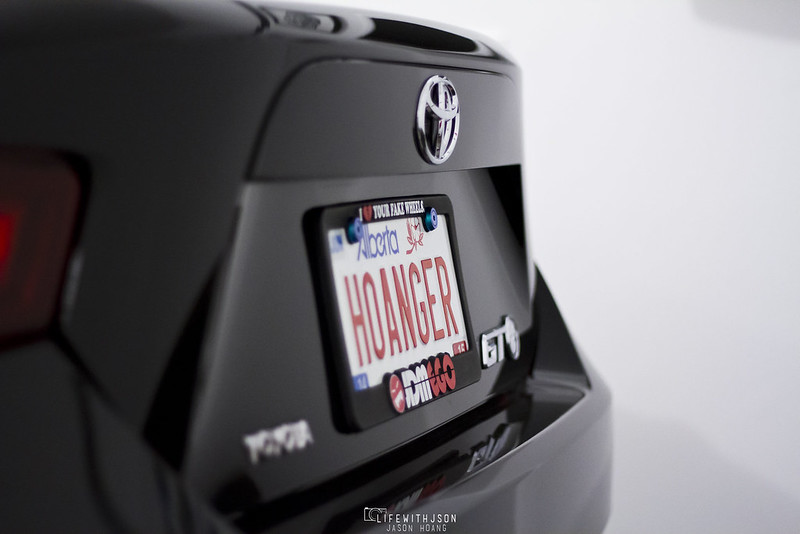 I miss this nice paint! 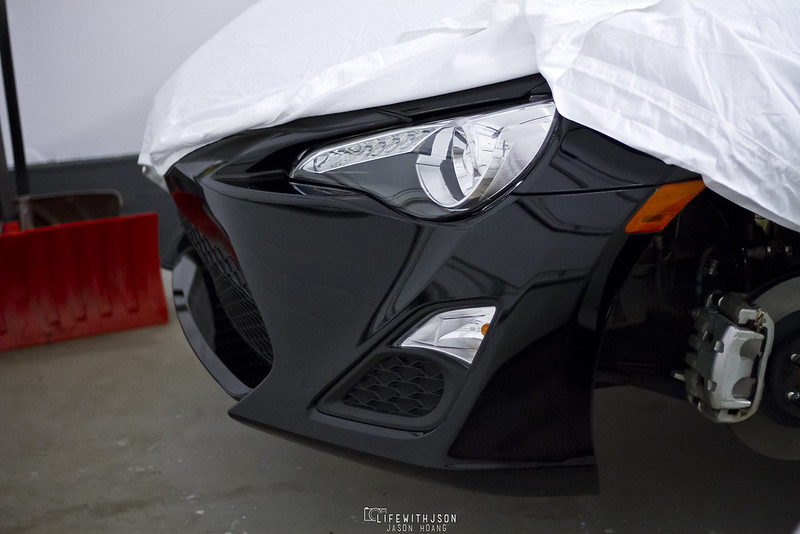 And the nice headlights with the shitty shovels. It’s so depressing seeing the garage all muddy and shitty right now haha 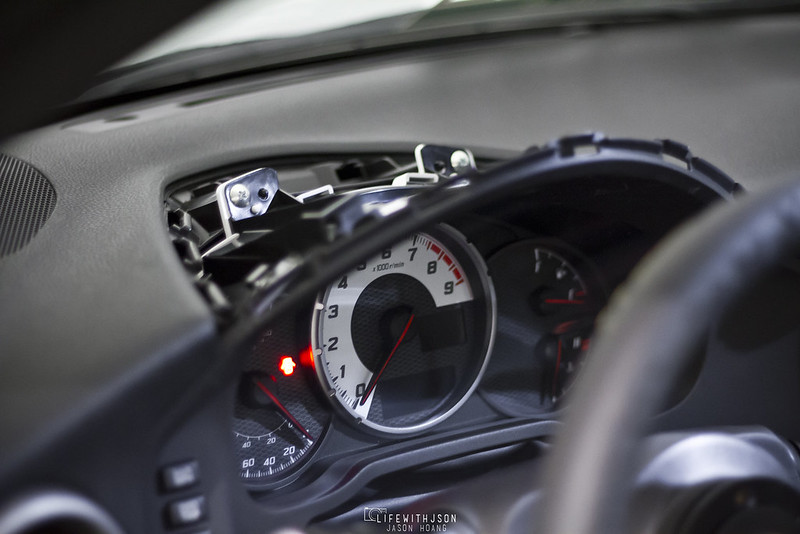 I also sat in the cockpit for a bit and found out I could easily pop out a part of the dash. I’ll be wrapping this soon too, I guess. I did have left over material from the last project but I’m literally short only about an inch to wrap it all. Kind of annoying but this time I might go as far as just wrapping the whole dash if I find it in myself to attempt removing it all. 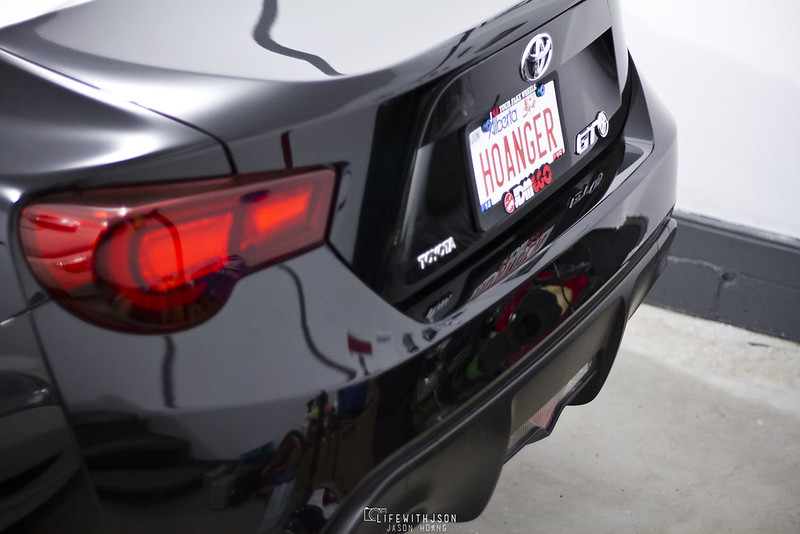 And one last parting booty shot before I go. I would say another month and a half before it can come out and the weather co-operates! Crunch time!