I wouldn’t normally post up so many before and after pictures but I was pretty excited about this one.

Giuseppe has been wanting a canvas print of a shot I took during out photoshoot this summer for his new house. We’ve been going back and forth between sizes and he’s had some issues with his house that put this on the back burner until last night when he was ready to pull the trigger.

He ended up picking one of many of my favourite shots that day and I really wanted it to look extremely clean for a canvas wrap. I spent a few hours last night cleaning up and making sure it was good to go before sending it his way for final approval. This is a perfect example of where the time it takes to edit is really what you’re paying for. Taking the picture is 20% of the work while editing is where the magic happens and I thought this would be a perfect example of that. 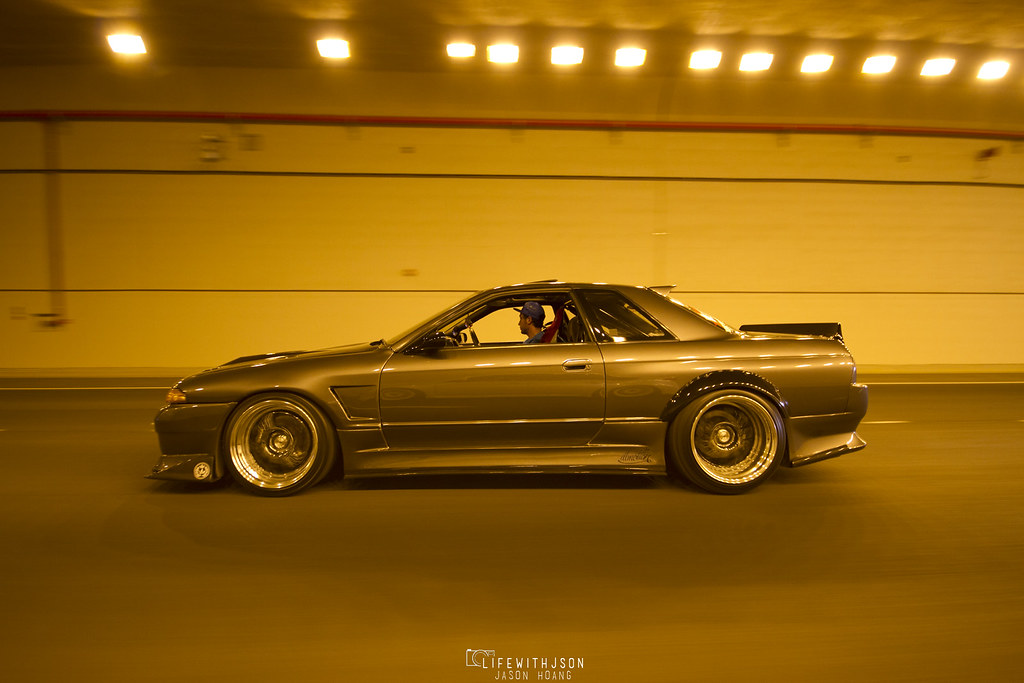 The before picture. Again, all I’ve added was my watermark.

The white balance is off because we were in the tunnel, the reflection of Aldrich’s car is across his whole car and there are a few other little things that can be a small distraction. The last thing I’m sure Giuseppe wants is a reflection of someone else’s car, an orange/yellow hue, and switches and pipes all over the place. 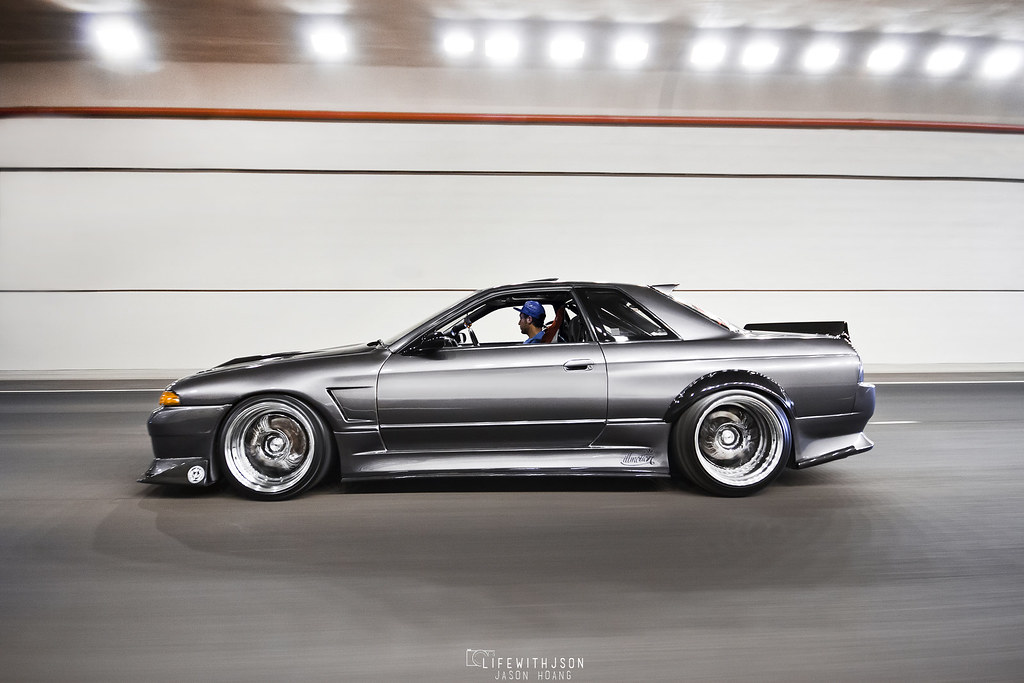 So let’s fix that up for him. The white balance has been adjusted to help make Giuseppe’s car pop like it really does, I took Aldrich’s car out of the mix, I removed the pipes and switches on the walls, brought his brakes out a little more, and lit that tunnel up a tad to – I quote Giuseppe – make it look like a million bucks.

The part that took the longest was actually getting Rich’s car out of the reflection. It’s particularly more difficult to do on a metallic car (so most cars) because you need to get the grain, the texture, and the lighting all right. Those that do rig shots understand the pain… You have to clone the whole door but you only have a little piece of reference on the car to work with. Dodging and burning help bring out the details as well.

The rest of the credit goes to Giuseppe for building an amazing looking car to begin with. I can’t wait to see the finished product and hanging in your house, Giuseppe!