Finally got some shoes for the FRS in yesterday. Thanks to Ben at AJR for hooking them up off of his BRZ and to Jackie Law for helping me out with getting them. It’s actually a pretty funny coincidence again that I got these wheels at the time I did… I wasn’t actually planning on getting wheels until the new year, but I happened to be talking to Jackie about wanting wheels and he told me Ben might be selling his TE’s. TE37’s and Meisters were on the top of my list with the Advan GT’s and Volk ZE40’s trailing behind… But I didn’t think they would look good without aggressive aero. ANYWAY – this also happened at the same time back when I had my STI – I was talking to Jackie about wanting a Voltex wing for the STI and Jackie said the same thing – “Ben might be selling his wing”. At the end of the day – I just happened to get lucky with timing and talking to Jackie and Ben wanting to sell! LOL

But either way – it’s always been a pleasure dealing with Ben, as his parts always come pretty much mint and always at a price that I’d be stupid to pass up. So here they are! 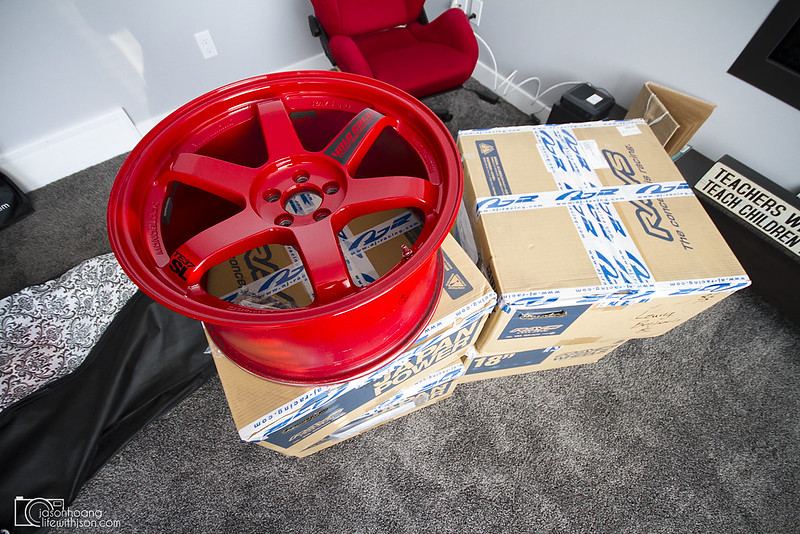 Diana actually got the day off yesterday due to power outages at the school so she was able to pick the wheels up for me! Again… Perfect timing! I need to buy the lotto… 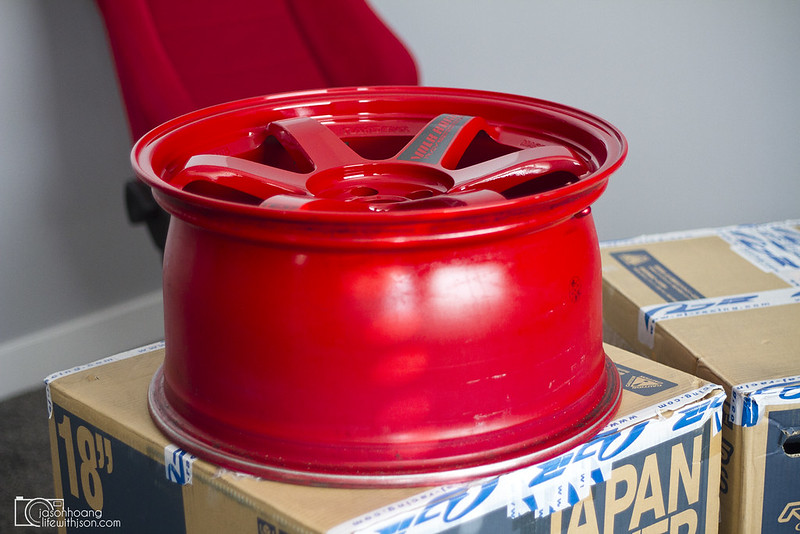 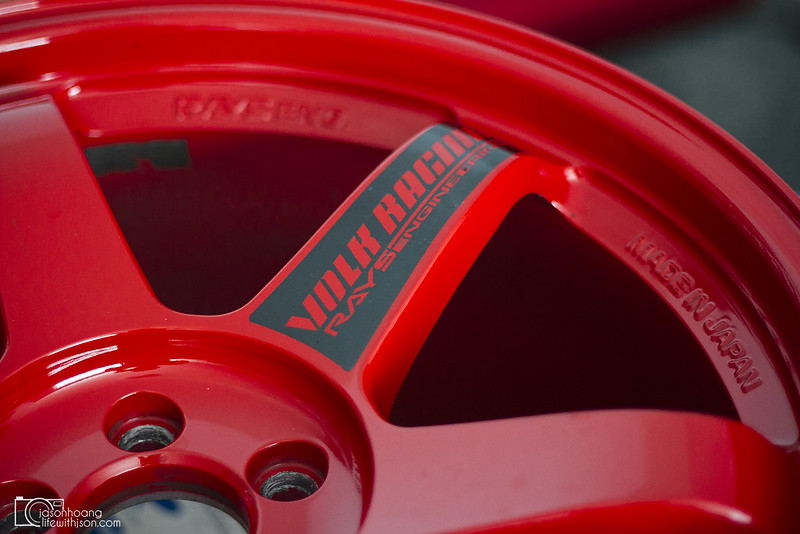 A shot of the SL stickers. Ben actually made his own stickers because these wheels came with red SL stickers, and as you can guess… Red stickers on a red wheel kind of doesn’t make sense. 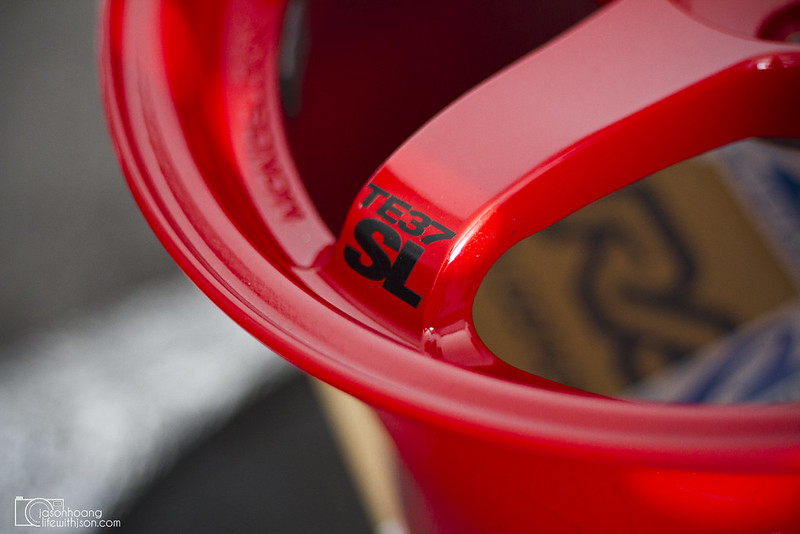 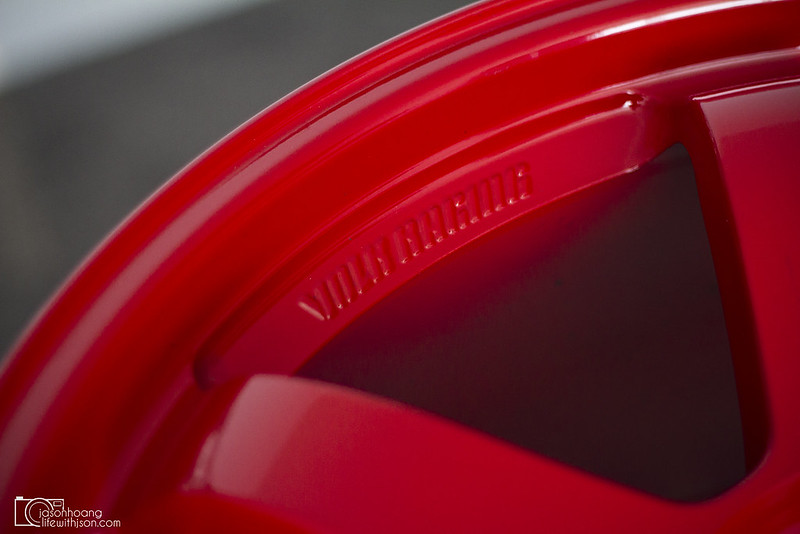 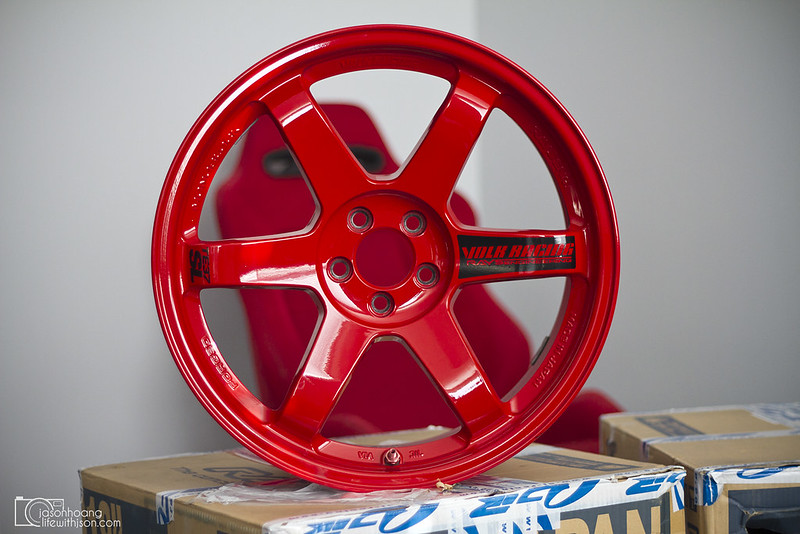 I liked this shot. The red just popped so perfectly with the light and everything. This is my third set of TE37’s and you’d think by now that I would have learned not to sell them… I PROMISE not to sell these wheels this time. 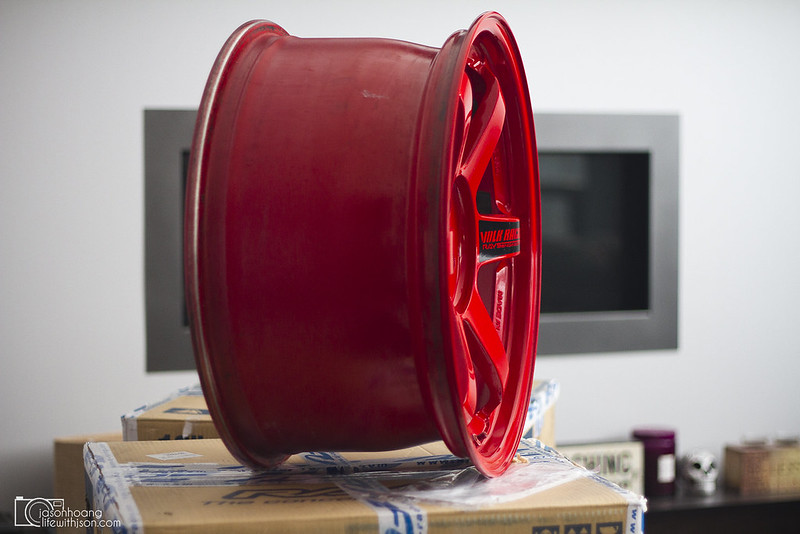 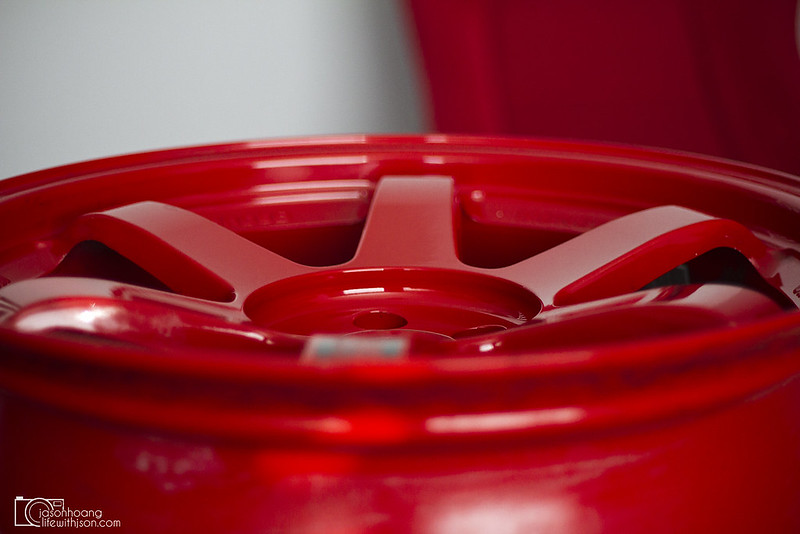 One more shot of that concave that makes the TE37 so awesome. 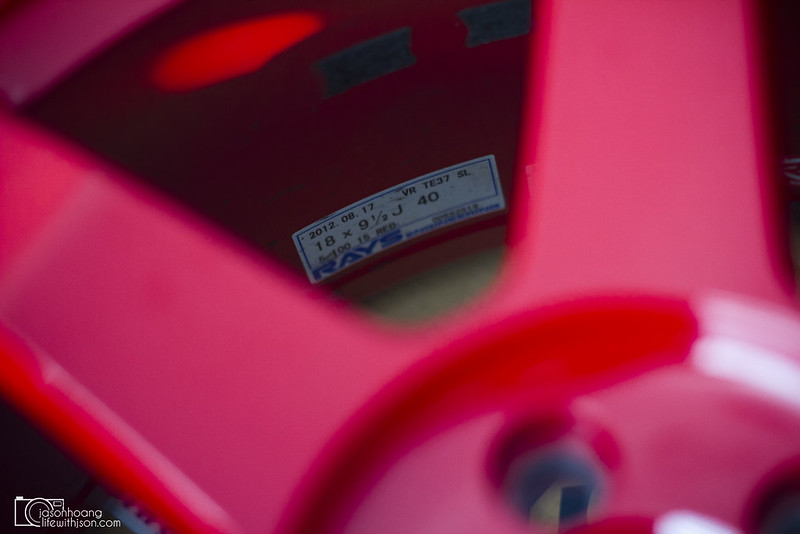 A fairly moderate fitment for the FRS but I should be able to fit a 255 or 265 under the FRS fenders… So we’ll see next year! Now they’re put away to collect dust until next year…

One thought on “No Such Thing as Too Much TE37”