Another (more significant) part to cross off the never ending list for the FRS. I was pretty pumped for these tail lights (I mentioned before that I get excited over mirrors and lights) because the day I found out I was getting an FRS, I knew I wanted to get rid of the altezza-looking tail lights ASAP. I don’t know as a fact, but my personal opinion is that Subaru had some sort of hand in designing them based on their tail light ideas for the Impreza hatch… Or I’m just full of shit and bitter about lame looking tails lol.

The tail lights weren’t such a predicament for me to decide on because I’m a fan of all red and not a fan of the fancy designs of other manufacturers like Buddy Club – AKA Aventador tail lights. Valenti makes the second best looking tail lights IMO but still not for me. TOM’S tail lights are very subtle and have a nice layout for the LED’s so it’s not too gaudy but it does make the back end of the FRS look a lot nicer – especially black or white FRS’s.

I ordered them off of FT86speedfactory and got them within a week of ordering and with so many places selling TOM’S tail lights, or FRS parts in general, it’s super easy to just find some random site and to purchase something that doesn’t have the proper warranty, or it’s a replica, or it’s just not legit. Kind of lame but I guess that’s what happens when you want to mod a car with a huge aftermarket world to choose from… 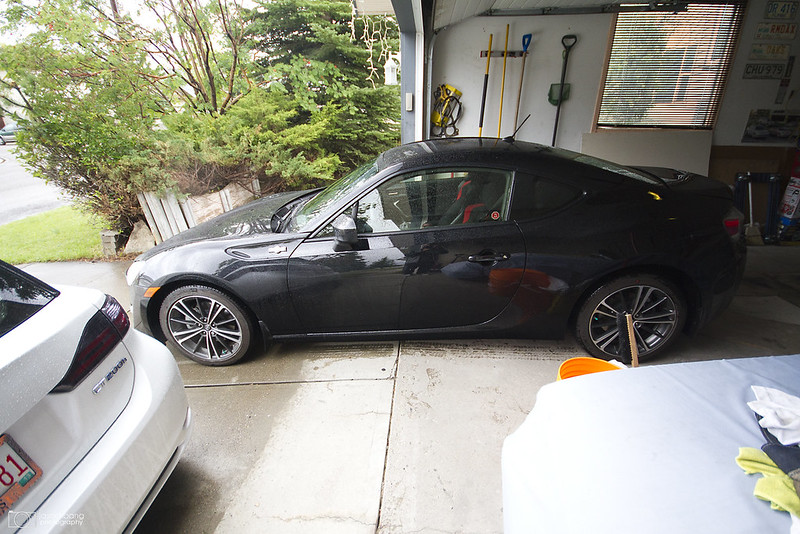 Anyway – I picked the tail lights up at UPS at lunch (Thanks Punit for holding them for me) and headed over to JC’s after work to install them quickly. It’s a fairly easy install but JC has been hounding me about getting TOM’S tail lights since I’ve been shopping the dealerships too so I thought he’d appreciate the install part too. 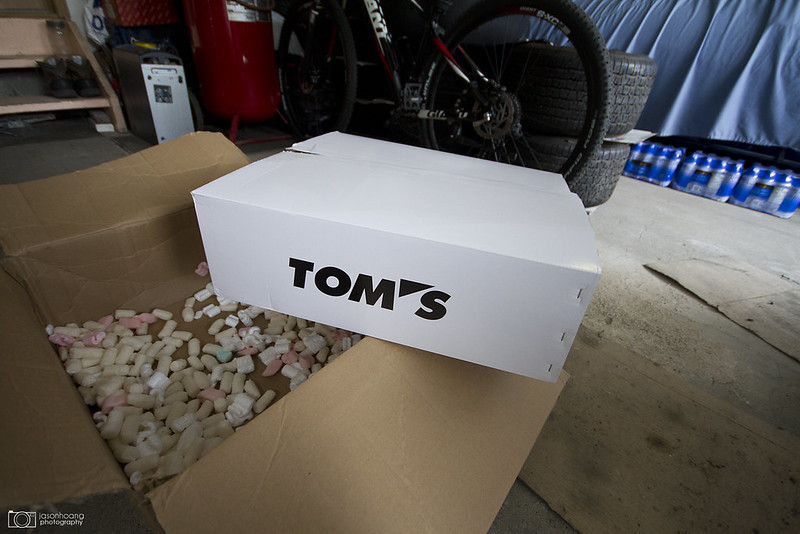 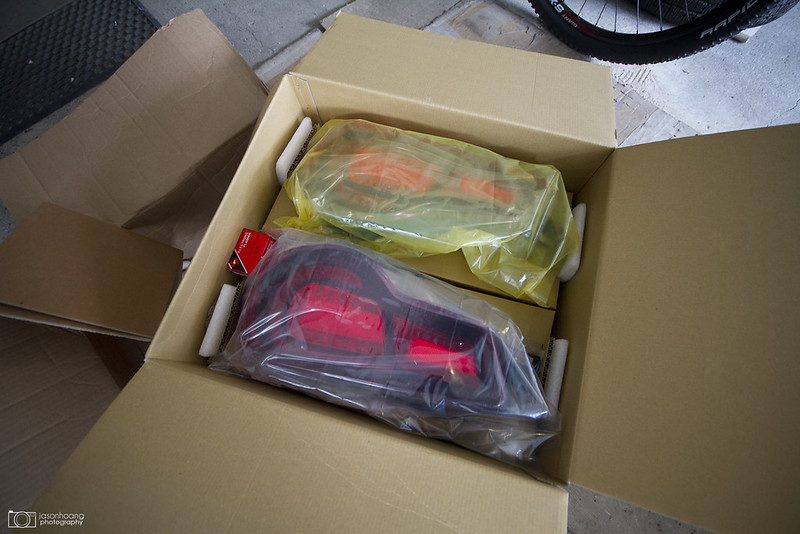 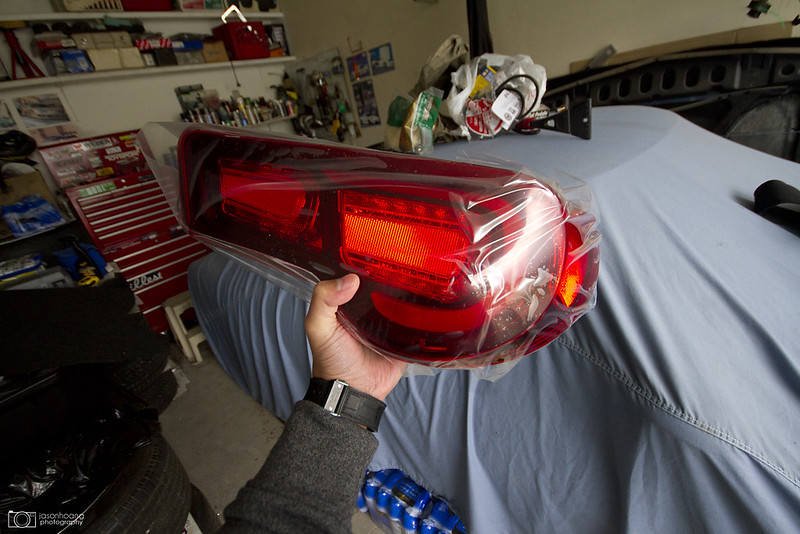 An upclose. I plan on keeping the plastic on like a true Asian to prevent scratches. 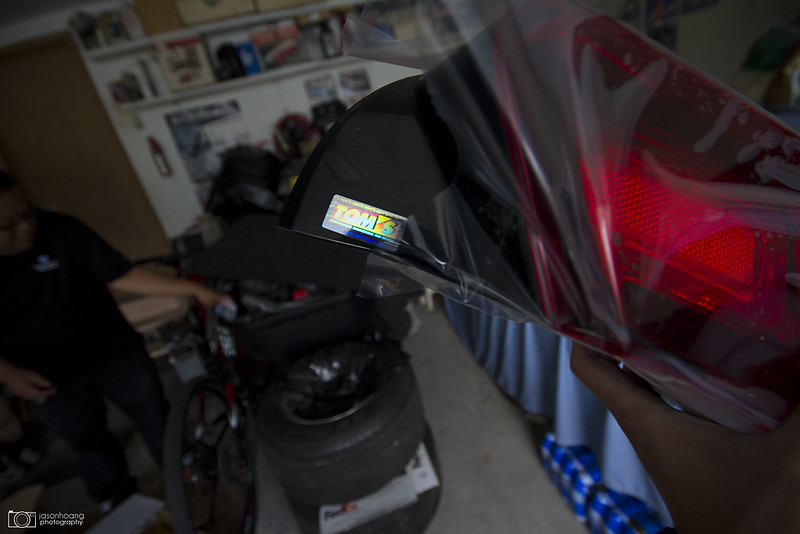 A shot of the holographic TOM’S sticker – to prove authenticity… 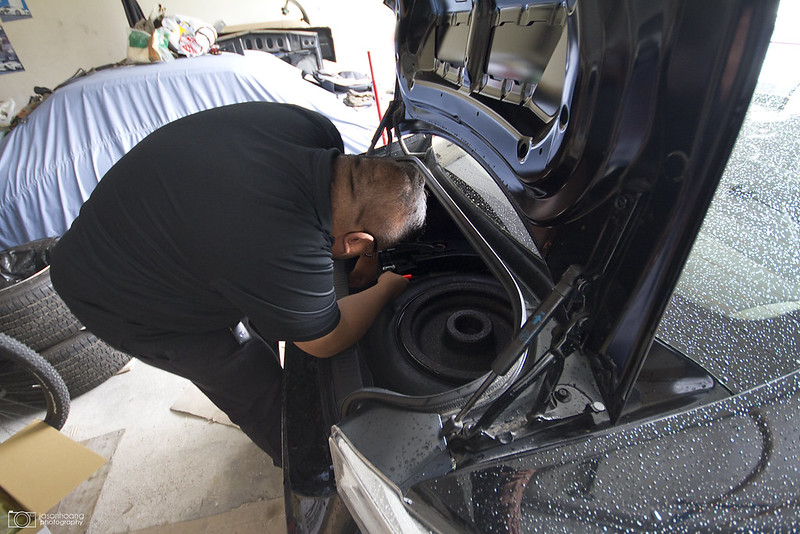 JC working on moving the panels and liners aside. 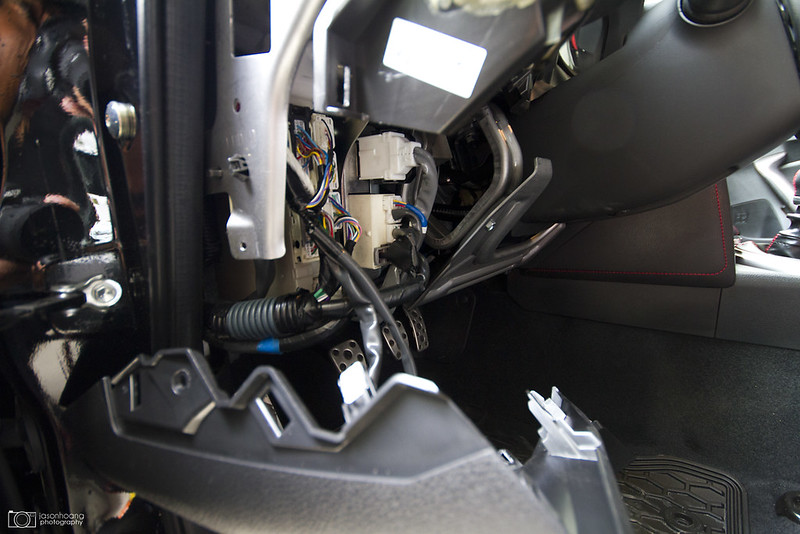 Up front, I took the under portion of the dash apart because you have to change out the relay to work with LED bulbs or else you’ll get intermittent or odd flashing patterns. 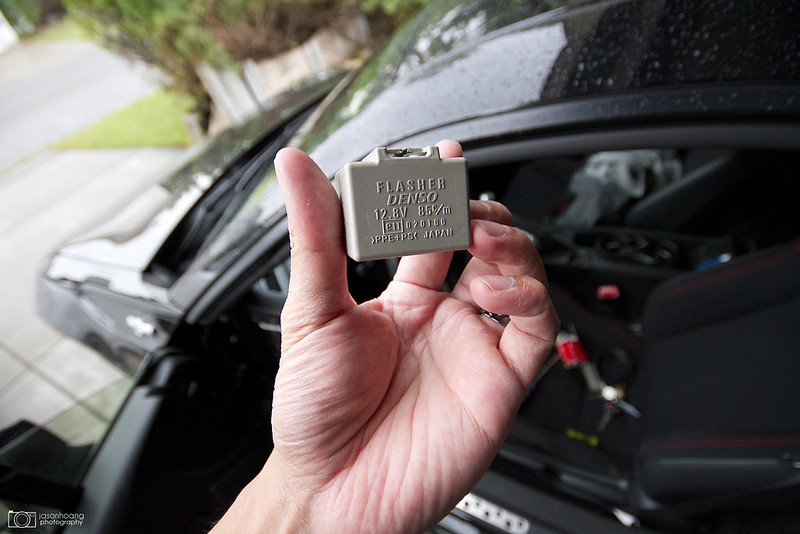 Shot of the stock relay. Kind of a bitch to get out. 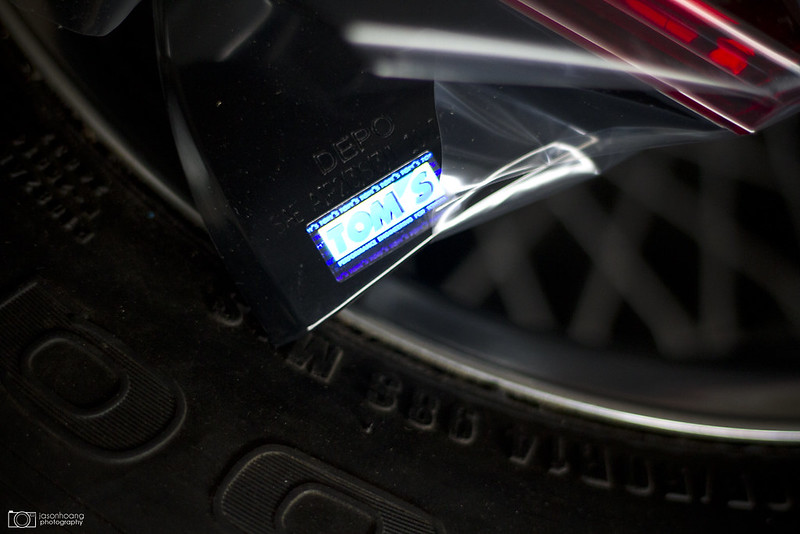 Another shot of the cool sticker lol 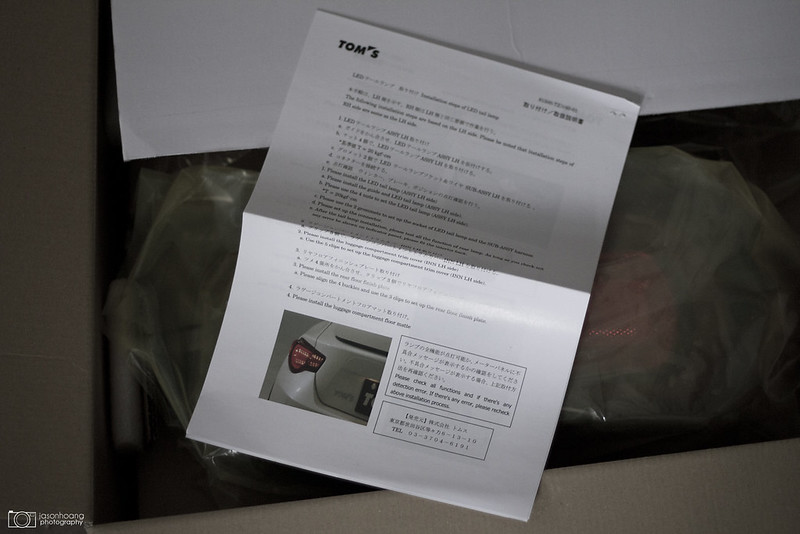 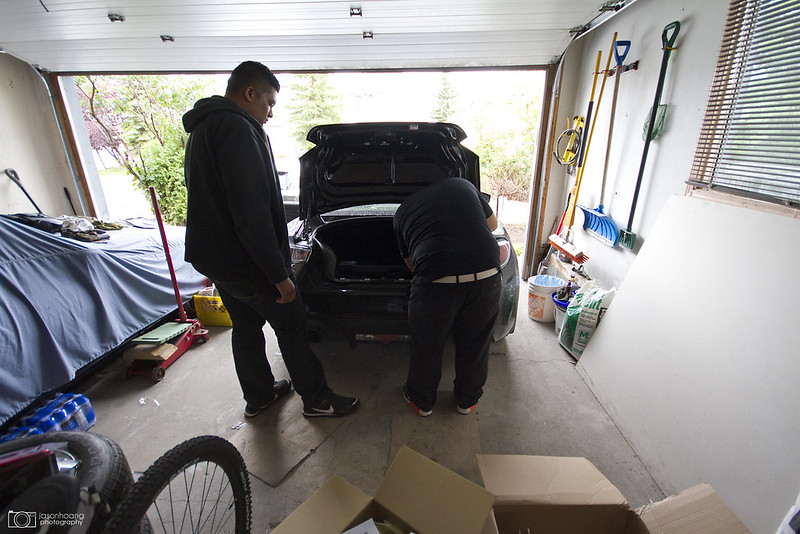 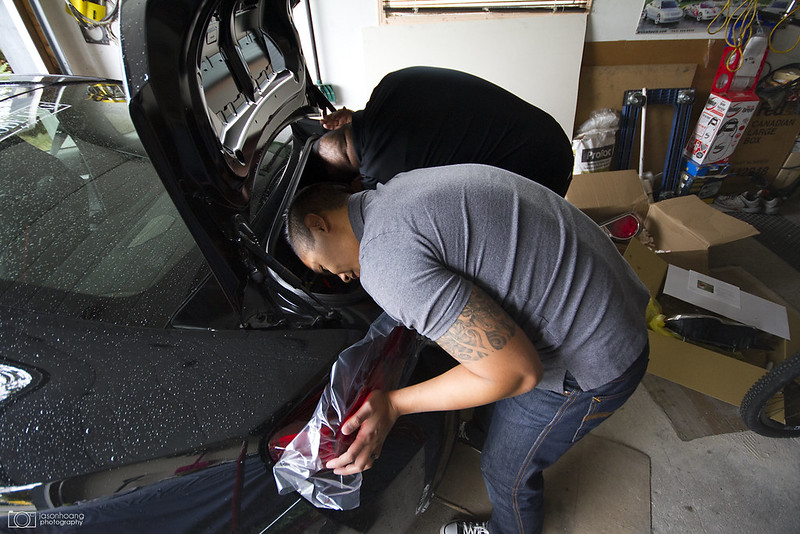 And then he got a hold of my camera and started snapping pics. I’m usually never on this side of the camera so even looking at this is weird for me. LOL 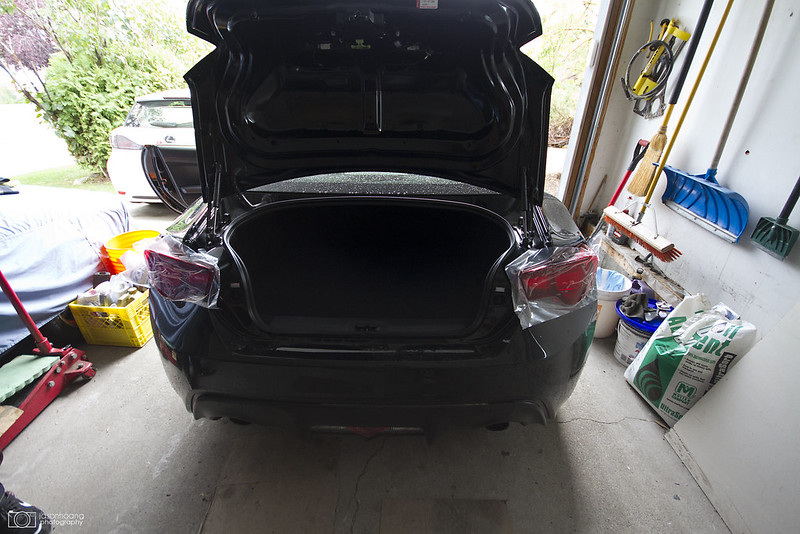 Both tail lights in! They fit like a glove and perfectly as well. No gaps or anything. 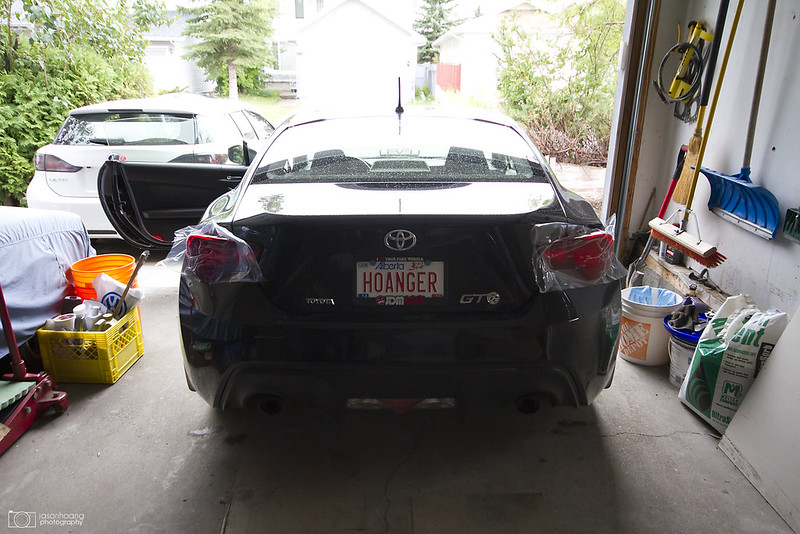 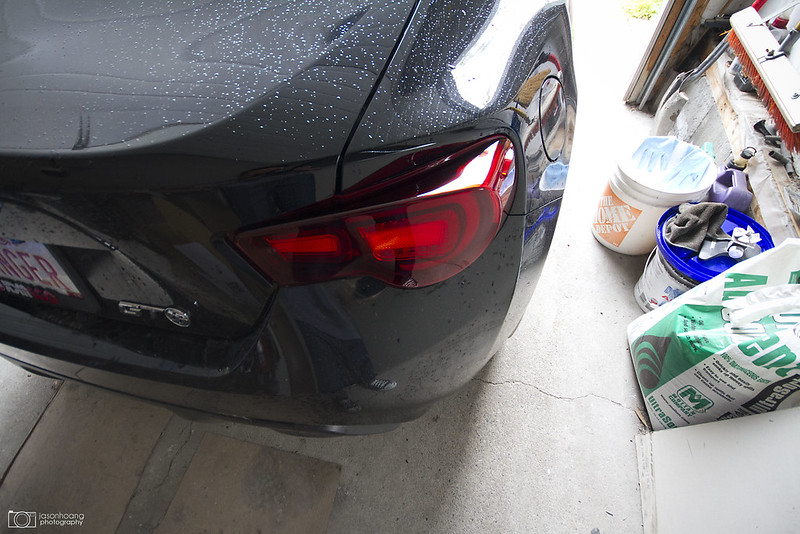 I was just kidding about keeping the plastic on (for those of you that shook your head at me). LOOKS SO GOOD 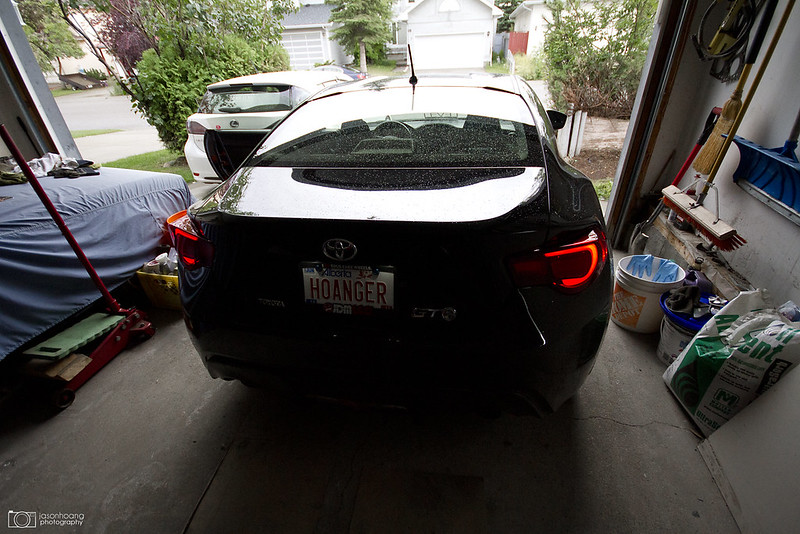 A bad shot but that’s with the lights turned on. My favourite part of the light are those LED “C’s”. 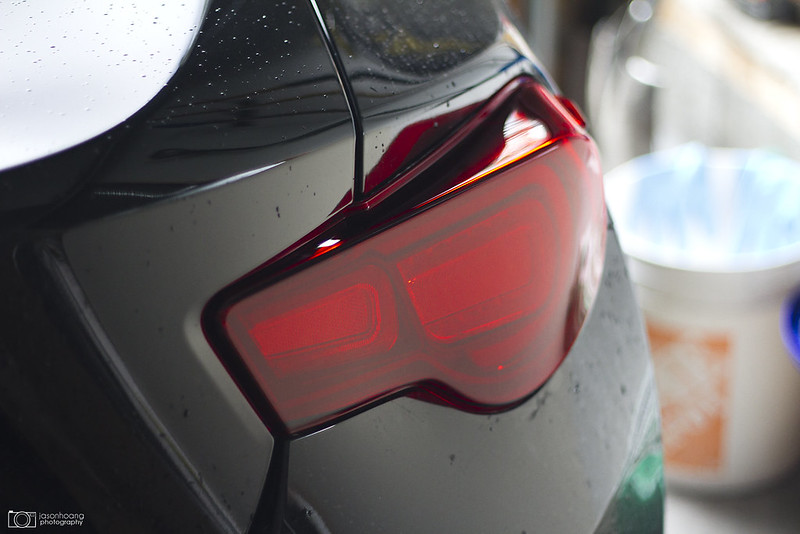 Close up of the tail light. 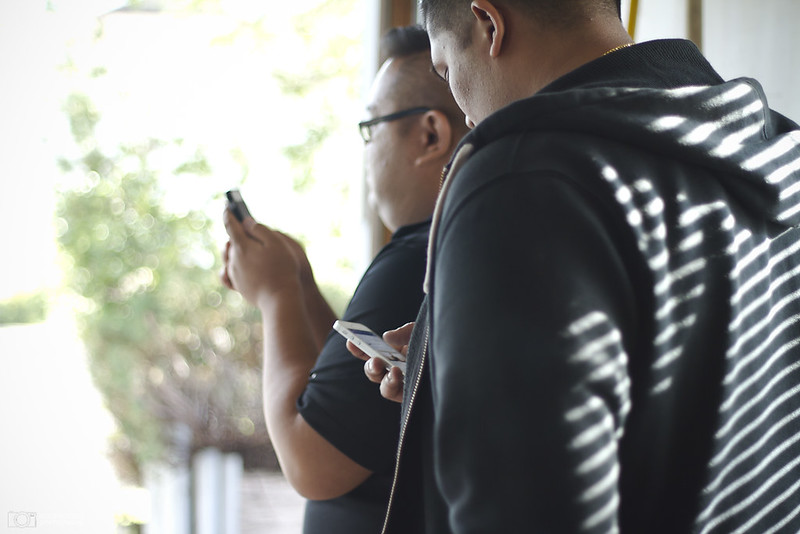 JC Instagramming and Punit looking for some app that we’ve never heard of. Now that I think about it, he still hasn’t told us what the app was or what it does and he searched for a good 10 minutes… 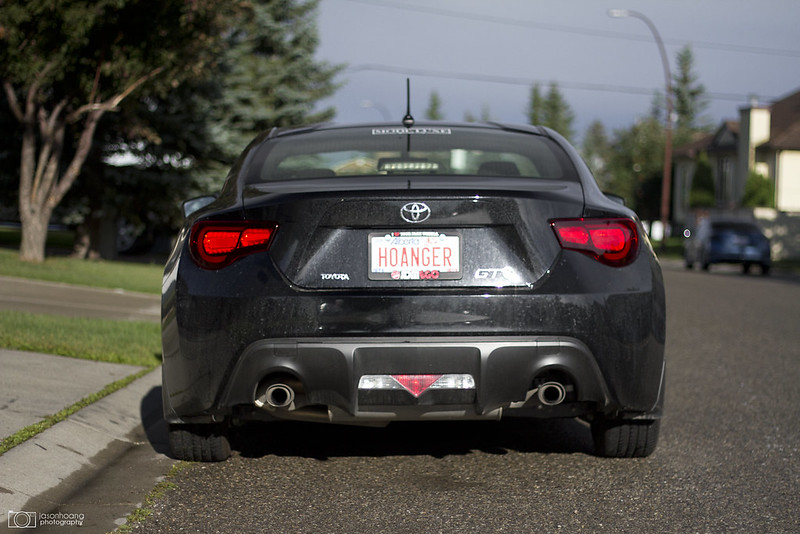 Apologize for the dirty car since it rained yesterday but that’s not the point. The point is how much better the back end looks now that those clear lens tails are gone. 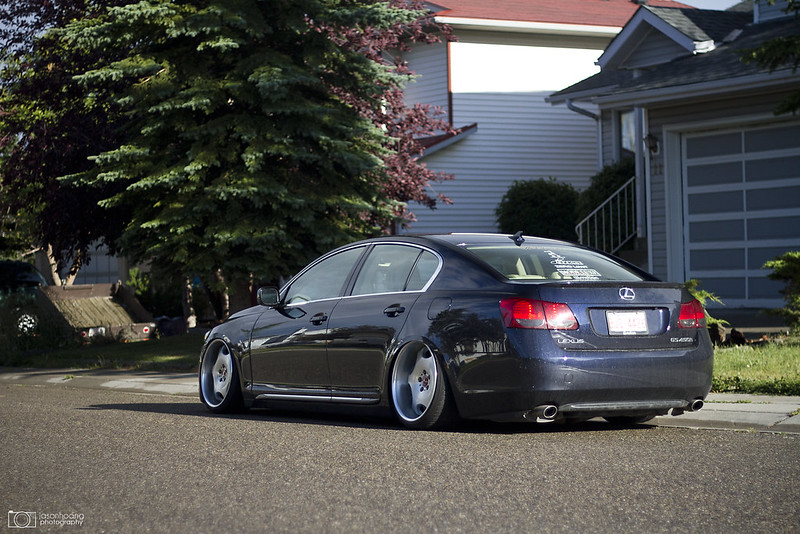 Punit’s GS over there somewhere. 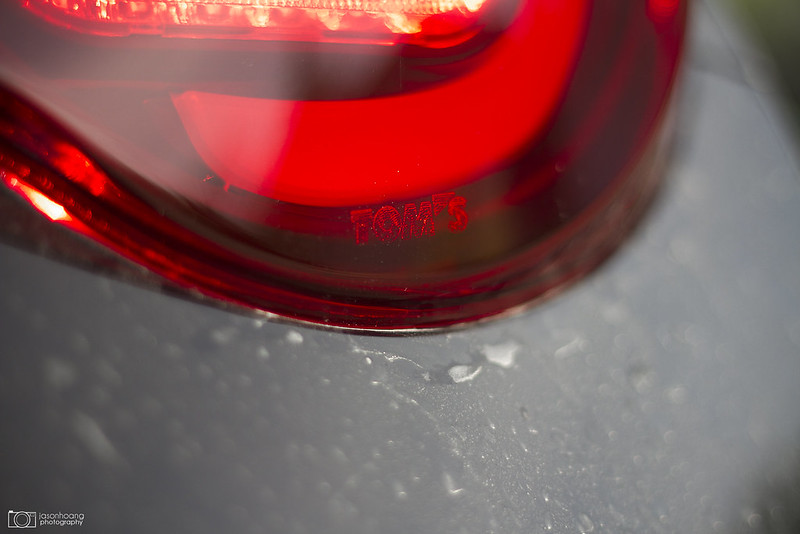 A close up of  TOM’S etching underneath each of the tail lights. 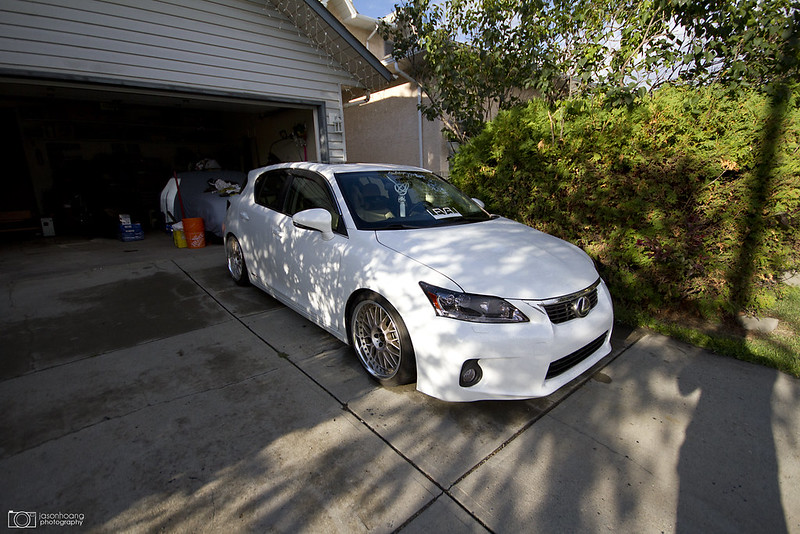 Felt bad that I snapped a pic of Punit’s car and not JC’s… So here you go. 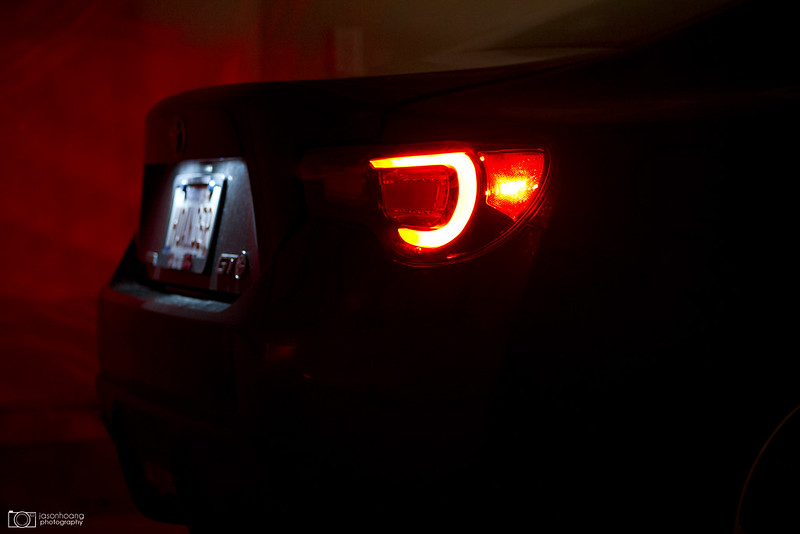 Got back home and took a few more shots in the garage. Another with the lights on.

I should also add that these are the USDM spec tail lights and not the JDM ones. Why the USDM over JDM, you ask? I chose it ONLY because the blinkers are red on the USDM version where as the JDM version blinkers are amber. The other difference (which didn’t matter to me anyway) is that the side portion that you see up top lights up in the USDM spec and it does not light up at all in the JDM spec. So really – I chose it because I like red more than amber lol. 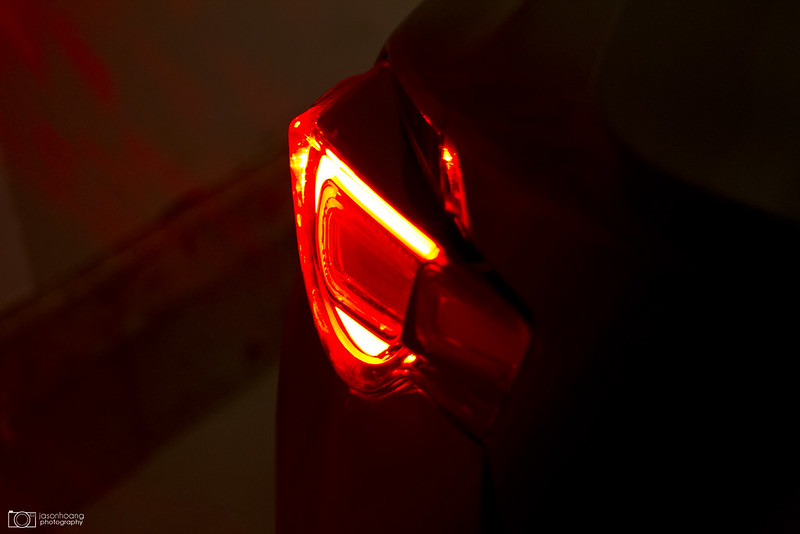 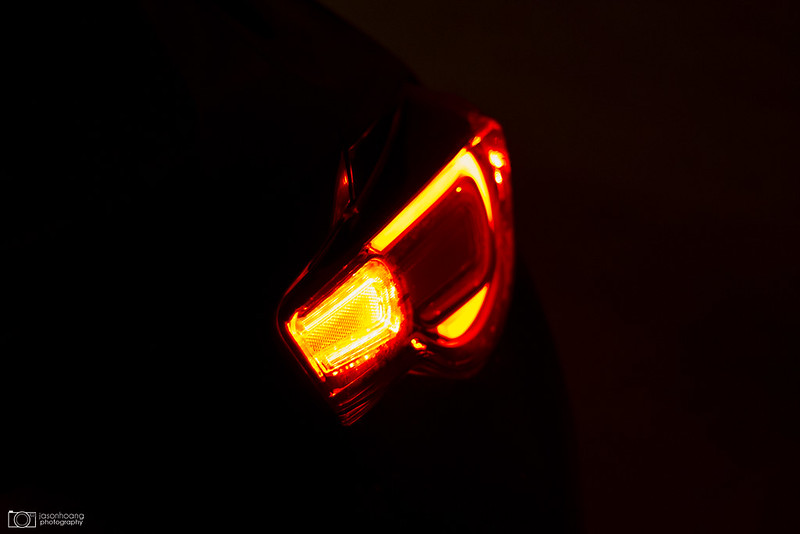 And a shot with the blinker on. The red just matches everything better IMO…

Onto the next one… Soon, I hope!