The final part for Tony’s IS350. If anyone knows me by now from reading my blog, it’s that I have a love/hate relationship with rolling shots. I love them because when everything works out perfectly, it’s a great way to end the shoot. On the rare occasion, I’ll get nada for rolling shots and it’s a total bummer sitting at home after the shoot and finding out nothing came out the way I had intended. Sometimes it just happens with bad lighting, traffic, lack of time, etc. However, that’s not the case this time – Tony’s car was fairly straightforward except for the fact that he has the deadliest combination of wheels to paint colour – dark wheels on a light car… But it ended up working nicely!

Overall – it was a fantastic photoshoot for the first one of the year. Looking forward to doing way more because I slacked uber hard last year until the last minute. Not to mention that everybody has something new for 2014 (it sounds like I say that every year – but it’s a good thing). I personally love the attention to quality that is slowly coming our way with people’s builds and it just makes me itch to photograph them all!

Anyways – huge thanks to Tony for coming out as soon as I had messaged him for this photoshoot. It’s a great one to add to the books. 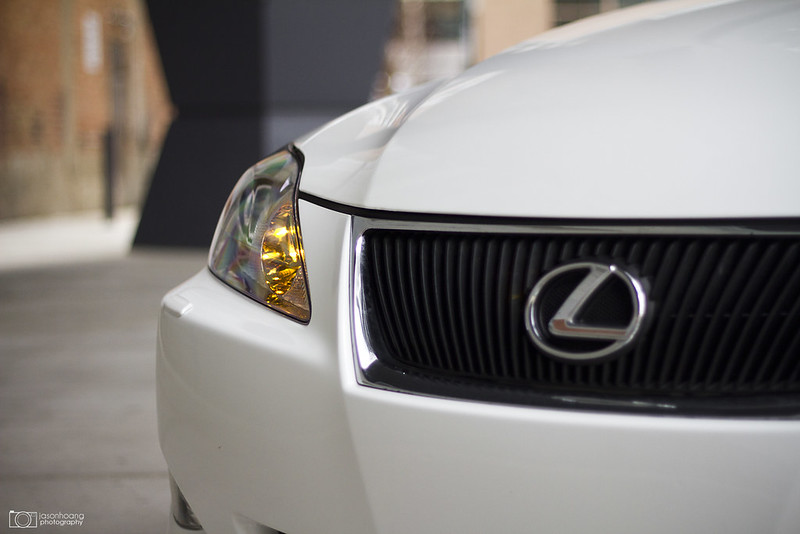 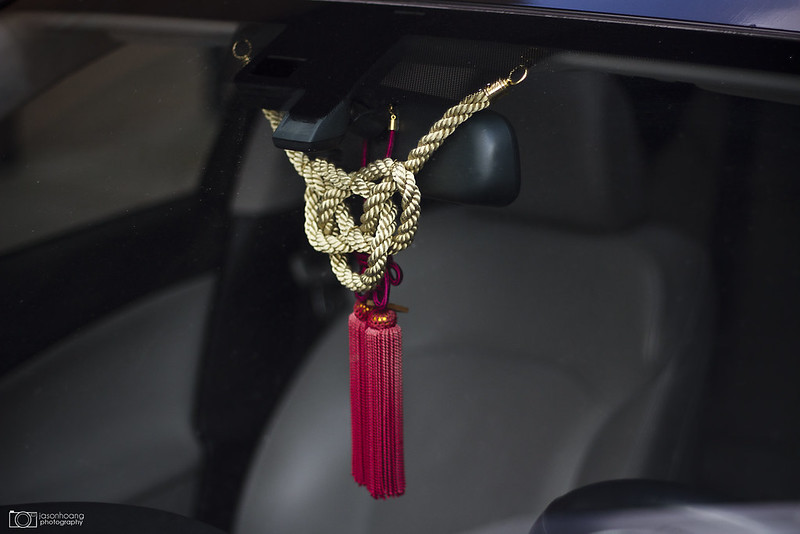 Nice gold and red combo of the Junction produce Tsuna and Fusa. 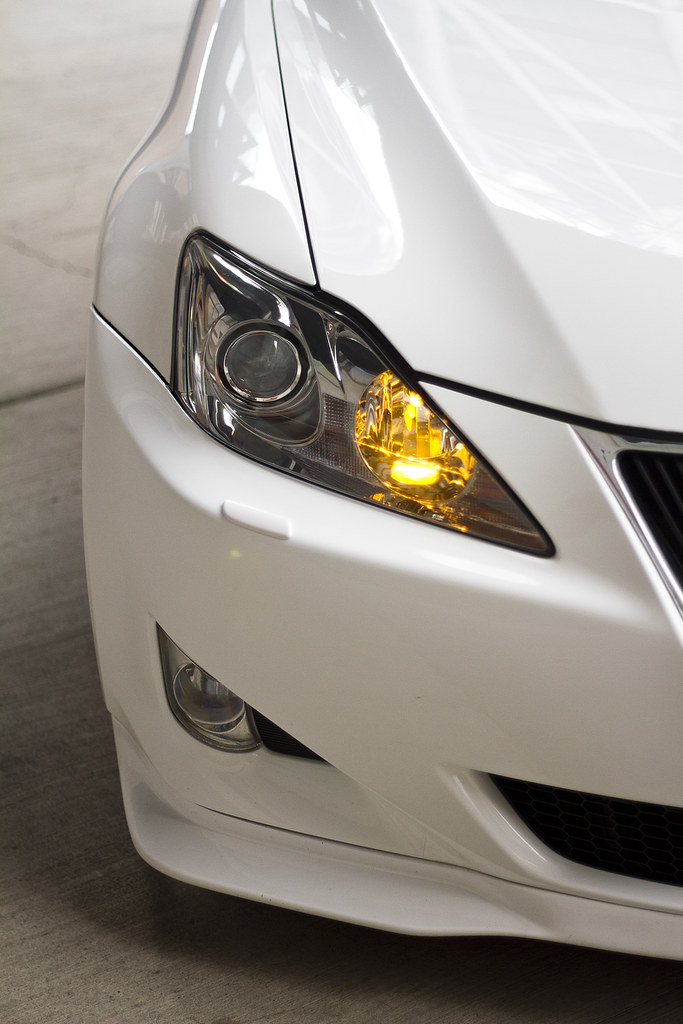 Diggin the 3000K DRL’s on this too. It was always one of my favourite first mods on my cars as well. 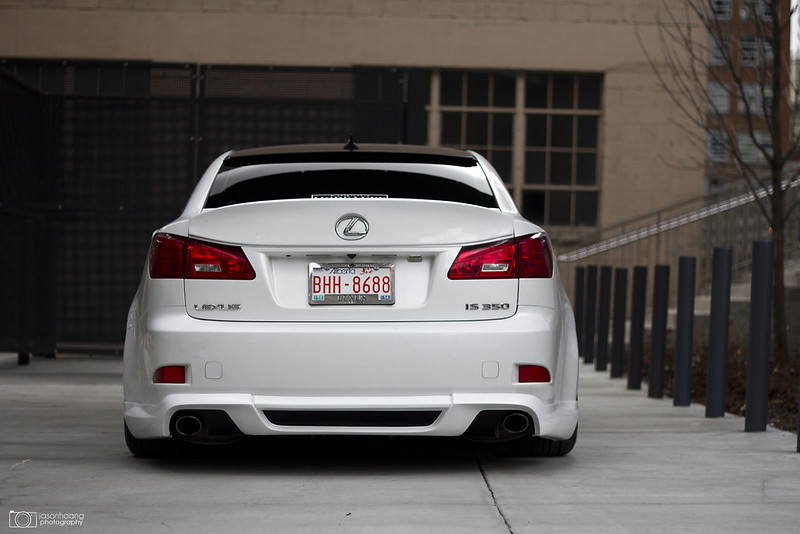 Of course we need another ass shot! Can’t get over how well the lip and and trunk lip go together. 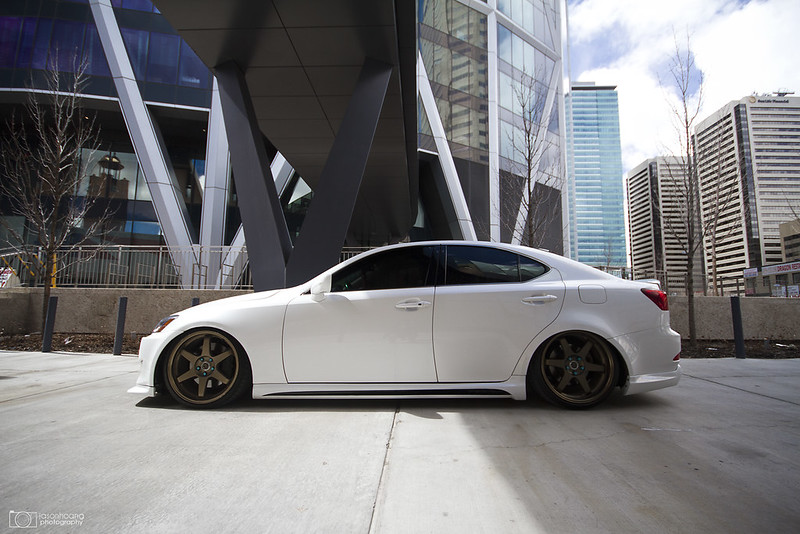 Light/Shadow shot right under the Bow. 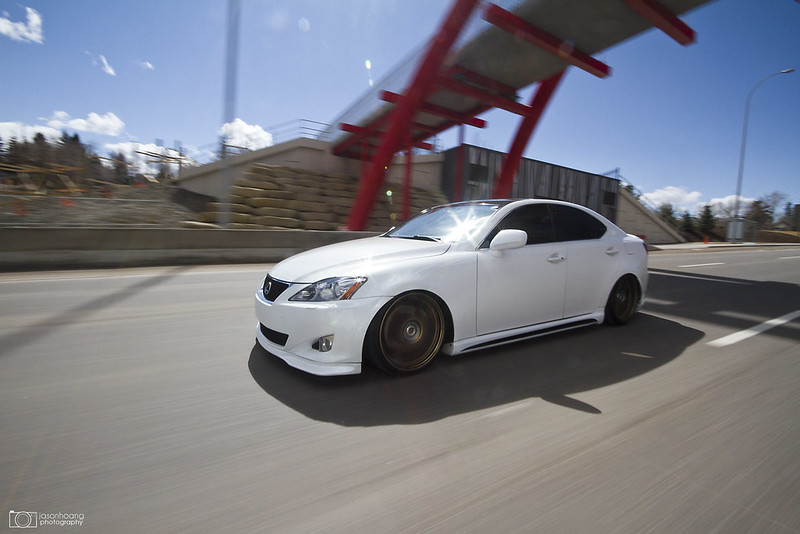 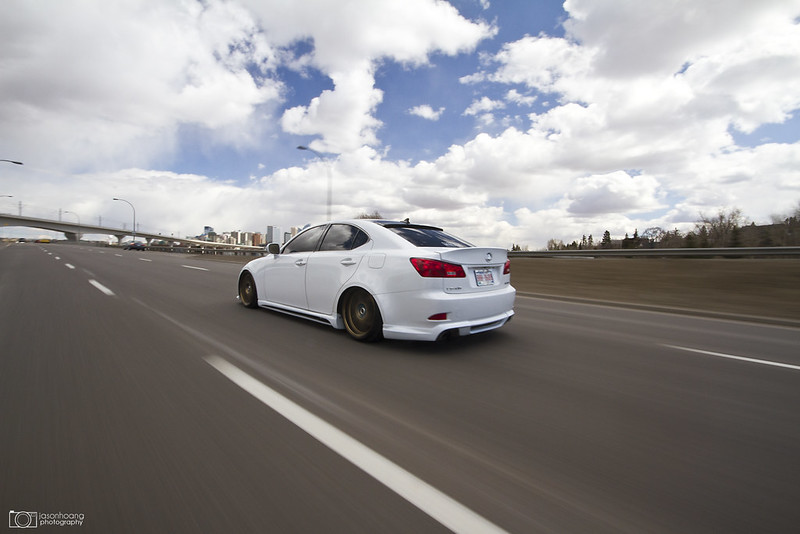 This was a great shot of Tony heading into the core. 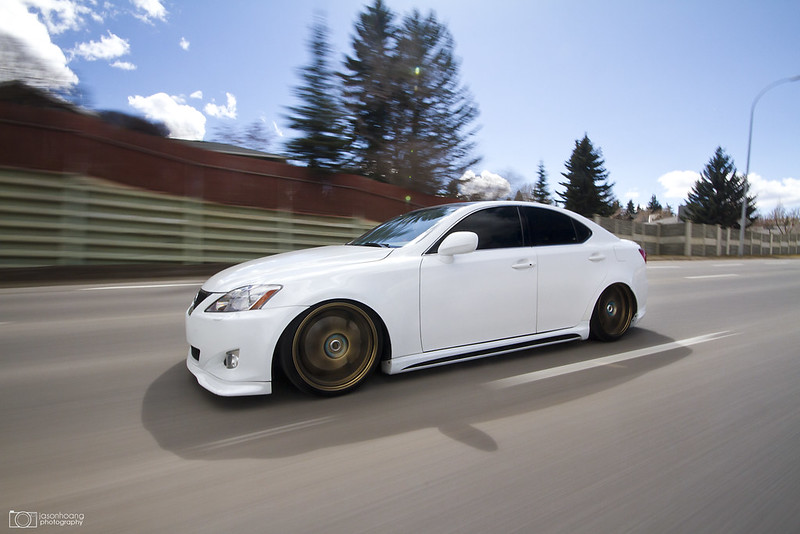 The lines of the IS at the front quarter all the way to the back are pretty close to the 08 GS. I also loved this shot because it showed how low Tony rolls on a daily basis. 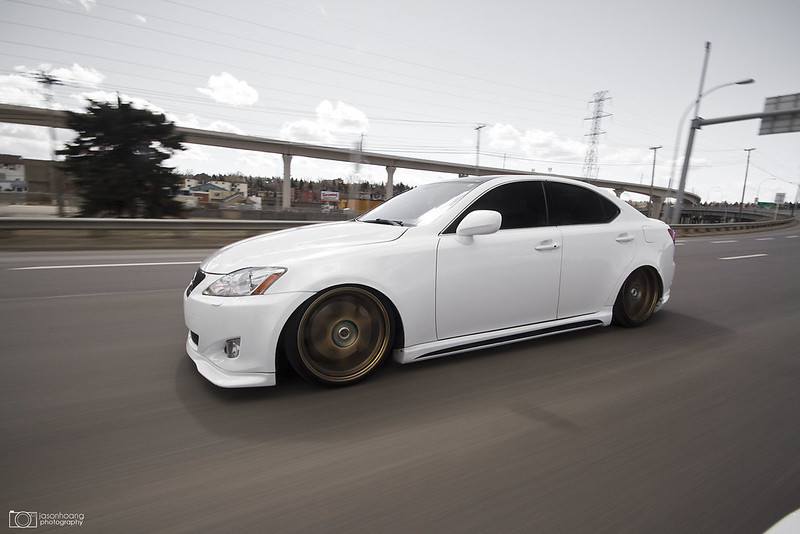 Another with a more monotone look. 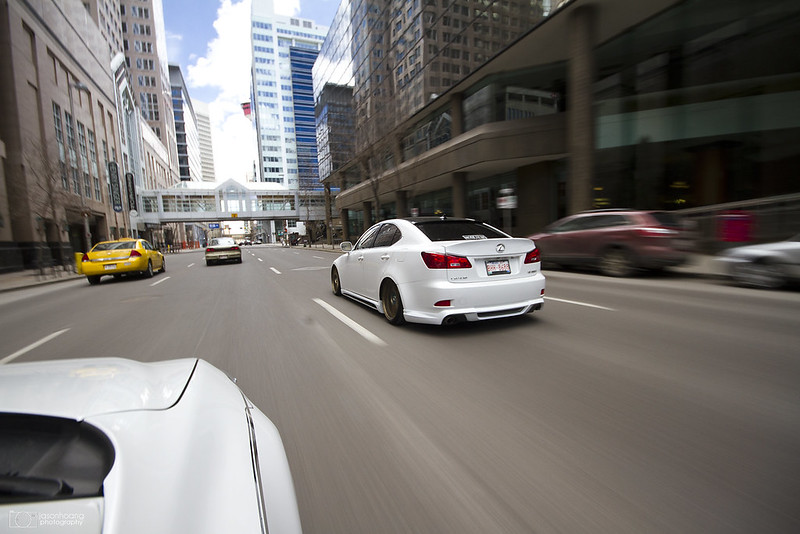 Downtown cruising. Peep the Calgary Tower in the back. 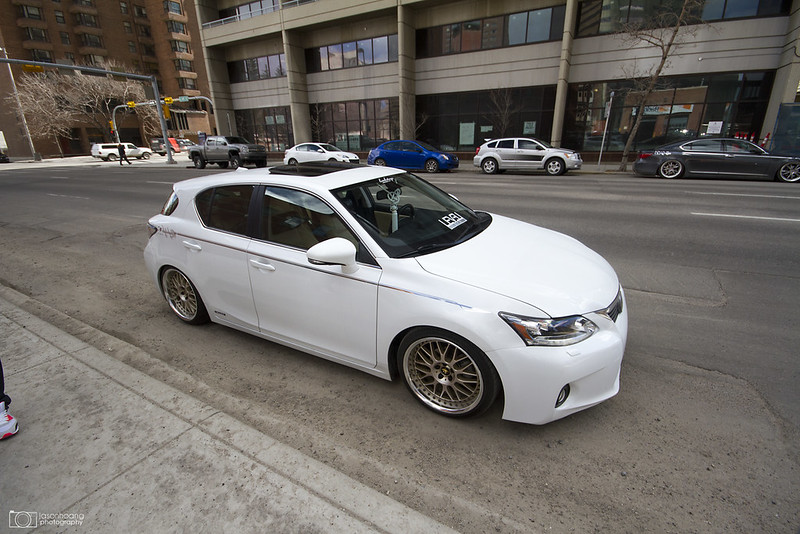 And after the shoot chillin. 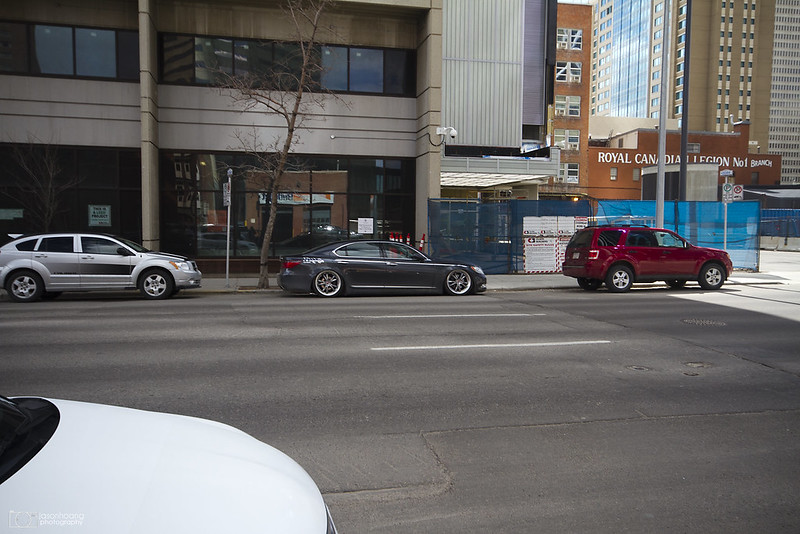 I love the side profile of the LS with the long wheelbase. It just looks so ridiculously long hahaha

That’s a wrap for Tony’s photoshoot! Hopefully some good ones to come! Punit just got his air install completed by Jackie last night and we got a few more cars just getting ready now to do more shoots!