During the weekend I had the chance to drop by Zero Limit to get an oil change for the LS and see how the progress is with Punit’s GS and the air install. There’s rumors that it should be done this weekend… We’ll see! 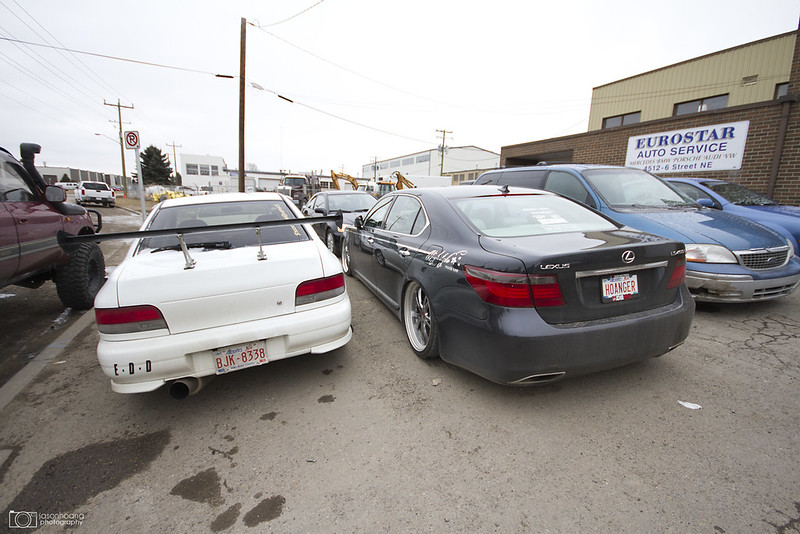 Got VIP parking right next to this gem. 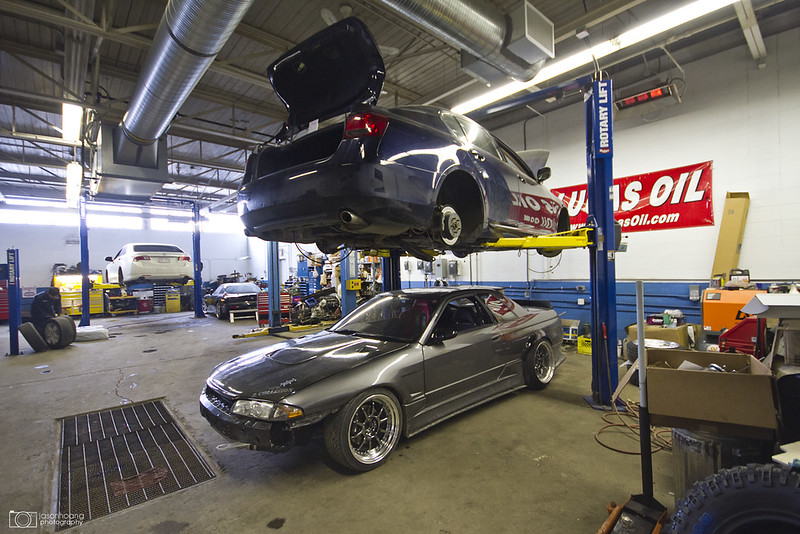 Punit’s car on the hoist. A nostalgic view for me from last year… Also a nice surprise was Giuseppe’s Skyline sitting right under Punit’s car. Always a nice sight to see and I was surprised to see some new shoes! I love the look that Giuseppe is going for with the Skyline lately. 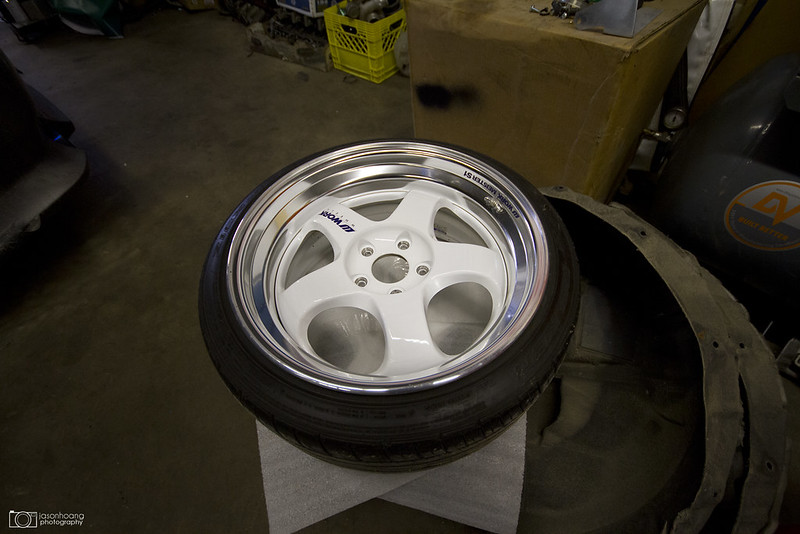 Over in the corner was my old set of Meisters. I miss these so much but I’m glad to see it still around and used on some good cars… 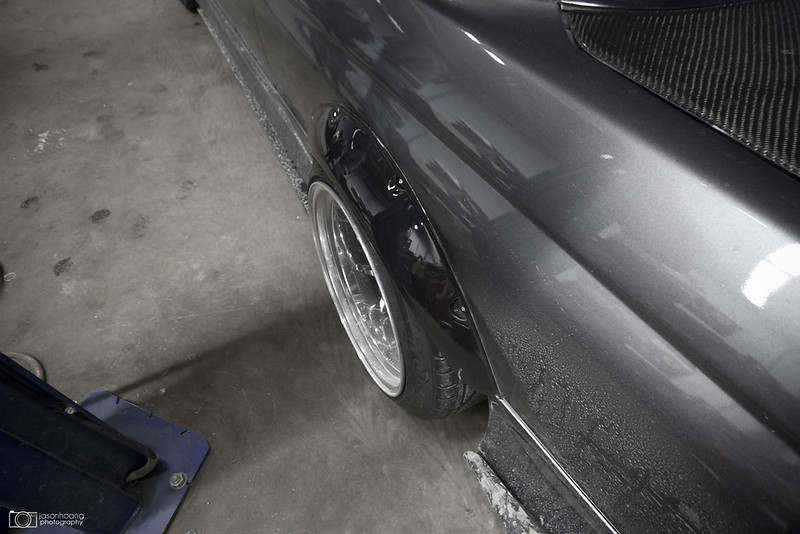 A shot of Giuseppe’s rear over fender and new wheels. 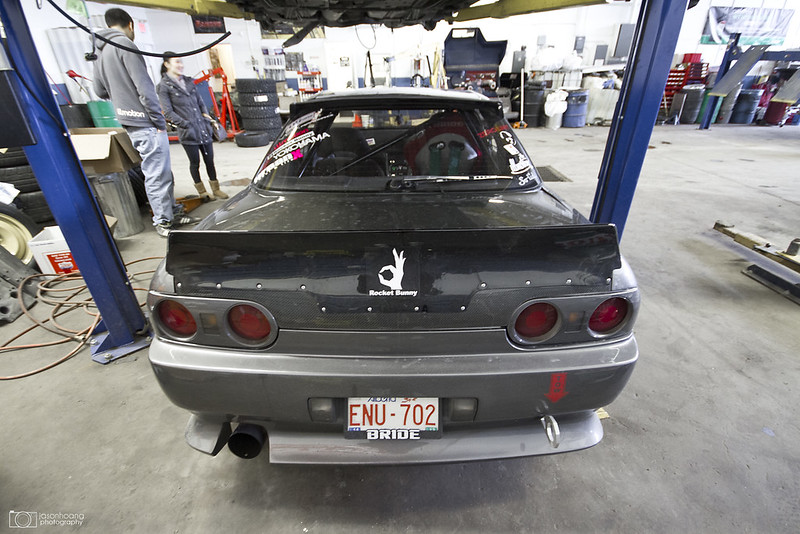 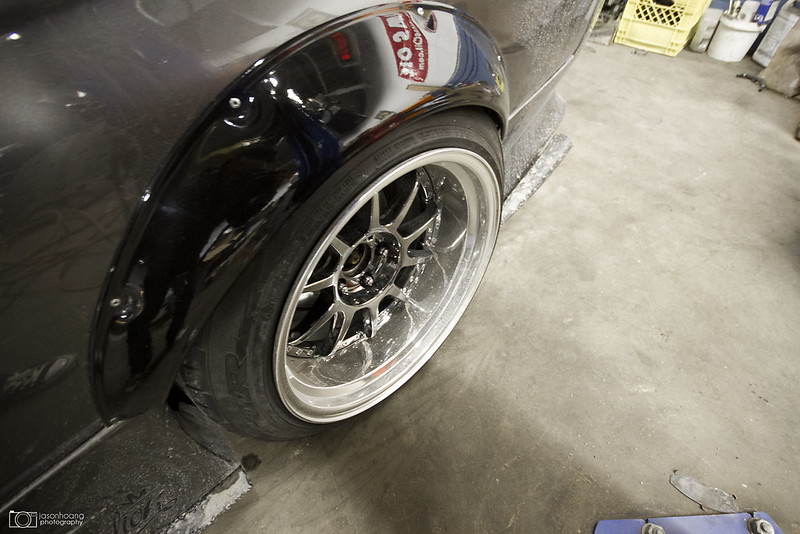 Another shot of the SSR Sp3’s. Love that dish. 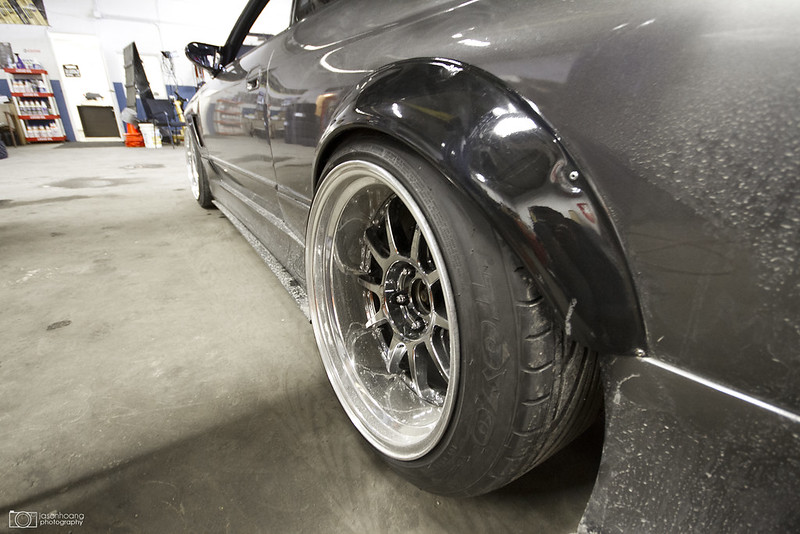 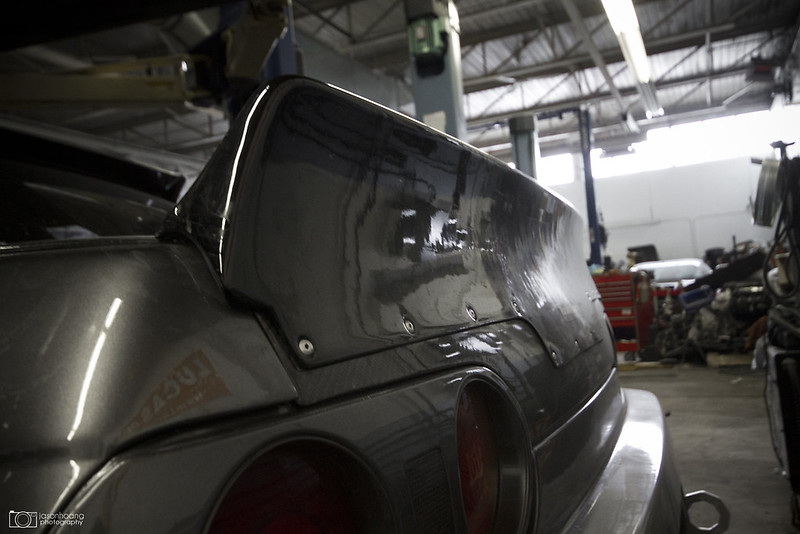 Up close of the Rocket Bunny lip spoiler 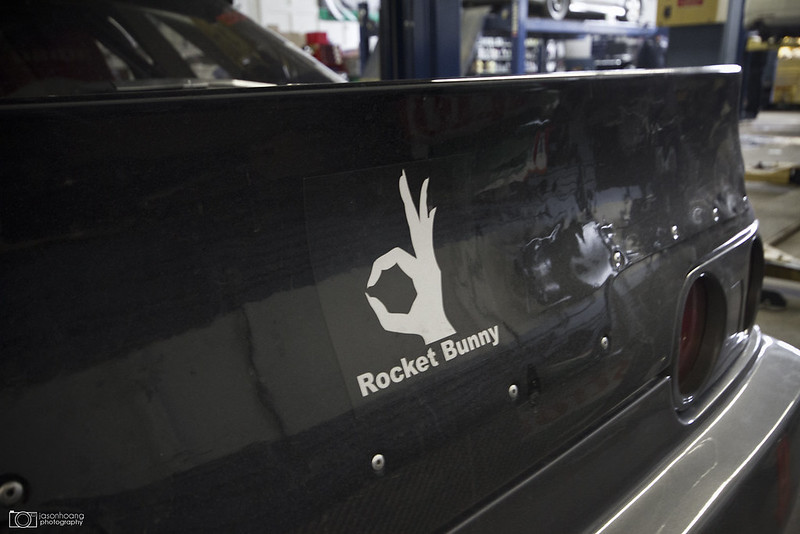 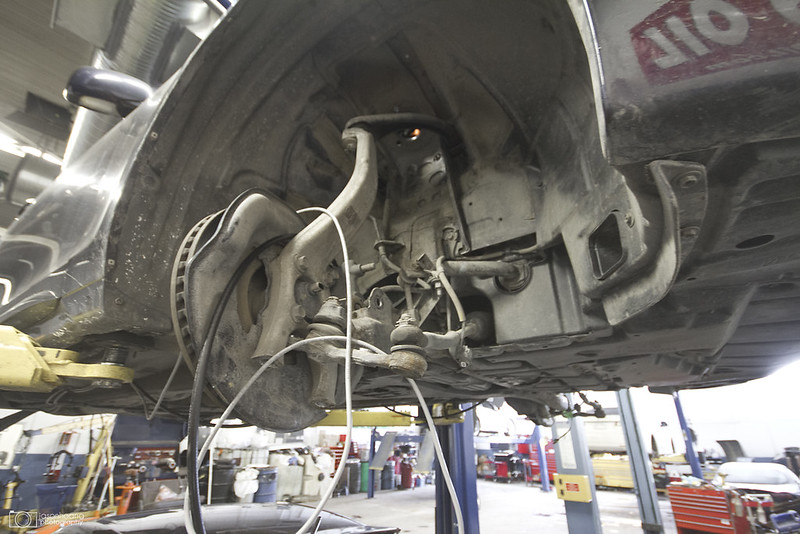 Another familiar site to me. All the lines and wires hanging all over just waiting to be finished! 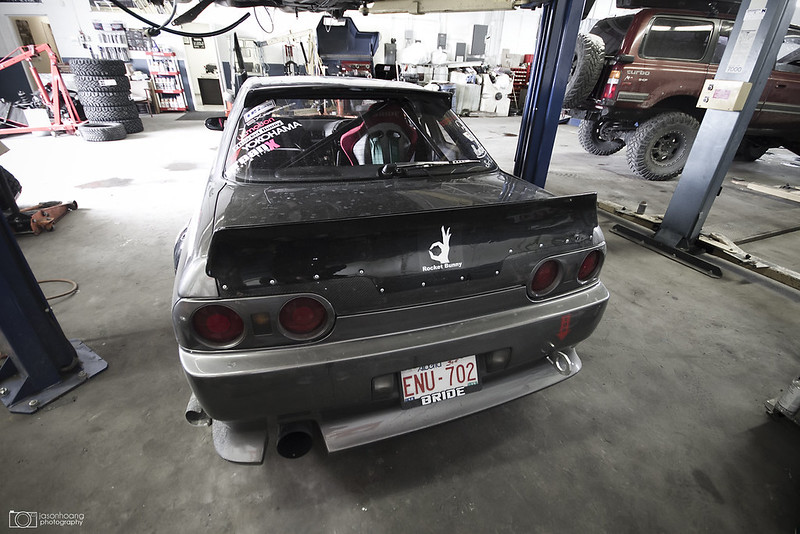 Another shot of the Skyline. Can’t get enough of this… Maybe we’ll go for a photoshoot this year!! 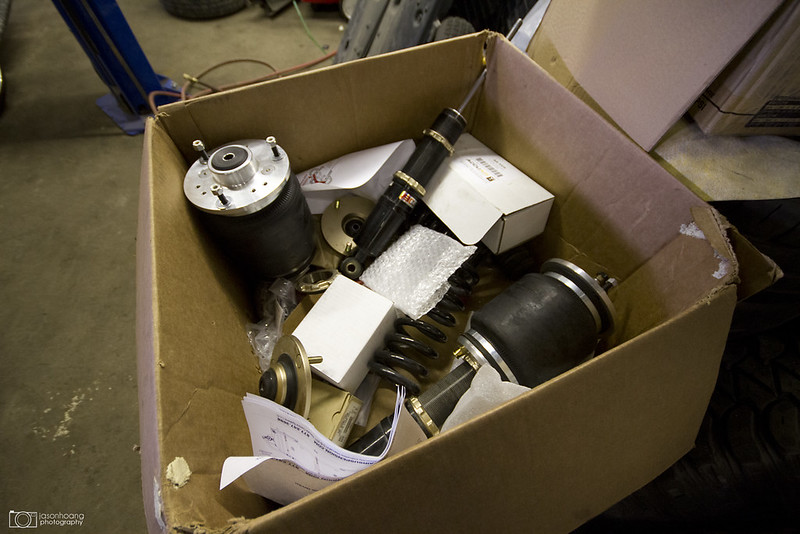 A shot of Punit’s bags. There were a few set backs with his bags that delayed the install and ultimately the completion of it but I believe it’s all sorted and slated to be done by Saturday if all goes well! 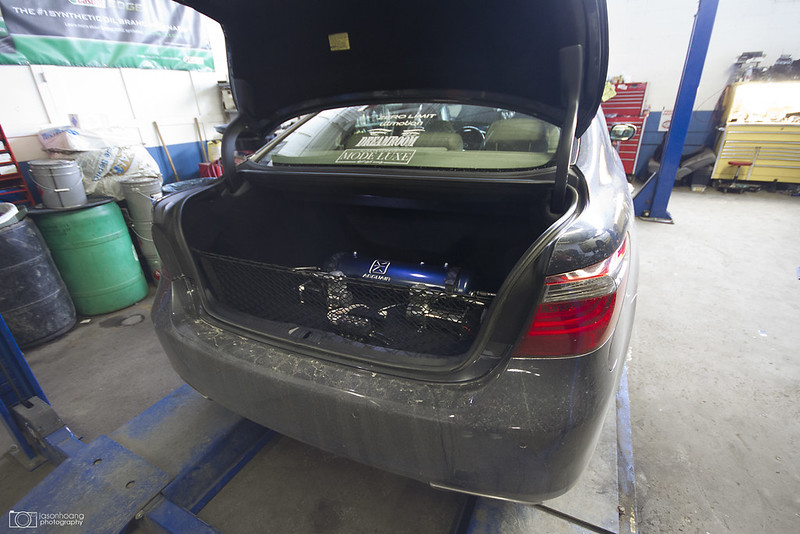 Shortly after, the LS was put onto the rack for the oil change. 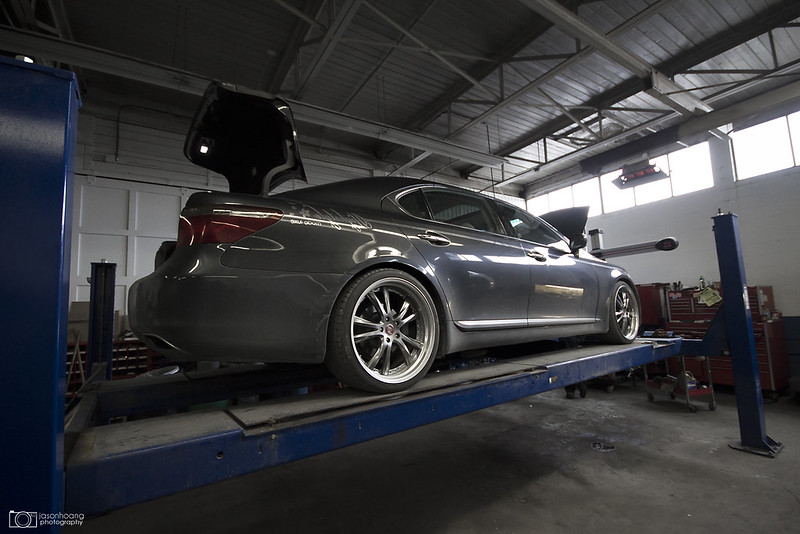 It’s not often that I have pics of the LS aired up. I don’t like looking at it any other way than aired down lol 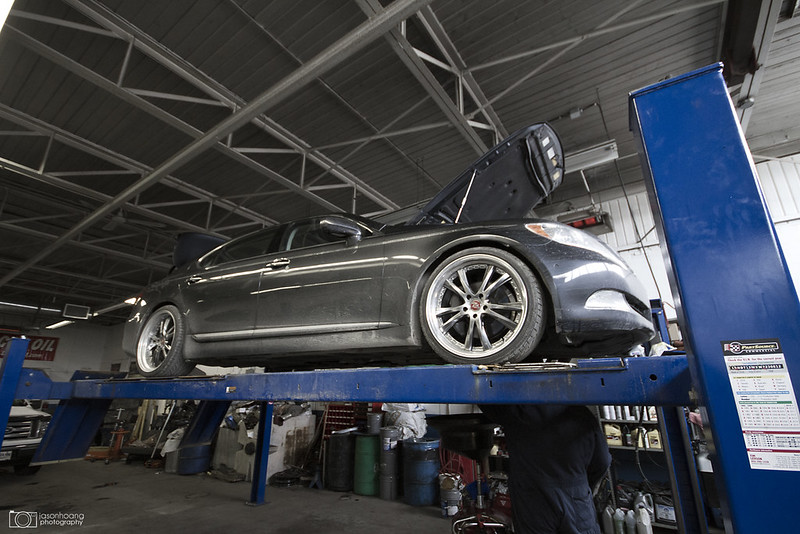 And finally – Jackie doing his thing and taking care of the LS. Probably the only place I’ll be taking my cars from now on. As long as Zero Limit is open, Jackie will be getting my business!