I had to make a stop by Zero Limit and see how Jackie was doing on the car. Once again – have to thank Jackie for fitting in my car in between all his other work and putting in late hours to do this for me. I probably wouldn’t be able to do half of this myself haha especially with the amount of work I saw it was just to take out the rear back seats…

It was a quick visit, he had the LS on the lift and most of the rear gutted out. He was working on getting the rear seats out and it was a PITA because it was on rails since the rears move forward and back and recline…

The pile of interior laid out haha. And that’s only a quarter of the rear. Peep Punit’s wheels/tires right behind there 😉 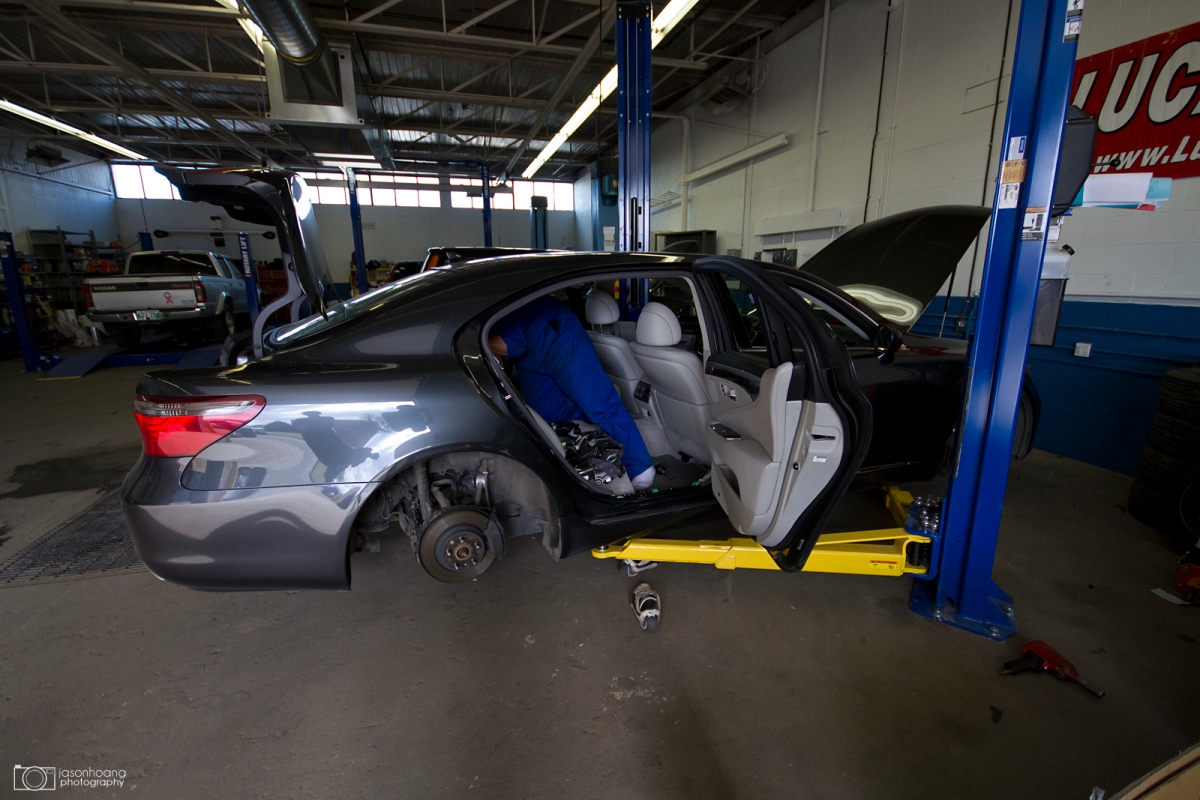 Jackie inside getting the seats out. 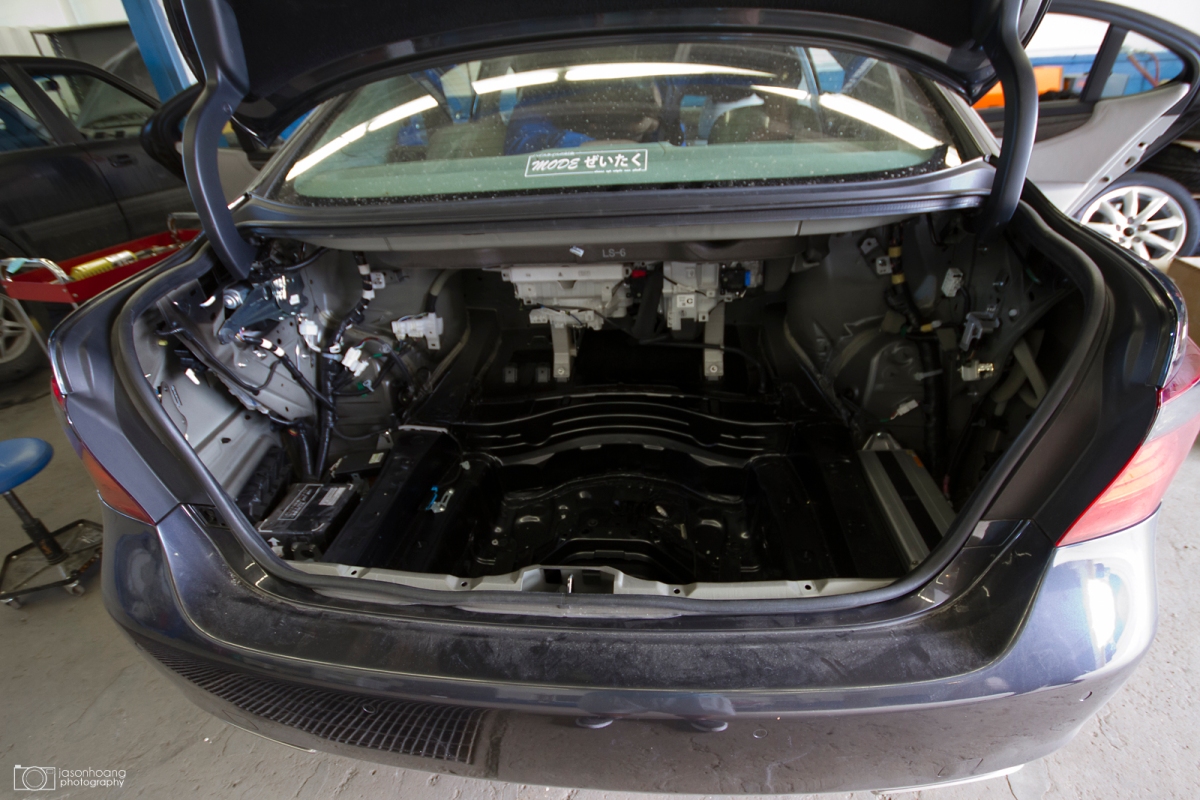 The trunk. Man there is a shit load of room in there. So much technology and gadgets haha

Shots of the rear rails and brackets. Fancy ass shit. Also note – Jackie was polite enough to take his shoes off in the LS – btw I didn’t tell him to. Customer service right there. 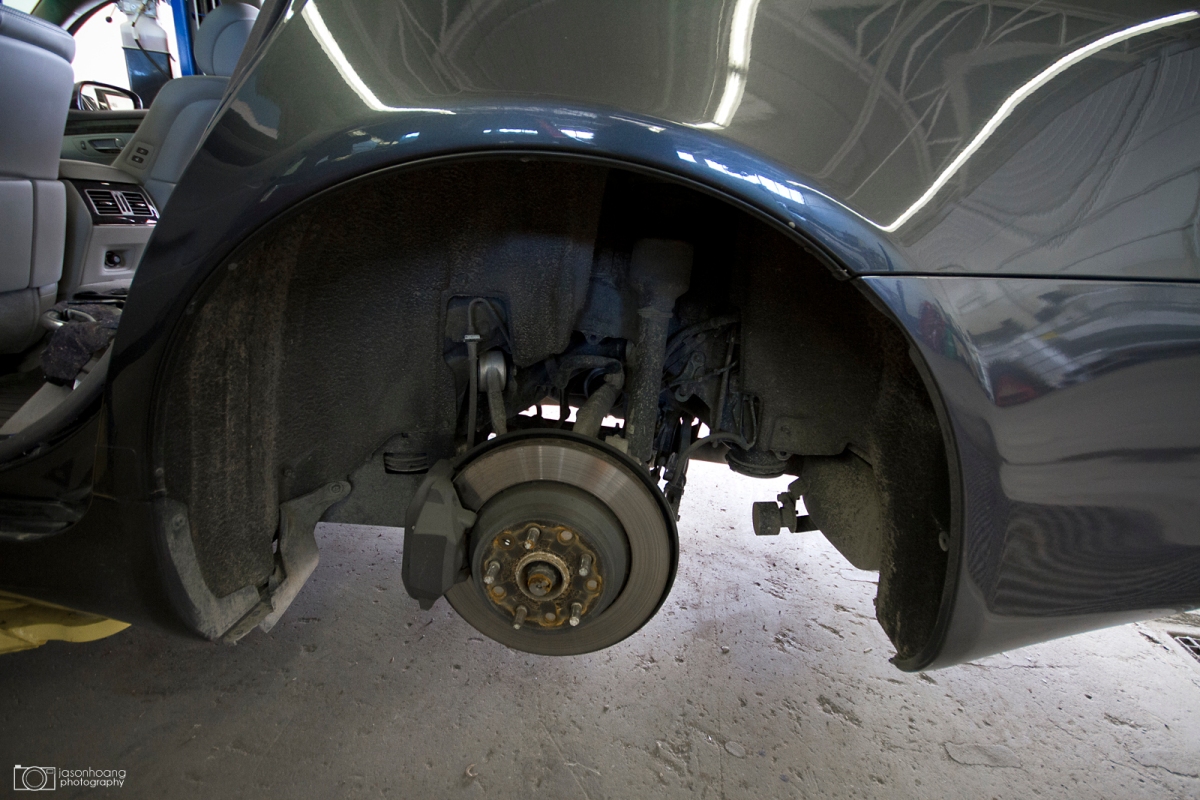 Another shot of the rear. 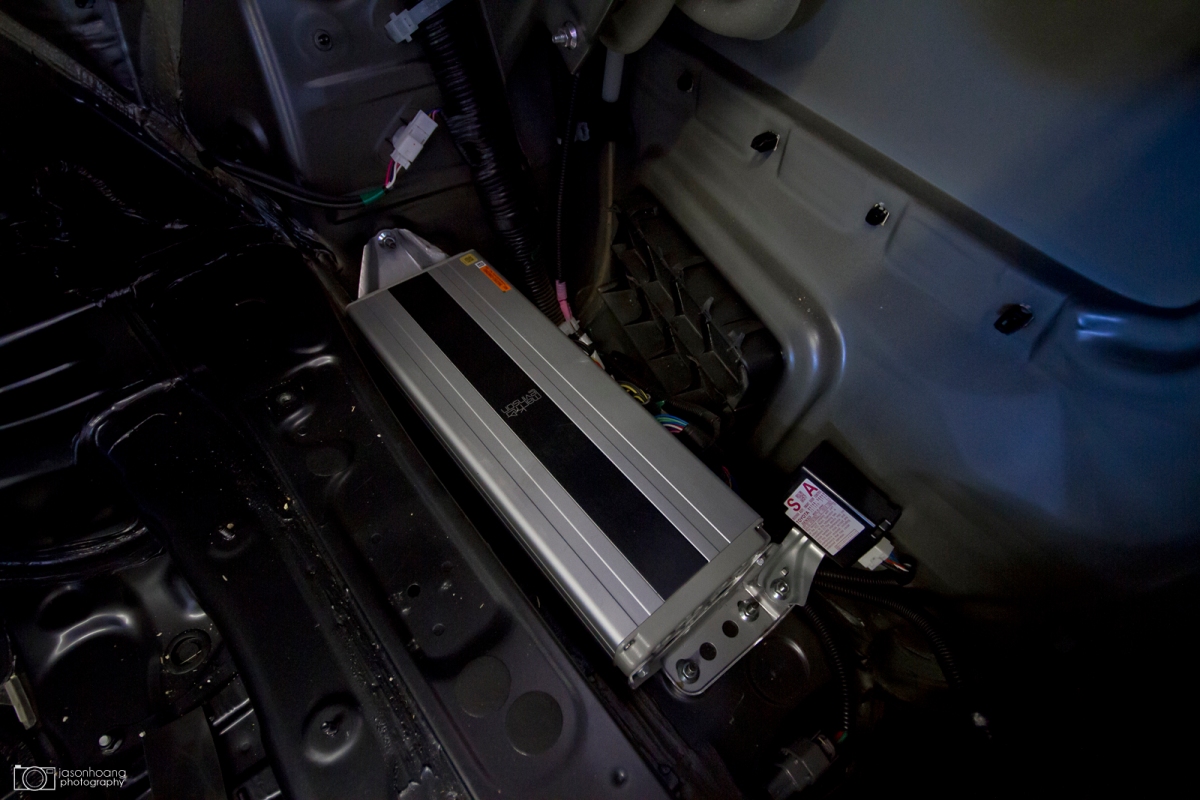 First time seeing the Mark Levinson amp in the back tucked away. Nice. 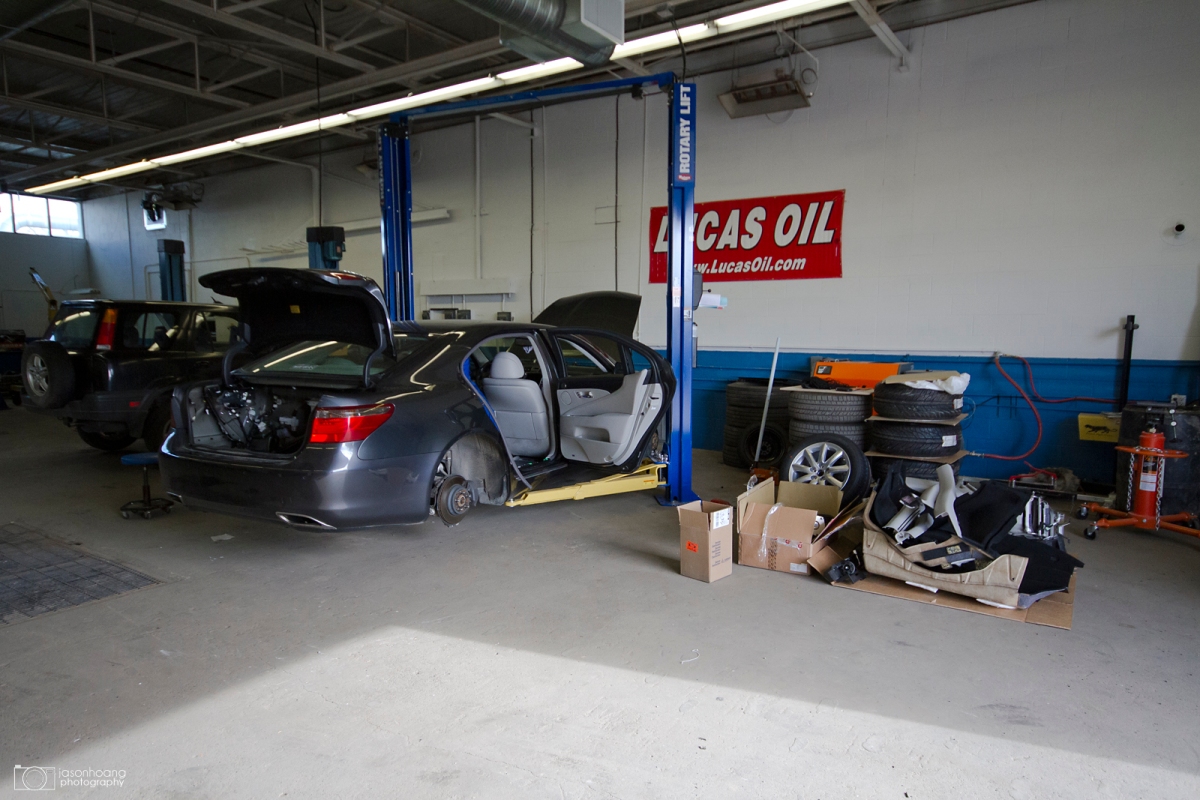 One last shot before Diana and I left. Tomorrow is going to be the busiest day. We’ll be stopping by to set up the trunk and bolt the tank, VU4 and ECU down for Jackie to just plug and play… I’ll have tons of updates tomorrow. Stay tuned!