Well today was a fun filled day. Spent the morning at my uncle’s 65th birthday party at a brunch at the Royal Inn which was delicious. I loaded up on food, had some good times with the family and went on my way to work. The past two weeks have been hectic as hell and the next two weeks will be exactly the same. I’ve been MIA on the blog for a little bit because I’ve been doing a lot of staying late or coming into work on the weekends to finish up a project. When I’m not at work, I’m hustling to get things done on the car to get it ready for Driven which is on May 11th. It’s crazy. I’m crossing my fingers that my wheels get here this week and I’m expecting all my air components on Tuesday. I’ll have a little less than two weeks to get it together for the show, and even then it won’t be completed the way I want it to be. Paint issues drive me crazy but it’ll have to wait until next year…

After a few agonizing hours at work, I decided to stop by Zero Limit – Jackie’s shop – to hang for a bit until I had to go again. There was a bunch of stuff going on all at once… Such a nice feeling to start getting into the nice weather and just doing car stuff again. I mentioned before that Jackie’s shop is looking to become a new hangout and today was the first sign of it – all of us gathered doing different things and just having a good time. Thanks again to Jackie for accommodating all of us and just letting us chill. It’s good business LOL!

When I pulled up, Brad was working on his EM1 and was replacing his rad. His cage was freshly powdercoated a battleship grey and he finally got his interior seats in.

Beside that was Nikki’s Yaris getting her Air Runner suspension installed. Outside the shop was a ricer meet all on its own. Aldo’s S2000 waiting to go in to get some work done as well.

Zero Limit! Hit up Jackie for all your needs. Back to Nikki’s Yaris. I was interested in taking a look at how it was set up. Mainly because I wanted to see how it would be compared to mine and also to see the build of the Air Runner system. Very nicely built. 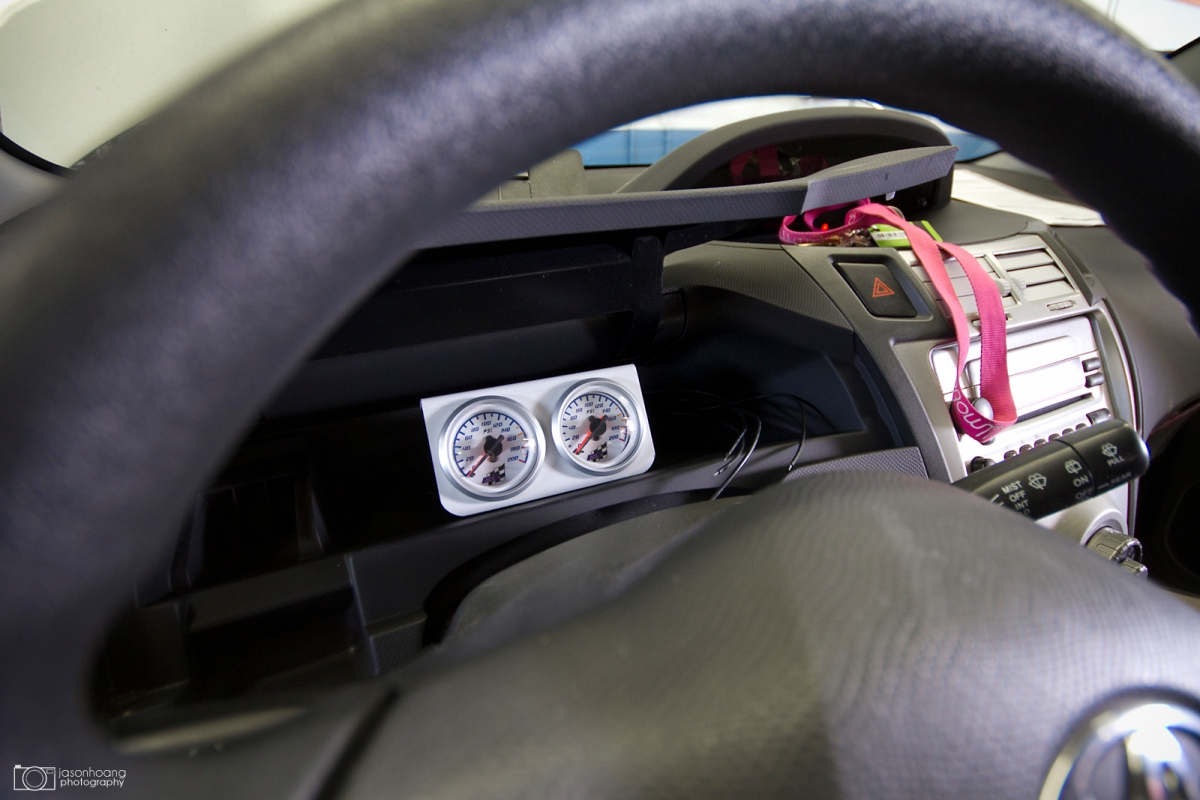 Placement of the pressure gauges inside. Just mocked up. 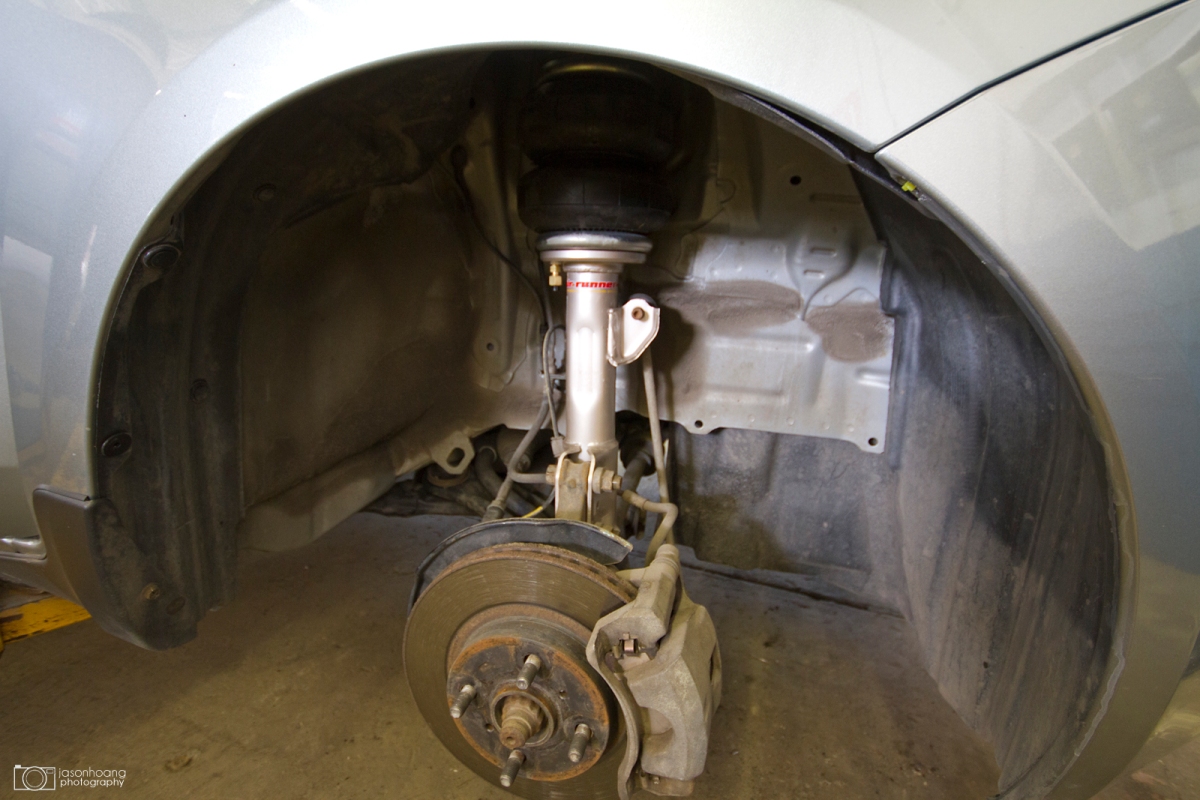 The front of the Air Runner set up. The struts were nice too. 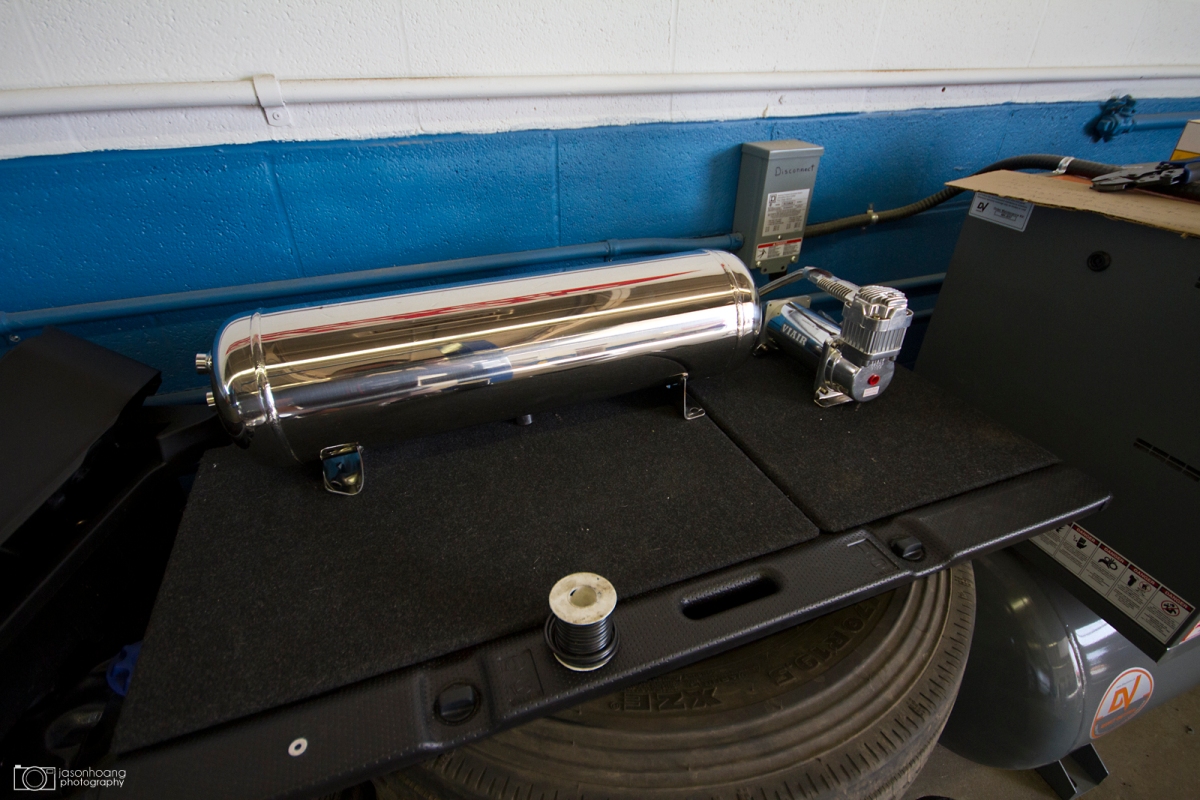 The tank and the Viair compressor. Simple set up. 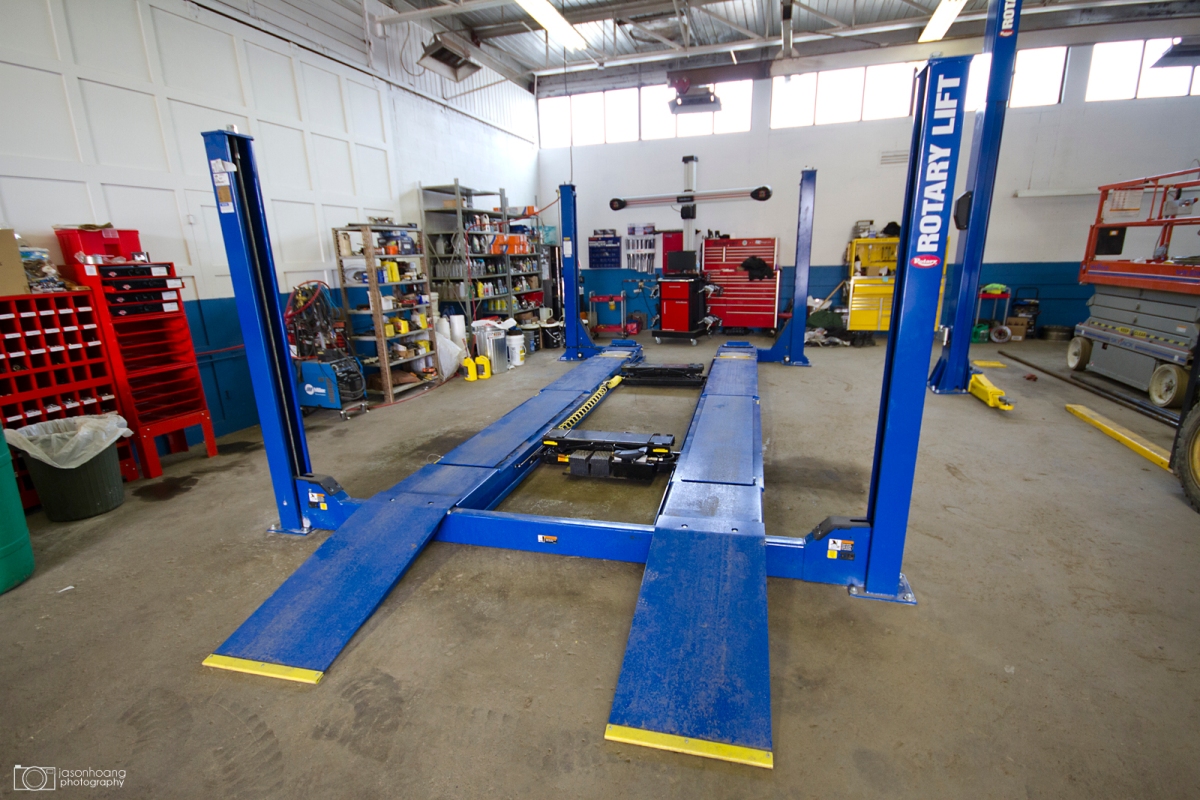 Later – Steve, JC, Rich, Barb, and Punit showed up. Looks so good with a bunch of different colours… We used to only have white and black haha 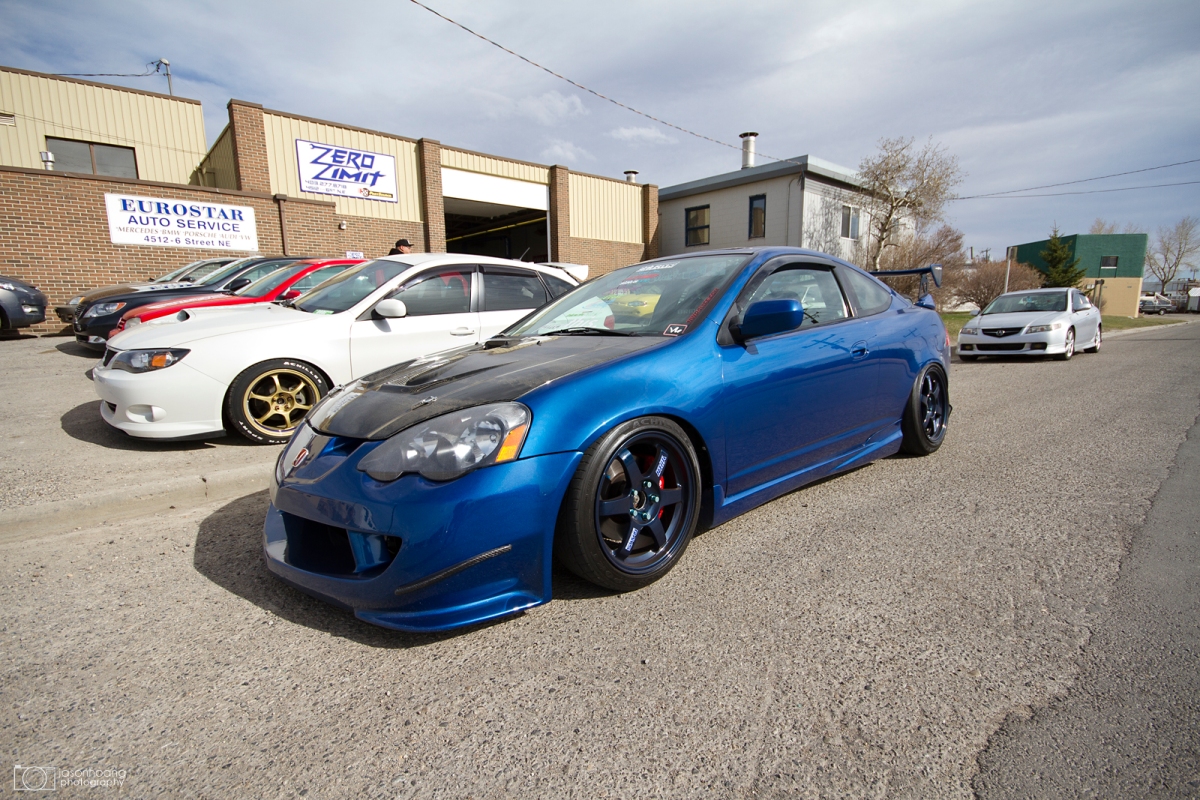 Rich’s WRX on his Advans as well with painted lettering on the tires.

Barb’s TSX. As I was taking this shot, she was yelling at me not to take the shot. Made me want to take the shot even more. It’s back to stock now and 4×4 status. Barb – everyone deserved to see this.

Wait what’s going on here? Rich told me to show finger gap and that shit is loose. (That’s what she said). 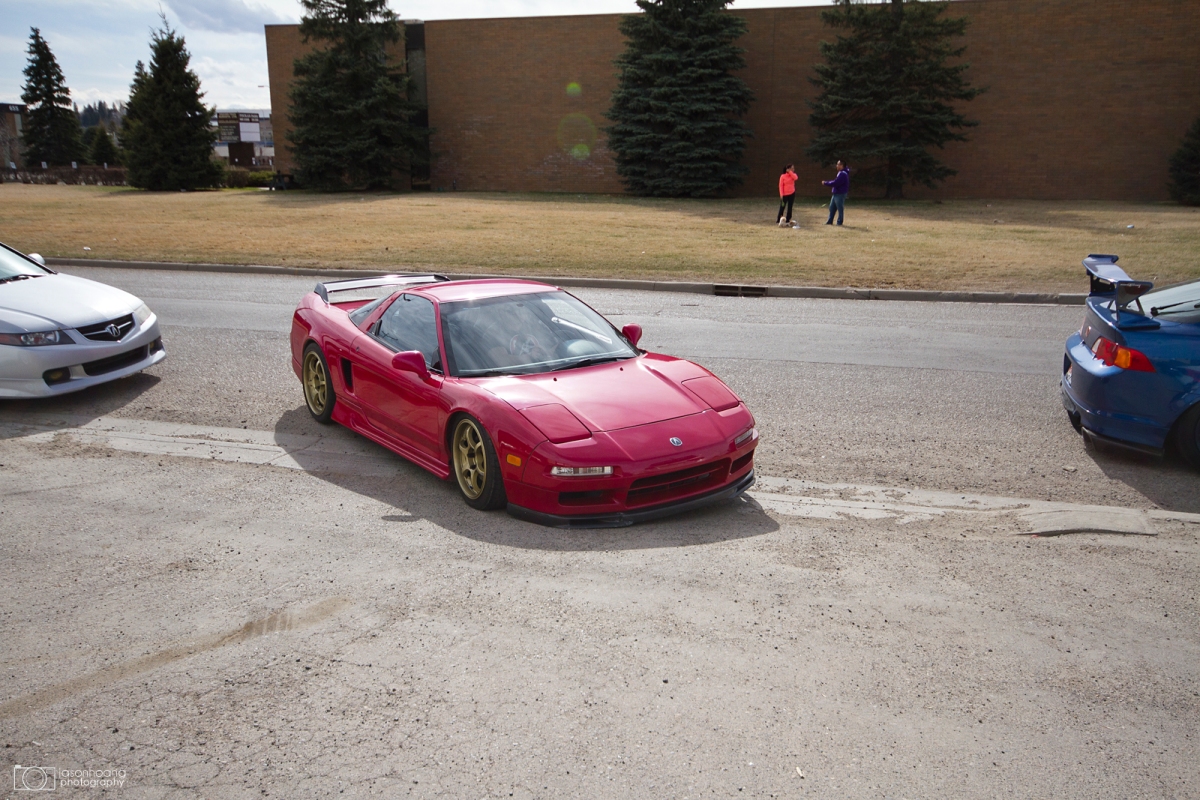 Bossman arrived from picking up some stuff to do the air install. His second cracked lip took more damage here haha. Not that it mattered at this point.

He decided to go around and back in. Looked and sounded great. The gold Advan RG’s are such a perfect combo with red.

Errol took his GTI in to get some things fixed up on the alignment rack.

Rich and Barb hanging with their dogs.

He was shaking the whole time and Barb said he was just being a bitch. But I don’t believe her. I have a knack for sensing abuse. I sense that I will get abused after she reads this.

Brad’s car just finishing up and getting the bumper back on. 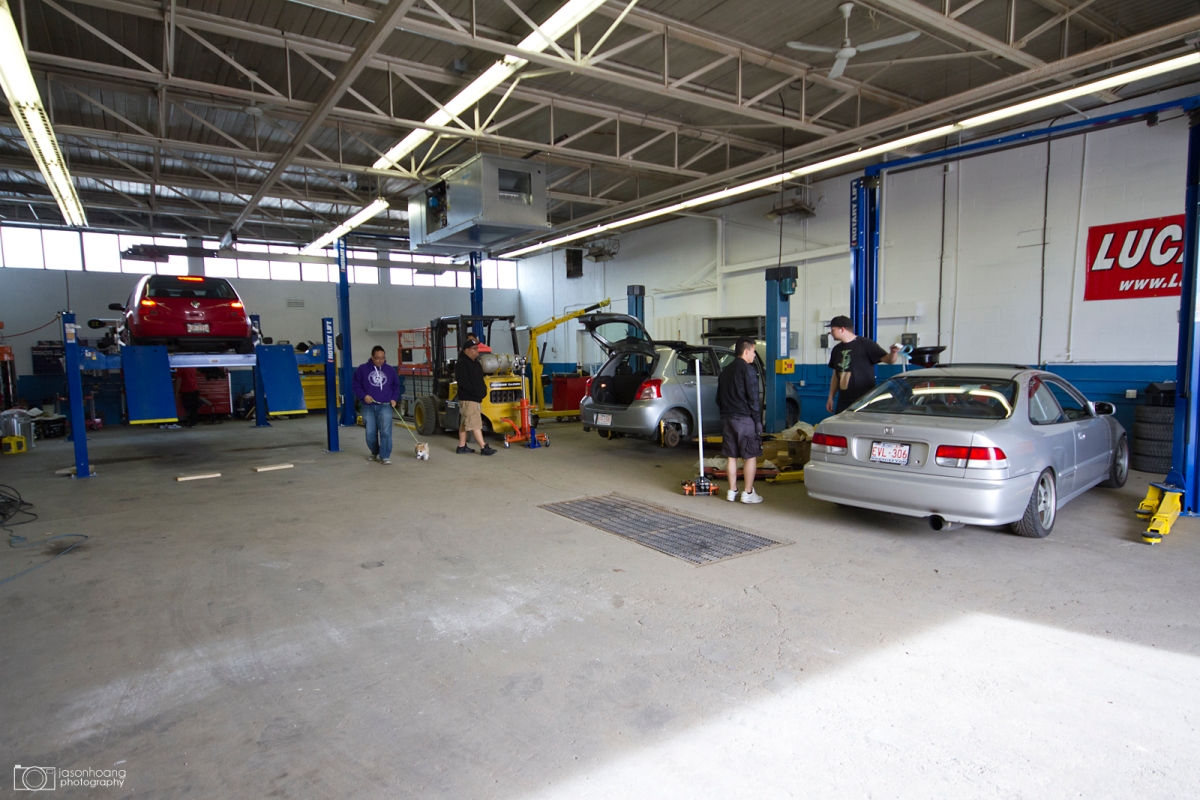 Things going on all over.

With Brad’s Civic off the hoist, Aldo’s car was up next. 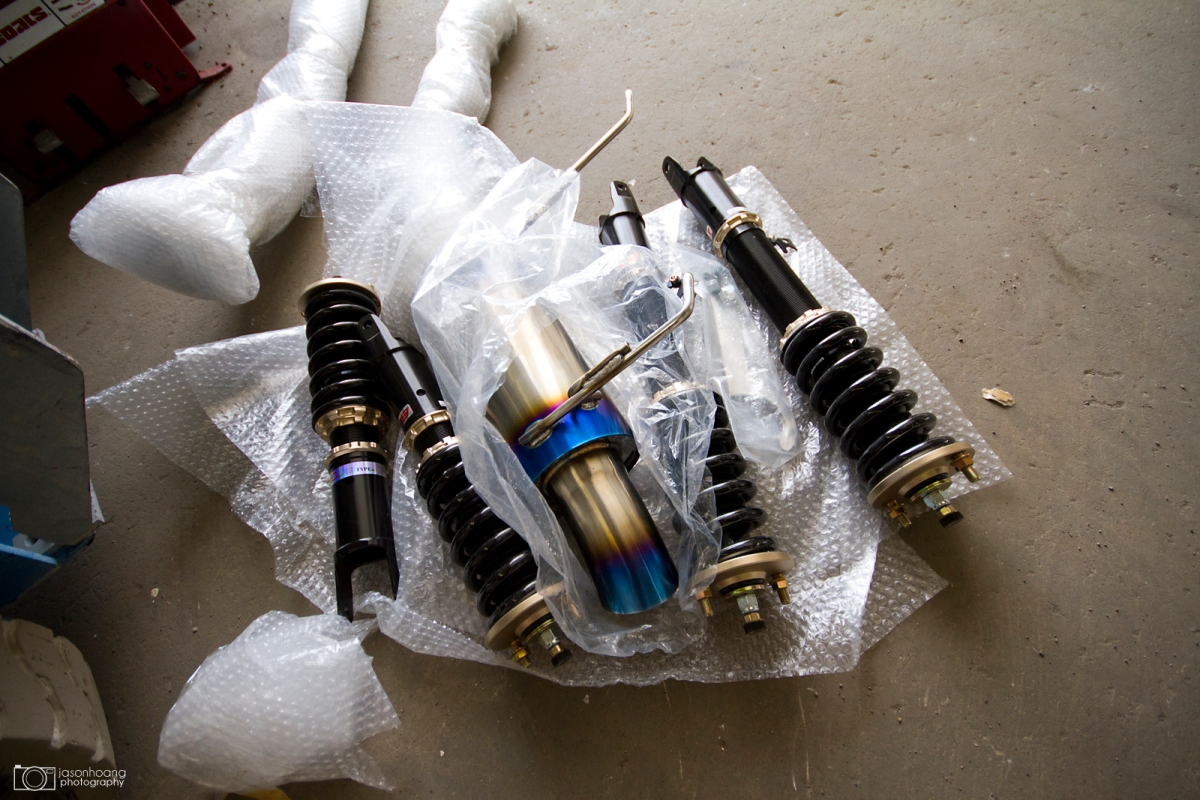 Aldo was getting his coils installed and his J’s exhaust. Still my favourite exhaust ever.

Jacking up the rear to get it on the hoist. 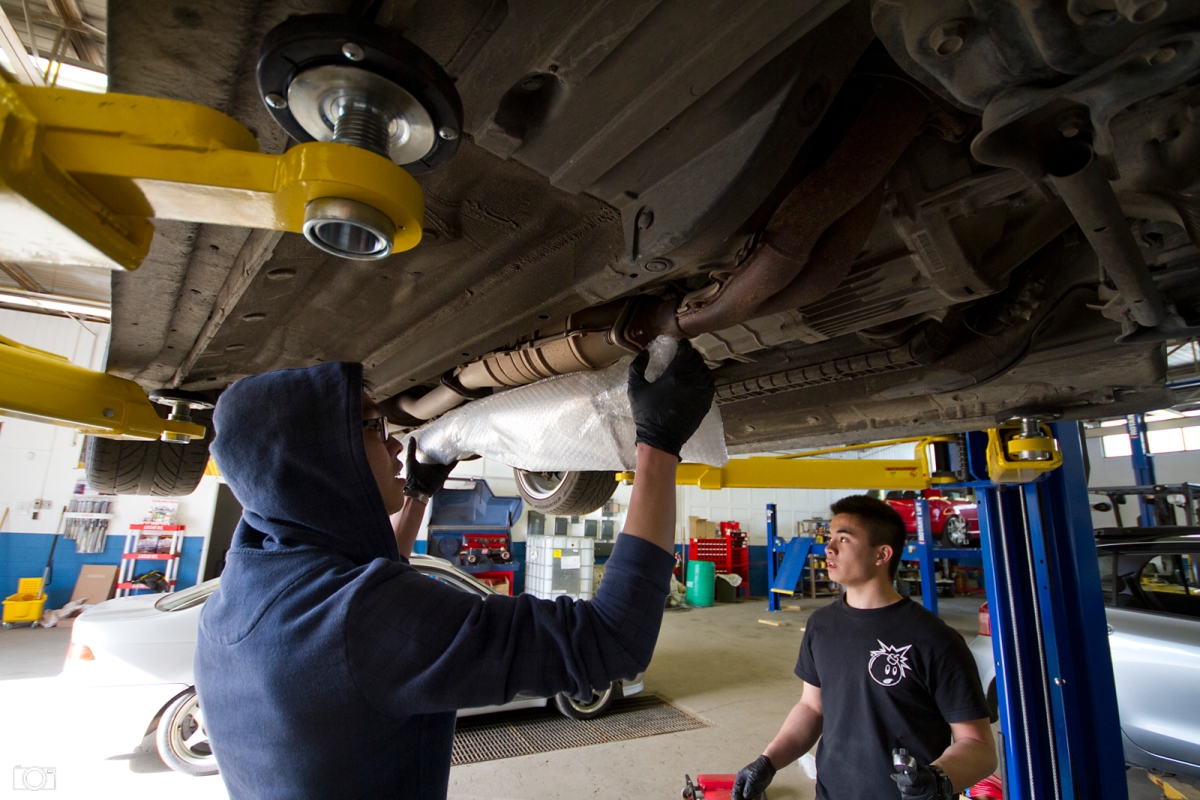 Steve and Aldo taking off the old system. 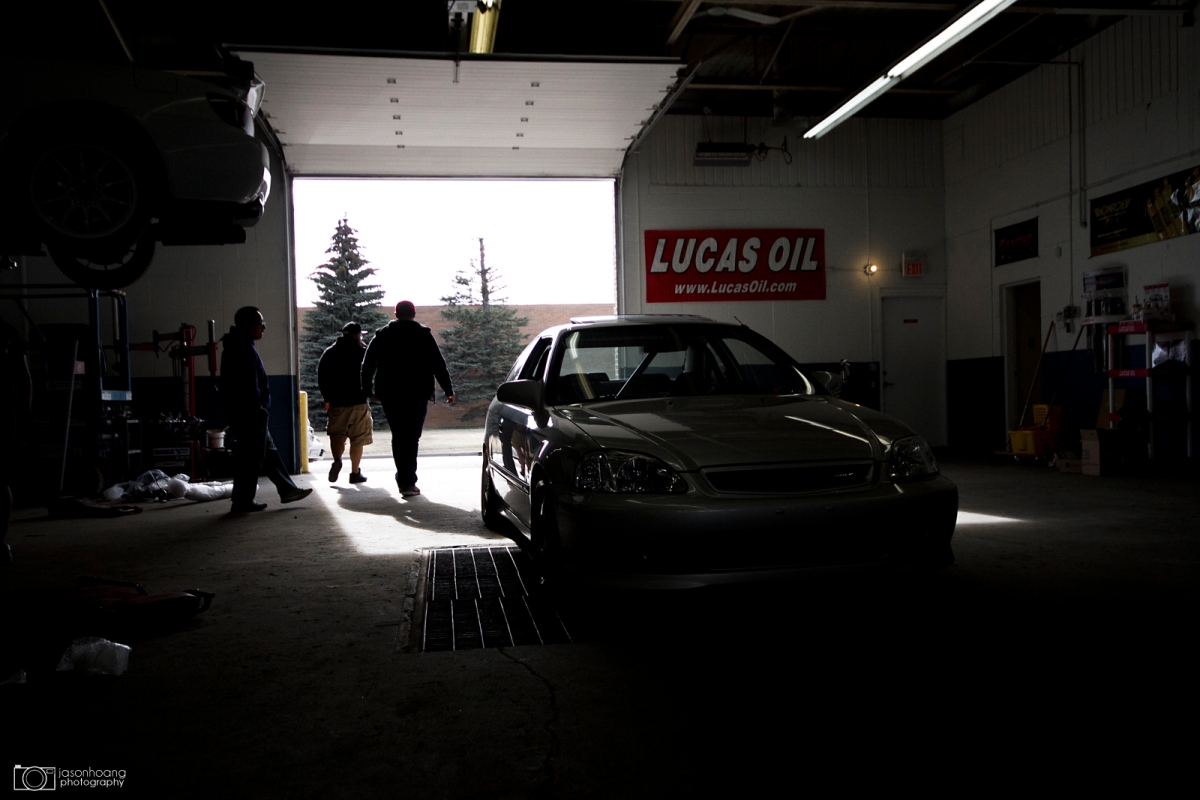 I’ll end it here with this artistic shot. Actually – it’s not artistic, it’s just underexposed and it looks cool because it’s in a shop with silhouettes. I didn’t get a chance to stay to see how Aldo’s car turned out, but I’m sure I’ll be seeing it soon.

This is only the start of summer! Hopefully have some good content going forward – this week should be full of updates for me. Stay tuned!

One thought on “Zero Limit Chillin’”