Decided to go through some old rolling shots and put them all together. I always post a roller when I do a shoot as a teaser – they’re my favourite shots to do when we go on a shoot. I don’t know if this is going to be a series or a one-post kinda thing, so I won’t number this. I know I have a ton more… I’ll go through more when I can. I’m just trying to make up for all the days of missing posts.

It can be frustrating when most the shots are a bit blurry or whatever, but when you find THE ONE, it’s awesome. Rolling shots are also annoying – as those who have done them would know – because for some reason, when people behind us see us taking pics, they have the need to do several things: tailgate, do ricer revs or have the need to fly by us like a douche.I know what you’re thinking – we’re probably driving slow or we’re doing stupid shit – negative. We’re actually going over speed limit and we’re not really holding anybody up unless they want to speed. The douche in drivers tend to come out when they see cool shit going down. Rolling shots are classified as cool shit.

There have been a few times where the cars behind us will actually fall back until we’re doing taking the pictures and we’ll say thanks when we get our shots in. Those guys deserve a badge of coolness for doing that. I’d probably do the same – but once again – the douche in people gravitate towards cool shit.

If you’re one of those people with an inner douche that likes to ruin shit, I’m sorry you have no friends.

If you’re one of those people with an inner conscious that likes to be thoughtful to shit going around you, I’d shake your hand.

Moral of the story – don’t be that guy. 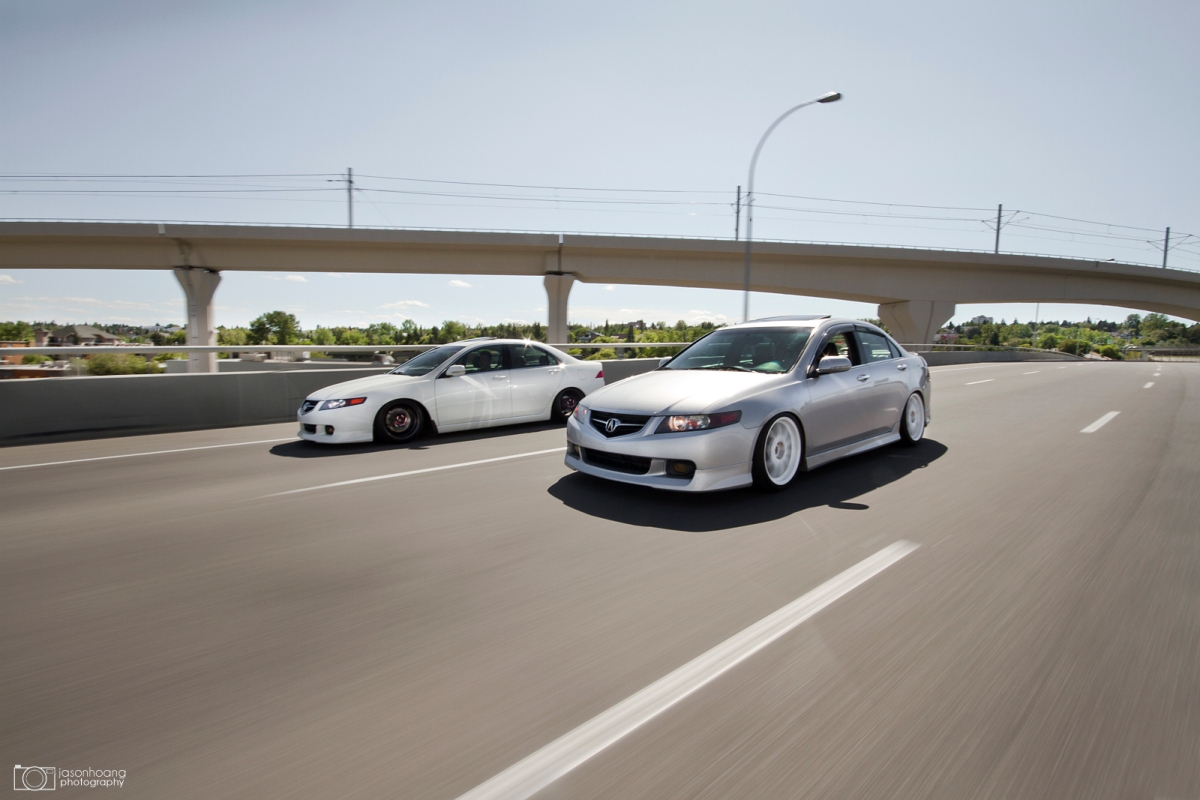 Barb and Justin’s TSX’s together. 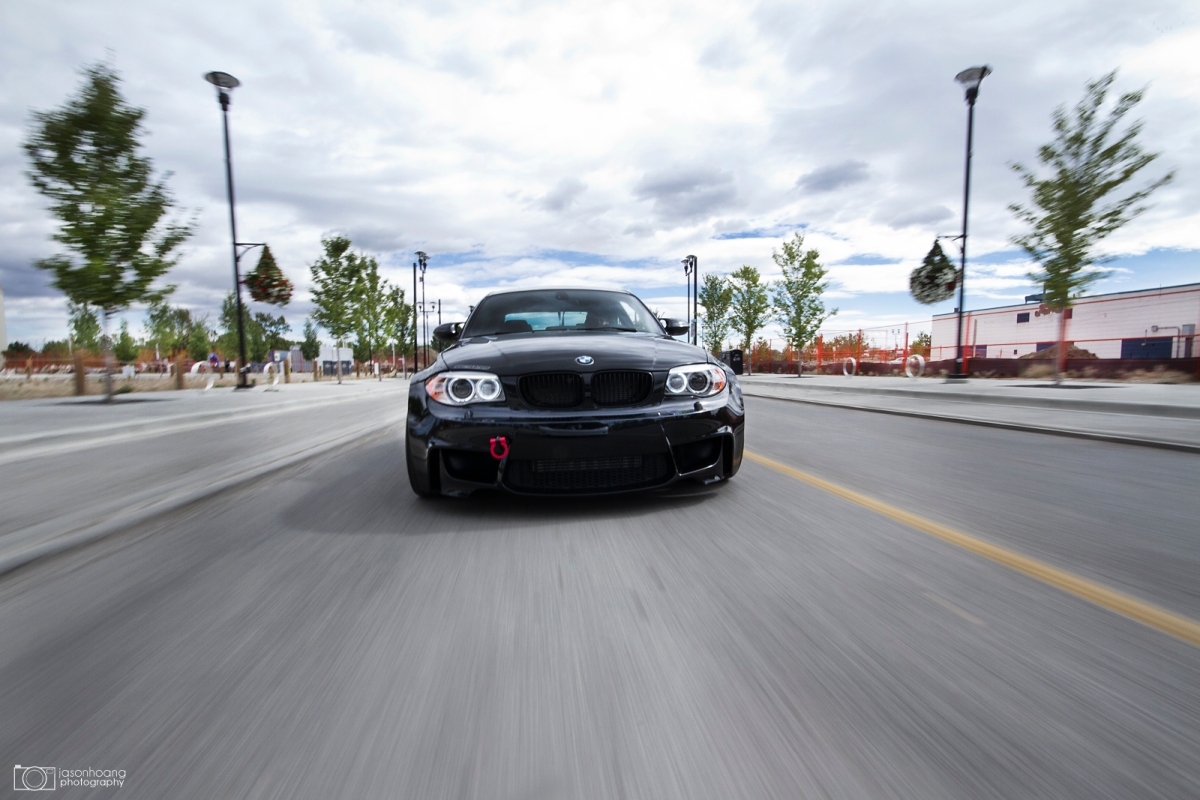 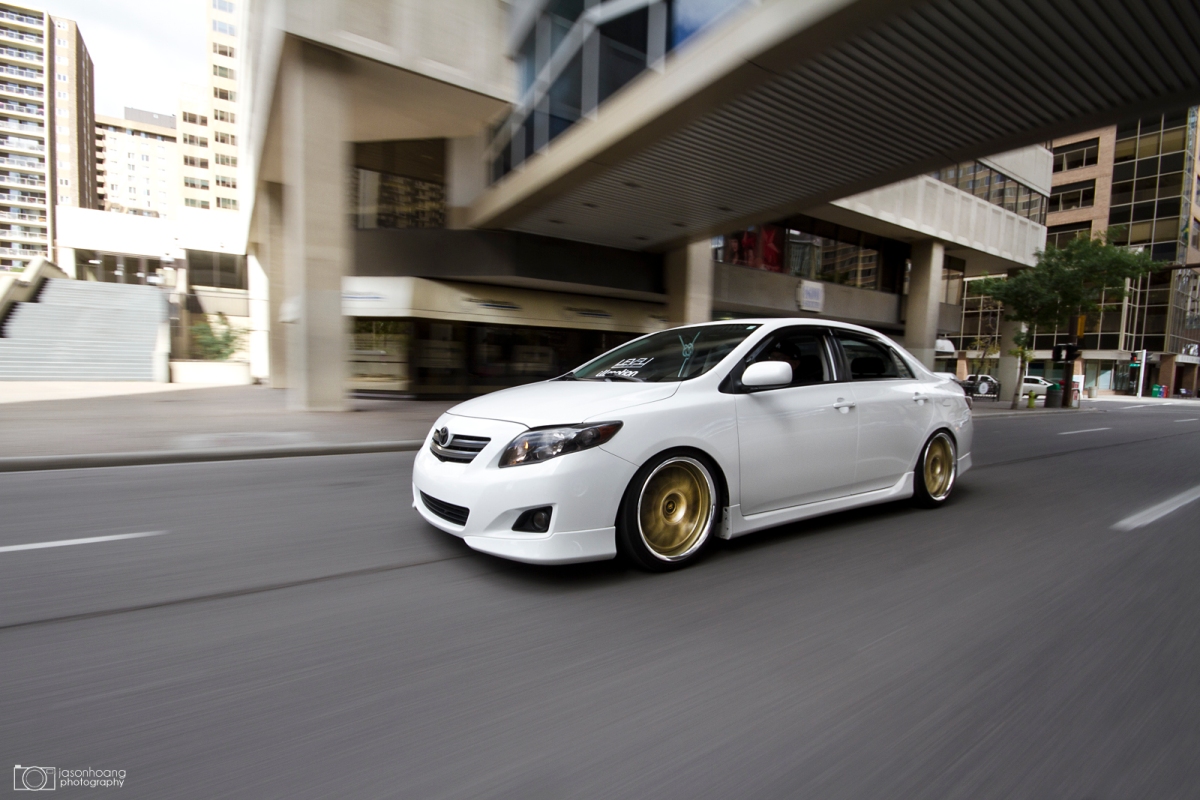 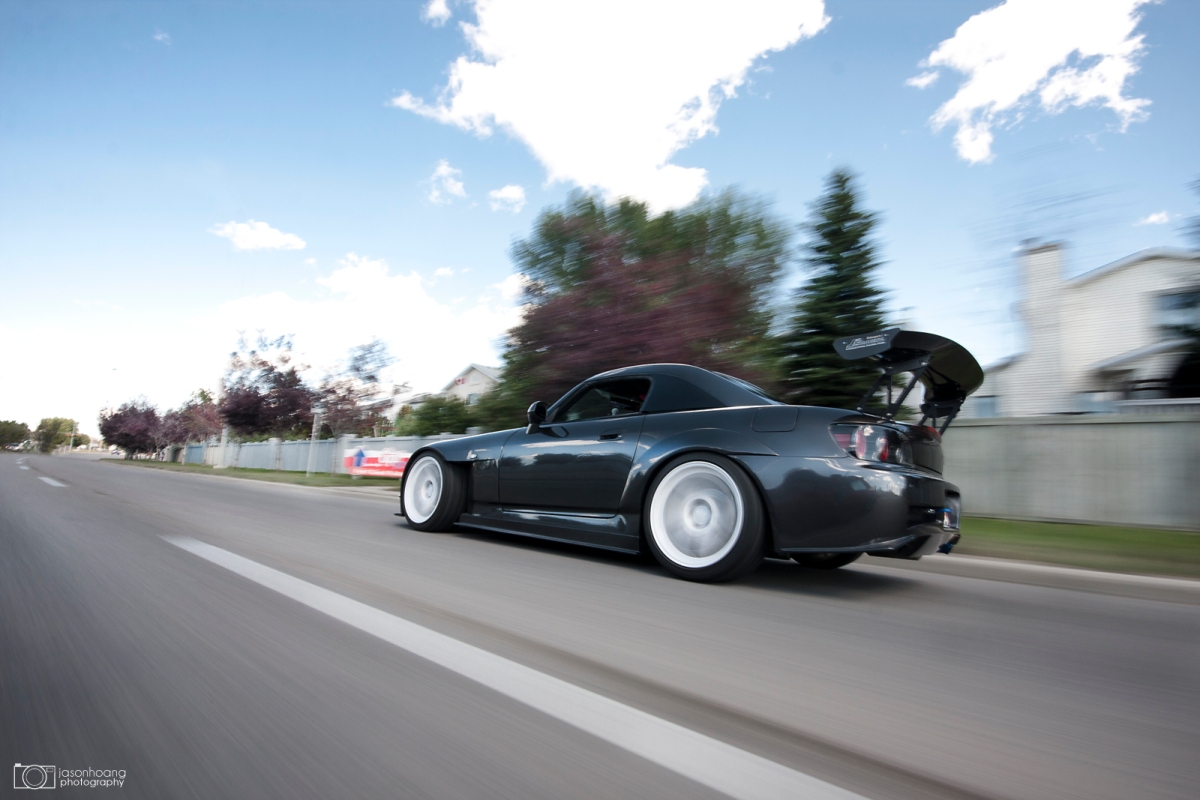 My old Civic. Over it. lol