So finally we’re getting some content up in here. And BTW – this is my 200th post. Wooooooooooo

Went out to shoot Eric’s 240 again for S3 magazine instead of re-using the ones from illmotion. Two things sucked last night – we started at 5 and we were already losing sun. Daylight Savings just likes to ruin everything. Before we knew it, it was pretty much pitch black out and it was probably only about 6:30…

Regardless – we got some pretty good shots. It’s a little different than what I’ve always been doing. Most of the summer, we’ve started shots at 10-11AM in the morning. Basically when it’s super bright and the sun is out in full force. I’ve gotten used to playing with how to move the car and get the sun in my shots to help the picture rather than have them ruin them.

Last night was a little more difficult because you’re not only playing with little to no light, but you’re also playing with pretty bold shadows and the light that is around (because we didn’t have strobes). Anyways – here’s a few shots from yesterday.

His battery was running on little to no juice yesterday. It died a few times but we were close to the shop, so it wasn’t too big of an issue. 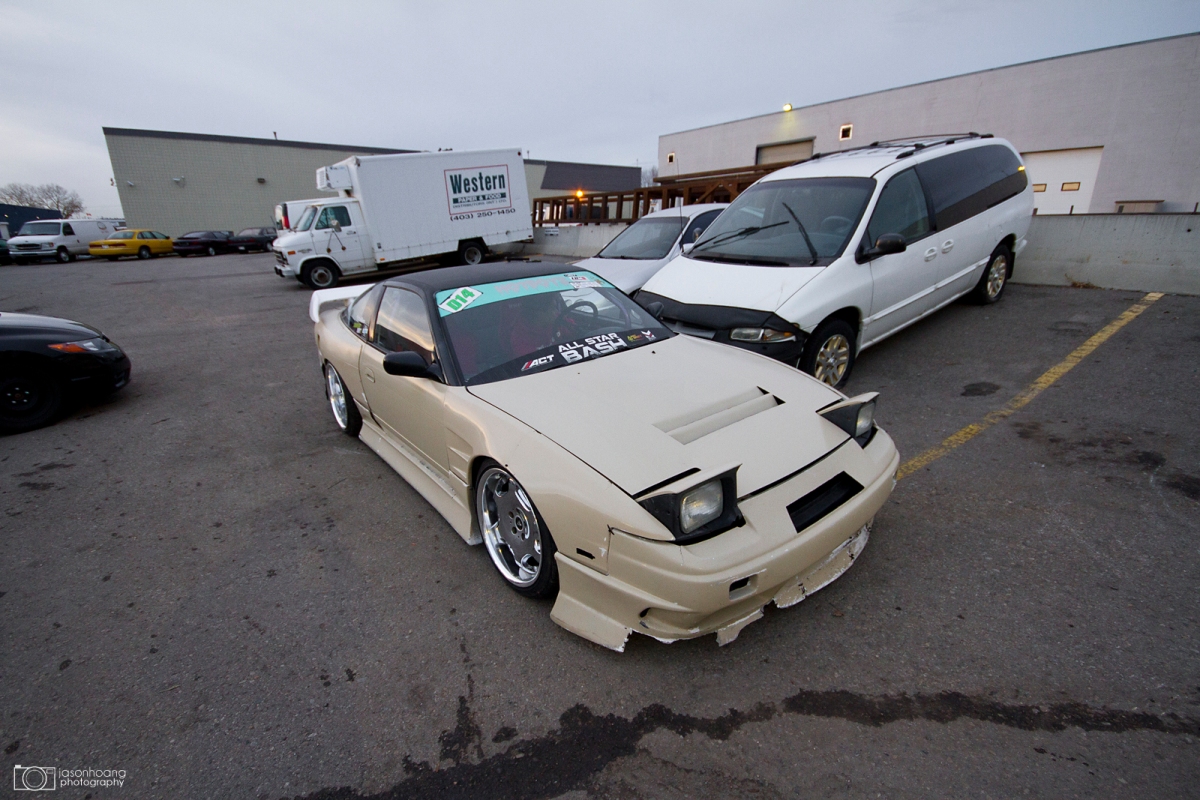 Lost a few more pieces since the last time we shot it after he went to Vegas for the all star bash. 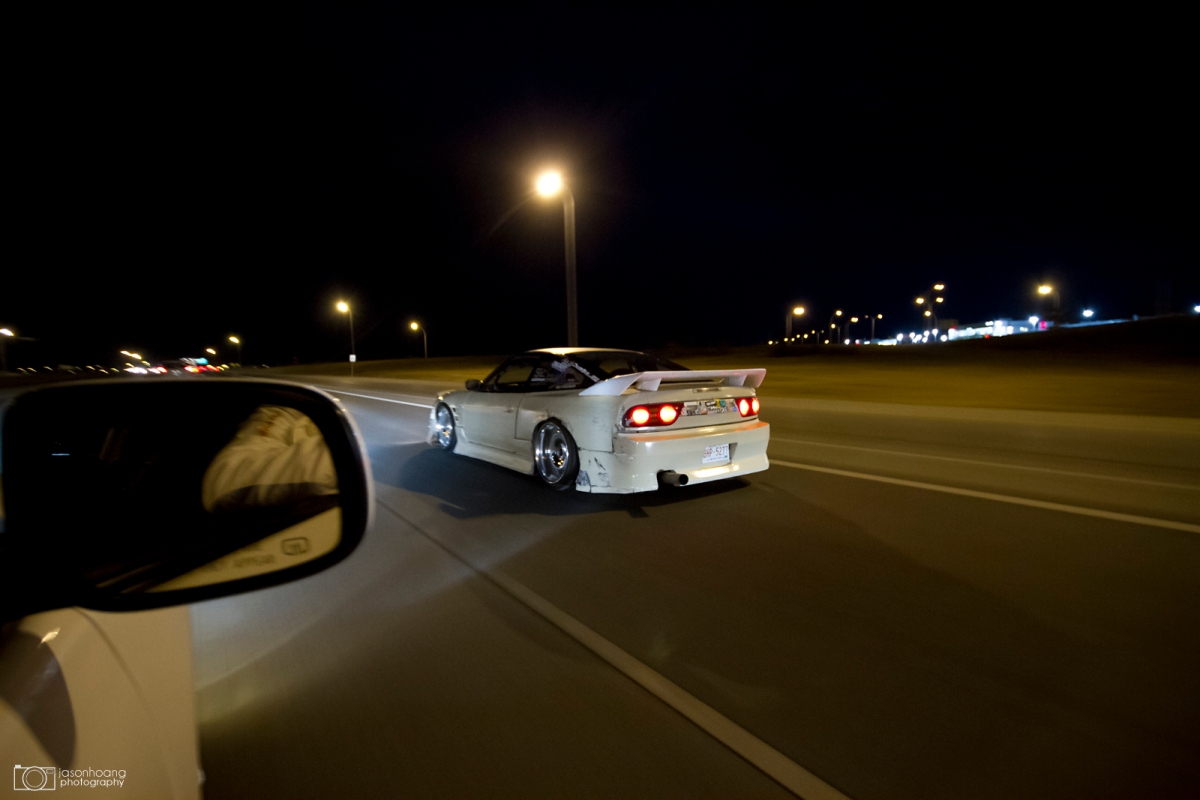 After we got back from the rollers, his car started leaking some coolant. Actually it was basically pouring out… haha

You can see the smoke coming out. We had once chance to get some good shots of a burnout before his engine blew up haha

Died again right before we were ready but he got it started up one last time.

Midway through. JC was behind me recording and it got to the point where I couldn’t see anything anymore. JC was in the back yelling “oh shit” or something like that freaking out cause he couldn’t see where anything was. Eventually it got to the point where we were stuck in a thick cloud of tire smoke and couldn’t breathe. I got up, backed up a bit and JC was there recording what looked to be the sky with his phone pointed in the air or something. JC – I’m pretty sure no matter how smokey it got, Eric would’ve still been on the ground. You can hear Eric take off and does a small donut. At this point, I’m pretty sure JC was lost even though I was talking to him, and he thought he was going to get hit by Eric’s back end. Hilarity ensues. For me anyway hahahaha

The end. All in all – a pretty fun night. A little more challenging than what I usually do, but good times.