Sorry for the lack of any sort of significant update over the past few days. It’s really been kind of gloomy and uneventful.

Snow and the cold weather means everybody has pretty much moved over to winter tires and moving away from summer mode, there aren’t any photoshoots to do, and it’s kind of the time where we all just sit around on the weekends now talking about how we want summer to come again. It’s pretty lame actually and this is the time where I’m struggling to keep the blog alive without reposting pictures that everyone has seen everywhere else.

A few things that has happened as of late is that I posted the STI up for sale – kind of for two reasons. One, because I am kind of tired of the car to be honest. Everyone keeps asking me why – and it’s really only because I felt like I “finished” it too fast. Maybe because I dropped so much money into it over last winter and this summer that I’m sick of spending more. I feel like I want another toy to play with. Two, because I am quite a “act first, think later” kind of guy. If I want something, I usually do everything to get it before thinking if I “actually” want it. Bad habit – I know.

I had a talk with Nick the day I posted it for sale and he suggested that I part it out and then sell it to make money in the end. I agree and I could totally pocket a bit more if I did it, but I’m also a lazy and cheap guy. I would rather sell it as is and lose some money rather than take it all off, and at the same time, I don’t want to pay anyone else to do what I could technically do myself. So that leaves me between a rock and a hard place. Suddenly the urge to sell the car isn’t so bad because I think about how much money I’d spend on a new toy. I think my wants overtake my needs most of the time, but maybe I’m growing up a little. I don’t think I need to sell the car, I just want to. Do I want to spend more money on a new car? Not really.

That leaves me where I am today. The posting is still up on Beyond and I’ll just leave it there. If there are any serious takers, I’ll entertain them and let it go if they want it. But if there are no biters – I’ll keep it and continue changing it as I see fit.

I think there are other things in life right now that need some priority and the cars and the lifestyle that come with it can take a back seat for now. I’m happy I’ve got the STI to where it is now and I think I just need to enjoy it a bit more. BUT, it doesn’t change the fact that I still want a 370z – I just don’t want it as bad anymore. Maybe I’ll revisit the idea during my mid-life crisis.

Anyways – a different subject. It’s been about a year (give or take a few days) since my sister’s 18th birthday. Last year, late in the summer we had been getting together once a week to practice a dance routine and all that jazz for the big day. I thought I’d take the time to reminisce a little bit. Any of you that have participated in a debut know how stressful it can be, but at the same time how good the memories are. Happy 19th birthday to my sister. Tomorrow. lol 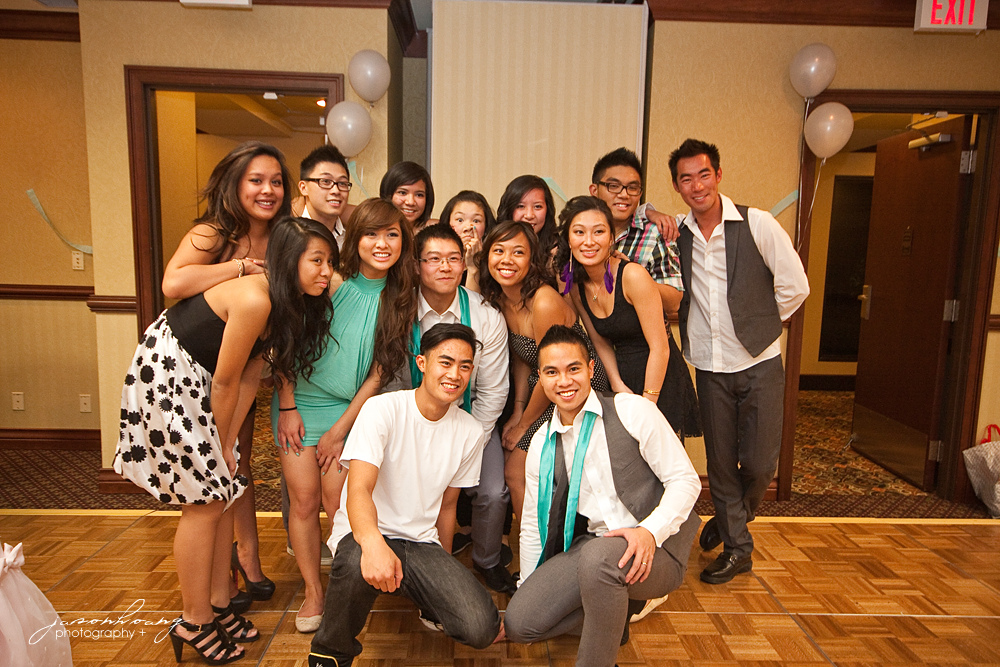 Not sure what’s going in with Jason, Eric and Tyson… but… the picture turned out ok… LOL