Another great shoot accomplished today. JC messaged me at around 10AM saying that the crazy red M3 is up next to shoot. I didn’t want to miss the opportunity so I came along.

Glad I came too, it was a pretty sick car in person. It was at the illmotion show but I never really took a close look at it until today. Peep the pics

Met at the same place as always – East Village… we should call it Chill Village.

Took the Civic today. Since gas prices went up almost $0.10/L on Wednesday, I’ve been running around on Empty in the STI. Mainly because the news said it was supposed to go back down within 24-48 hours. Here we are on a Sunday and it’s still up. I hate filling gas so much that I drive everyone else’s car except for mine so I can save it HAHA 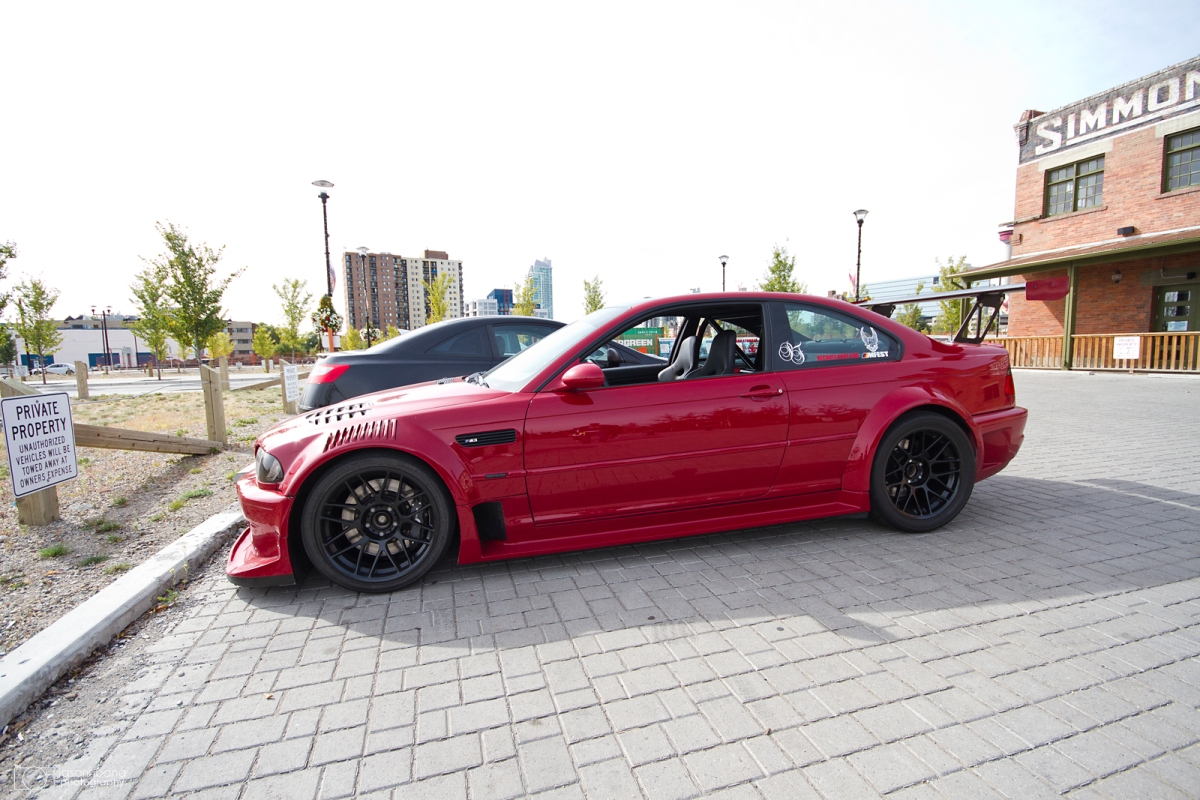 Not too long after, Justin showed up in the M3. Beast. 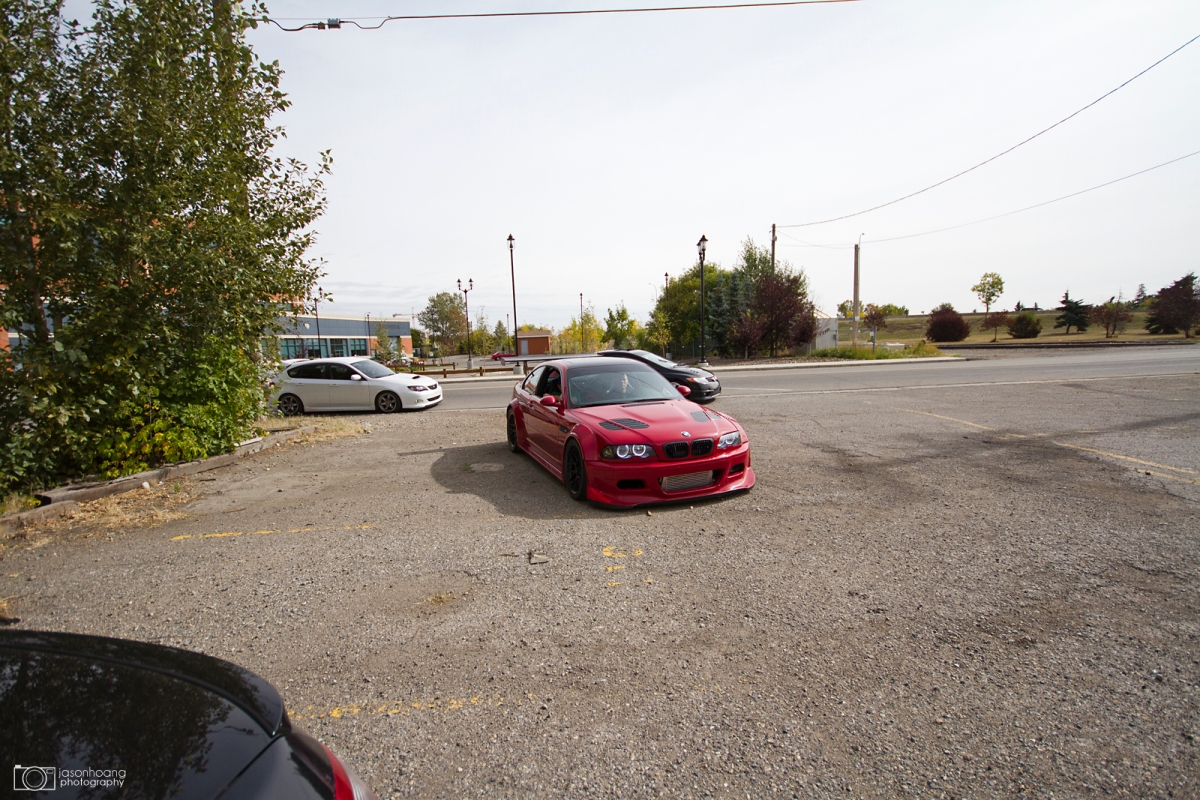 We were taking pics by the train track and with our luck, a train passed by and tooted his horn at us. Once the train passed, a cop came by and chatted a bit. We thought he was gonna harass us like always, but he just wanted to drive it haha. I asked if we could get a shot of the M3 with his car but he said no. Instead, he gave us some location ideas that he’s seen. JC is talking to him and checking out his map to see where to go next. haha too bad all cops weren’t all cool like this guy. 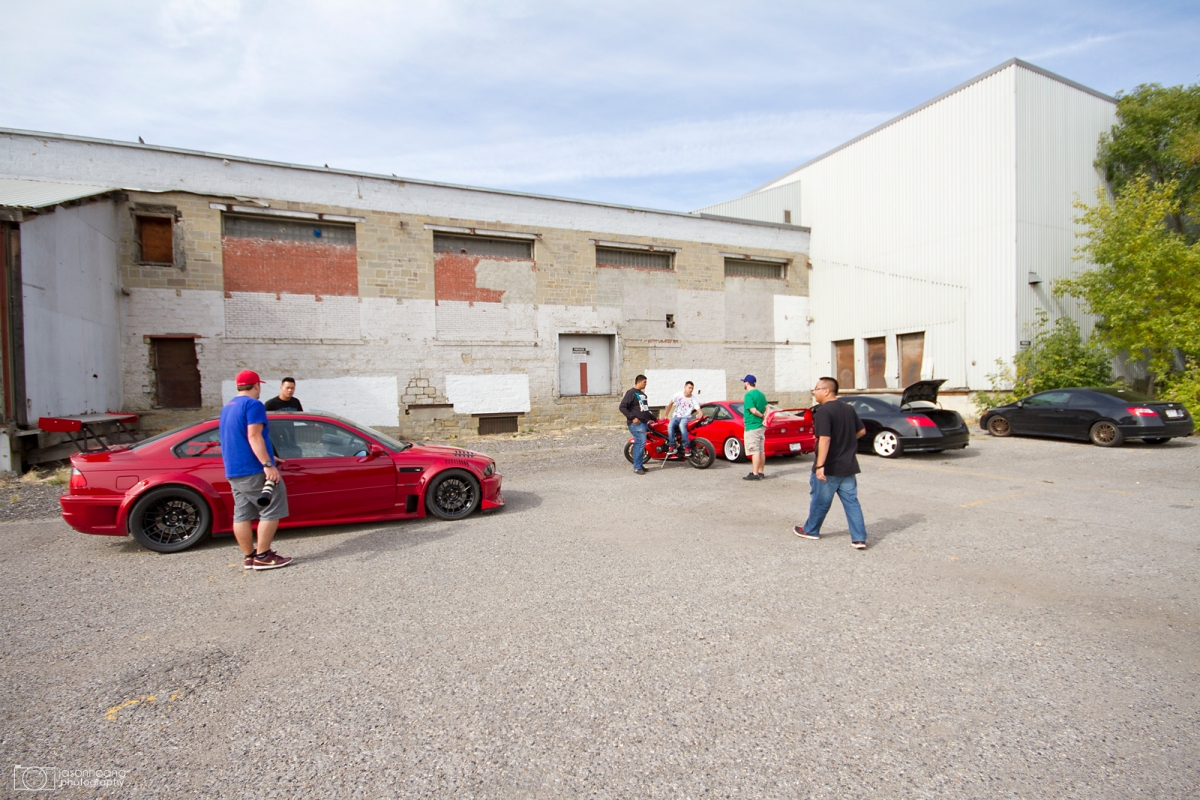 We entered some truck graveyard in the location that the cop told us to go to. It was dusty as f*ck. After shooting inside, on the way out I decided to e-brake drift the Civic for fun haha.

White sidewalls haha. Oh well – gave me a reason to wash it since my sister never does X_X 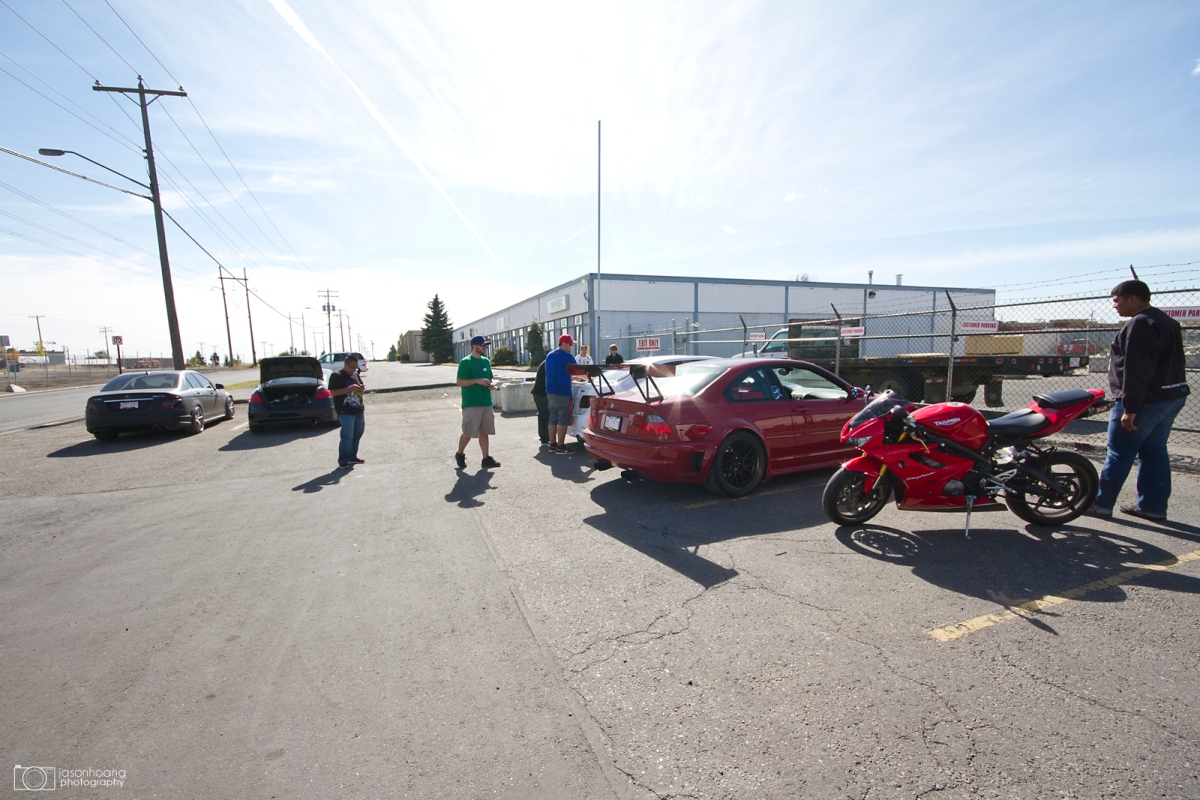 Chillin in the last area. Got the rolling shots and I had to get going… 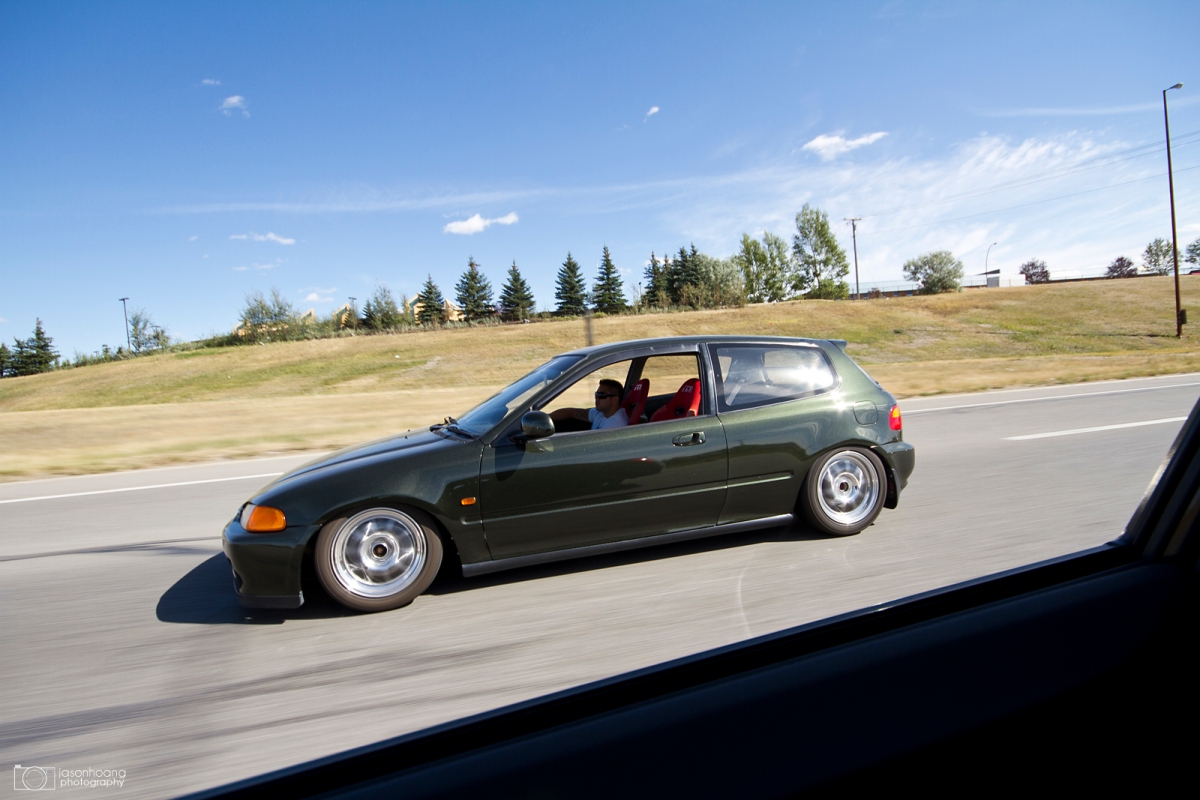 On the way home I spotted Devon on Deerfoot. I creeped like mad and caught up to him and just started snapping pics haha. Super clean.