Well, the day that we had all been preparing for has come and gone faster than ever. Months of planning and running around making sure everything went well was worth it. Our second annual show and shine was a success thanks to everybody that came out and it was once again, a hot ass day. We were kind of hoping it wasn’t going to be hot like last year, but it ended up being pretty damn close. I think the worst thing about it is shooting mid day with the glare of the sun. Not a single cloud in the sky all day and no chance of overcast. If I didn’t have to take pictures, I wouldn’t have cared so much. I hate shooting cars outside for that reason alone – pictures turn out crappy and to be honest, I’m not that great with fixing them or shooting under straight sun, that’s why I always hope for overcast during photoshoots. I should invest in some filters for some help, but I’m also pretty lazy to do so haha

Anyways, all the pics have been posted on illmotion.com, so you can see them there. I just have a few pics before and during the show…

Here is the link to the post Sunday School Show & Shine

Most of us parked in the spots we were supposed to be in.

A shot of Diana and Cindy at the tent. Thanks to them, everything went nice and smooth! Having them there helped us out a lot because it allows us to do other things like go around and take photos and video and take care of other issues. I don’t even think they sat down once the whole time we were there, while I was probably sitting in that green chair behind them most of the time cause it was so friggin hot to shoot for too long… and I was pretty tired. Not that they weren’t, but y’know… 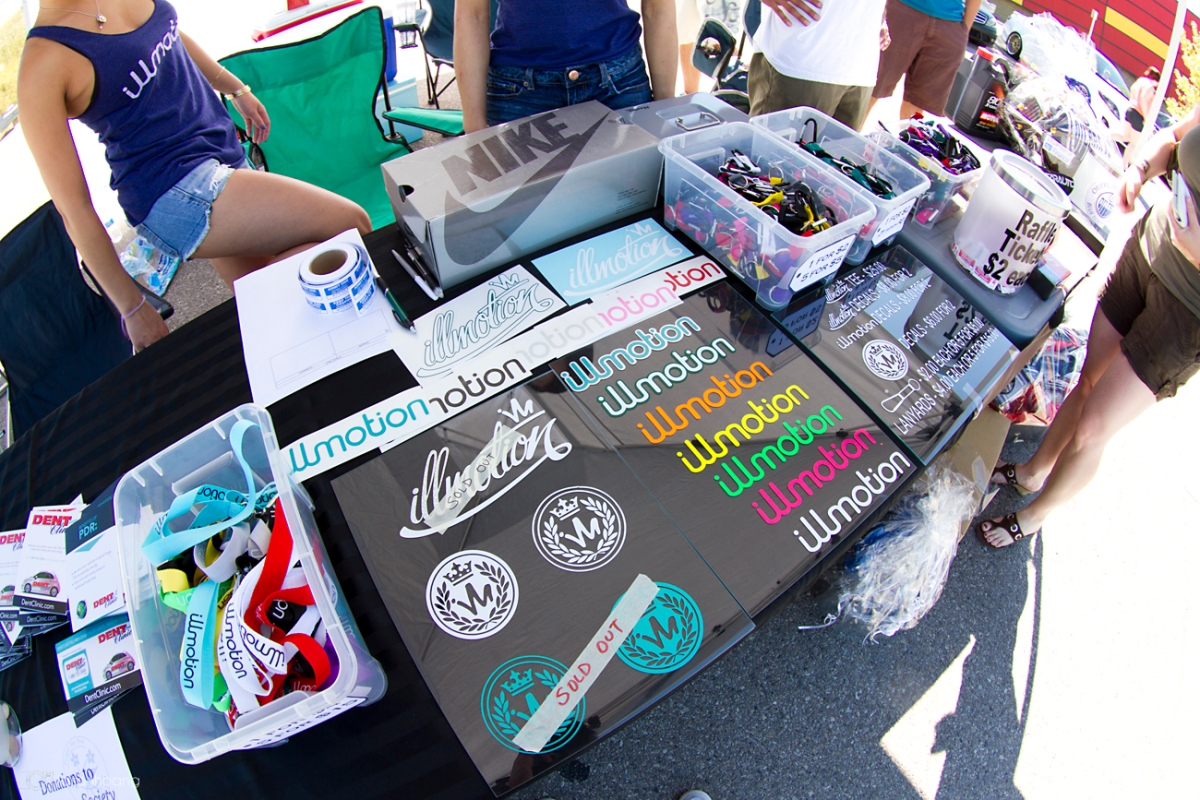 The line ups were pretty consistent throughout the day. Thank you again to everyone that came out! 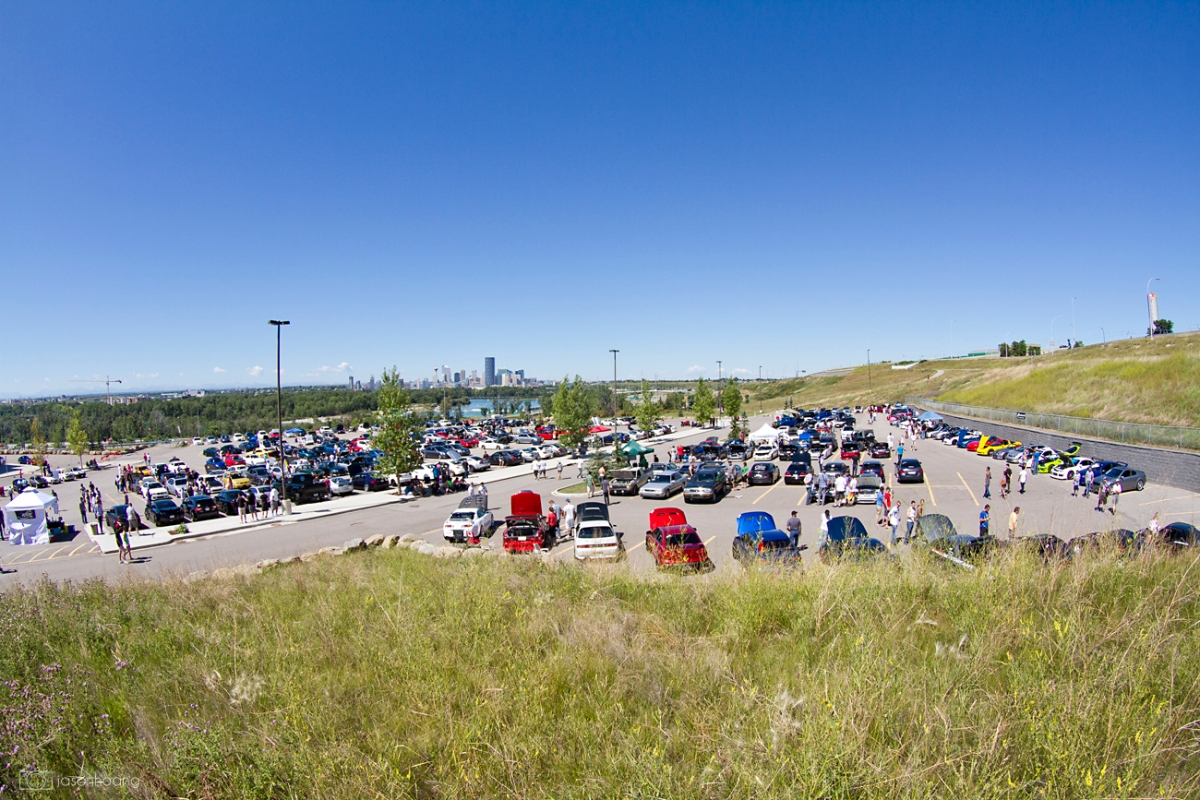 One final shot. This was about mid day – there were some empty spots around because some people decided to leave mid show – which confuses me. Thanks to those who did stay all day though!