I haven’t wanted a full photoshoot until I felt the car was “completed” aesthetic-wise. Since I got the Varis kit on, I think that’s enough for the outside and I’ve been trying to find time and energy to shoot my car. Since today was a holiday, I decided to give it a try. Perfect day too – overcast all day, dead streets and downtown was pretty quiet so it gave us the opportunity to shoot in places we normally weren’t allowed to cause it was always too busy.

Anyways, I don’t want to post the pics just yet since it’ll be on illmotion, but here’s a shot of JC’s Boo toy (-__-) in one of the locations we’ve been wanting to shoot for over a year now. 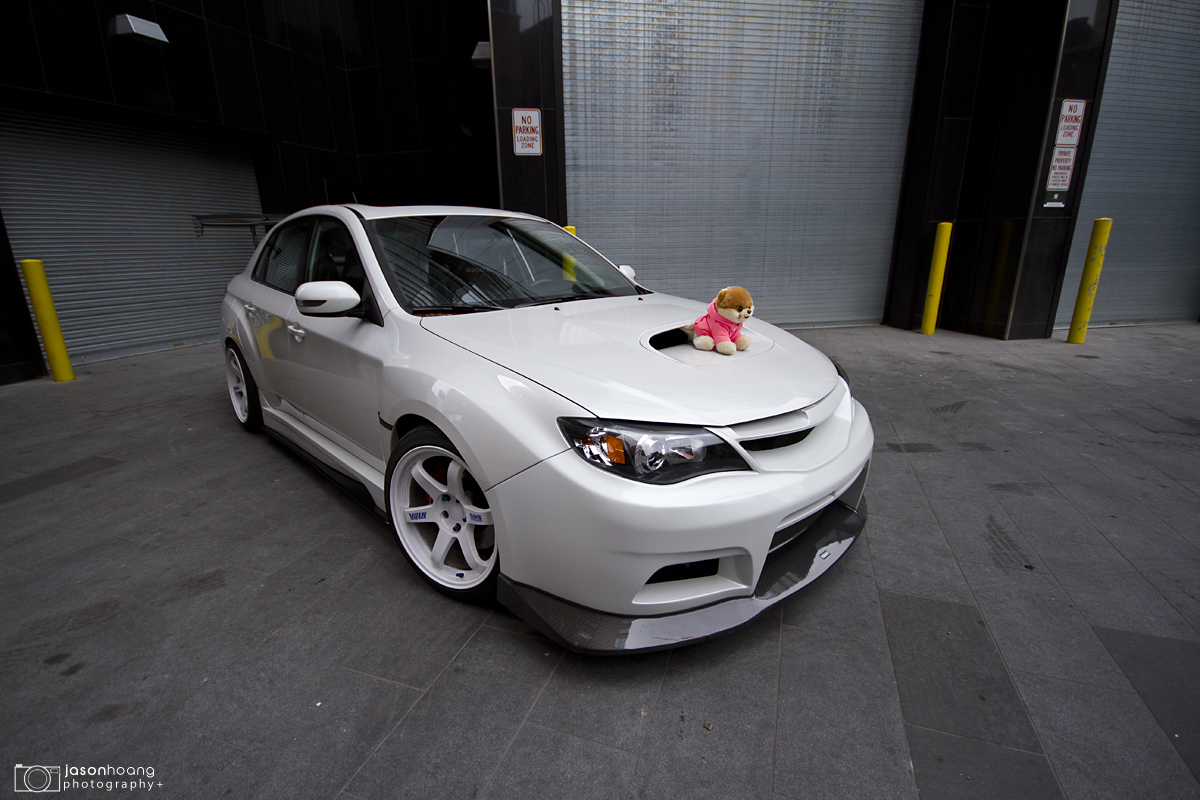 This was actually the perfect spot for my car. Maybe it’s fate – the gloss black tiles for the backdrop was perfect contrast for the white and carbon. Minus the fact that we had two security guards watching us, a few onlookers and the staff monitoring us, it was an awesome spot.

After the whole shoot, we went back to Simmon’s – it’s a nice place to park, quiet and right by the river. This Italian guy came up to us and asked us what we were doing there. We told him we were just taking pictures and he called us liars. He said we were there to dance. After that, he said usually him and a group usually meet in this very spot to do some latin dancing and wanted to know where everyone was. I thought he was crazy, but he was a nice dude. He asked if I had a phone and I said that I didn’t. Meanwhile, the people I thought were my friends scattered and left me alone with him. Derrick was the only one playing on his phone so I decided to throw him under the bus. I said that Derrick had a phone and he could use it. Well unfortunately, he ended up using it to call his entire contact list that he had written on a small piece of paper in his wallet that he had laid out on JC’s trunk LOL.

15 minutes later… still waiting for him to finish calling his contact list to find out where this dance group is.

Derrick isn’t too impressed with me and I decided to take a picture of it for hilarious moments down the road. Now that I think about it, the dance thing didn’t start until 4. He was freaking out half an hour early. By 4, the dance instructor had showed up. Wasted our time. But Derrick made a new friend…