I remember when I first got the wing, I picked it up and we went over to Prashant’s to install it and get it mounted cause I was itching to put it on. Those that know me know that I’m the most impatient bitch ever and if I have to wait for things, I will do three things. I will either pay to get whatever I want here faster, I will change my mind and find something else that I can get quicker, or I will bug the shit out of you until you agree to give me a hand with an install LOL.

Once the wing was on, of course the stickers were last and the cherry on top. I didn’t really think about how the stickers went or are “usually” put on. I just thought they were put on there and that was that. So I slapped them on there and they looked alright. The next day I remember looking at other cars with Voltex wings on them and they all had them on lined with the top, over the rivets and such. I had it near the bottom, barely straight, with not much thought.

Since last year, that shit has been bugging the hell out of me and I’ve been looking for replacement stickers for months. No go – nothing that would fit since they were either banner stickers or some weird size. Every day that I looked at the car, it looked great except that crooked, out of place sticker. Mind you, anybody can put stickers on however the hell they want, but generally they were put on this way so I needed it on that way.

Gave Terence a text yesterday and asked if he could meet up with me to get them made for me quick cause I couldn’t stand it anymore. I met him this evening, measured it out and cut it and boom. Now my wing is perfect in my eyes haha. I didn’t take any before pictures, but if you look through my old posts, there’s bound to be a pic of it and you’ll see what I mean if you share the same type of OCD as I do. 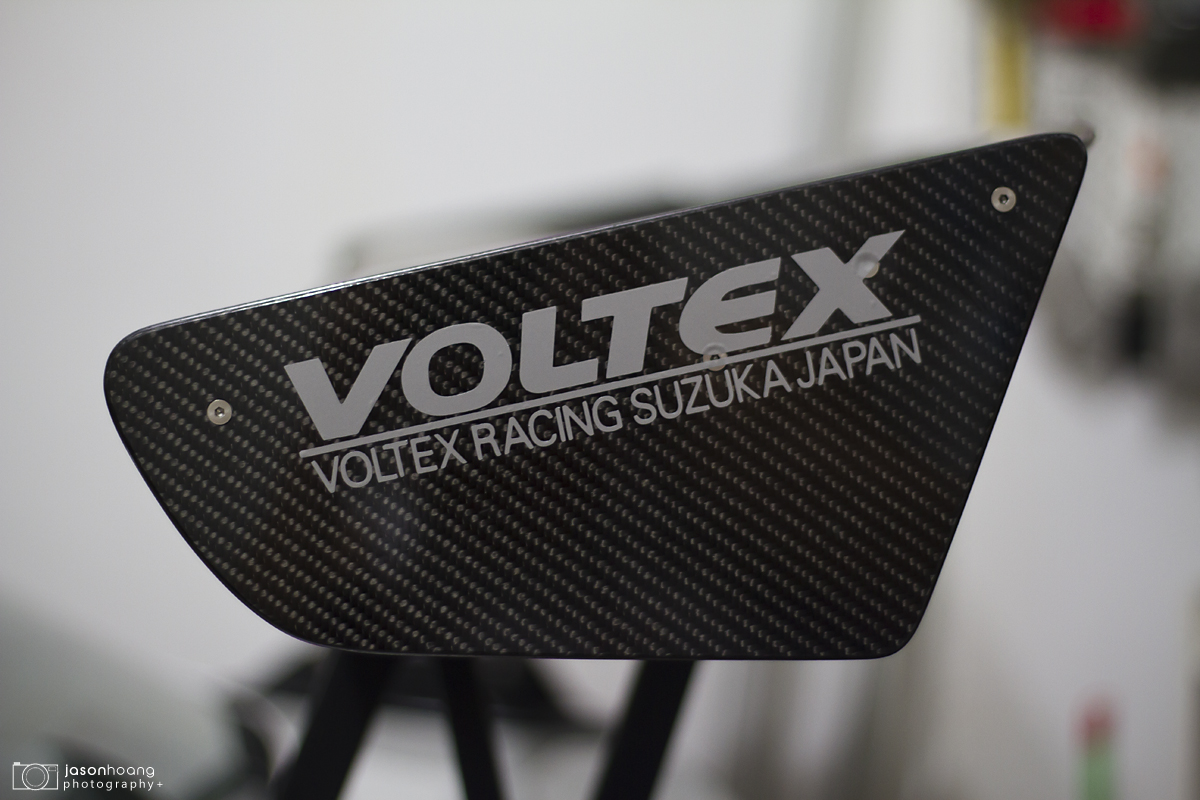 Looks so good now. Thanks Terence!